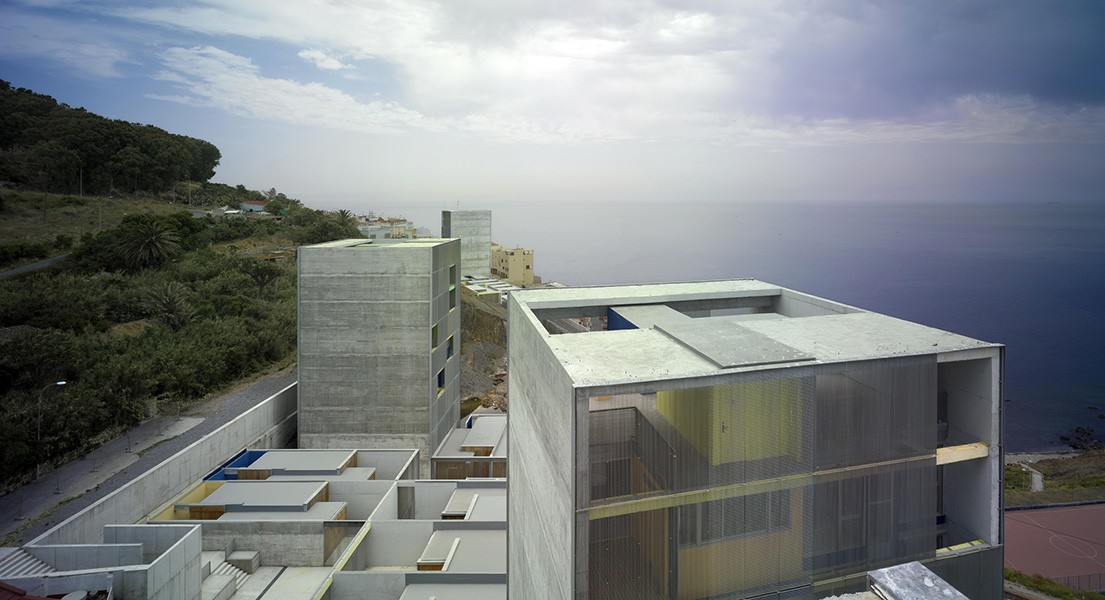 Of which
Residential: 70 %
Public/communal areas: 30 %
Facilities for the public: 0
Business/trade: 0
Offices: 0
Number of residential units: 140

DESCRIPTION
The contemporary project must aspire to capturing the suggestions of other disciplines. We are not the first to say that architecture does not necessarily proceed or derive from architecture itself. It is advisable to learn from everything and better still to be influenced by other disciplines. Contemporary art uses the idea of an “installation” to explain how the work of art can show all the forces, all the conditions, which modify or influence the shape of a place. In the end the art object disappears or, better yet, dissolves thanks to the original conditions of the place prior to the object itself. 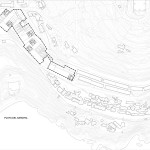 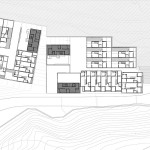 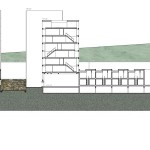 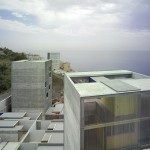 The growth of the contemporary city plunges us into these kinds of conditions, conditions present in our as yet non-built surroundings. Architecture needs to permanently negotiate unstable or highly modified landscapes, impossible topographies and heterogeneous programmes.  All this calls for a conception of the segmented, dissolved project that grasps the remains of the sometimes most non-existent landscape it is possible to imagine.
The contemporary project moves within this difficult mindset, more paradoxical than ever, which makes the principles of architecture reel upon having to borrow suggestions from other disciplines to make it viable.
In this growth, the new spaces that the city claims demonstrate the predominance of the concept of a wild “landscape,” as opposed to that of a domesticated city. In its tentacle-like prolongations the city must speak of this newly discovered territory.
The plot of land the Europan 5 competition proposed in Ceuta had these characteristics. Monte Hacho, a place riddled with fortifications incrusted in a rocky mountainside, suffers the aggressiveness of the east wind, which blows 200 days a year at an average of 80 kilometers an hour. On top of that, the impenetrability of the rock and the accentuated topography have forced the self-constructed buildings in the area to adapt to cavities, hollows and small flat areas in order to colonize the singular nature of this place. The location, a former quarry, is full of pits resulting from the extraction of stone. The new houses protect themselves from the wind at the same time as they describe its lashing. These conditions, along with the implantation, communications with the city and the typologies of the houses, substantiate the decisions of the project.
The complex consists of 127 officially protected houses, of which 41 are single-family and the remainder distributed in six tower blocks, each of them fixed firmly in the old excavations of the quarry. Due to the strong topography and the rocky structure of the terrain, the single-family houses attempt to “scratch” the ground as little as possible, the rock being thereby introduced inside the dwelling, and the latter into the little pits of the pre-existing quarry.
In order to protect itself from the wind, the concept of a “niche house” makes its appearance: the house cannot present its facade directly to the wind, but should construct its own barrier, instead, without ceasing to relate to the exterior. The resulting open space is as important as the space that is occupied. There is al so the “reversible house”: a type of housing in which the position of its components can be interchanged, depending on the views: towards the Mediterranean or towards the Atlantic. On the other hand, and due to the topography of the terrain and to the rationality of the types proposed, we have thought of setting out the entrances as is fitting (upper or lower), although generally speaking one accedes to almost all the single-family houses from the street via the first floor, in which are situated the lounge, kitchen and terrace. The project’s six towers emerge from the cluster of houses described above. The sum total in vertical terms of the functional packages-a package of bedrooms and of a kitchen and lounge-that adapt to the single-family houses are not in vain; packages freely set out on the ground plane, making for spatial diagonals towards the exterior that seek to capture the landscape of the Straits of Gibraltar.
The direct action of the wind and the damp climate oblige the relationship of the house to the outside to be established through an intermediary, open-air space (also conceived as a functional package) that, without sticking out from the vertical plane of the tower, is excavated in the latter and acts as a form of ventilation and lighting for the entire house.