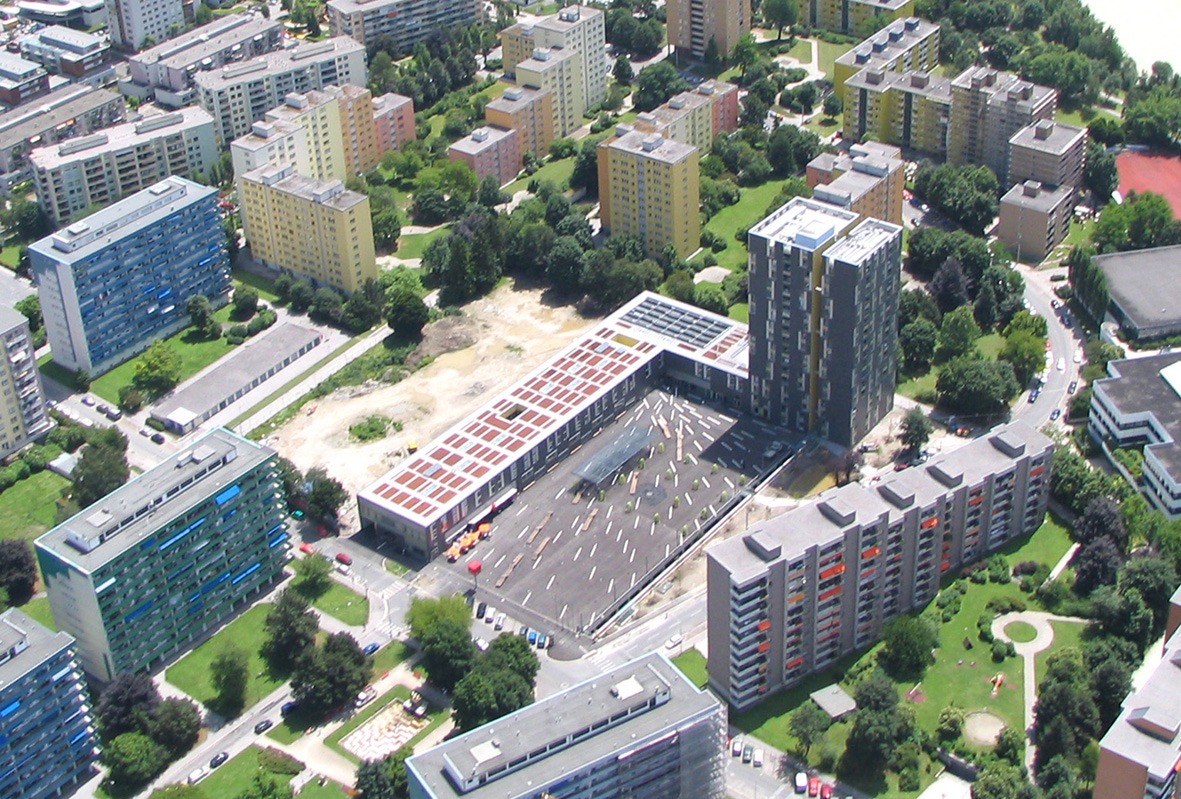 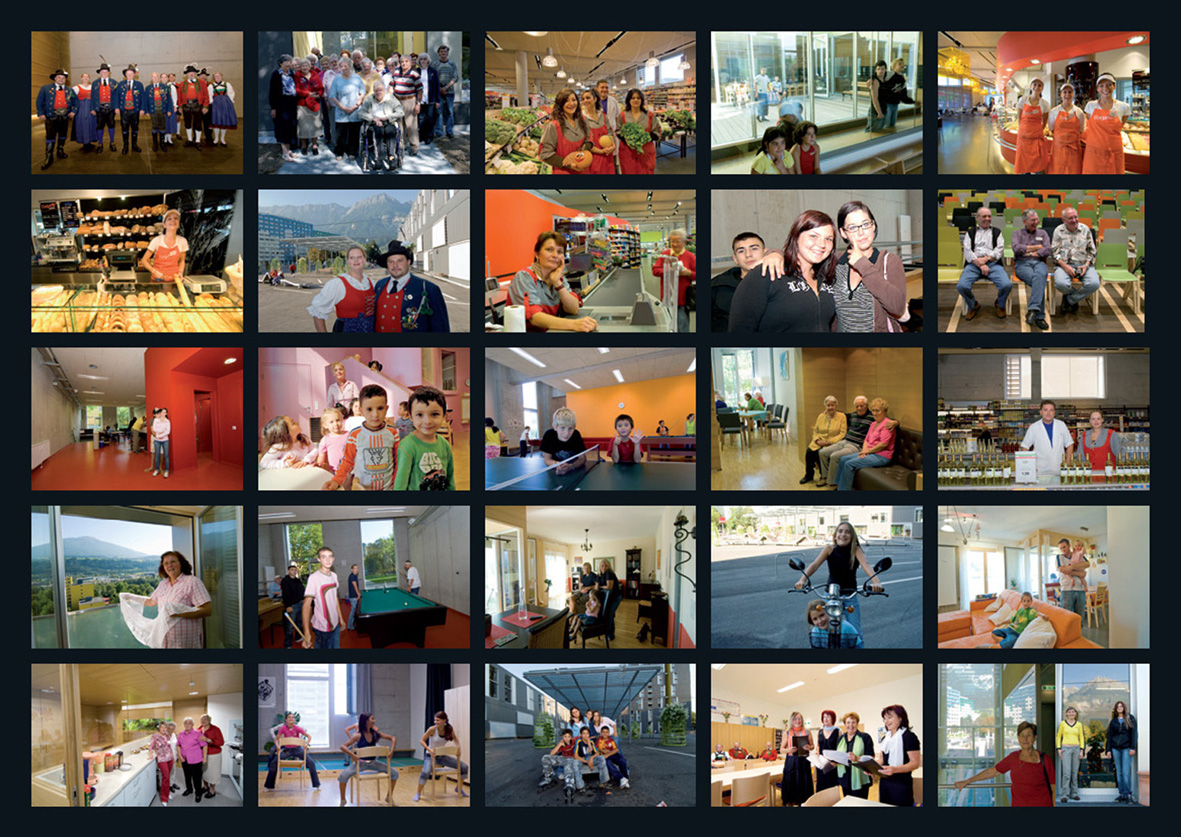 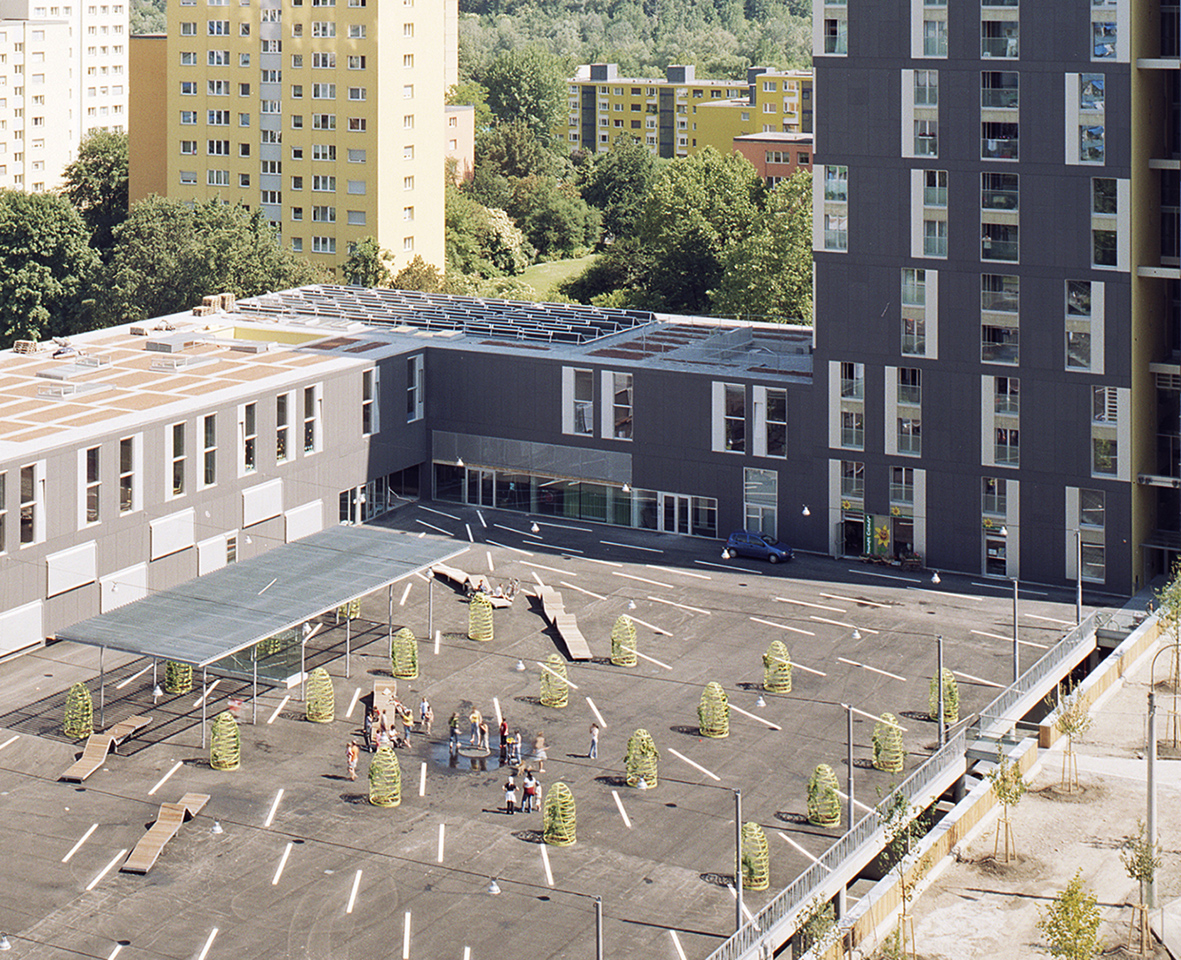 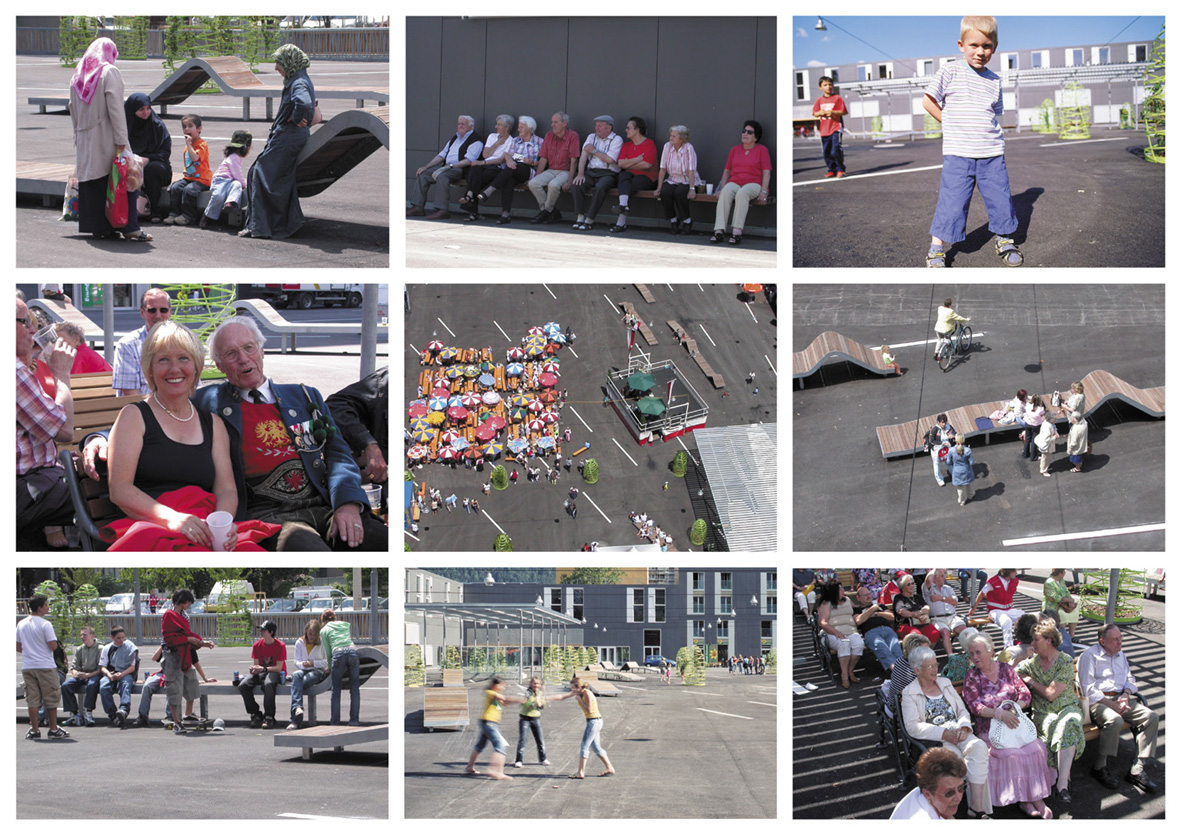 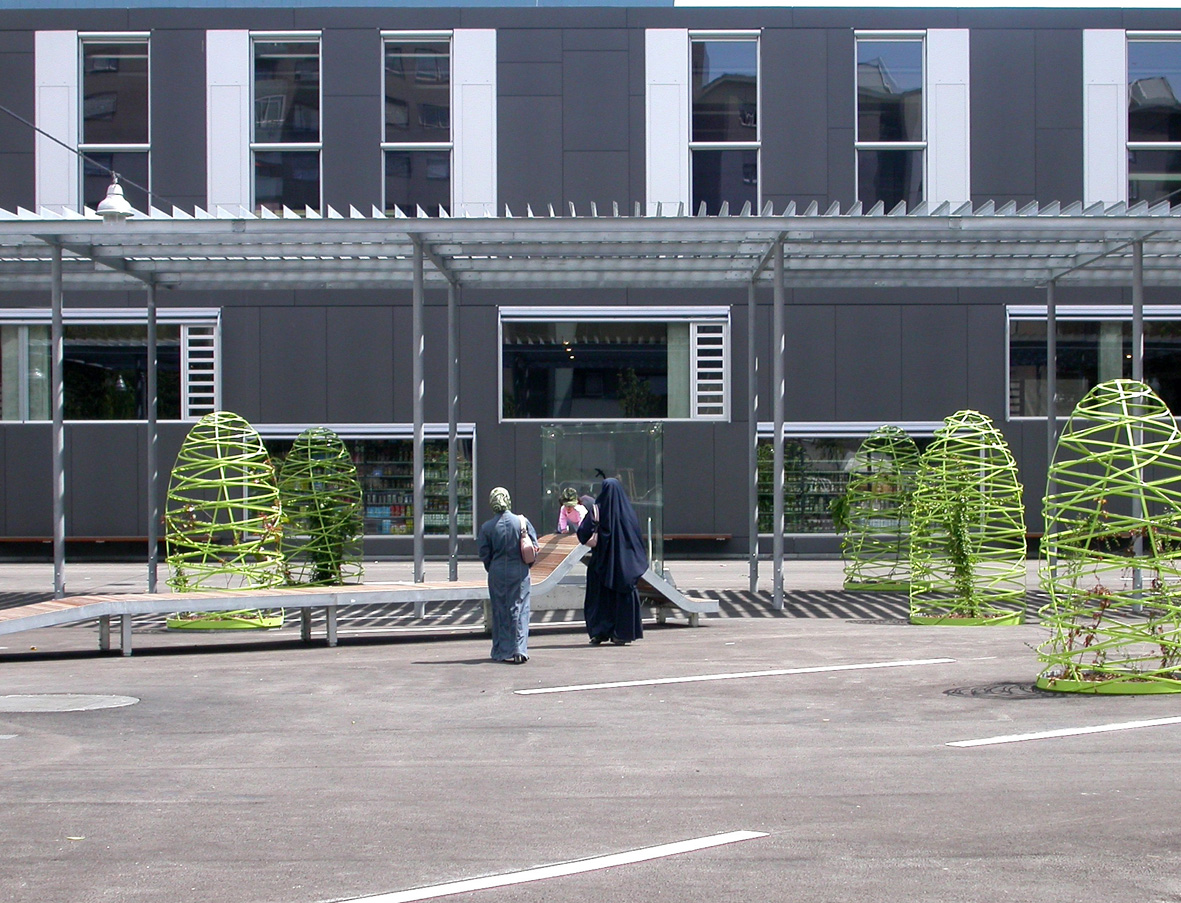 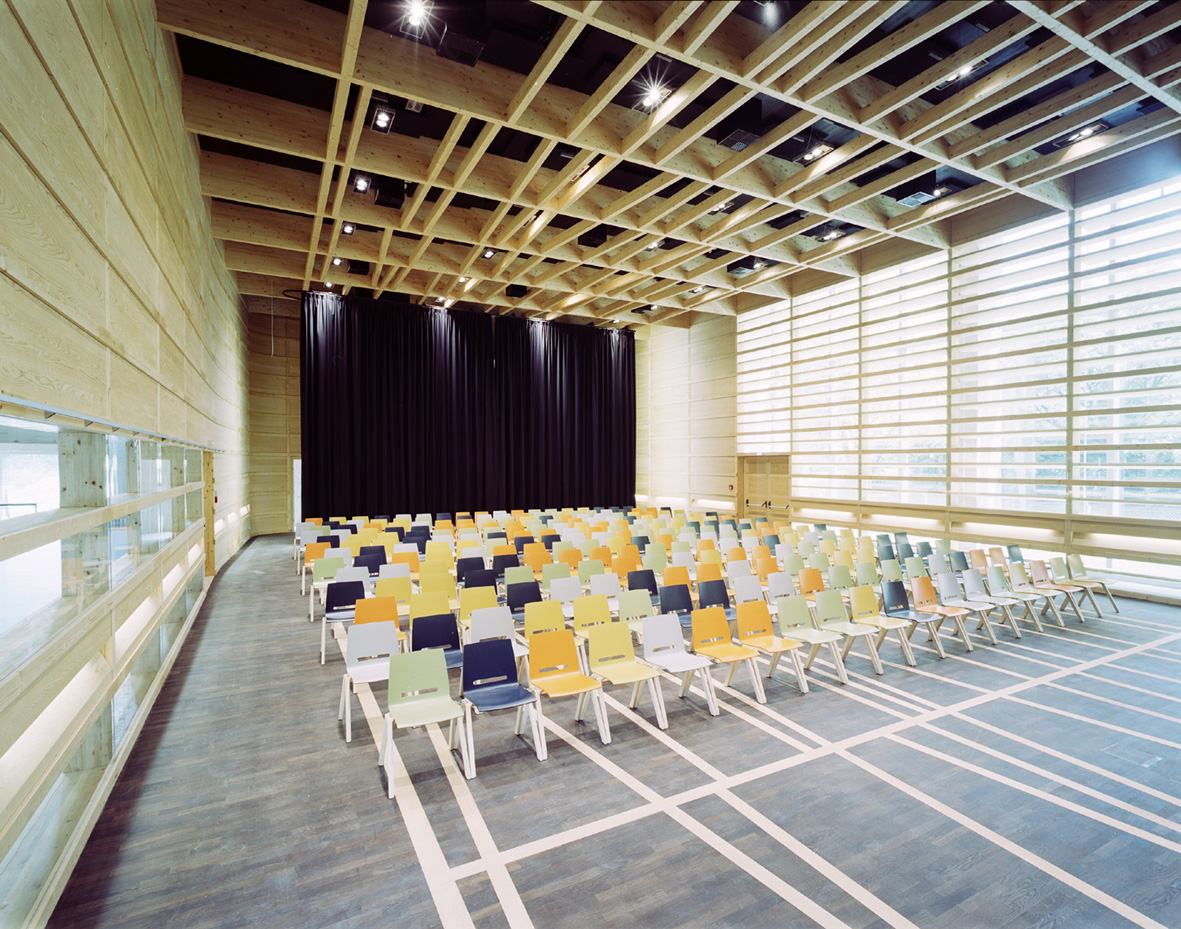 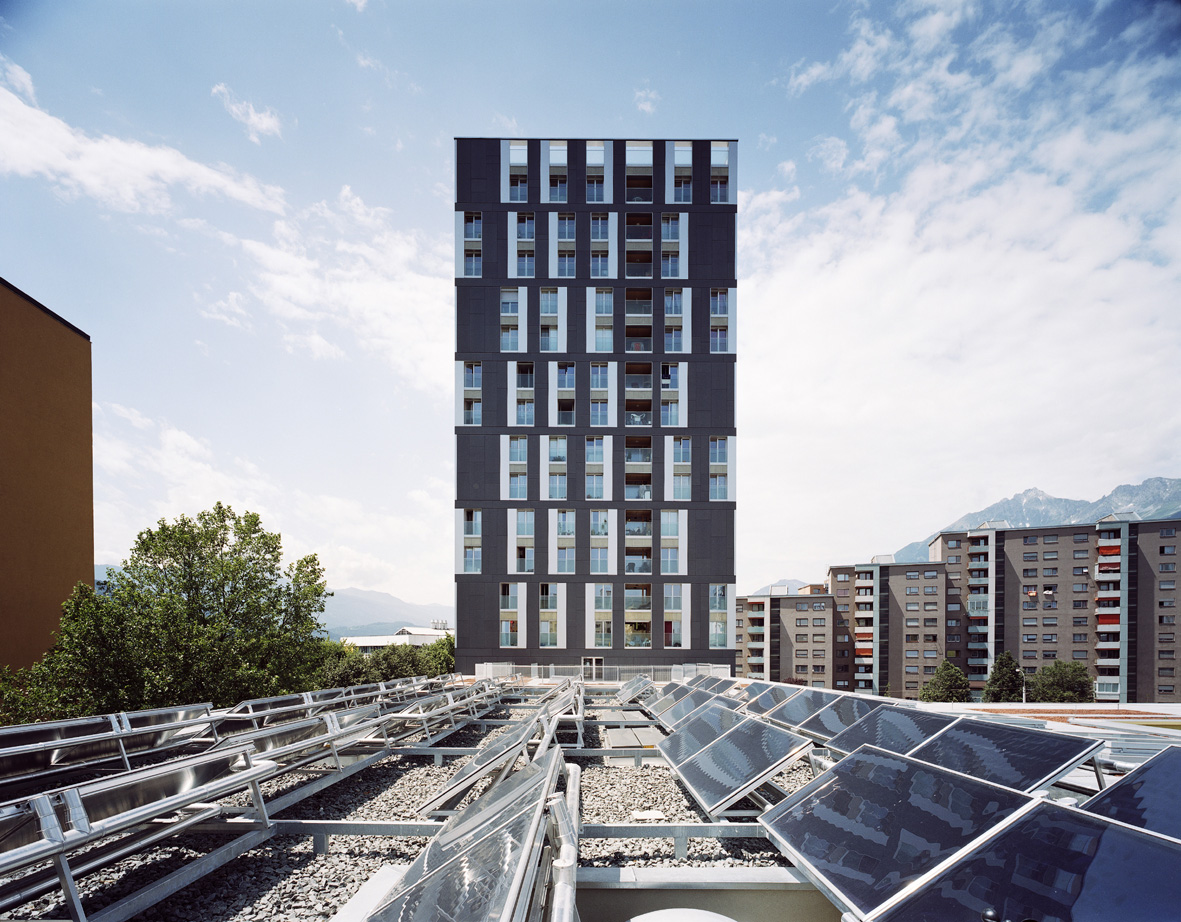 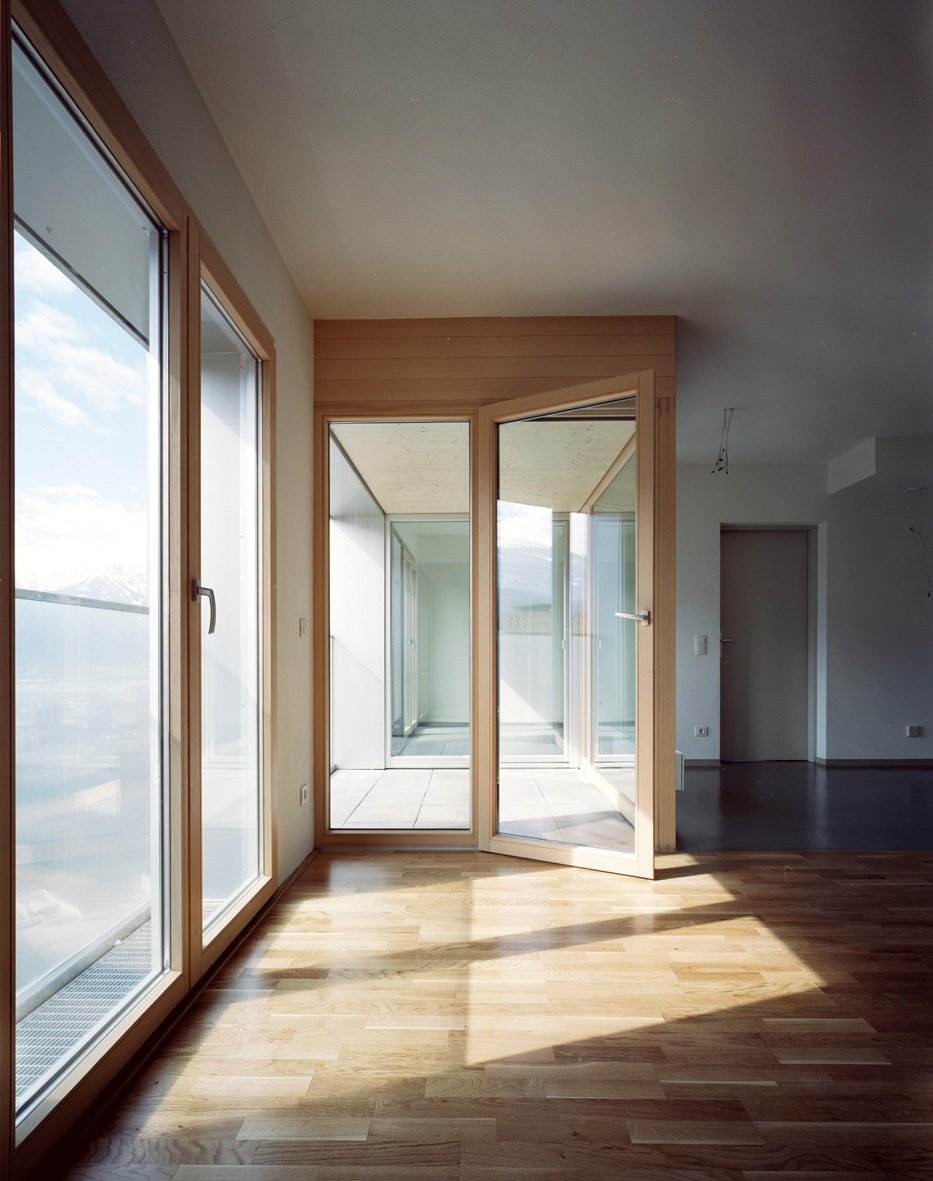 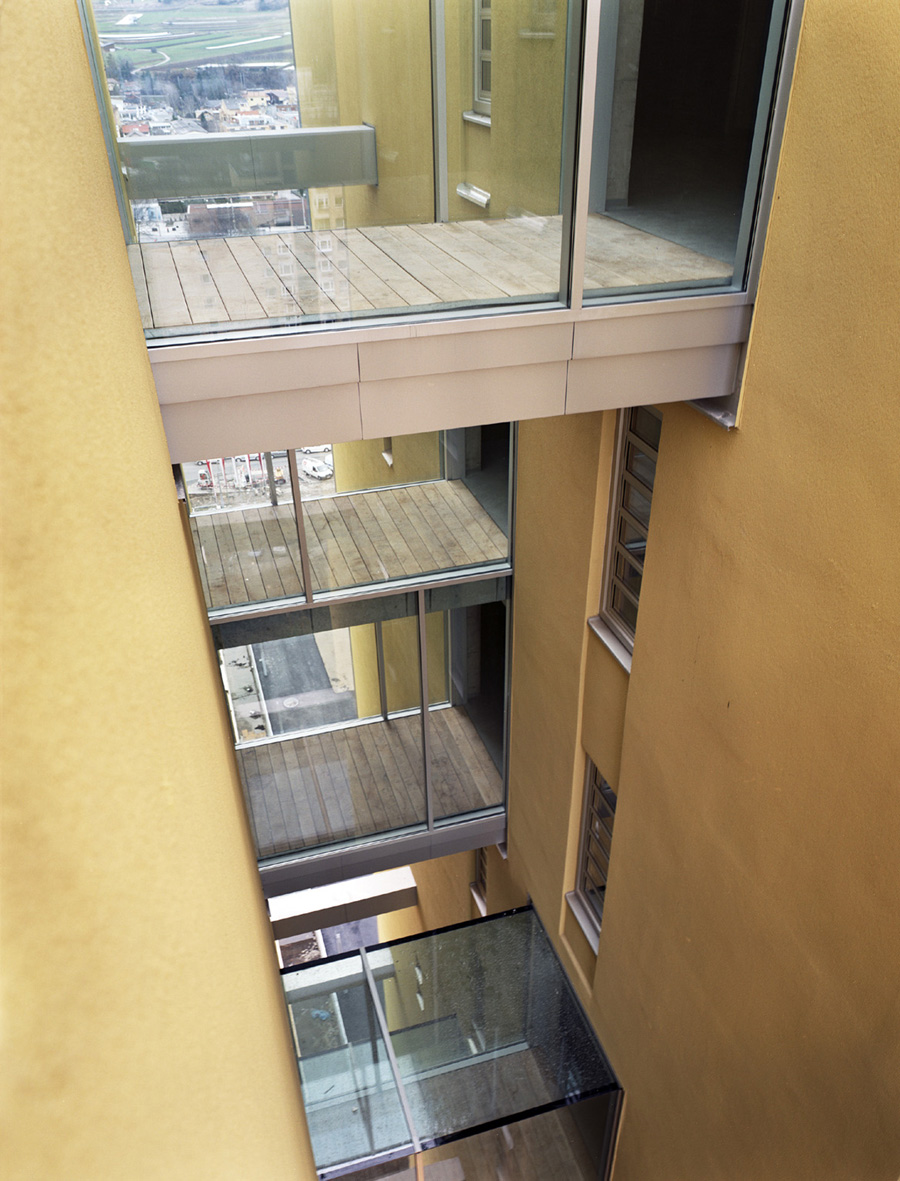 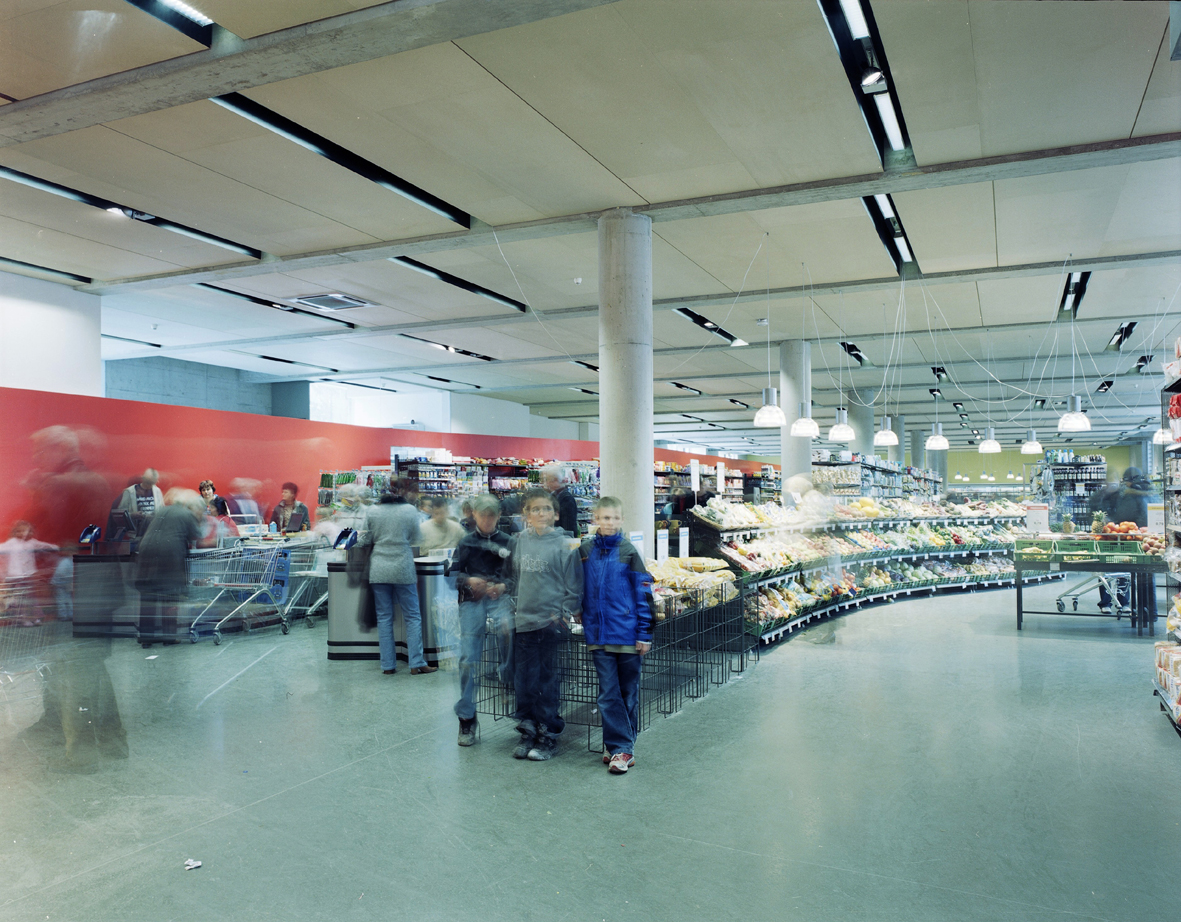 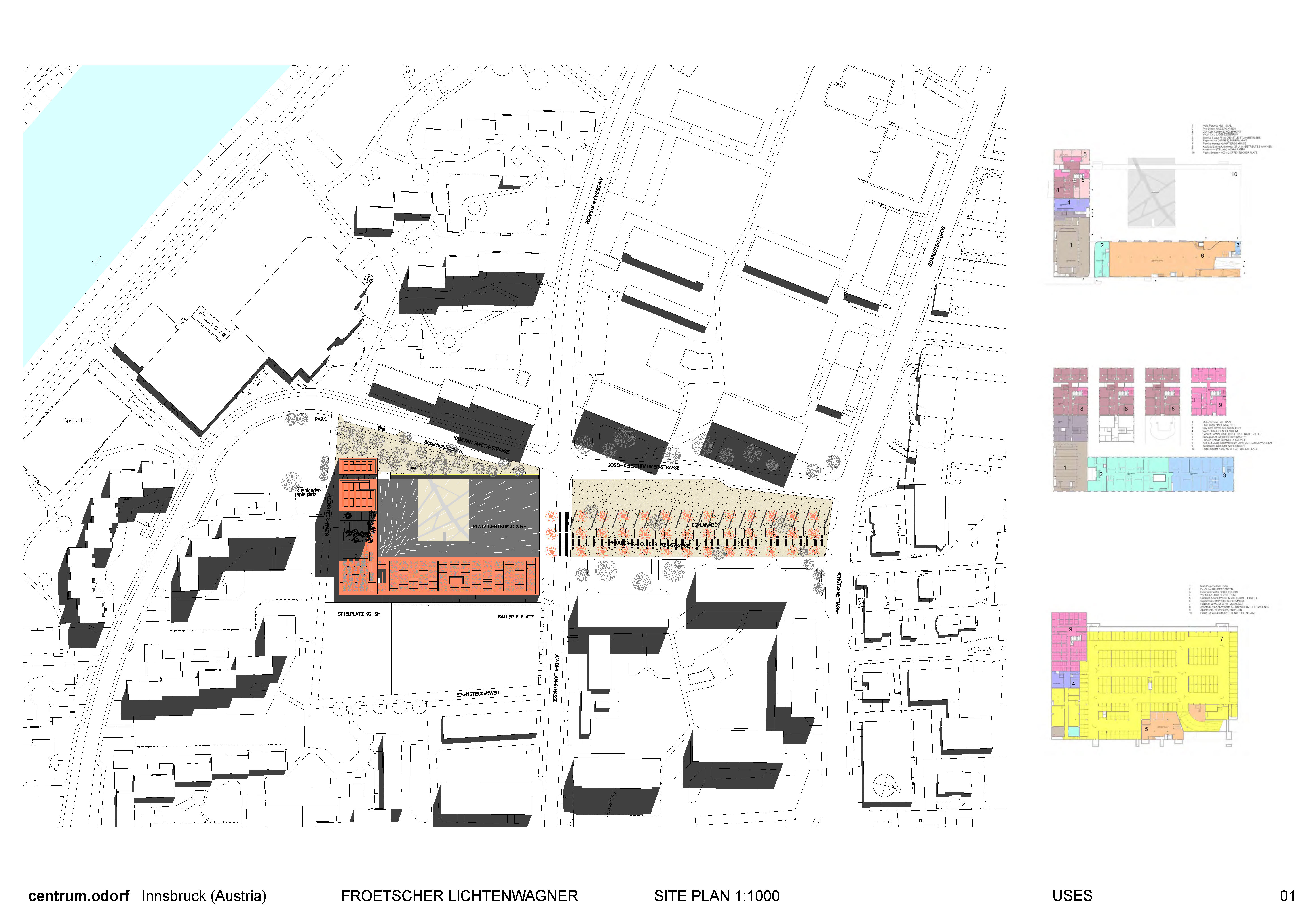 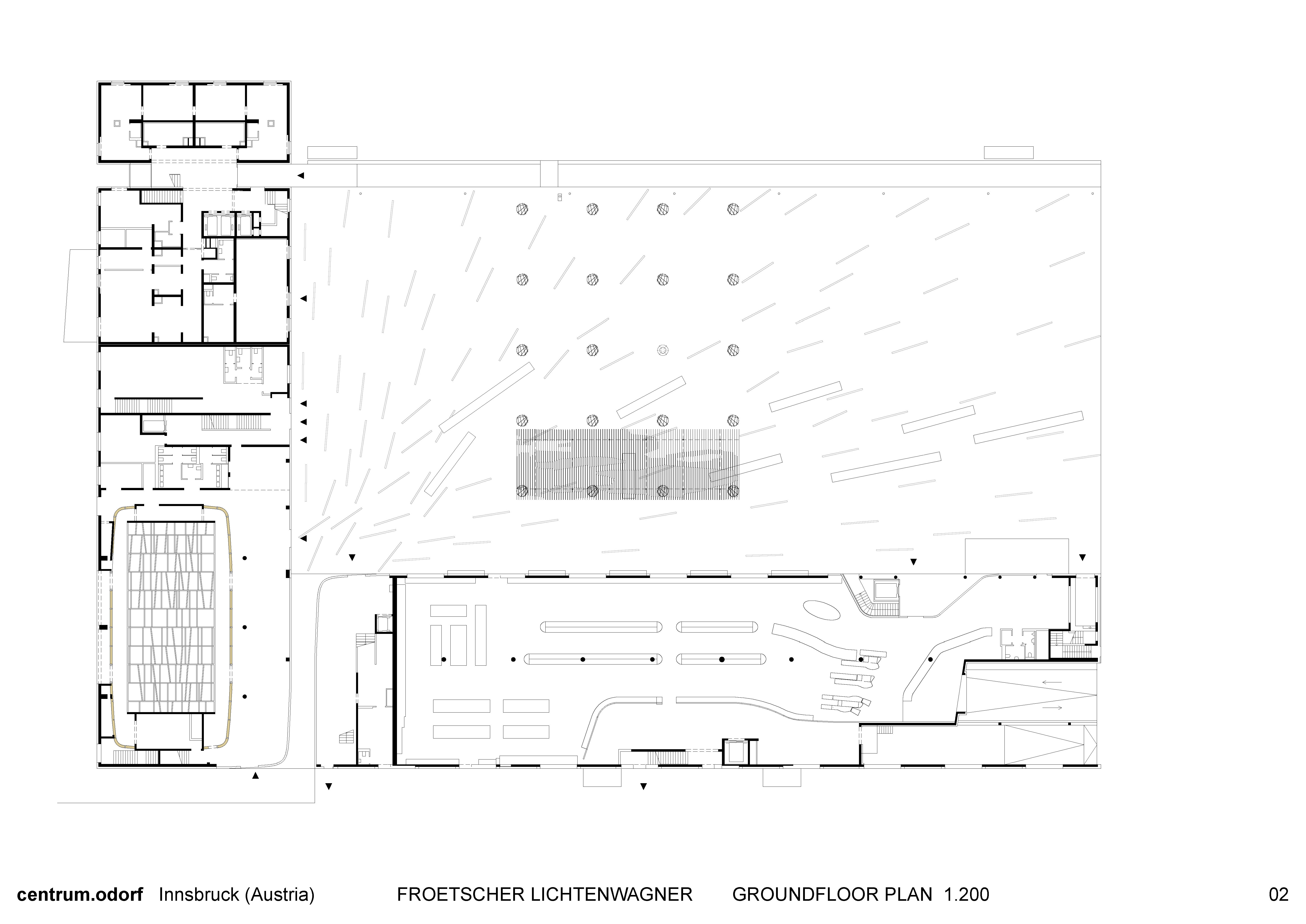 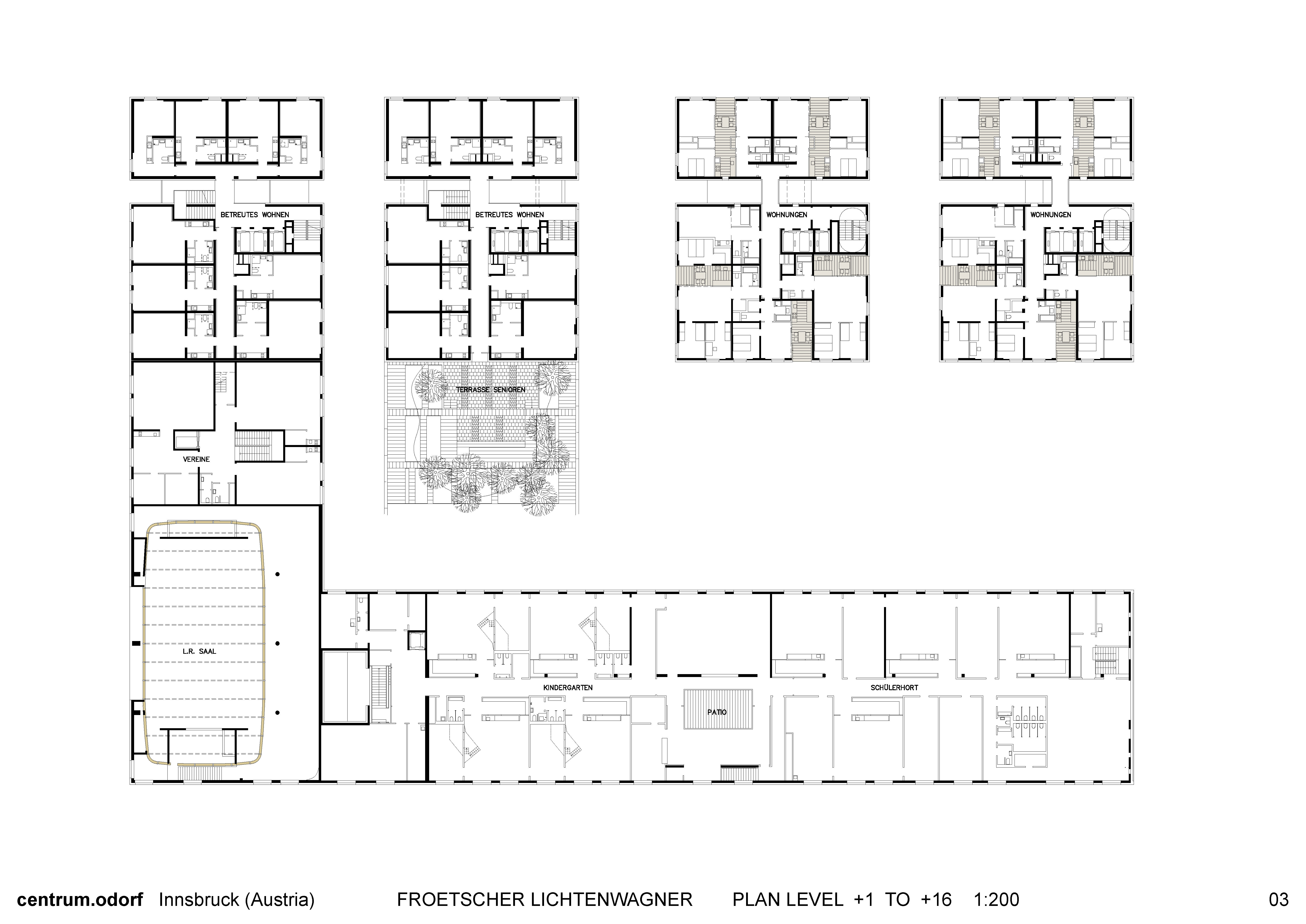 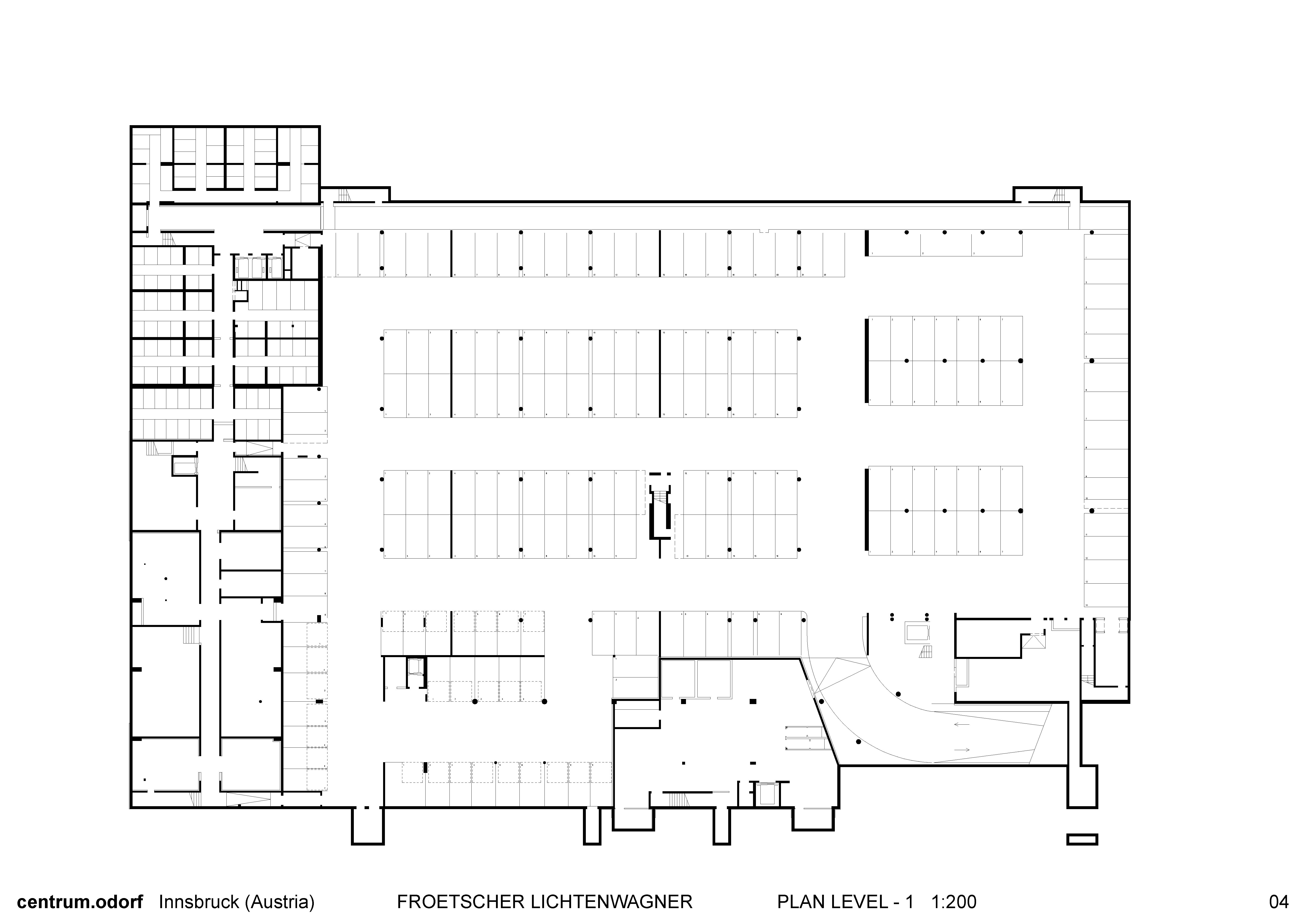 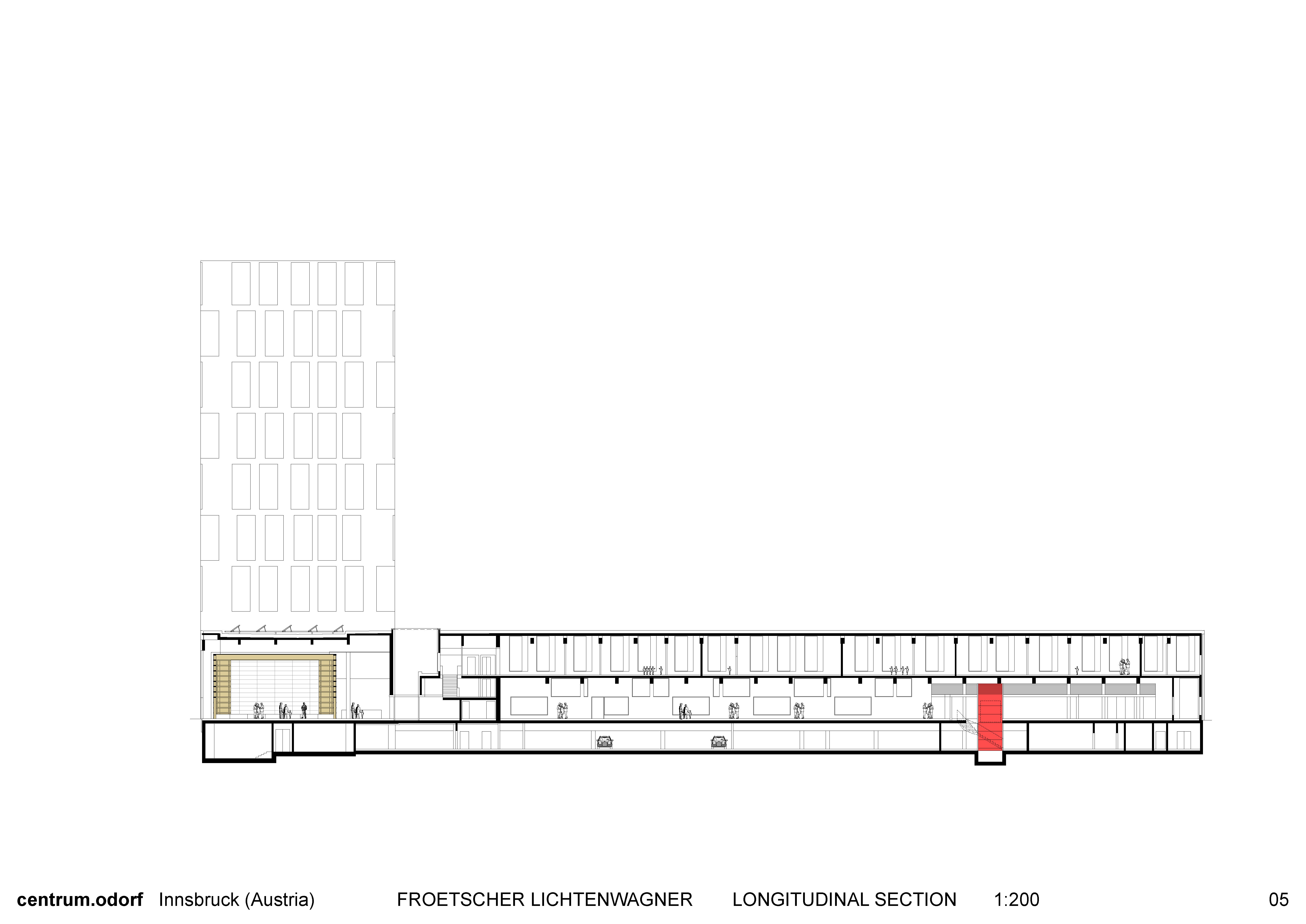 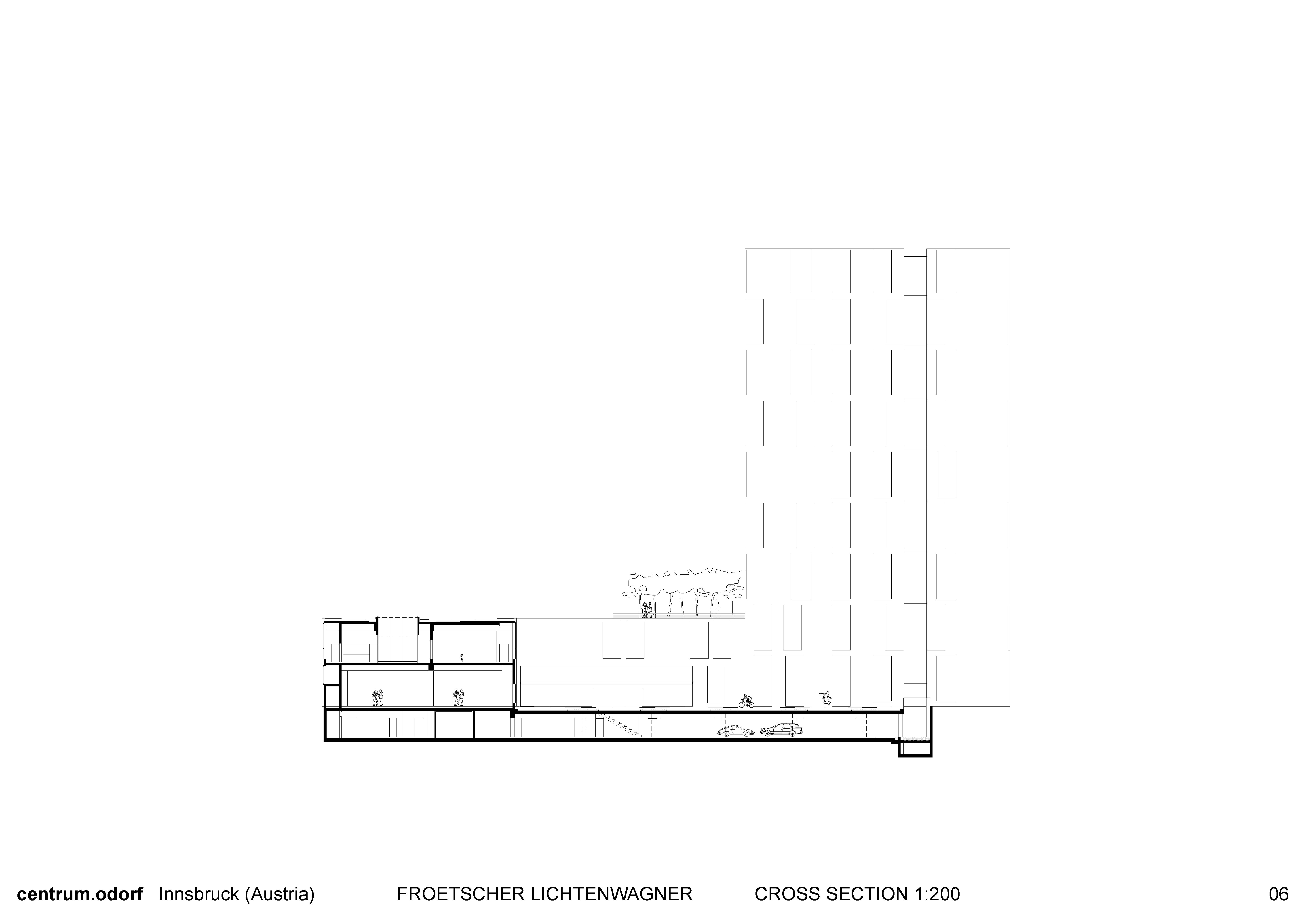 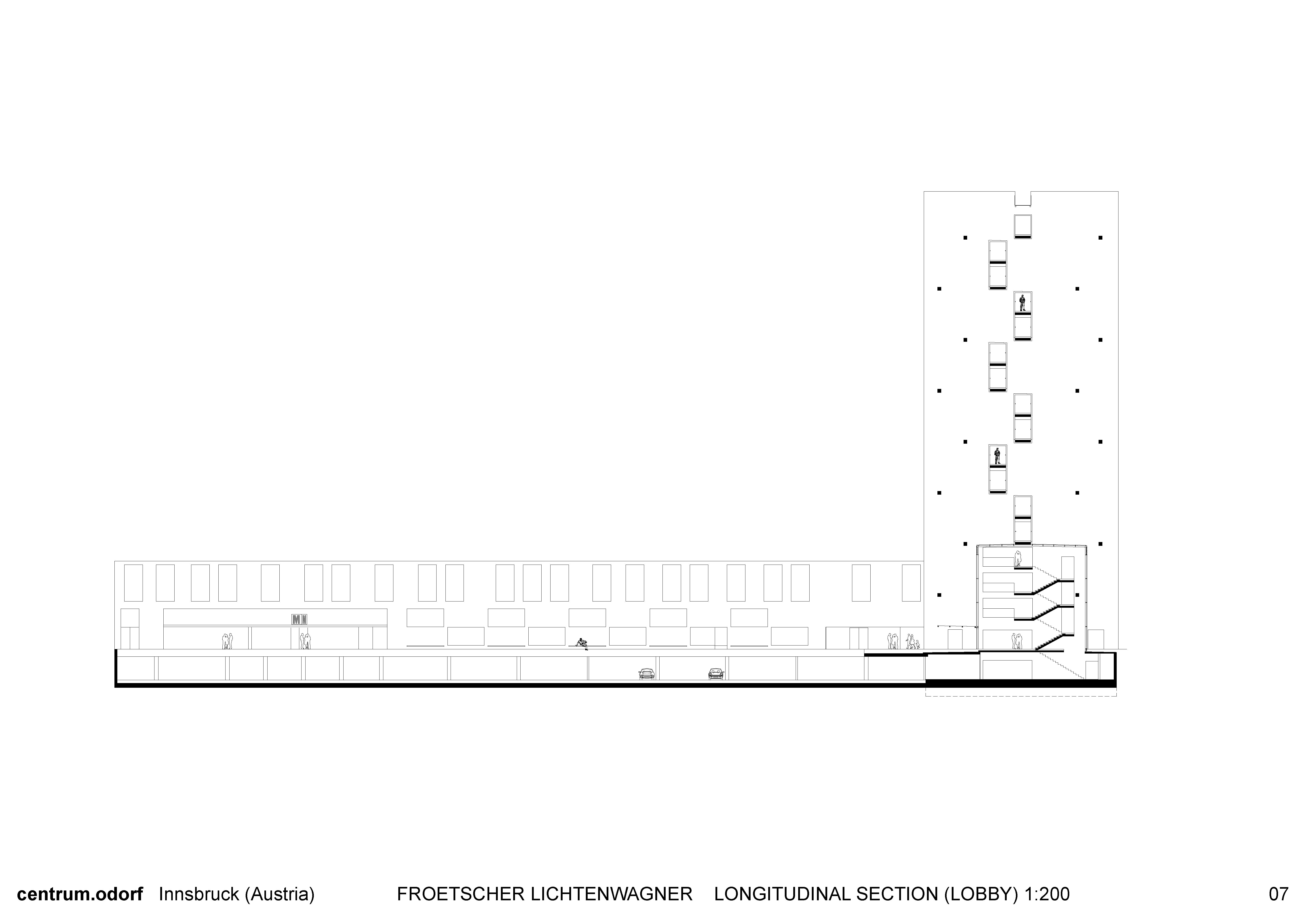 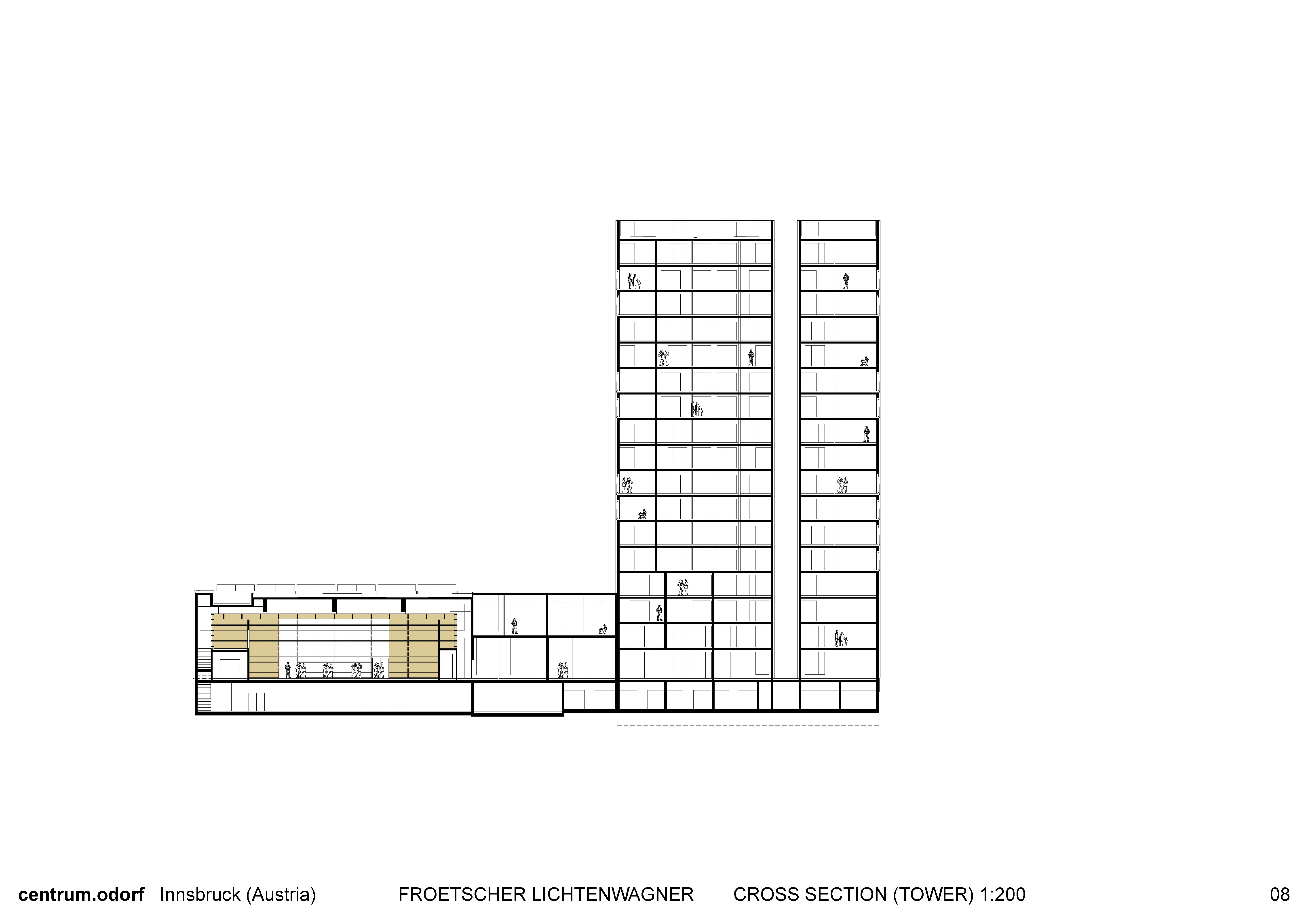 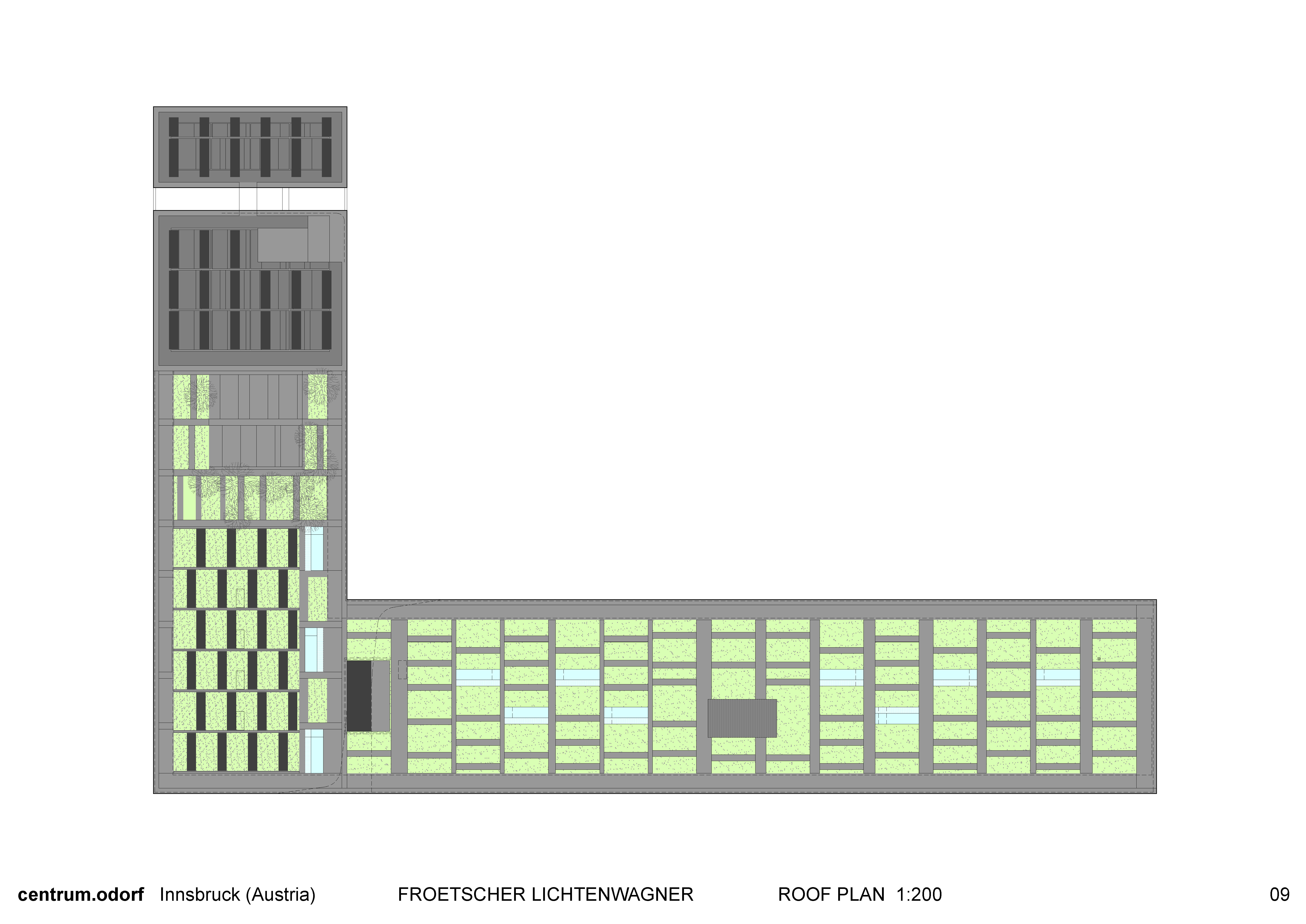 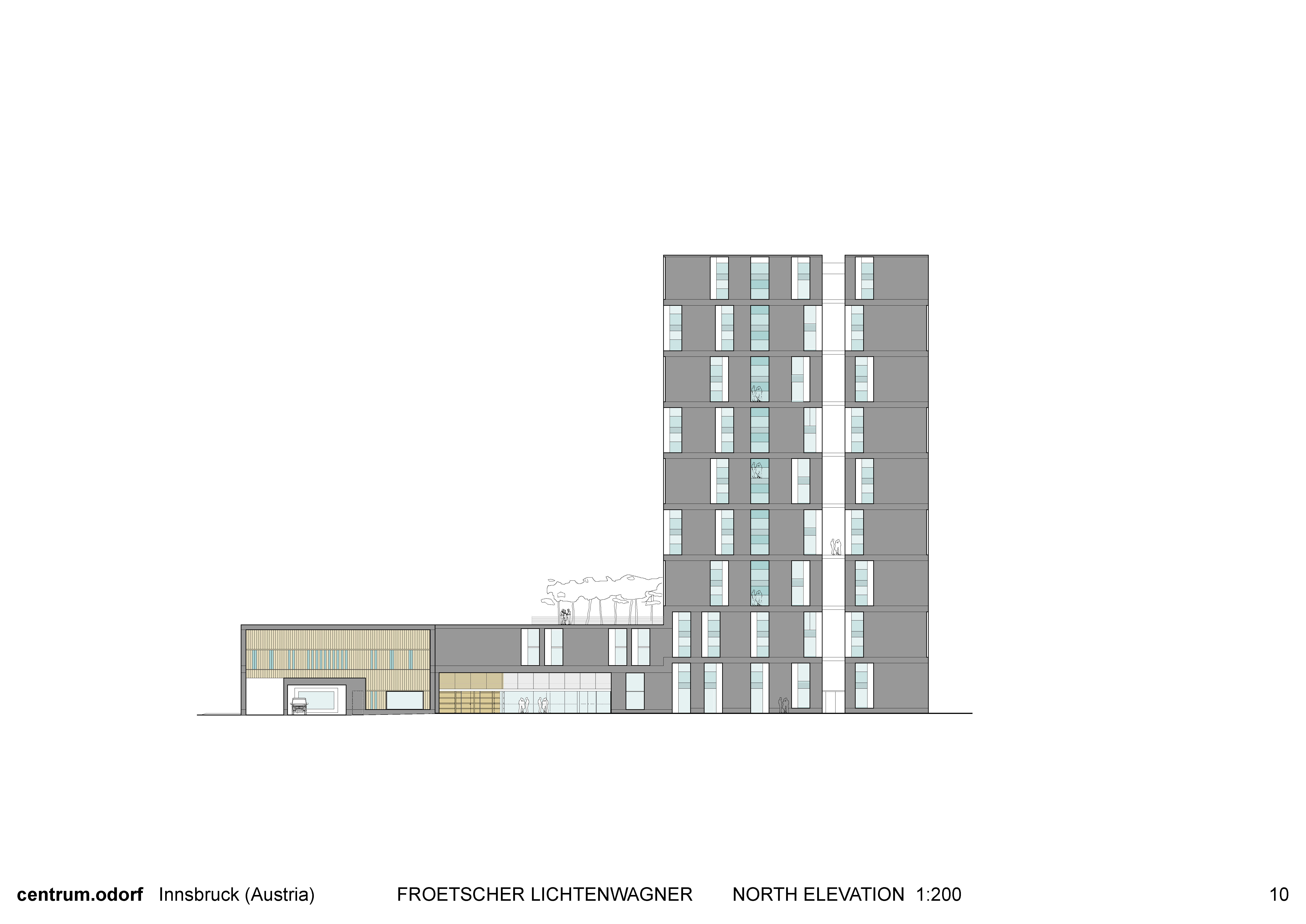 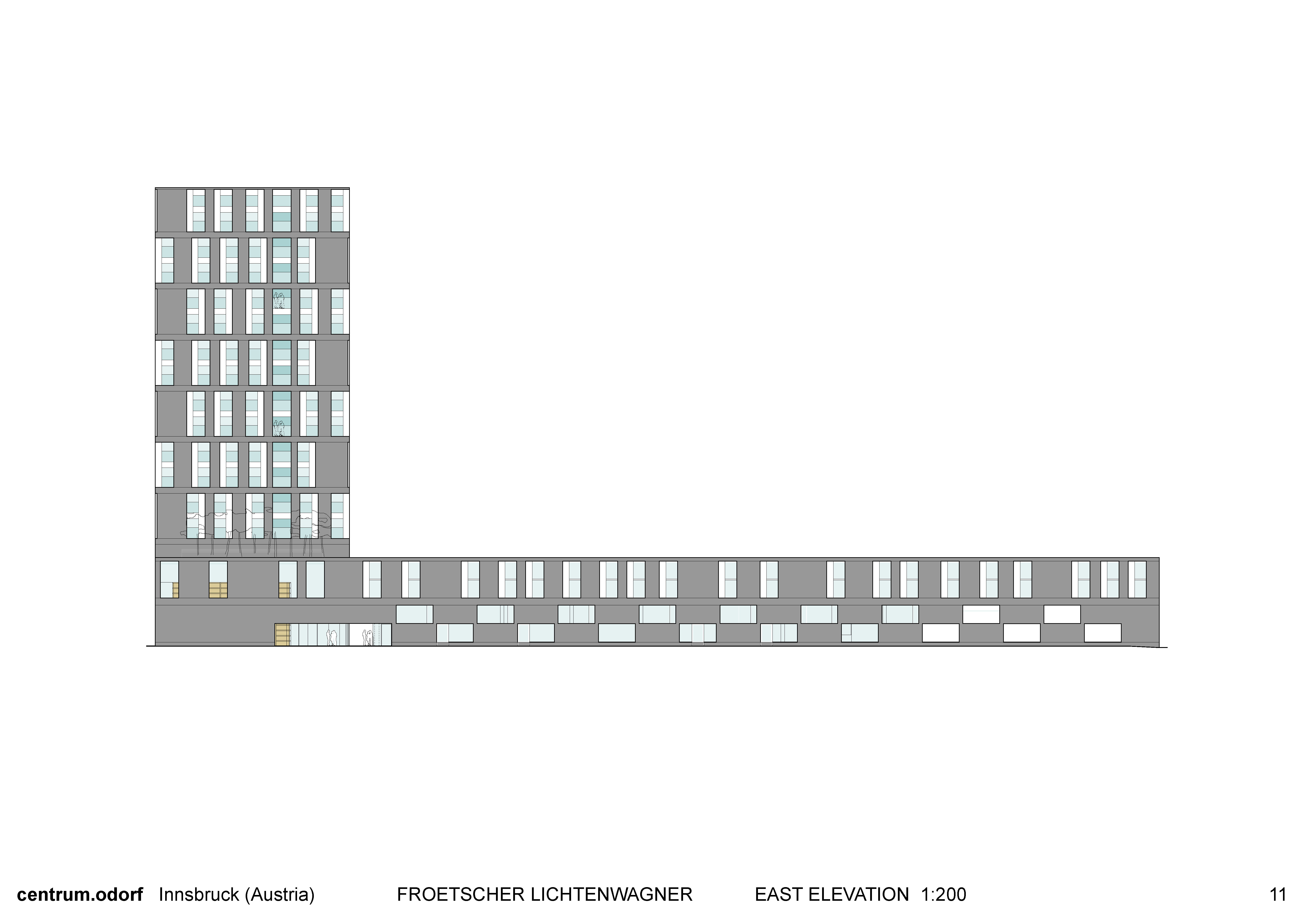 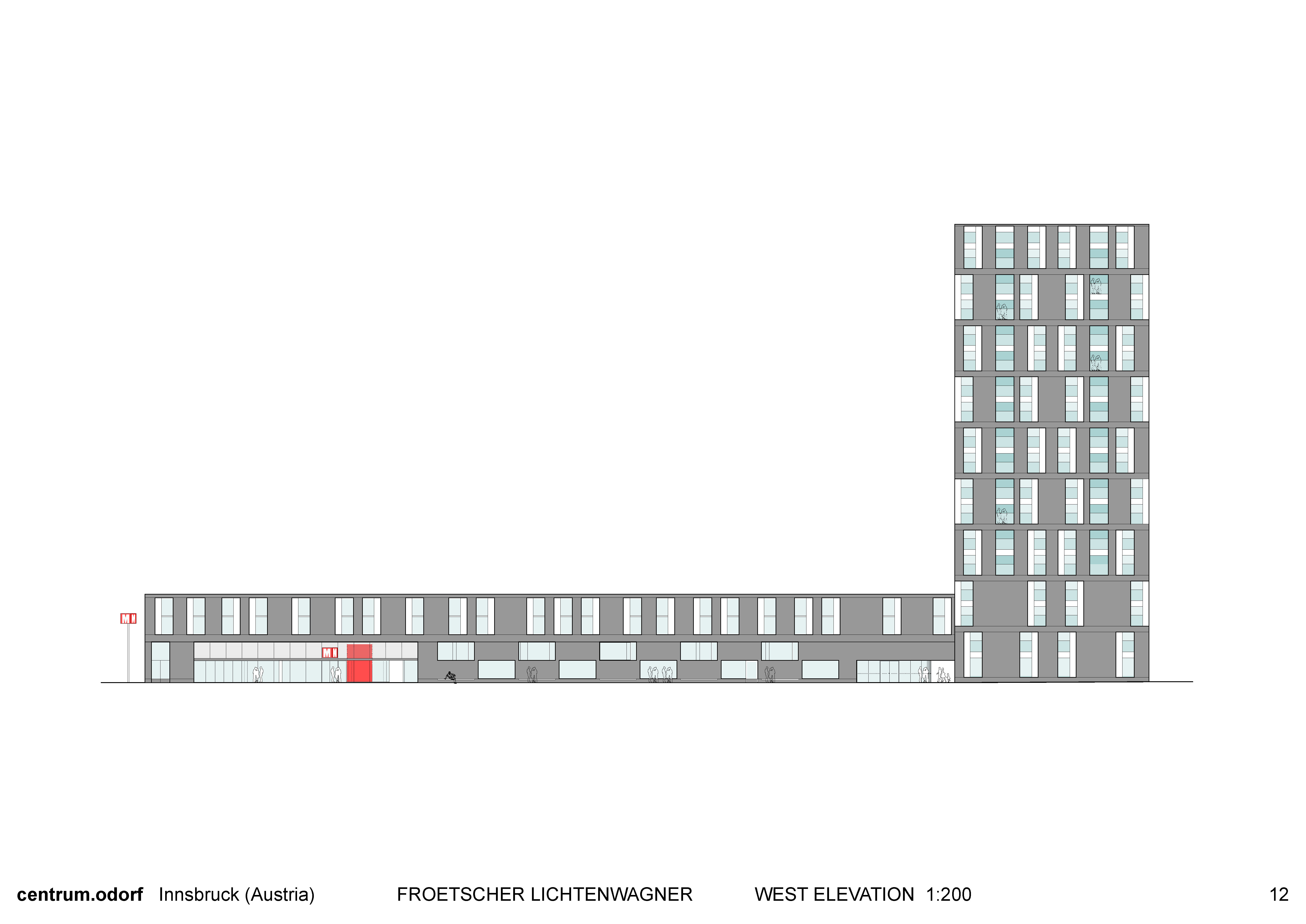 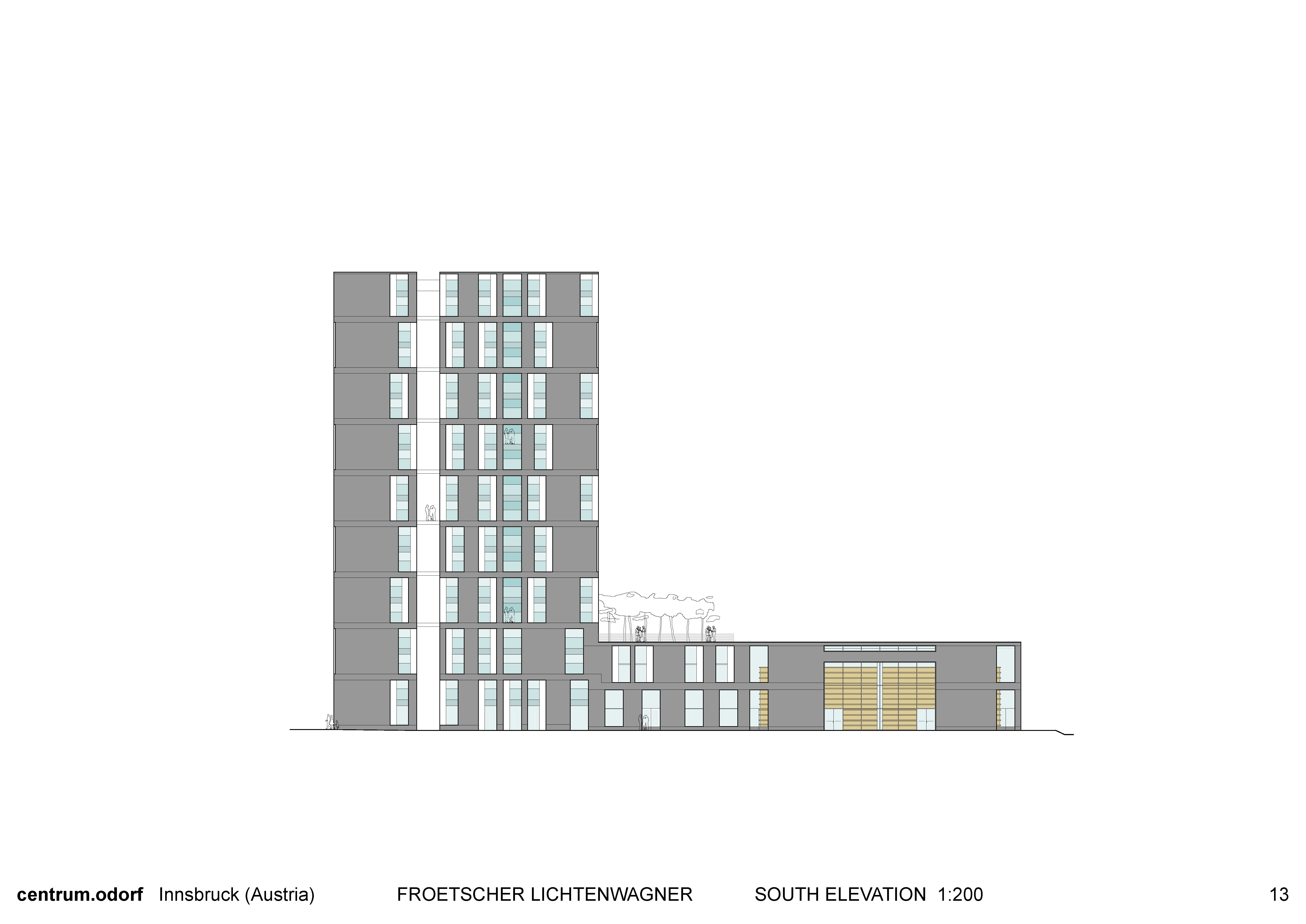 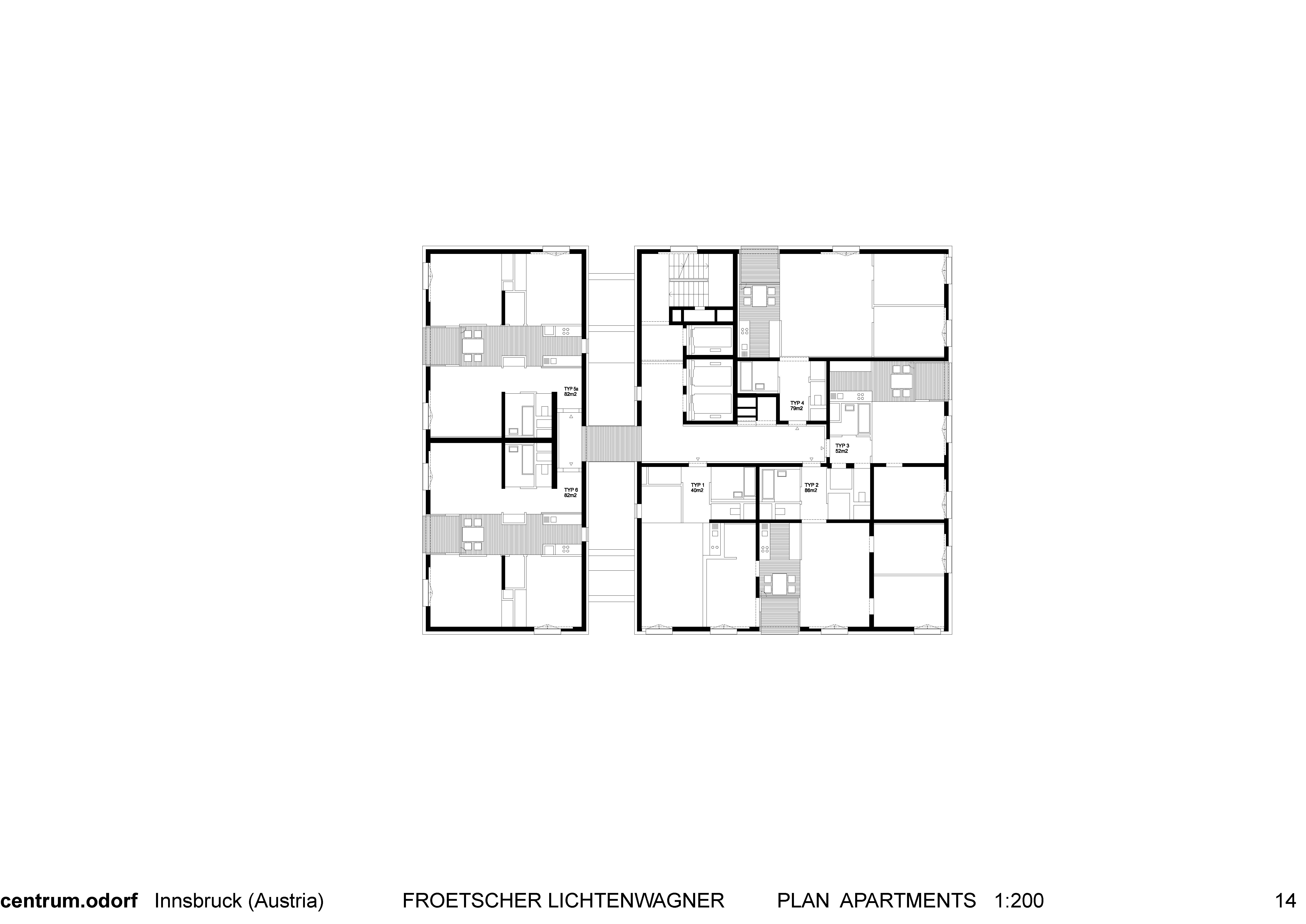 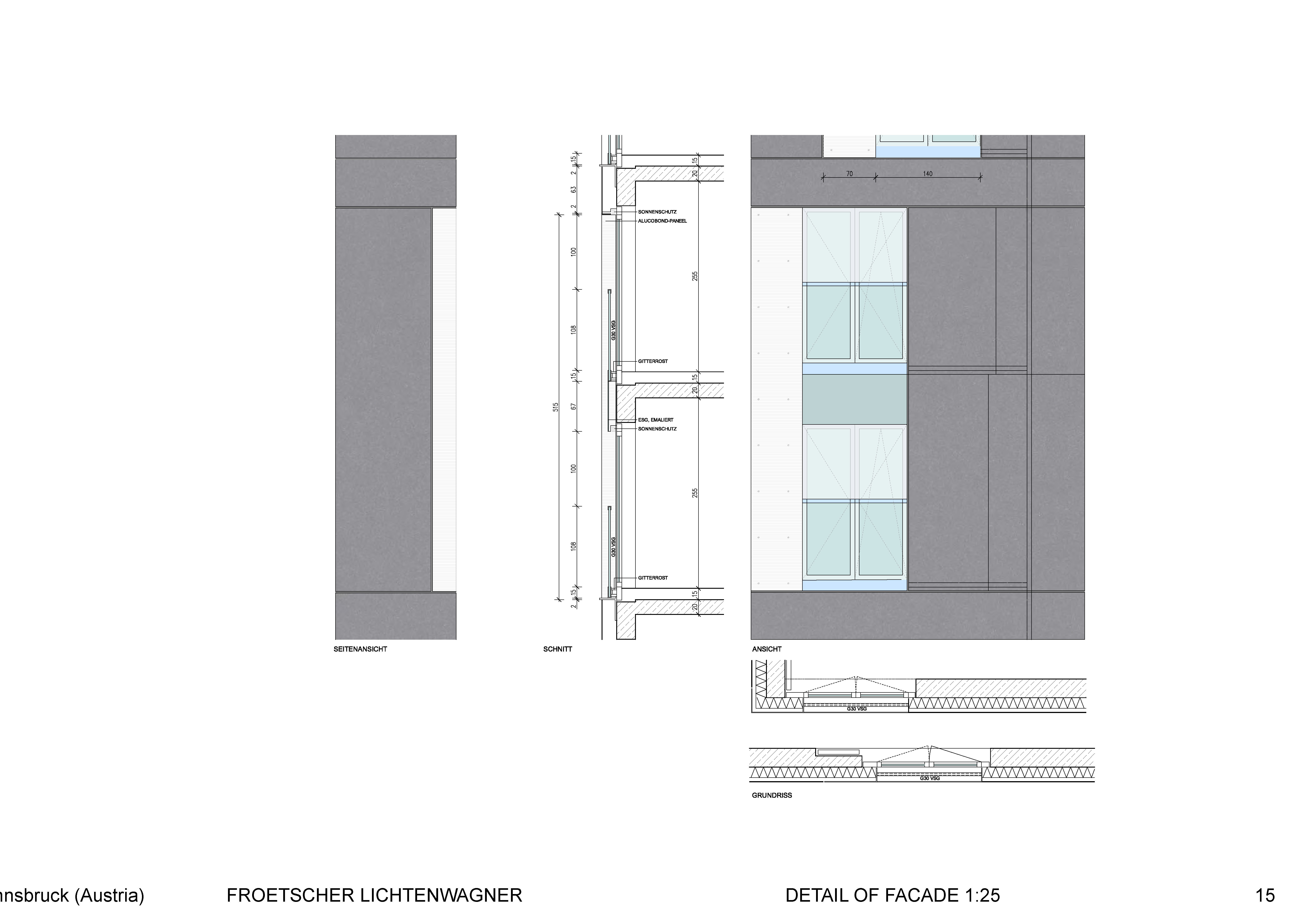 The new centre of the Olympic Village or ‘centrum.odorf’, a realization of the winning Europan entry by the Viennese architects Froetscher Lichtenwagner from 1996, is characteristic for the development of Innsbruck. Surrounded by the steep slopes of the mountains enclosing the Inn valley, Innsbruck has used up most of its potential building land. Only some smaller spots on plateaus are left, while at the same time the city is growing together with the neighbouring villages. Therefore, the reuse and densification of existing land, both in the inner city and in its periphery, is crucial for its development. ‘The Town Upon the Town’ was also the theme of Europan 4, which could be interpreted as “a metaphor for internal growth instead of consumption of land”.

Of course, the quarter indeed suffered from the regular problems most of these quarters from the 1960s and 70s have. The age structure and social position of the inhabitants was one-sided, because they all moved there together. So there was the need for a greater differentiation in the form of new blood on one hand, and the building of homes for the elderly on the other. Also, there was the need for more parking spaces while the original communal spaces needed drastic renovation. And, as in the course of time new commercial developments found locations just on the fringe of the quarter, in a kind of strip on one side and in the form of big shopping malls on another, it would be good to reinforce its centre. Because of this emphasis on making a new centre, it was clear that the existing communal hall would be replaced by a new multifunctional meeting place.

The winning project by Froetscher Lichtenwagner addressed about all the issues mentioned above and, even if the realized project is in many ways very different from the original, its main idea remained intact. That idea consists of a composition, which merits are not so easy to explain as they work in a very subtle and clever way. The composition pays respect to the existing modernist structures around it, while at the same time introducing a more traditional grammar that makes public space more readable and thereby more recognizable and accessible. The new building blends in with its surroundings while at the same time cleverly manipulating the whole situation.

The project is both urban design and architecture, and it shows both an enormous control on the large scale and individual care and creativity on the level of its parts. It stands self-consciously in the middle of the two Olympic Villages, linking them, giving them a collective new centre, both formally and programmatically. Teenagers use the square as a place to hang out, elderly people have found a place where they can live on their own with help when needed. Thus, the capacity of the quarter to house all kinds of different people, one of the main reasons why Europan promotes mixed-use projects, has been increased. The centrum.odorf is a village in a village in a city–and with the nursery as the smallest village inside, it is a project that not only reminds of Aldo van Eycks dictum that the house is a small city and the city a big house, but also turns Innsbruck in a set of Russian dolls.