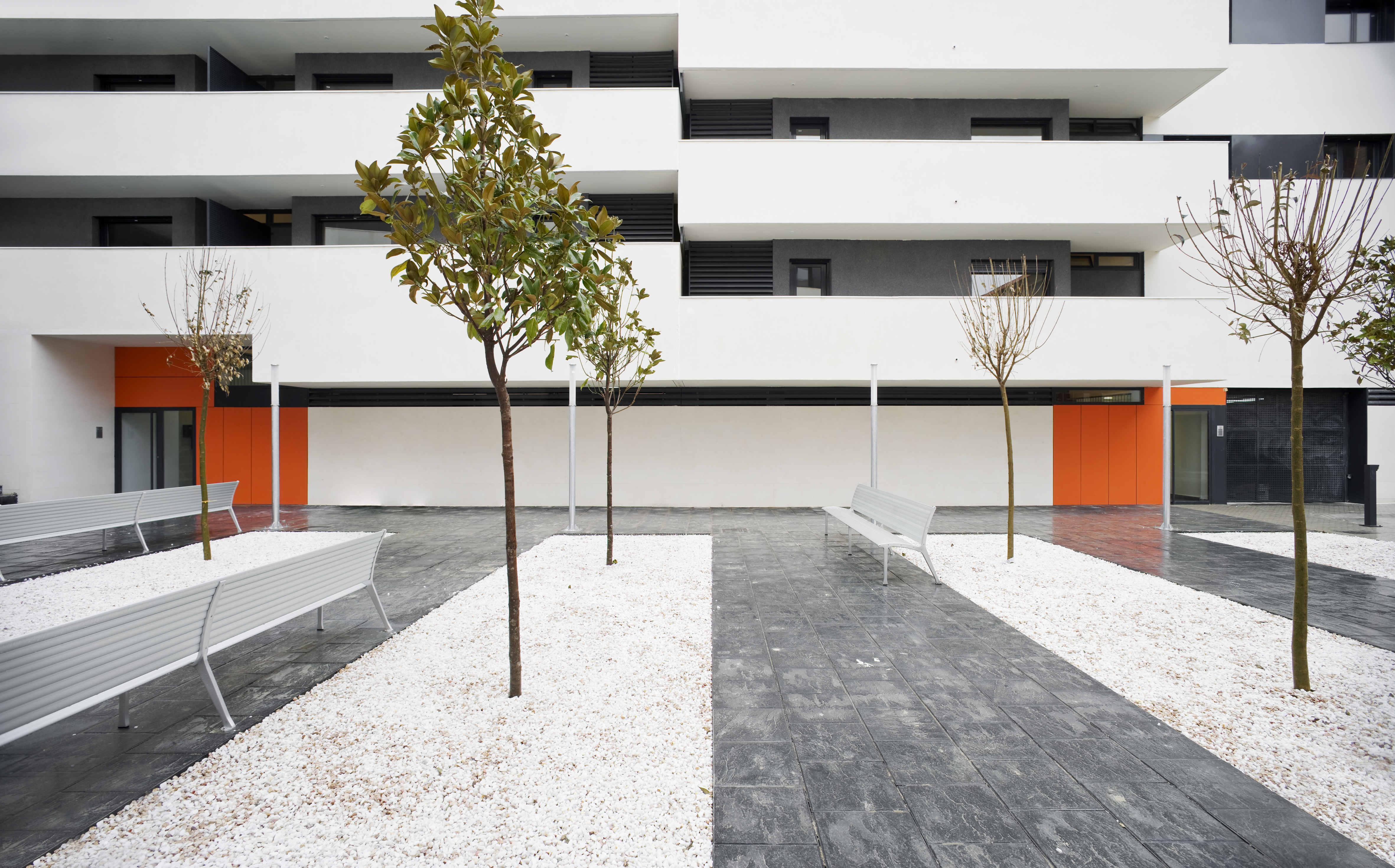 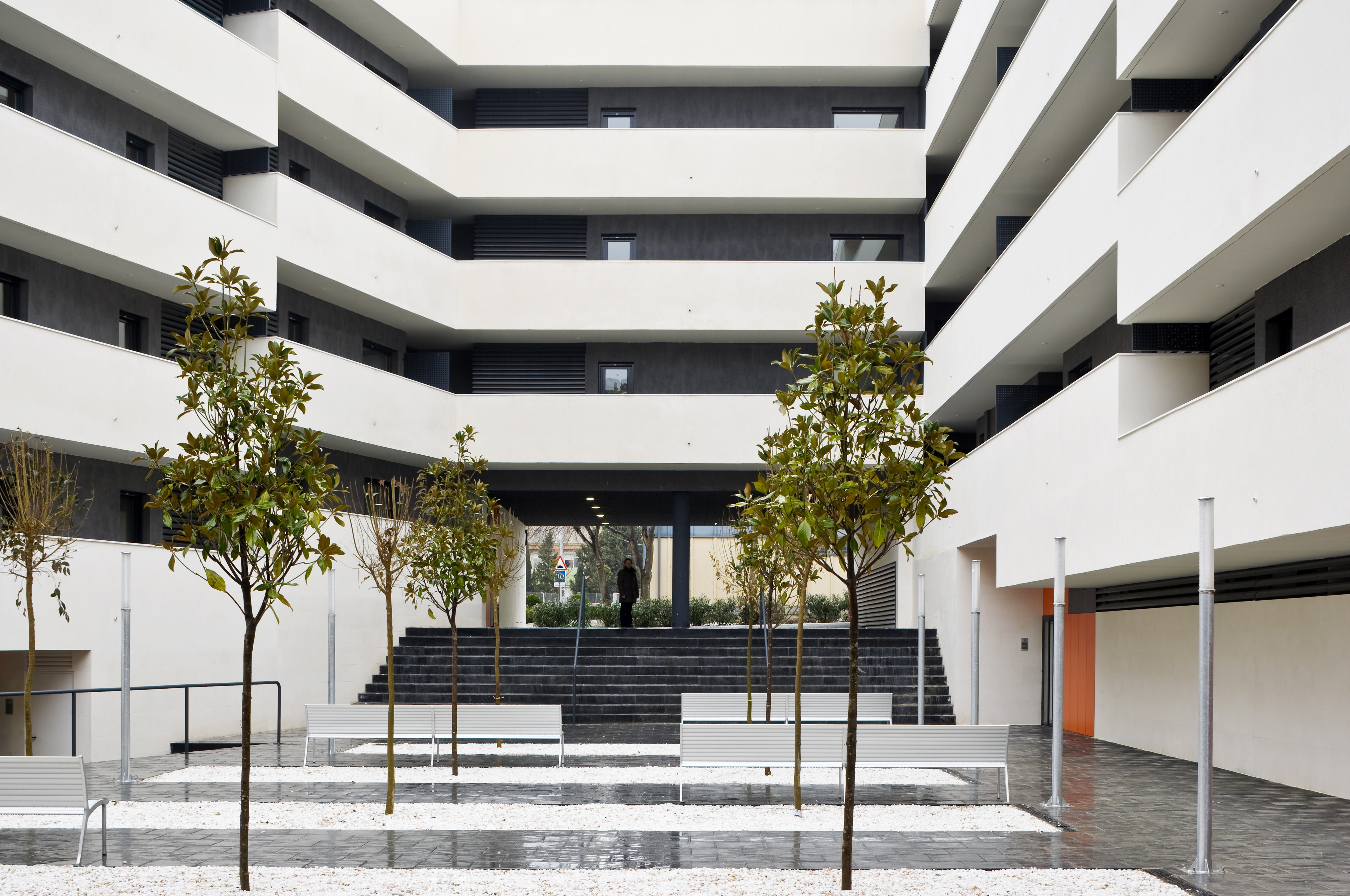 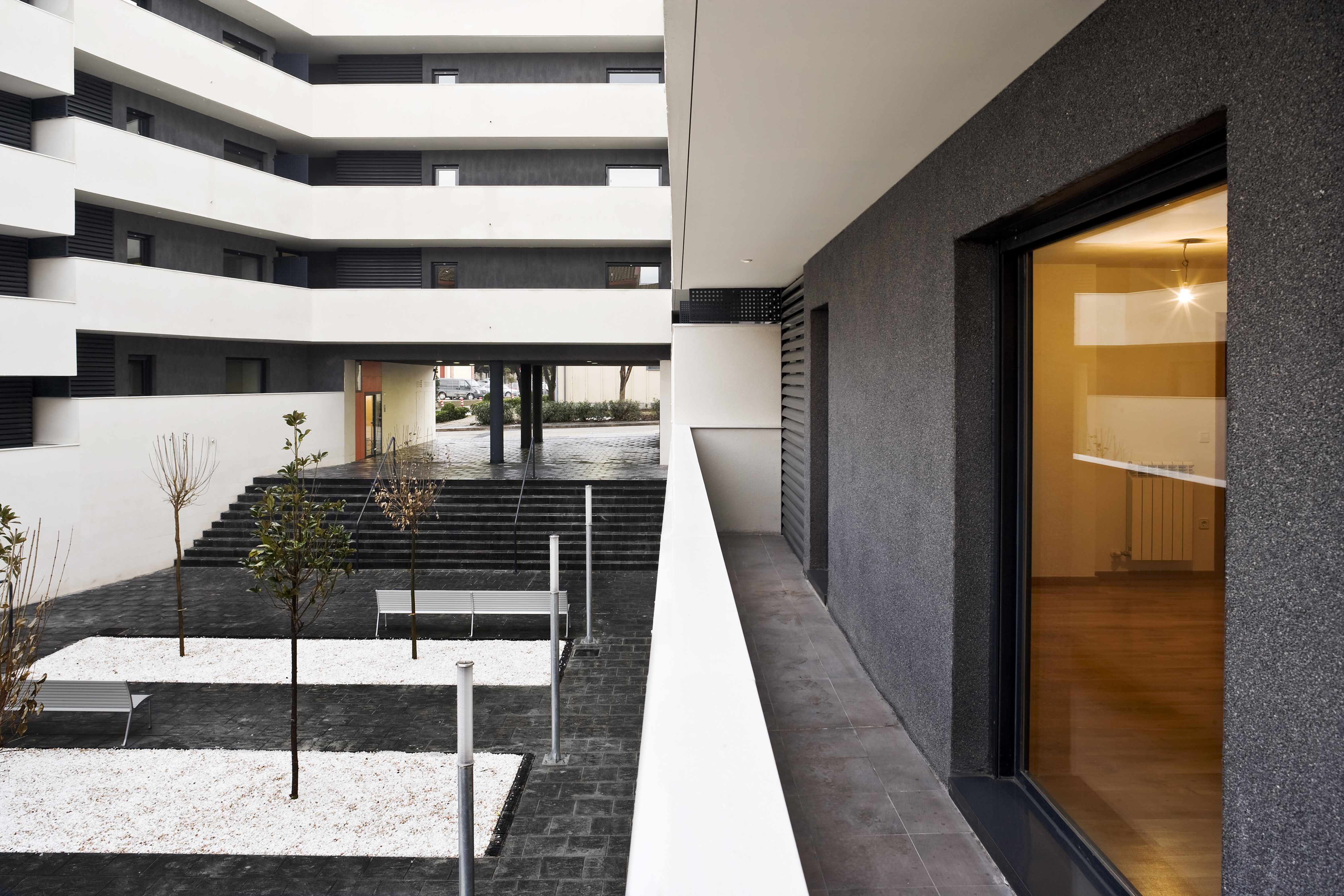 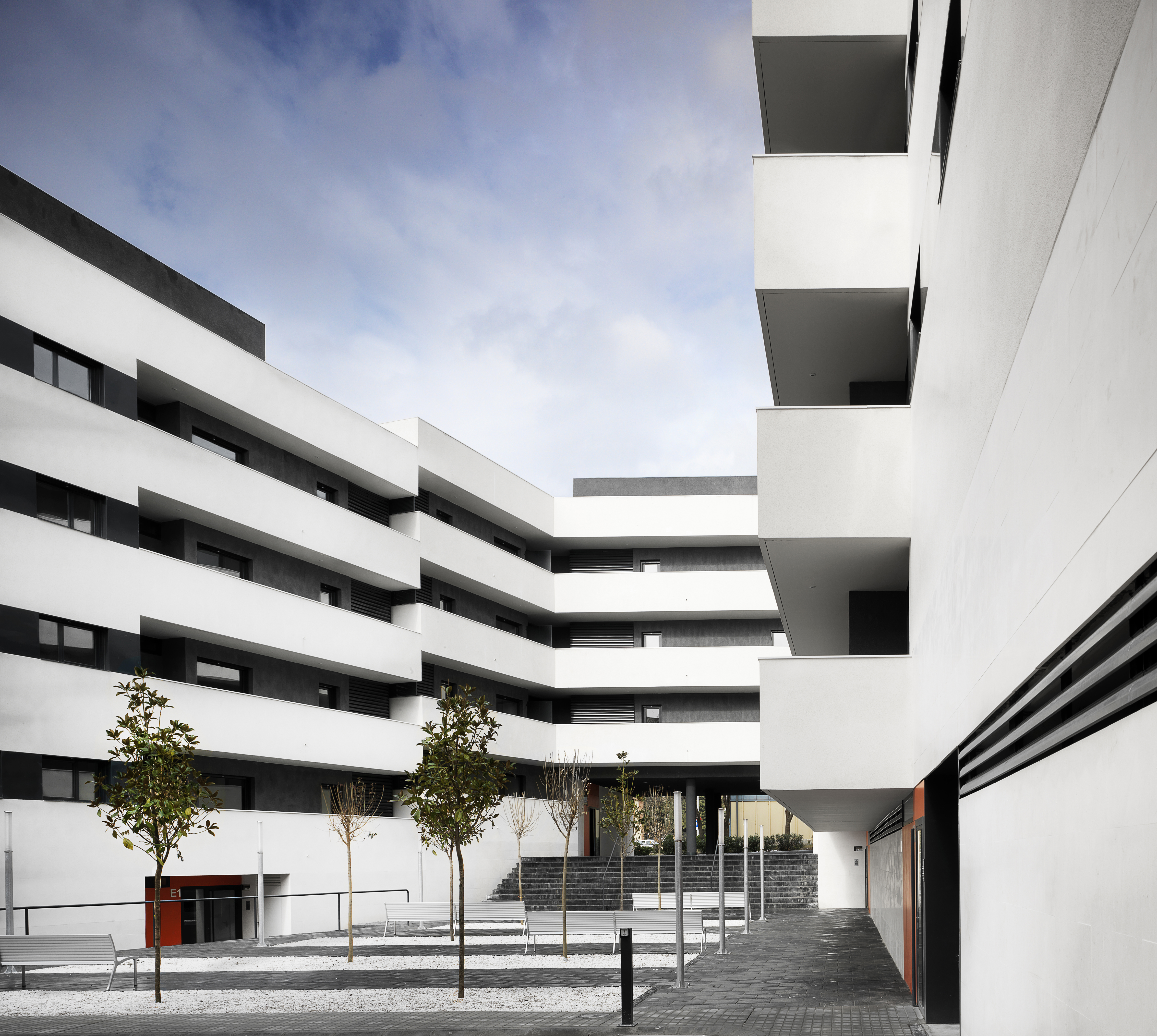 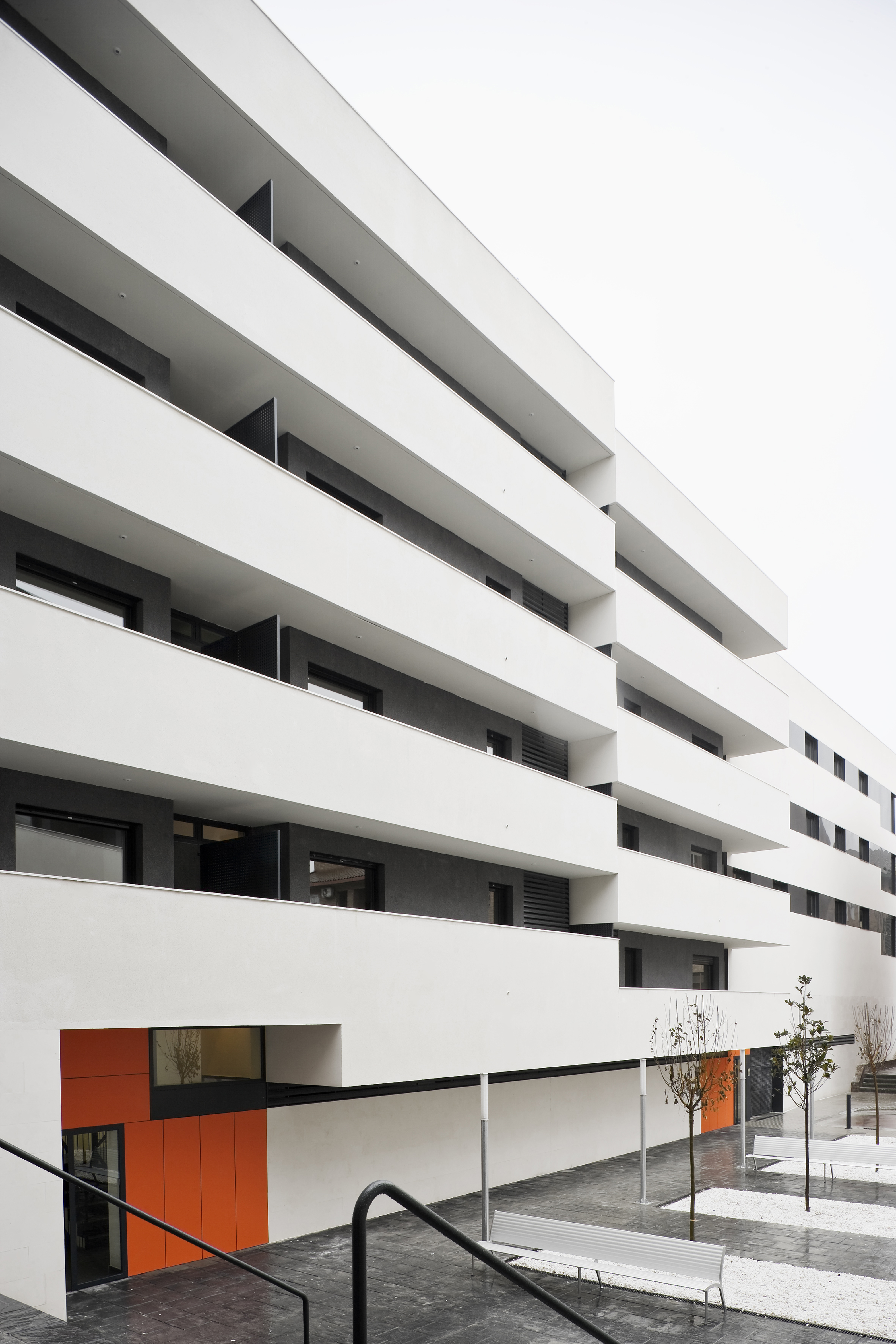 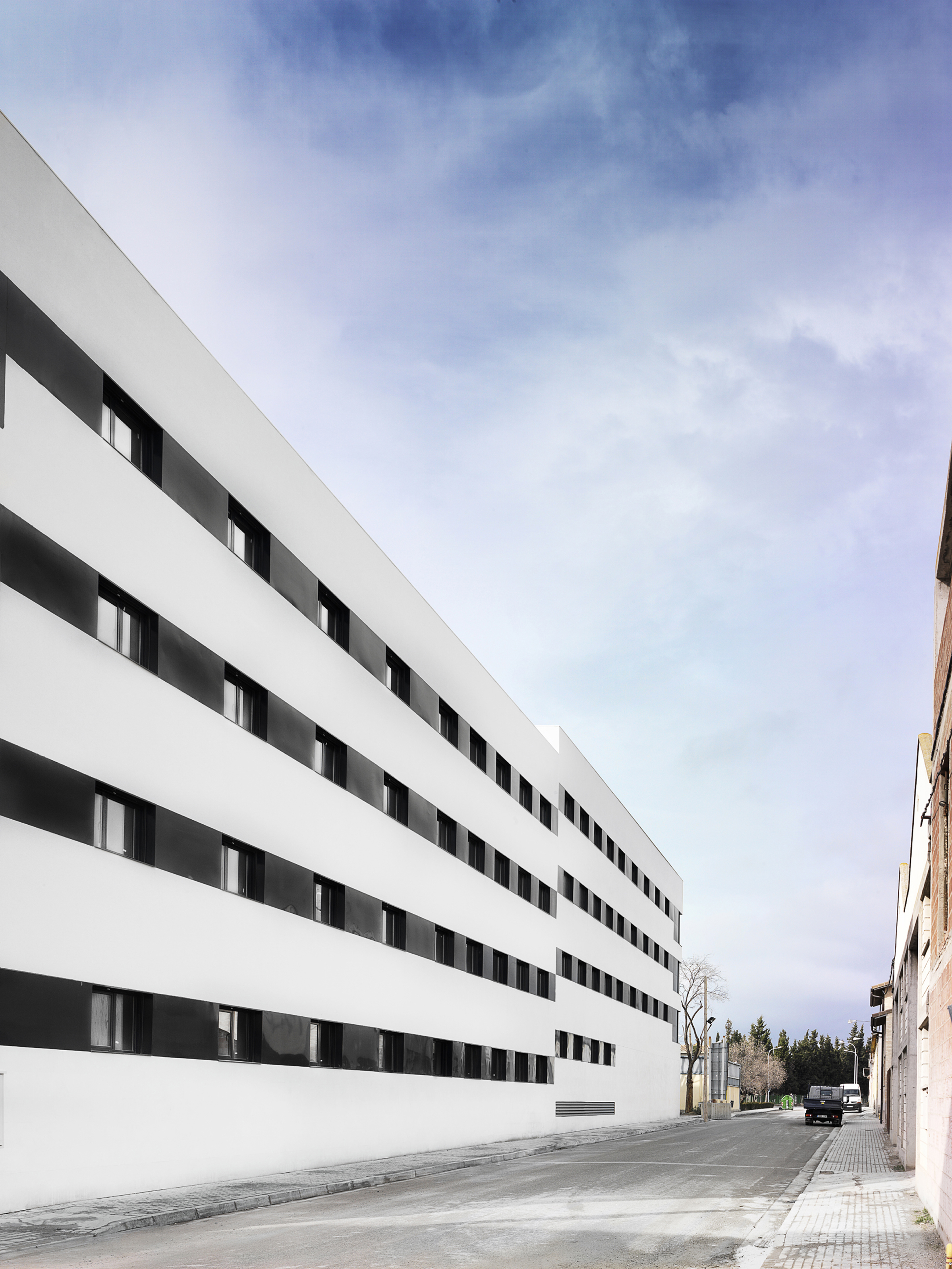 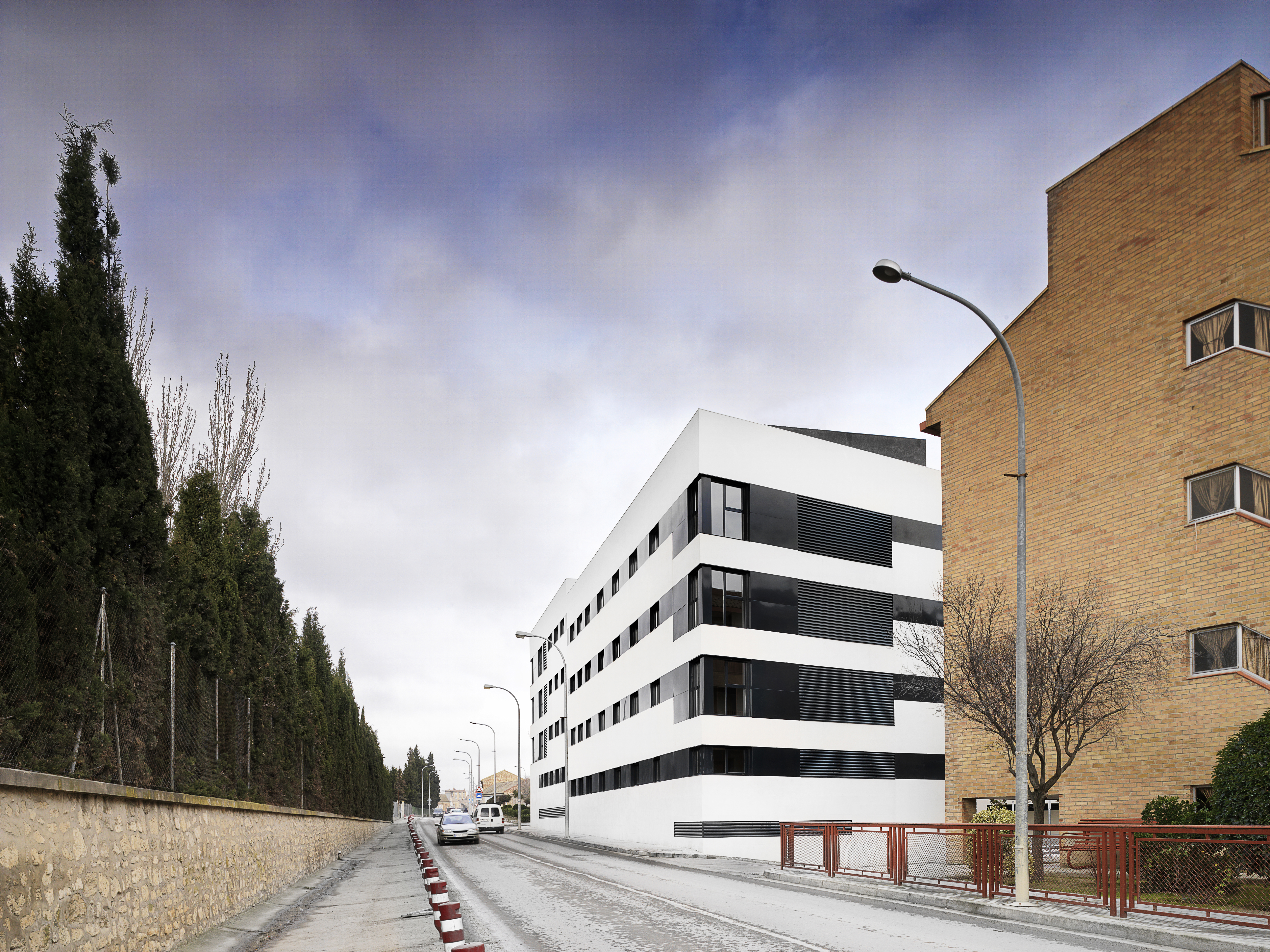 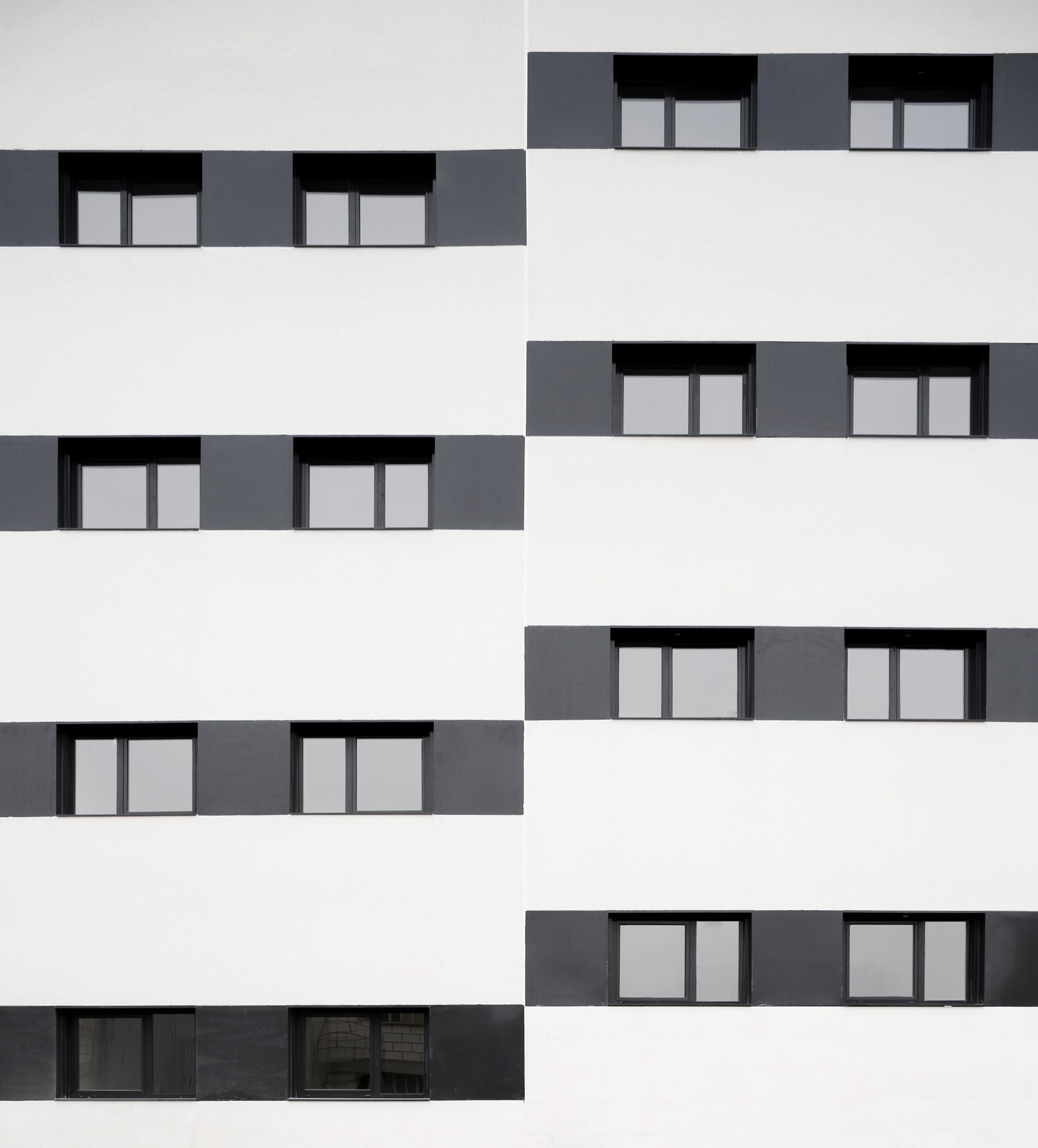 Recommending party
The project has been submitted by: Jaime Magèn Pardo

Of which residential: 72,82%
Public/communal areas: 27,18 %
Facilities for the public:
Business/trade:
Offices:

The origin of the project starts from the analysis of the connection between public and private spaces. Planned in the regulation as a city block, the organization is defined for the pre-existing building on the south and the new building, with a “U” shape plan. The definition of the interior public space is able to generate connections with the pre-existing buildings in the surrounding and to provide with attractive transition spaces. It also improves housing conditions, limited due to their social character, giving them an external space of access, meeting and gathering.
The building is located at the south urban edge of Tauste, which is situated 50 km away from Zaragoza. The project avoids the direct dialog in a formal way with the closest out of context surrounding – the site borders at the north with a green space, at the south with housing buildings, at the east with an industry zone and at the west with the access road from Zaragoza and the municipal sports centre. The interior public space establishes connections with the adjacent spaces to get an appropiated integration in the place.
With the purpose of dealing with the urban character of the interior of the city block two restrictions are proposed: the first one is to fit the garage of the semibasement floor in the same width as the other floors, renouncing the allowed highest occupation, in order not to reduce the dimensions of the public space; the second one is to free a big porch at the north side, under the building, which relates the interior space with the pre-existence green space. This opening, together with the openings situated at the west and the south of the site, the trees and the urban furniture, helps understand the interior of the block as a public space.
The project also had to respond to the topography of the site, with an important slope between the beginning and the end of the block, and to the programmatic and economic limitations, which are common in this kind of development. The determining factors of the project – the economy present in the material election and the adaptation to the slope – are converted into the formal arguments of the bulding by means of an abstract language based on horizontal leveled black and white strips. This composition, which arranges and brings together the different openings of the housing units, gives a certain horizontal dynamism to the volume of the block. The detail between the building and the floor is resolved with panels of white limestone.
Regarding typology, this is a public promotion from the public enterprise Suelo y Vivienda de Aragón, with a program of 44 subsidized housing of 3 or 4 bedrooms, garages and storages rooms, in a block with a “U” shape plan, with three stories for the housing units and the garage located in the semibasement.
The four circulation core give access to three housing units with double orientation in each floor. One of them is cross-through with a double circulation around the services core, through the hall and the kitchen, and communicated directly with the living room, both orientated towards the interior space. In the other two housing units, the living room is in the corner and has a double orientation, while the bedrooms and the kitchen are located on each side respectively and the service core in the interior.
The special attention given from the origin to the treatment of the interior of the block as a good quality exterior space had a happy administrative end: at the completion of the works, the central space was segregated from the rest of the site and added to the net of streets, squares and public spaces of Tauste, property of the town council.