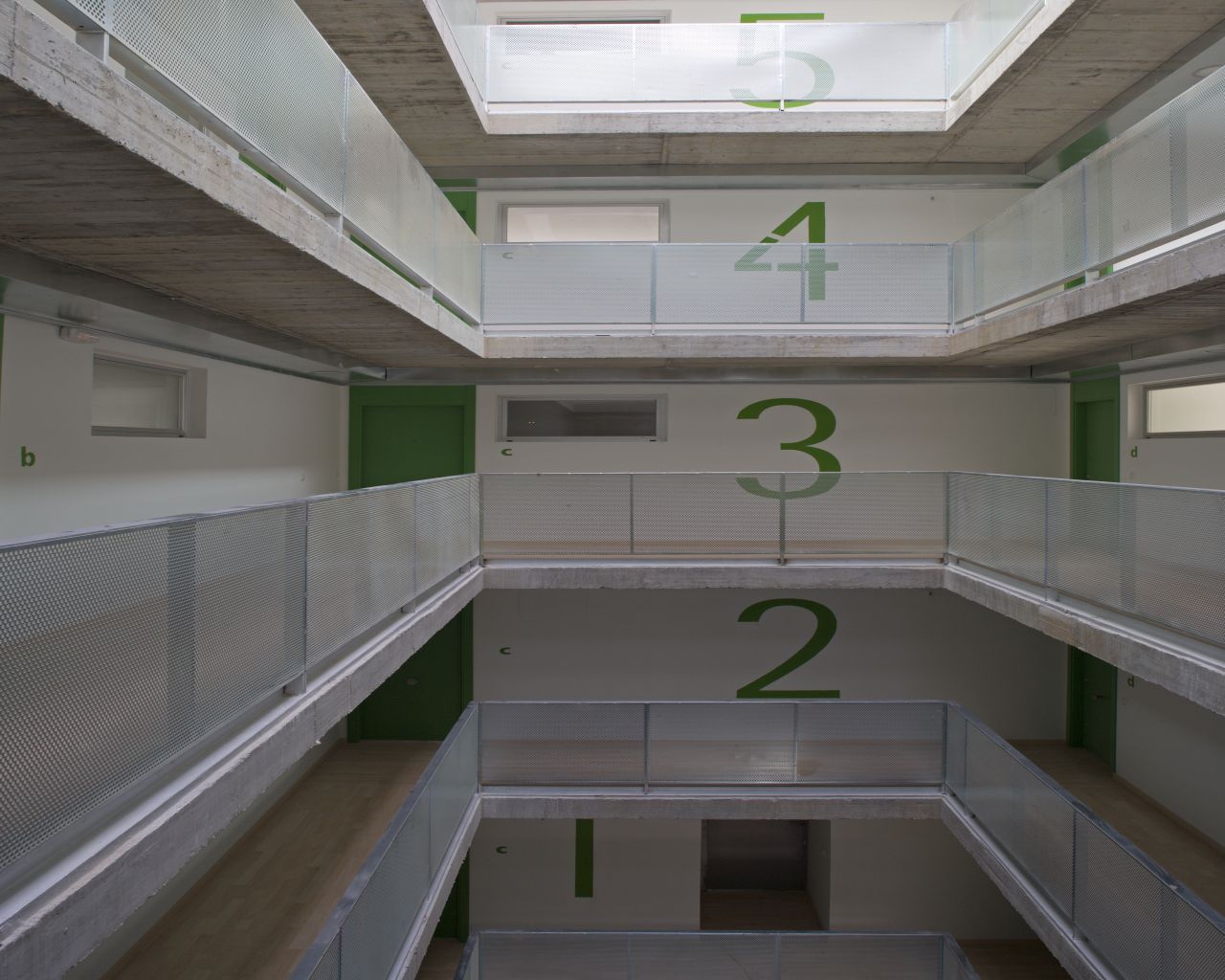 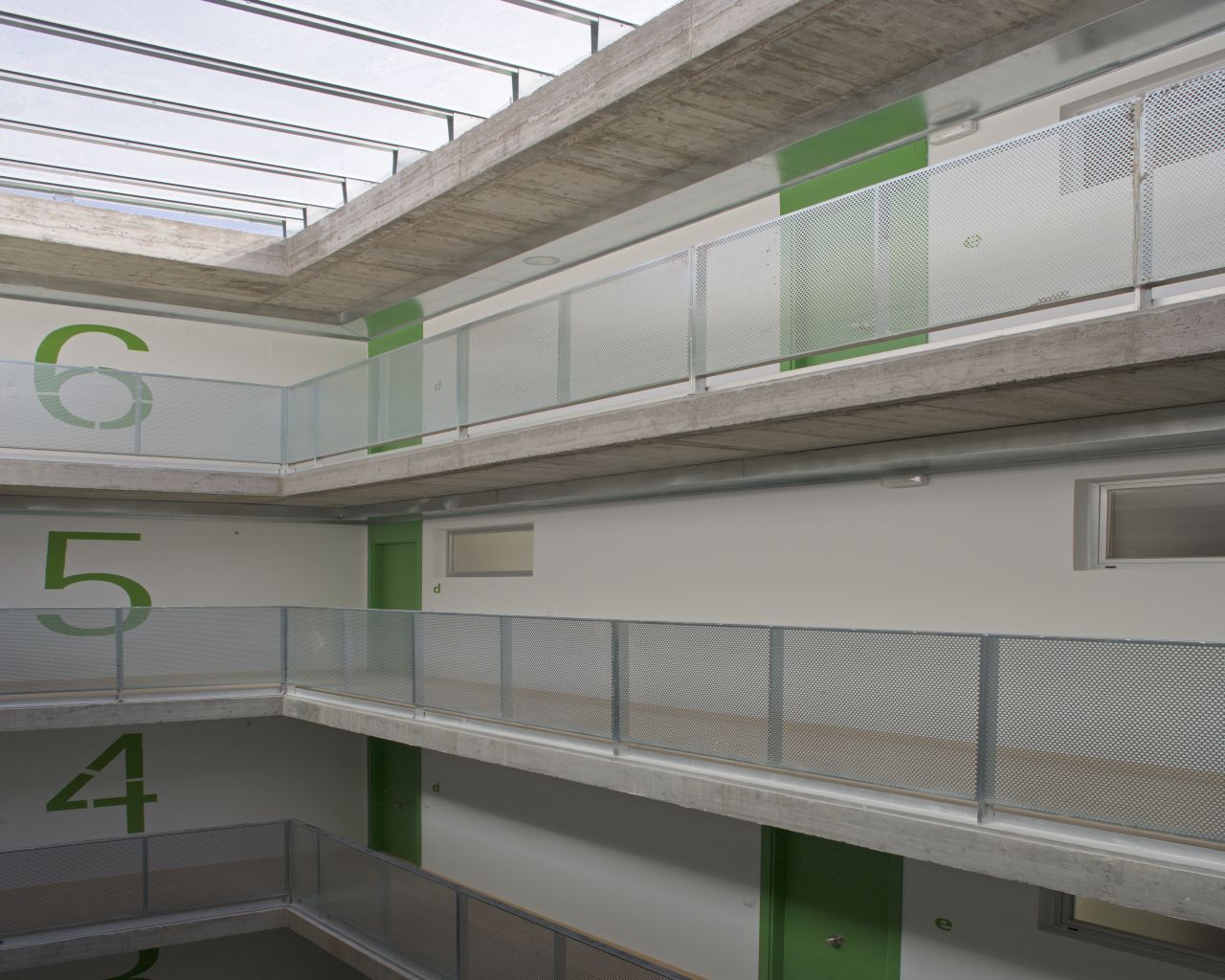 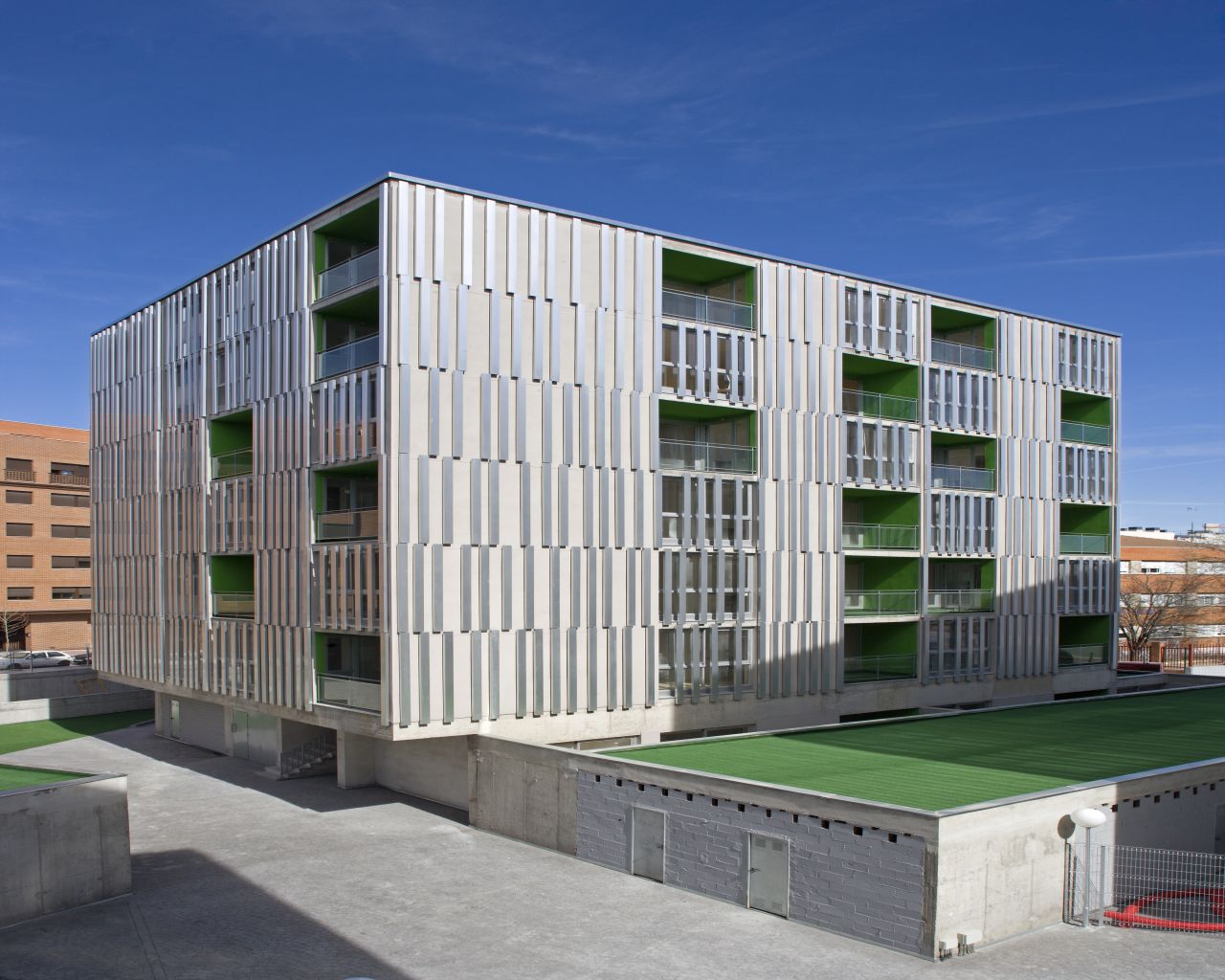 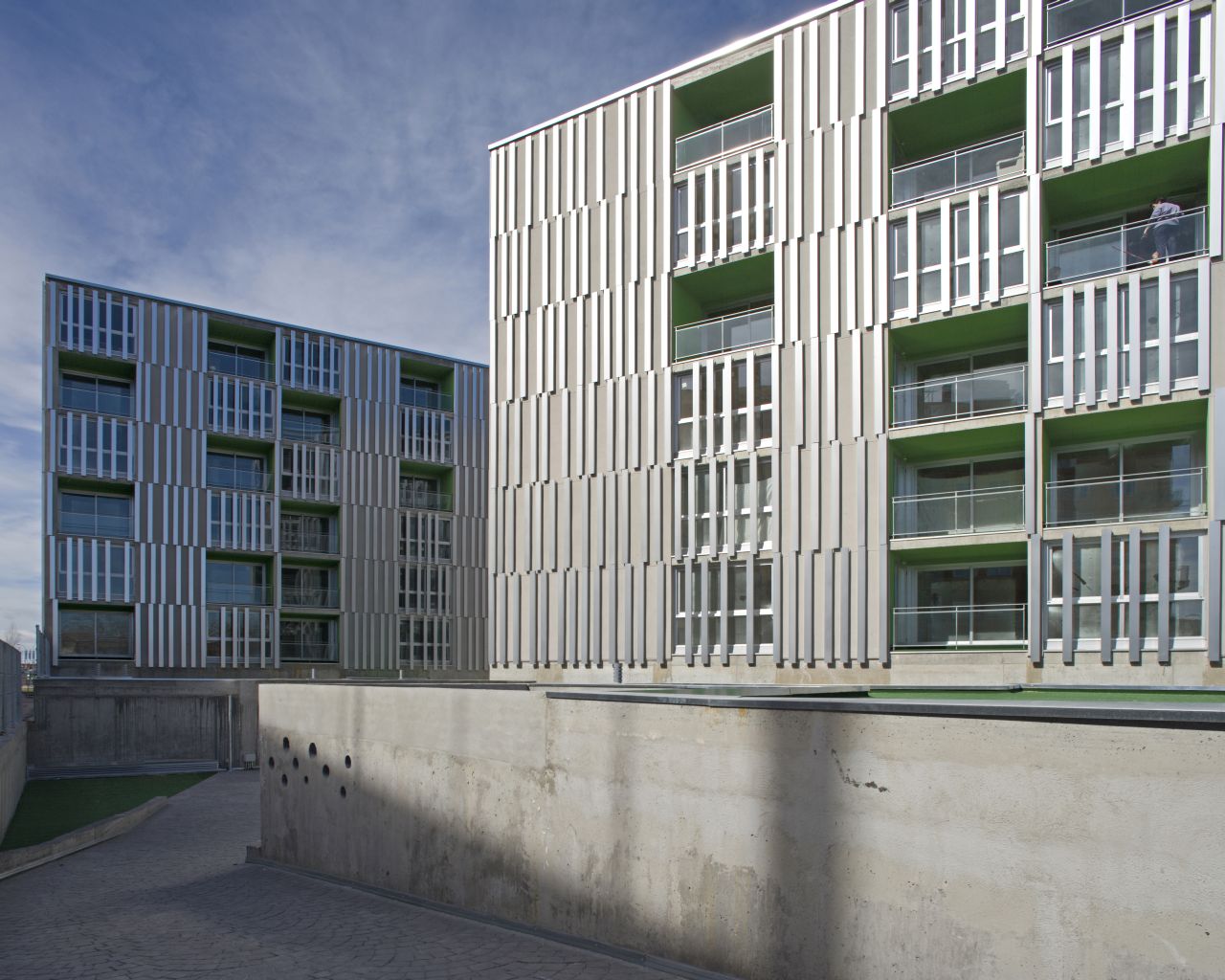 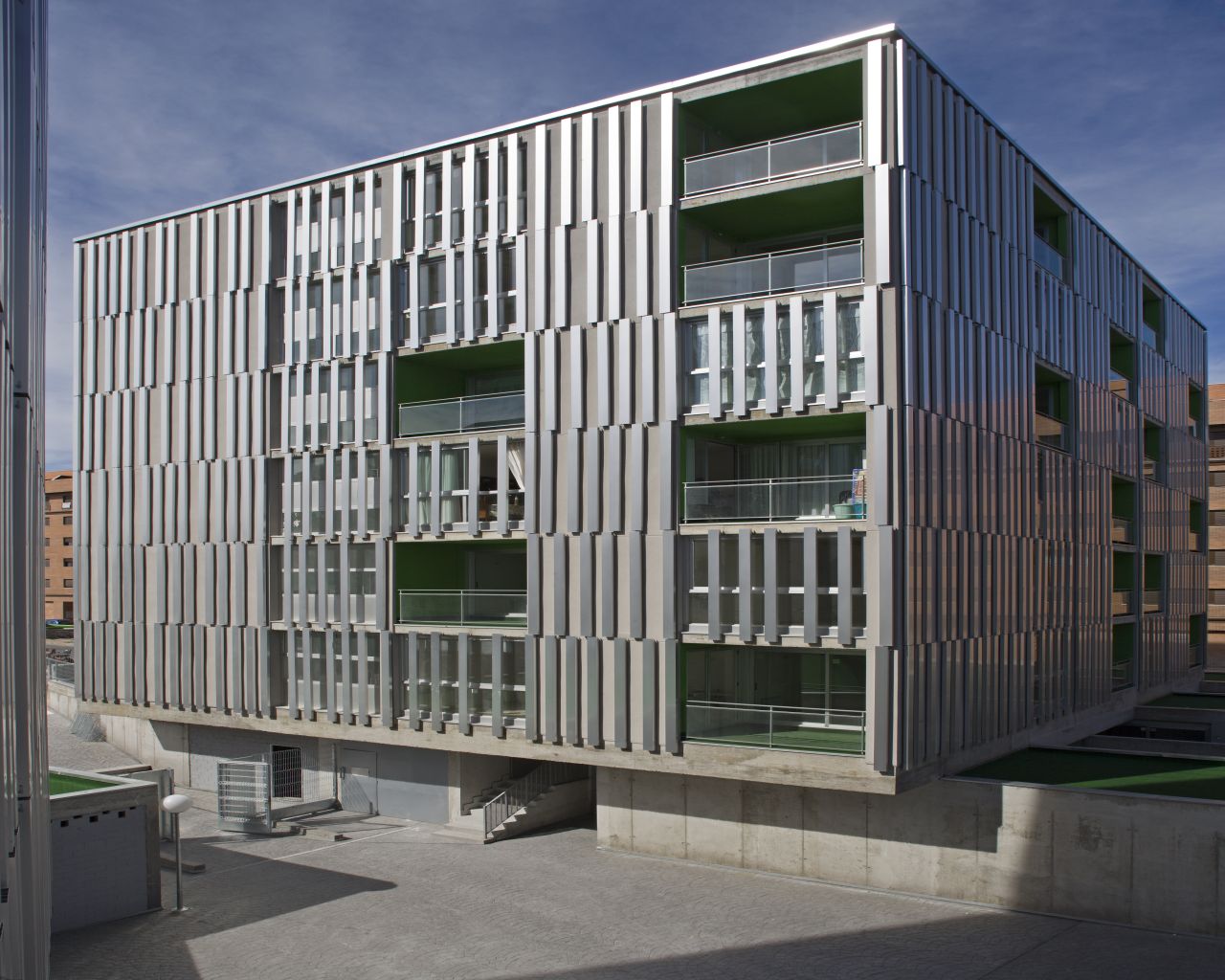 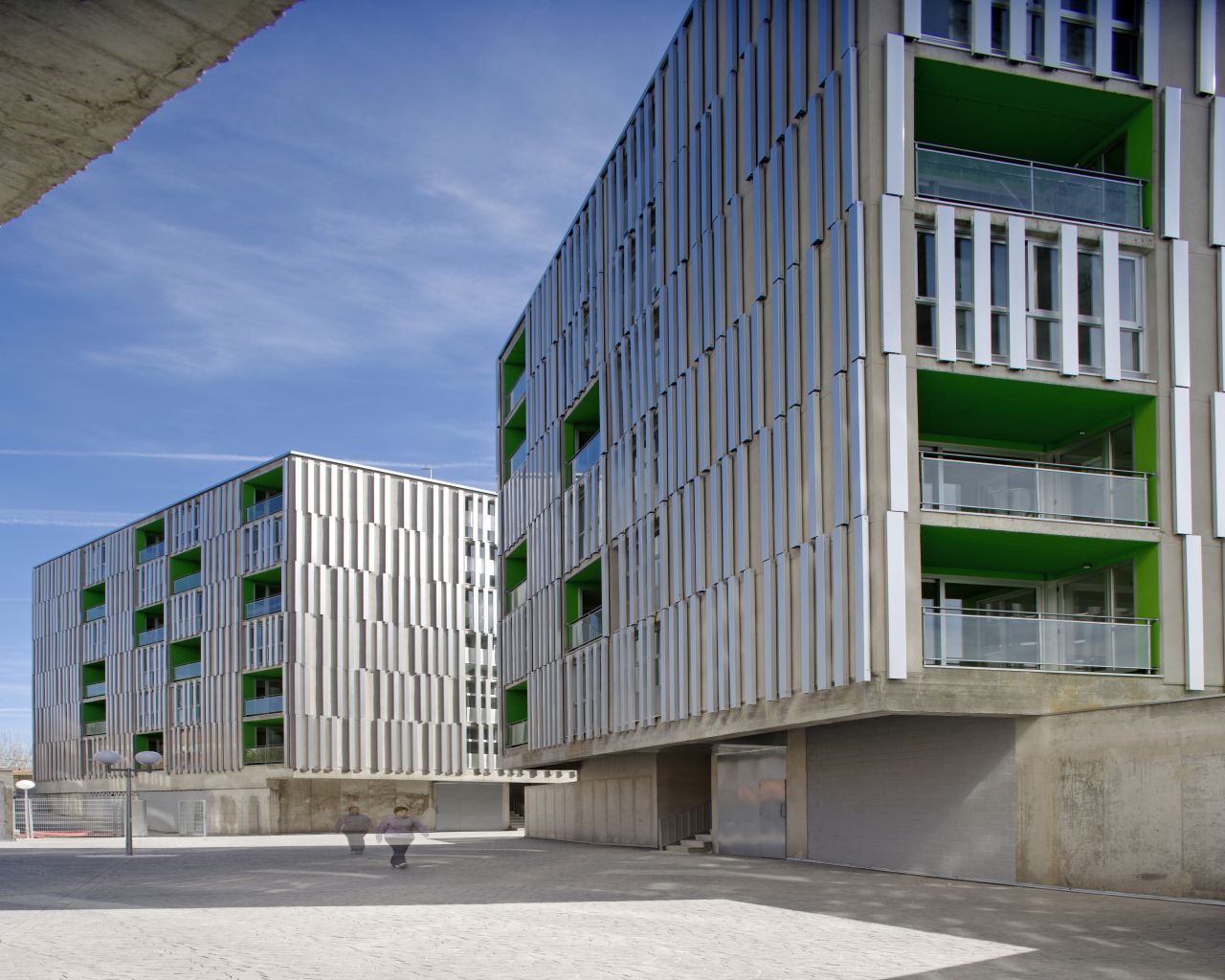 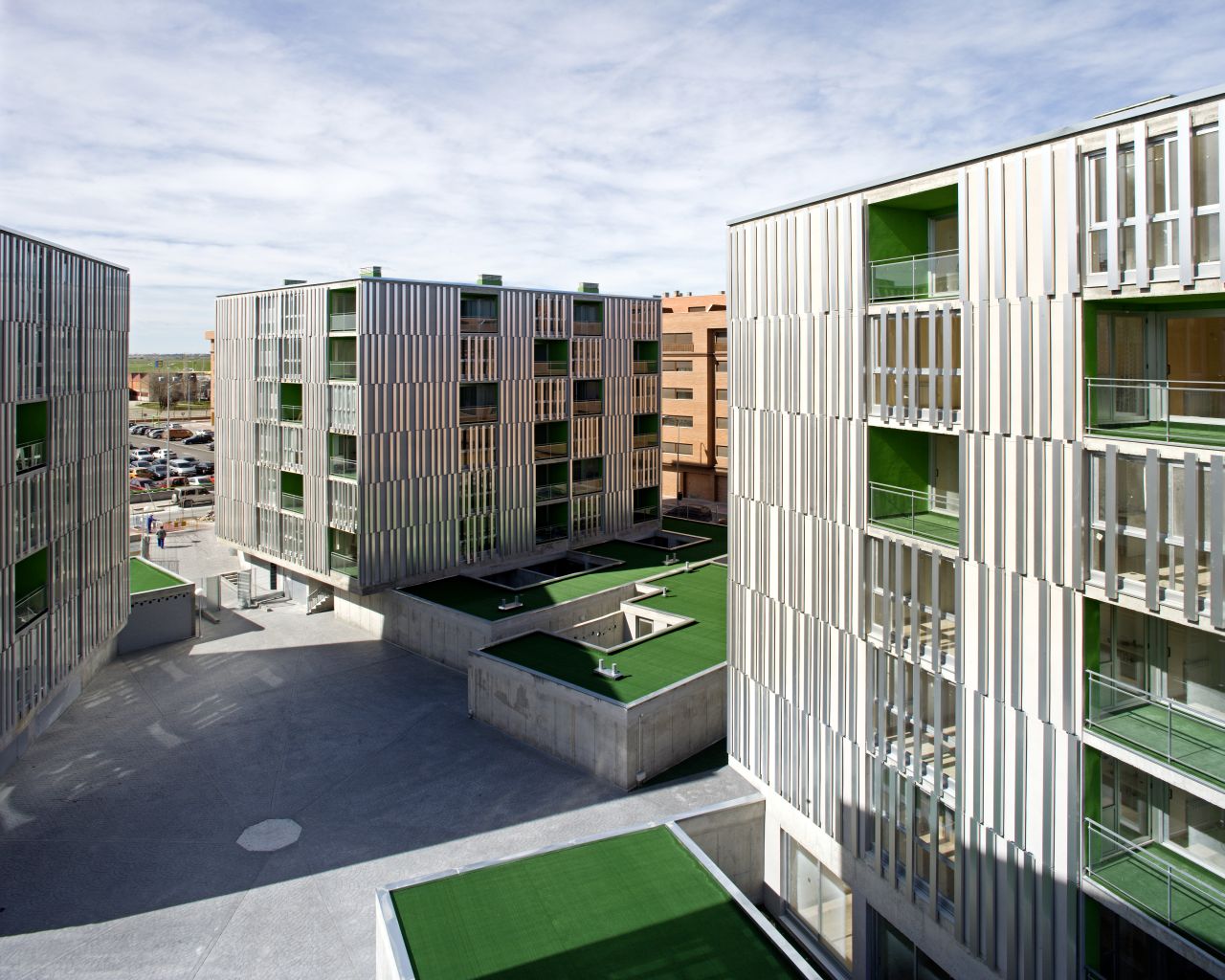 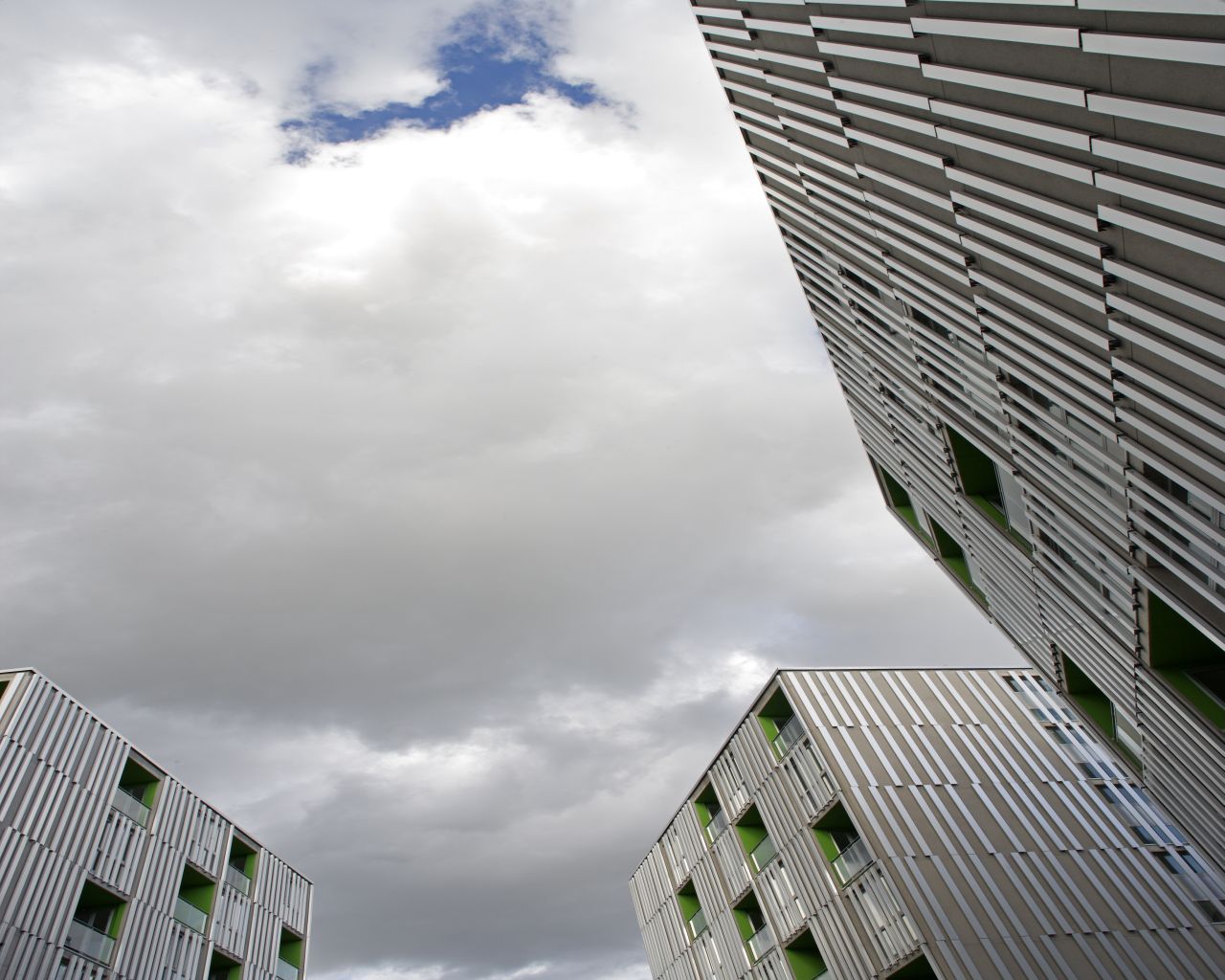 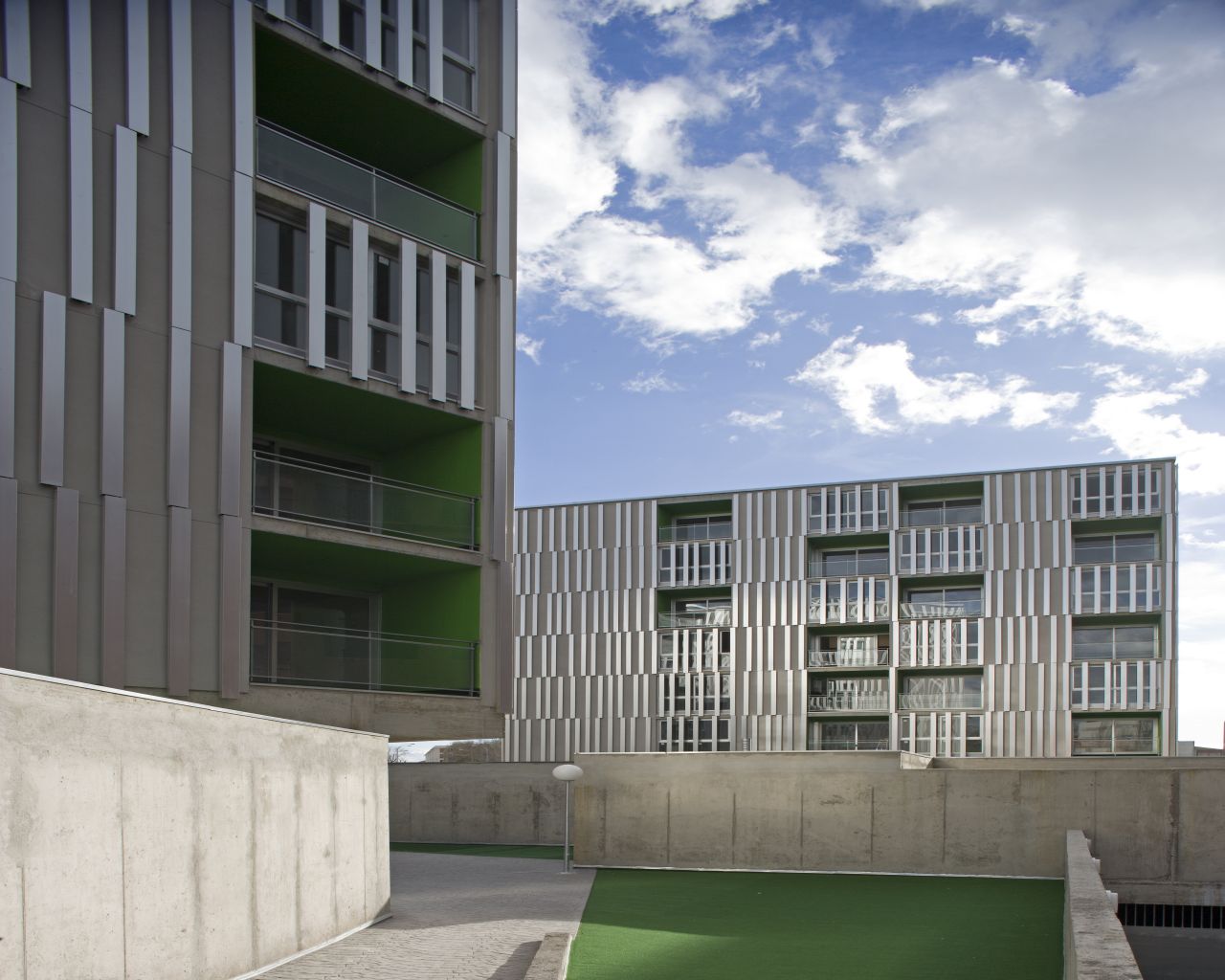 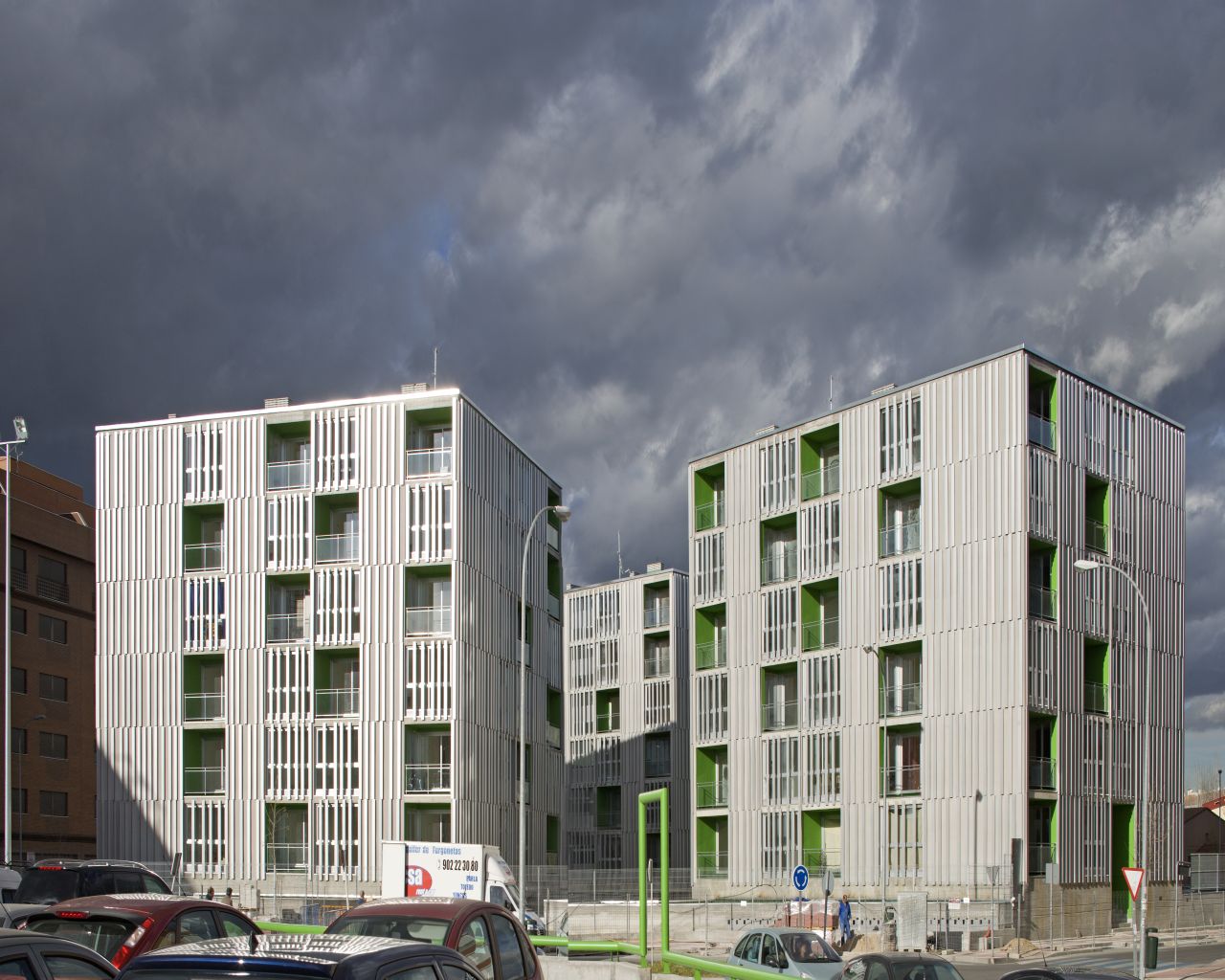 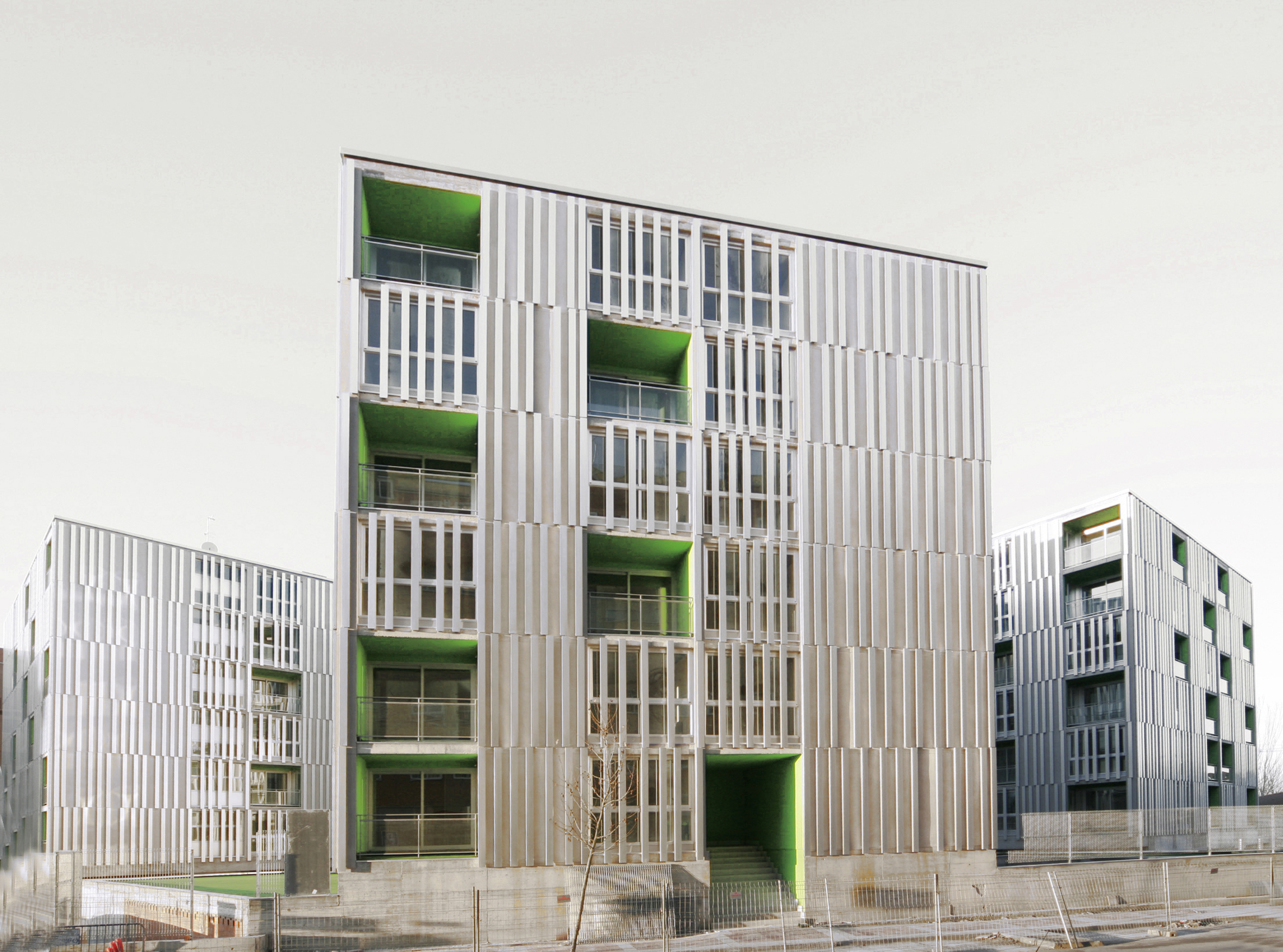 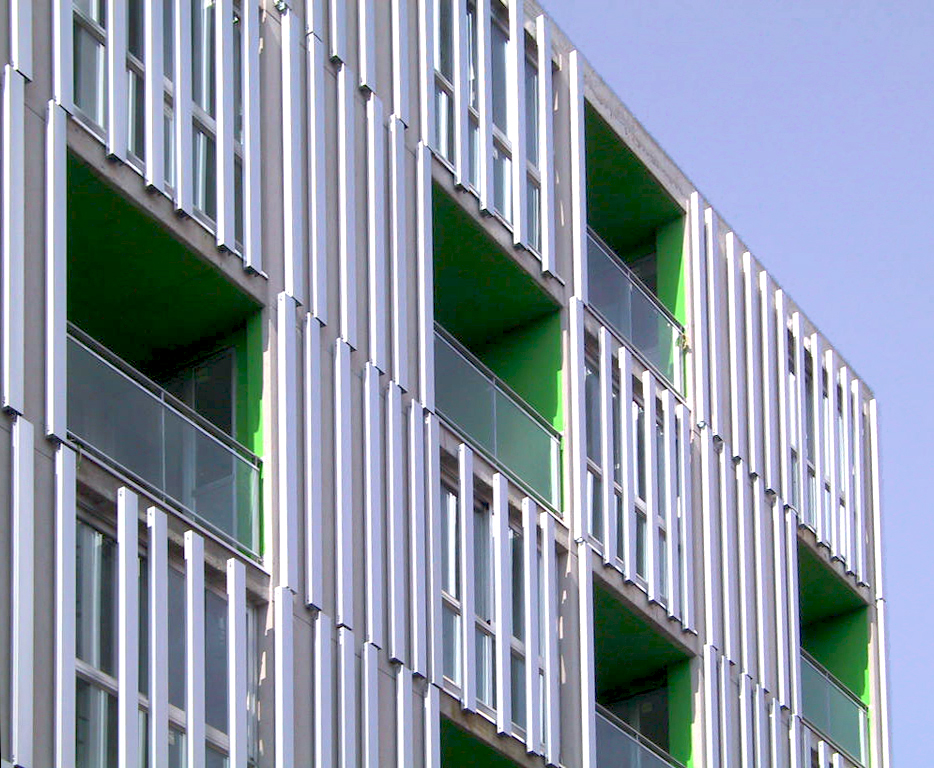 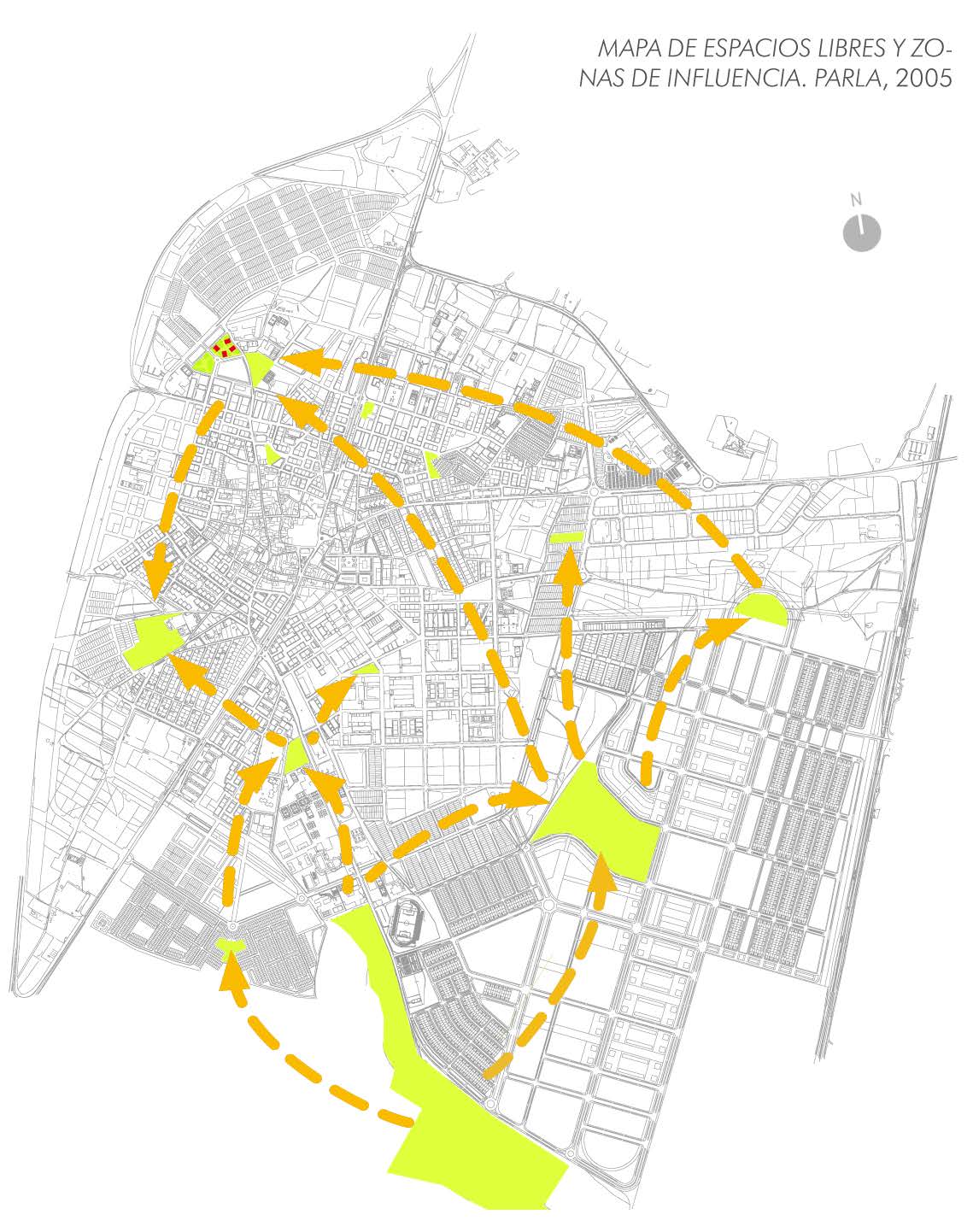 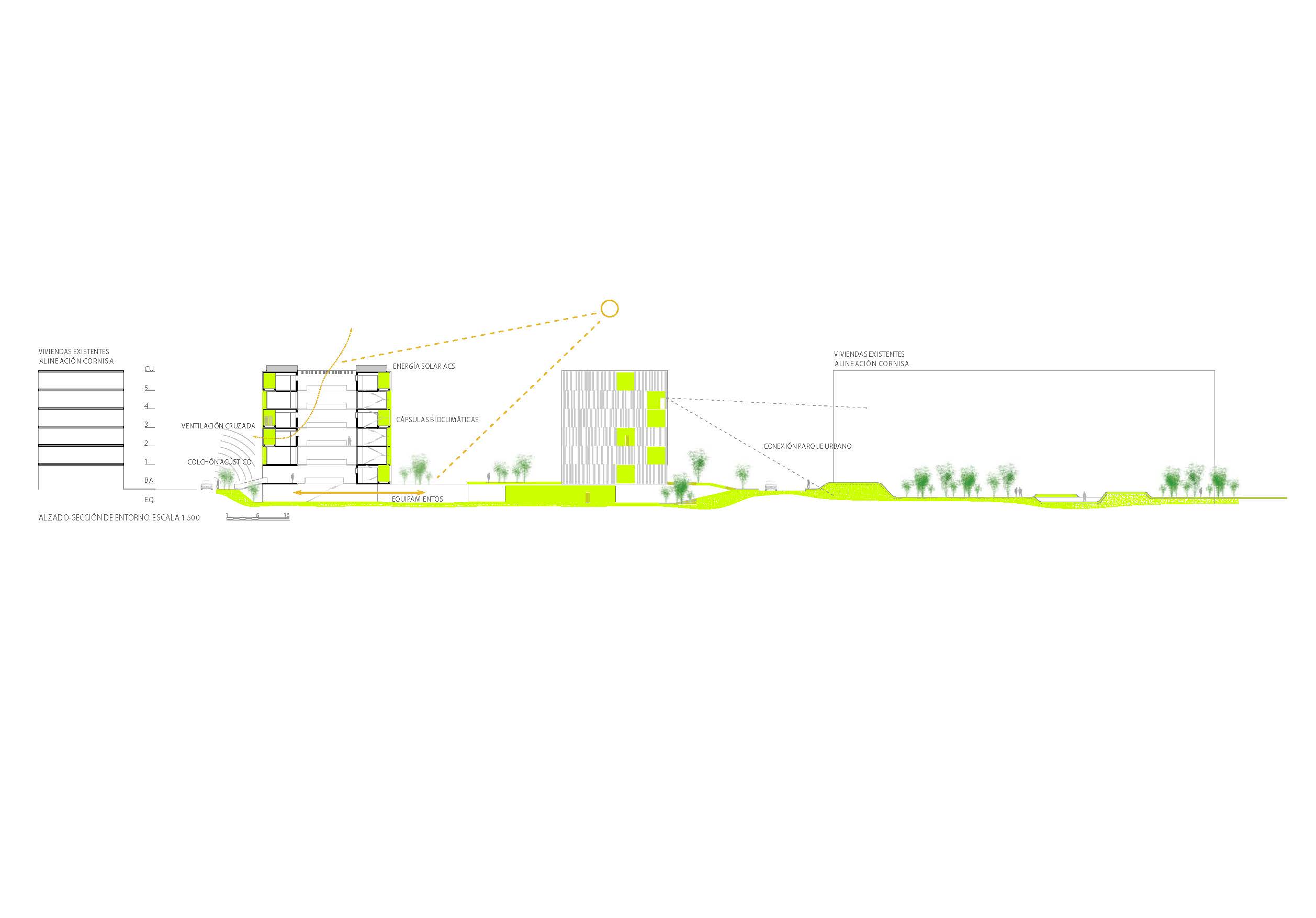 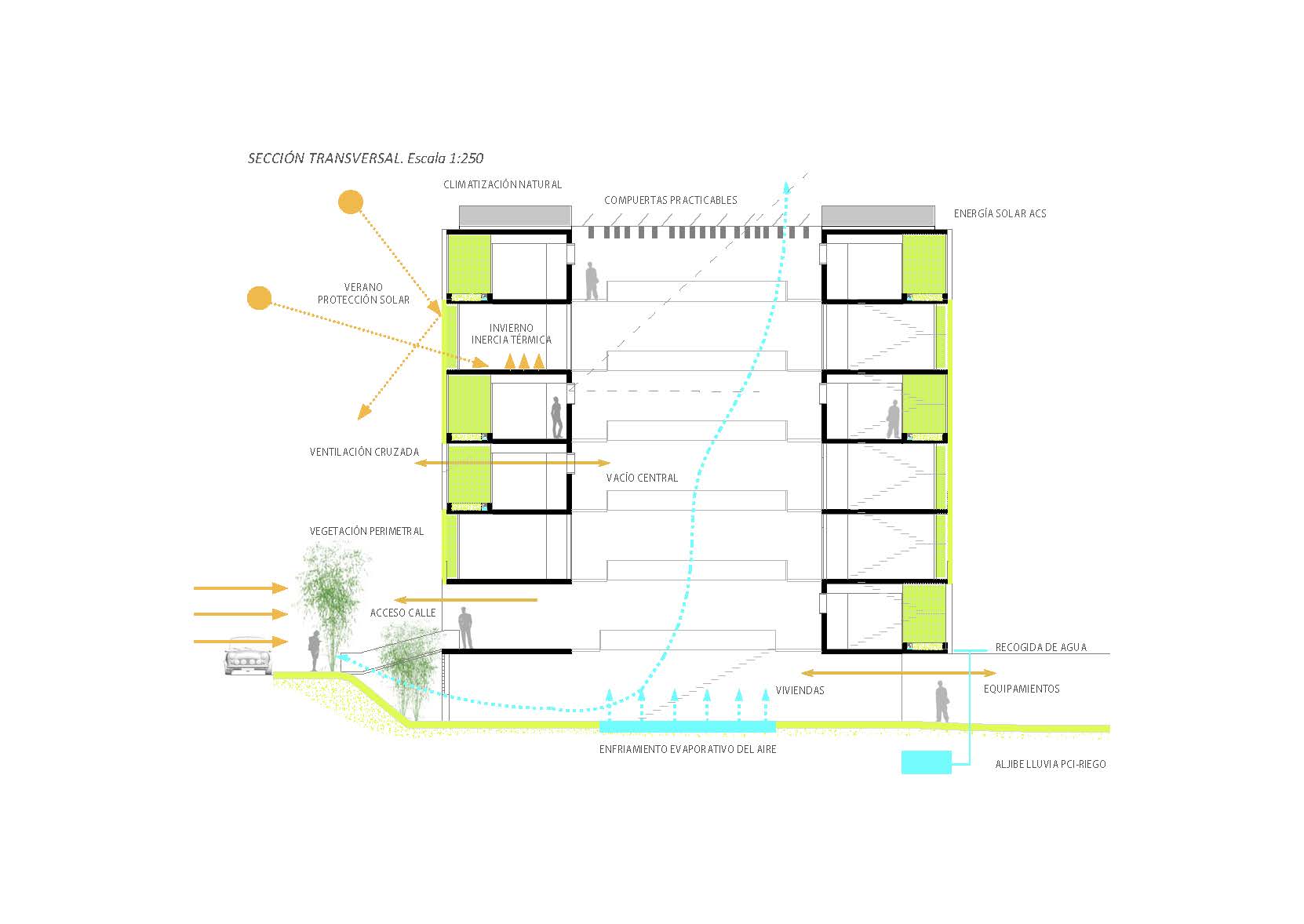 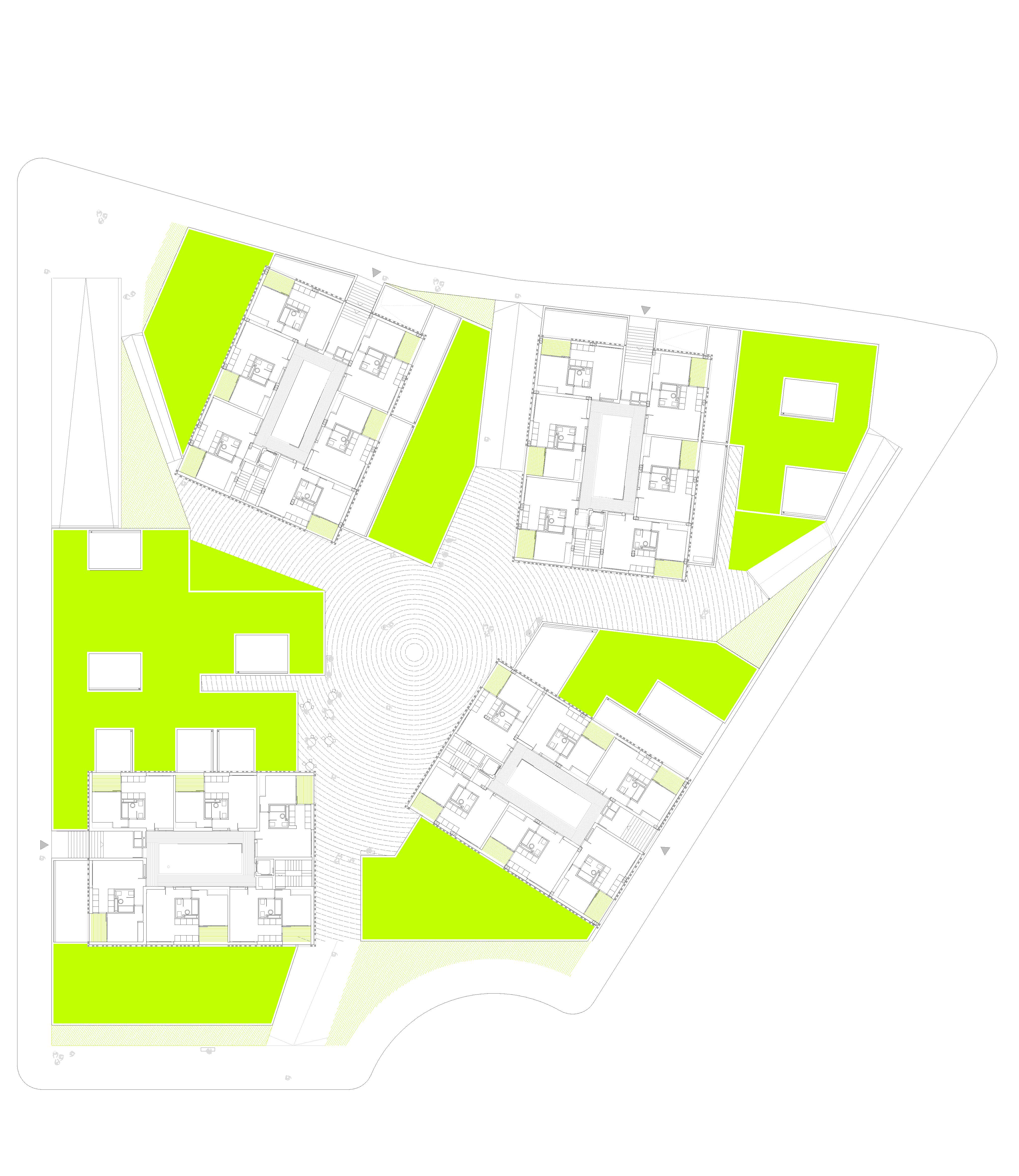 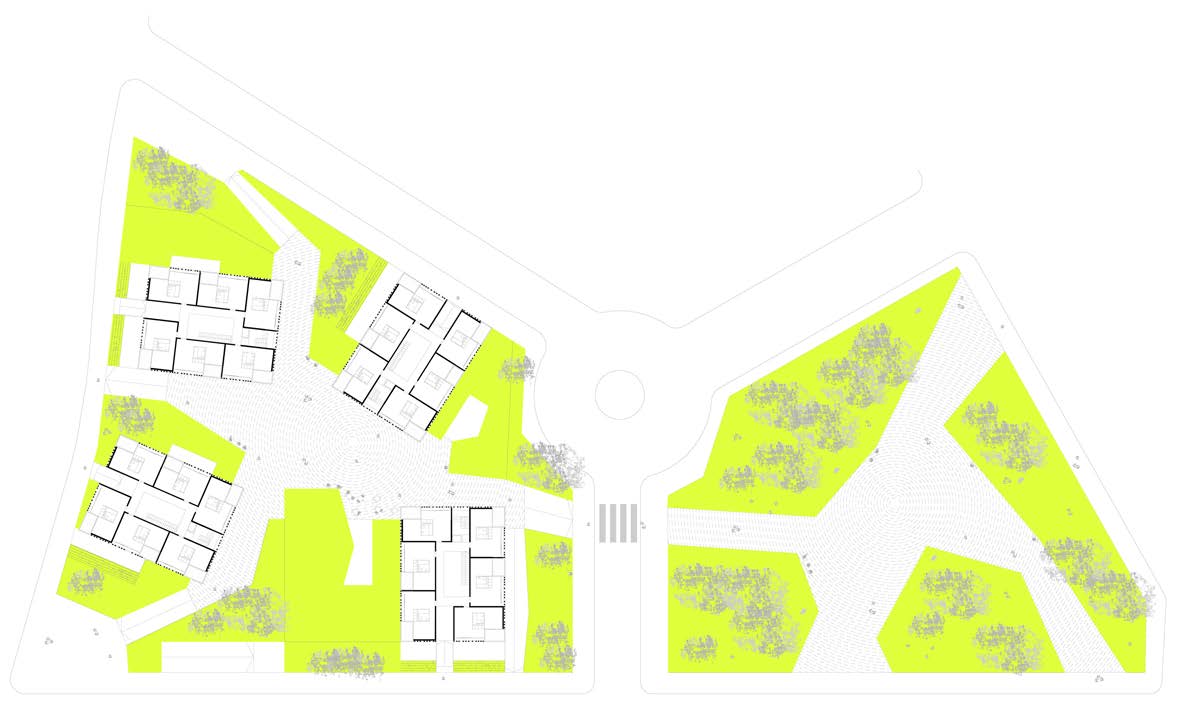 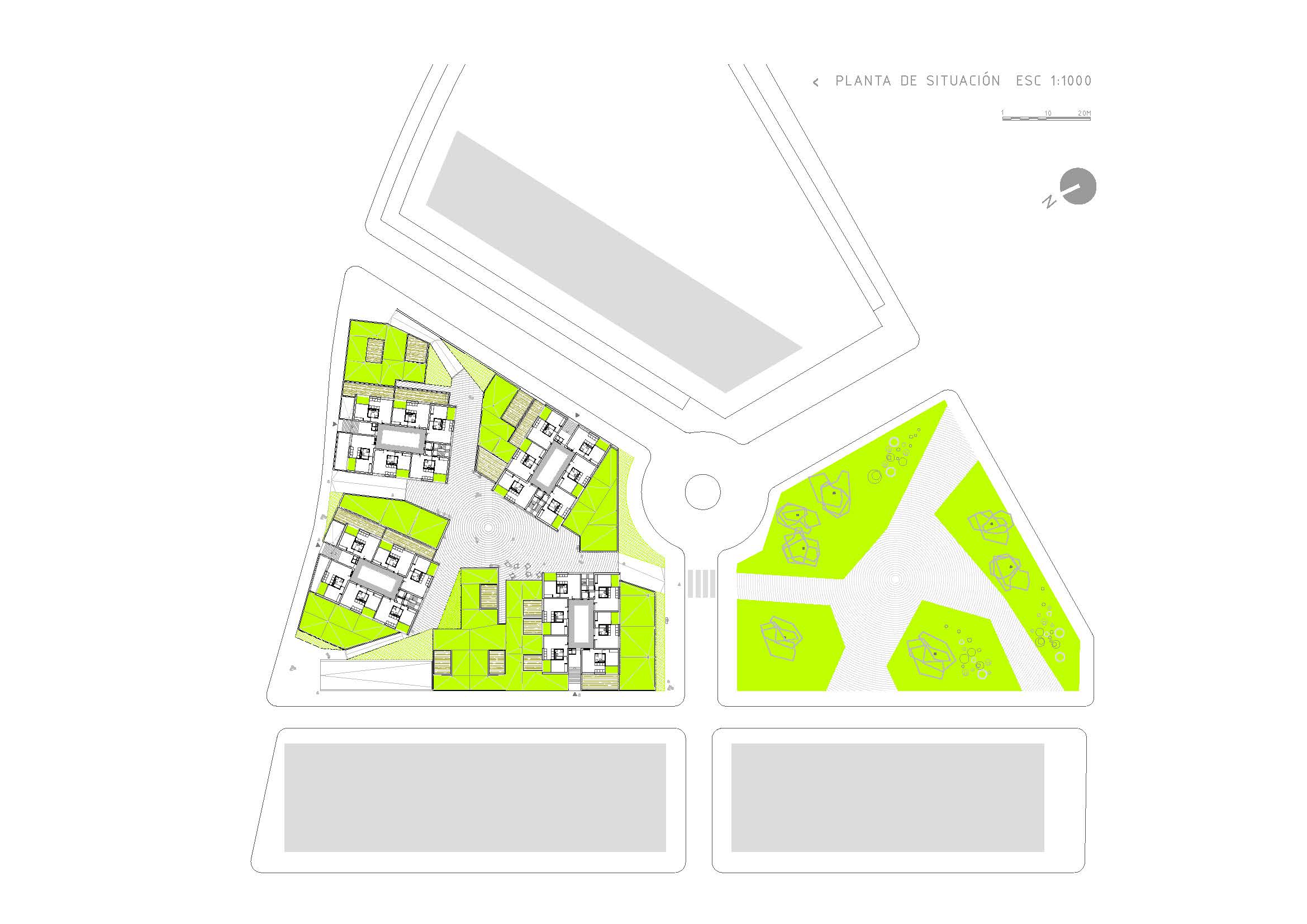 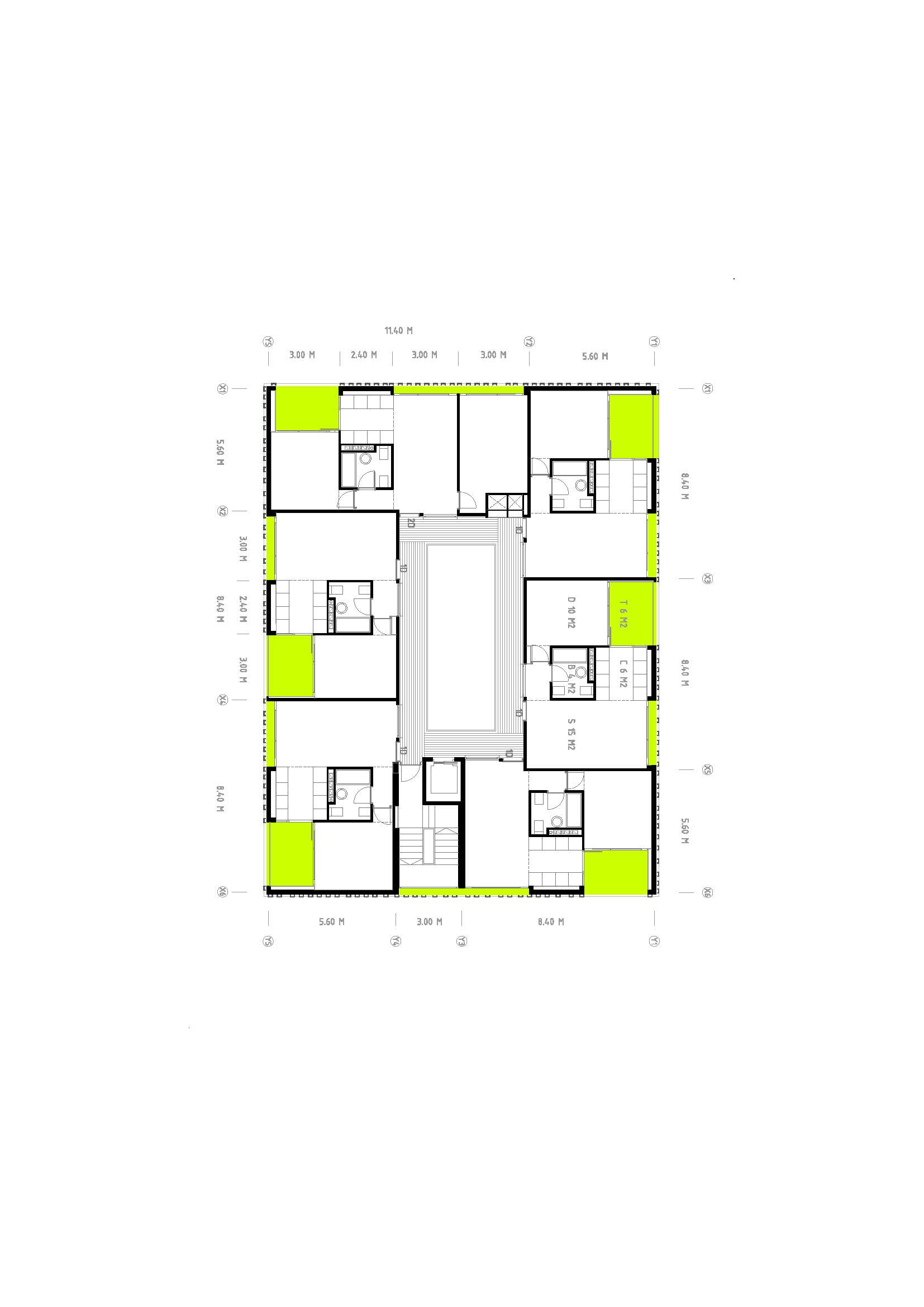 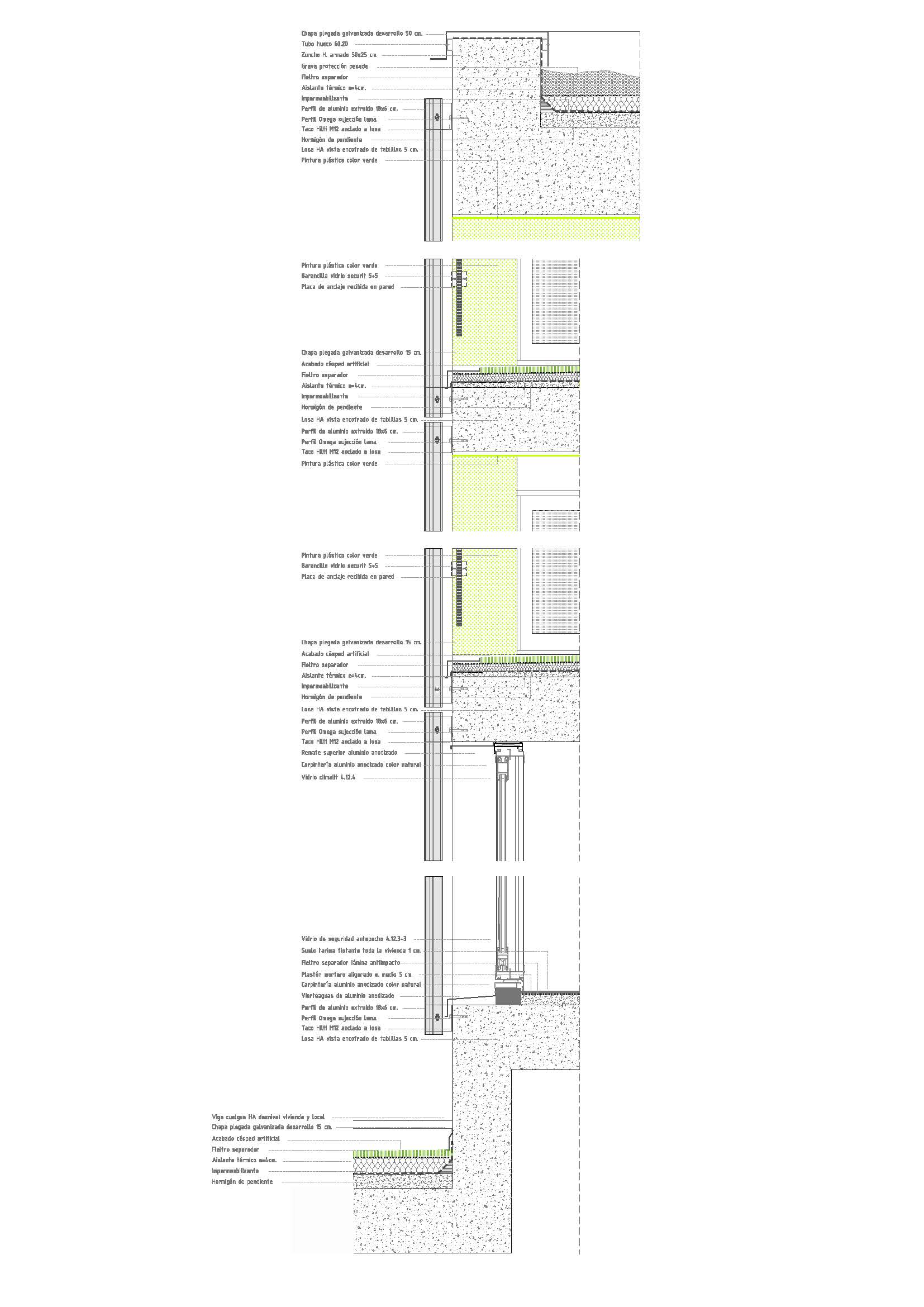 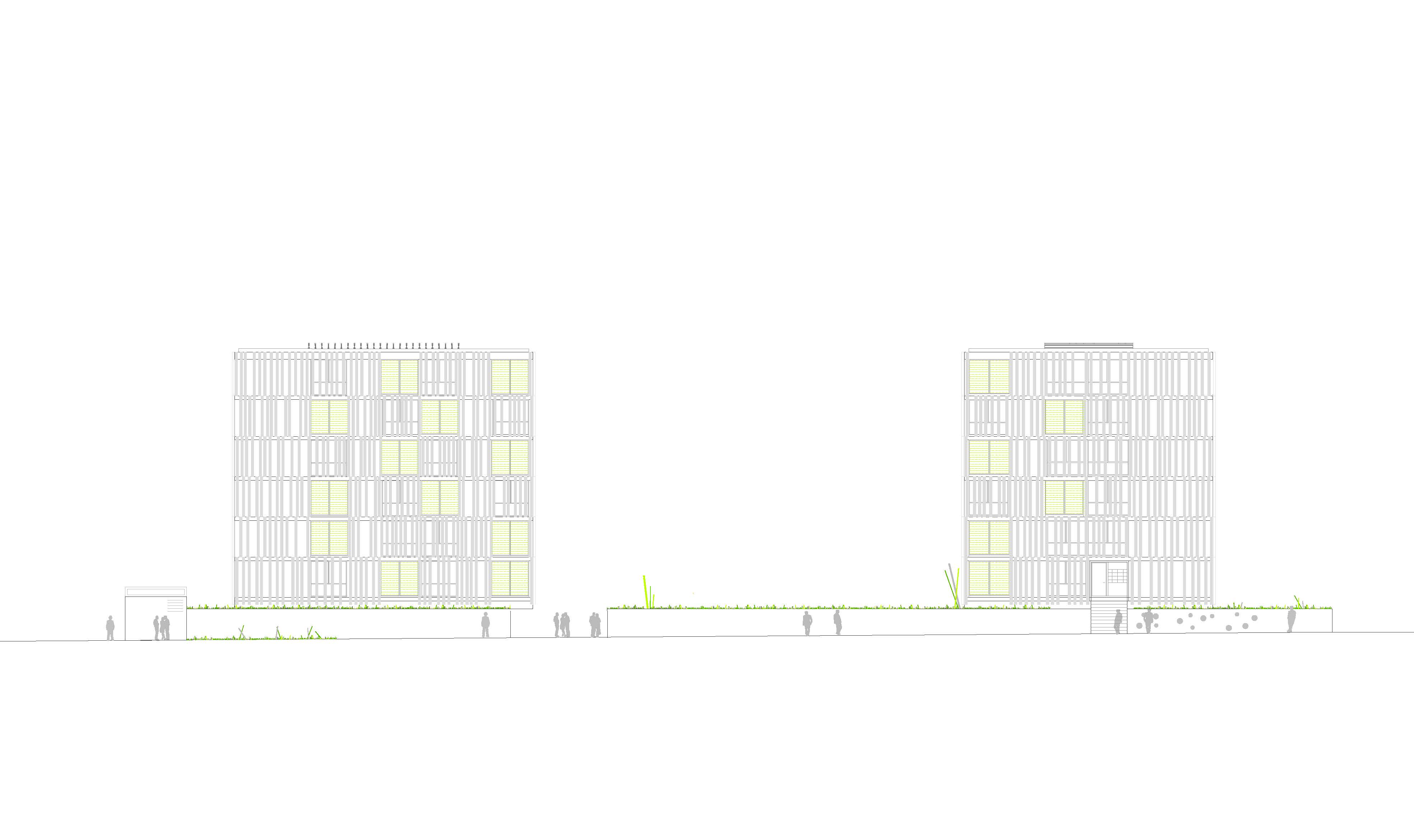 Of which residential: 18043,07
Public/communal areas: –
Facilities for the public: –
Business/trade:
Offices:

In the middle of 2005 the City Council of Parla, in Madrid, with the collaboration of the OCAM, summons a new contest in its exposition: 826 housing were distributed in 6 parcels of public equipment. They are houses in rent for young people, optimizing in 35 ms2 equipment its surface to give capacity to the greatest number of houses in the ground available. There is also a new thing: they adjudge the right of surface to private companies that pay for the aid, the construction and the operation of the rents, reducing the contribution of the city council to the management of the public ground and election of awardees. Three years later, in front of other aids never made by unworkability in the management, the housings have dealt. Our project was one of the six winners and we had to include exactly 156 housing, that were those that corresponded to us in the Plan.

In the aid, already from the own motto “TO CONSTRUCT SITUATIONS”, we left from the situacionistaspostulates of years 50. In its texts they taught to understand the city to us from the individual experience. They were left expositions back exclusively functionalist; they interested aspects that were beyond dimensional parameters, road hierarchies, full-emptiness and that took care of dimensional parameters, you will relate, phenomenological. The space of the city acquires sense with the use that their inhabitants do of it, of the multiplicity of relations that in the city can be given: to experience the city like a territory where “to construct situations”. This way, we would like to understand our proposal of houses for young people like a playful reapropiation of the urban space. The own plane of situation, memory of the psicogeografic maps, shows to the location like part of the network of spaces public of the municipality.

We propose that the ground is freed to the maximum, creating a field of leisure activities that vary with the subject and the environment. The houses are grouped in four towers, very dense and compact, floating on a great equipped green carpet.  In each one, the houses are organized around a central, illuminated and ventilated space, that allows to establish relations between the users in vertical and horizontal sense, and guarantees the ventilation crossed in all the houses. A vertical nucleus of communications serves five houses as a dormitory, and one of two, by plant. In its interior, all the space is opened to an extra outer emptiness (not including in the 35 ms2 that it requests the program), that introduces light, ventilation and energy to the house and are simultaneously a multipurpose space. Faced with the standard program-Bedroom-Hall Kitchen, we propose a configurable space, without program, multipurpose in its use. The only piece fixes are the fog rooms, on which halls and dormitories pivot, introducing certain randomness in the composition of the facade. A closing of you lick of hard anodizing aluminum of 18 cm. of width, surrounds the facade, dressing the construction, and obtaining a contemporary image in the frame of a limited budget that did not surpass the 700 Euros square meter on grazing.