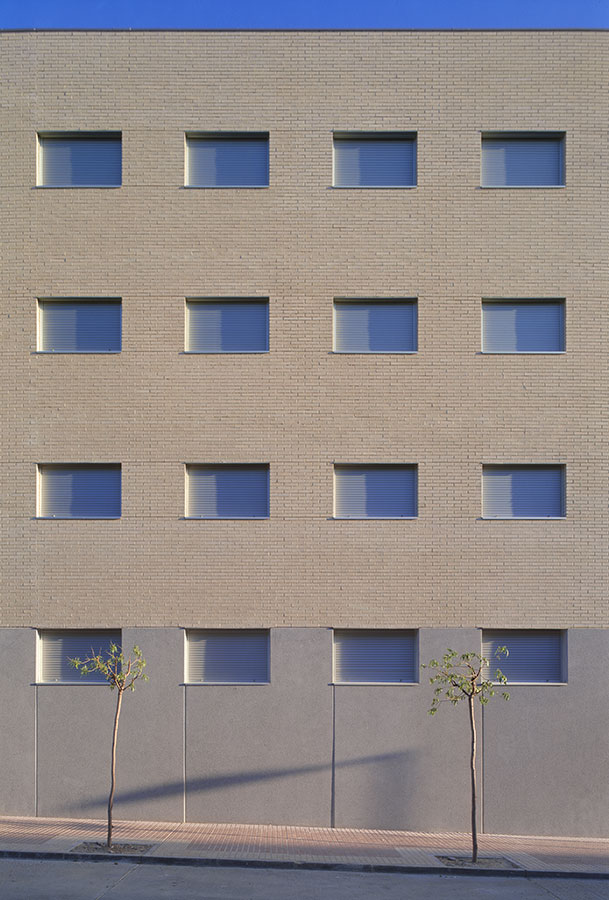 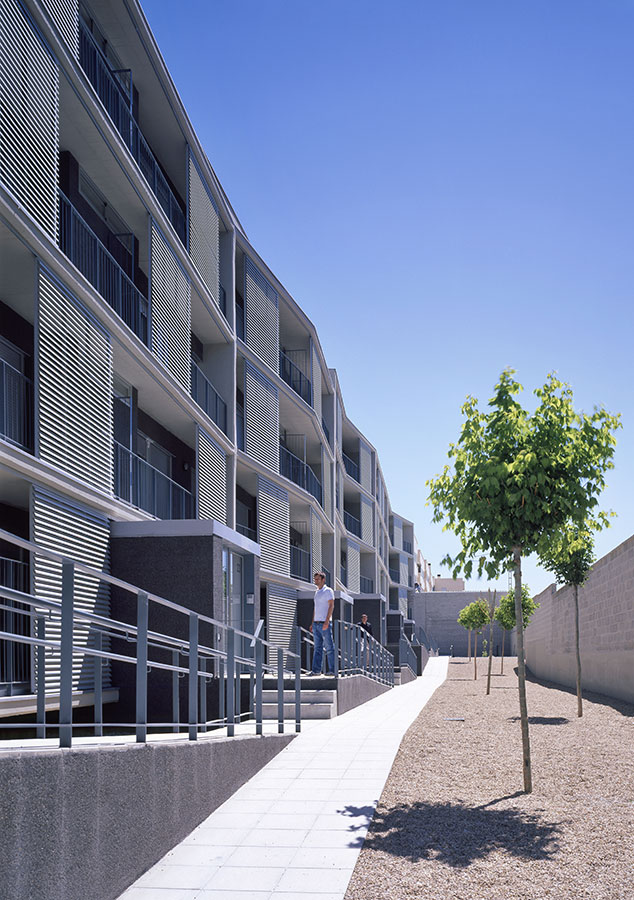 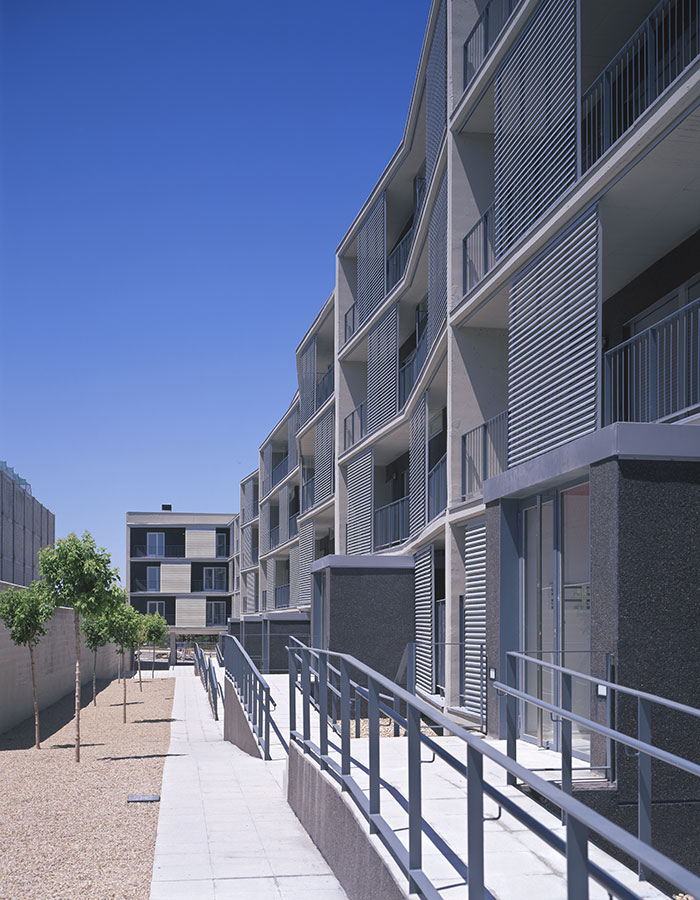 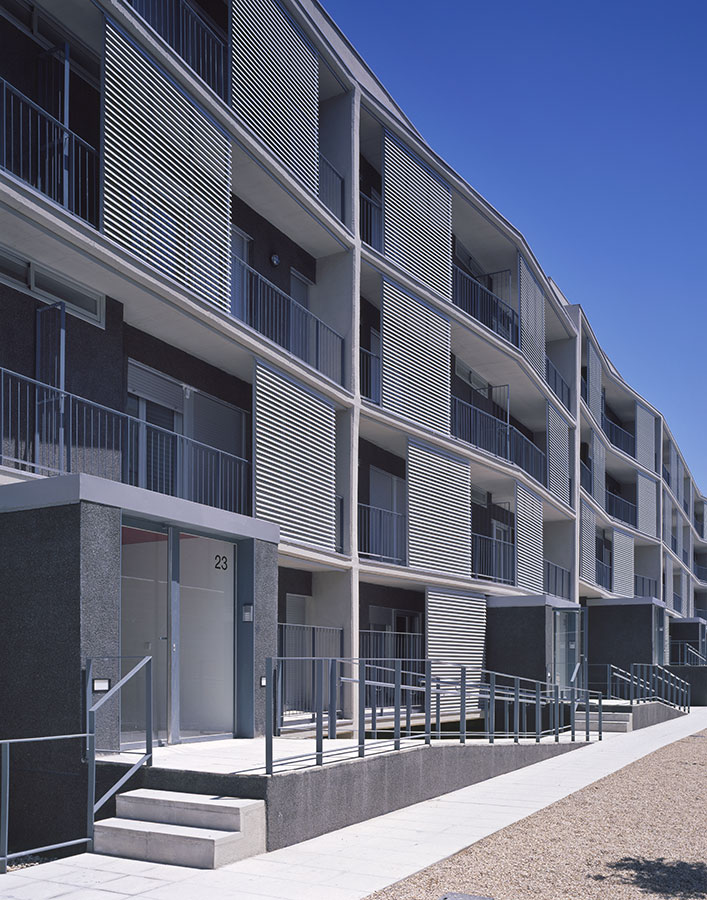 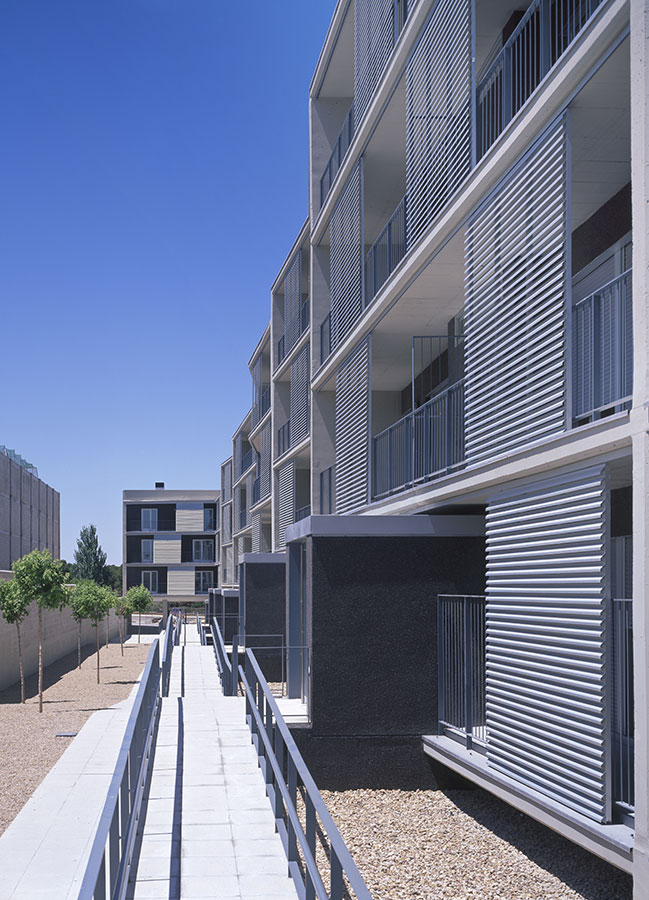 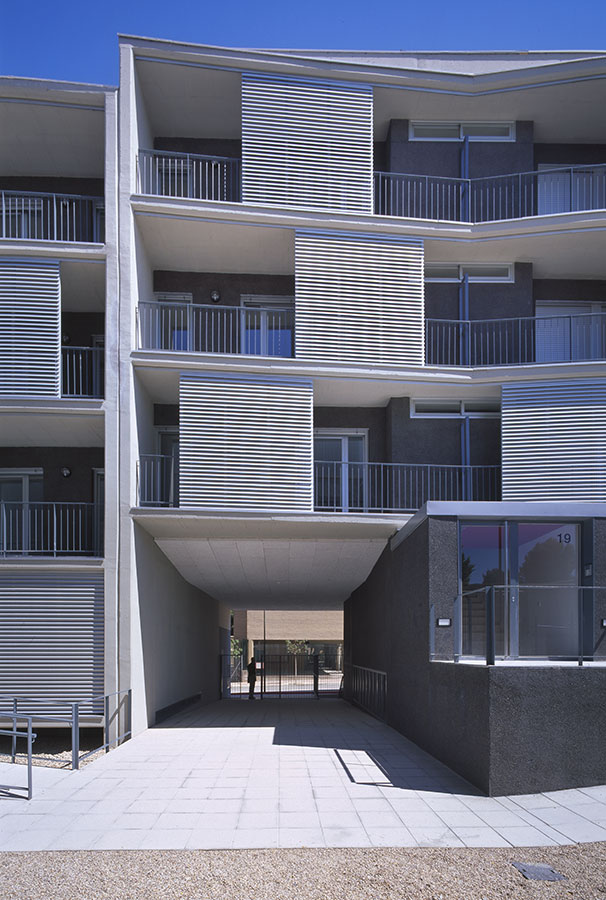 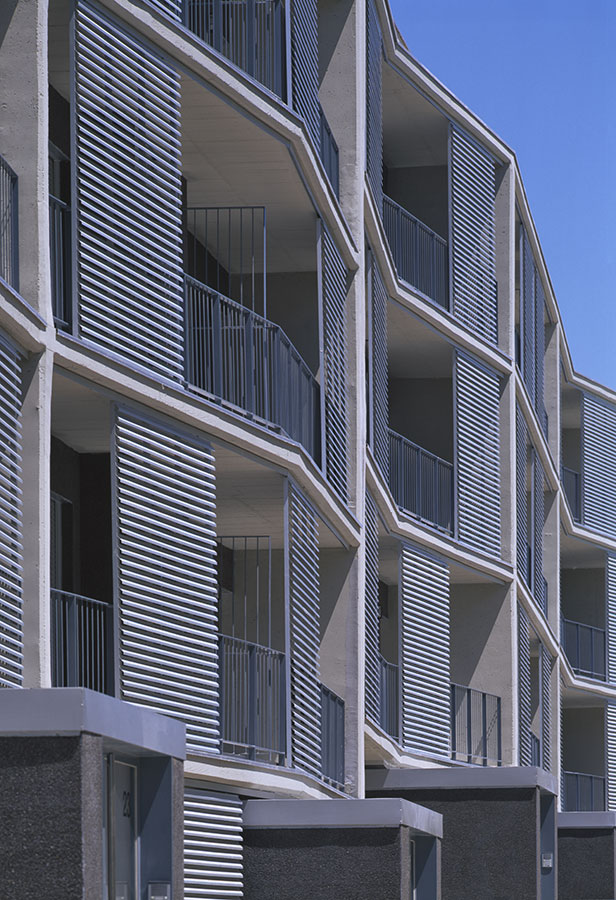 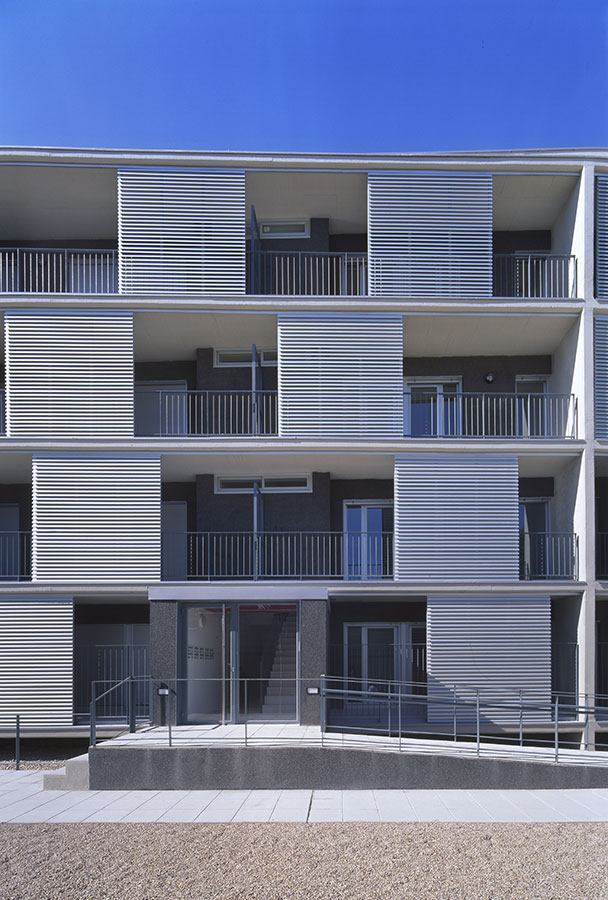 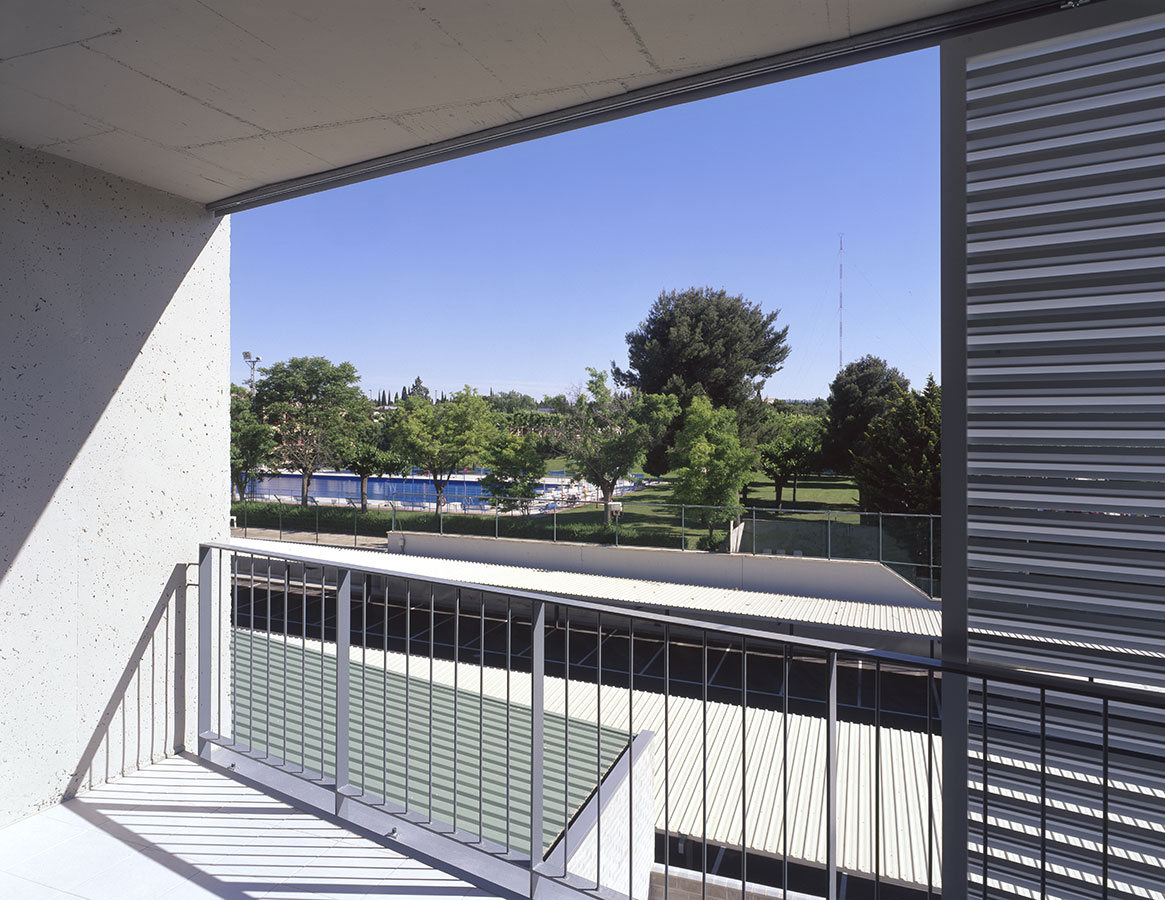 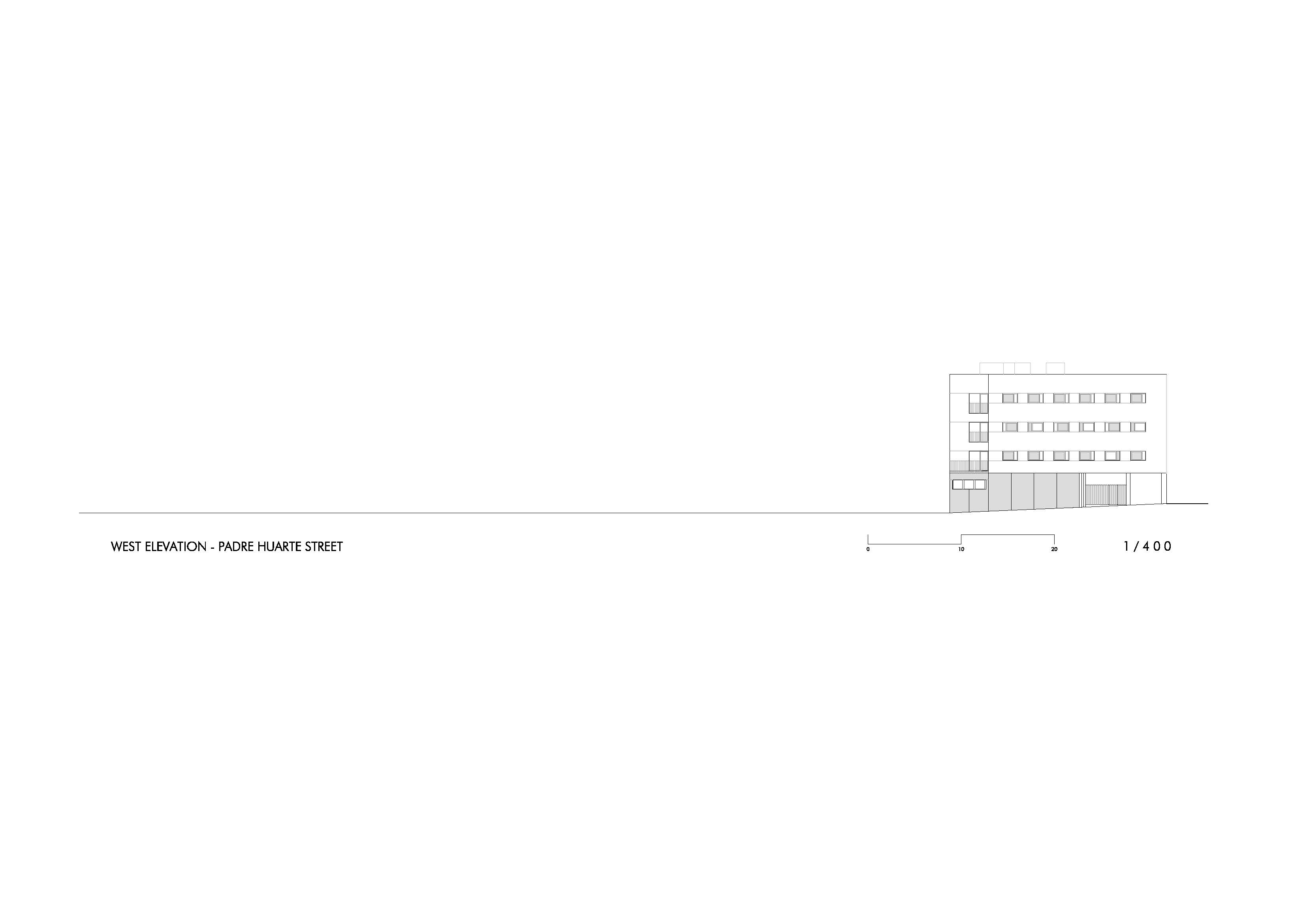 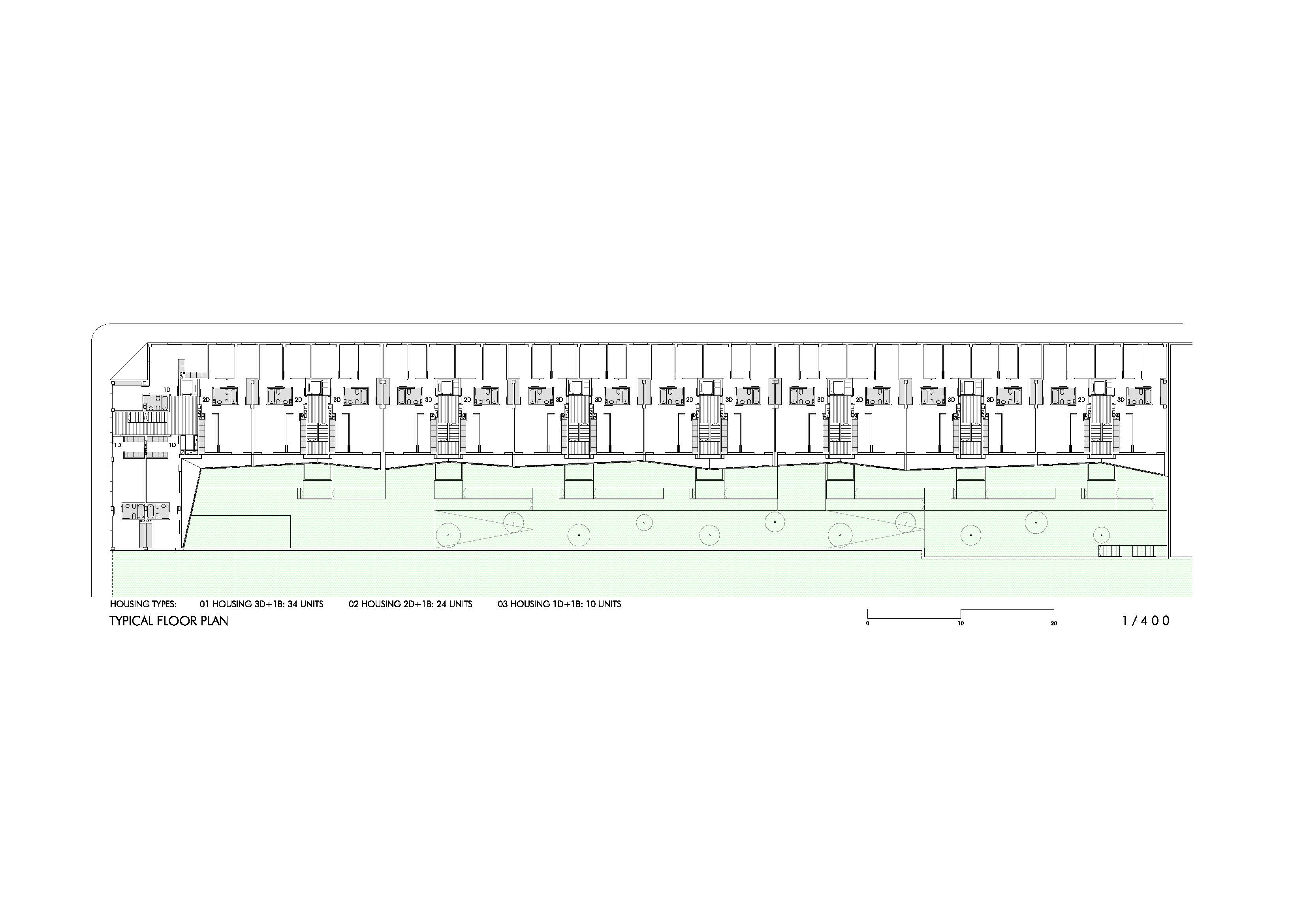 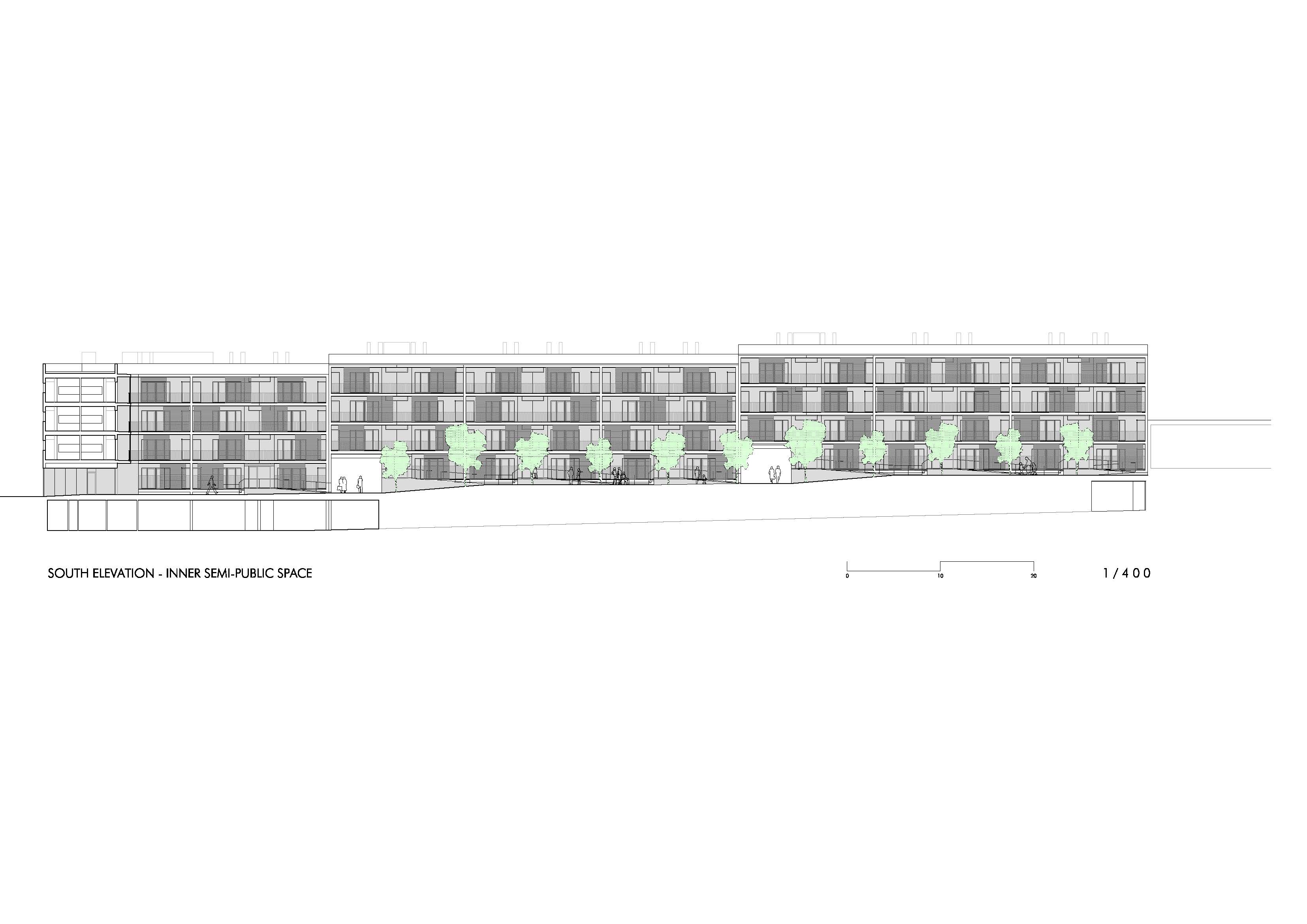 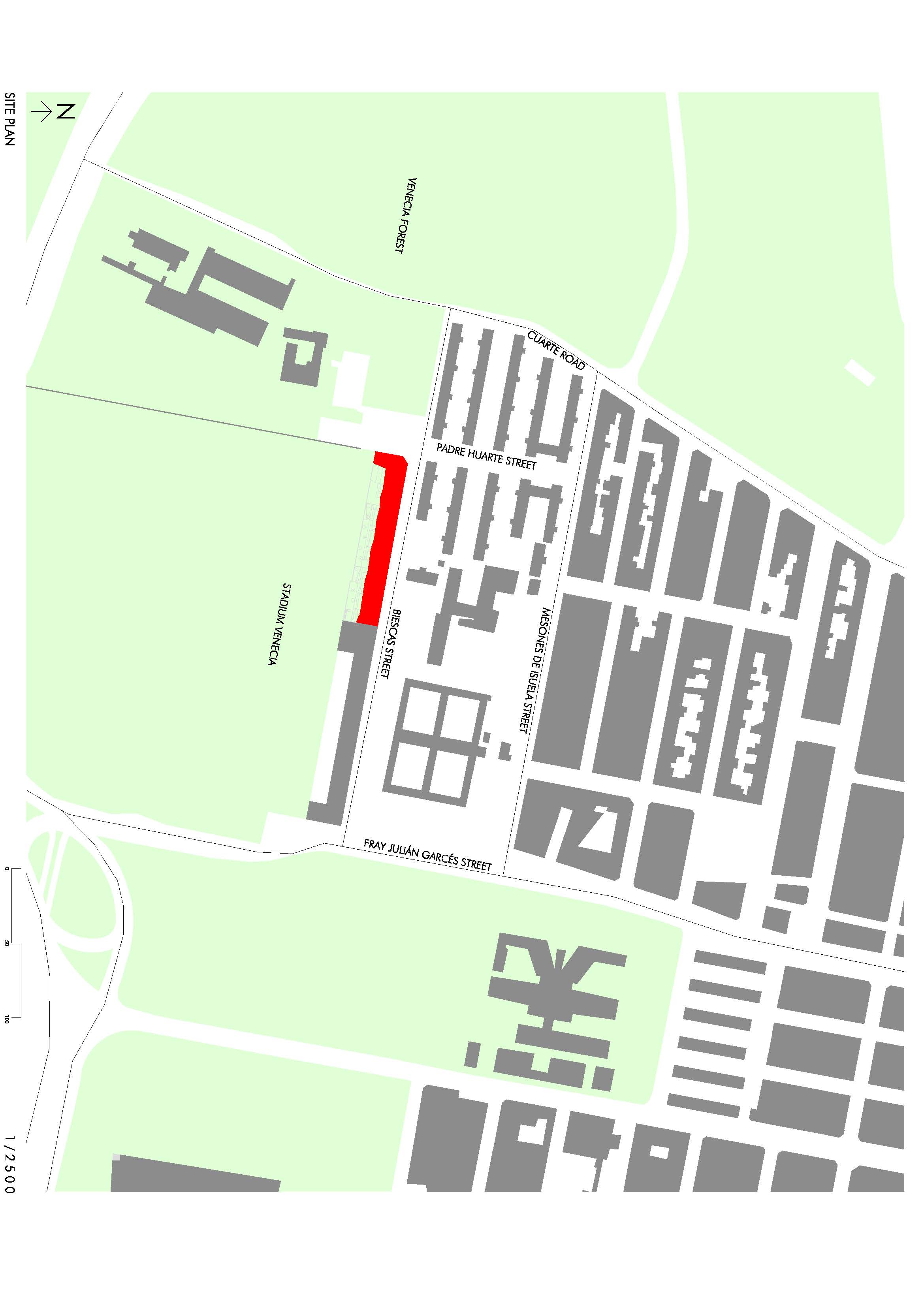 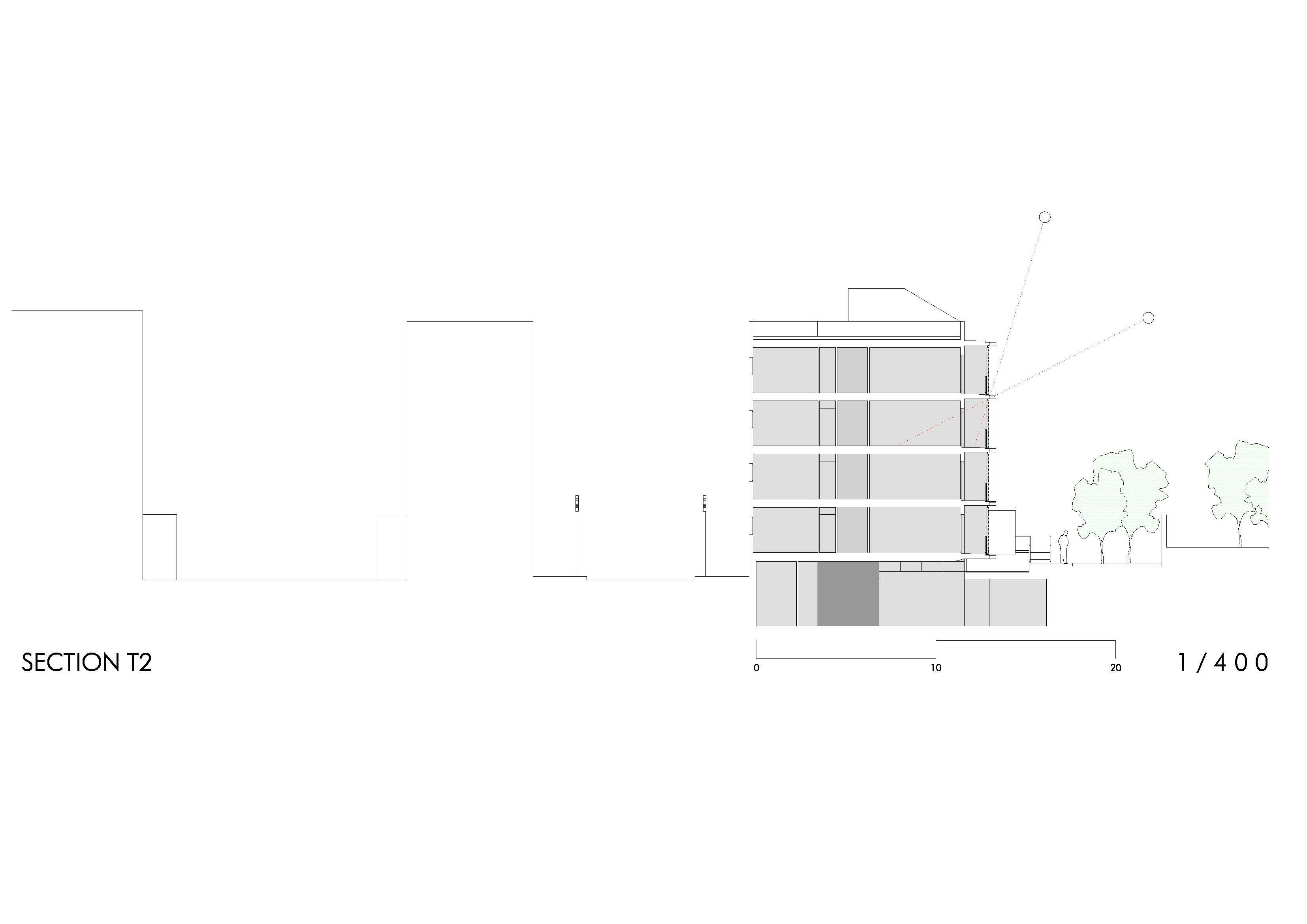 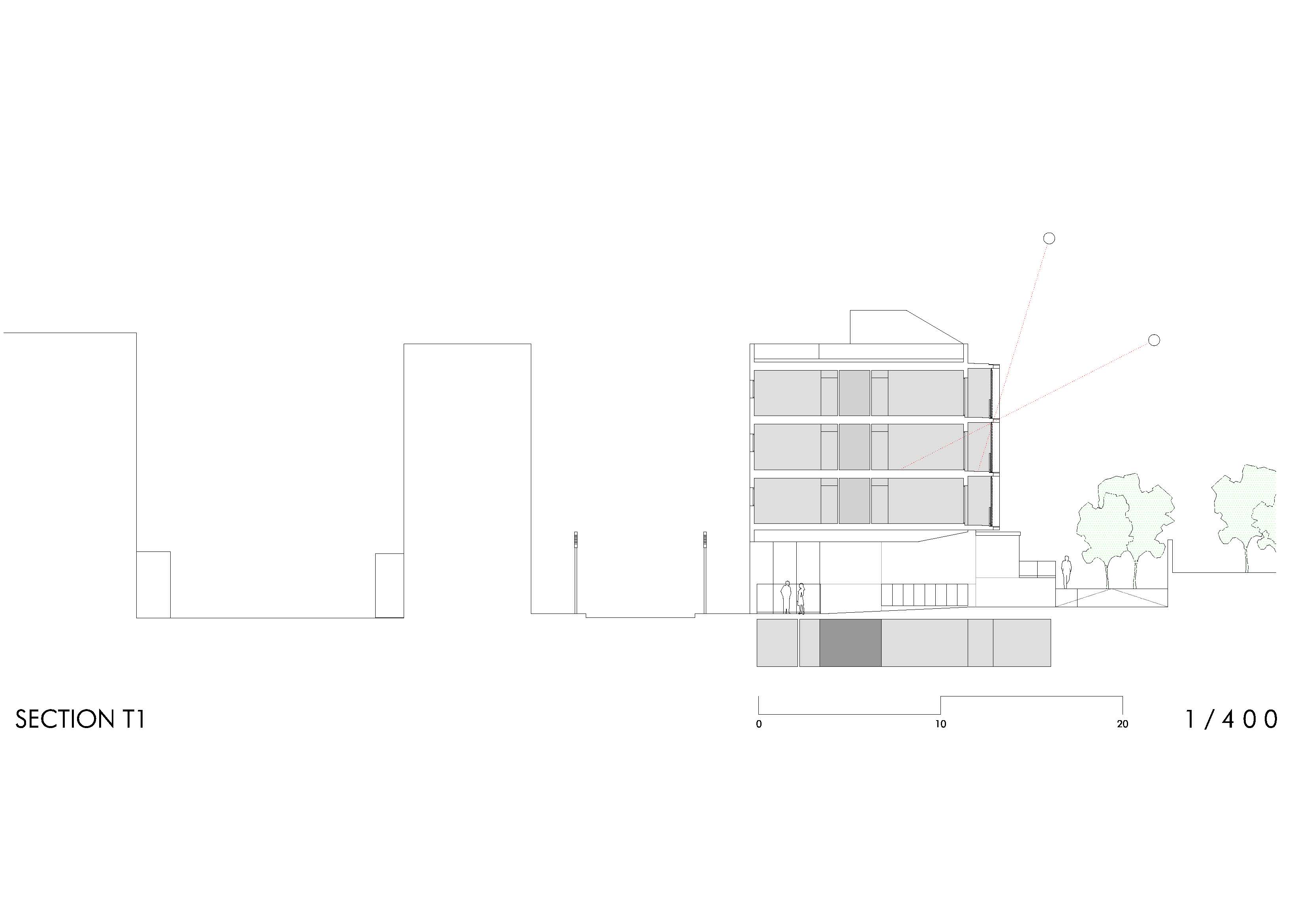 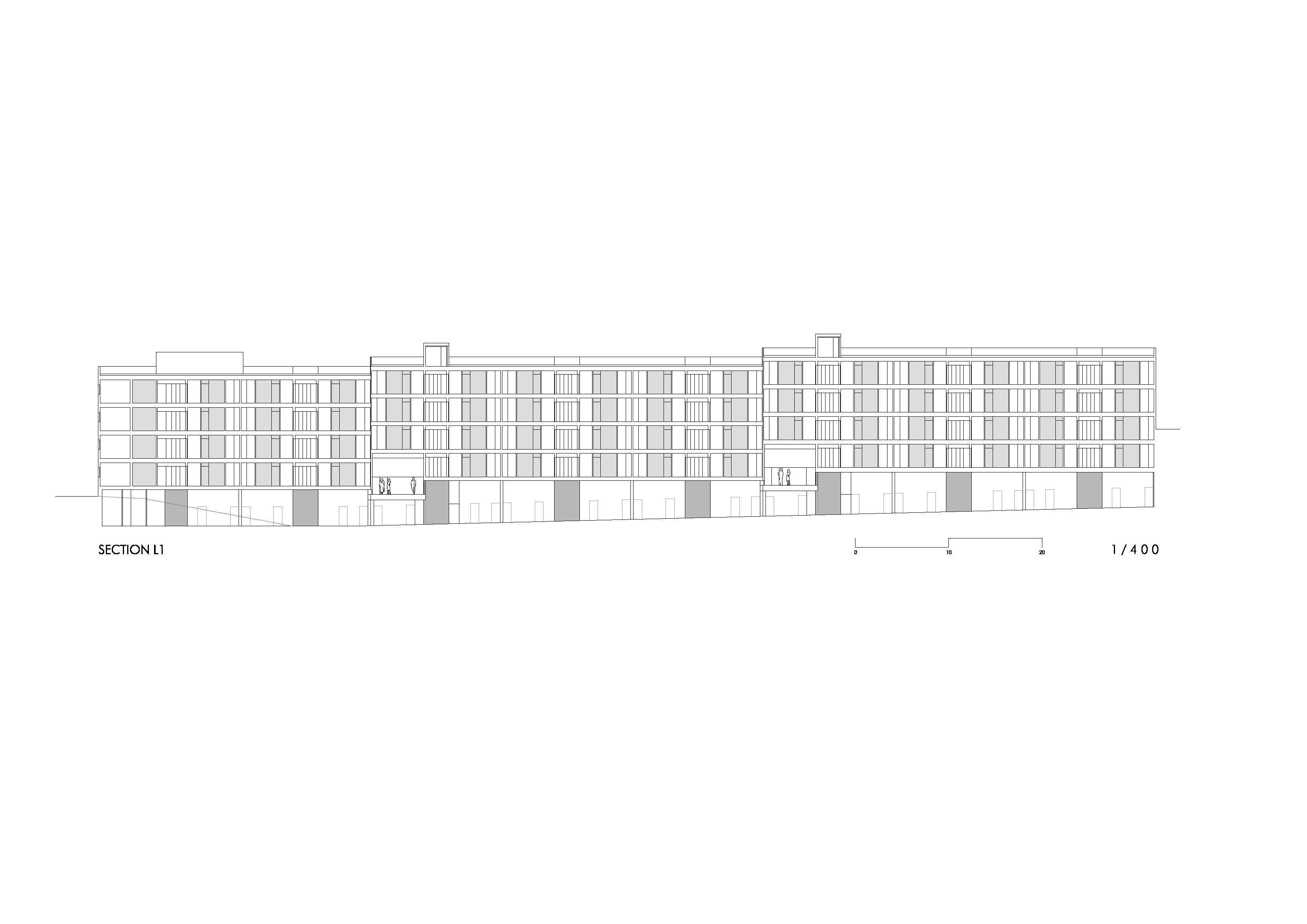 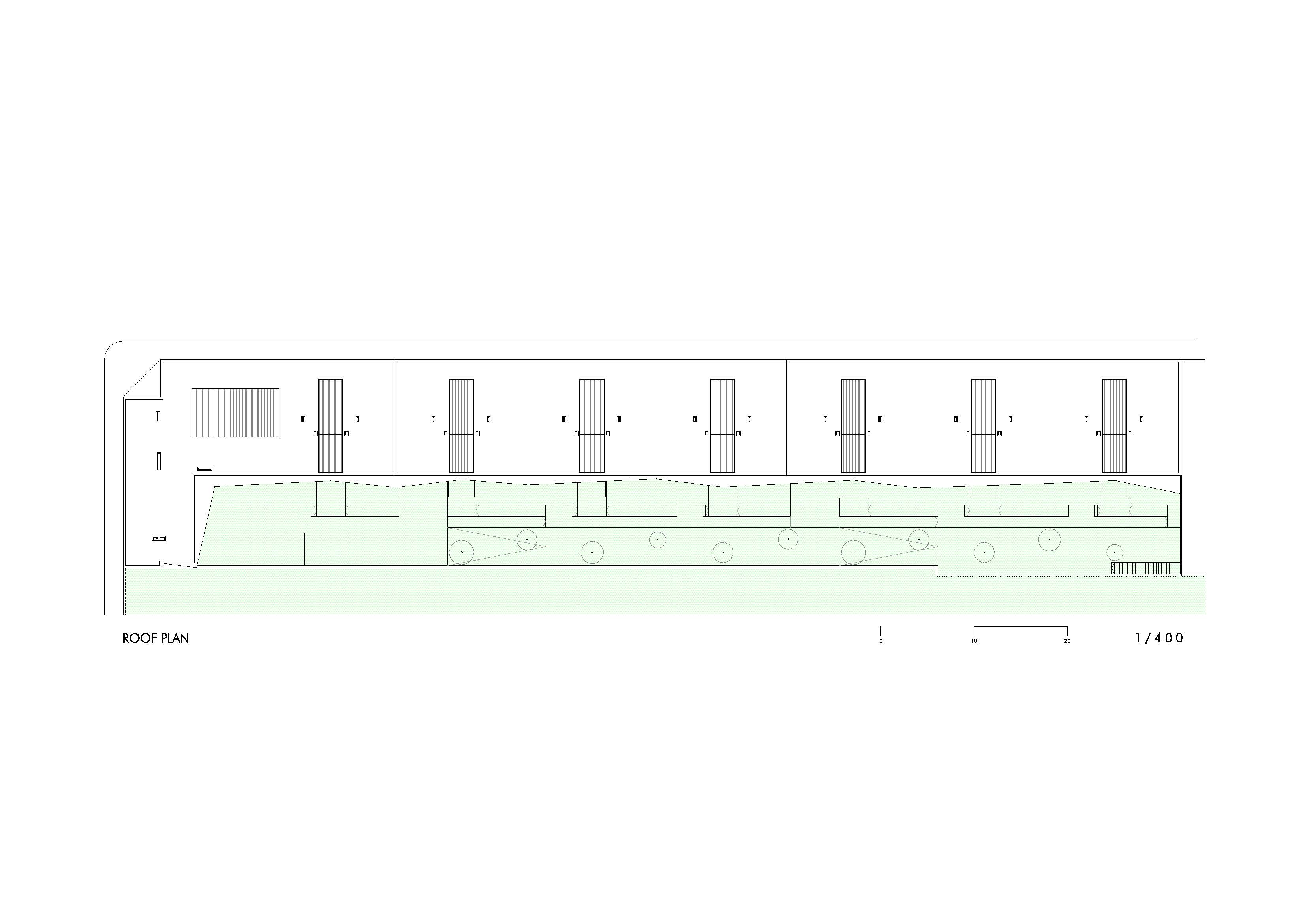 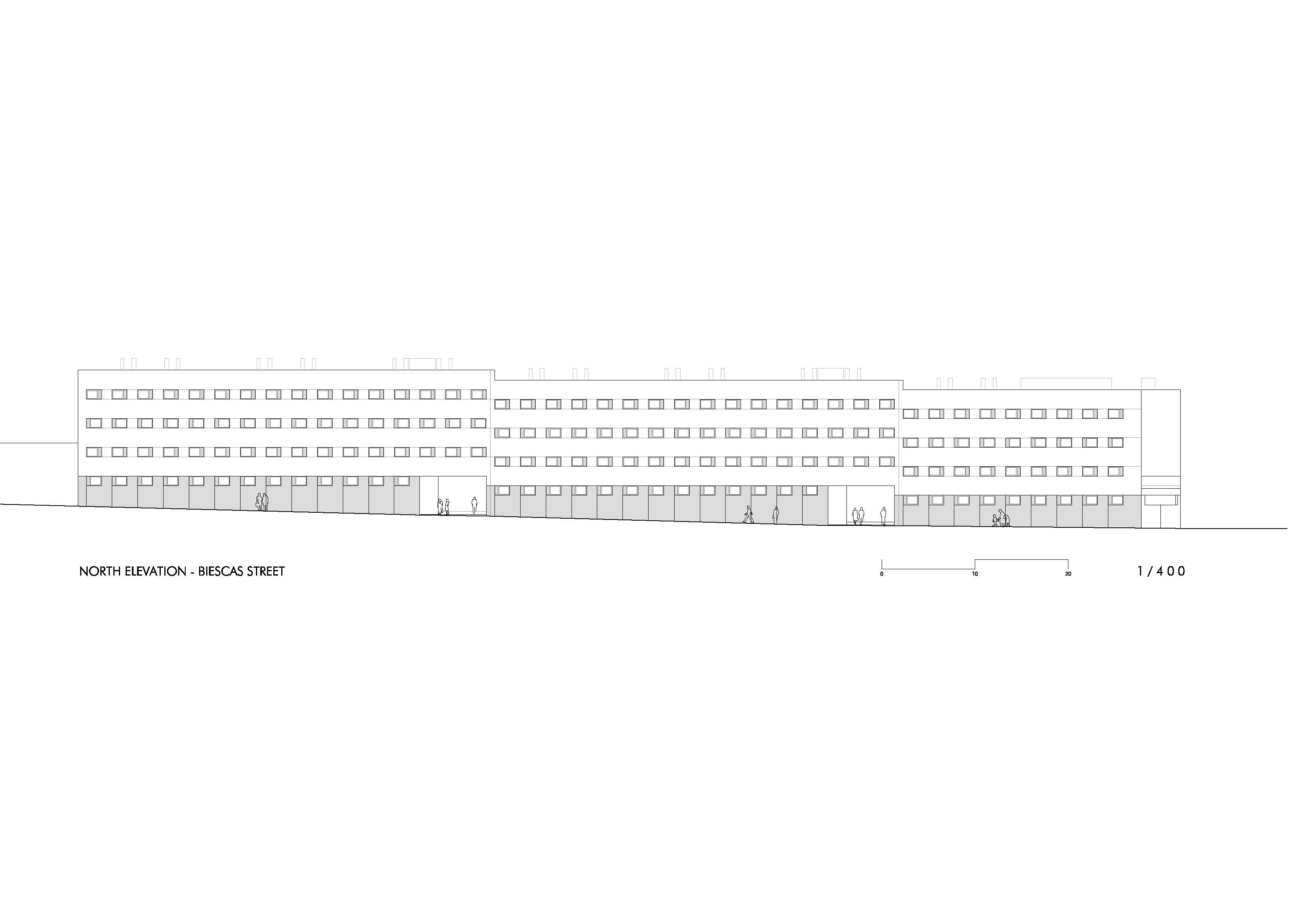 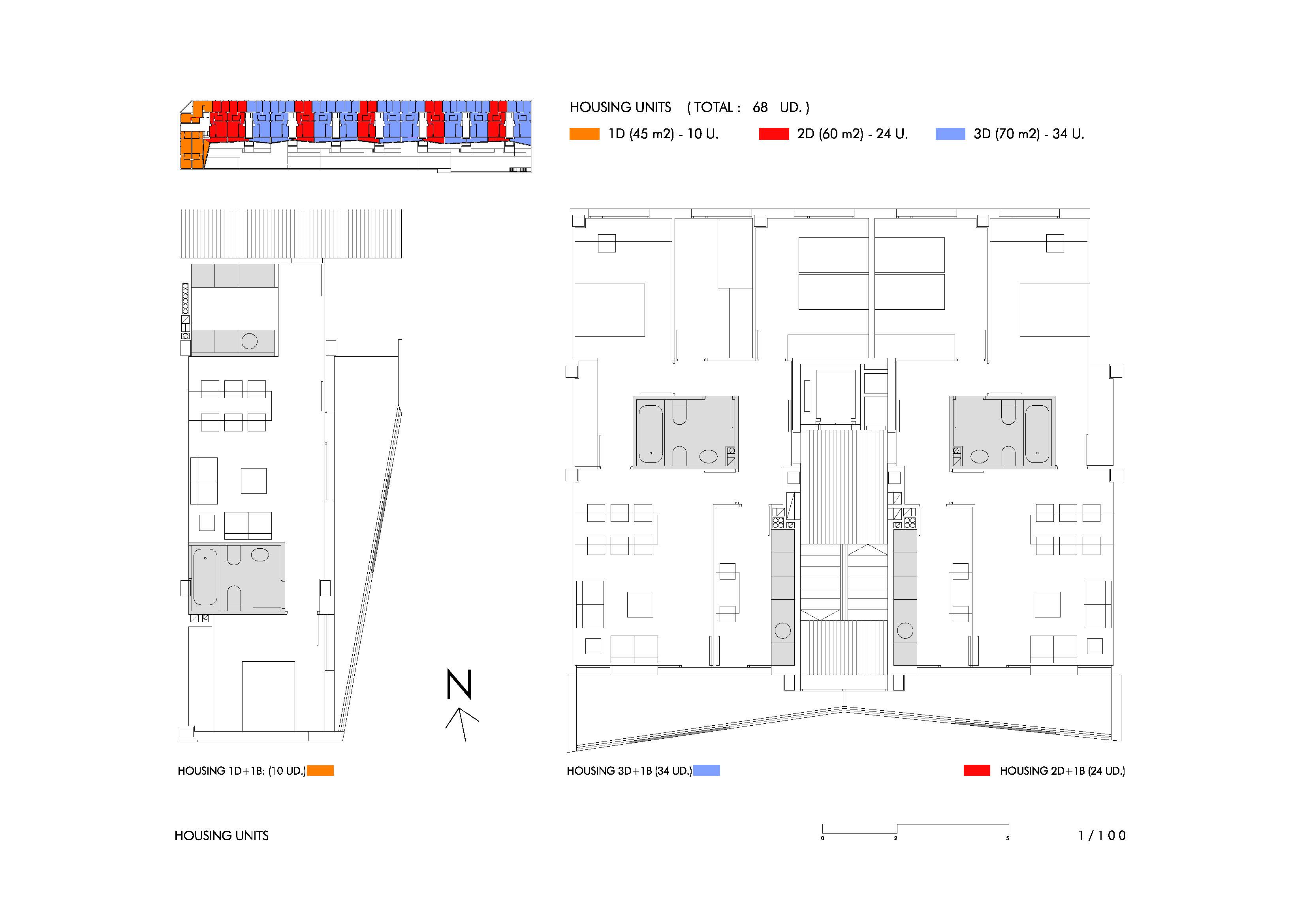 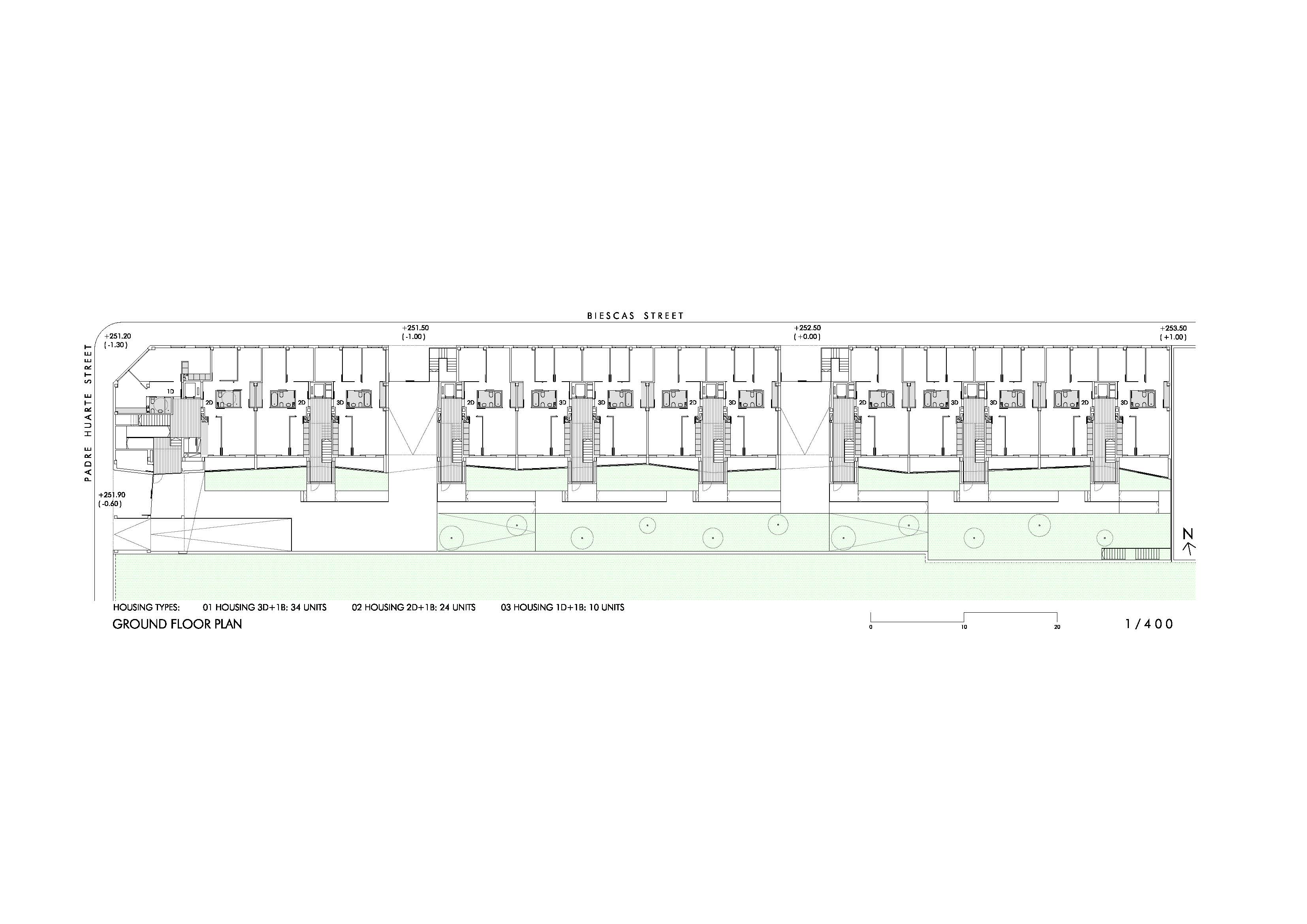 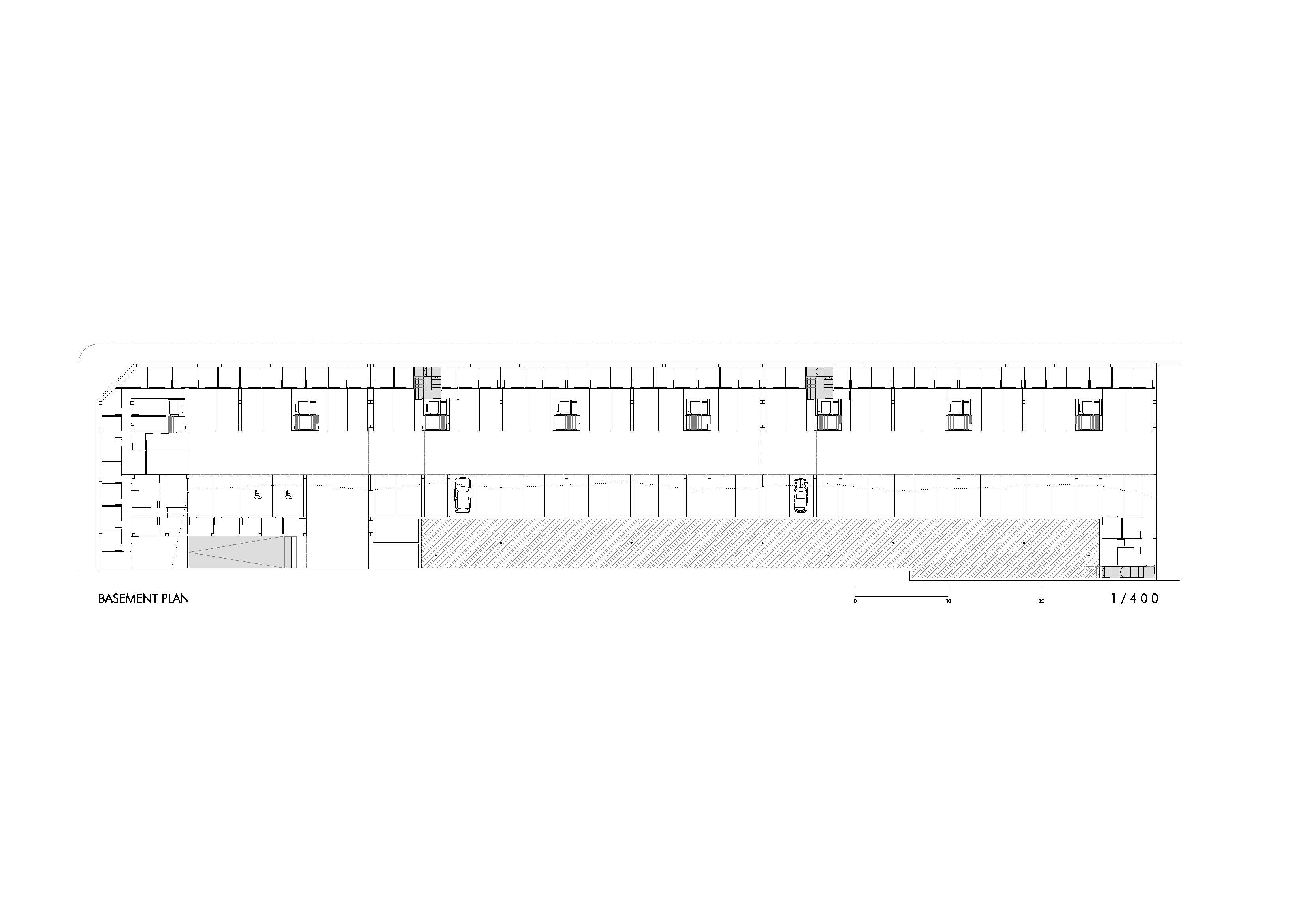 The project developes a residential program of state subsidized housing in a building leveled in three sections in order to adapt it to the slope of the terrain. The location and the longitudinal dimension configure a peripheral urban building that responds in a distinctive way to the conditions of the environment. The orientation of the building supports the idea of contrast between the Northern closed exterior and the uneven and open to the South interior.

The housing units participate in this double orientation, with the bedrooms to the North and the daytime rooms towards the South, facing the garden space. The bathrooms ocupy a central position that allows a double circulation around them, as well as the extension of the lines of sight in the housing, giving a sensation of openess despite its reduced surface.

On the exterior the building presents a closed configuration that seeks a discreet integration within the immediate environment. These façades follow the regulated alignements and are configured from the repetition in series of the openings. The fencings are built with white bricks and the base on the ground floor is made of prefabricated concrete panels.

The entrance halls are located in the places where the building delineates its height to adapt to the slope. These are of wide dimensions and connect the street with the interior garden space which gives access to the dwellings and creates a sequence between the public and private spaces. The differences of heights are solved by soft entrance ramps to the doorways.

In the interior space the building is characterized by some uneven walls defined by a poligonal. The seen structure with concrete slabs and panels configures a middle space between the housing and the exterior in front of the daytime rooms. The fencings of these spaces and doorways are characterized by its finishing with black stony mono-coating. The different directives of the façade and the variable positions of the sliding aluminium panels give movement to the façade and a changing aspect throughout the day.

The configuration of the building favours good thermal conditions: the closed northern façade isolates from the noisy environment amd adds thermal inertia, while towards the South, the aluminium sheets, the slabs of the terraces and the deciduous grove allow the sun´s exposure in the winter while in the summer it is alleviated.