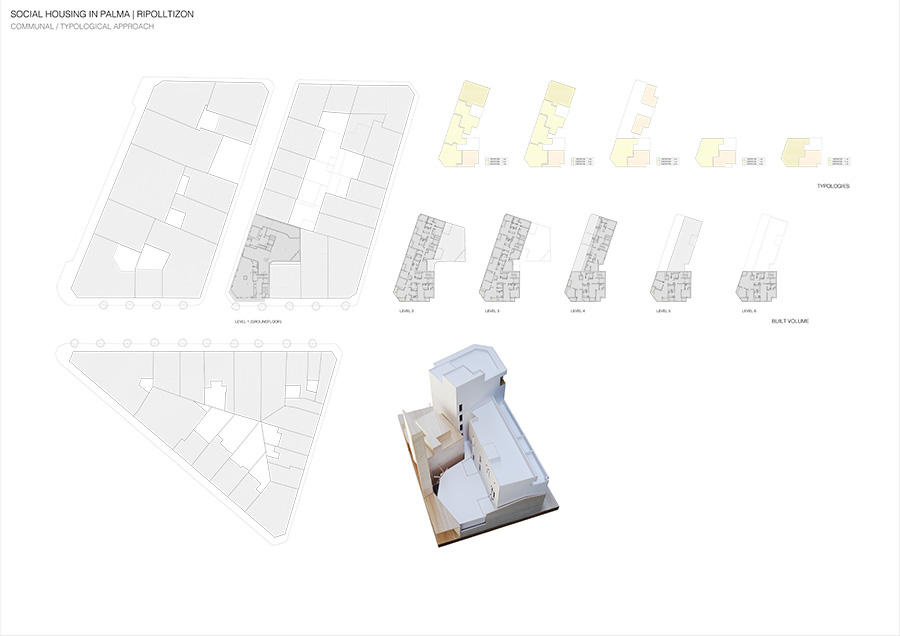 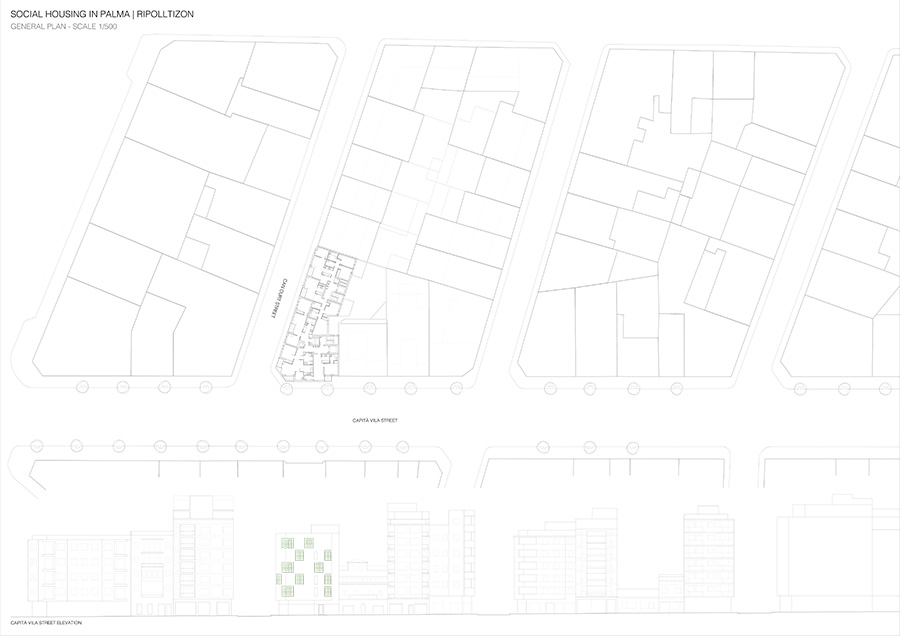 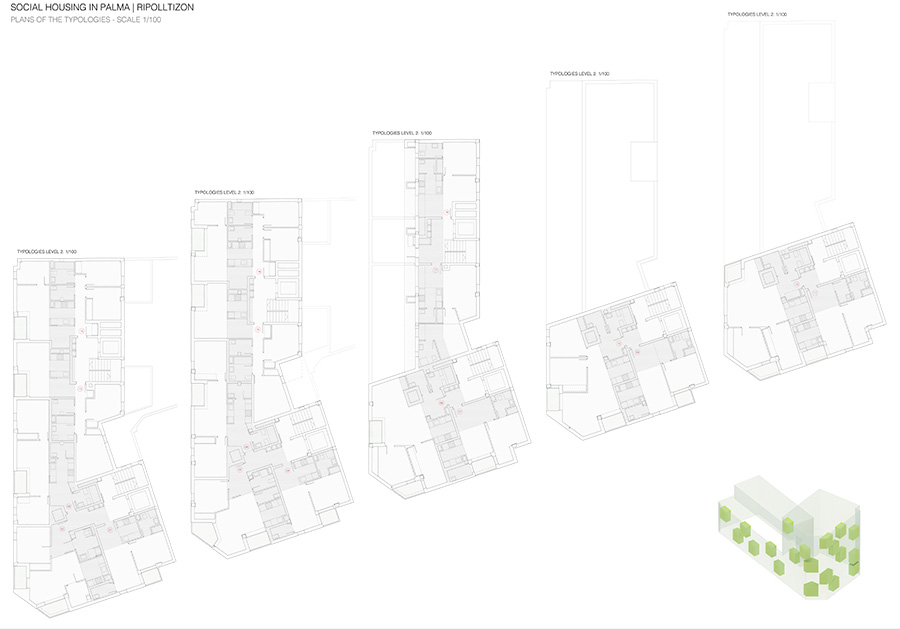 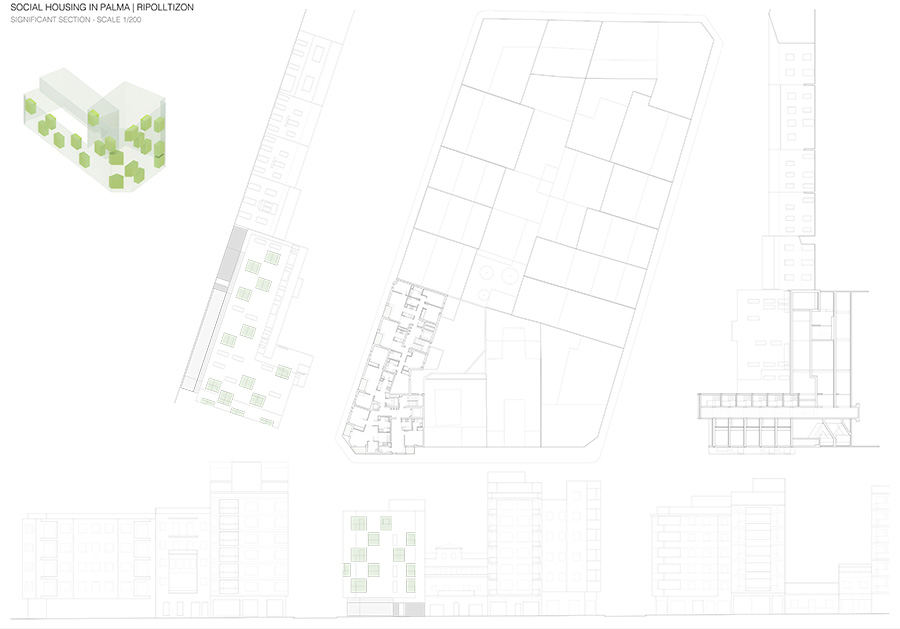 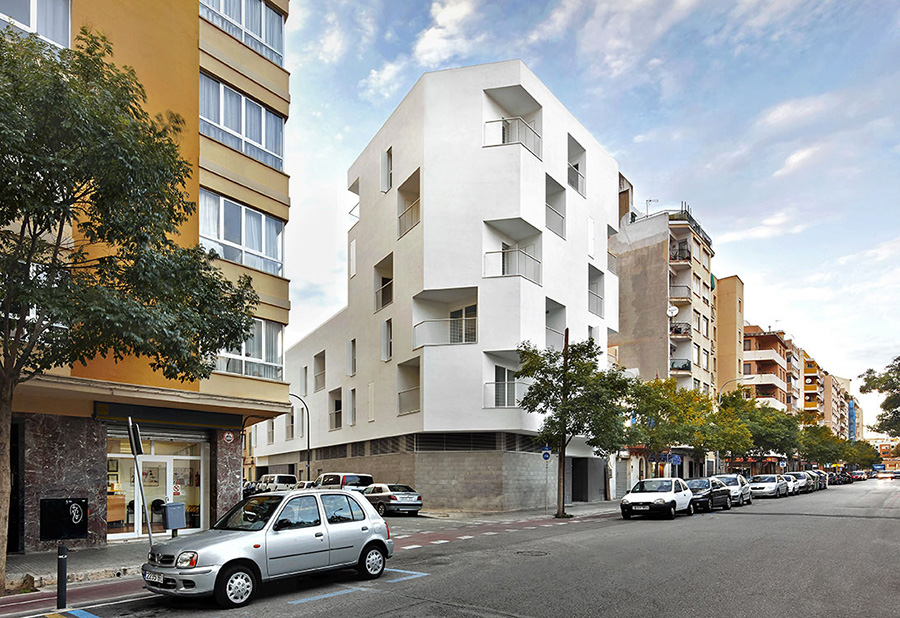 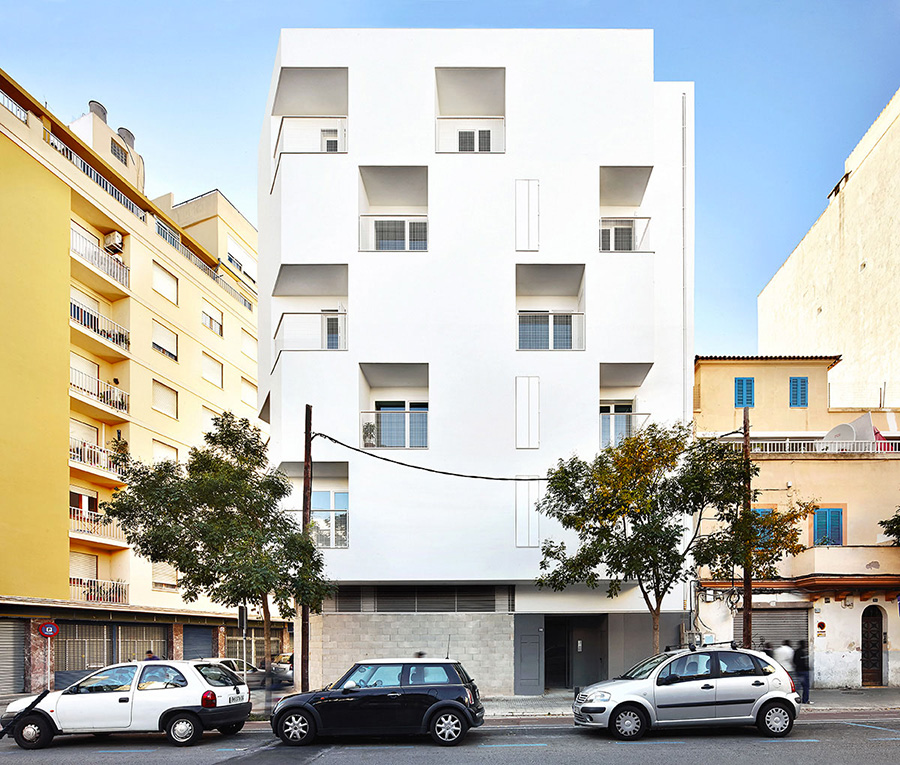 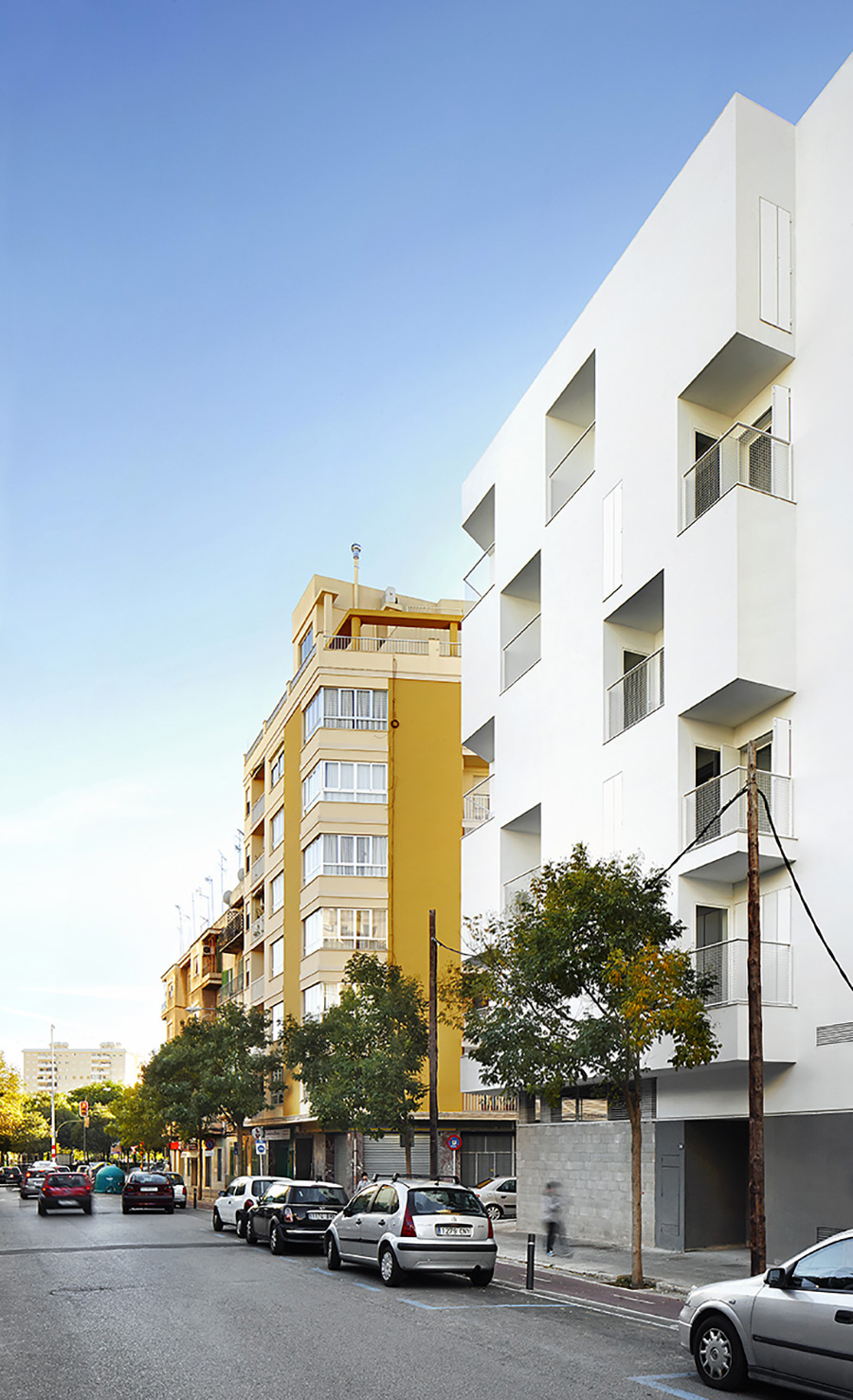 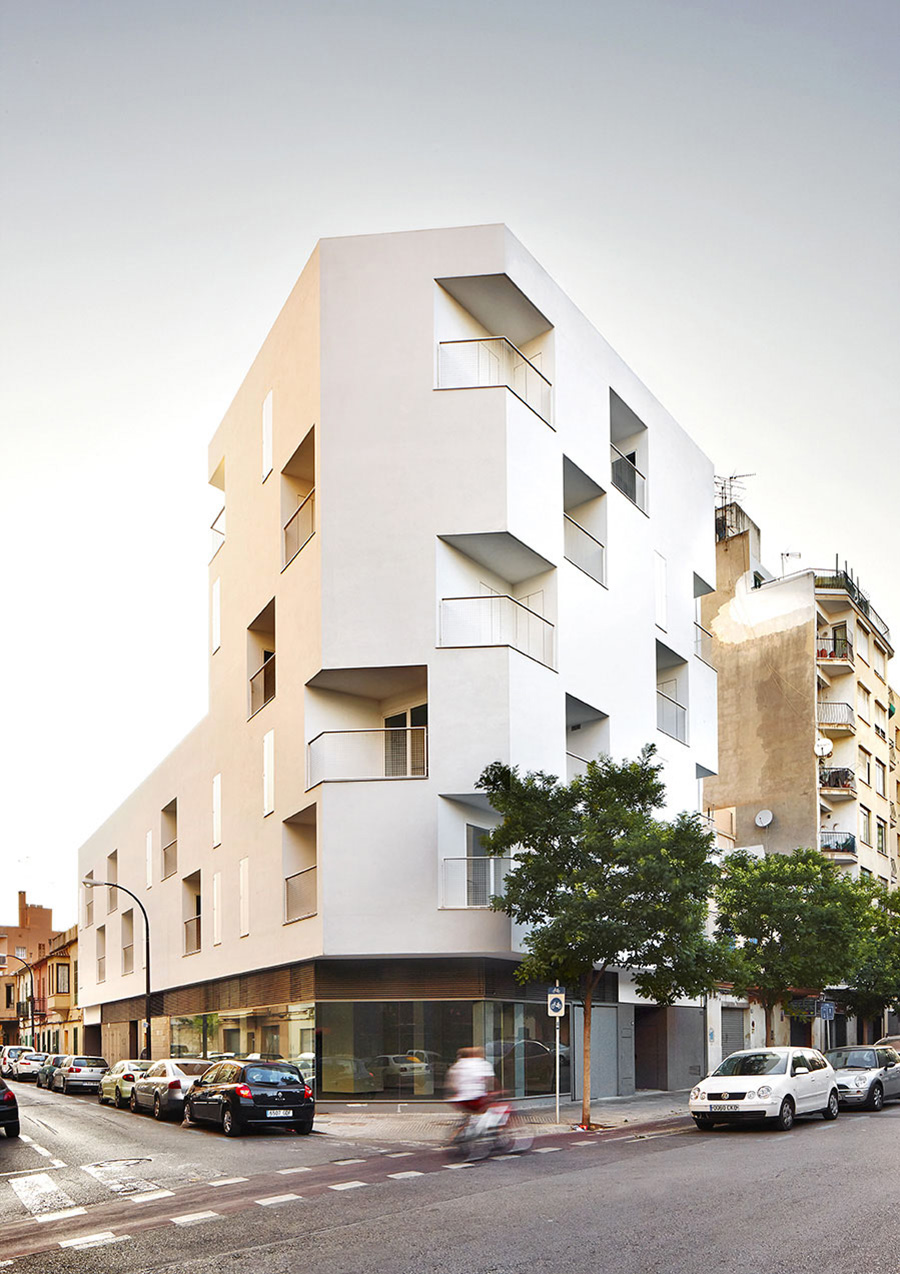 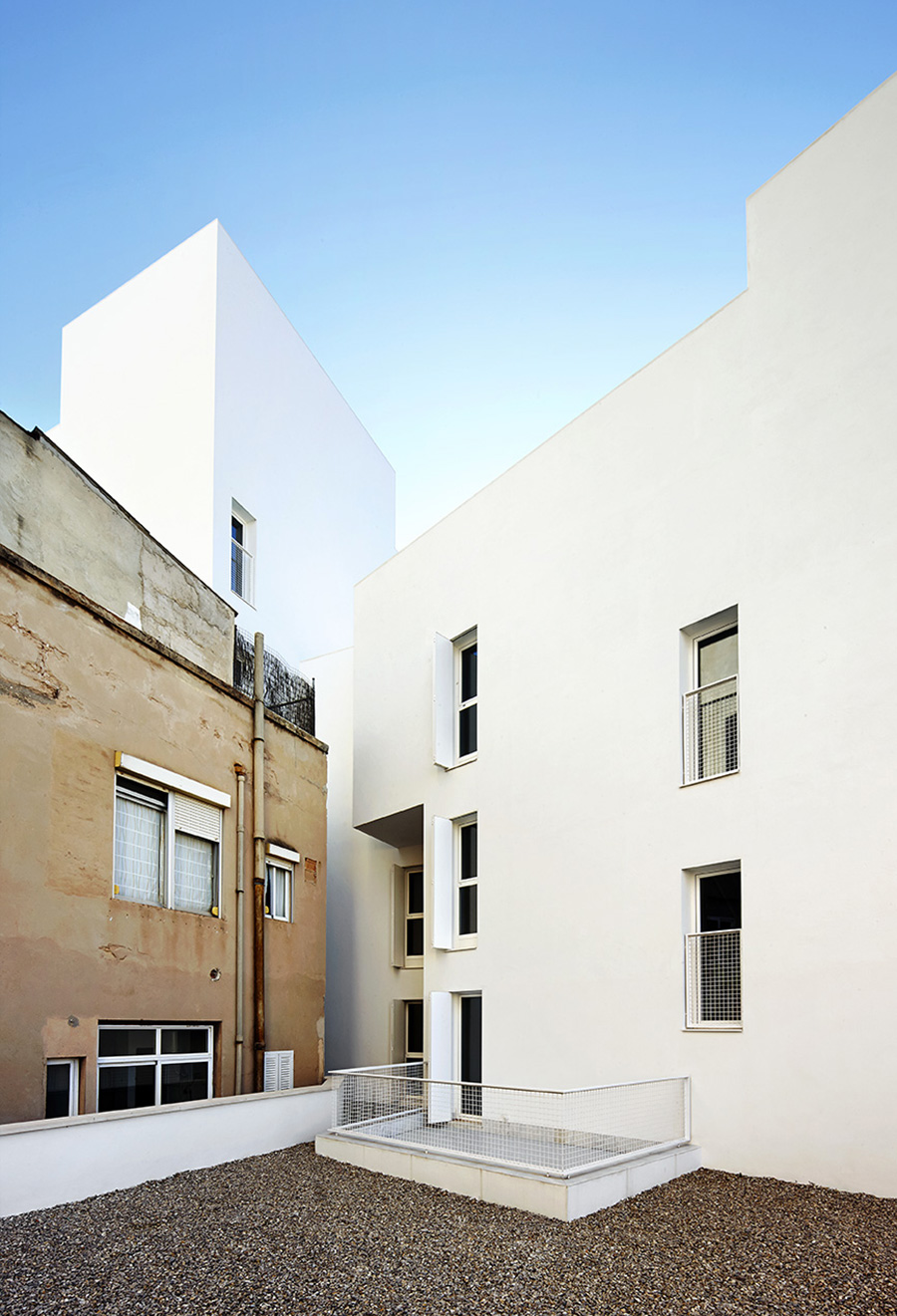 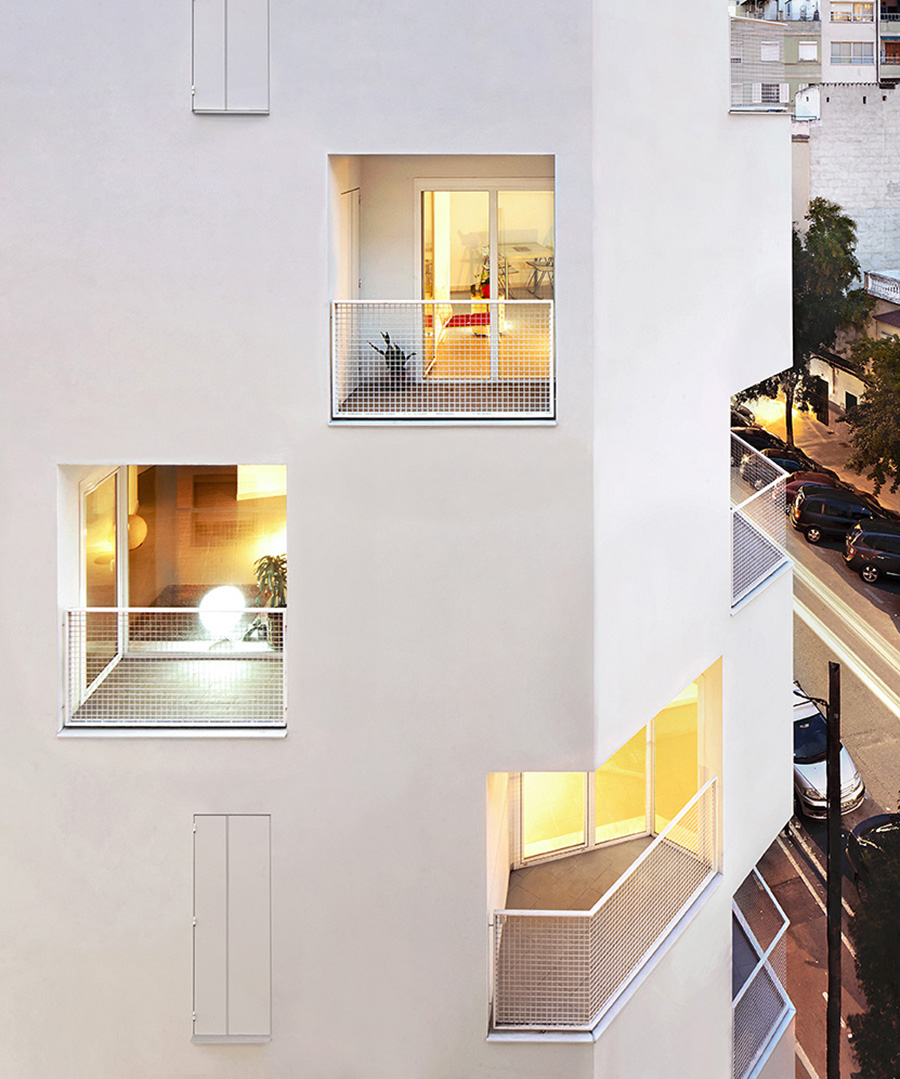 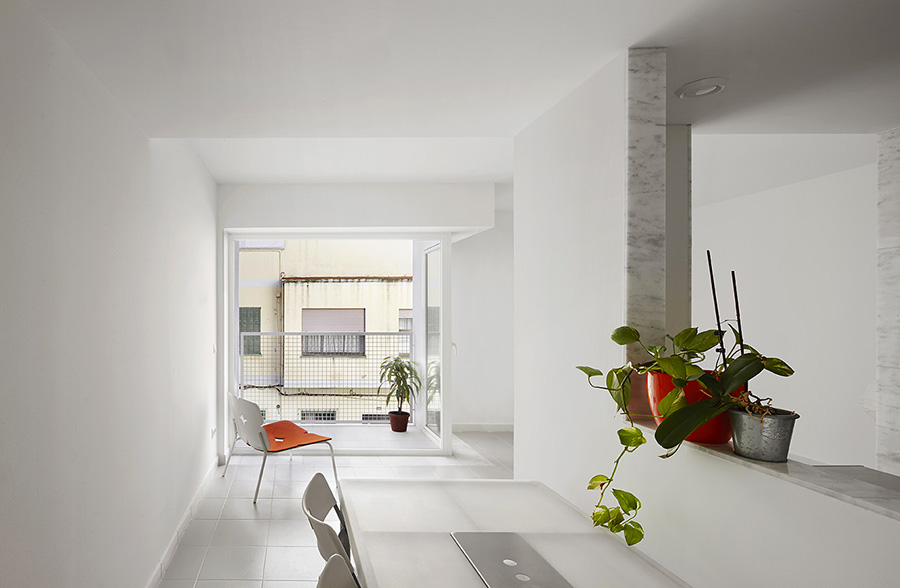 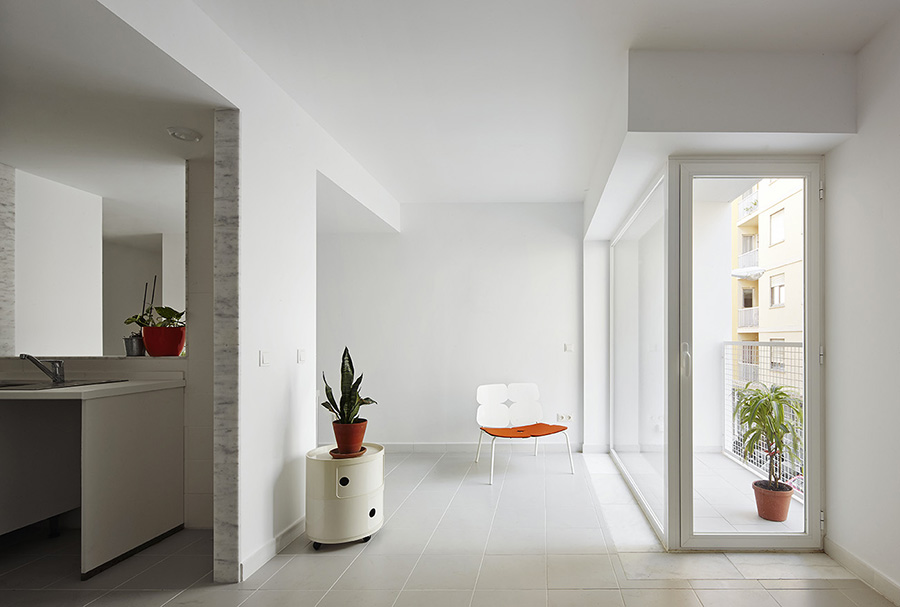 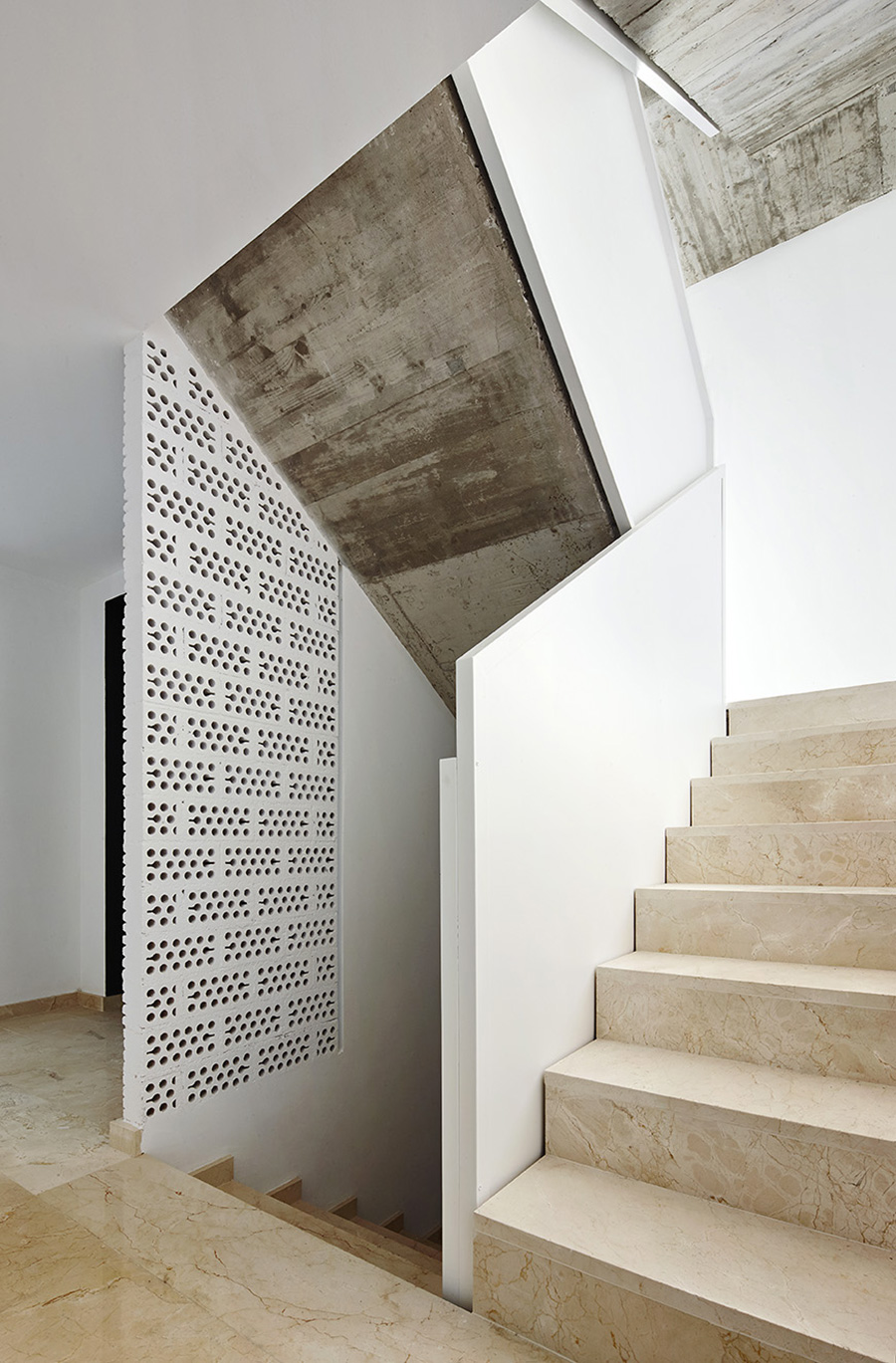 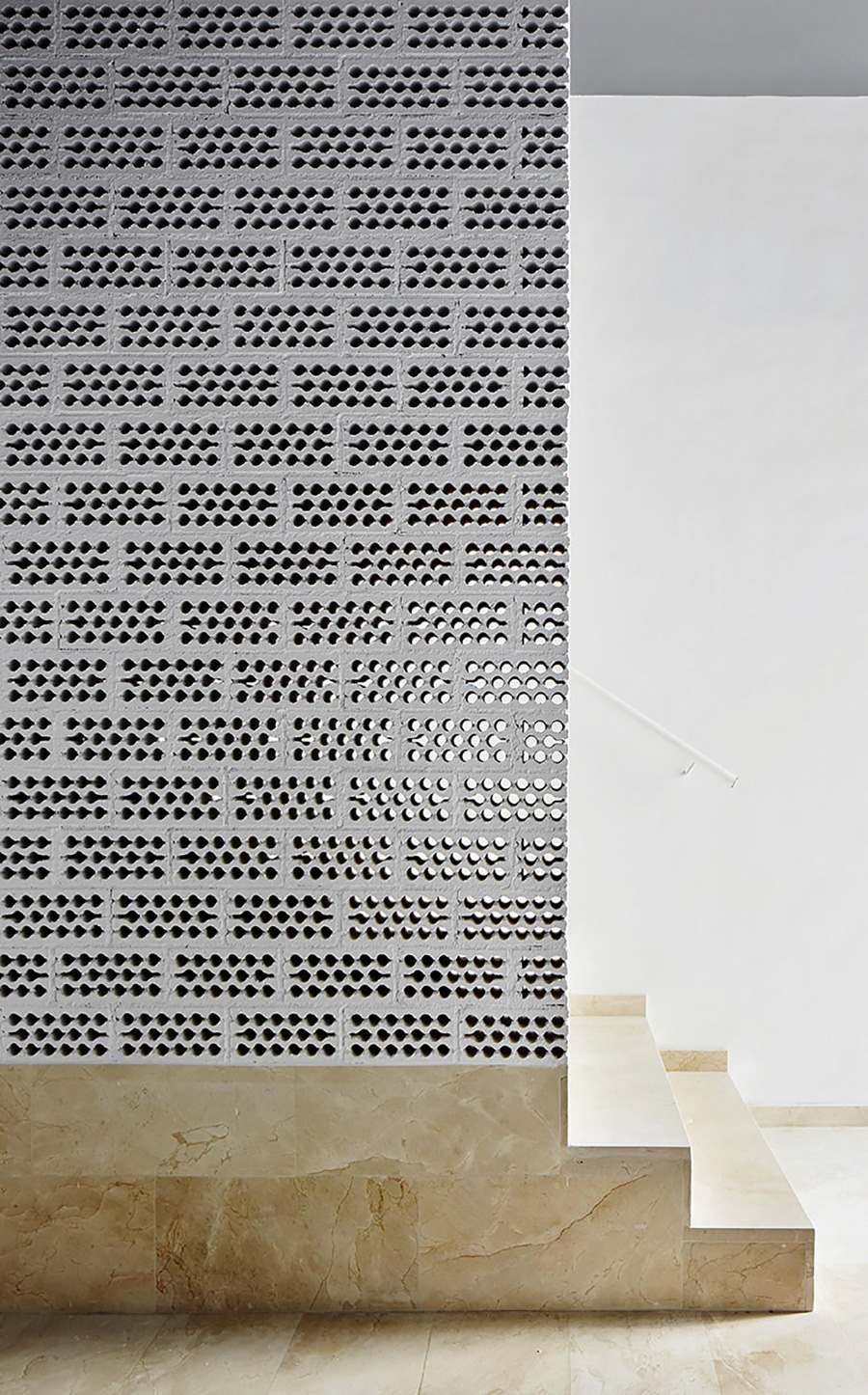 Recommending party
The project has been submitted by: Juan Miguel Tizón Garau

URBAN CONTEXT
The project is located in ‘Pere Garau’ neighbourhood in Palma de Mallorca. The area was formerly characterized by blocks of single family houses with inner courtyards that followed a typical grid plan. Once the district became central in the city, amendments to the urban planning increased the building volumes significantly and changed the typology to collective housing.

The project takes part of this transformation by redefining a corner plot, resulting from the addition of two former houses, into a new public housing building. The new corner block forms a six-storey tower facing the main street, but drops down to three storeys on one side to meet the height of surrounding buildings.

PROJECT ORGANIZATION
The building is conceived according to the new volume specified by the urban planning and playing within its established rules: building depth and cantilevers to the street (of which half of its total permitted area can be enclosed by walls). The proposal takes advantage of this situation to generate the mechanisms needed to link the housing with their immediate surroundings through controlled openings ‘excavated’ ​​in the ‘building mass’.

The result is a ‘solid volume’ with ‘excavated voids’, where the openings are presented as scenes stacked upon each other. A small universe of stories organized under no apparent order, and whose arrangement emerges from the dialogue that the building establishes with its urban context.

The different rooms of the houses are arranged along a central stripe containing the service areas. The excavated terraces are the intermediate elements that relate interior and exterior while offering a private scenery that is built-in the facade of each dwelling.

SUSTAINABLE DESIGN
The project utilizes traditional passives strategies such as daylight, shading elements,
cross ventilation, thermal mass and transitional exterior spaces that create a building that is permeable to the Mediterranean sun wind and. These strategies were reflected not only in the technical solutions but also in the spatial configuration of the building.

The use of passive and user friendly strategies intends to reduce further maintenance costs so that the building is affordable and easy to use for the future tenants. Moreover, these passive strategies were implemented with the present construction standards of high thermal insulation, high efficiency building facilities and solar thermal collectors.

SOCIAL SUSTAINABILITY
The building is designed for low income families. It contains 18 apartments, from 35 to 68m2, and includes a mixture of one, two and three bedroom apartments. The building is divided into two different halves – separating apartments for rent from those for sale. Each side has its own entrance, with separated elevators and staircases