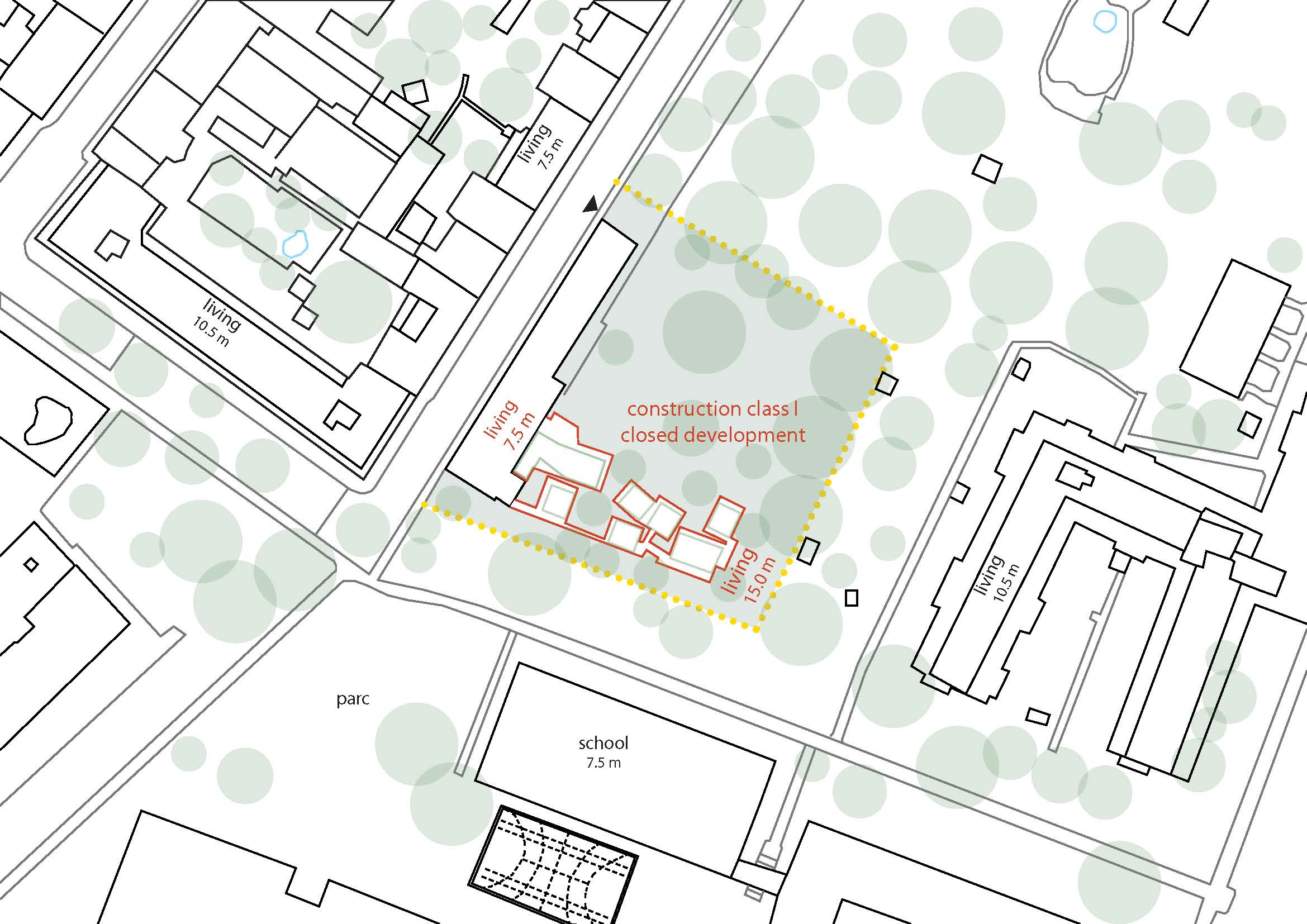 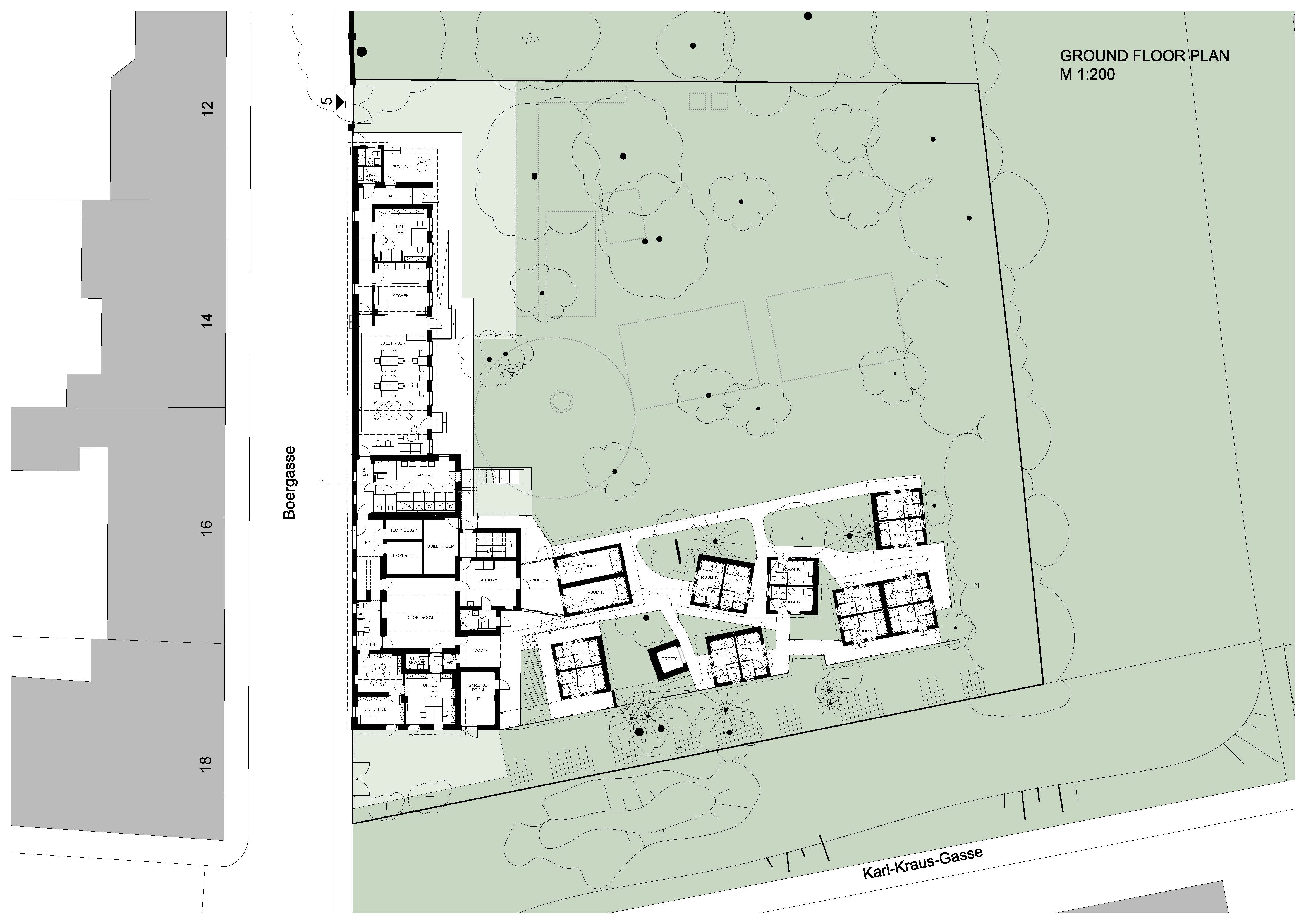 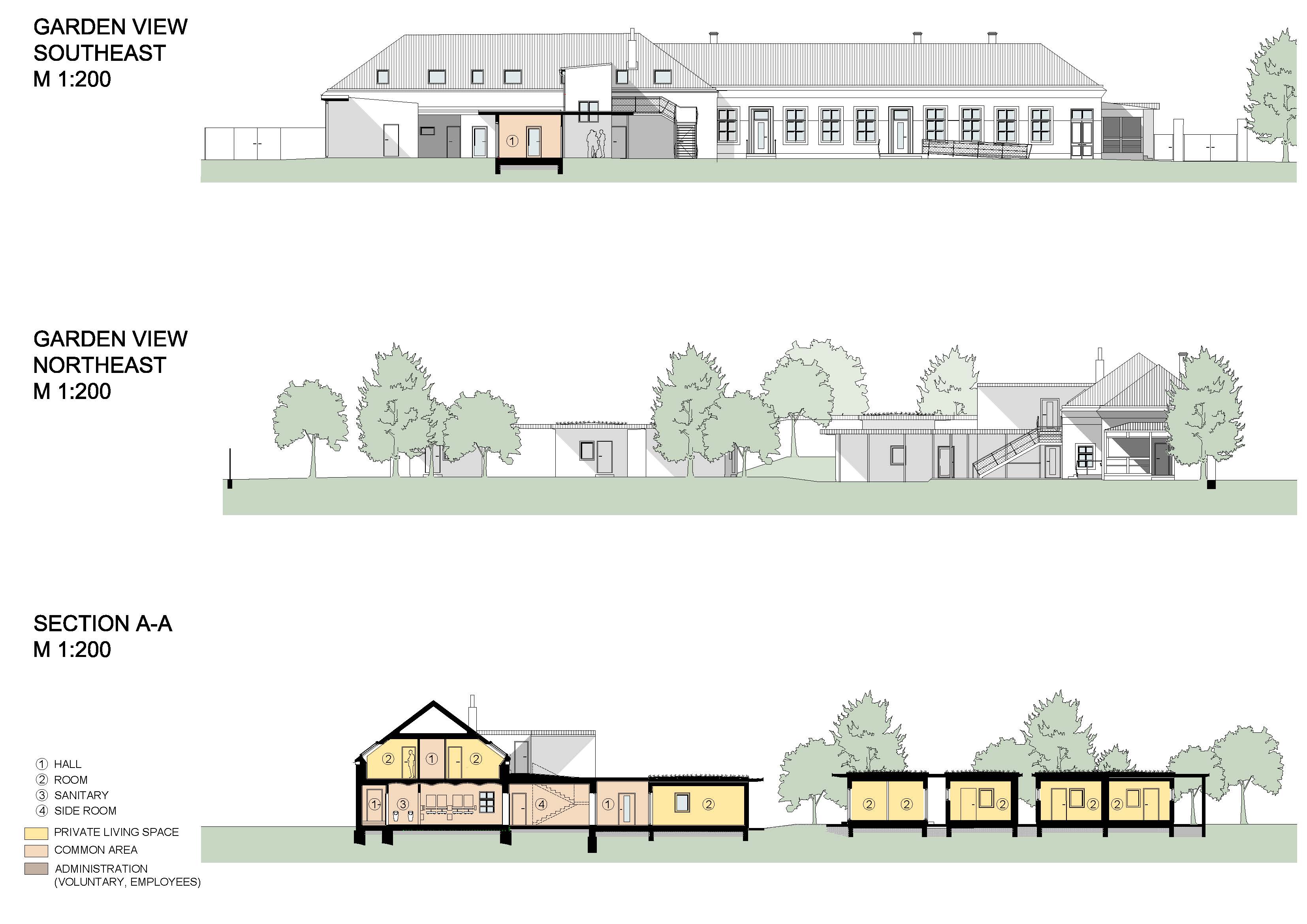 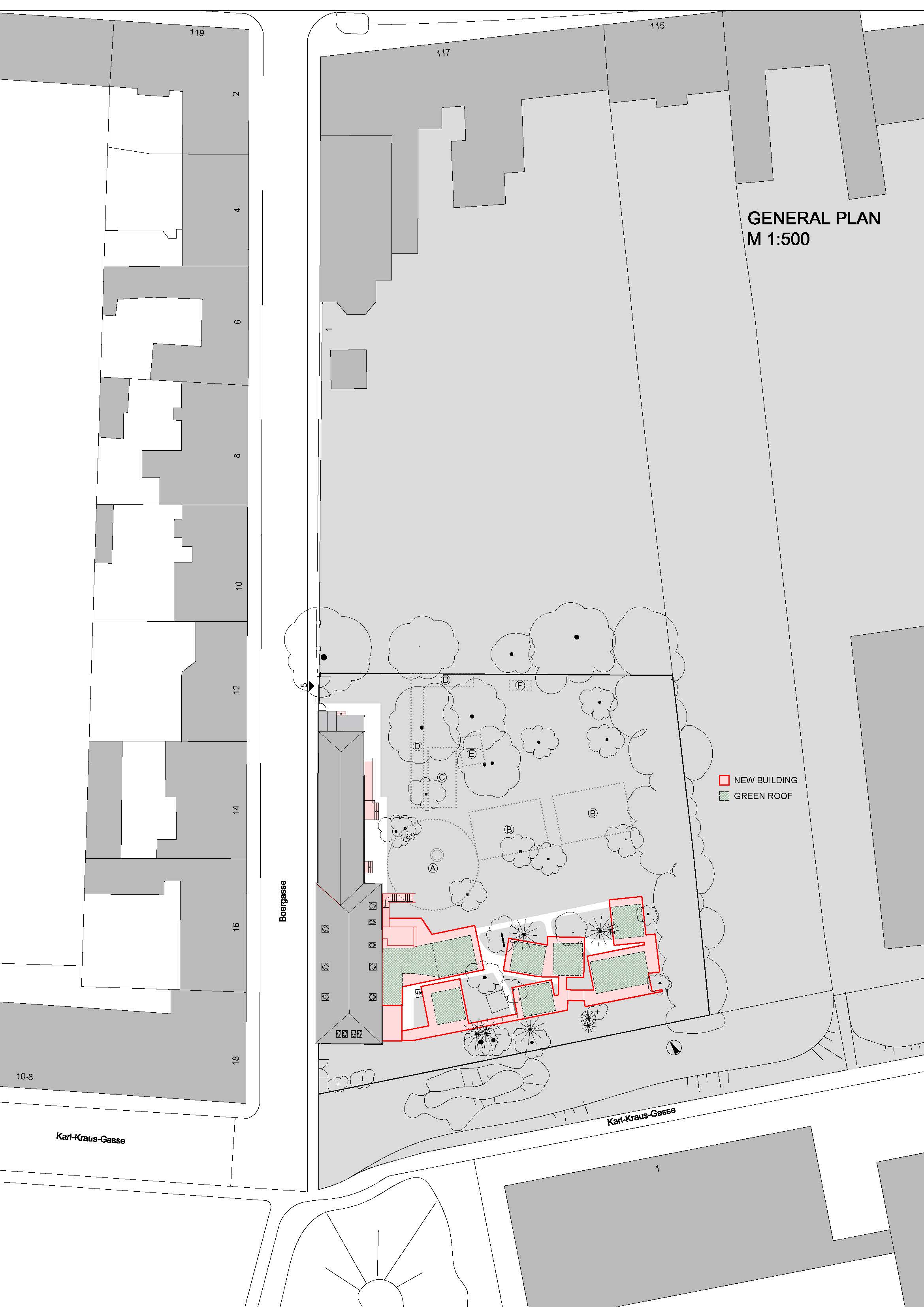 Of which
residential – Di cui Residenziale: % 39

Facilities for the public – Attrezzature pubbliche: % 0

Donations in kind, volunteers and labour have contributed significantly to reducing the project costs and thus making the project possible. Compared to the average values of Vienna/Austria the costs of the candidate project are about 16% below.

Rental/sale cost compared to market price
Costo di affitto/ vendita rispetto al mercato
Compared to the average market values of Vienna the rental costs are low. Residents pay 10% of their monthly income (usually the minimum income) in rent. The operator, a non-profit association, may use the property for at least 20 years.

Rules of allocation – Regole di assegnazione
Residents are selected according to their need by non profit organisations with the help of streetworkers.

No, its 100% intended for low-threshold, alternative housing for long-term homeless people, especially men suffering from alcohol abuse, who cannot accept existing institutions due to their personal constitution.

Community accompaniment in the life of the building – Accompagnamento della comunità nella vita dell’edificio:
Full-time social workers and volunteers are available to residents around the clock. The residents receive breakfast and a hot meal, as well as support in managing their daily lives such as trips to the authorities, visits to the doctor or bank matters.

Functional mixitè – Mix funzionale:
The building contains the necessary village infrastructure such as kitchen, office, staff rooms for the mainly volunteer staff, additional sanitary rooms and a common laundry room. In the “guesthouse”, anyone who wants to can find a connection to village life.

Common spaces and shared living-Spazi comuni e abitare condiviso:
The inhabitants mostly share the „guesthouse”, kitchen, garden and veranda. Due to the residents’ state of health, access is not open to the public. Nevertheless accompanied projects, such as tree planting, are also carried out with people from outside.

ENVIRONMENTAL SUSTAINABILITY-SOSTENIBILITÀ AMBIENTALE
The old building was not demolished but gently renovated. In addition we planned small wooden houses to create the village. Donations in kind such as, floor coverings, windows or façade panels give the houses their individual appearance.

The VinziDorf Vienna offers a low-threshold, alternative housing offer for long-term homeless people who, due to their personal condition, cannot accept other existing facilities or have been turned away.

In the VinziDorf Wien, alcoholic men can find a home – indefinitely and unconditionally and live according to their means.

A social project that wants to remedy a lack without reacting to it with a lack is dependent on donations. Right at the beginning of the project phase, comrades-in-arms from the building industry were sought and found who could sponsor the high-quality building material. Without this commitment, such projects would not be possible.

After the residents had often lived on the streets for many years, the goal was to meet the great need for retreat and privacy. We created a place where they can safely leave their few and therefore valuable things behind with their own door that can be locked. Only when the security of being able to stay is re-established and they feel accepted as a person, it is possible for them to participate more in social life again.

The chosen village structure optimally supports these needs. 16 residential modules were built in mixed construction together with students from a technical secondary school. The wooden walls prefabricated in the school’s workshops complement the donated brick walls, which were whitewashed on the inside to leave their structure visible. The different wall materials each contribute in their own way to a pleasant indoor climate. The smallness of the individual retreats is balanced by generous garden and communal areas.

Other in-kind donations such as windows, flooring and façade panels from remnants give the houses their individual appearance.

The existing old farm building, also a brick structure, was not demolished but carefully renovated and contains rooms for communal living. The old box-type windows were renovated at the same price that it would have cost to buy plastic windows.

Volunteers, donations of materials and labor have been instrumental in bringing down the cost of the project, making it possible.

As a result of this joint effort, 24 fewer people are sleeping on the streets today.