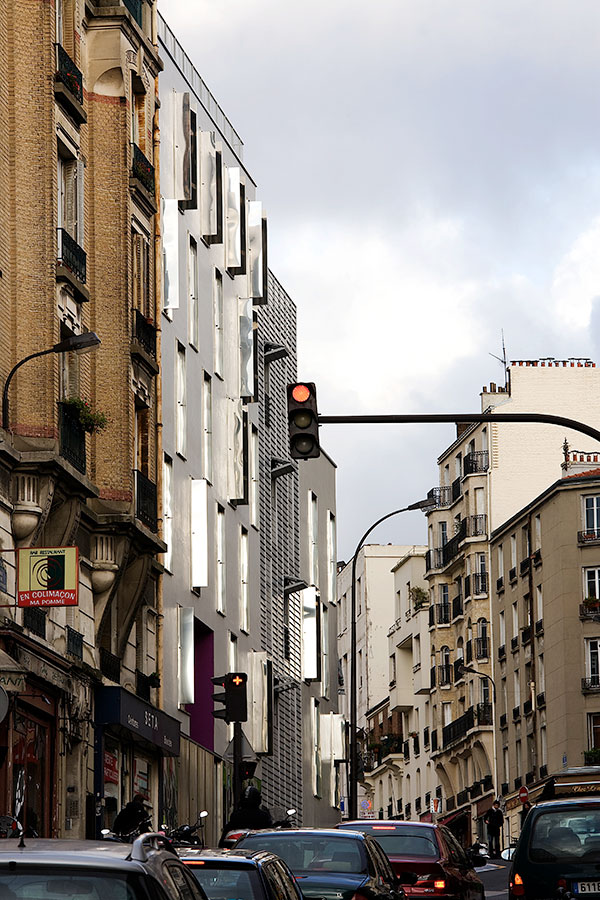 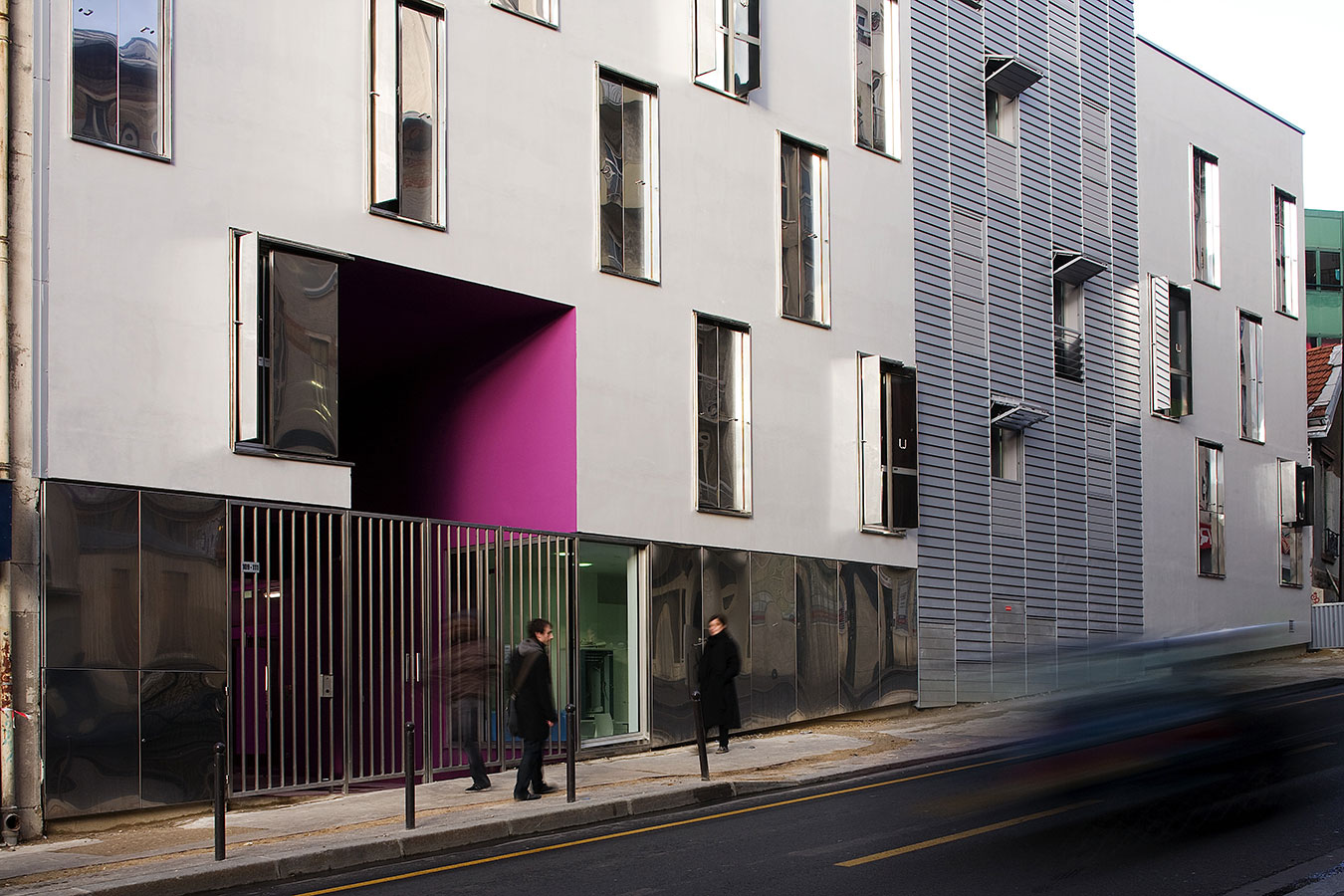 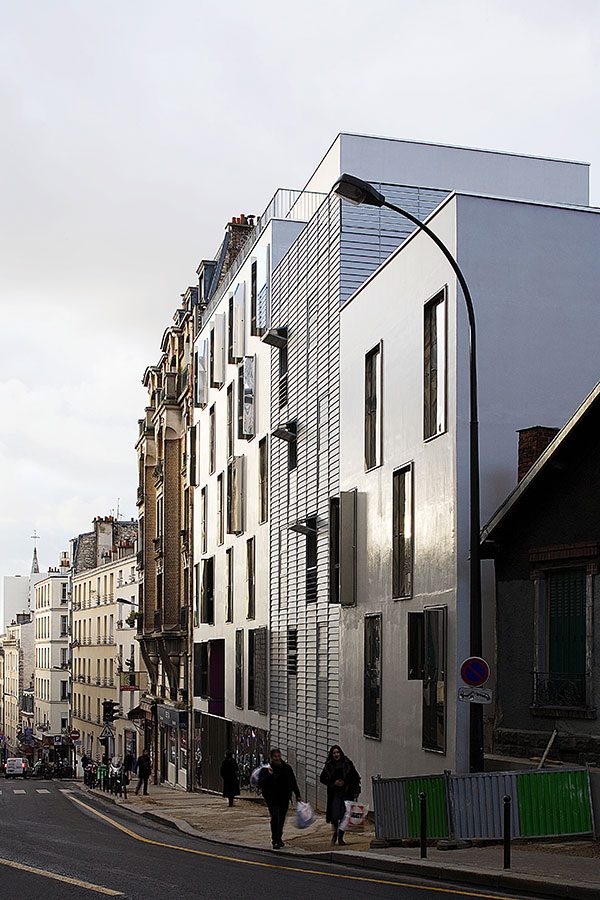 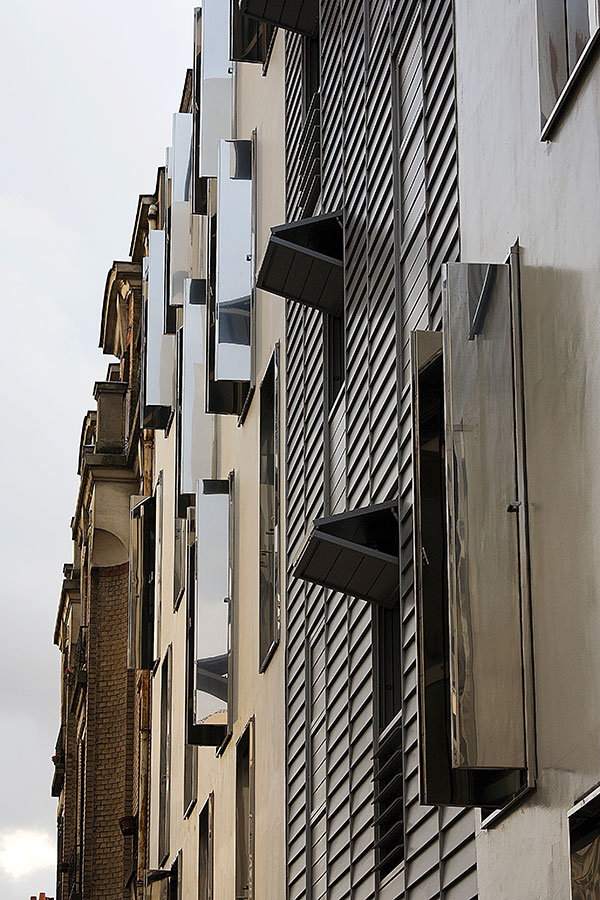 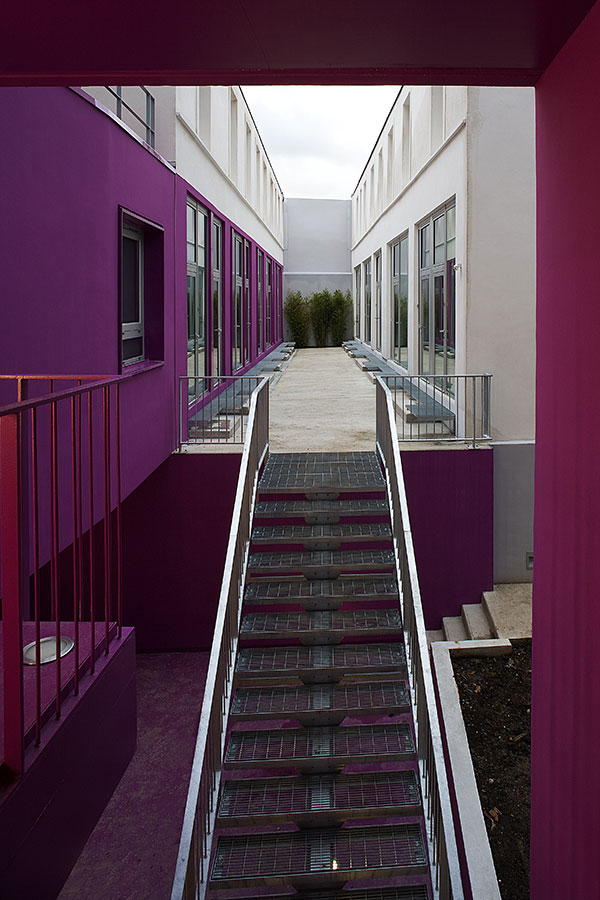 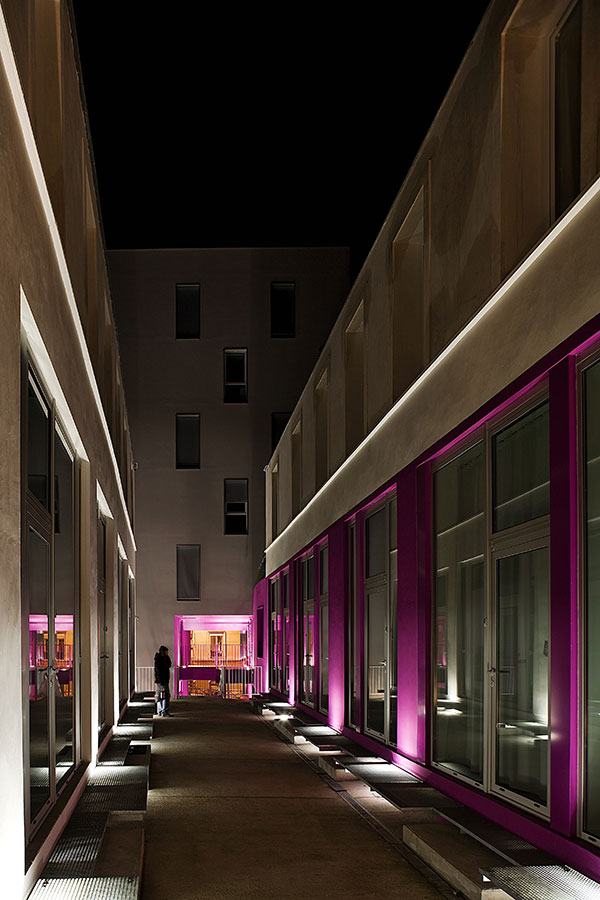 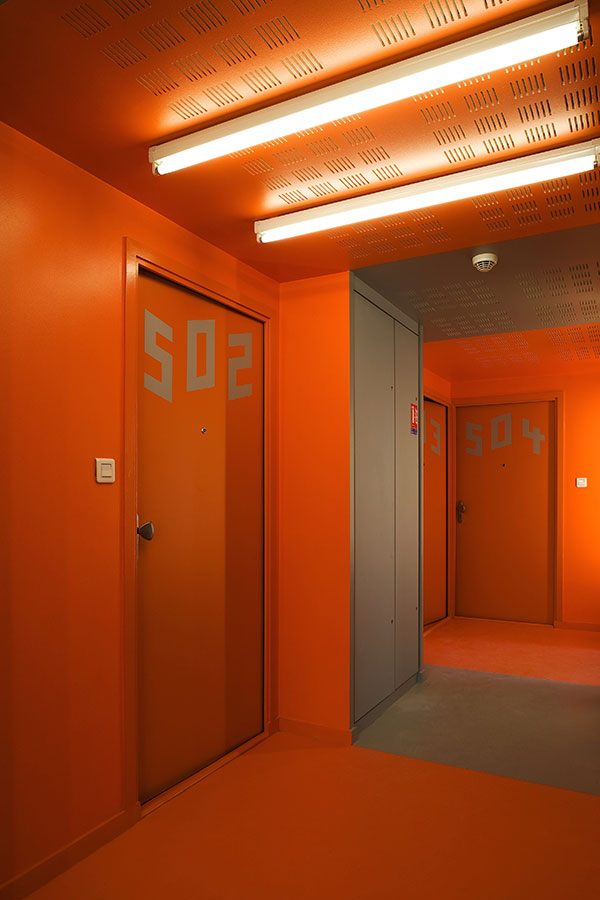 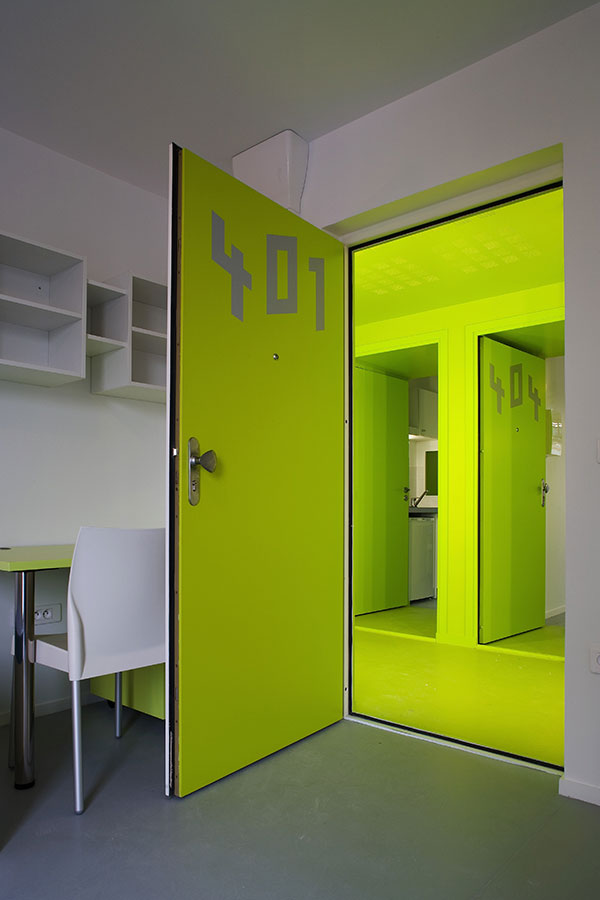 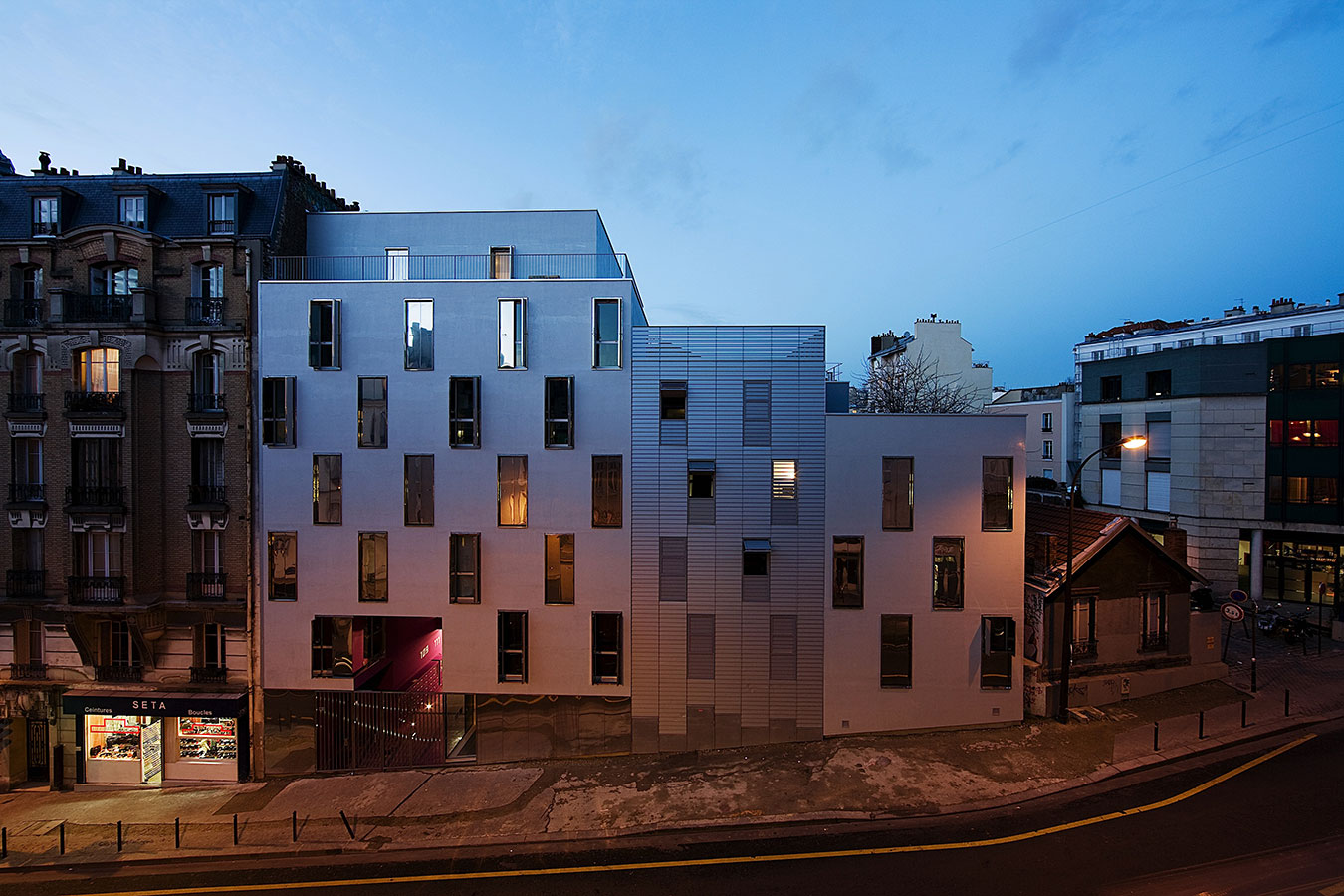 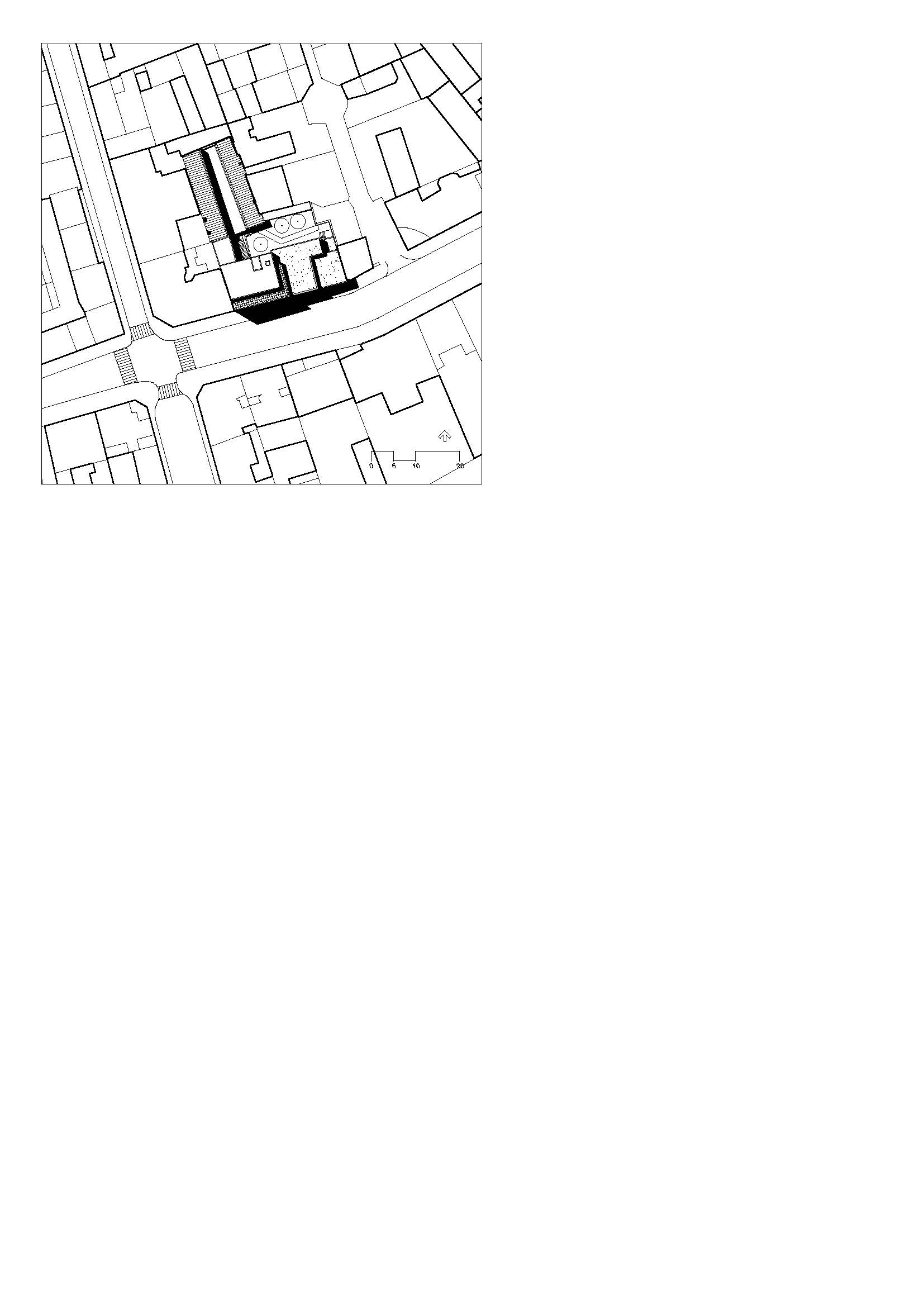 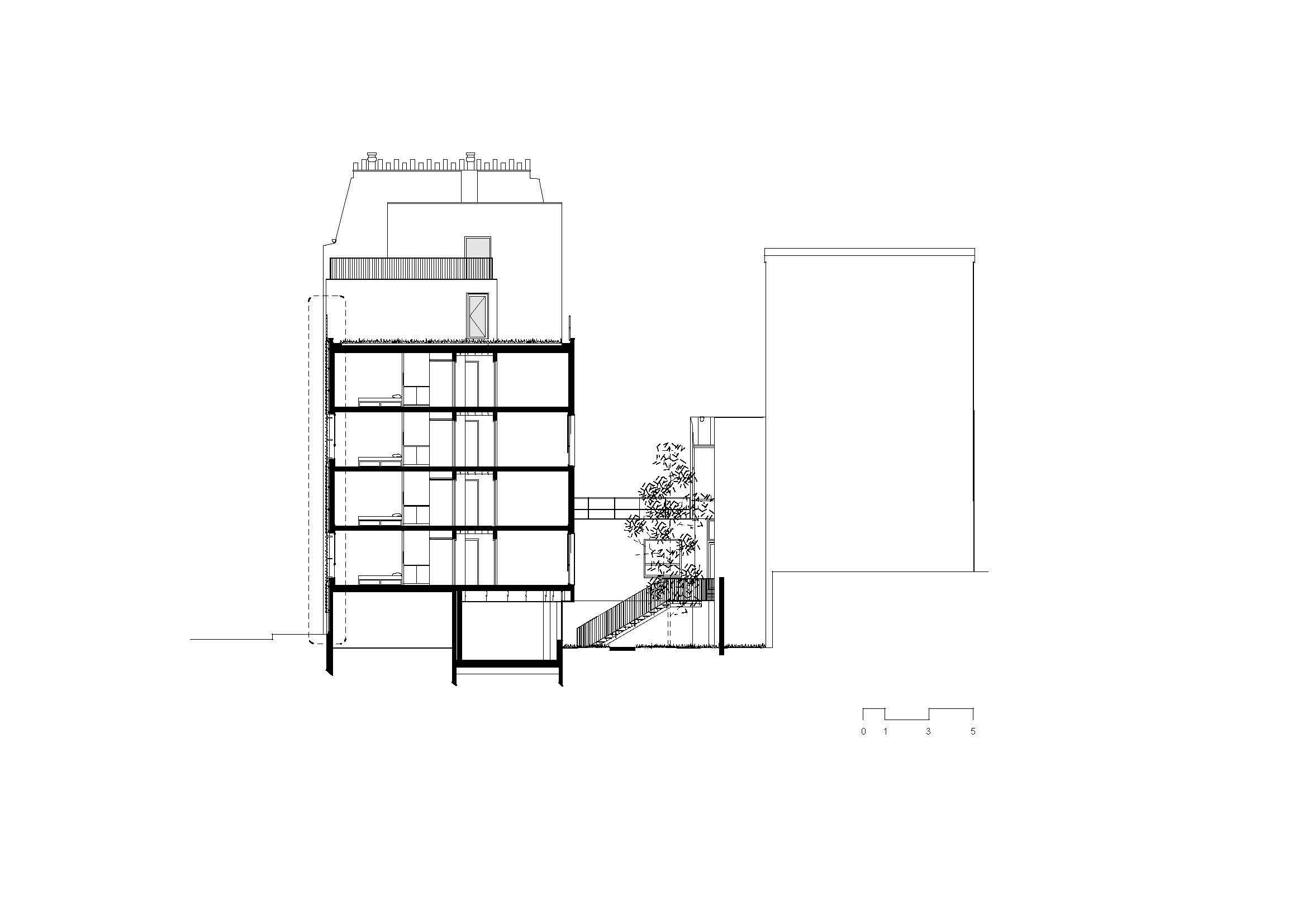 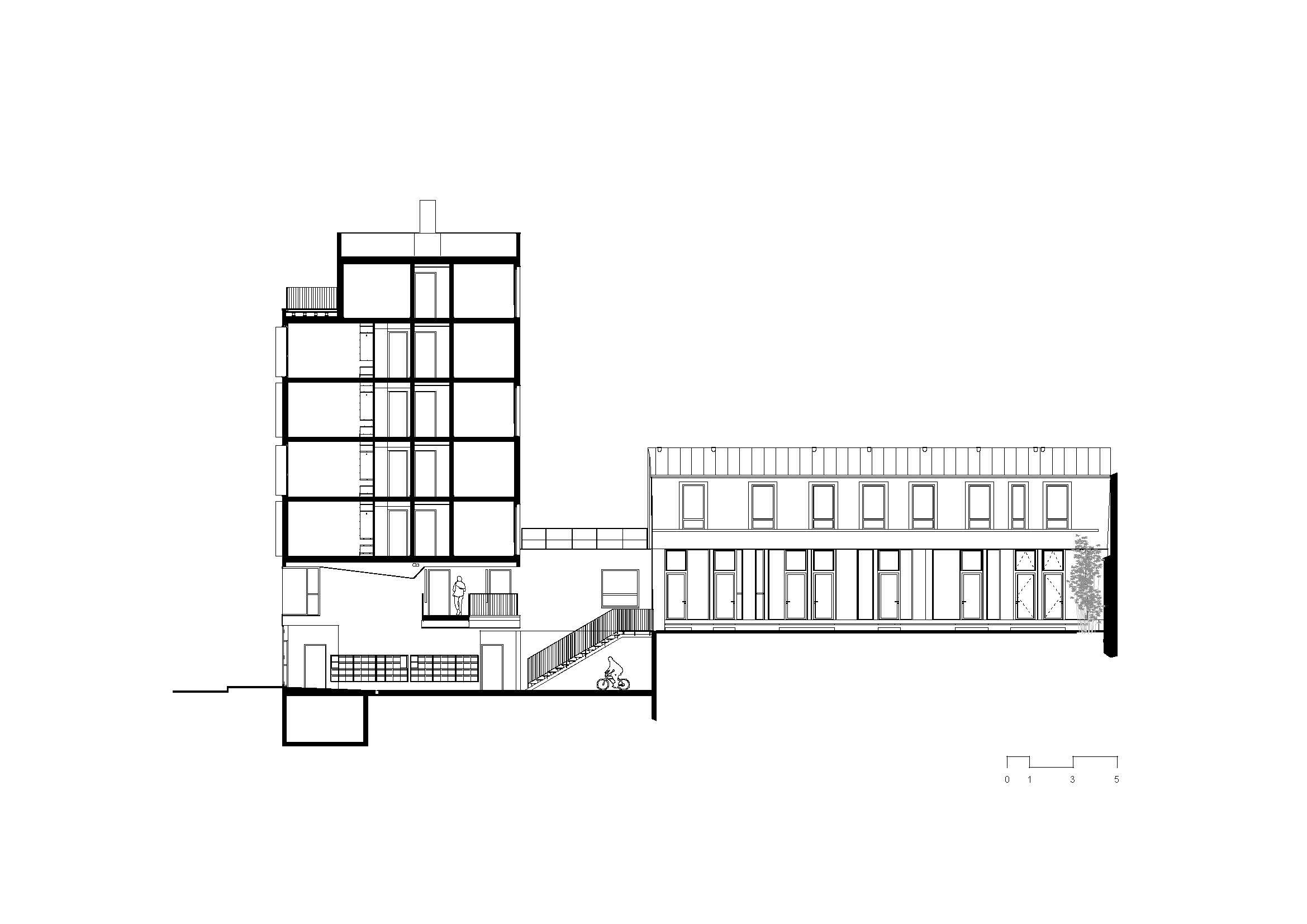 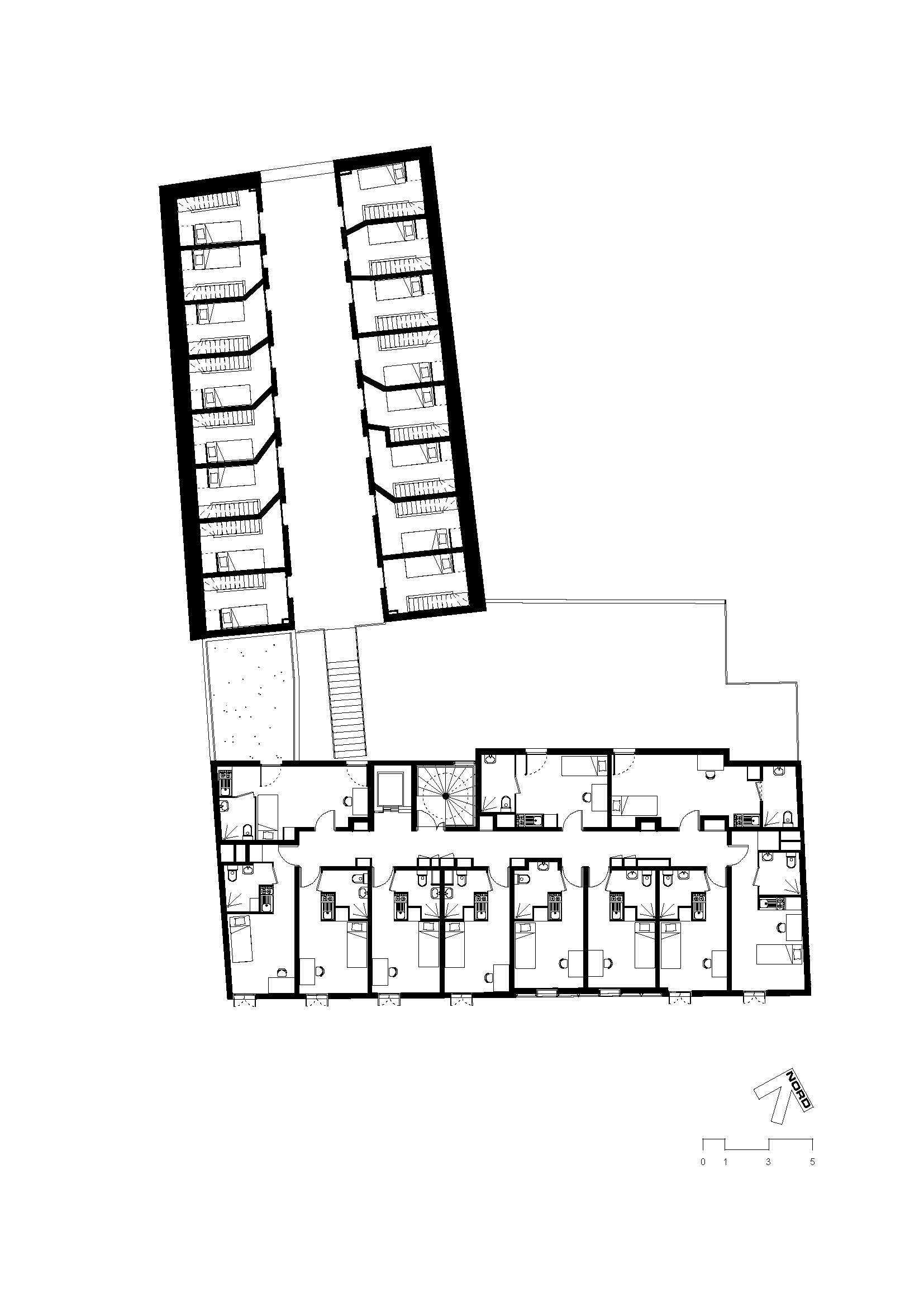 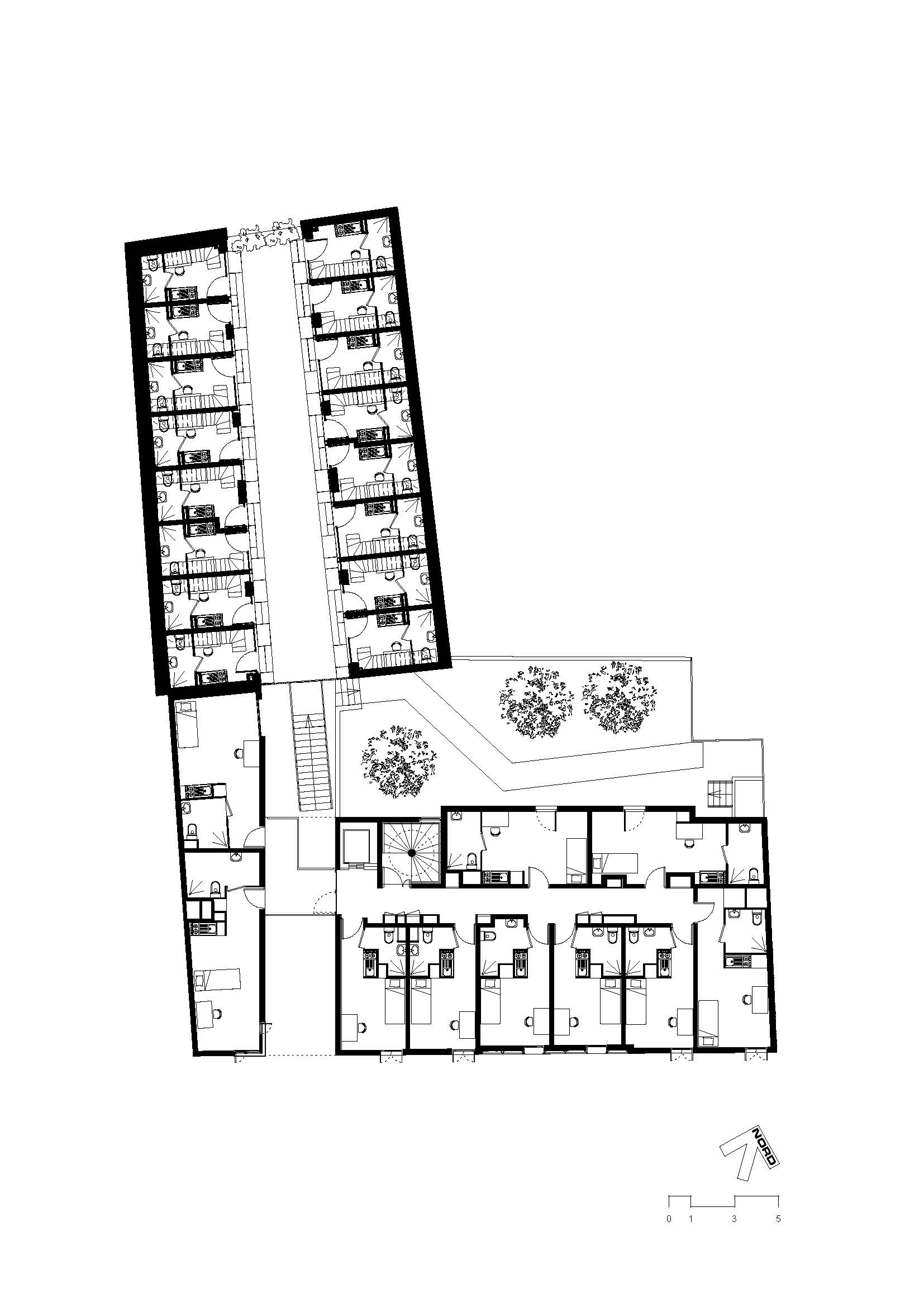 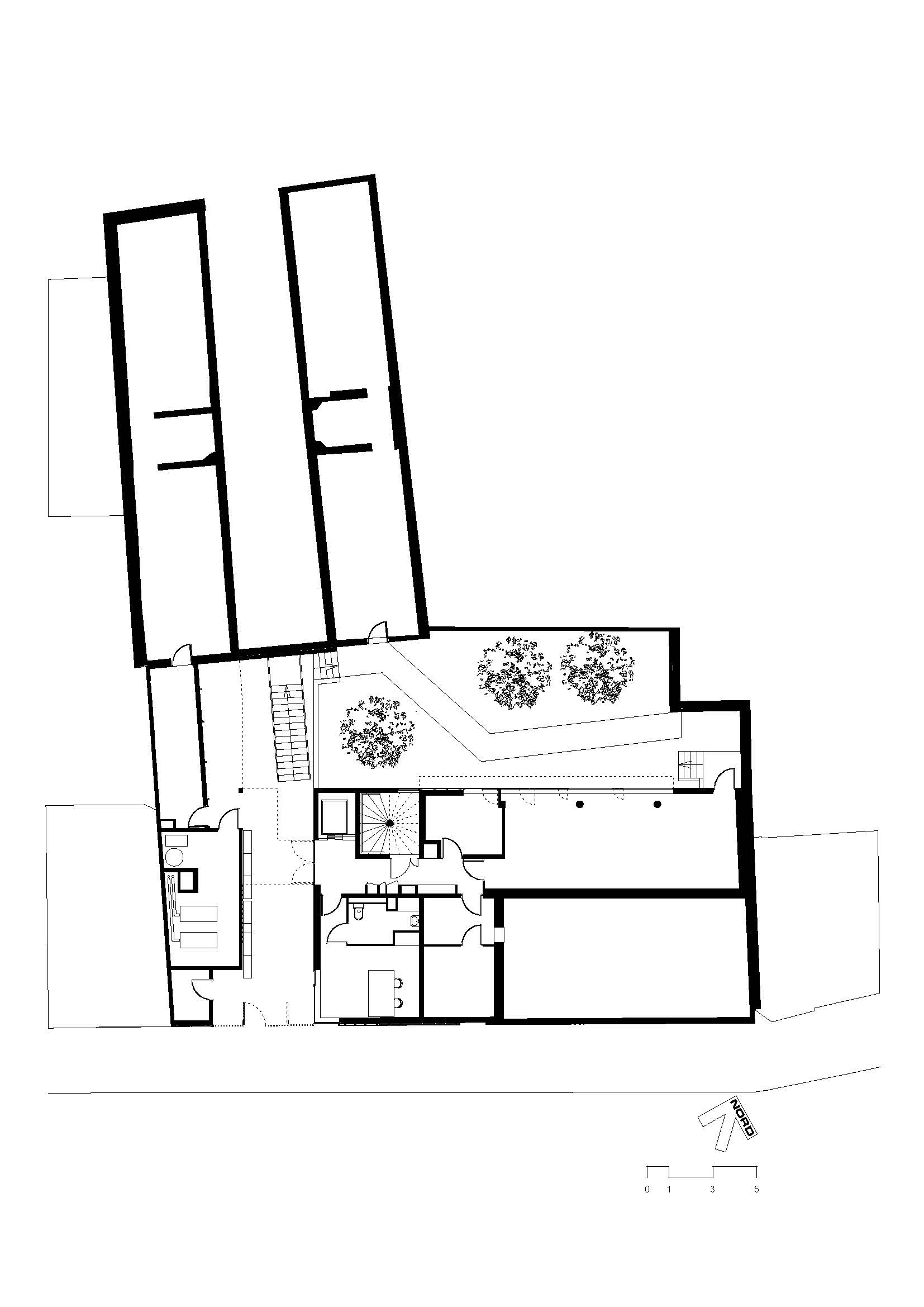 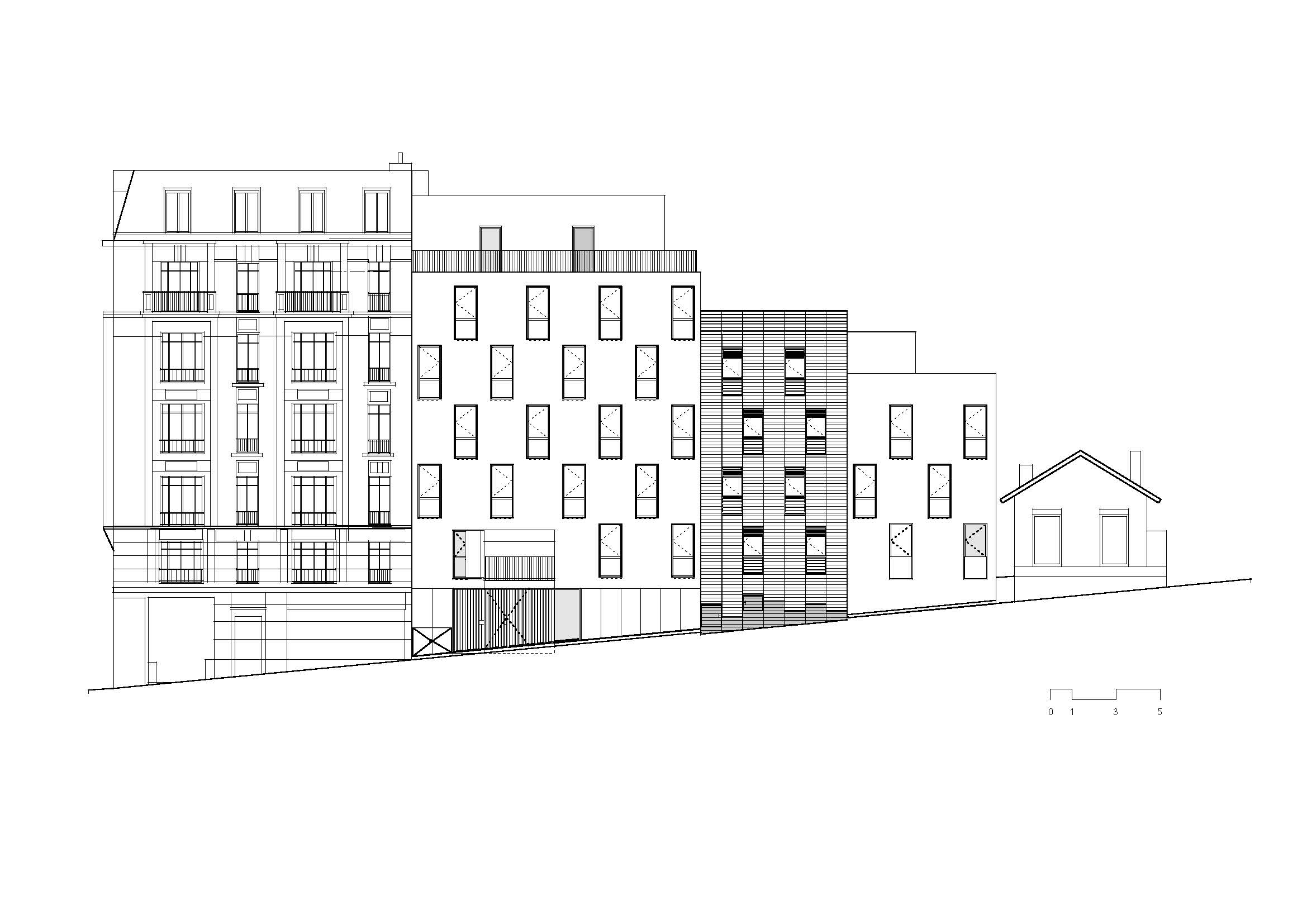 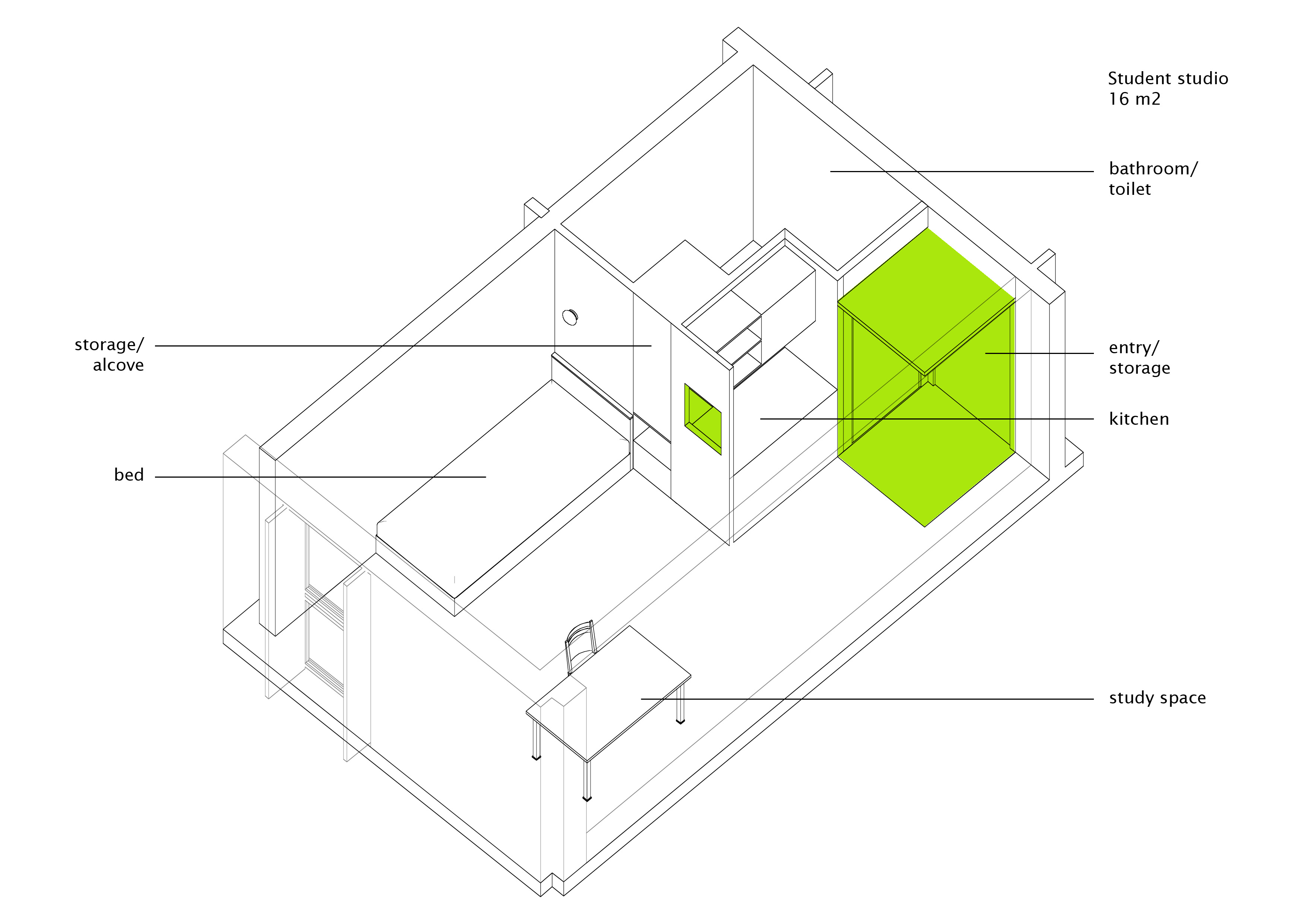 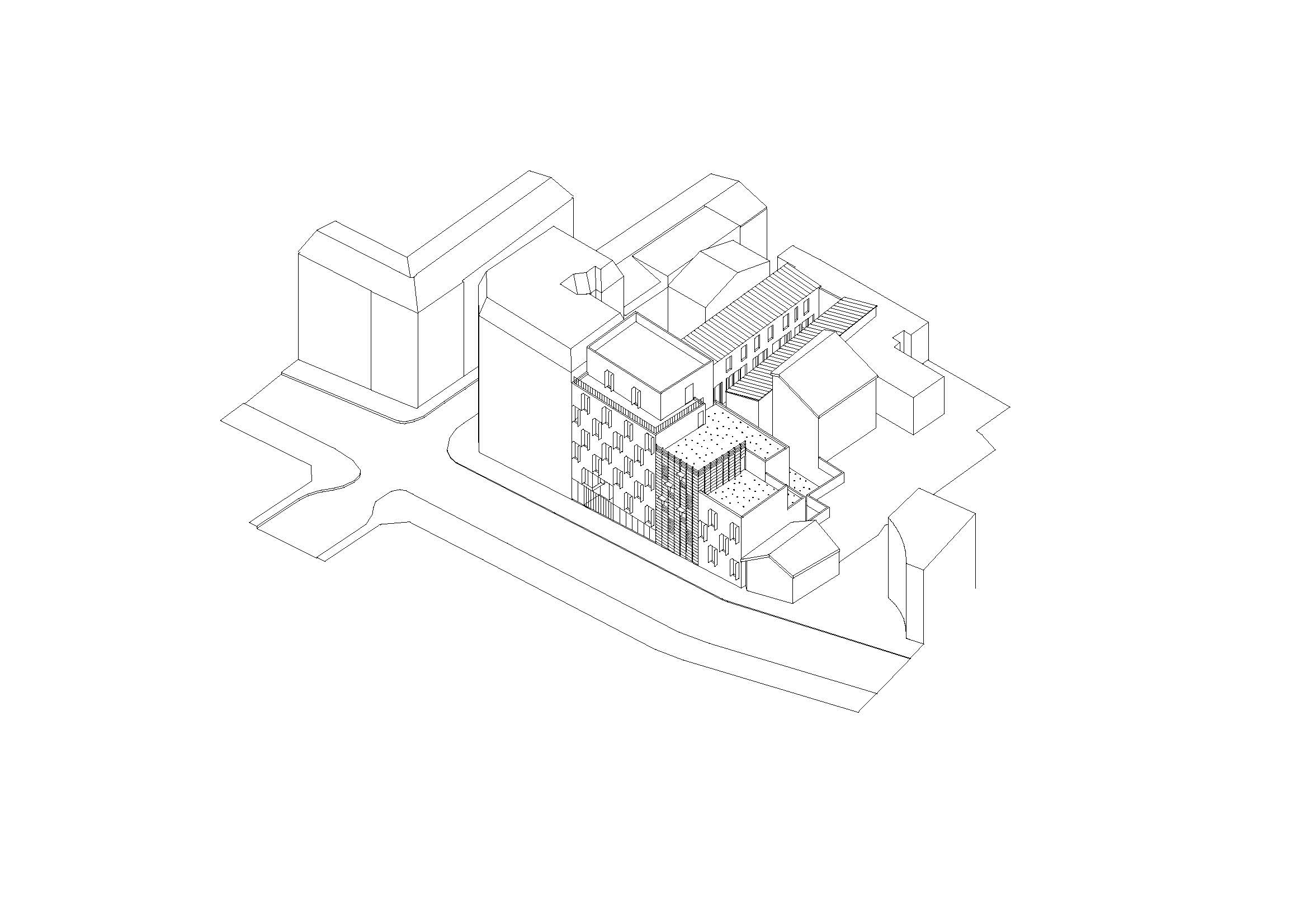 While climbing the steep and bustling road of Ménilmontant the student residence slowly reveals itself in a series of paradoxes: deeply rooted in the context of the Parisian apartment block, it also stands out as something unexpected and intriguing.

The strict street alignment imposed by planning regulation is punctured by a two-storey porch, bursting with colour and light, begging the viewer to look deep into the heart of the Parisian block where a hidden world awaits: two rows of former workshops, rehabilitated into 16 loft apartments, a street-like space between.

The spatial connection between these workshops and the porch, accentuated by a topographical shift, provides a vibrant outdoor gathering space for the students. Here, a consistent approach to colour and lighting is established that then continues to each of the floors, giving life to the circulation zones.

The beige of the surrounding buildings has been answered in the street facade by an ever-changing pattern of reflections, light and tone through the use of reflective stainless steel shutters, aluminium louvers and an iridescent render. The various forms of sun-shading devices act as a peephole into the student’s lives: who is at home, who is studying, who is sleeping.

The CROUS of Paris, the owners of the building, provides affordable housing for short term leases (3 years) in the centre of Paris, fighting the market trends that would otherwise force students to live in the distant suburbs. Projects run by the CROUS and Paris Habitat (the publicly financed developers) focus on creating a socially rich central Paris comprised of people of all ages and financial means.