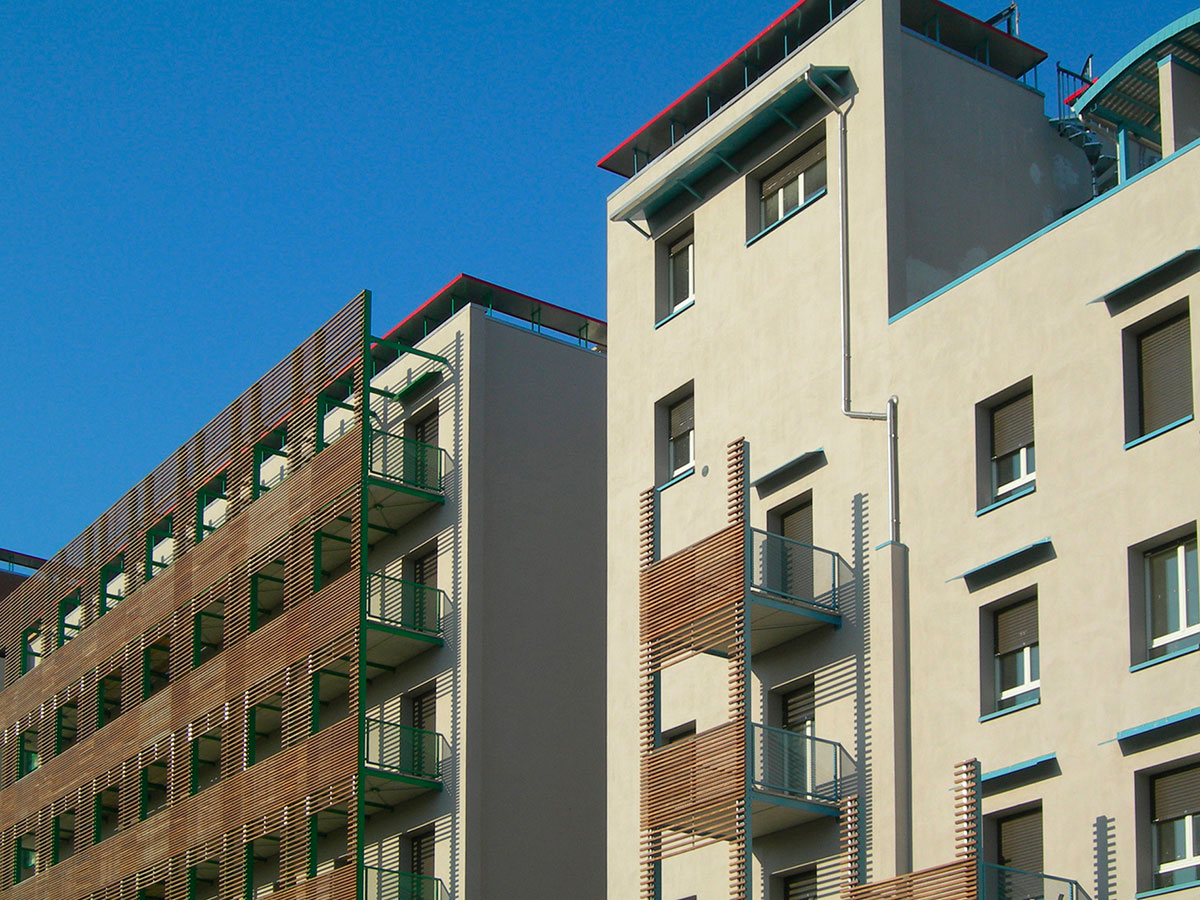 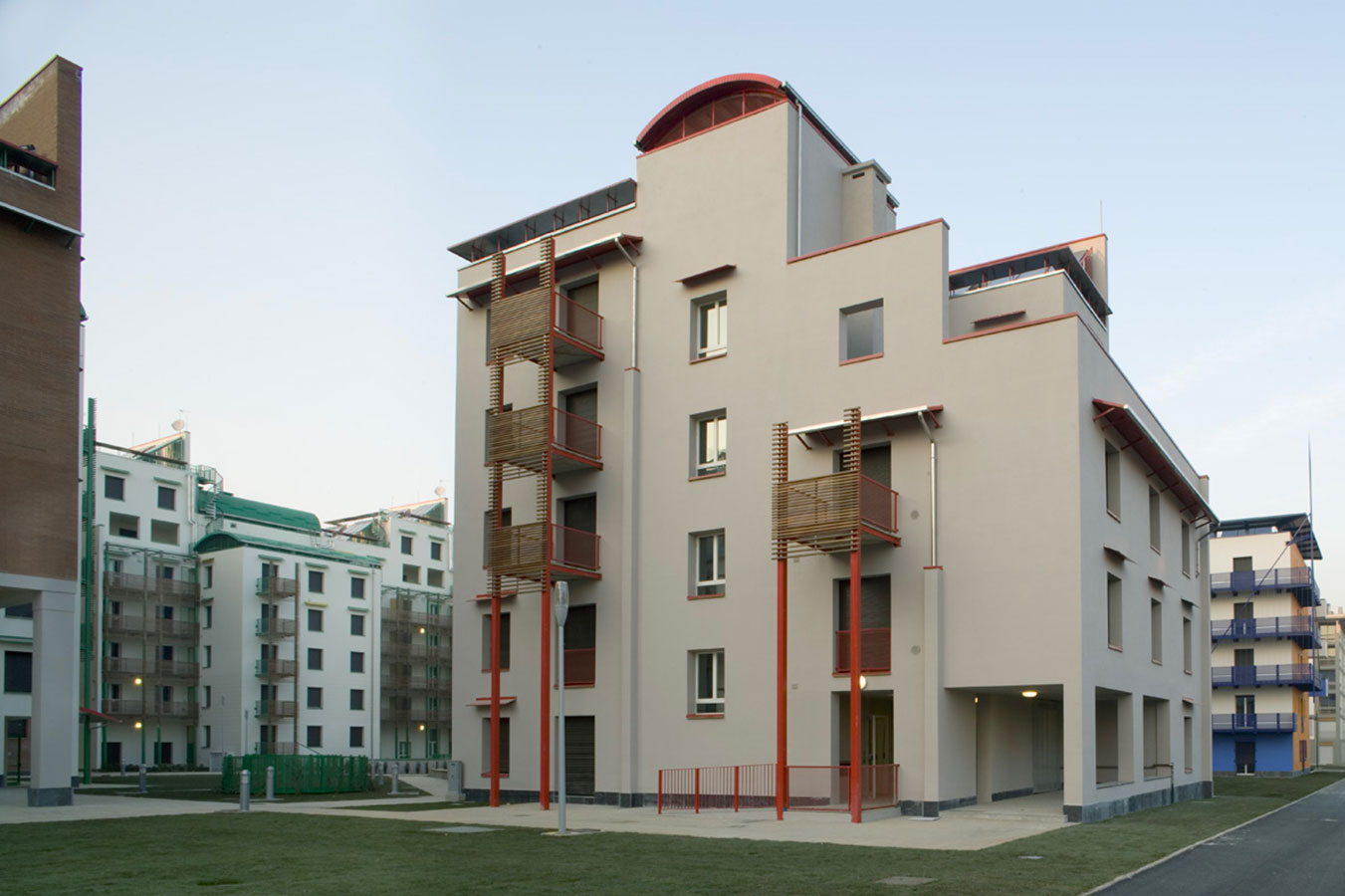 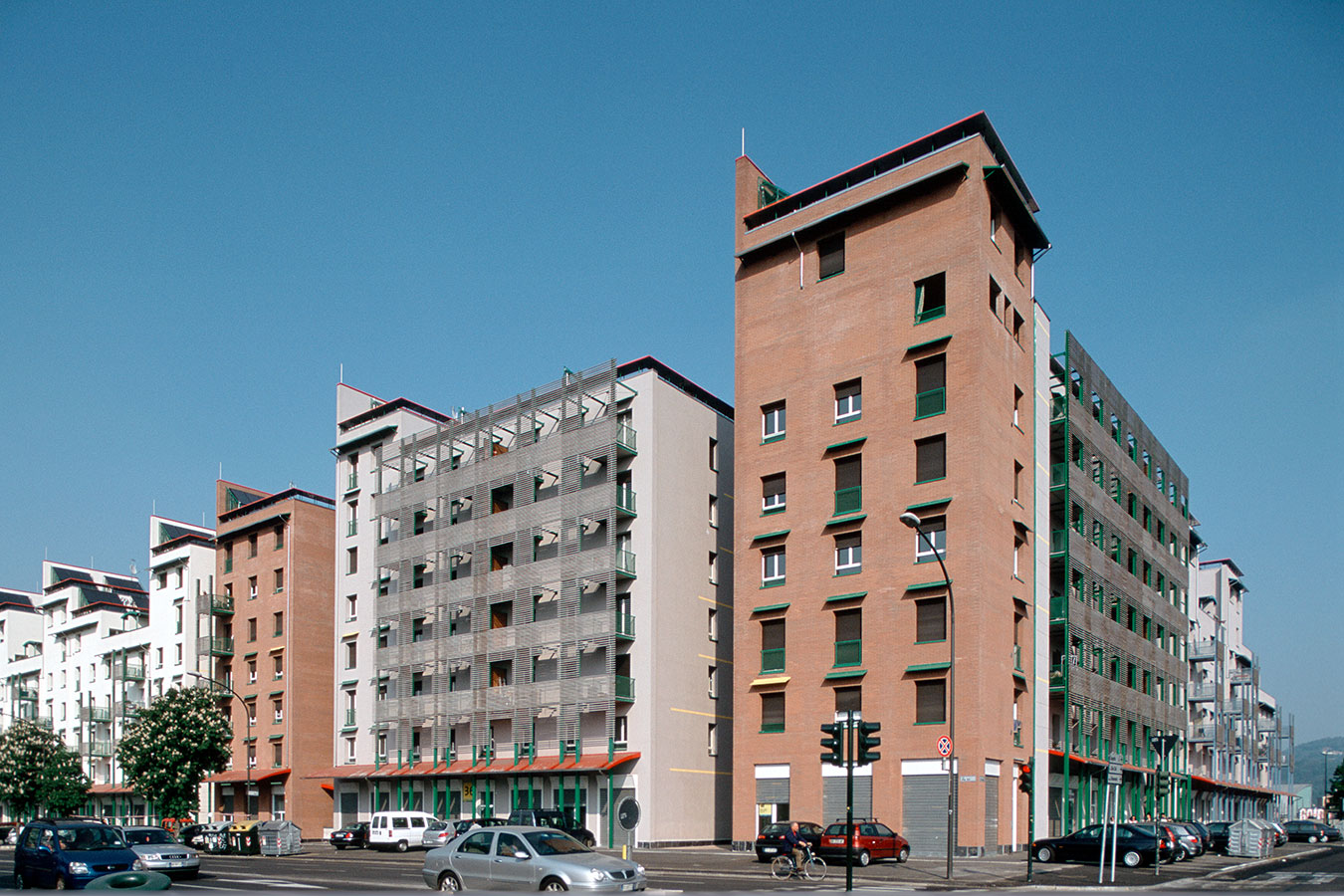 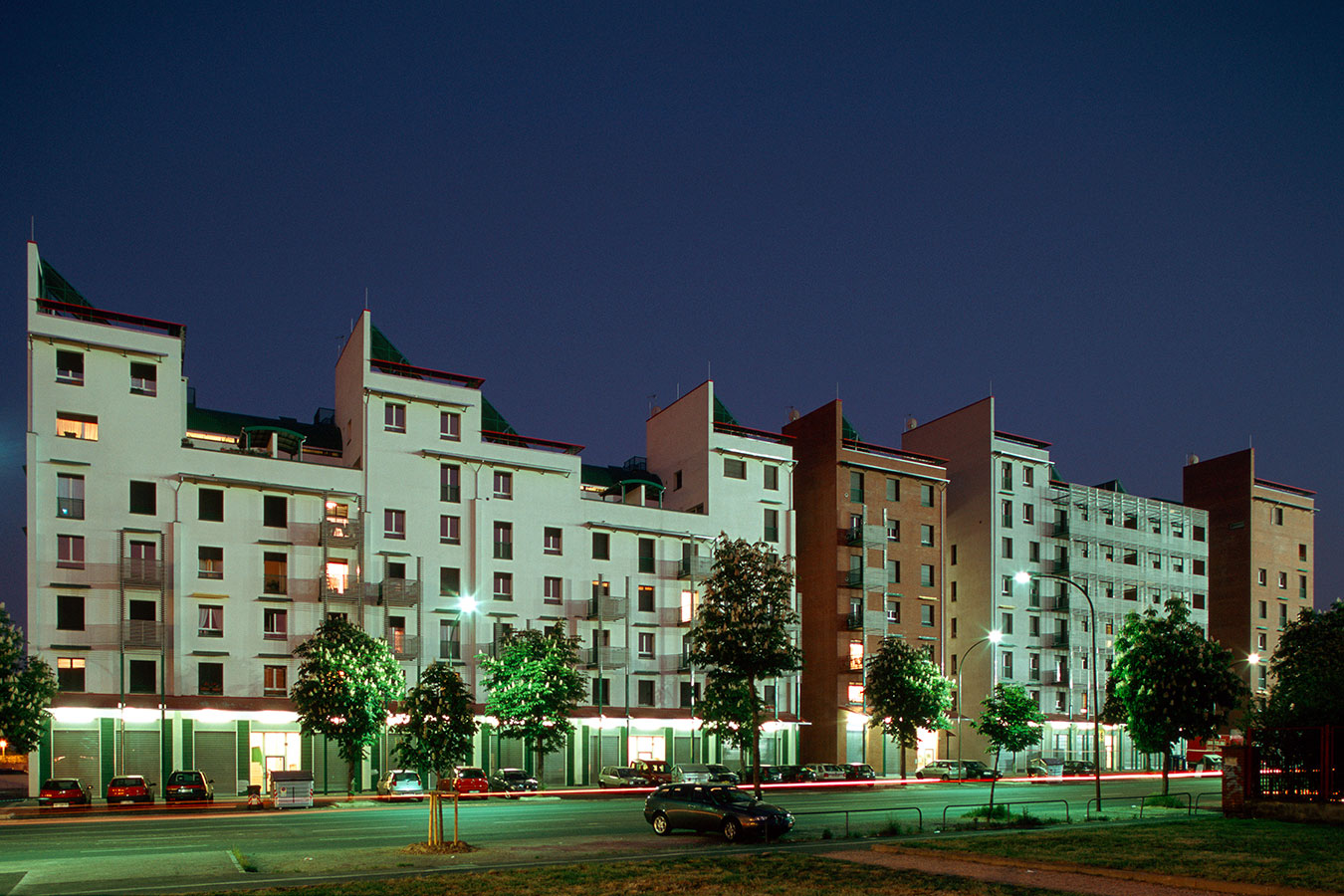 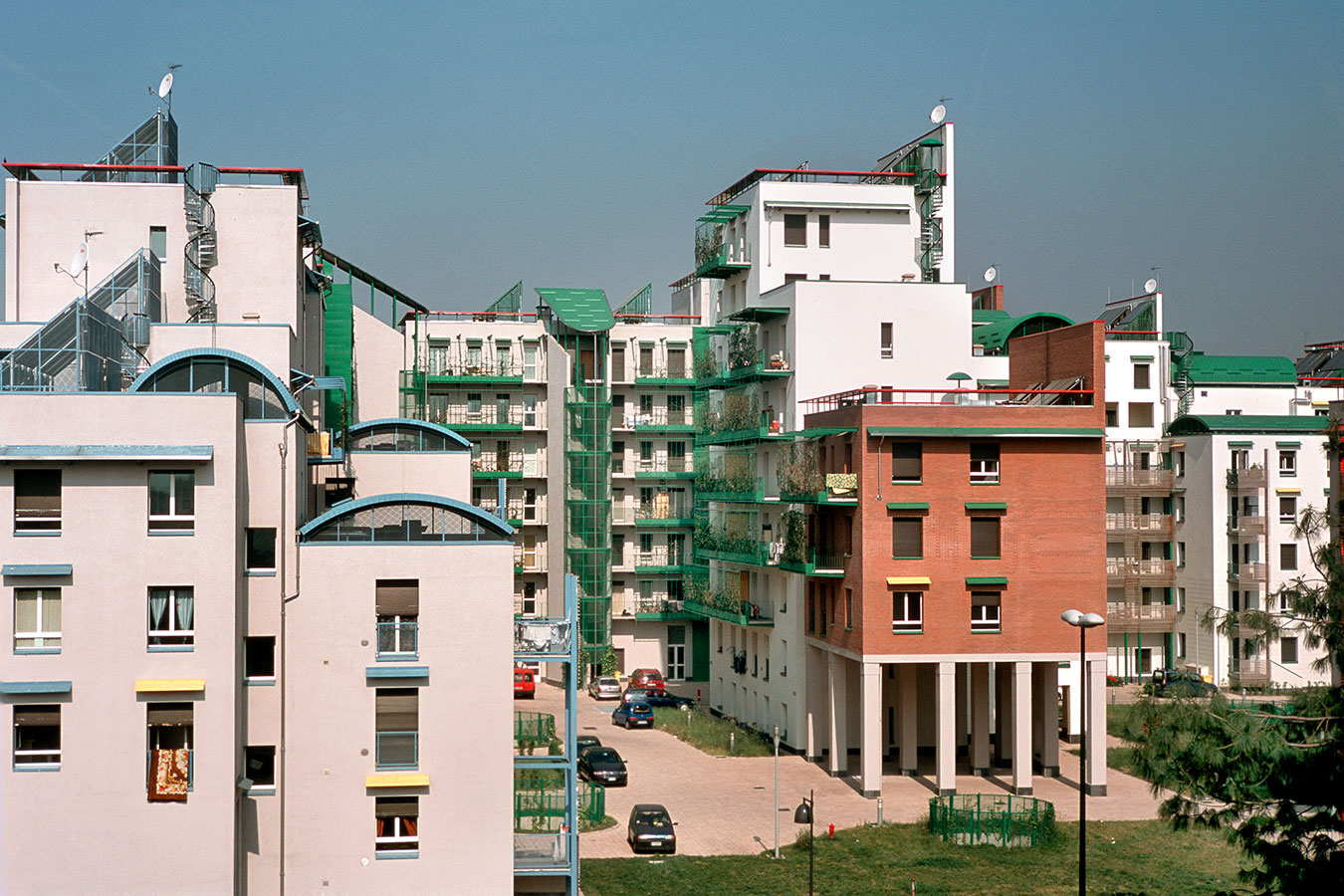 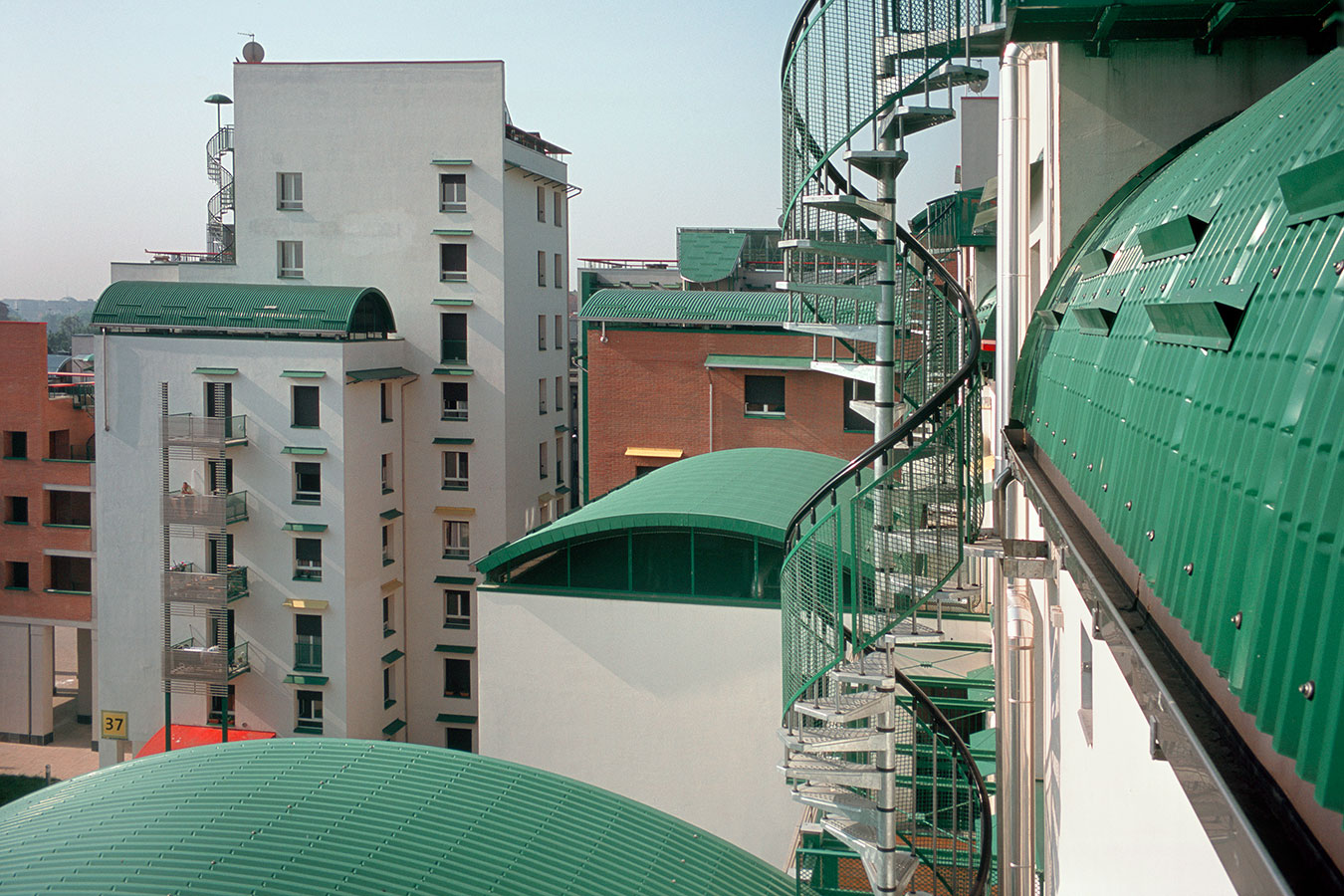 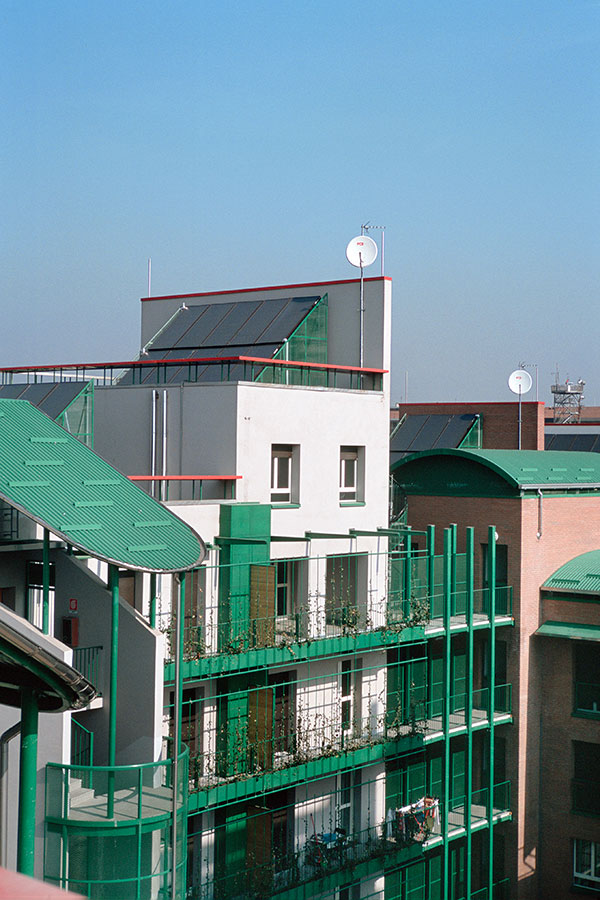 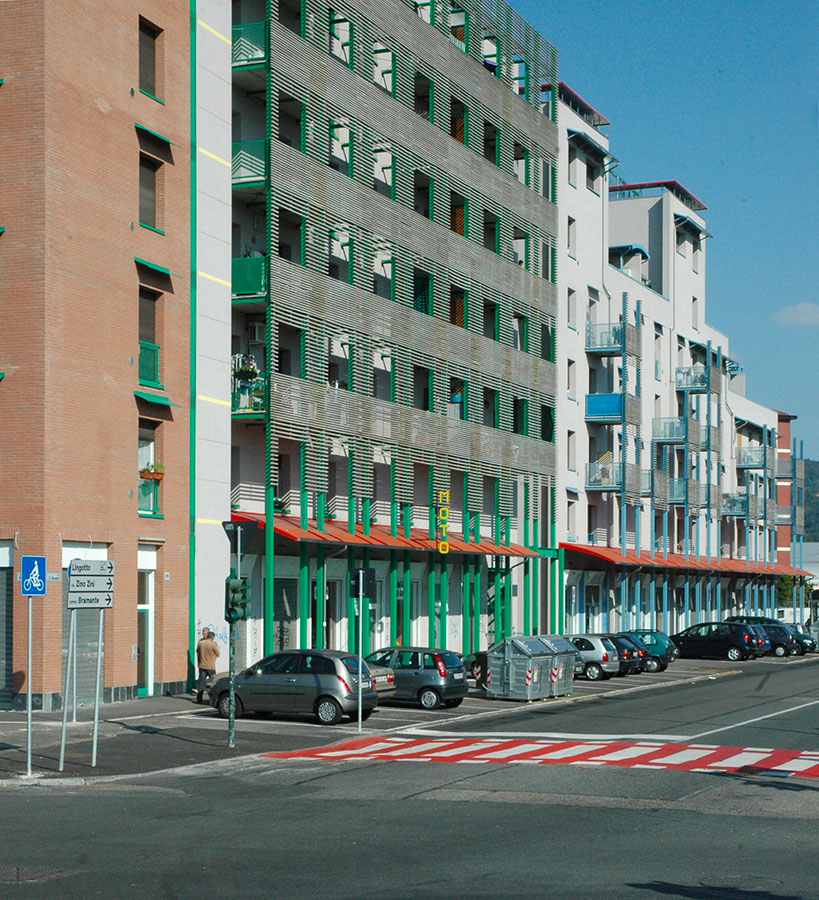 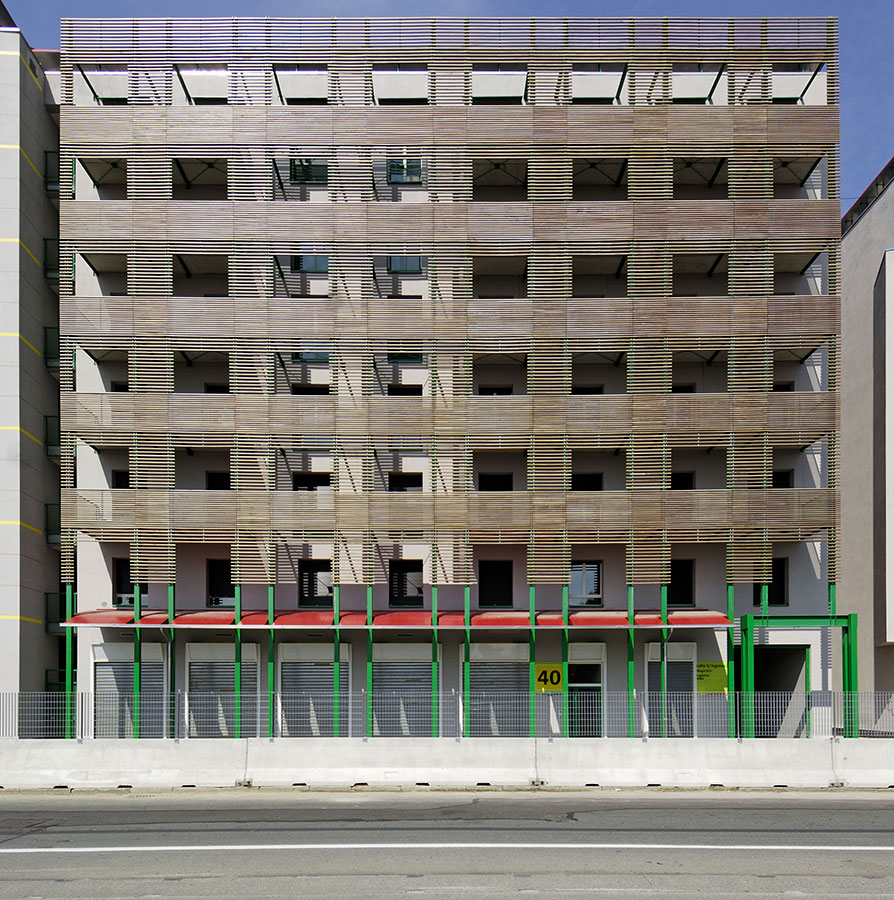 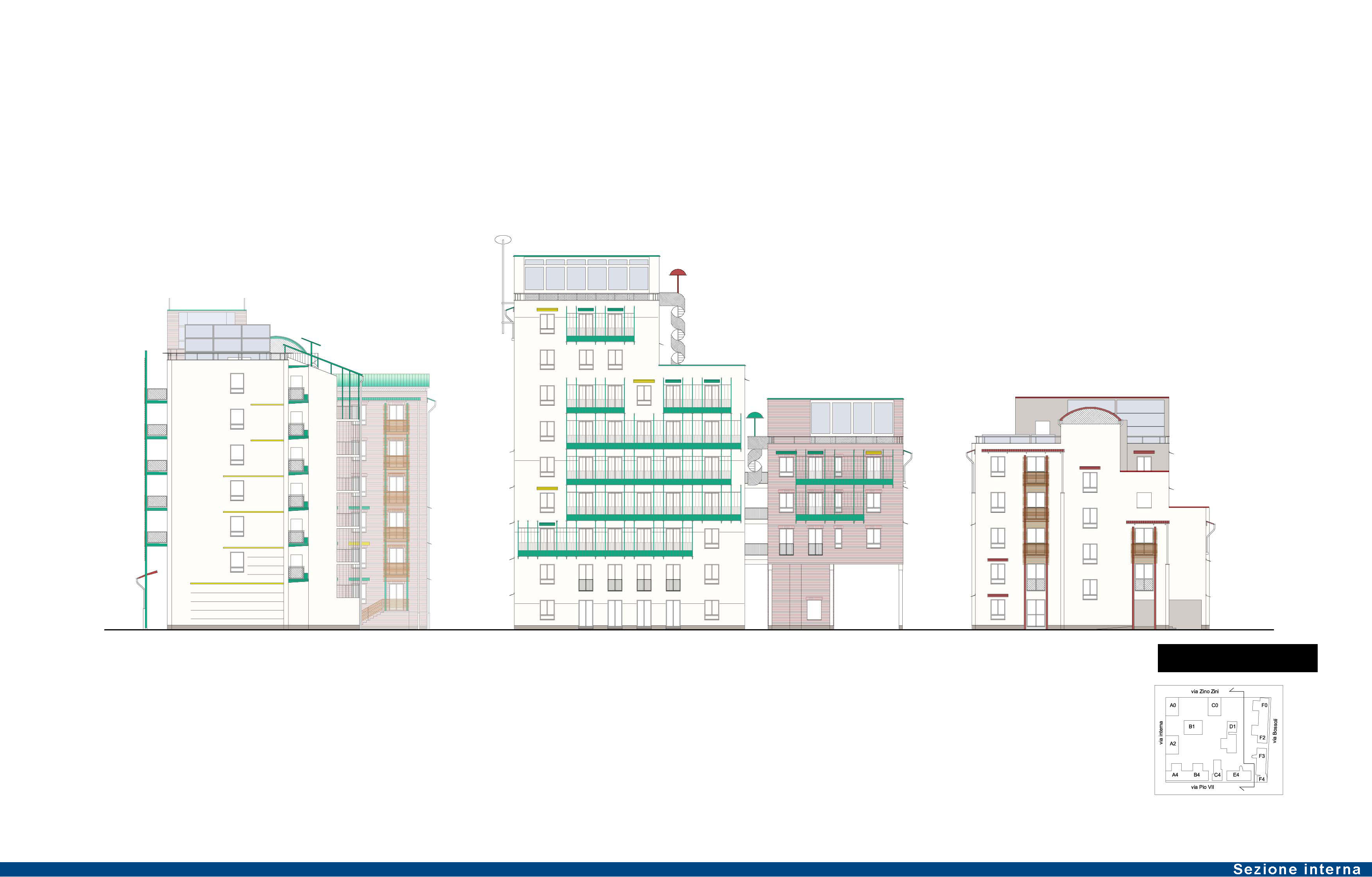 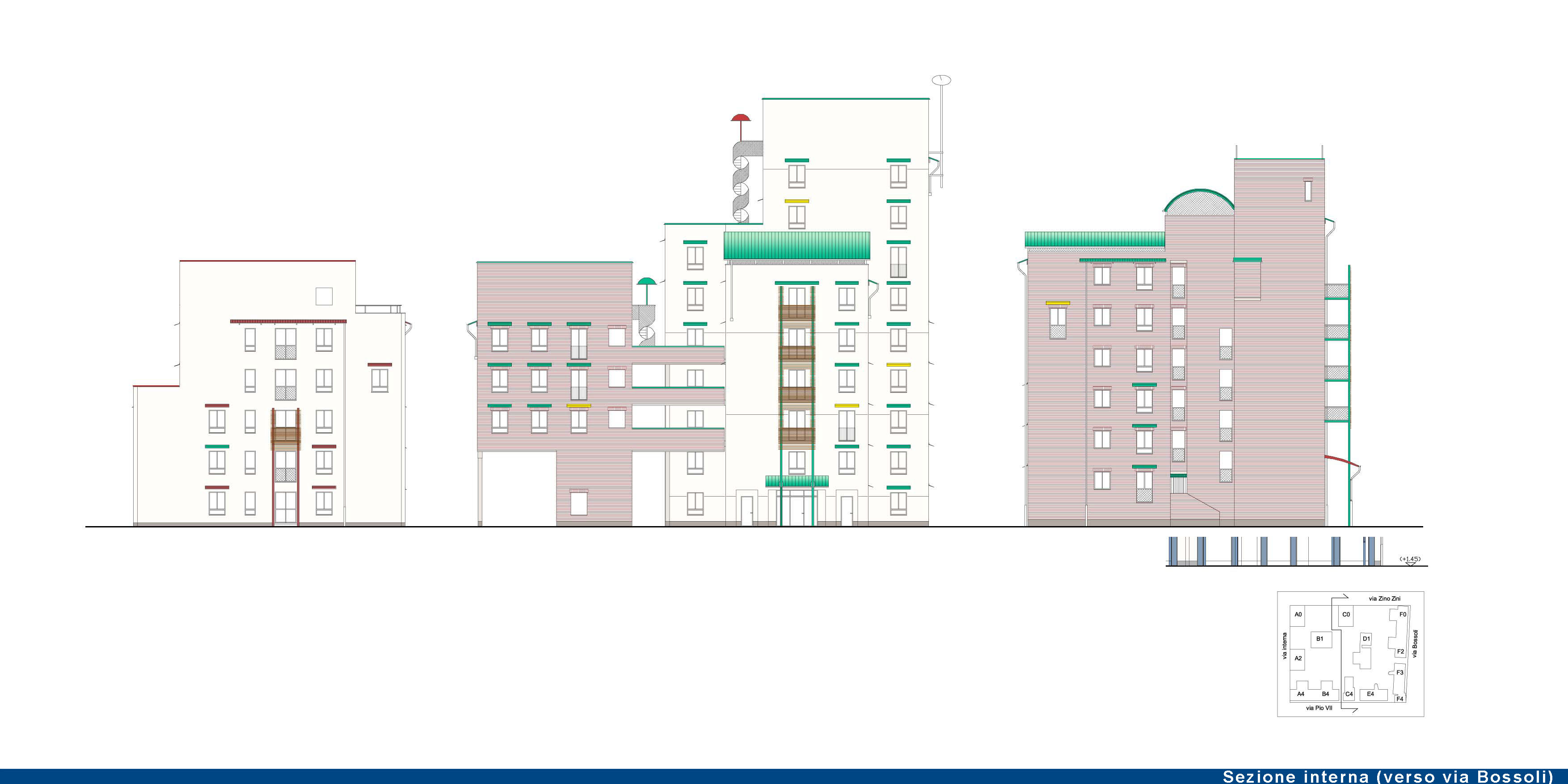 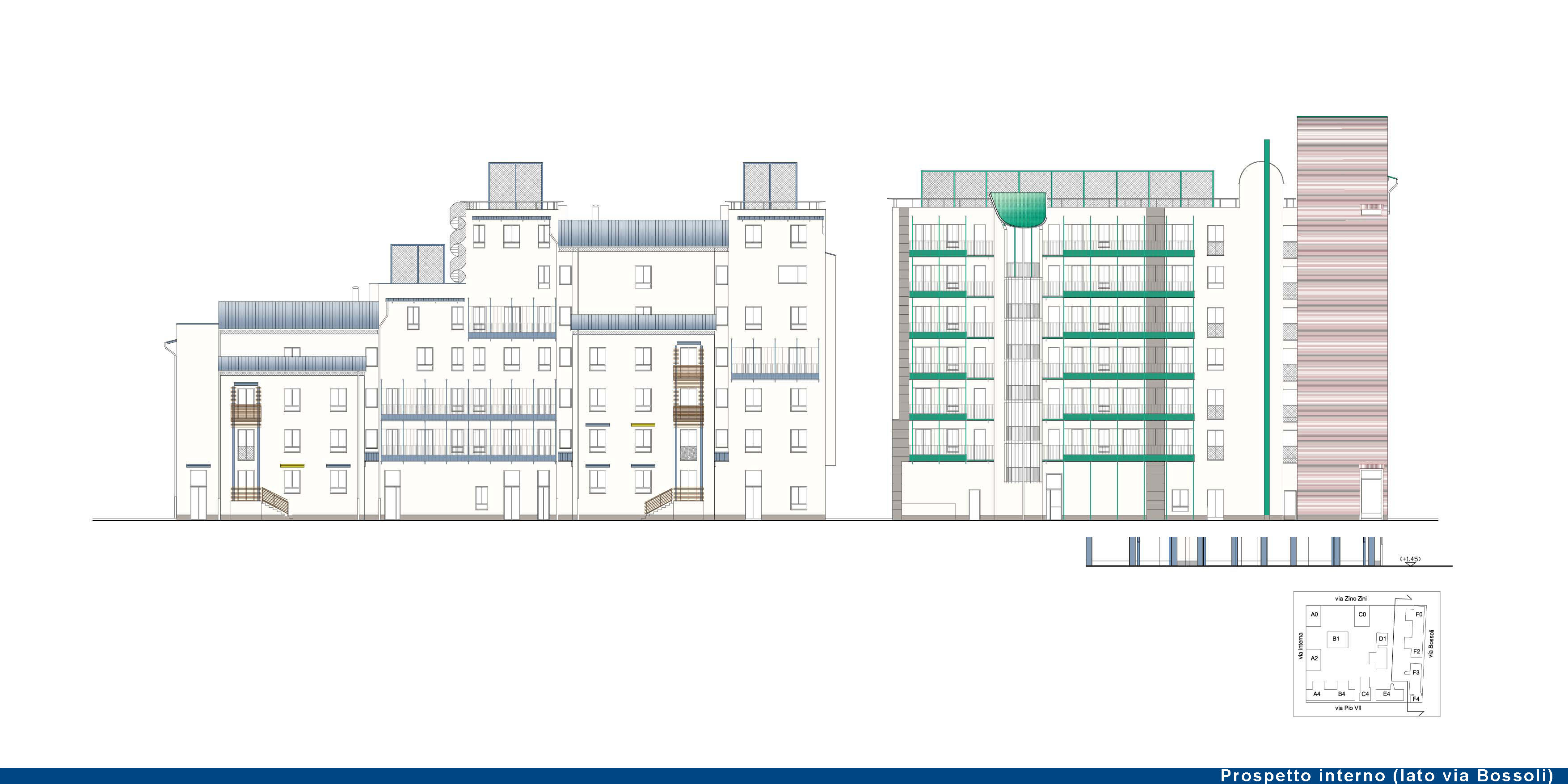 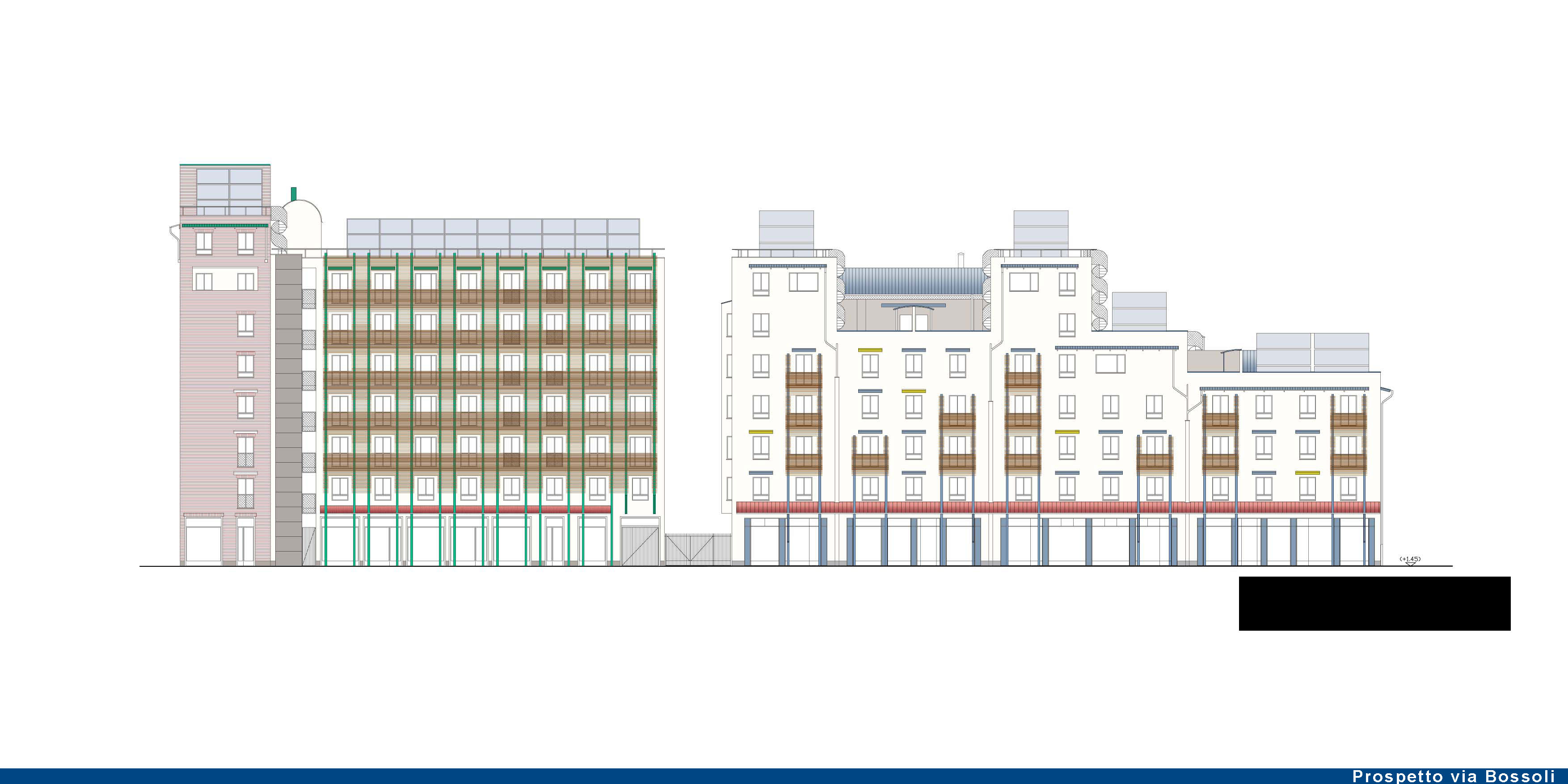 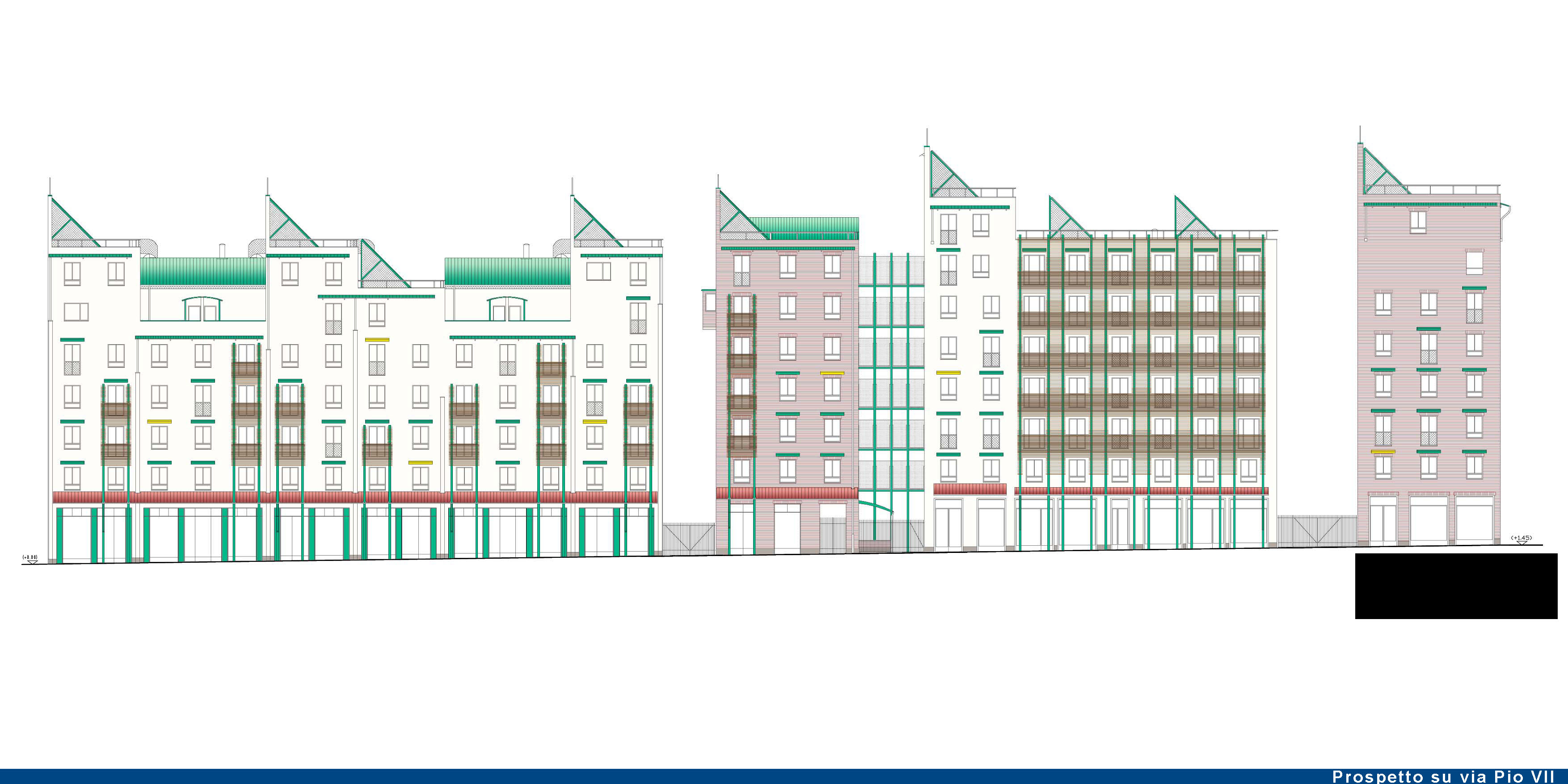 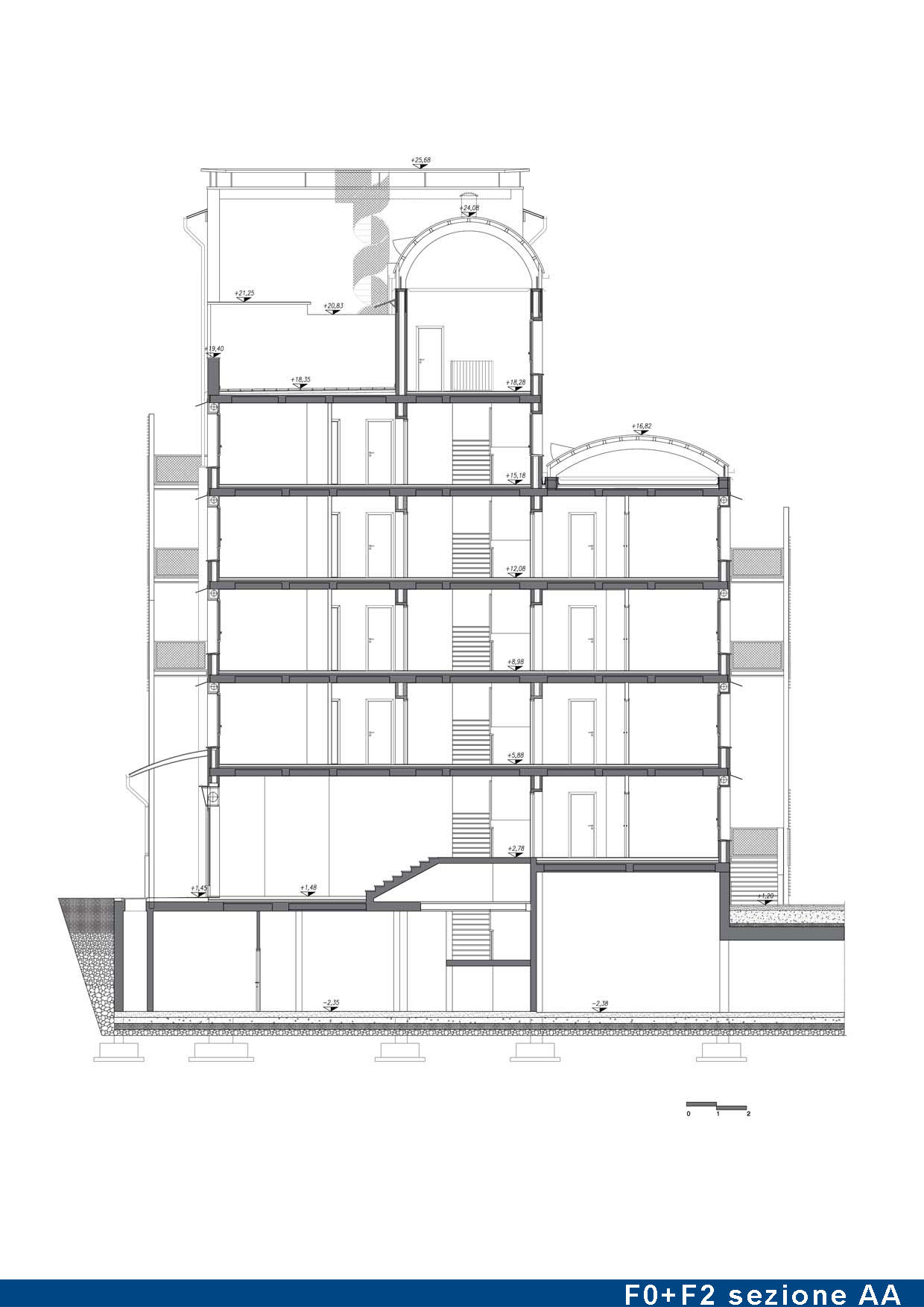 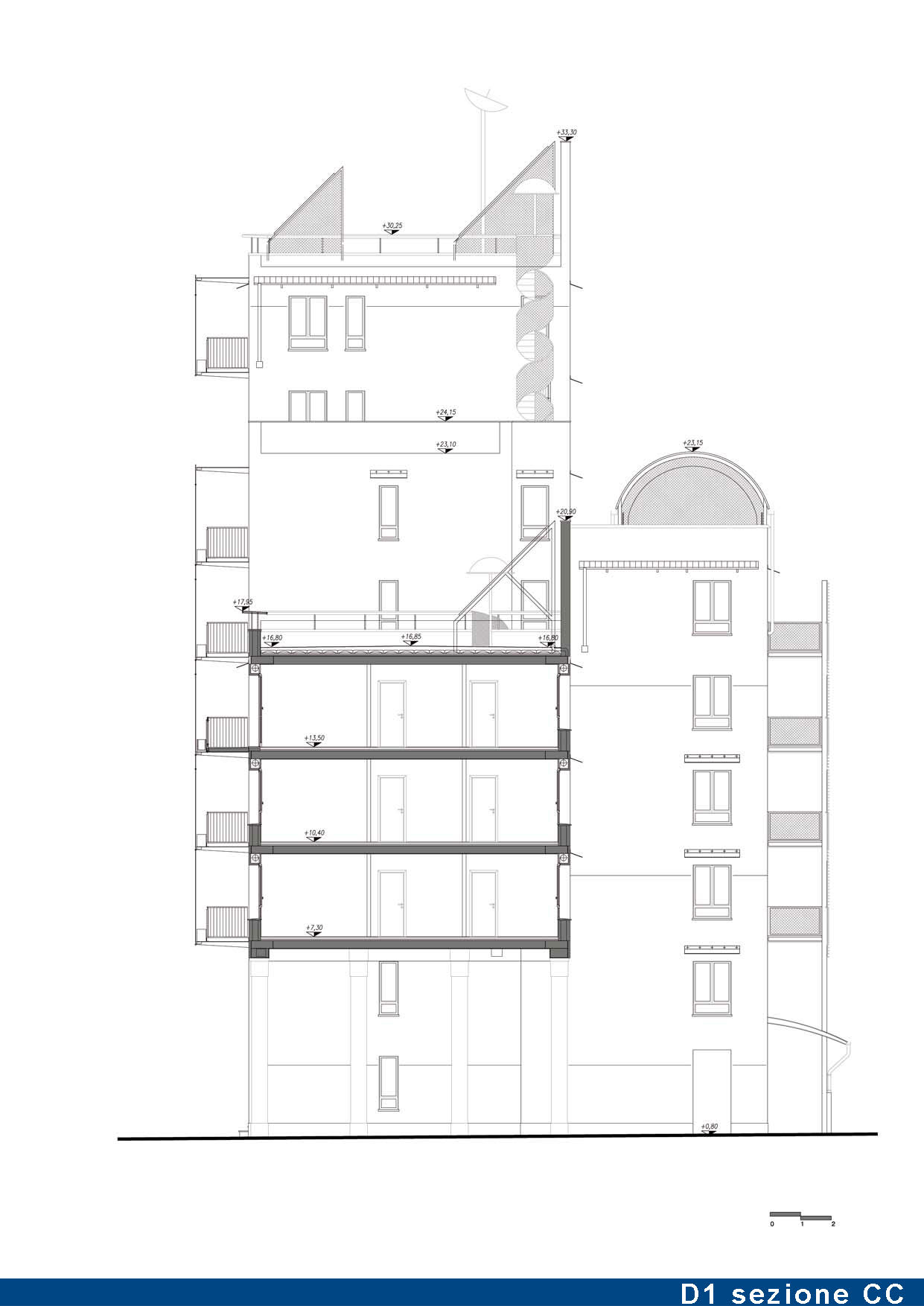 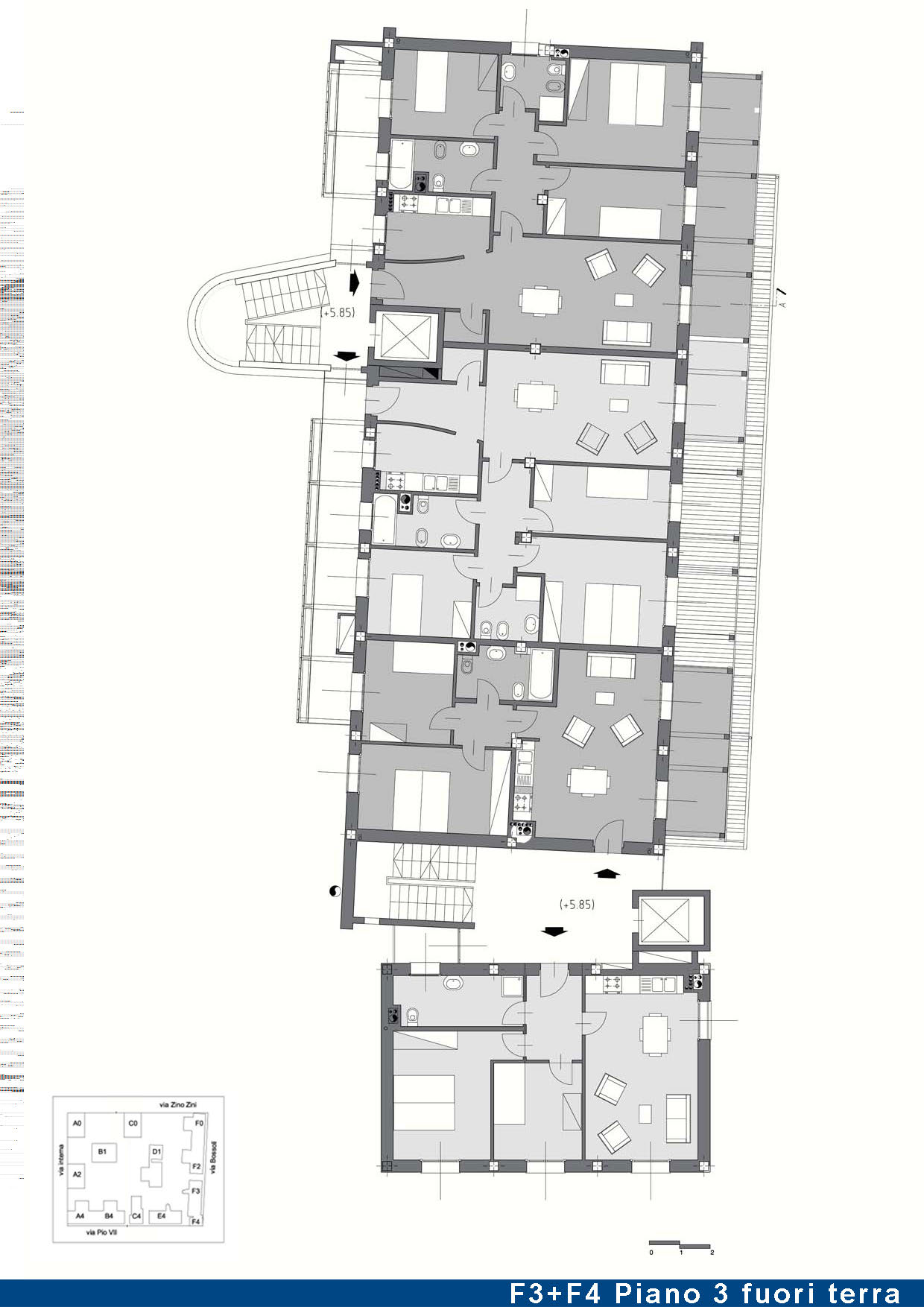 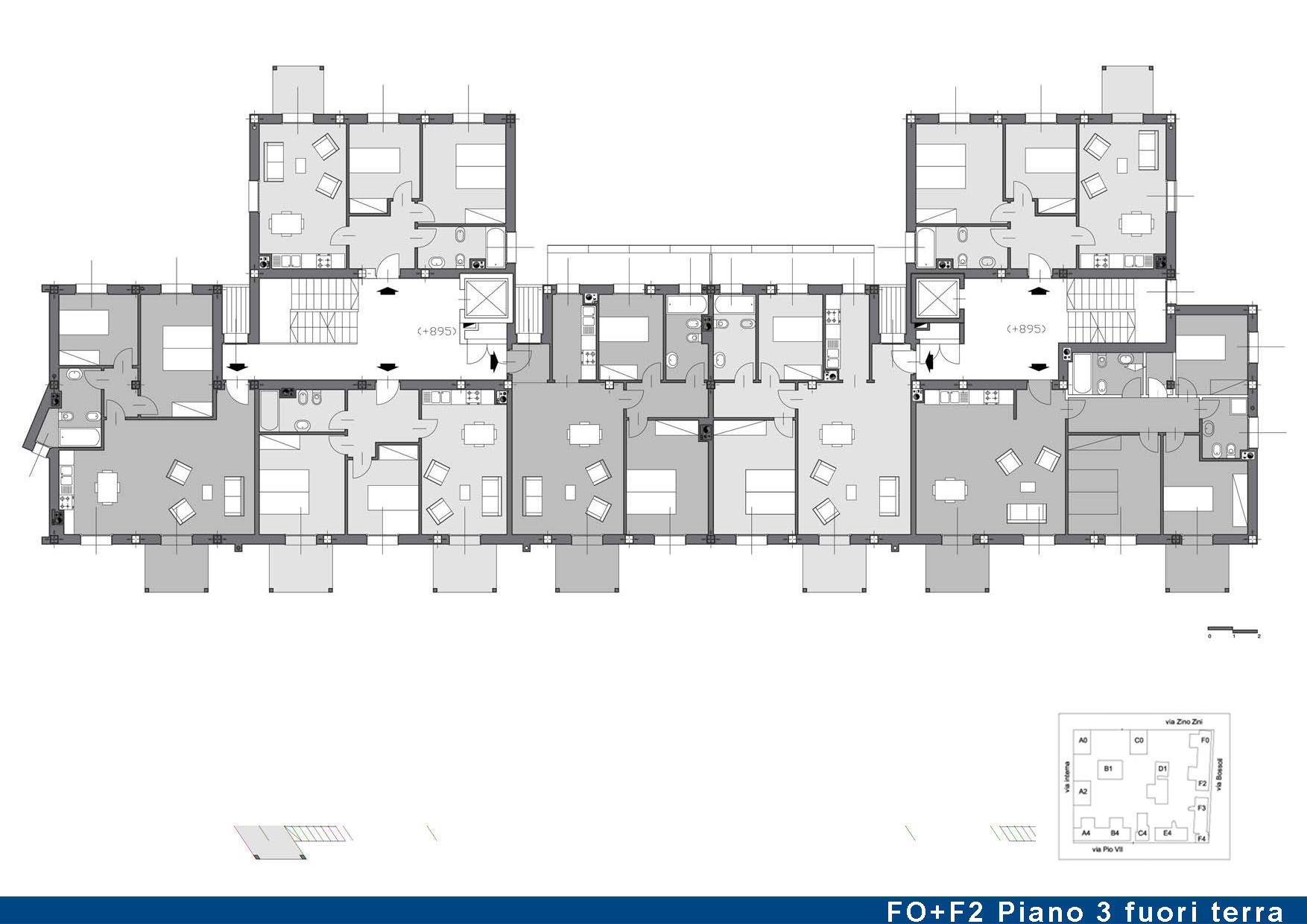 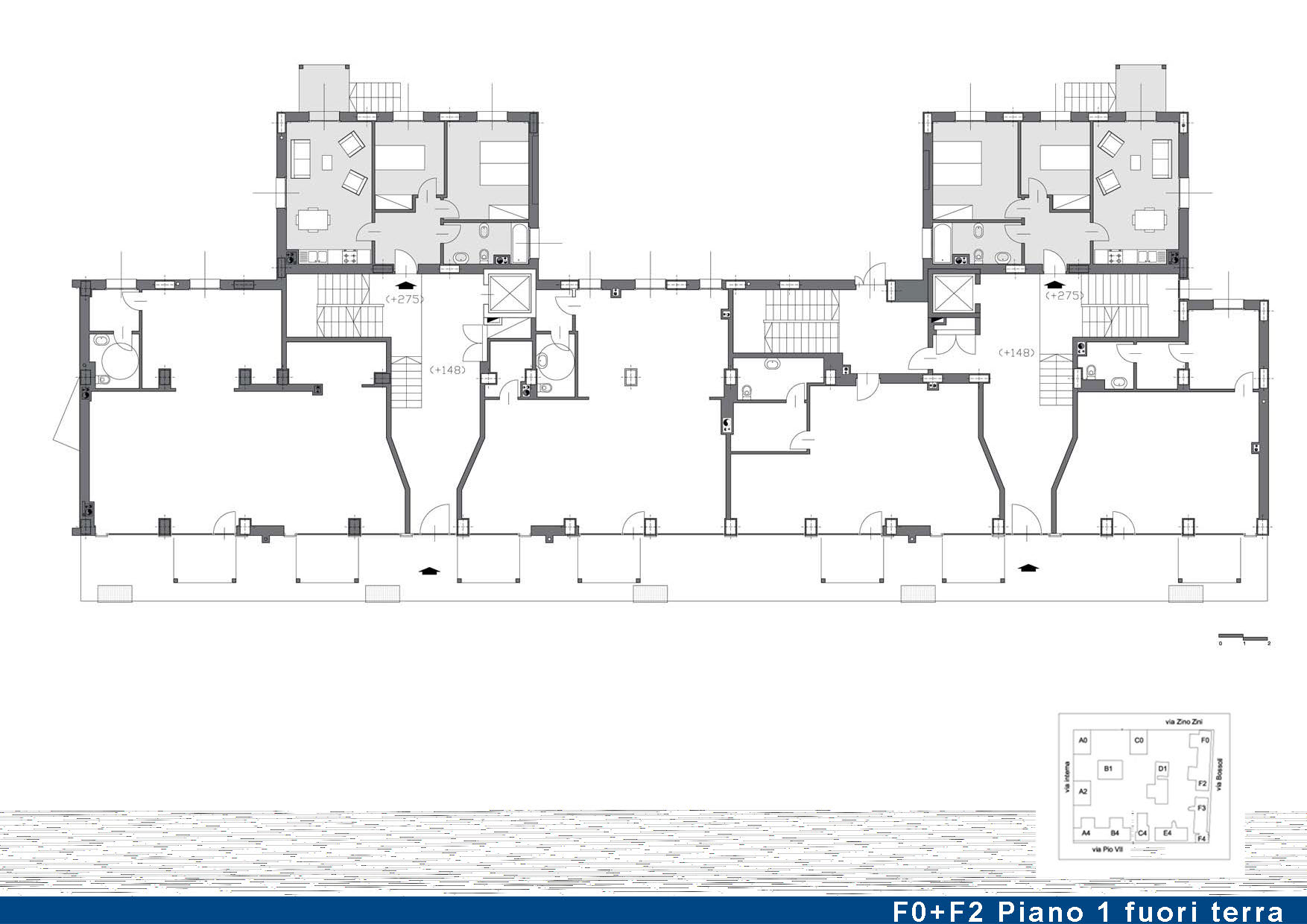 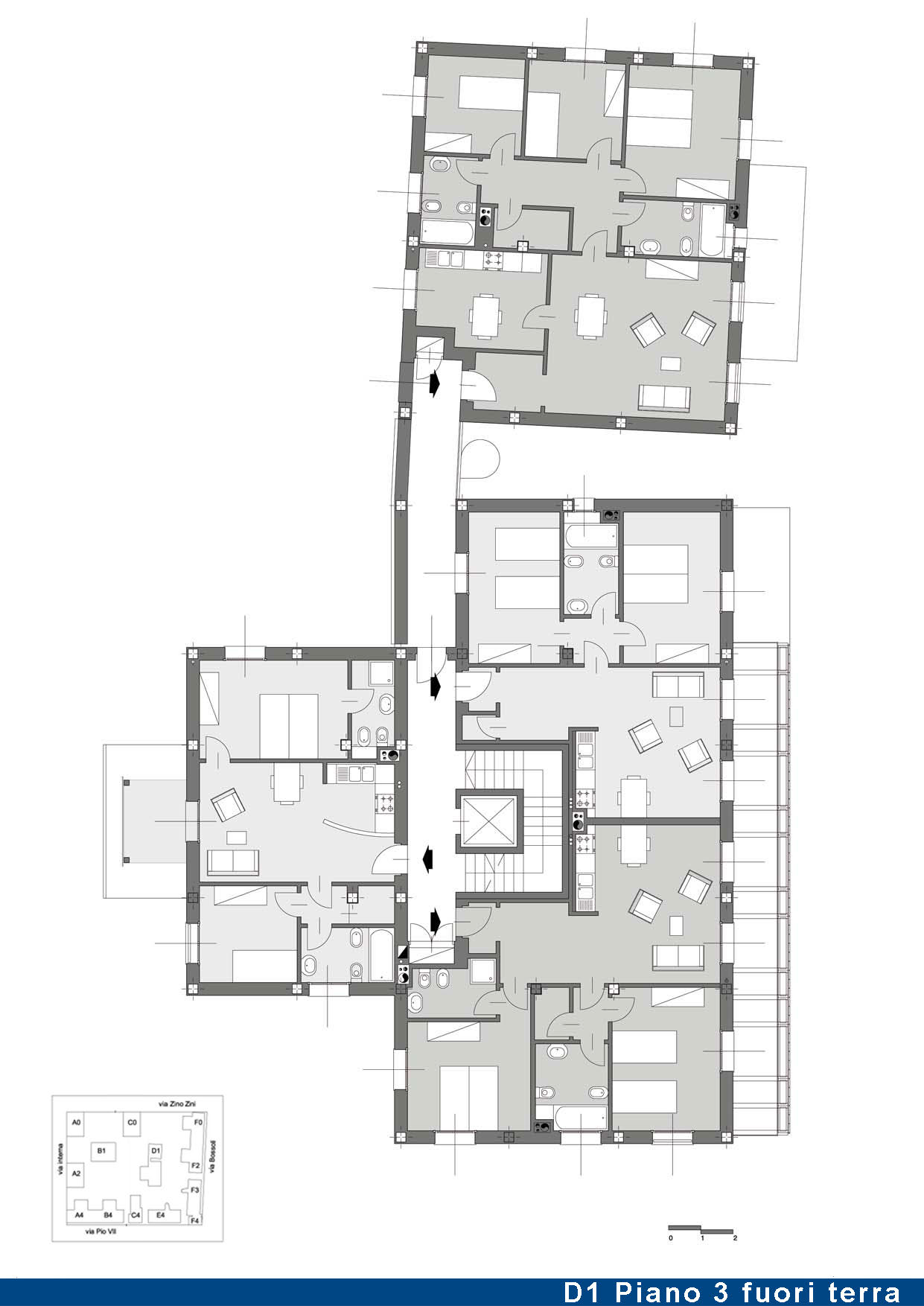 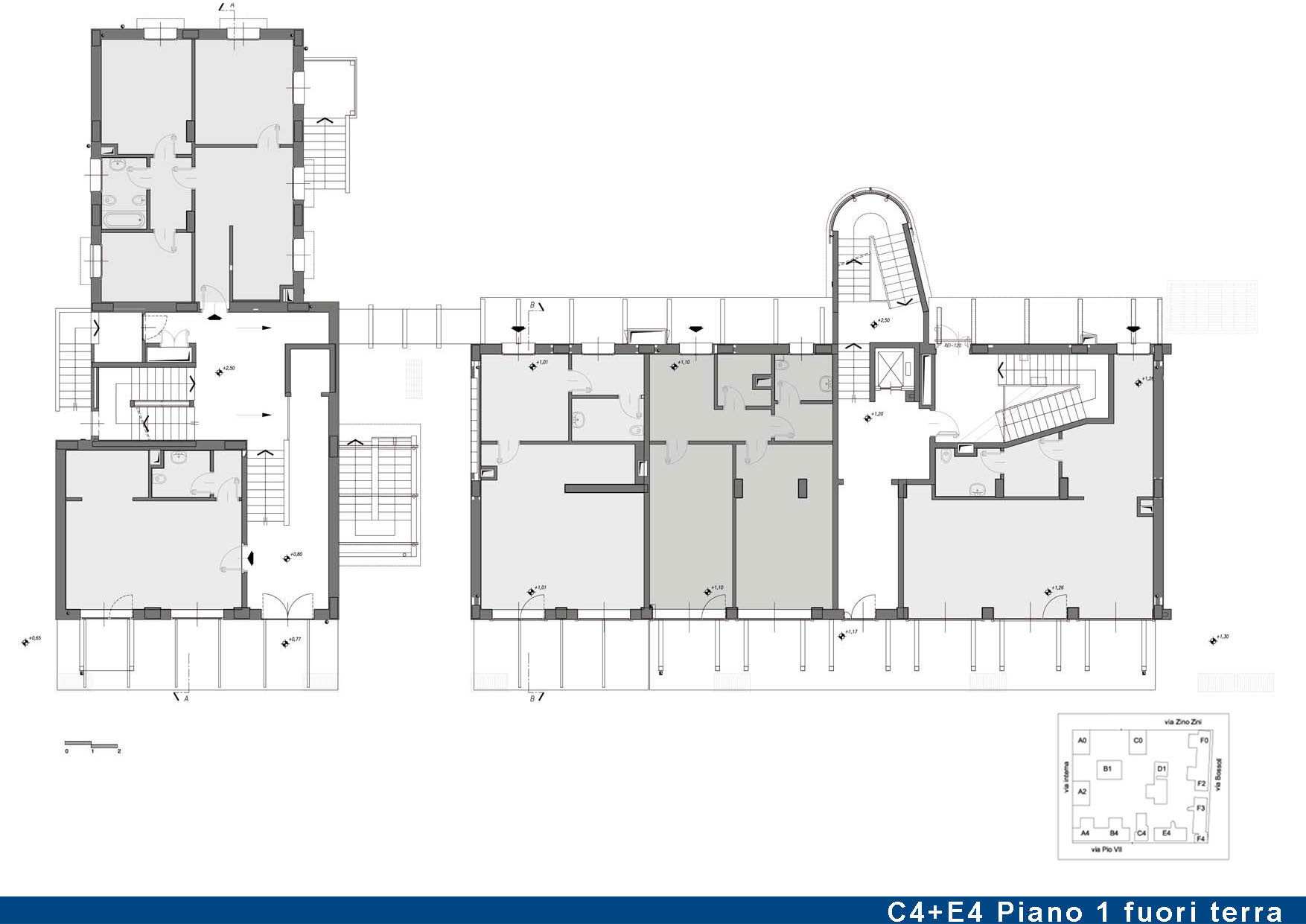 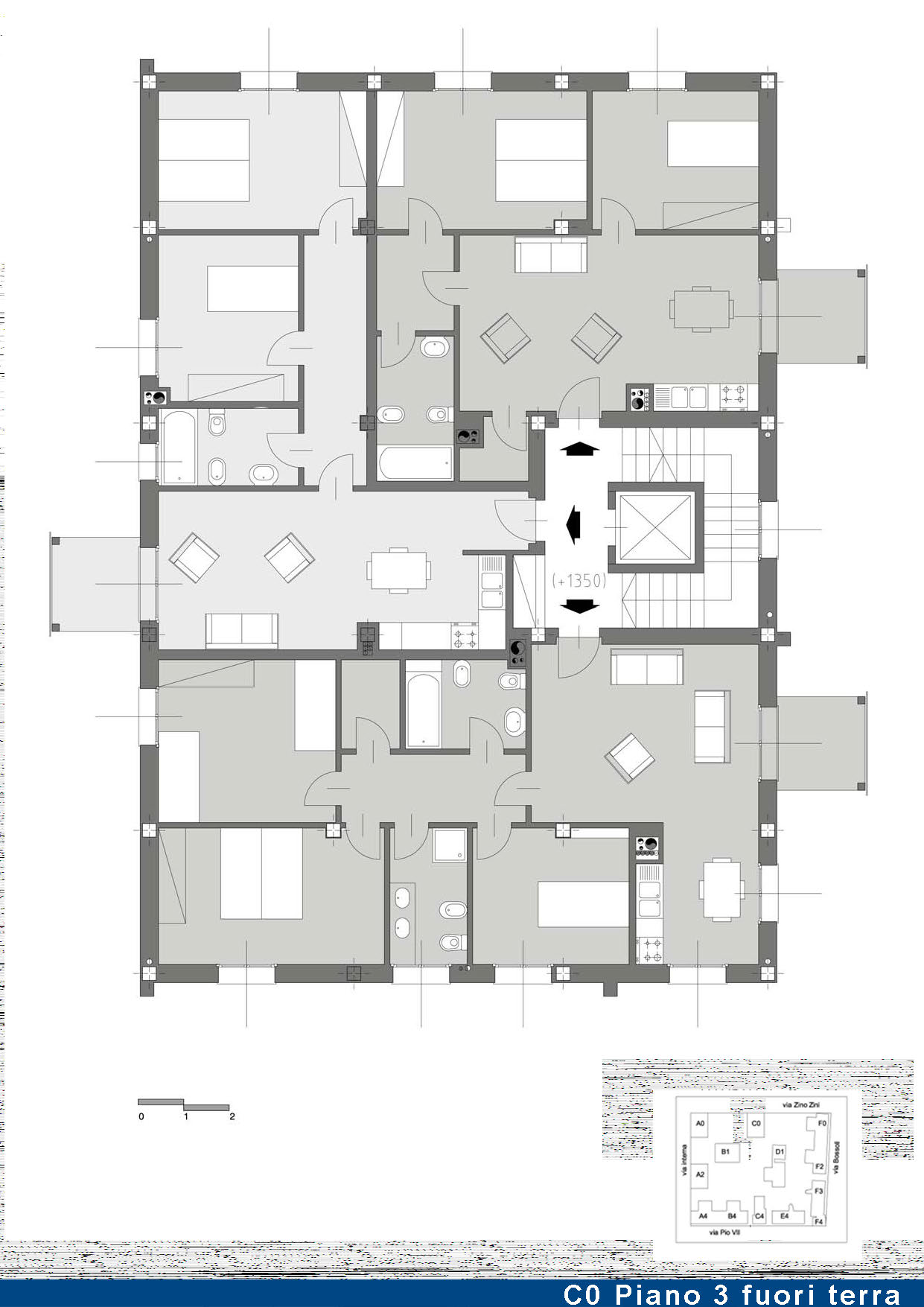 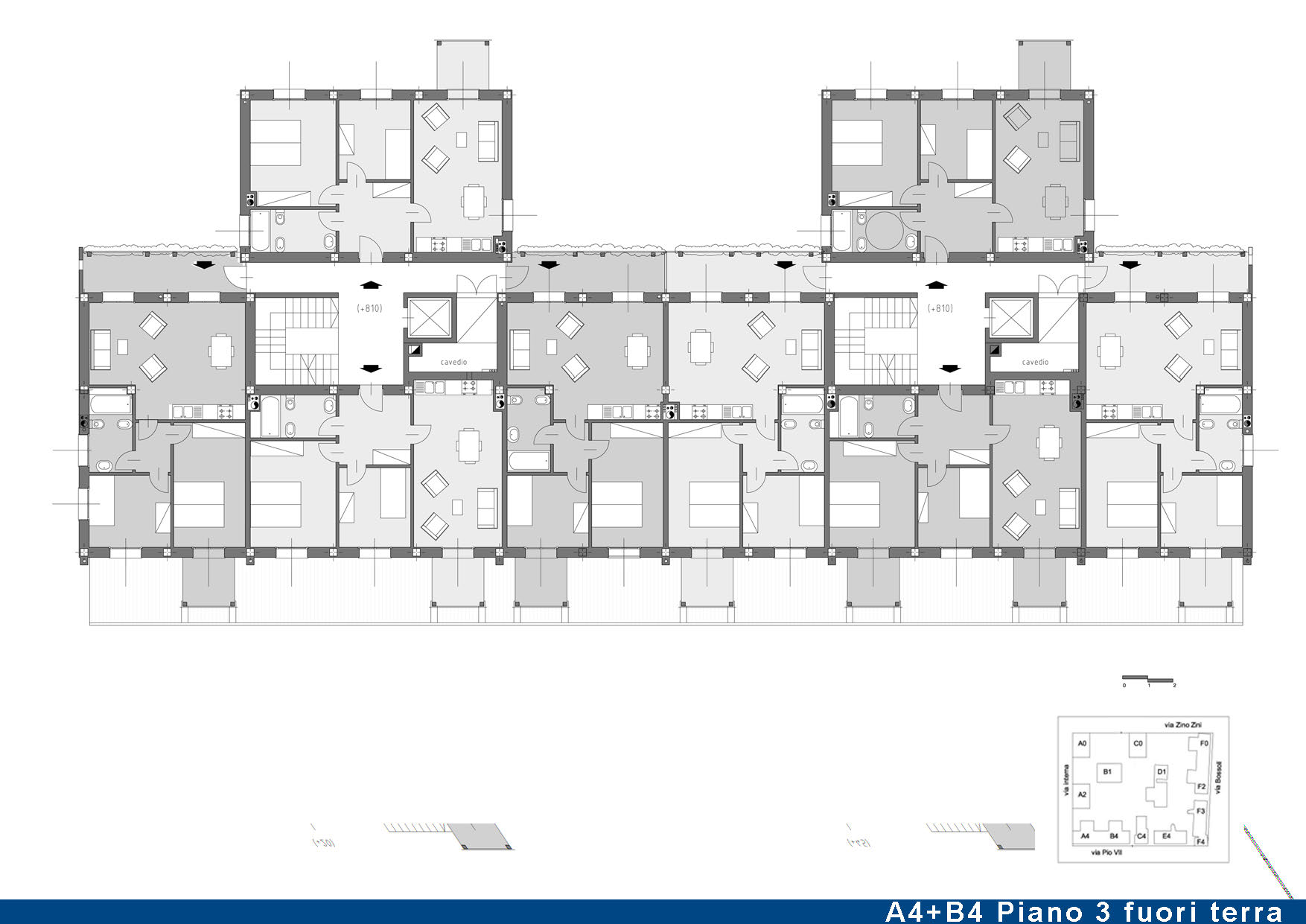 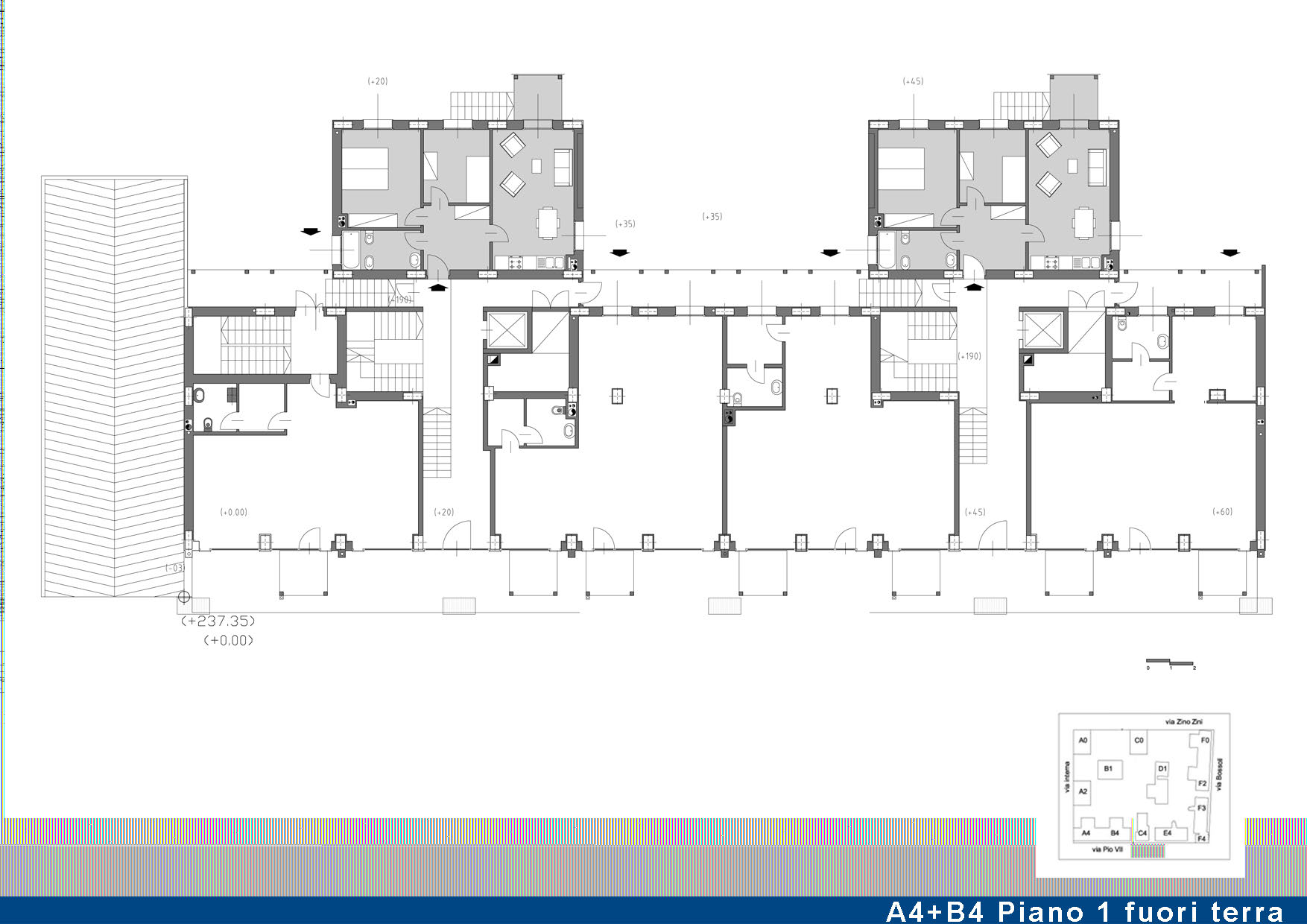 The project for residences designed by us forms part of a greater intervention, subject of an International competition published on occasion of the winter Olympics in Turin.

The project comprises buildings of various heights distributed in part at road level and in part inside the lot, in order to create internally “small squares” connected to each other. Each building has its own characteristics distinguished by the type of apartments and the design and materials of the façade. In this way, the complex gives the impression of a series of different “houses”, connected only by some common detail.

What we wanted to avoid was to characterize the complex with a repetition of the same types, with the risk of each building losing its own particular identity.

The resulting differences are not only derived from formal manipulations but also from an analysis of the different functions of the various buildings; i.e. they are the result of a variety of housing proposals which involve the internal organization and the external image. The complexity of the overall image is fruit of a careful study of the various ways of living.

Modular repetitiveness, even though it has been a strong proposal of the modern movement (economic and equalitarian reasons generated it), risks to be interpreted as an identification code of the suburbs, socially connoted places, where it appears that the main objective is to respond to quantitative requirements dictated by an emergency and, for this reason, not always appreciated by the people living there.

The buildings are also characterized by the use of different materials: plaster, exposed  bricks, wooden covering, latticework for continual vertical plants, etc.  Common elements are terraces outside the façade with a metal structure, rising to various heights.

The buildings which face the public roads are surrounded at the base by a continual cantilever roof which confers a “support” to the housing sequence, also with uniform night lighting, and protects the windows of the shops on the ground floor..

Solar panels are situated on the roofs of all the buildings, placed against high murals, so forming functional “sculptures” representing the relationship between the building and the sky.

The complex is completed with a nursery and a “party room”. The internal façades will be covered with climbing plants originating from the flower boxes placed on the terraces. There are about 200 apartments with sizes varying from 70 to 100 sq. m. and some on two levels.