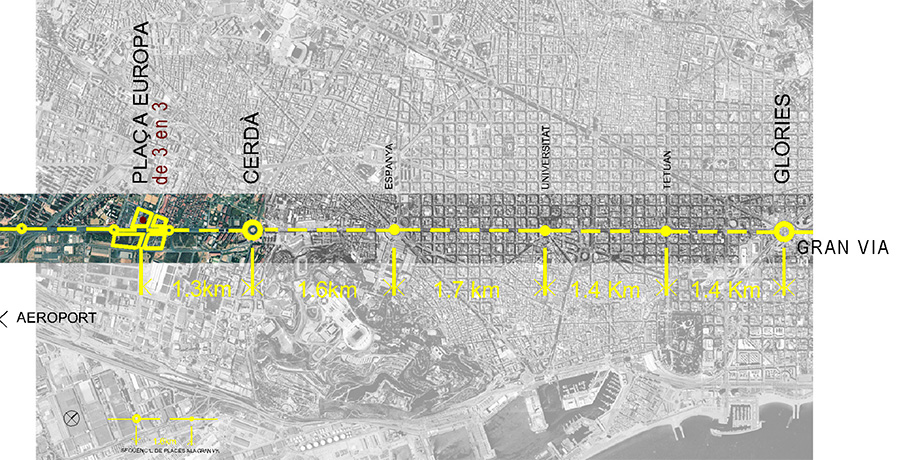 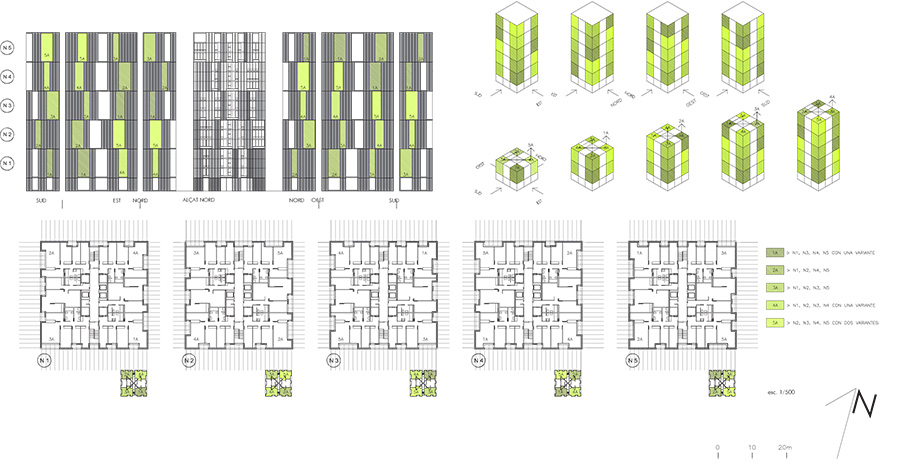 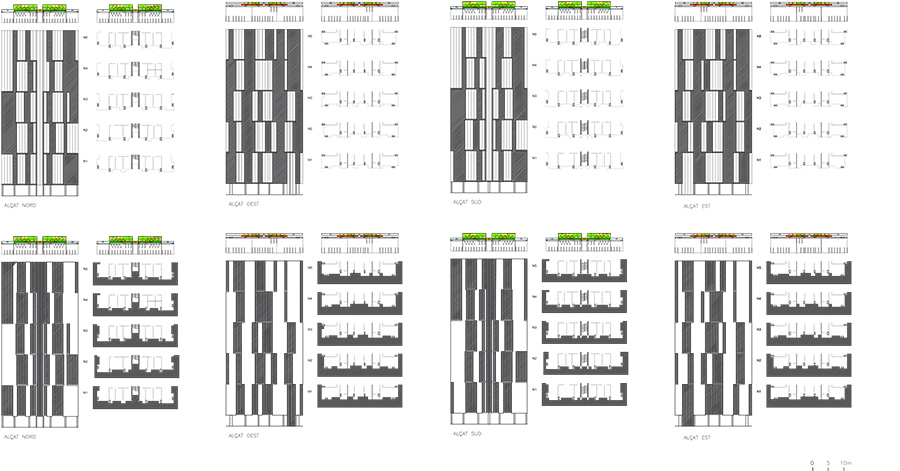 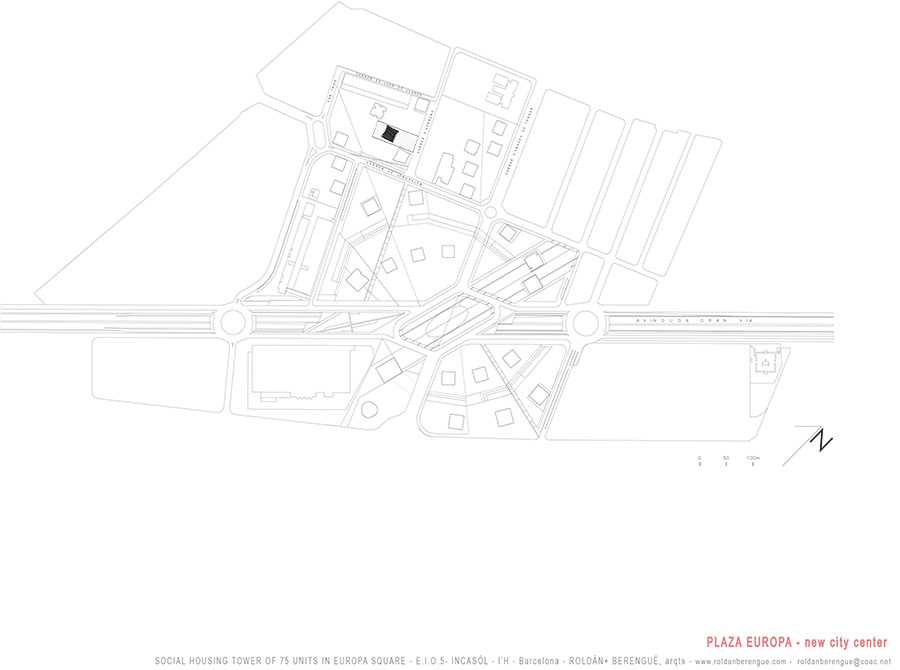 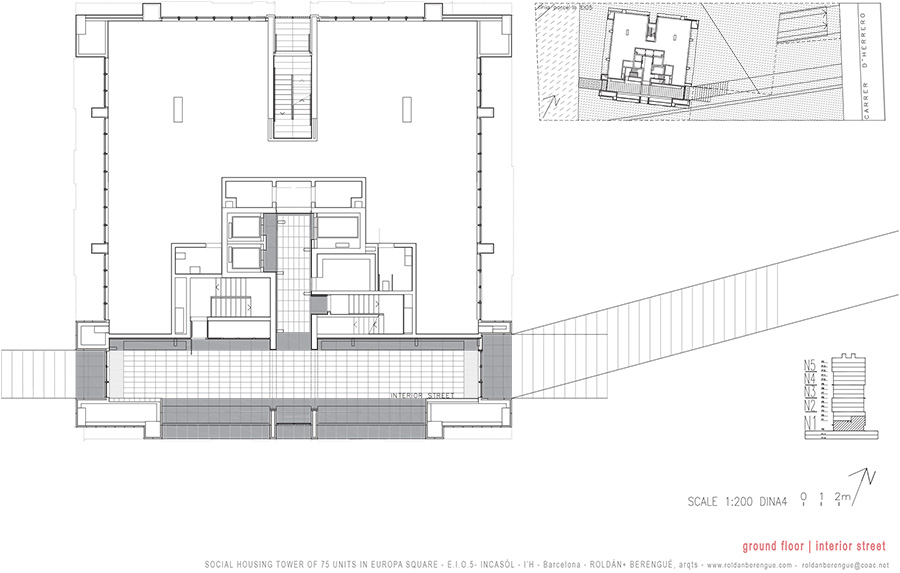 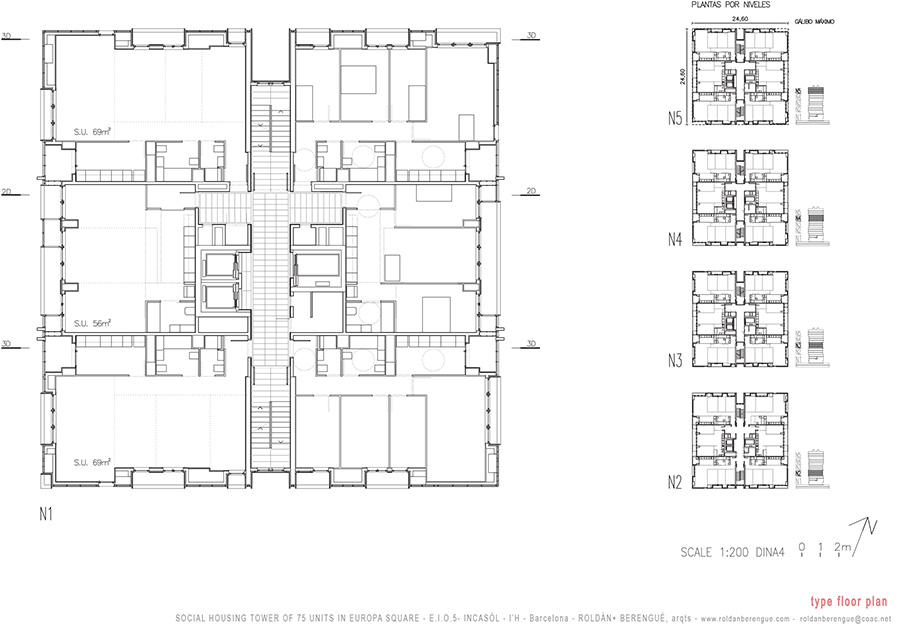 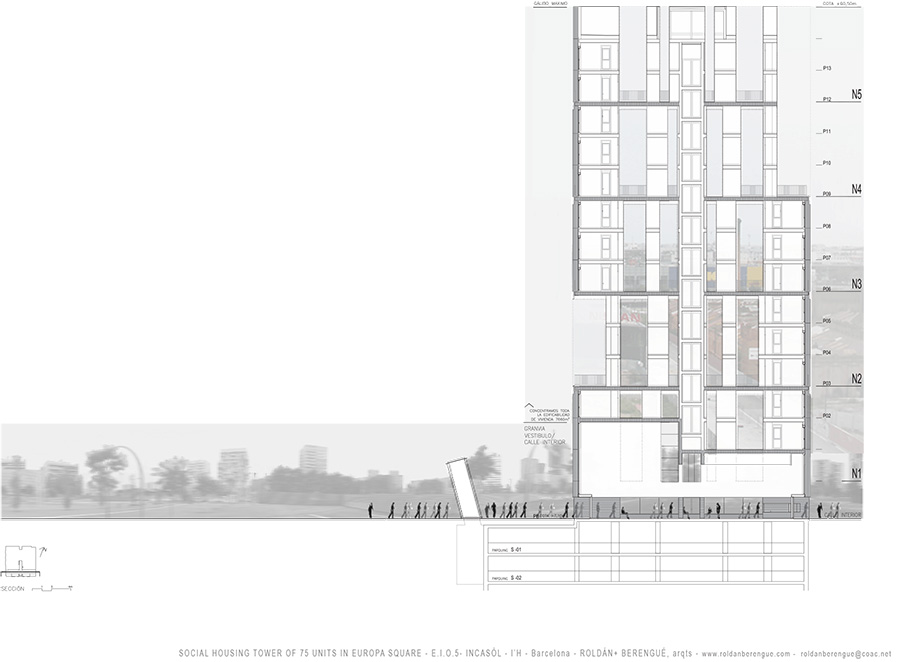 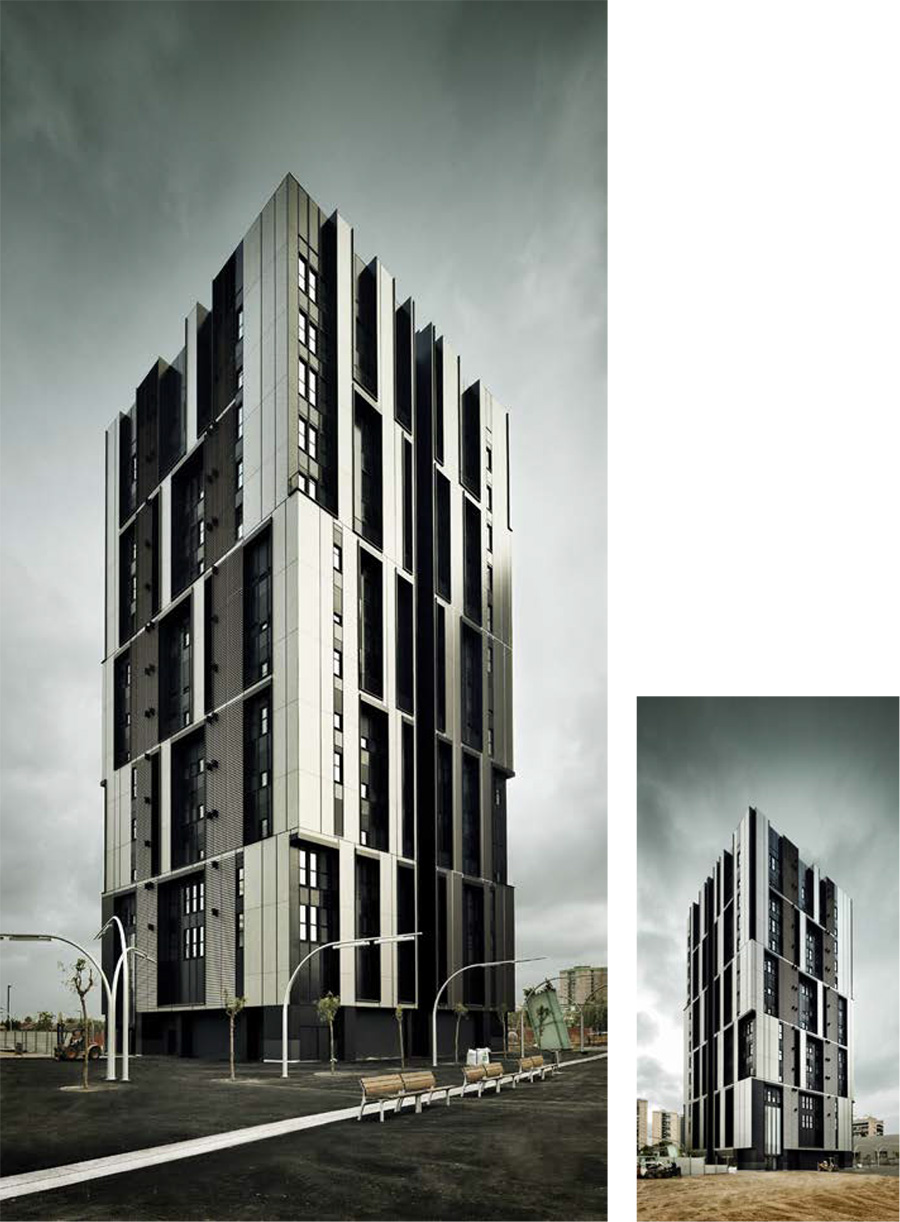 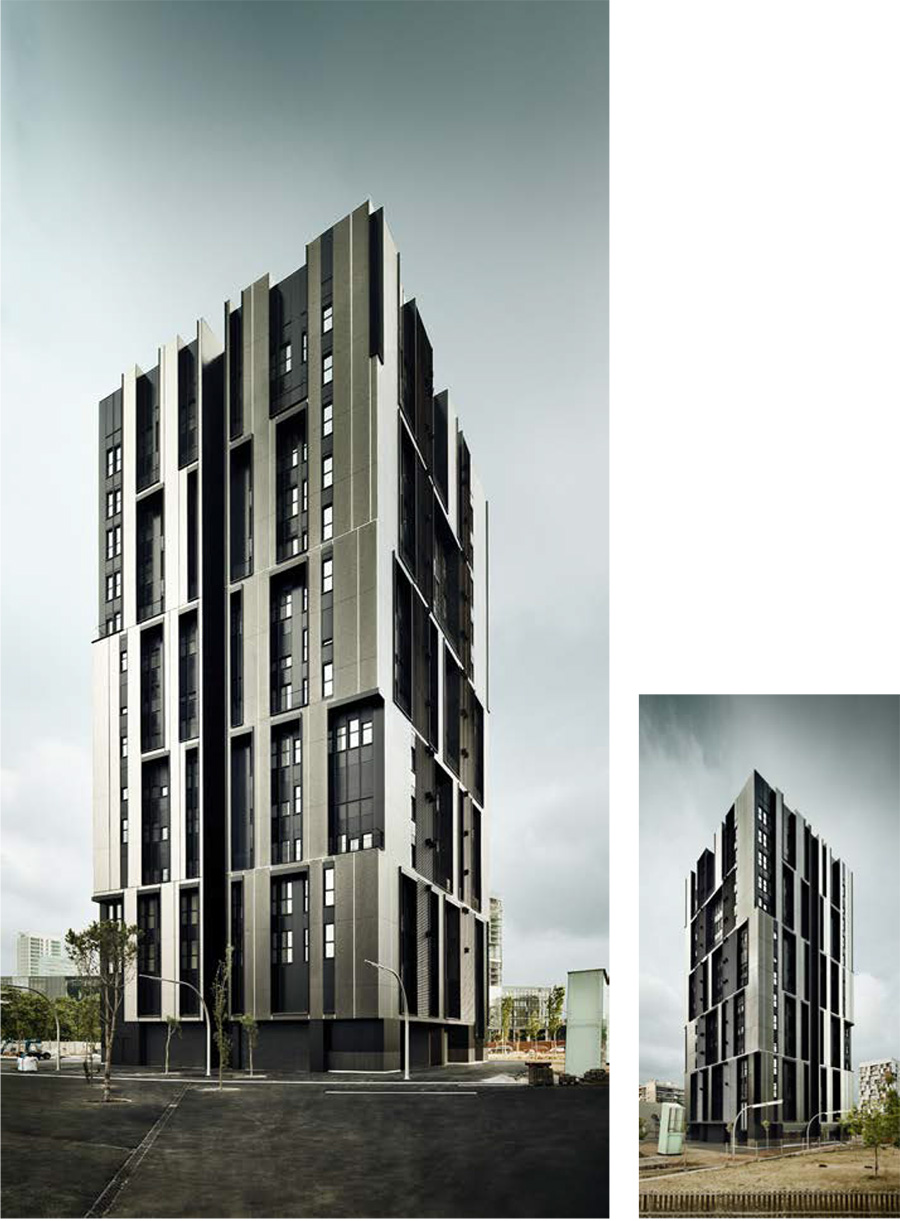 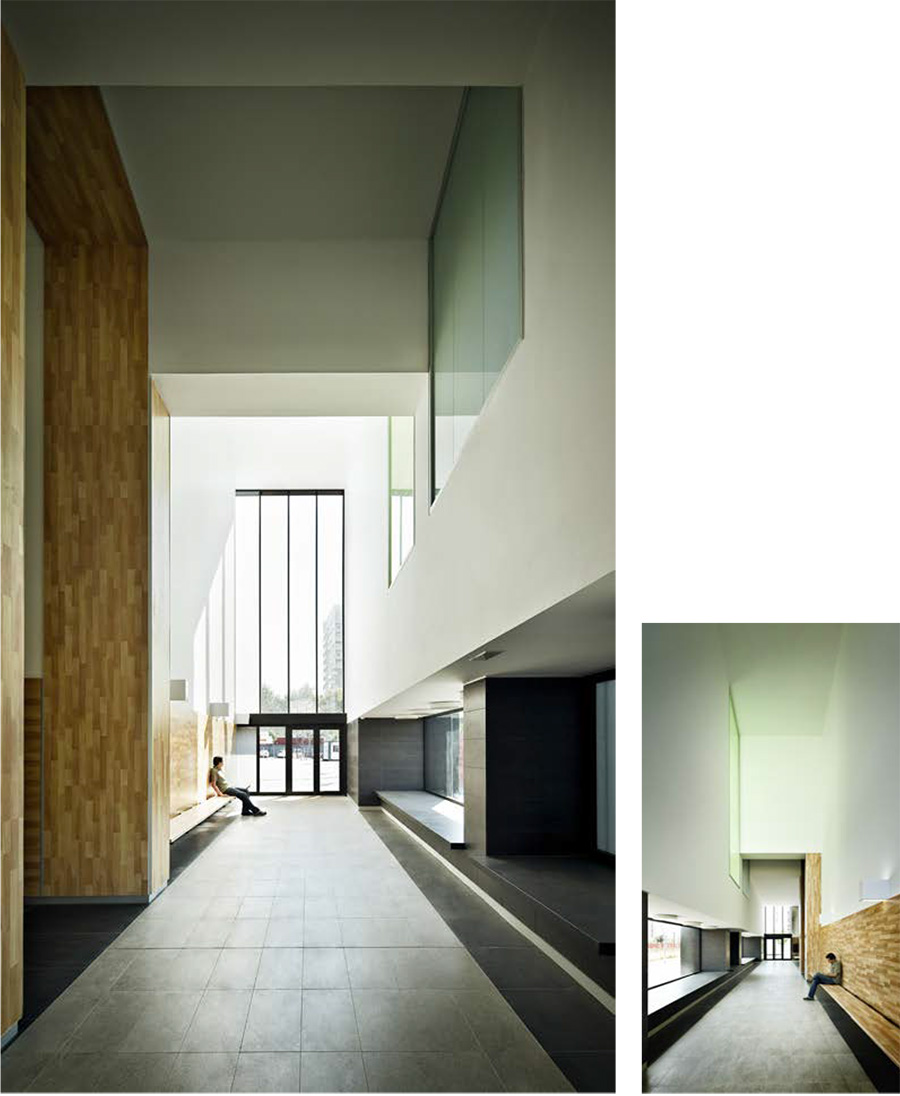 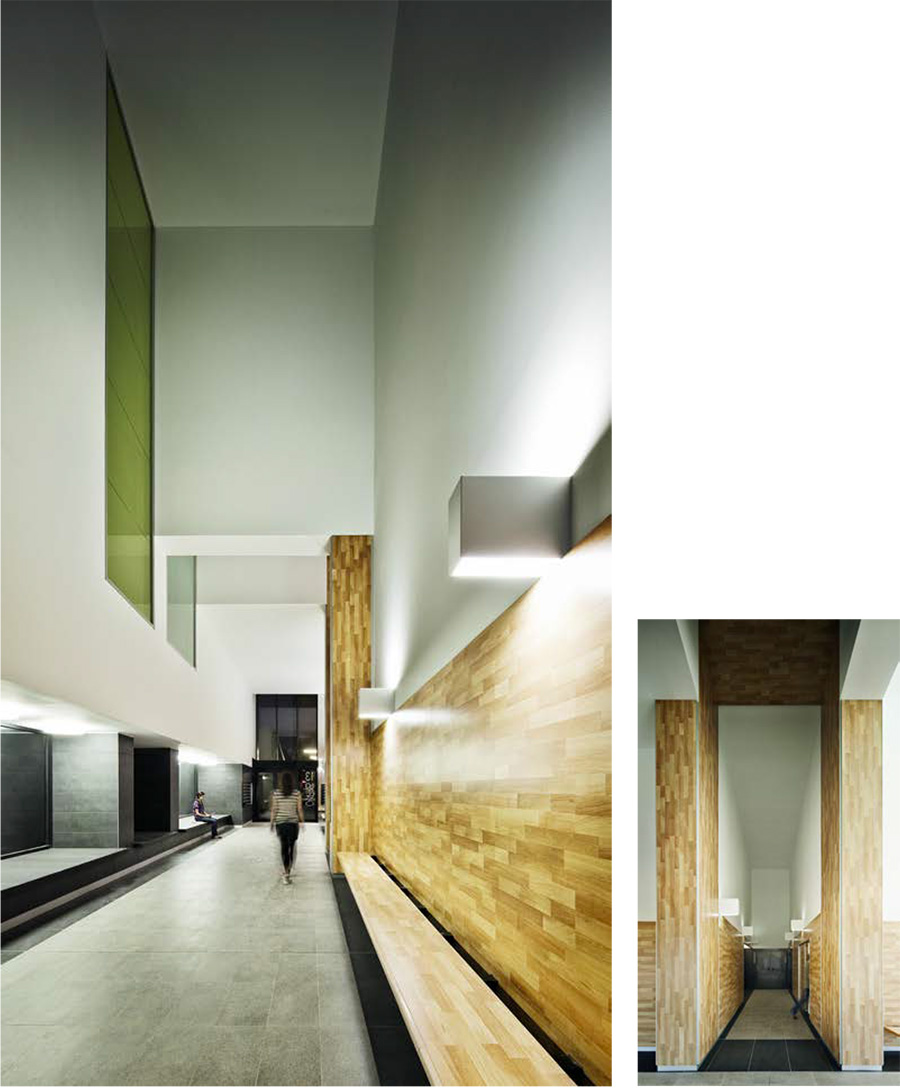 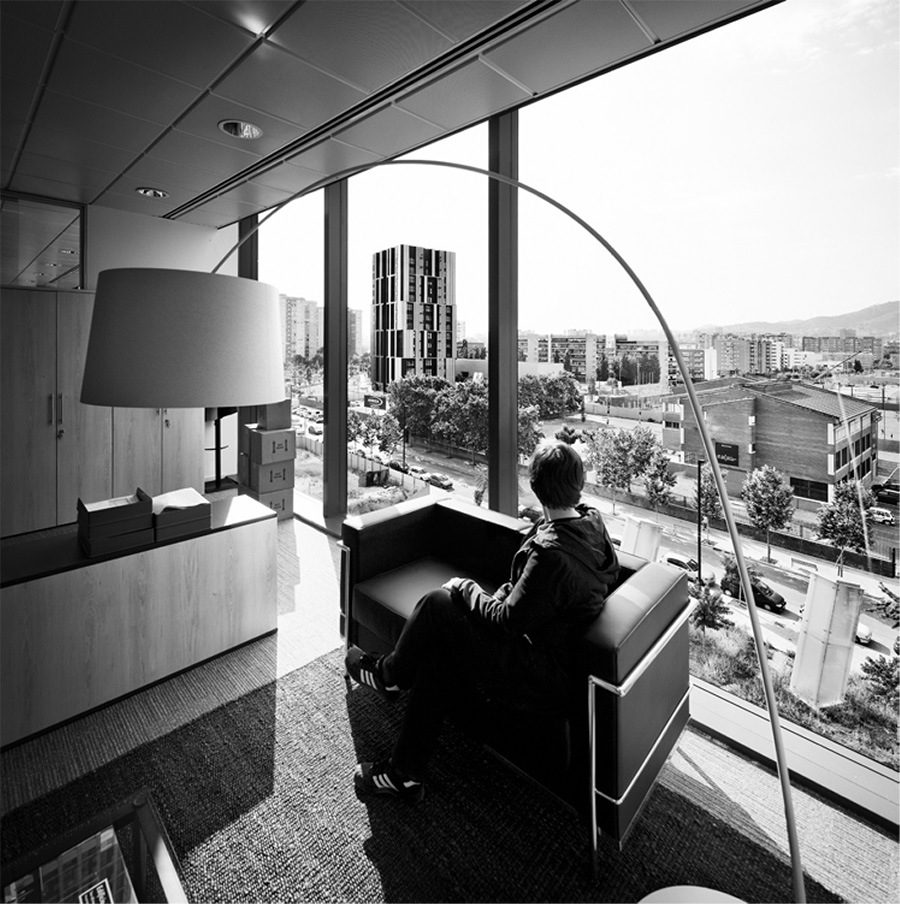 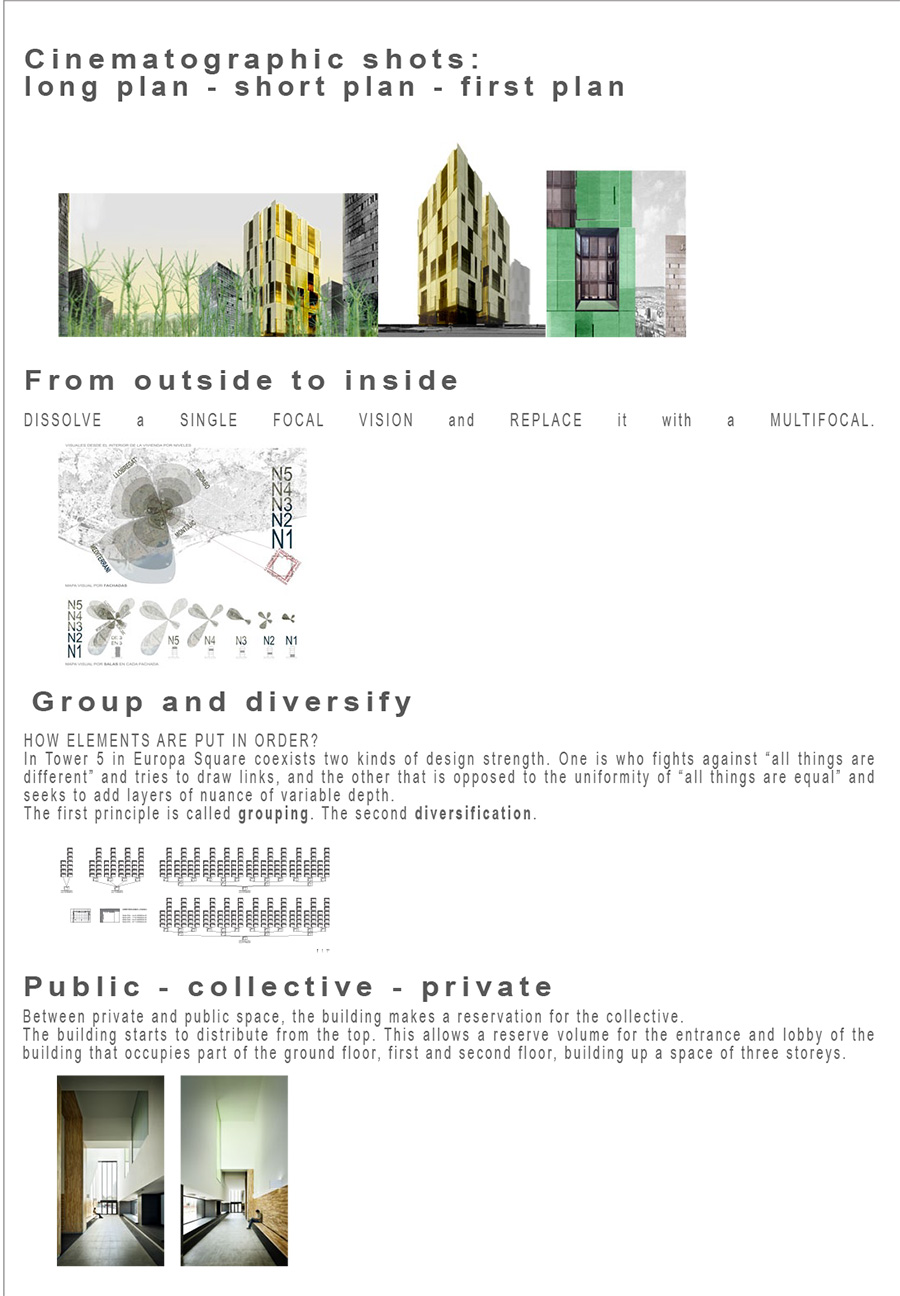 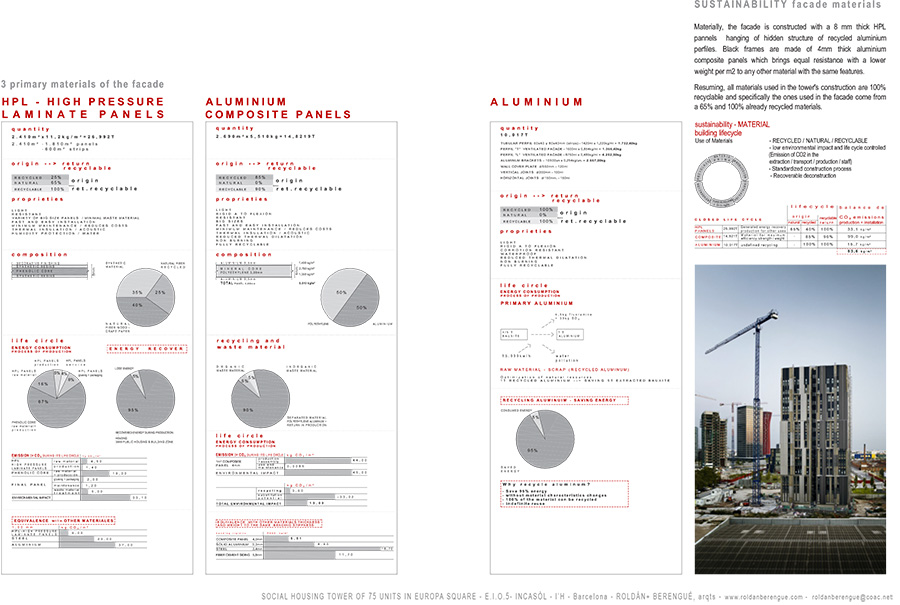 Recommending party
The project has been submitted by: Miguel Roldán, architect

The tower E.I.O.5 is a project of social housing promoted by INCASOL and it is located in a new central zone known as Plaça Europa (Europa Square). This urban model is a generous public space concentrates, within other buildings, 26 towers of tertiary and residential uses, between 15 and 20 floors.

Tower 5 is located in the last ring of Europa Square, where most of them public housing, which distribution laws in the master planning fixes a maximum floor dimension of 24×24 m.

In our proposal, rescaling the tower according to its position as a piece in the limit with the consolidate fabric of Hospitalet trying to visualize with the building a movement between Europa Square and the blocks of 5 floors that form the surrounding. Grouping together floors from 3 to 3, the image of the tower, perceived in some kind of cinematographic long plan, could approximate to a building of 5 floors of height.

Typologically, the tower is set in floor plan as two towers with T form circulation corridor and two scales in the extremes across the one illuminates the interior in the circulation zone. Every tower has two apartments of 69 m2 in the extremes and one of 56 m2 in the central position. Totally, the program is of 75 units. In this Project, the apartment unit’s distribution begins in the 14th floor and keeps descending so the compacted residential volume from the superior floor releases a space of 3 levels height with a T form in the access. This piece, generous in volume and “sober” in measures and finishing materials, in its longest dimension it ends being a street with accesses in the extremes and has unusual dimensions for the building’s entrance hall of usual public housing buildings.

The election of the elements for the facade’s assembly has been done due to comparative study of several constructive solutions which evaluated the origin of already recycled materials, its natural origin and the capacity for being recycled at the end of its useful life. Likewise, was also valuated the expense of fabrication energy and the recovered politics of the surplus energy generated during the production process.

Materially, the facade is constructed with a 8 mm thick HPL pannels hanging of hidden structure of recycled aluminium perfiles. Black frames are made of 4mm thick aluminium composite panels which brings equal resistance with a lower weight per m2 to any other material with the same features.

Synthetically, all materials used in the tower’s construction are 100% recyclable and specifically the ones used in the facade come from a 65% and 100% already recycled materials.