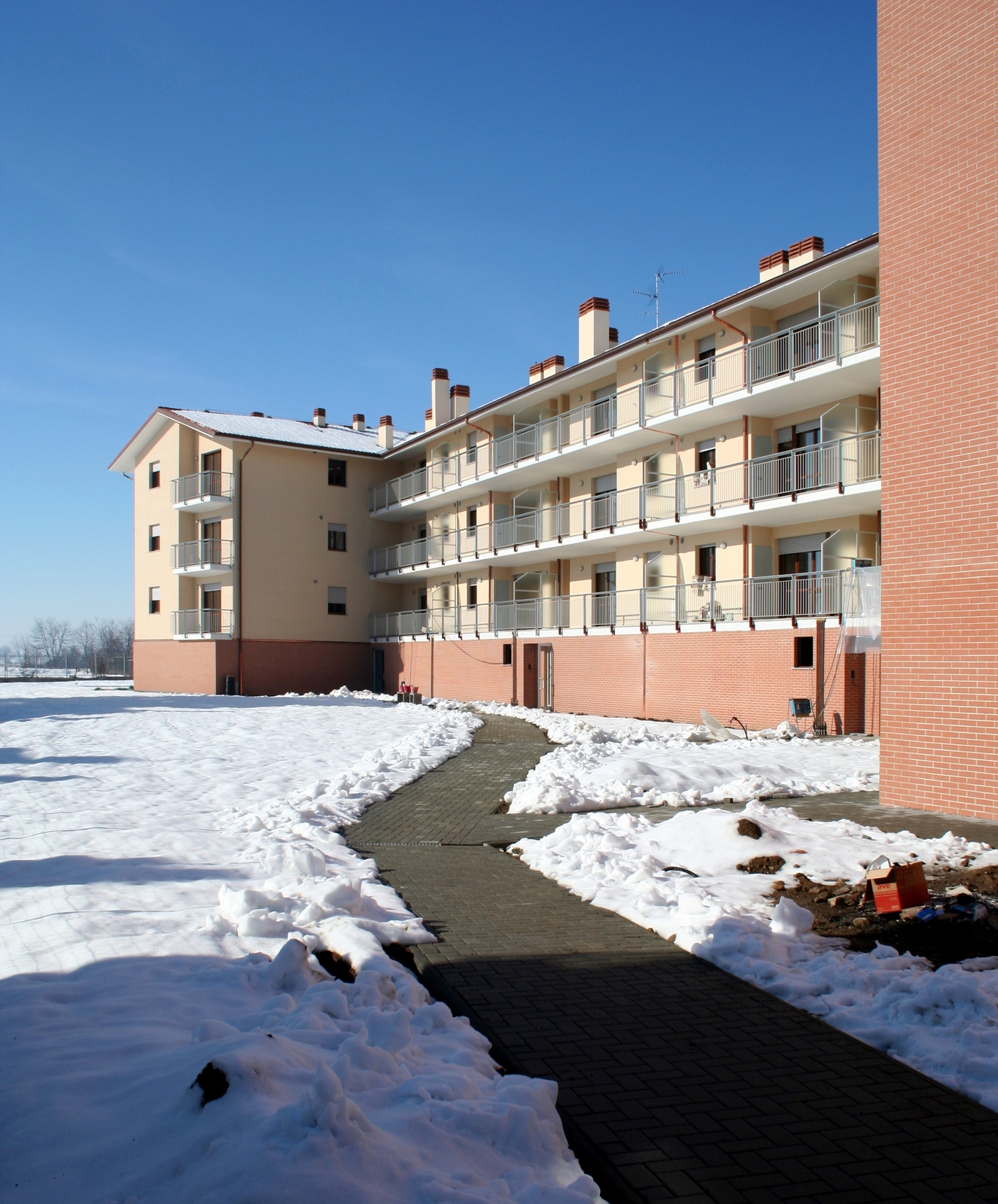 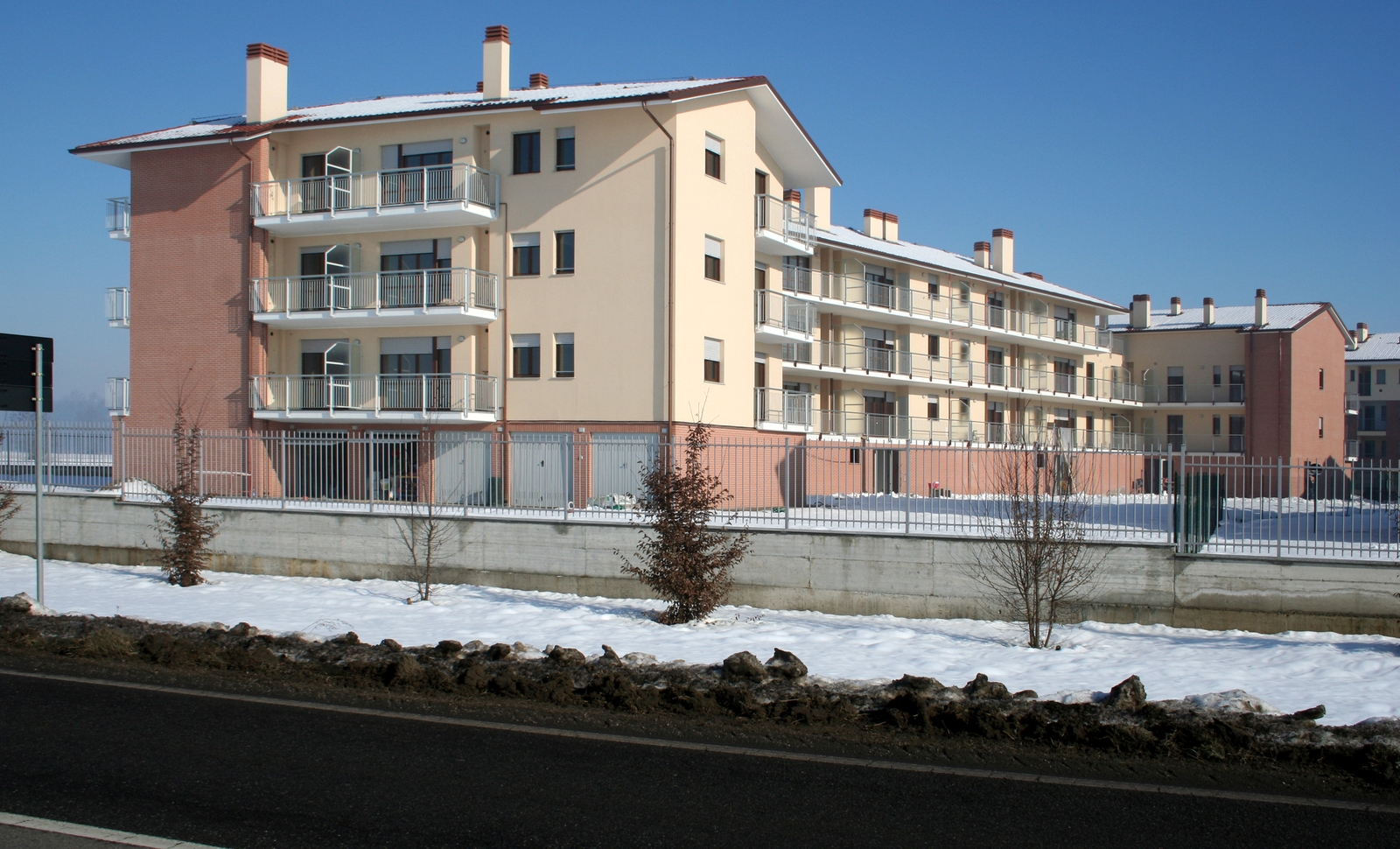 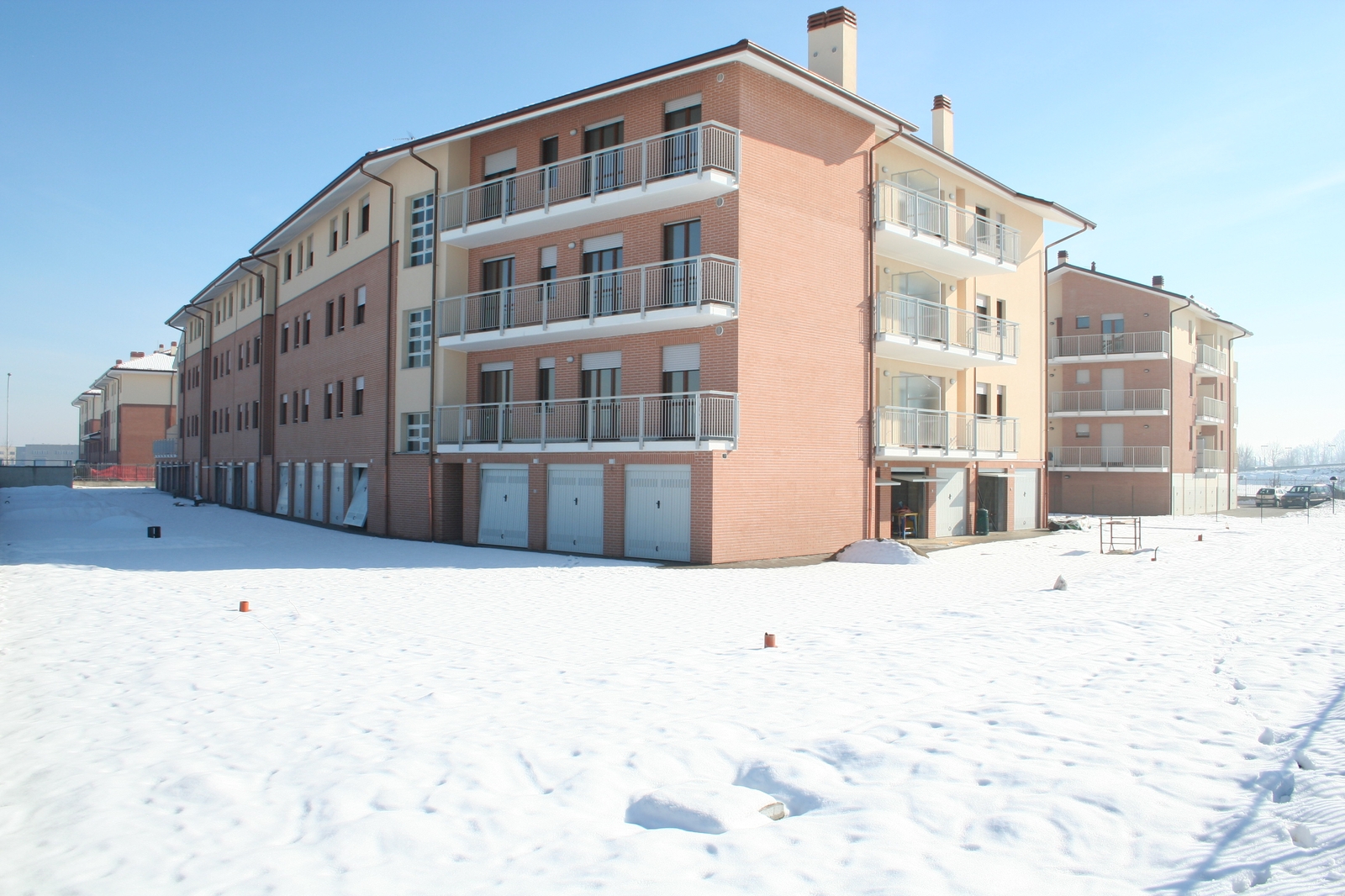 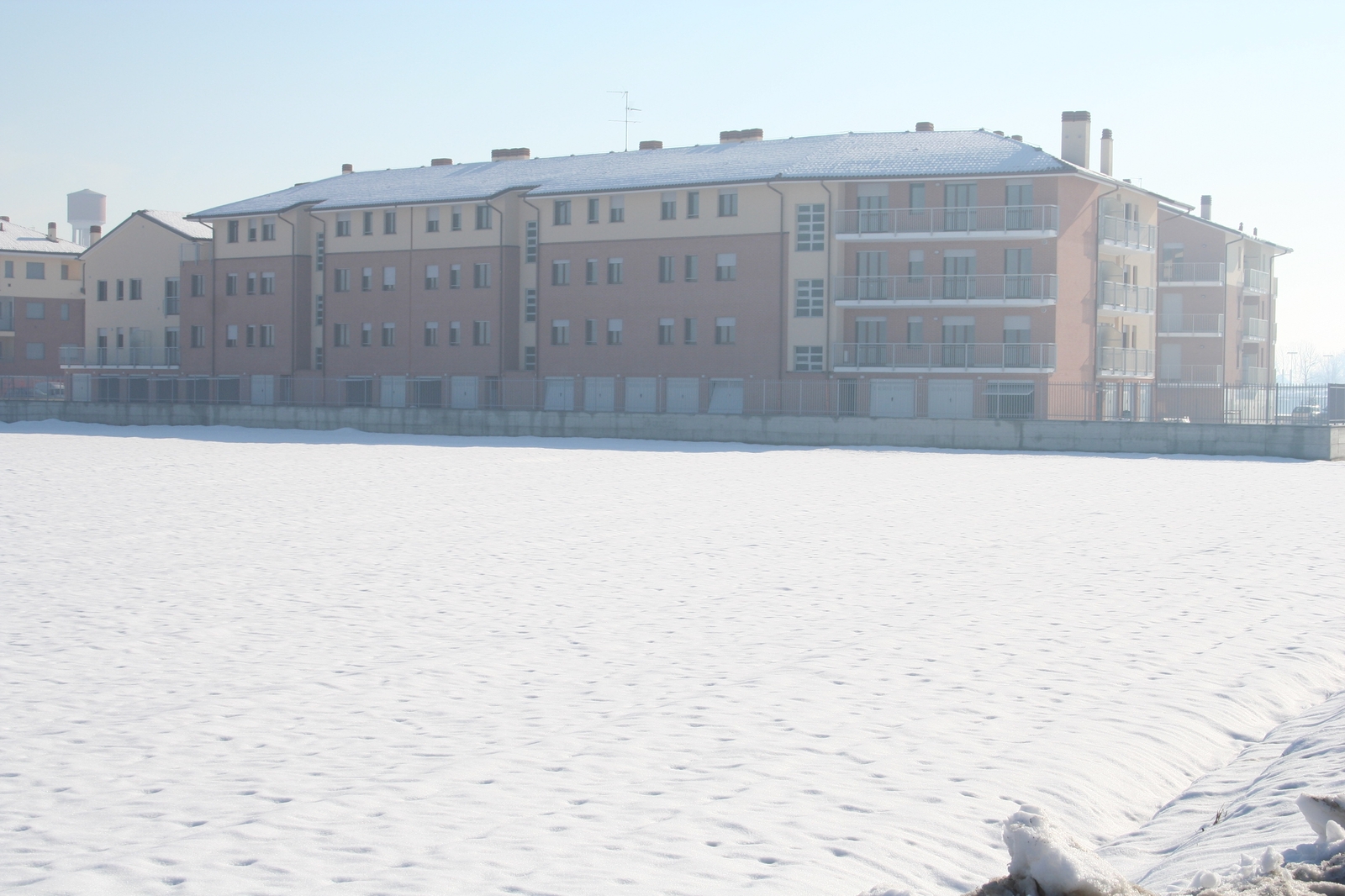 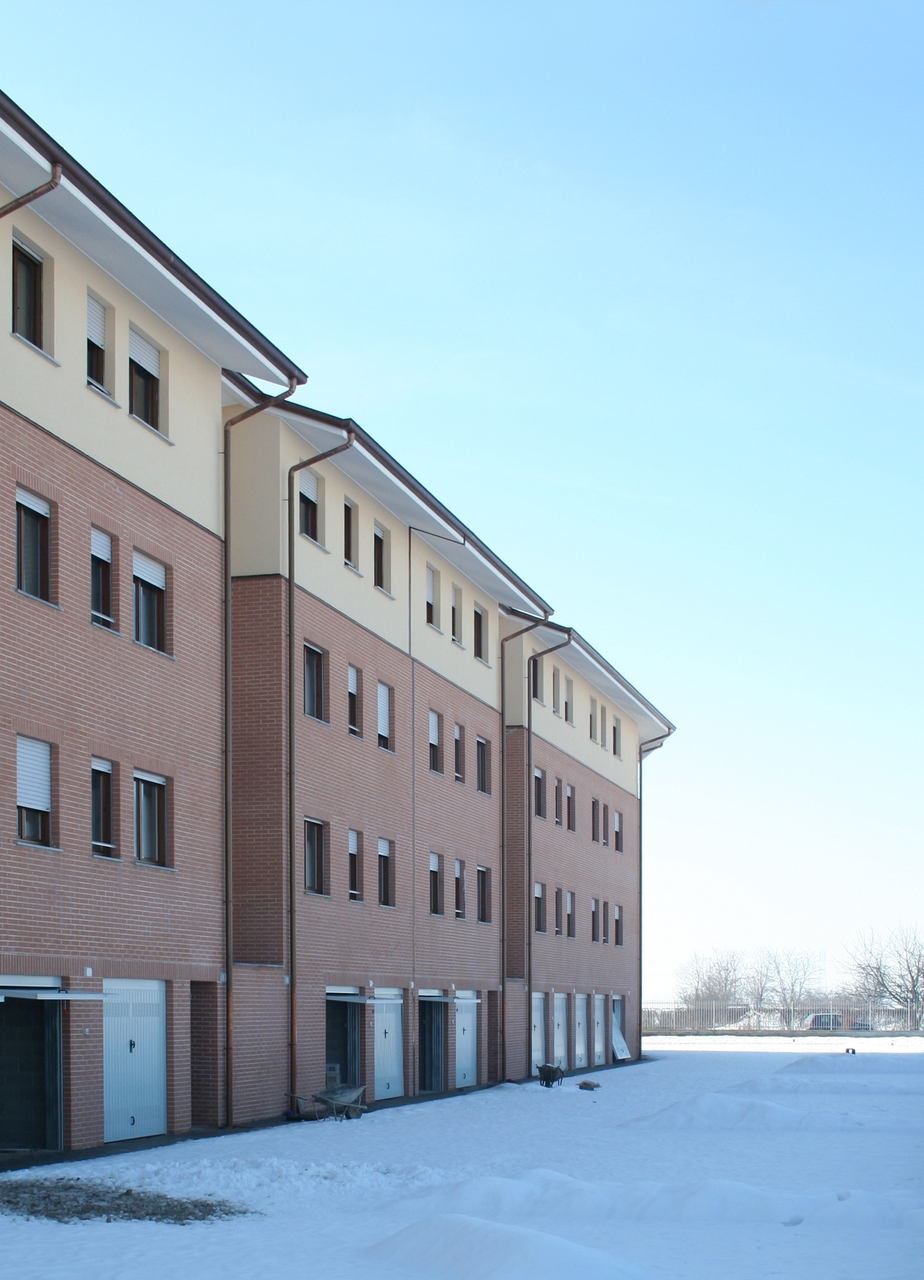 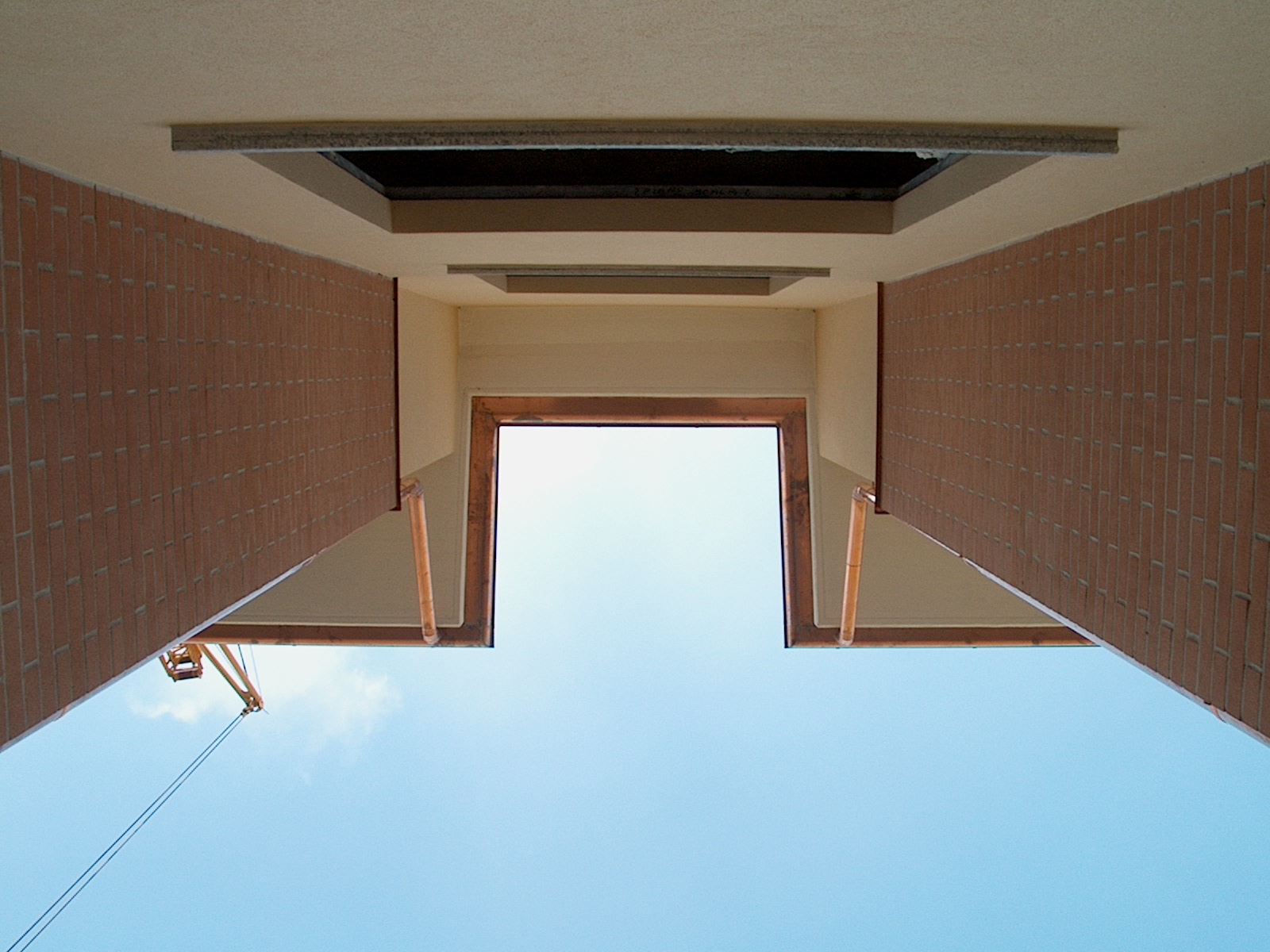 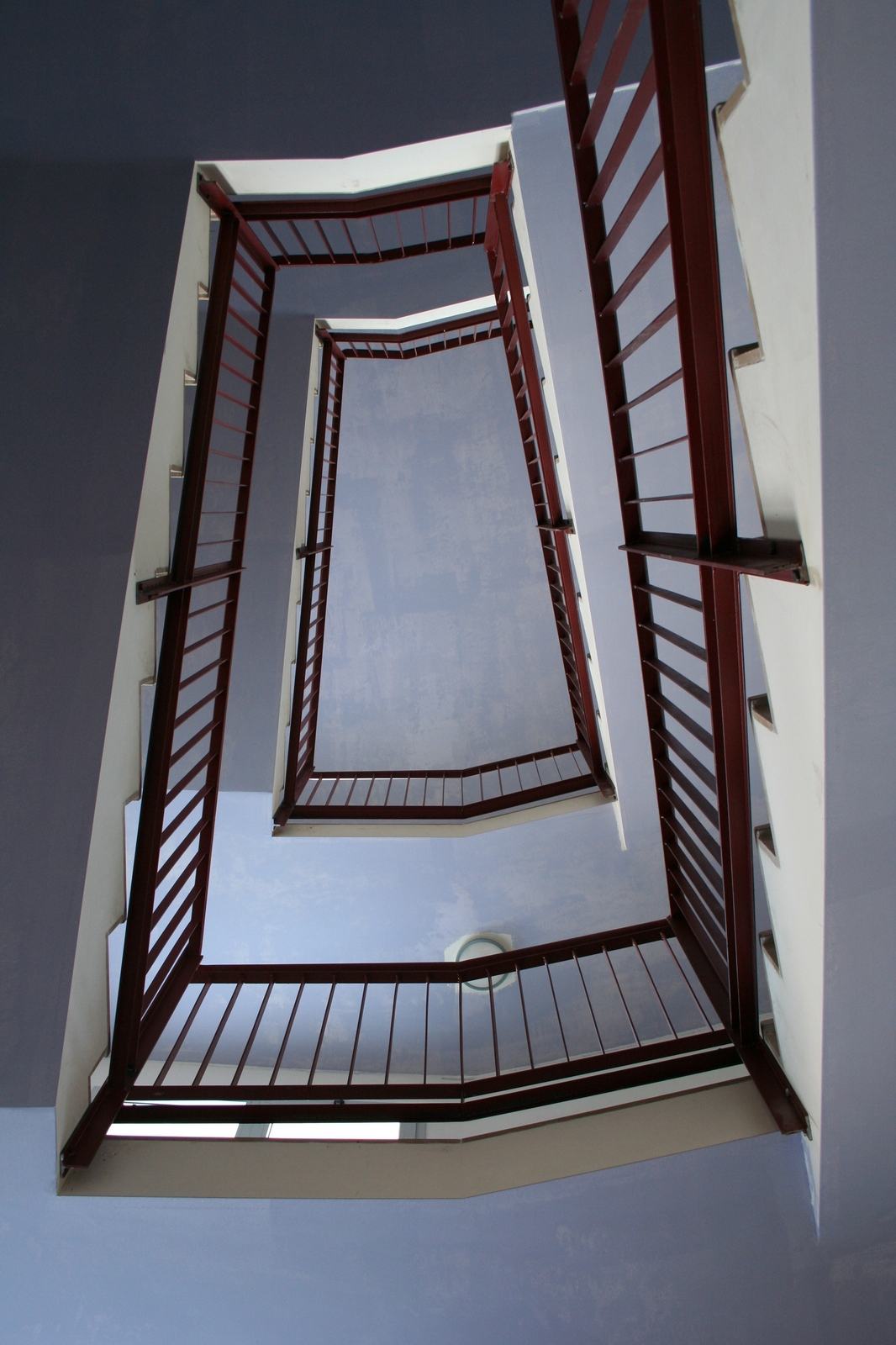 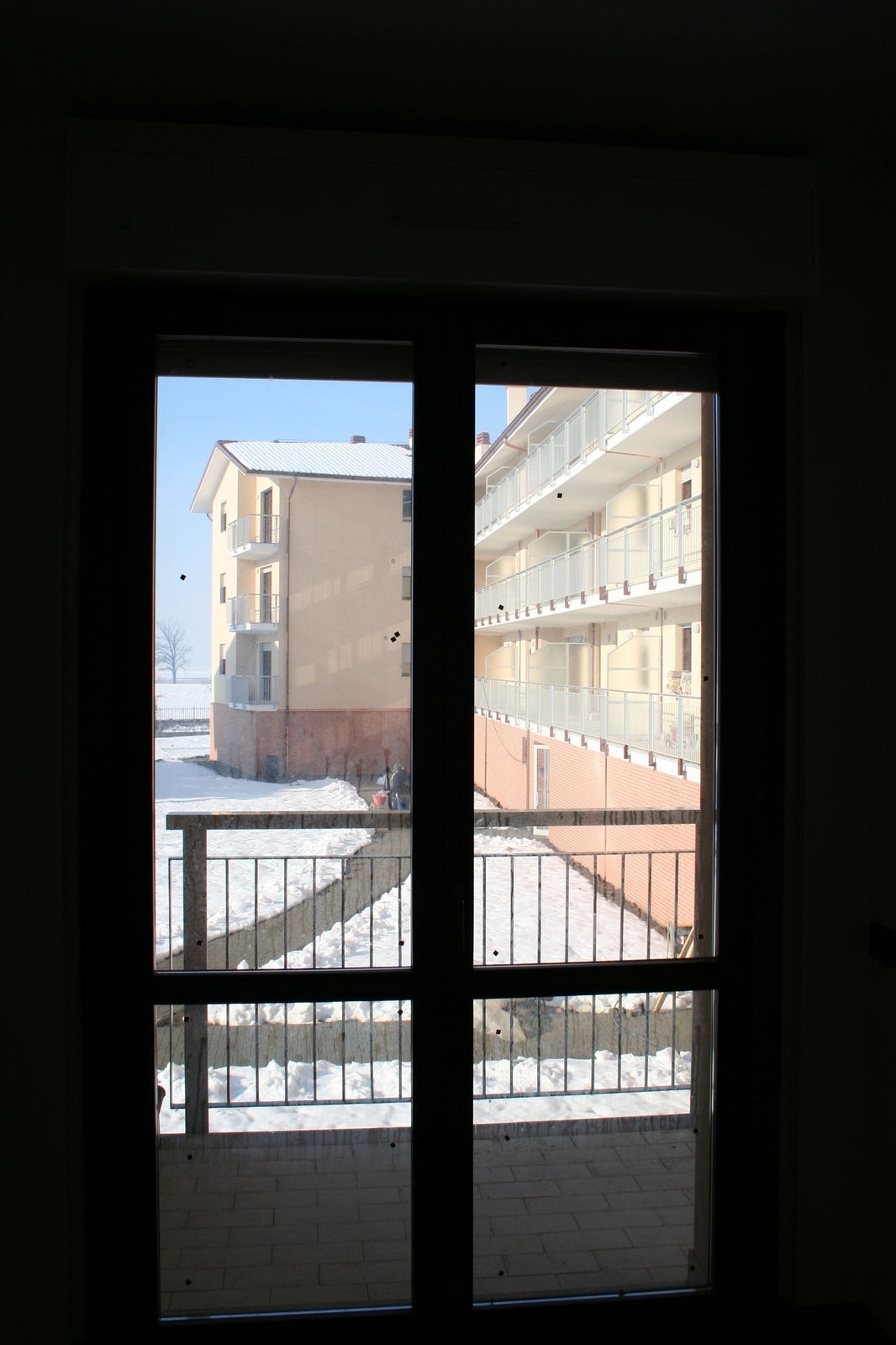 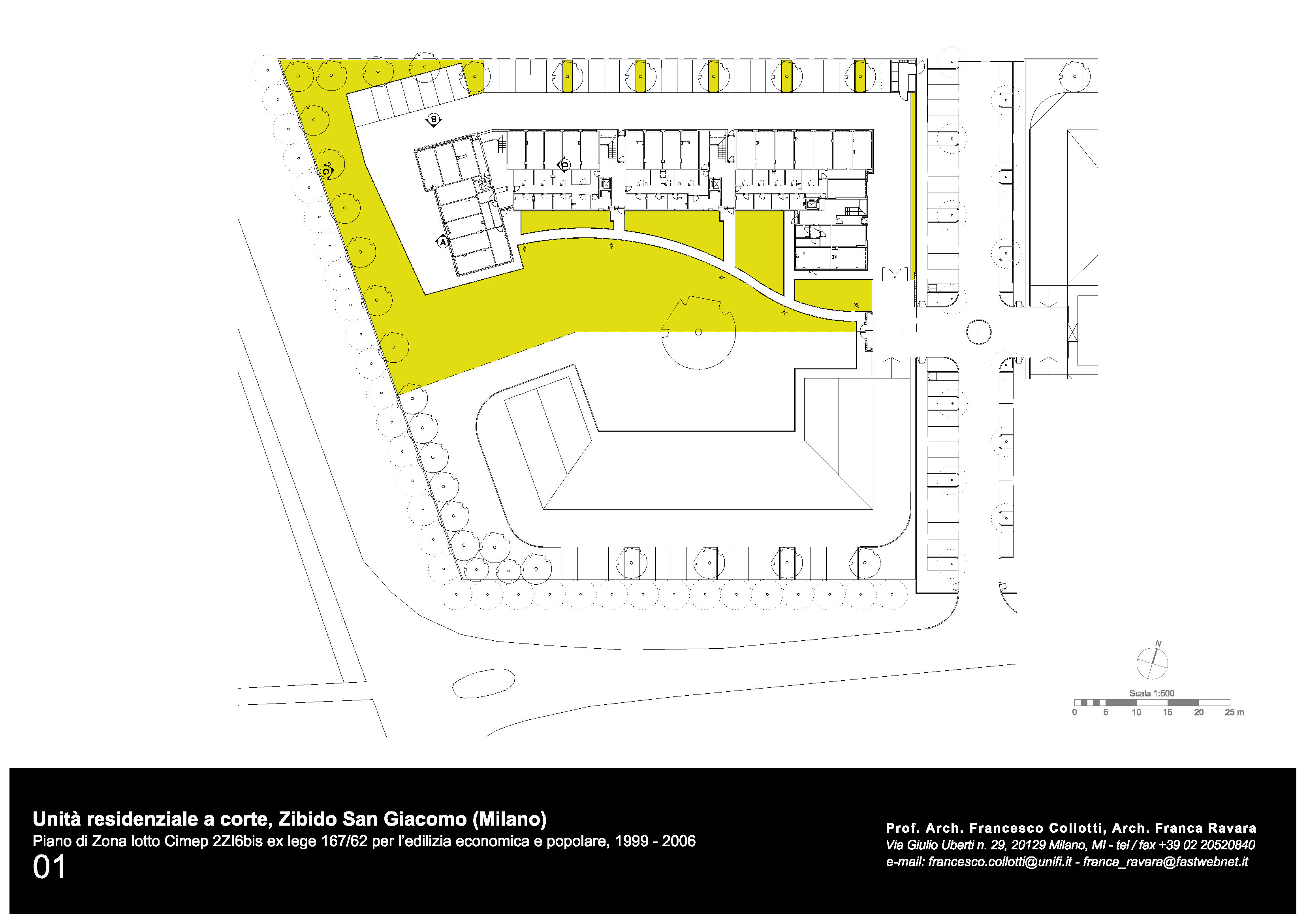 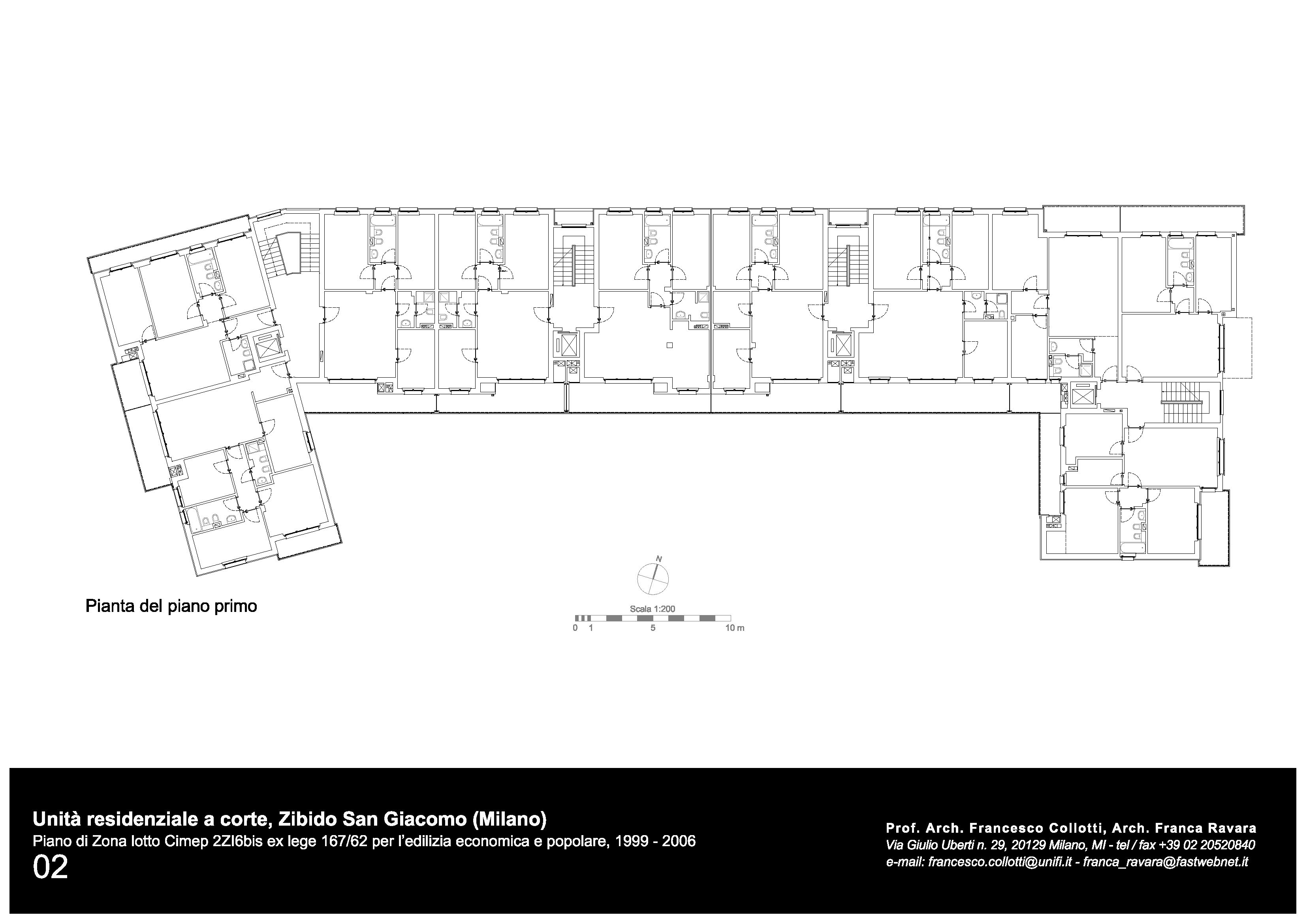 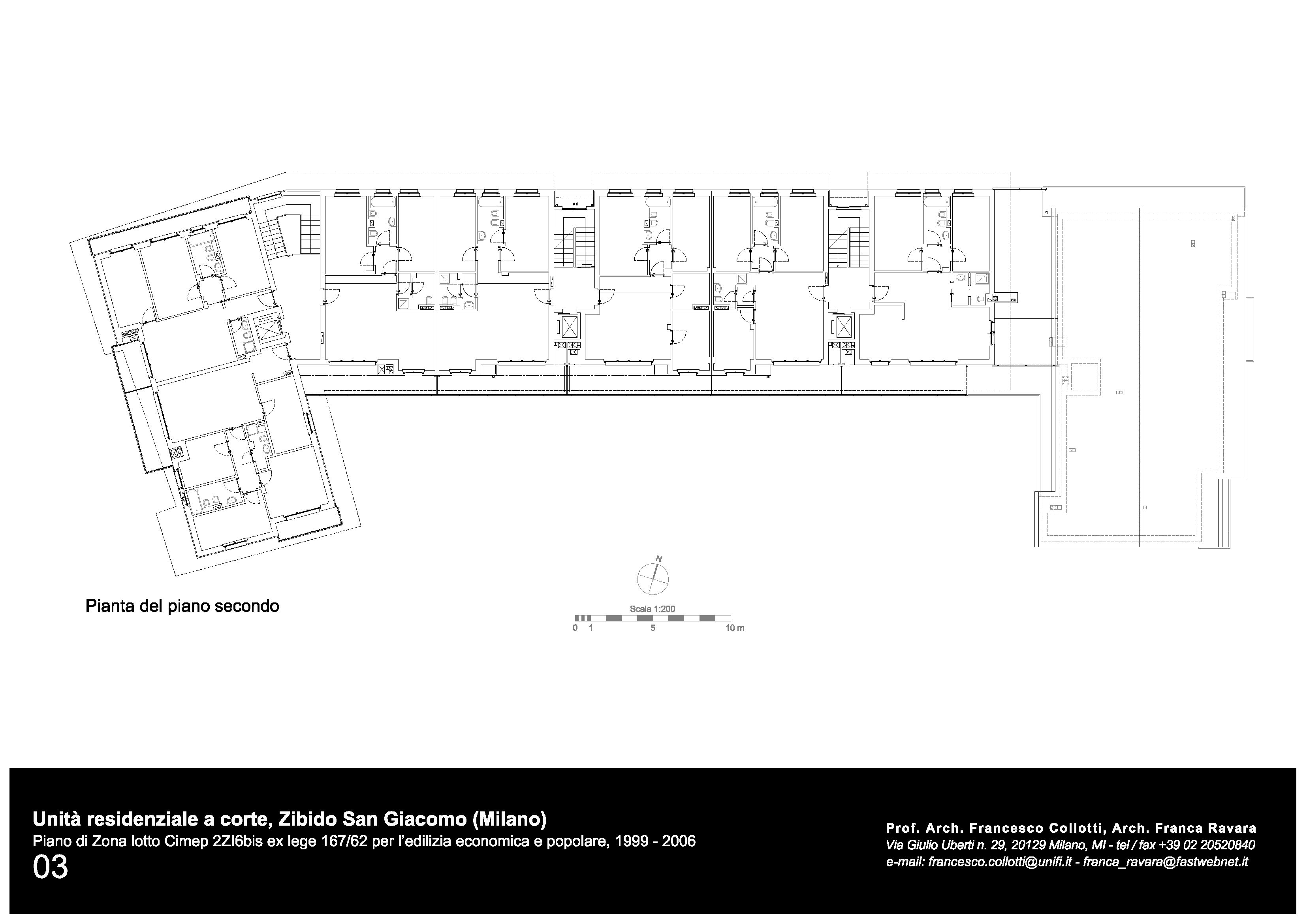 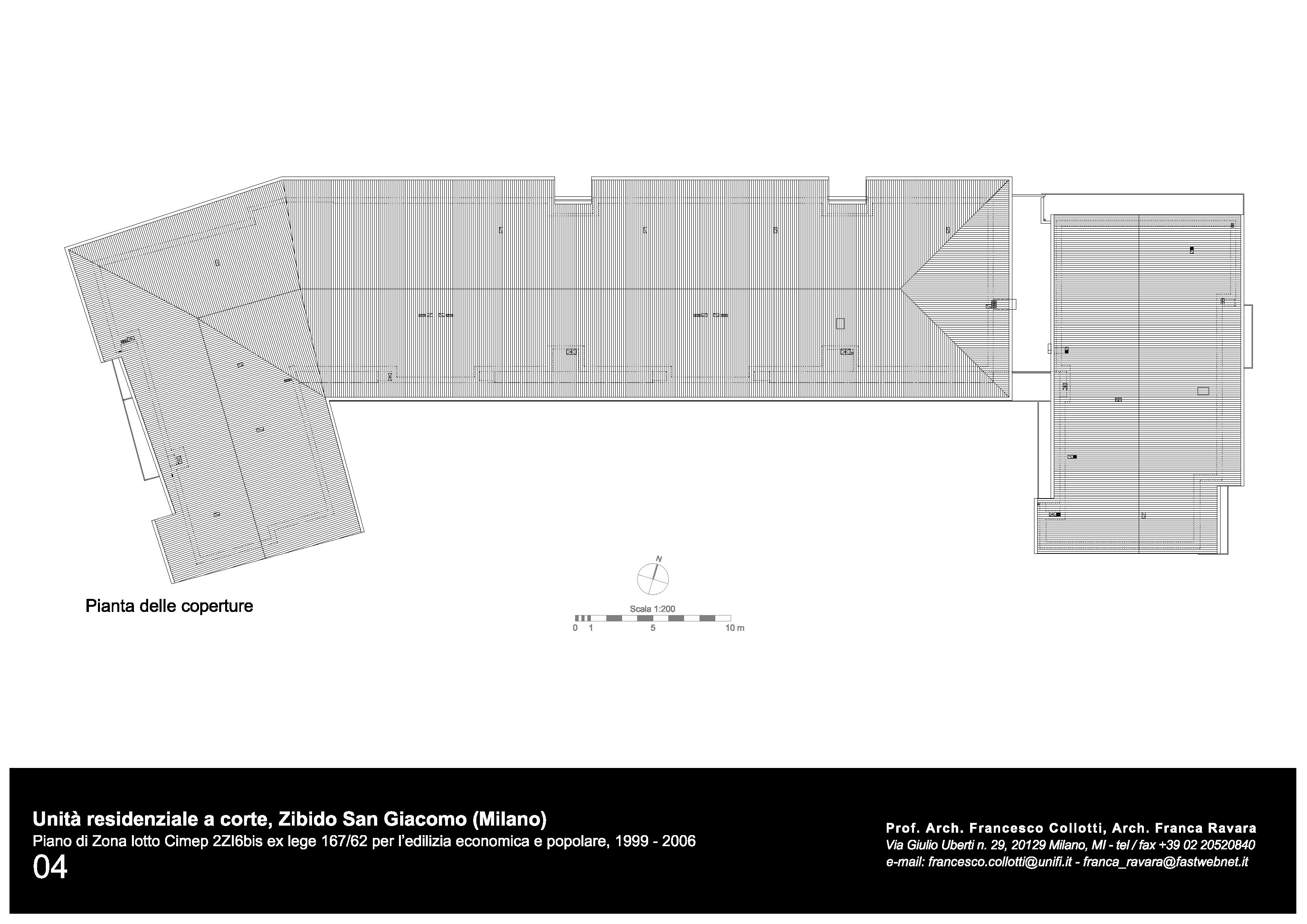 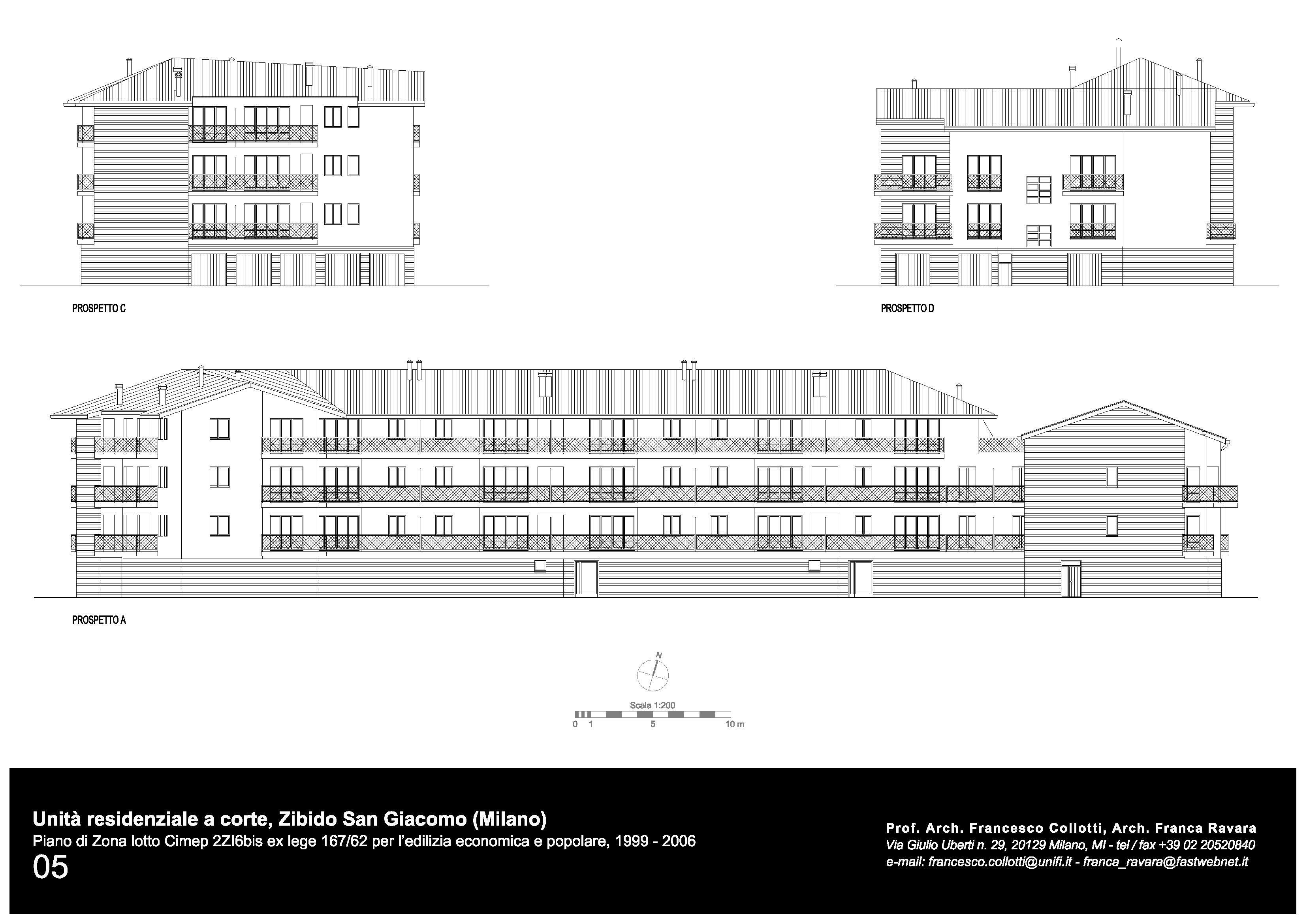 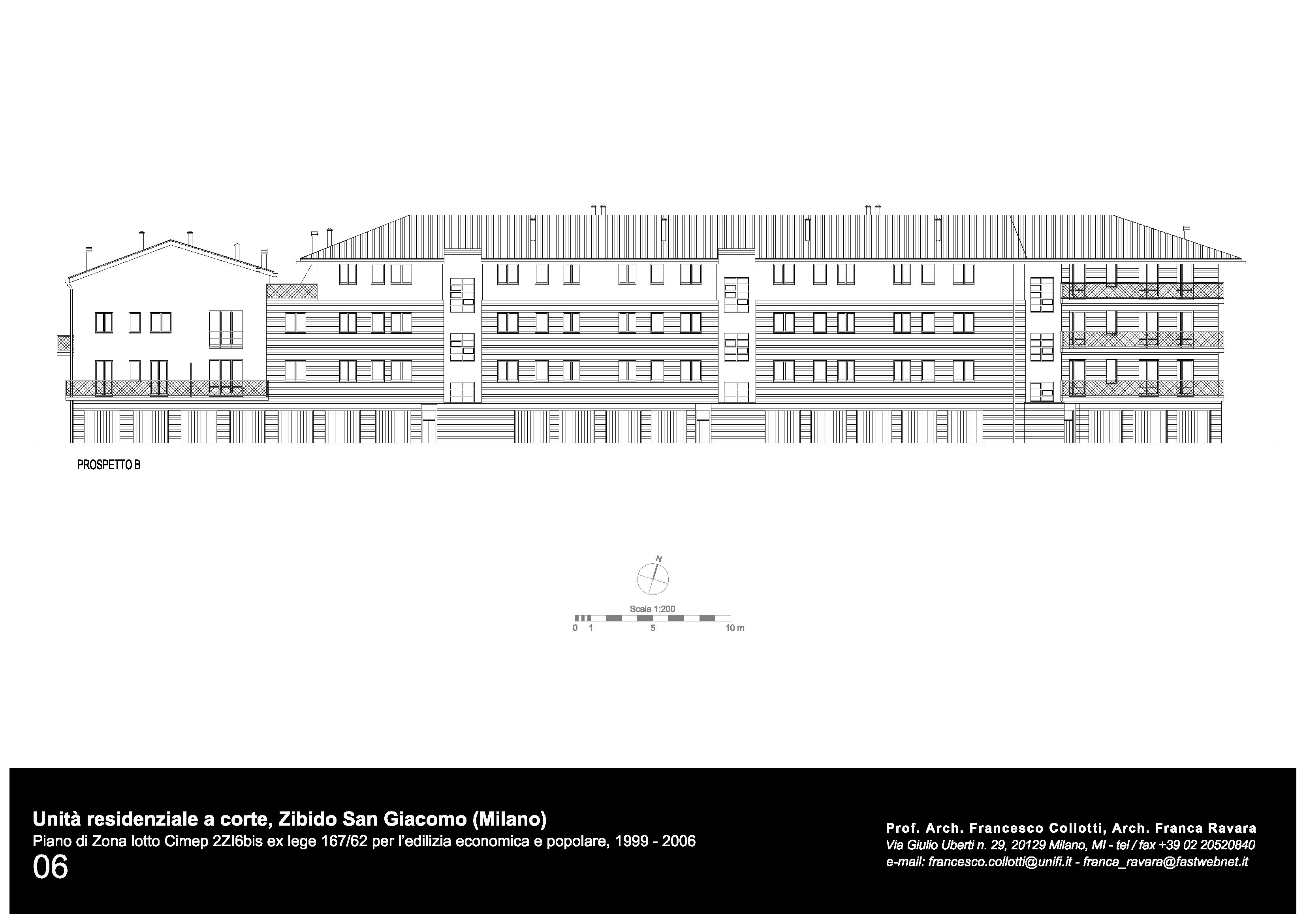 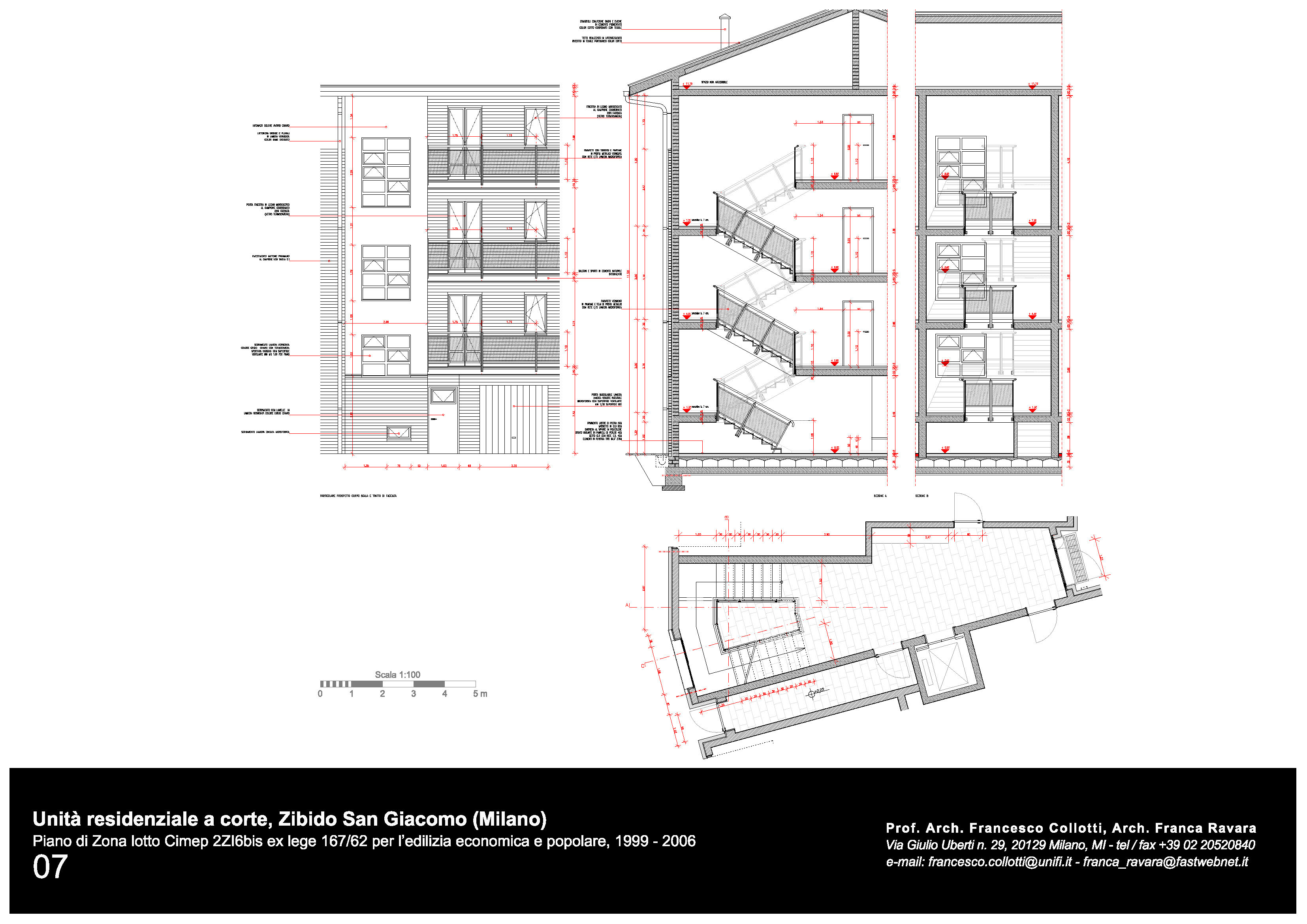 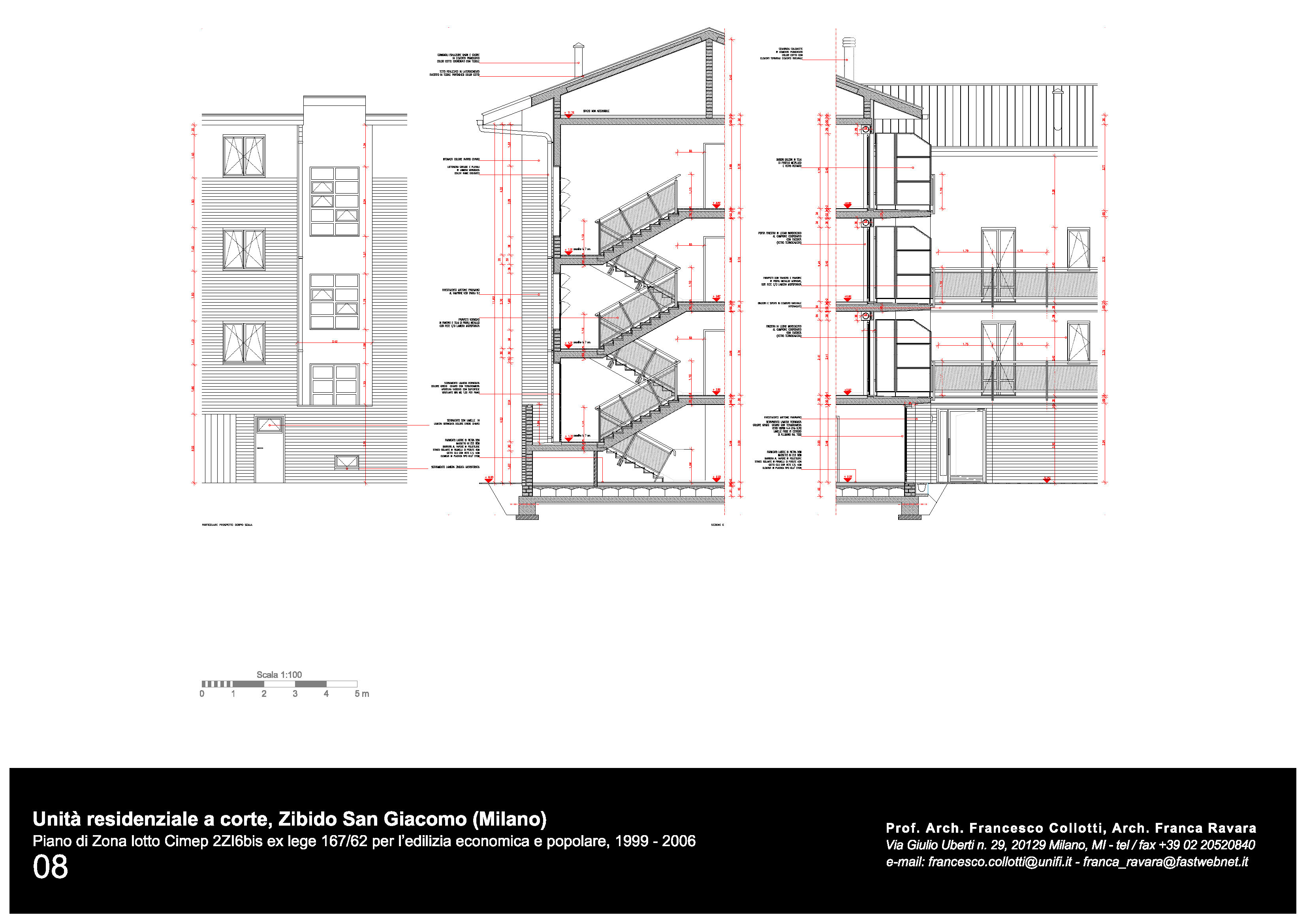 The surrounding countryside made of earth and water. Veils of fanciful fog, or encompassing heat. The big city seen in the distance and evoked by the name of the road alongside, still called Via for Milan. So simply, as if it were a road going only one way.  A city which cannot be disentangled from its land (still today, after all?).  Flat plain country where the houses should solidly take the earth and sit quietly, almost grazing. Rooted in slower times which – for example – wants a roof to feel at home.

And beside all this, for whoever in the circumstances wants the word of an architect, the occasion serves to continue reflecting on the Milanese council home, figure suspended between city and country. Originating in the great courtyard, once capable of measuring the distant plain, but also capable of forming a city building it for clear, defined, precise repeatable types.

An idea of a home which was also an idea of living before the two terms were artificially separated: an antique solidarity of access balconies unaware of the bourgeois notion of a landing.  Decorum. A thing well done (as it says here), but without showing off more than is necessary. A foundation of continual visible bricks holds  the house together which, as it rises, is only plastered here and there, especially in the courtyard which would like to be an interior. In its way, a theatre from where to watch the children at play.