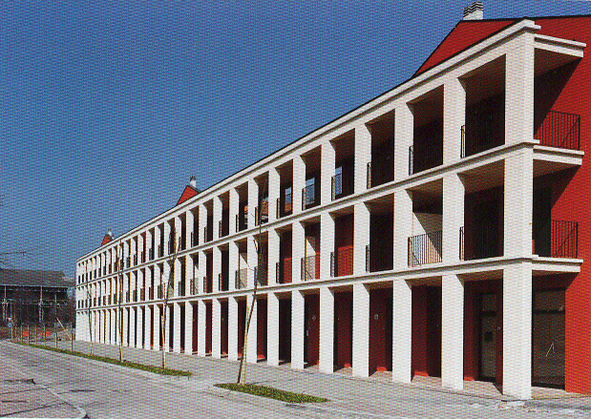 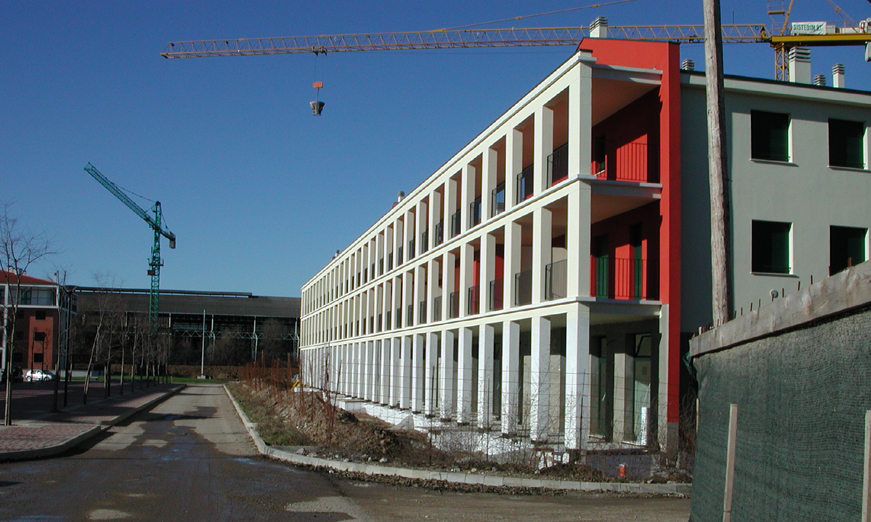 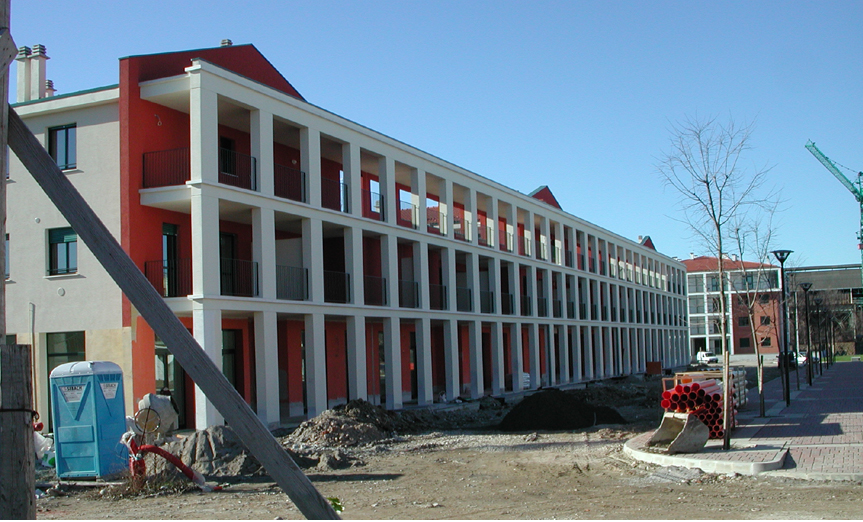 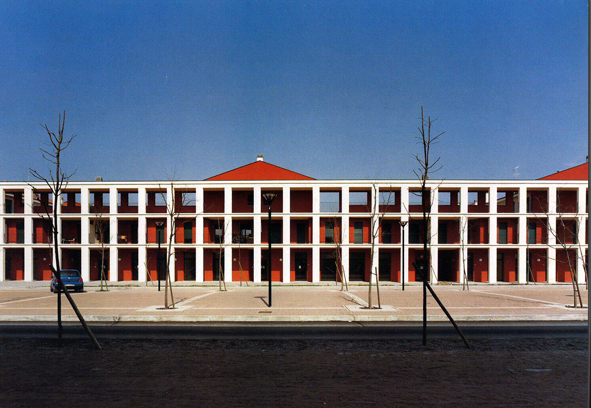 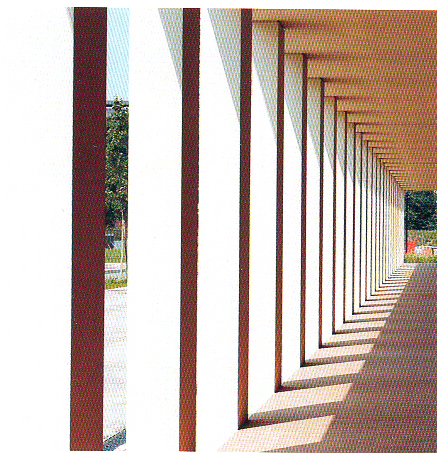 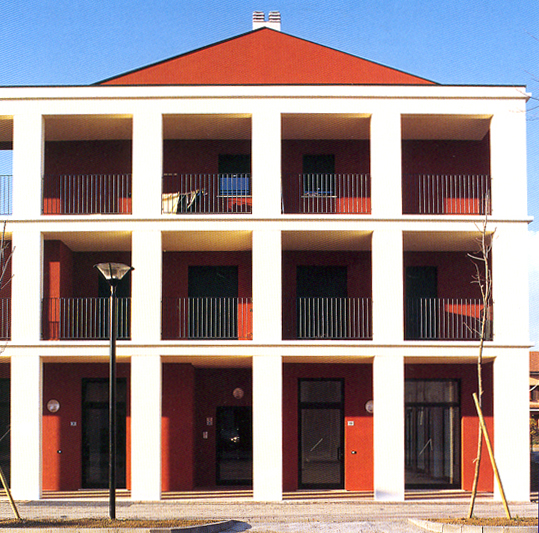 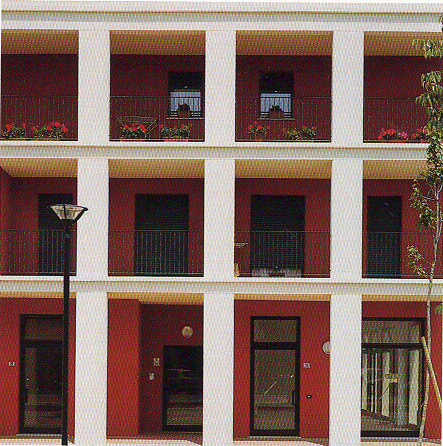 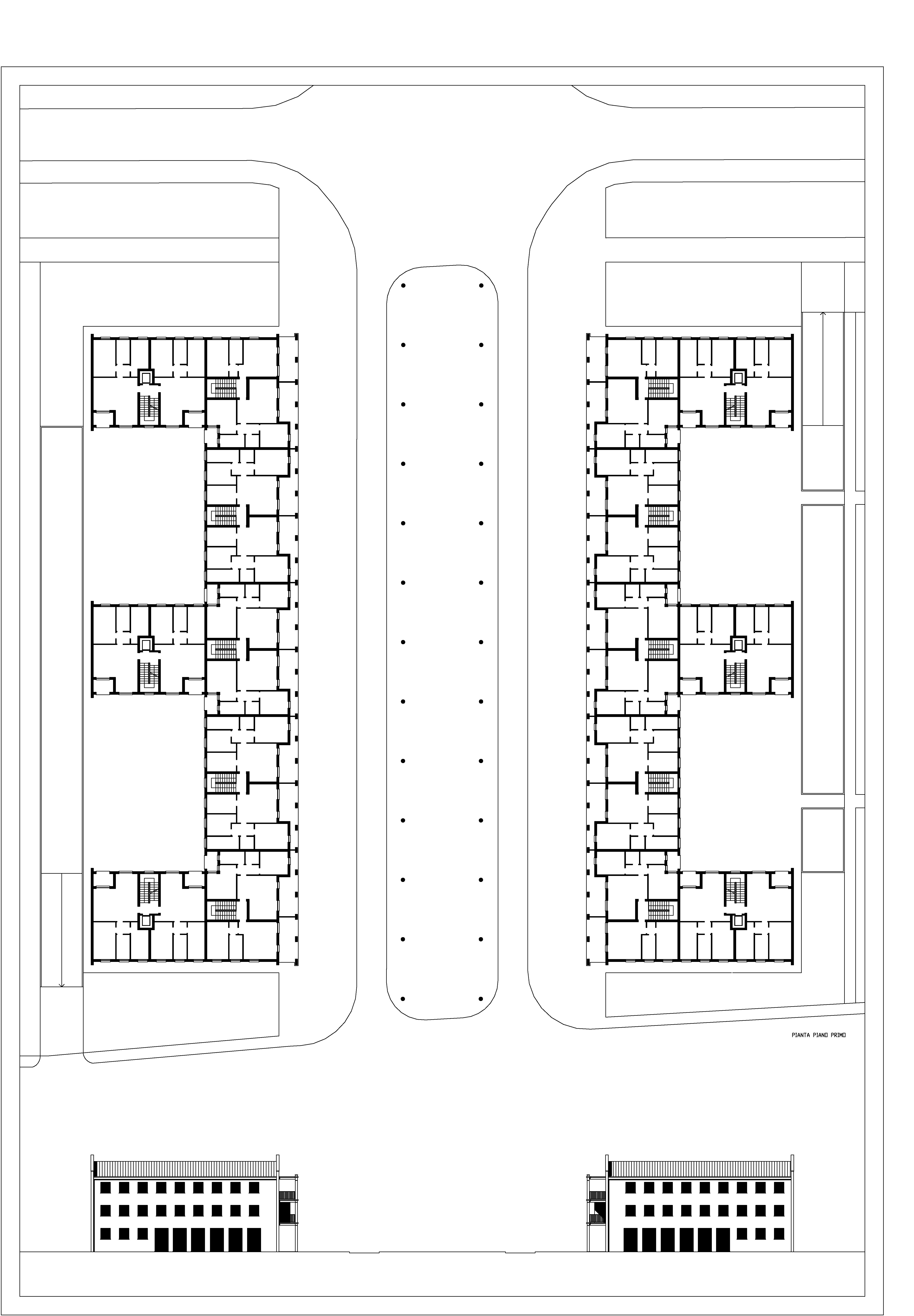 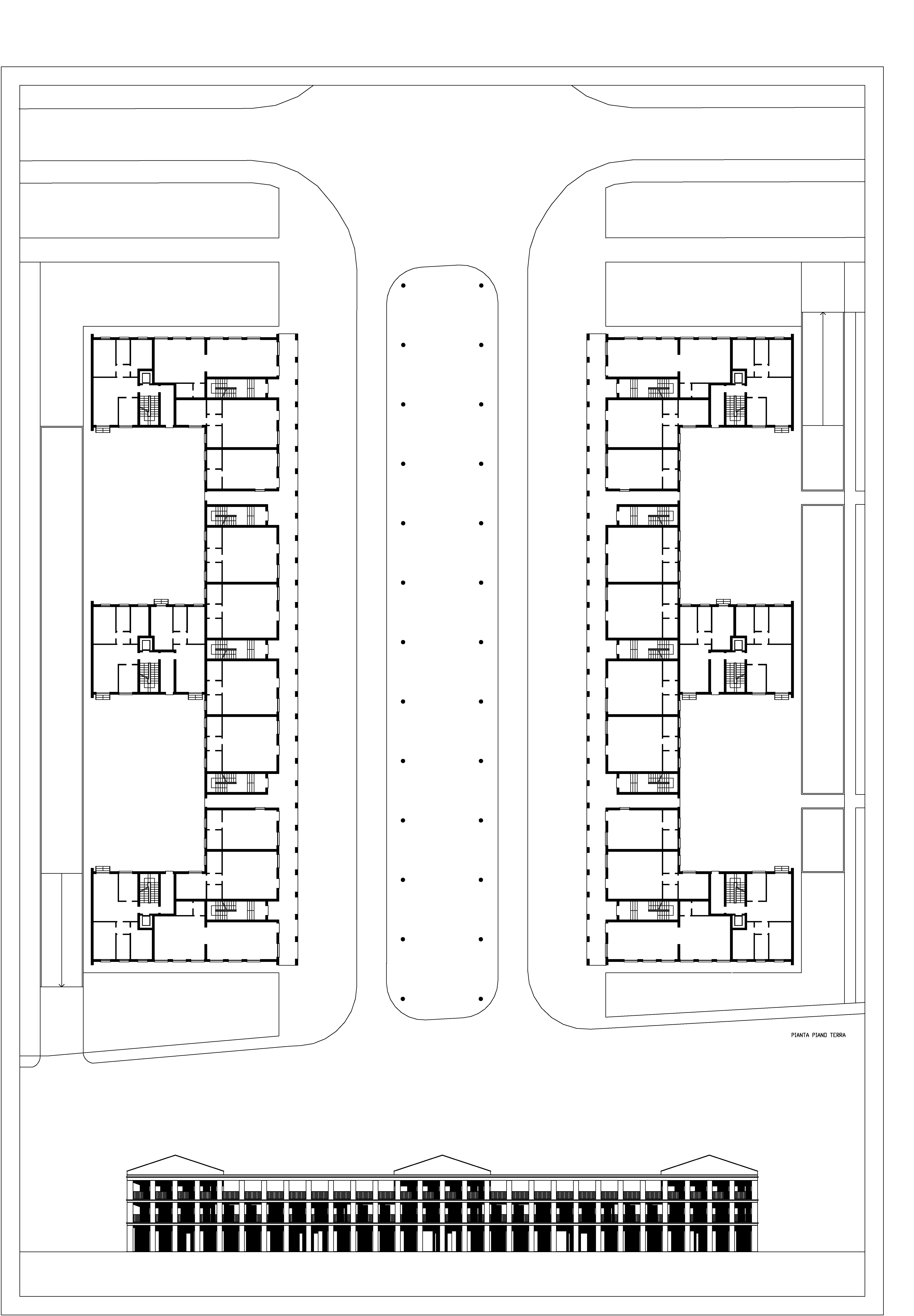 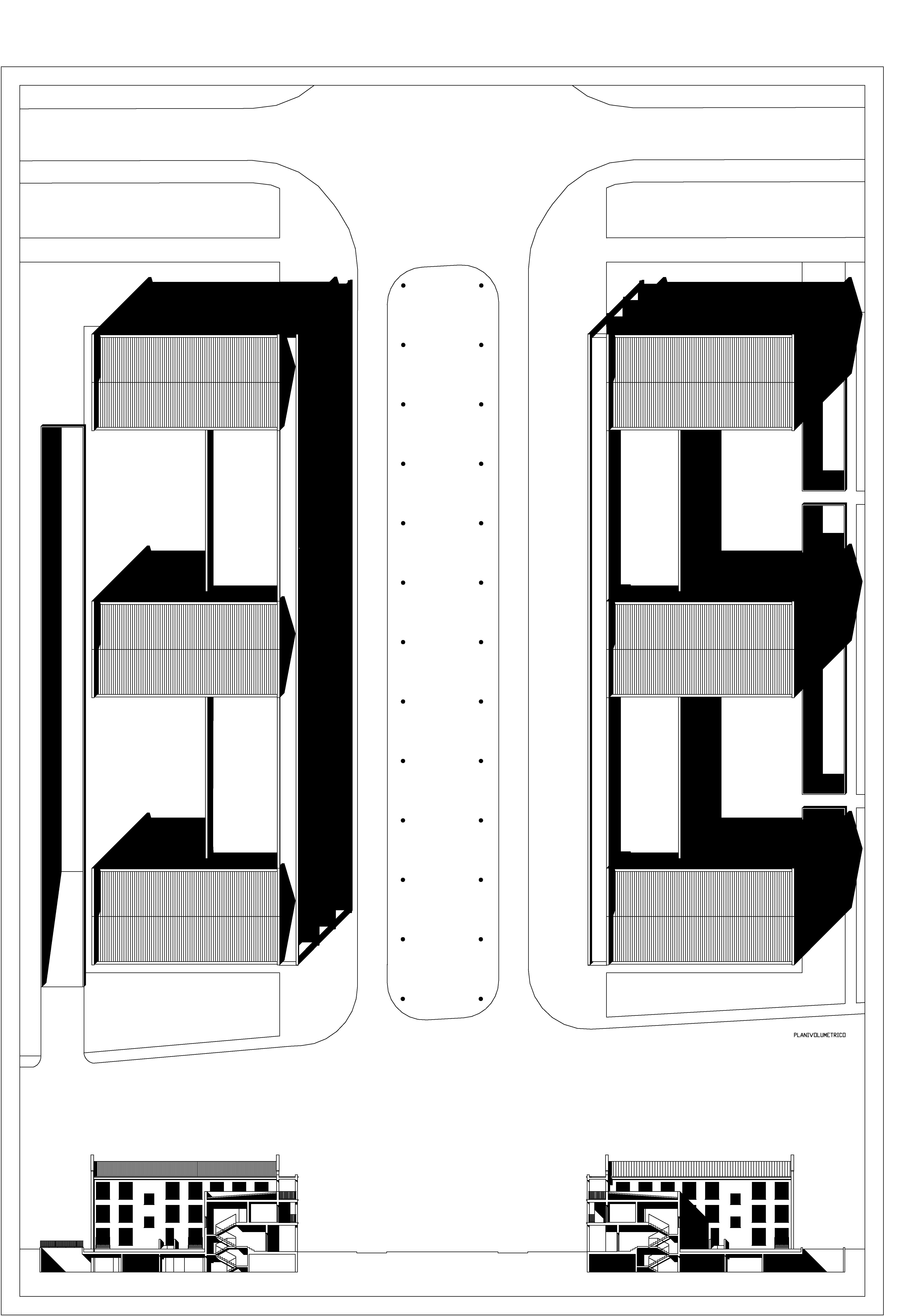 In 1997 Luciano Lussignoli drew up the new Town Planning Scheme for San Zeno Naviglio. The plan was approved in 1999 and, in the same year, the local Administration started up the Detailed Plan (Strategic Intervention Division) no. 1.   The aim of the plan was to define a housing structure provided with its own identity, capable of reorganizing the fabric of the city not only from a functional point of view. Fundamental element of the project was the construction of a long, tree-lined “linear square” surrounded by buildings with various destinations.

Aim of the project for lots 9 and 11 is to build the façades of this new public area starting from the use of an element present in many squares in Lombardy: a porticoed walkway which, in this case, on the ground floor leads to the shops and on the higher floors, being transformed into a loggia, forms the private façade of the apartments on the city.

From the typology point of view, the project is composed of two buildings in line, parallel to the development of the square, where three further blocks are arranged perpendicularly to define two courtyards at the back.

The desire to re-interpret some typologies present in the countryside around Brescia (the farmsteads) determined the character of the portico which is built by means of rectangular pillars whose width is twice the depth. In this way, the pillar, being transformed into part of the wall, loses some its “monumentality”. The same structure, on the higher floors, forms the succession of loggias belonging to the residences.

The structural elements of the loggias, the separating walls and the horizontal slabs have been painted white while for the wall, delimiting inside from outside, the colour red was chosen, similar to brick red. The wooden frames and iron balustrade are dark green.

The perpendicular parts have also been painted white like the portico, except for the three blind ends which are red indicating, also in this case, the limit between inside and outside.