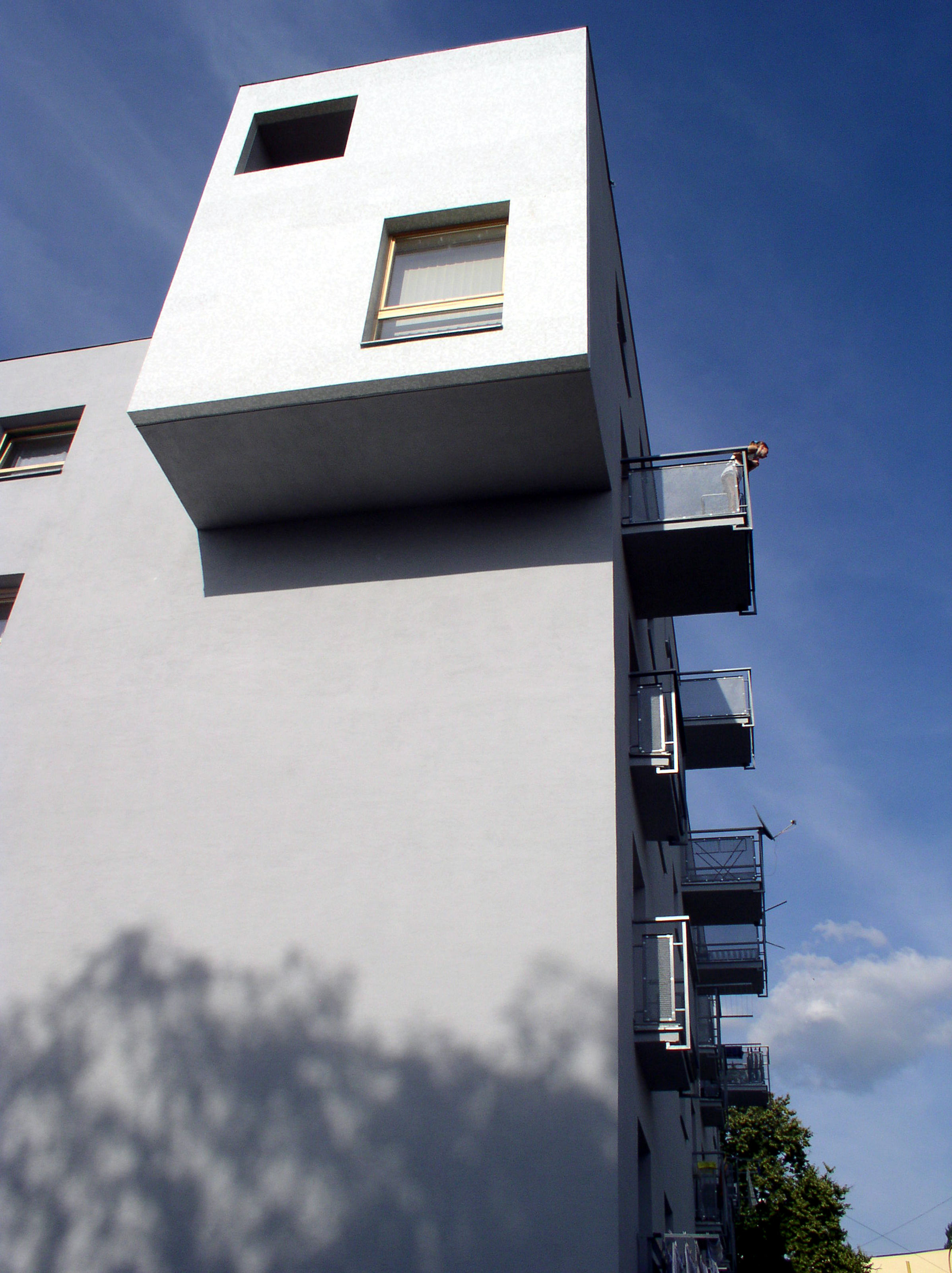 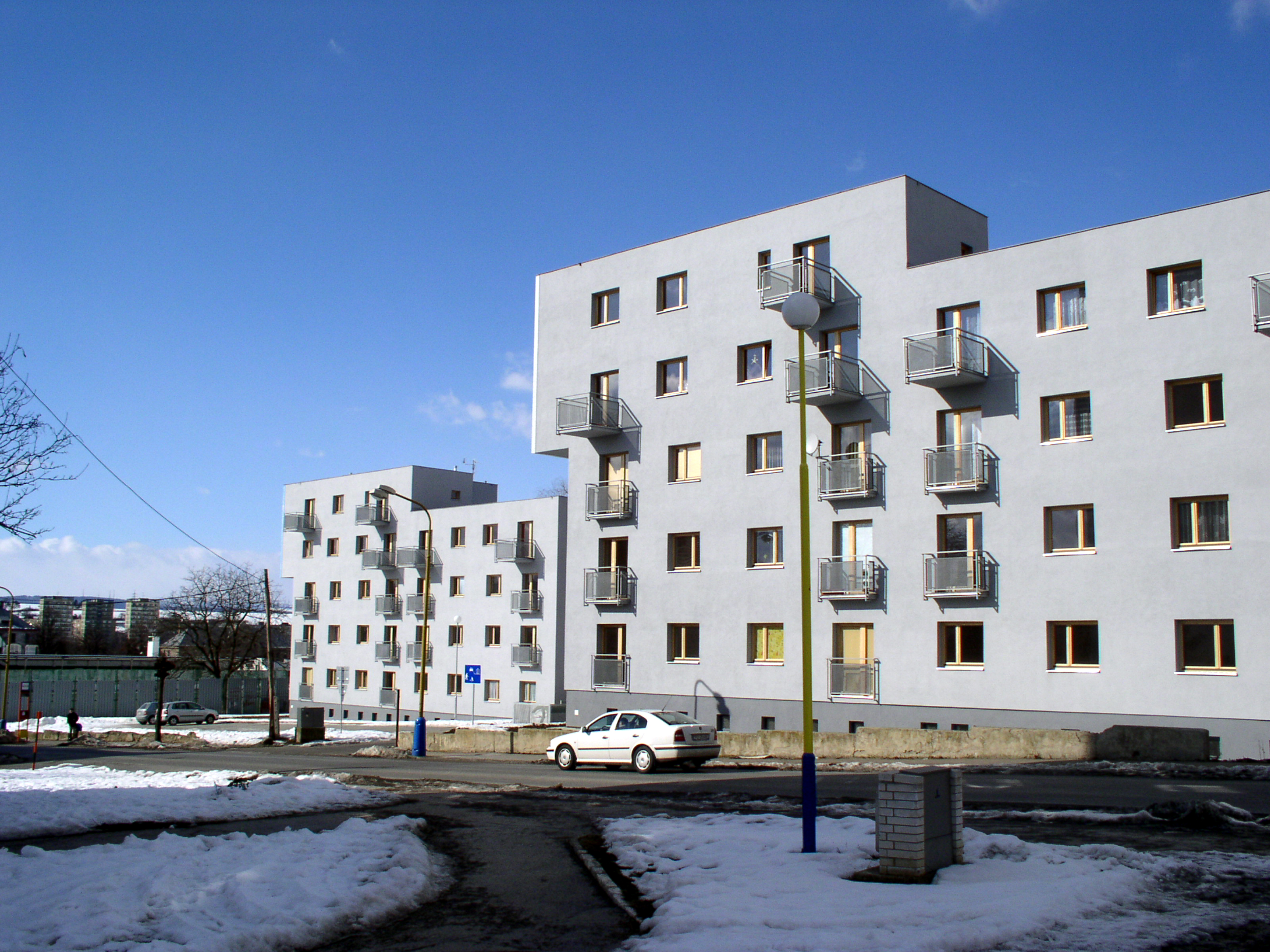 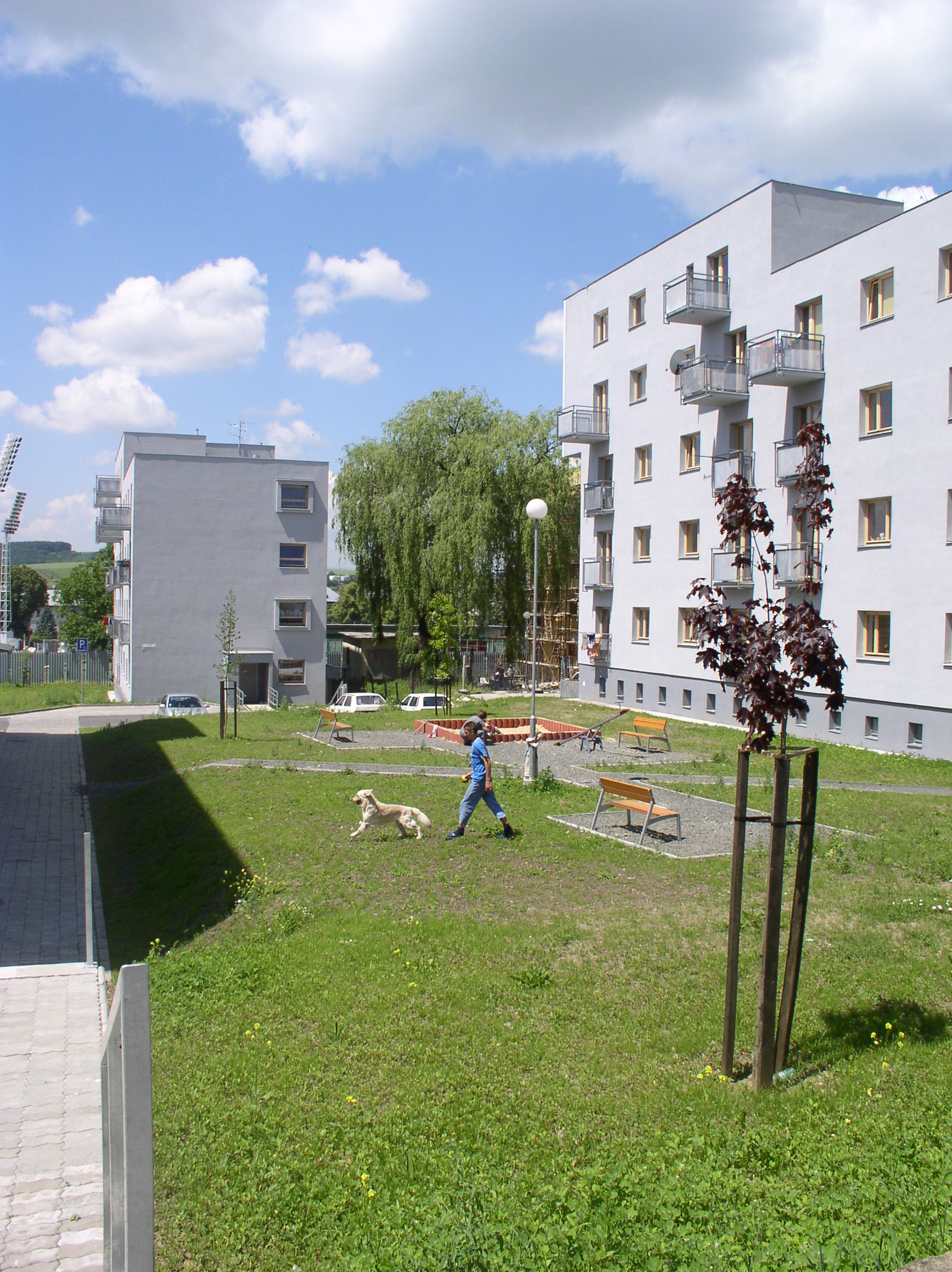 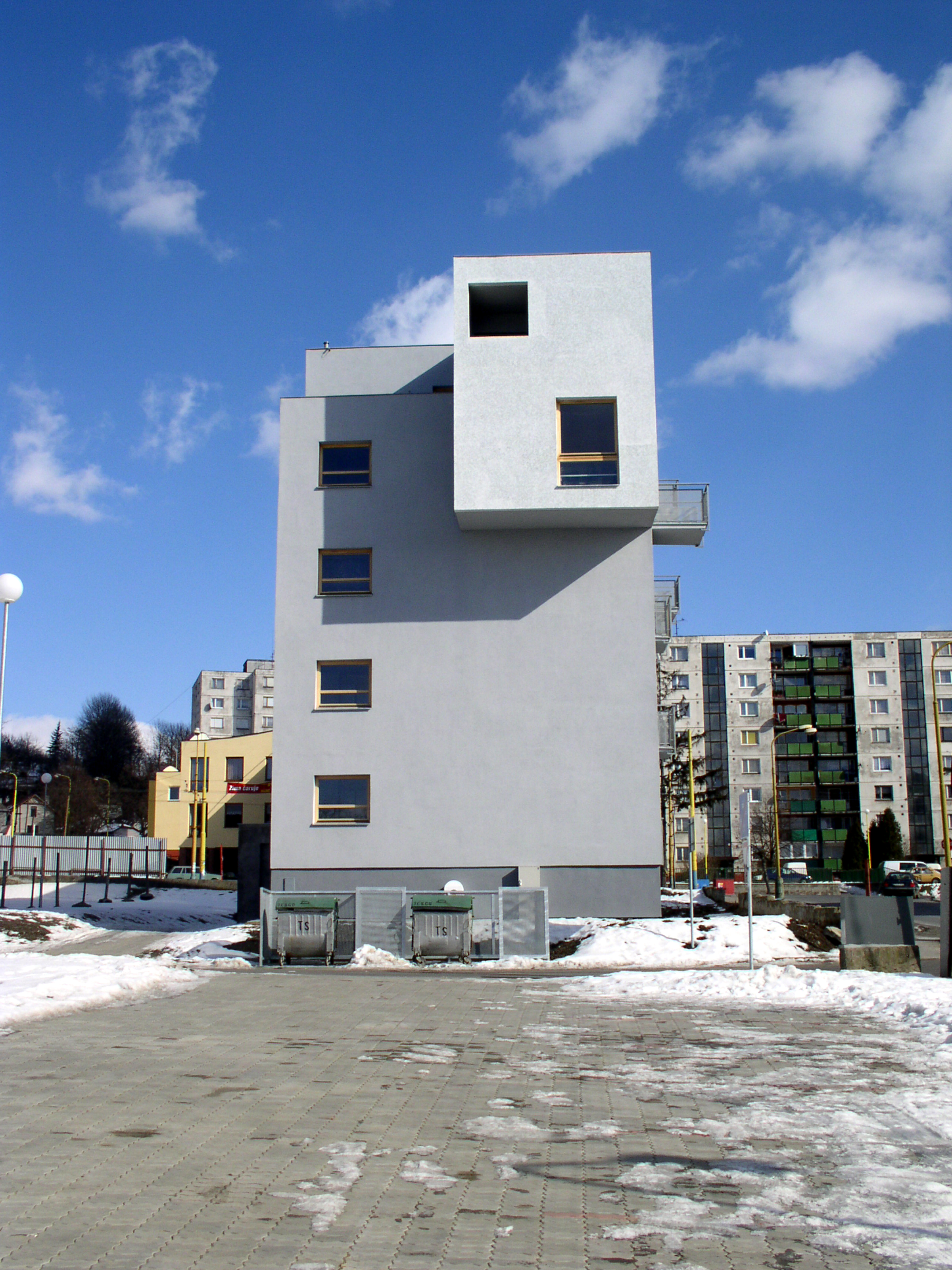 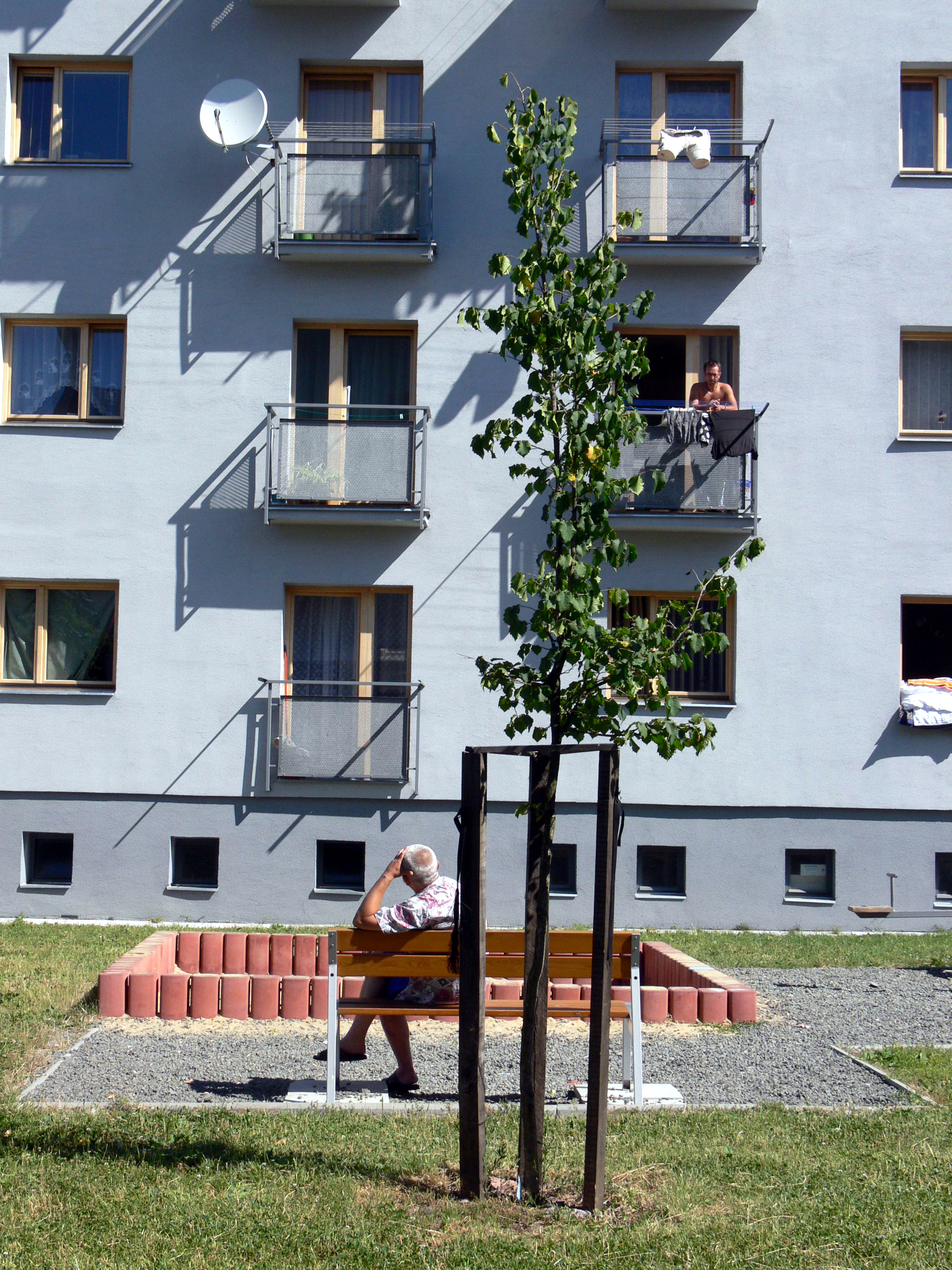 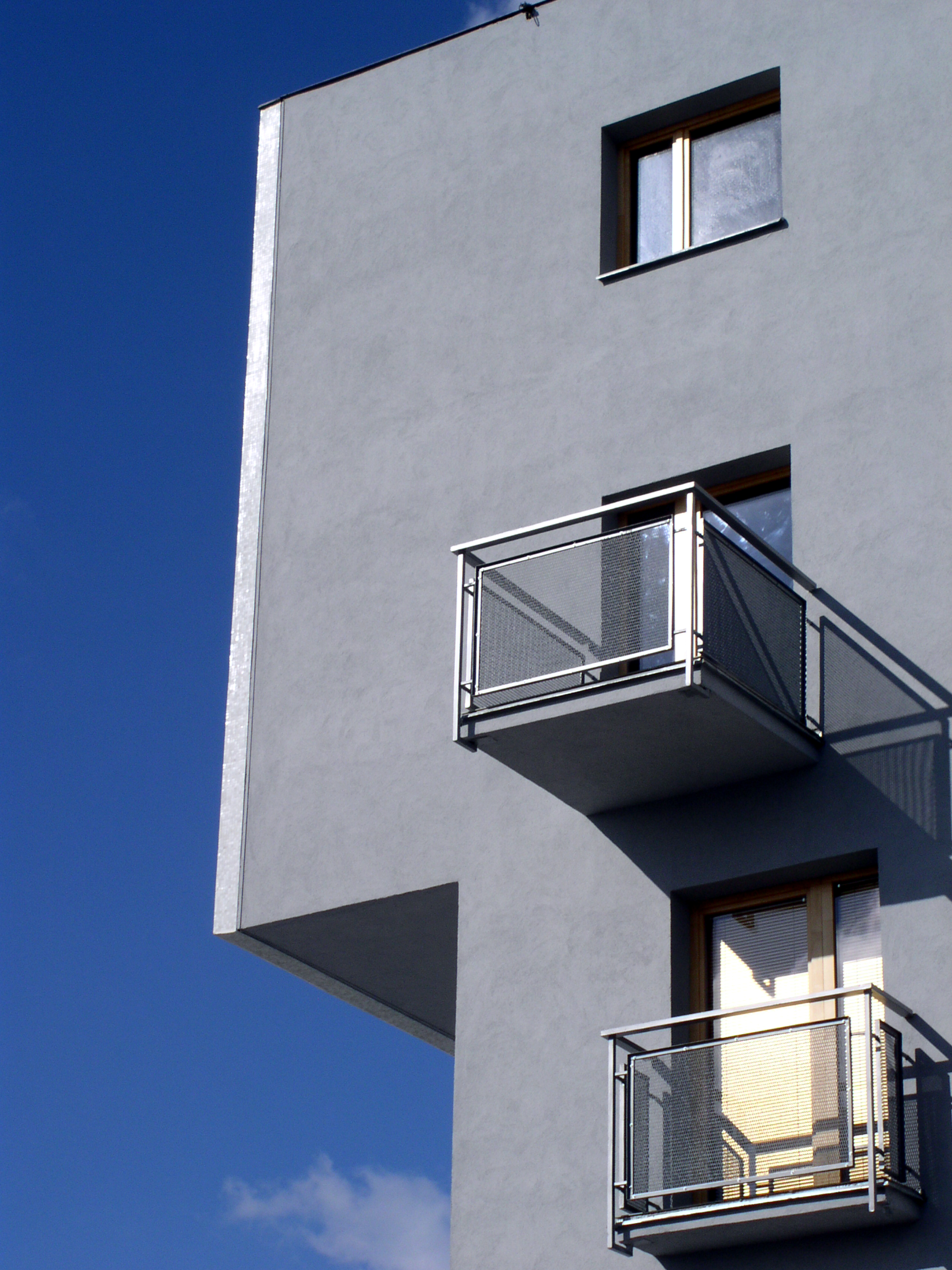 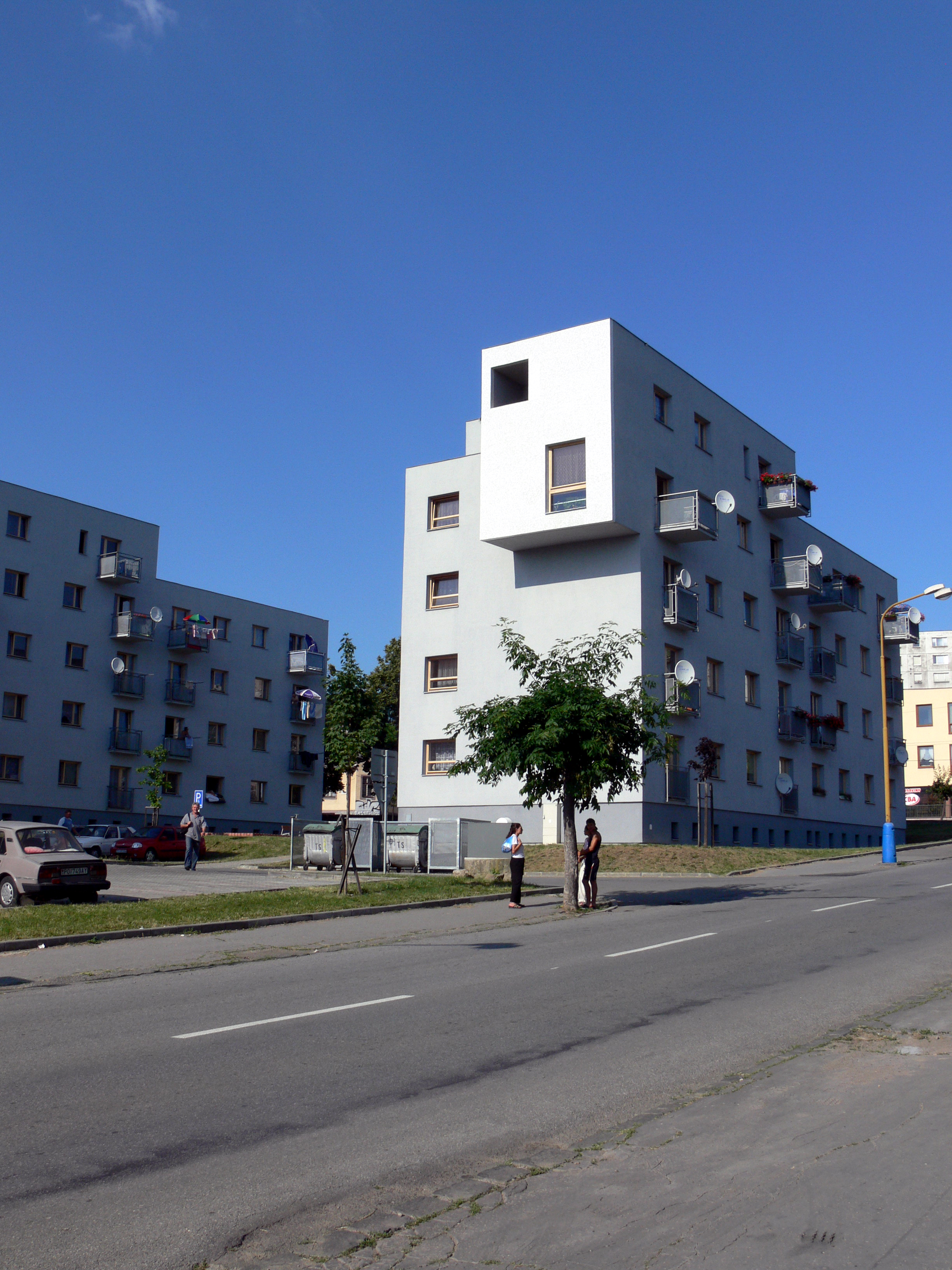 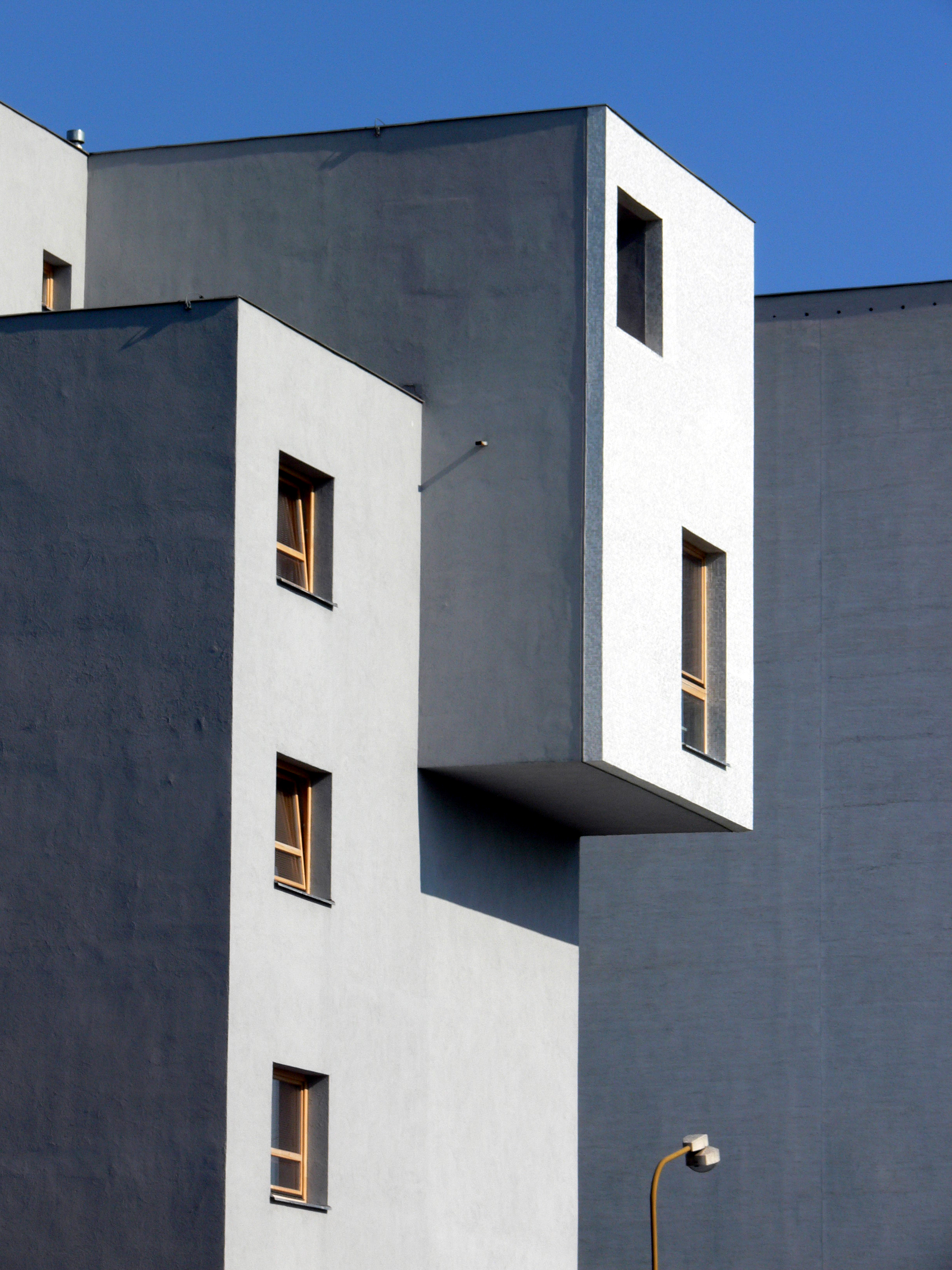 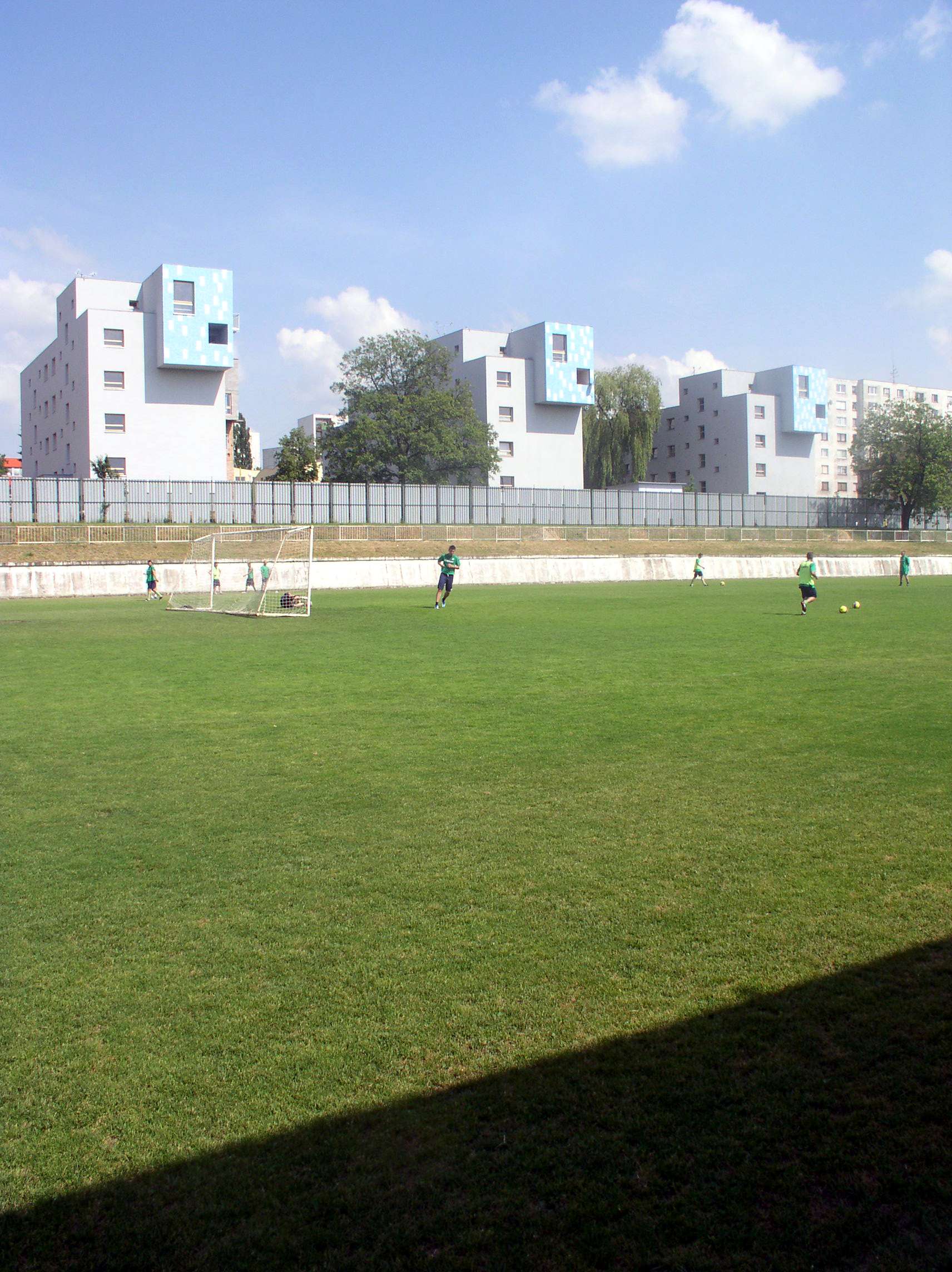 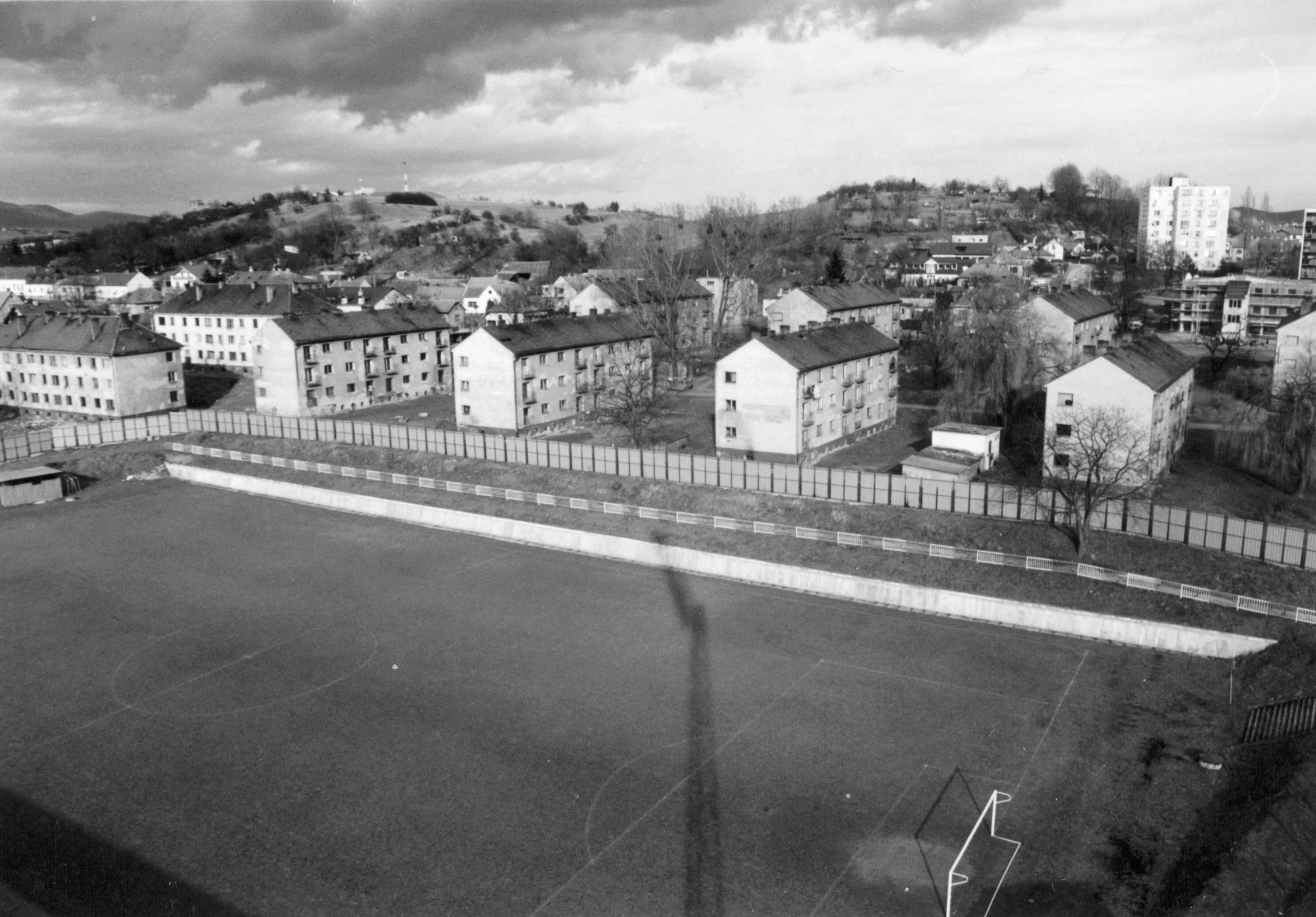 Recommending party
The project has been submitted by: ZEROZERO (Irakli ERISTAVI, Martin JANČOK)

Presov, with the population of 100.000, is a city in the east of Slovakia. Once a metropolis, today undercapitalized with high unemployment rate, social and housing problems. However, it is a university city and its perspective lies in the young generation.

The plot of the CMYK project is located in an attractive area of Presov‘s inner city. It was kept neglected for almost 20 years despite of its high housing potential. The district became an urban island occupied mainly by low-income or unemployed people, homogenous Roma population, with overcrowded flats, lack of sanitation, social problems and crime.

The city municipality introduced an idea of revitalization of this area by its overall transformation. An architectural competition  was held in 2002. After winning the competition the newly established zerozero processed all stages of the project and the construction started in the second half of 2002. The goal of the project was to upgrade the area, its reintegration into the city organism by creating a housing environment with adequate urban, spatial and aesthetic qualities, offering 190 low cost apartments mostly for young famillies.

Original houses were constructed in the 1950s.

A group of ten four-storey houses was built in a ”human” scale.  An agreeable urban plan created a sufficient environment considered as a nice housing area at that time.

Modest houses and layout gave the neighborhood a strong and visible urban identity.

The visual contact with the city´s football stadium FC Tatran gave the area a unique quality and was considered as an important task in our evaluation of priorities and rethinking of planning concept of the estate.

The change of image was needed because of reintegration of the area into the city fabric, mainly for social reasons. The demand for more flats resulted in the change of scale.

The question of solving and preserving yards between the houses and their availability to residents was essential. The exclusion of car parking in these yards seemed to be one of the main problems by pushing forward this project. The creation of a residential street, “woonerf”, was the key to achieve this goal.

The demand for new housing units was met by extending the original buildings. Flat area enlargement was reached by cantilevering. The attractivity of the view in these parts lies in a suitable western orientation with the possibility of watching football games. Newly created cantilevered volumes gave the objects a unique form. Figures with clear silhouette and expression were created.

The intersection of the original and newly added structure was the main object of the search for the final solution. A hybrid structure was created in which the newly formed parts are clearly identifiable in spite of the use of the same language. The use of the original constructive system, its modulation and technology were very strong determinants of the approach and chosen construction method.

Cantilevered volumes became an urban and architectural icon of the whole complex.

They gained narrative qualities. The competition design introduced their surfaces as a CMYK scheme showing the whole scale of colour and material possibilities and interpretations.

A material contrasting with plastered skin was chosen to make them exceptional. A little retro looking glass mosaic appeared to be ideal for this purpose. This material was very popular on residential houses of the 1970s.

The realization of the complex in stages revealed another potential possibility of capturing a certain process to express the progress of this structure on these surfaces. Therefore we turned from the former colour scheme to a binary colour scheme. This decision, often criticized by other people, was also influenced by economical reasons, as well as our effort to choose a modest expression adequate to the function of the complex. The game with the percentual growth of white tiles in the blue field is getting stronger by every newly completed object. It will be fully visible after the completion of the whole complex in 2007.