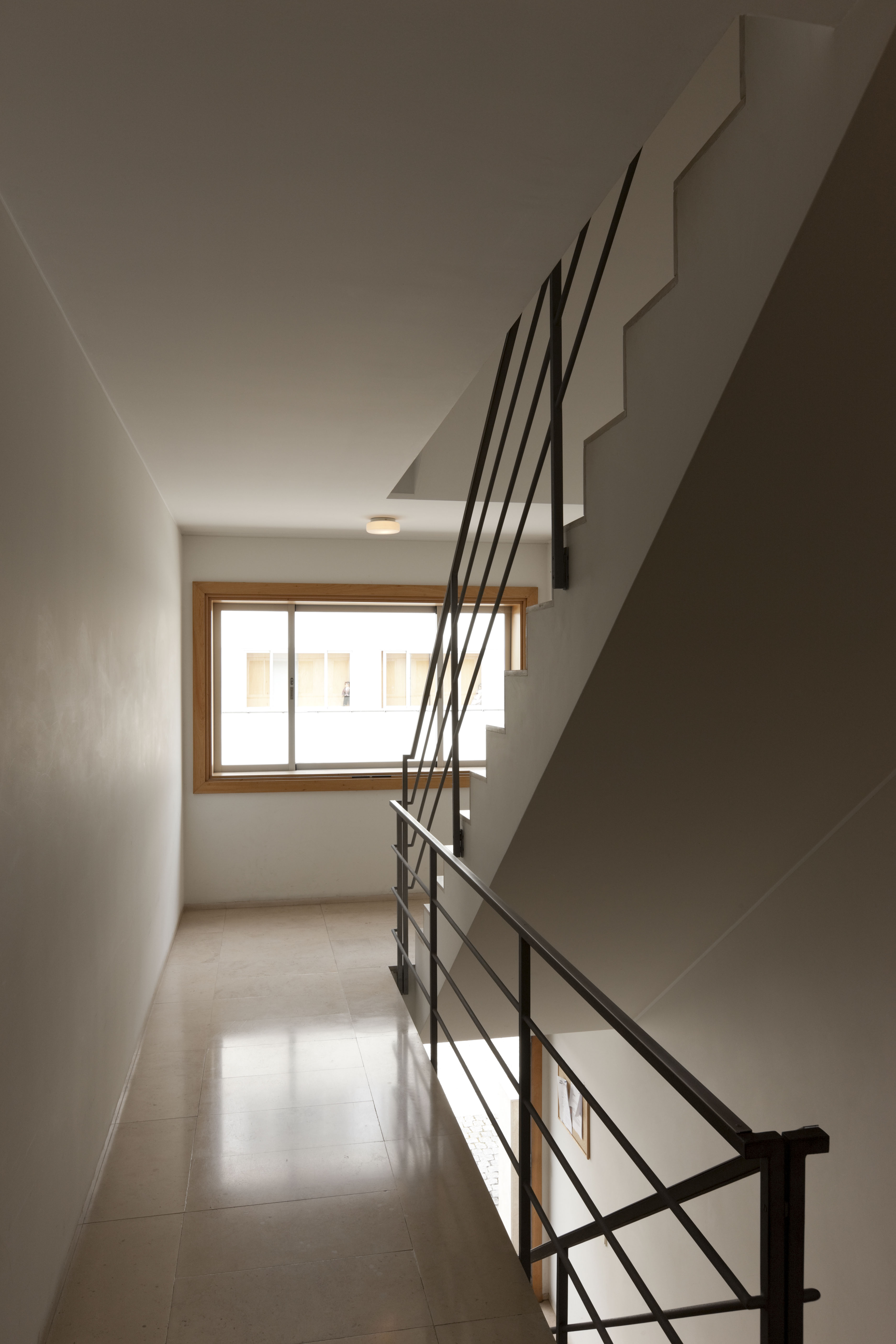 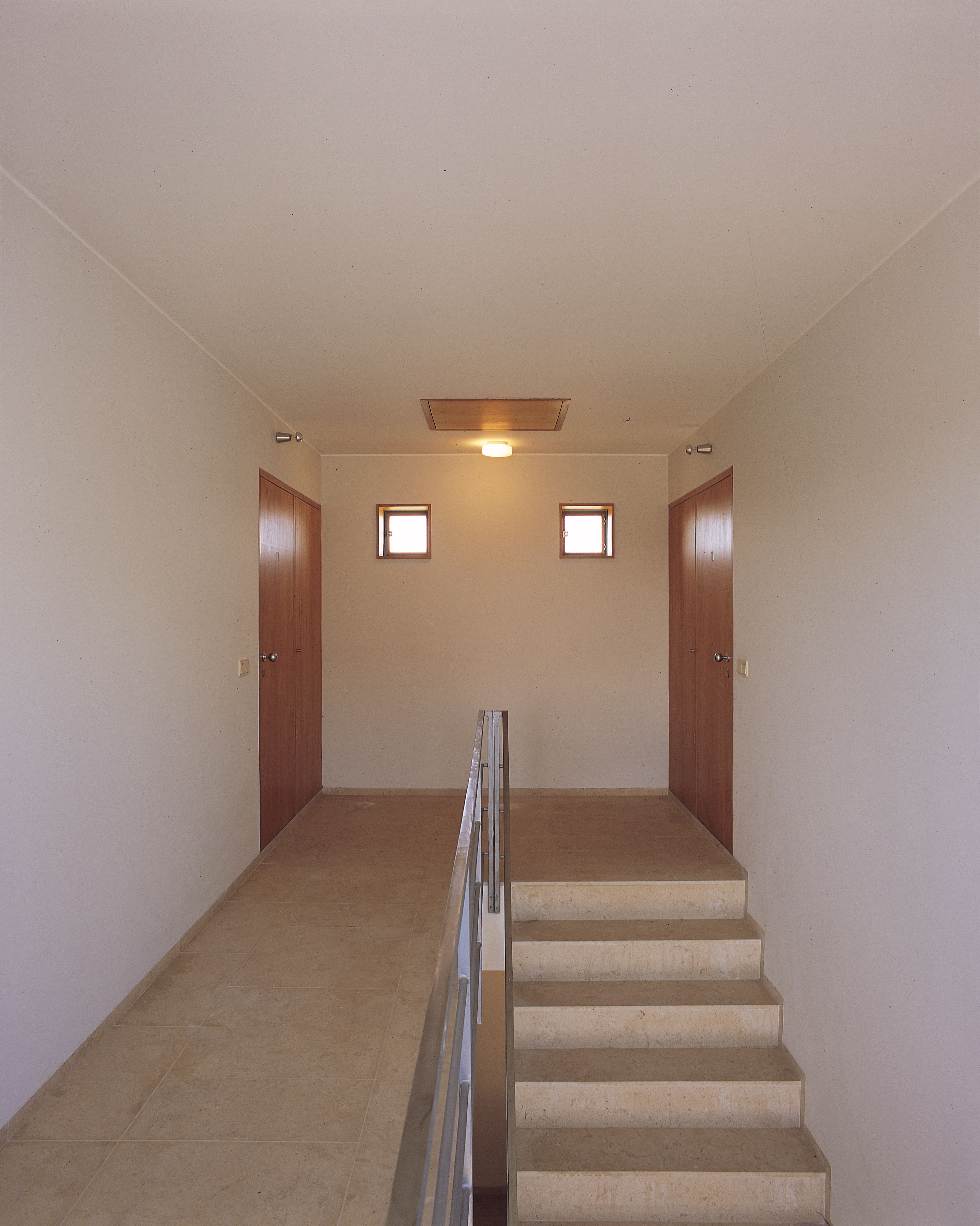 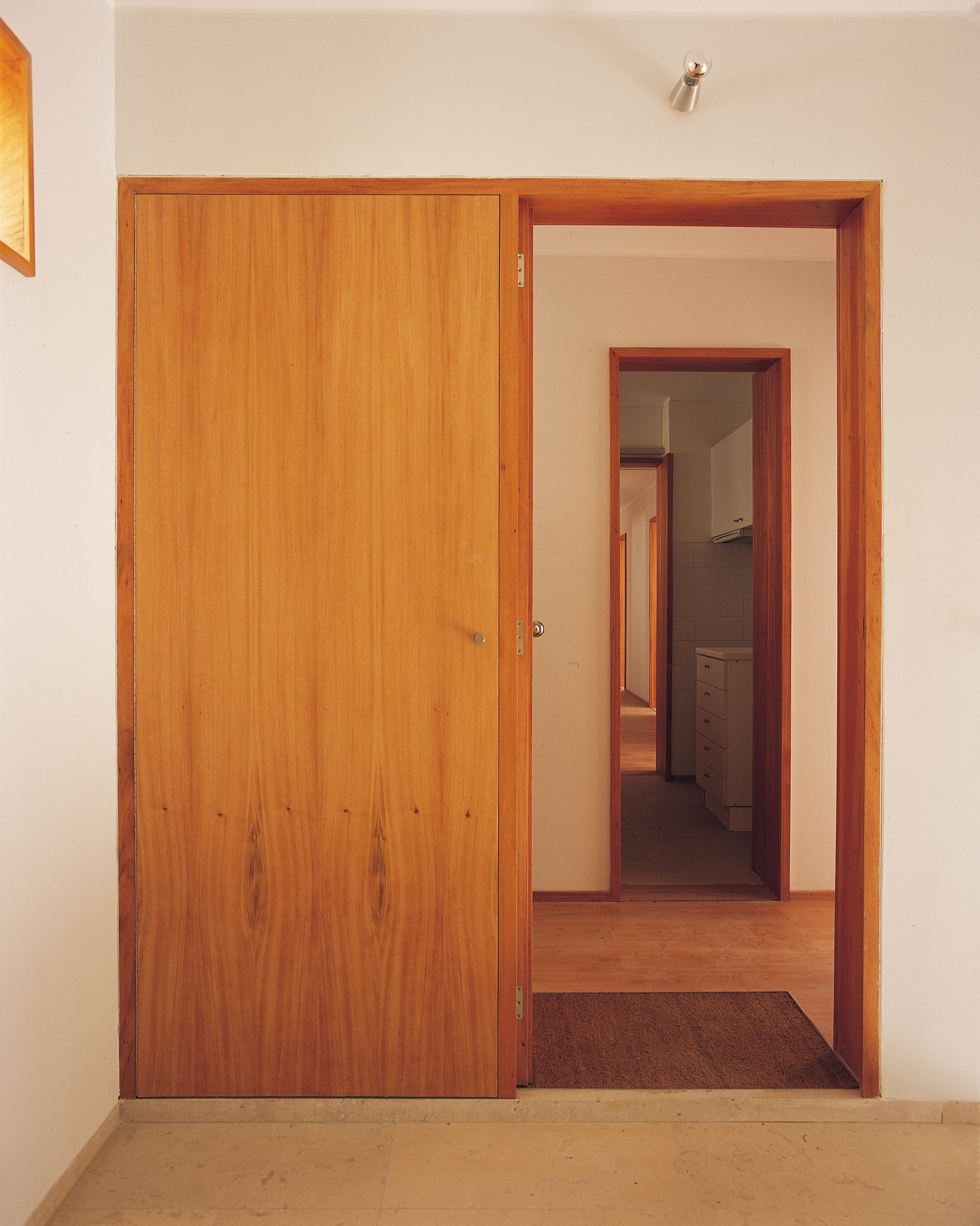 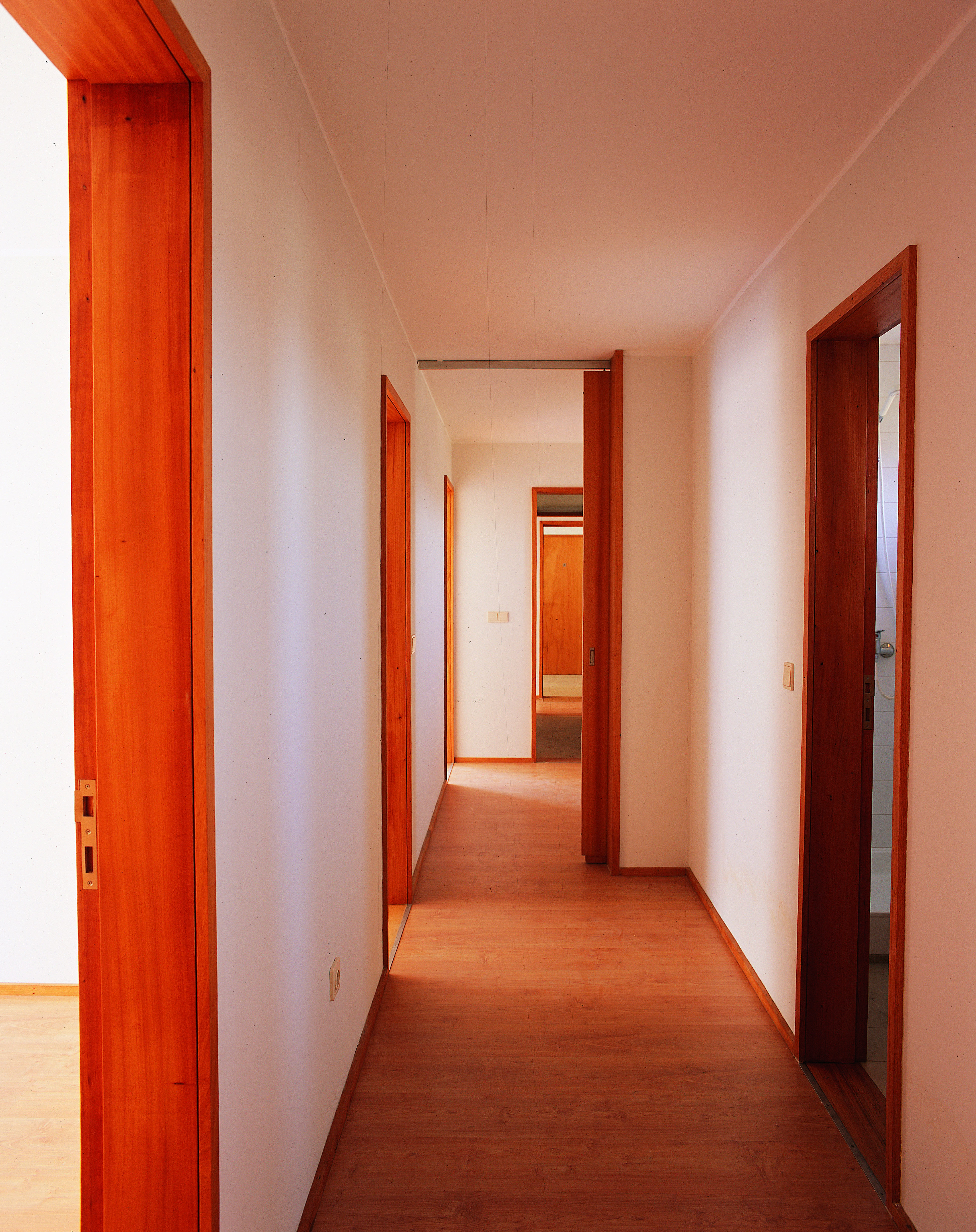 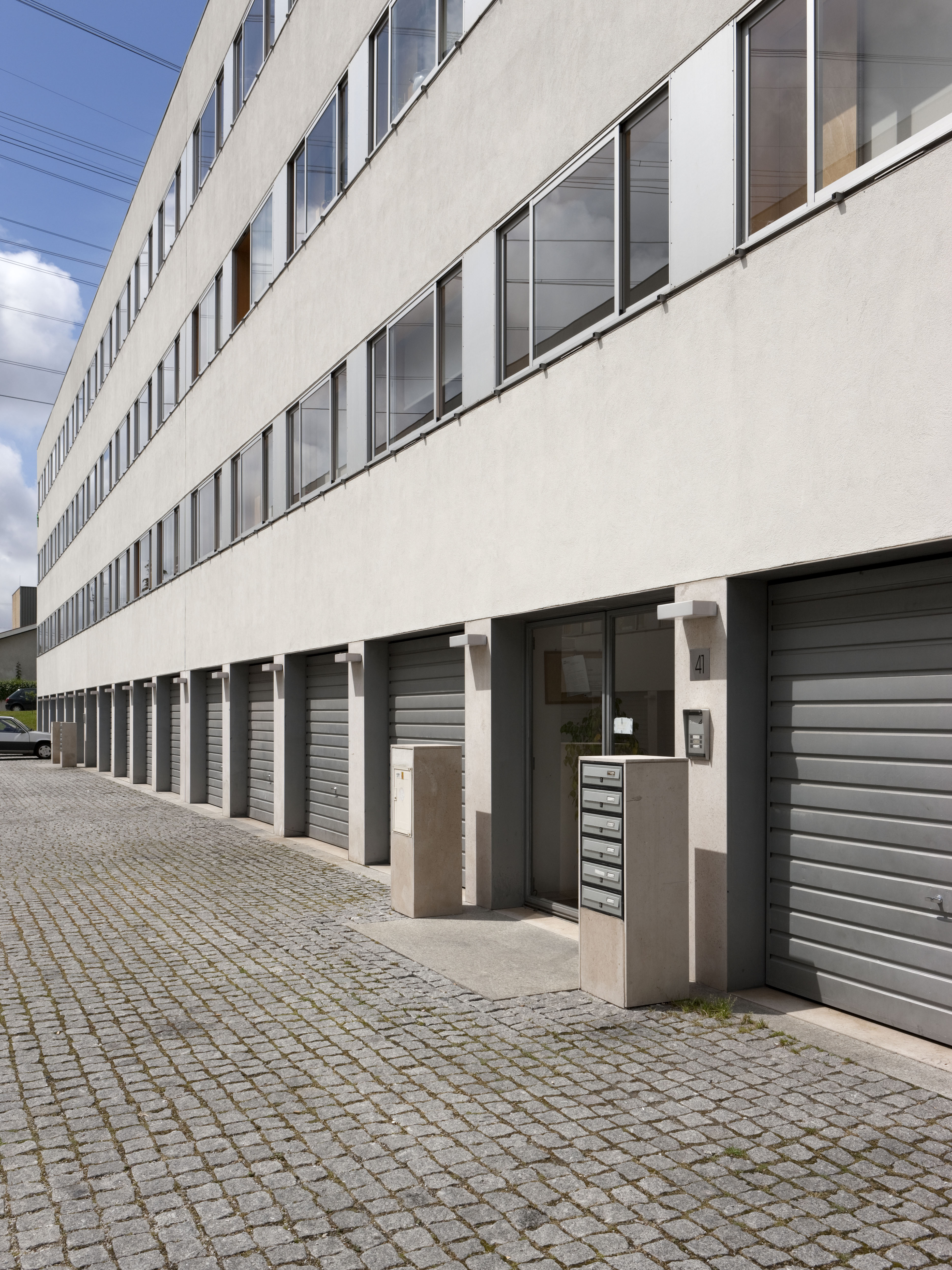 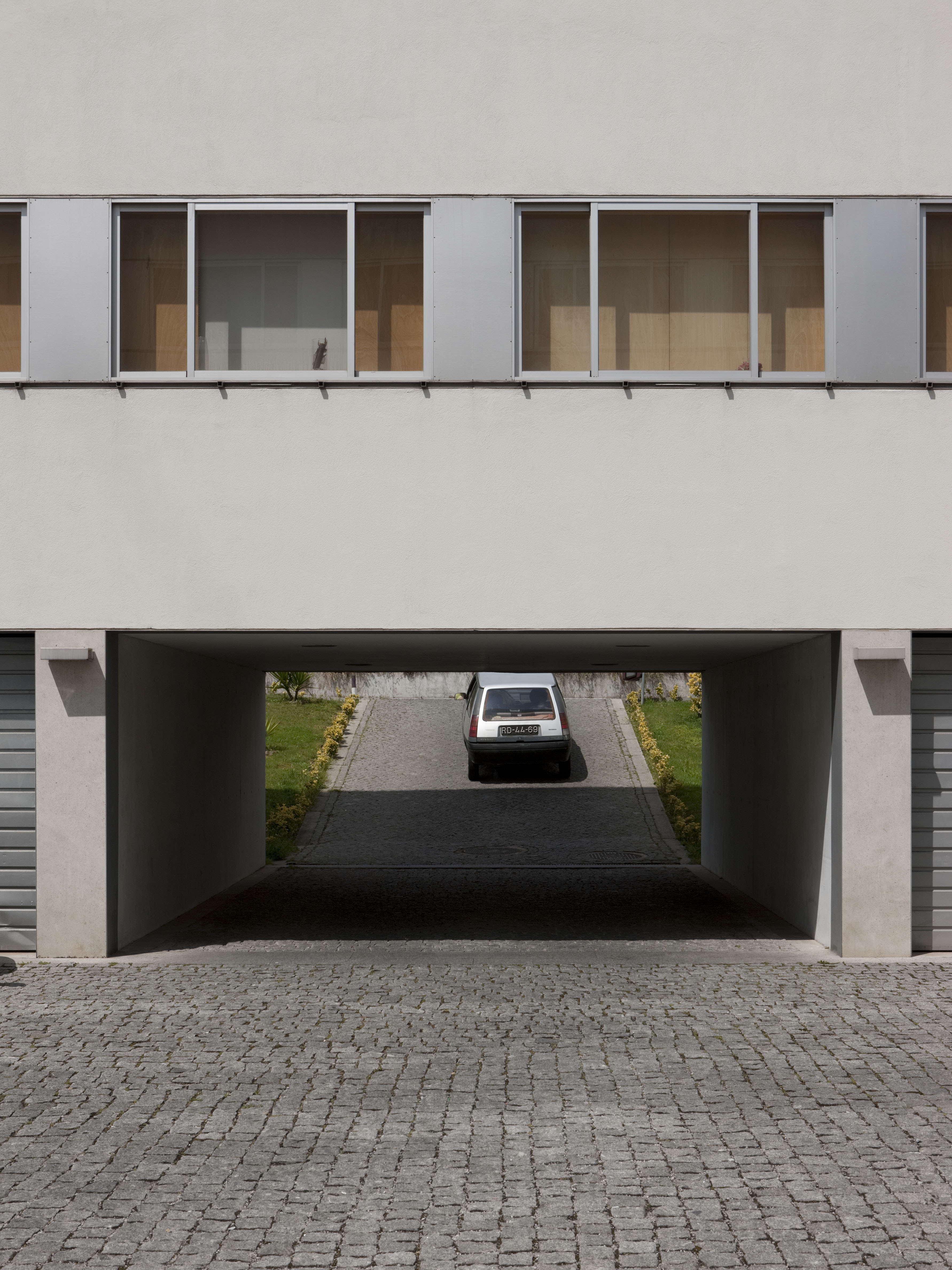 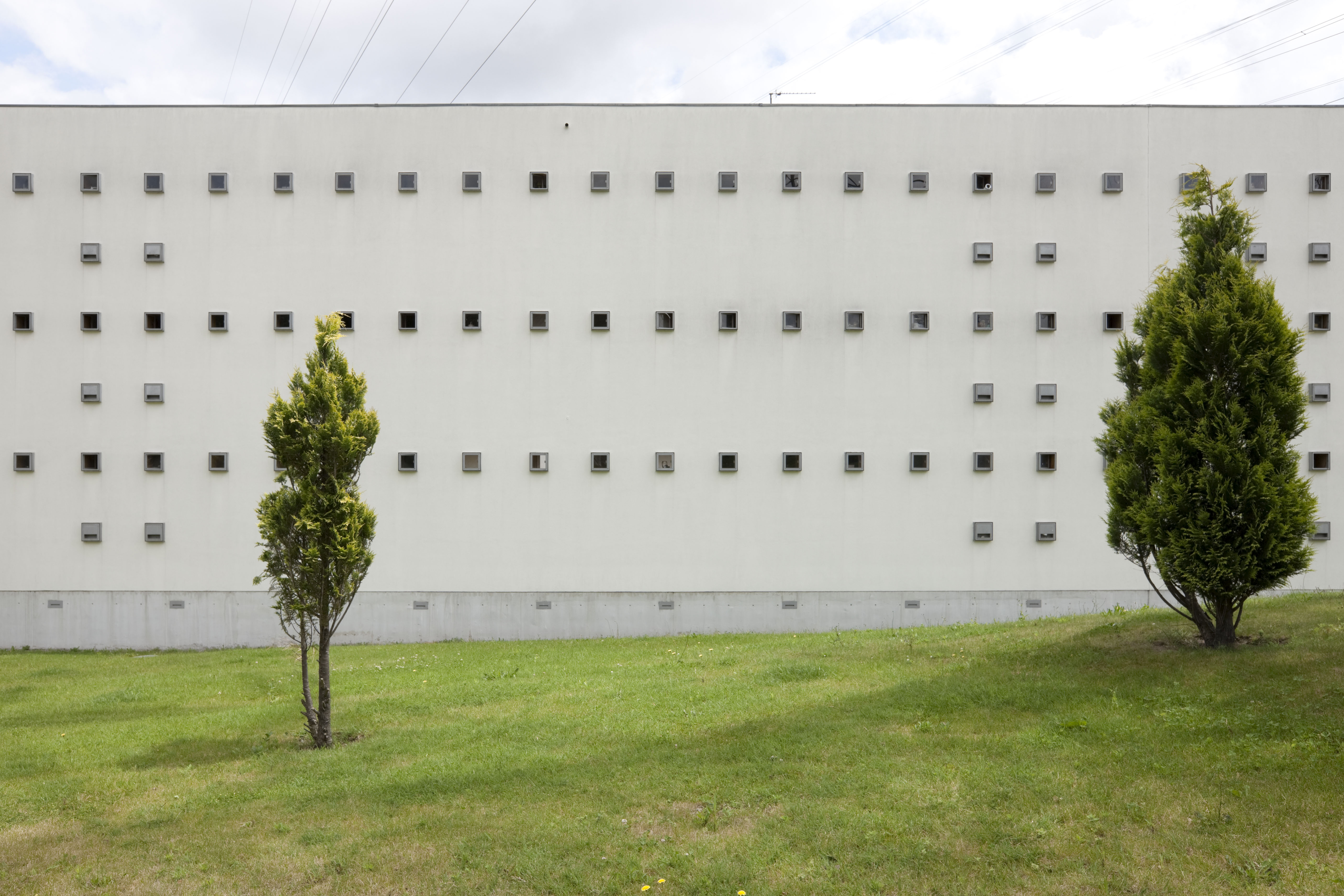 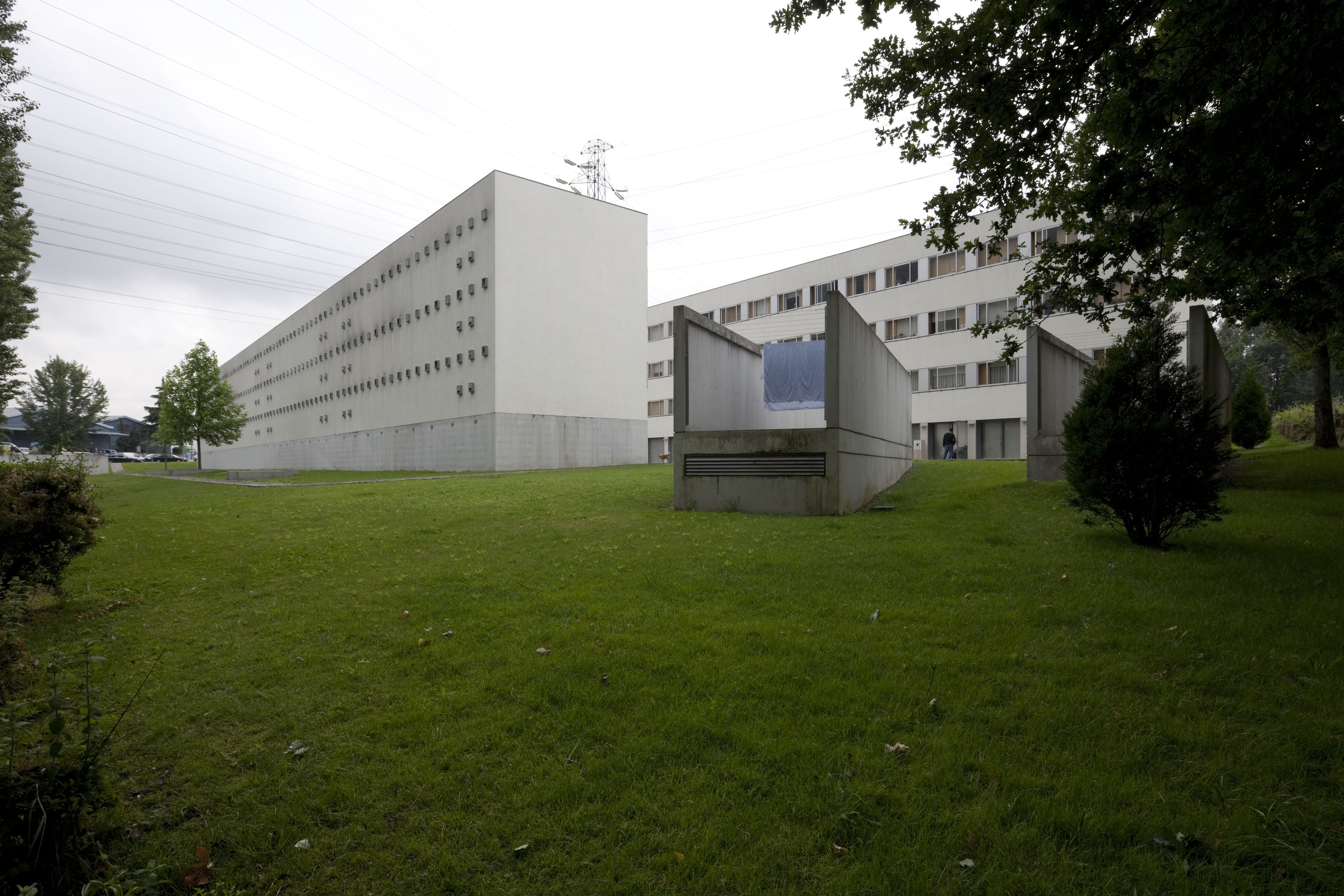 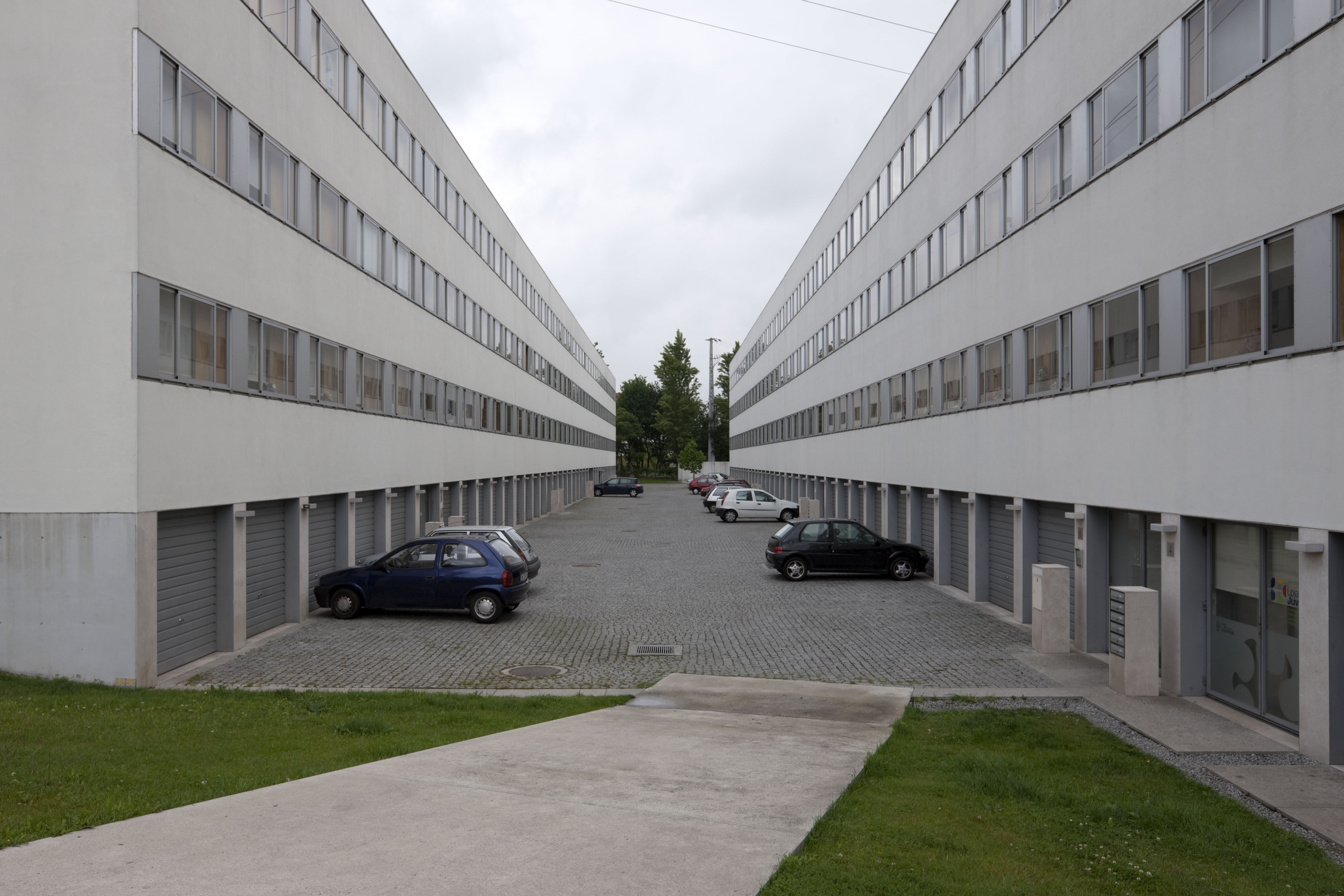 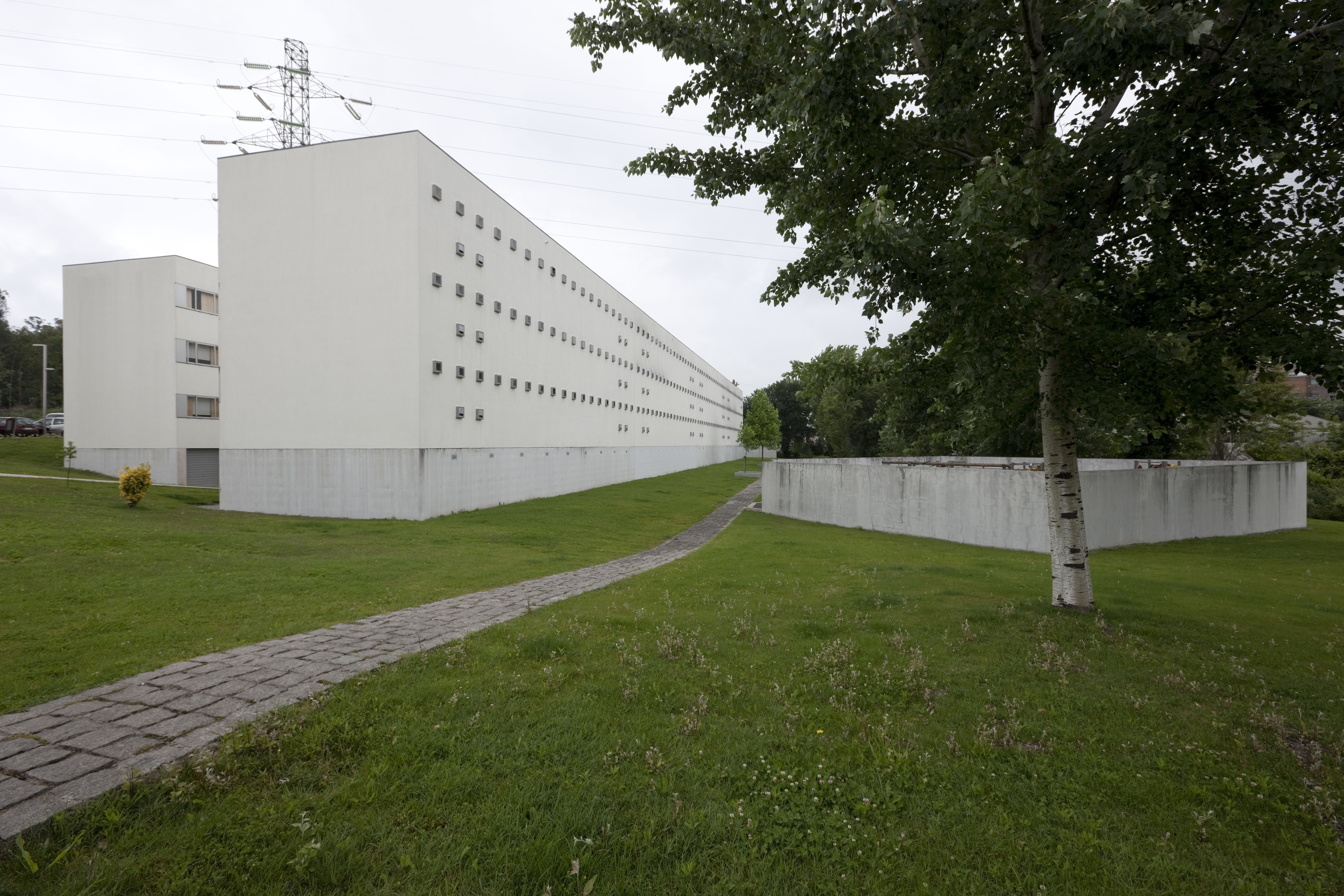 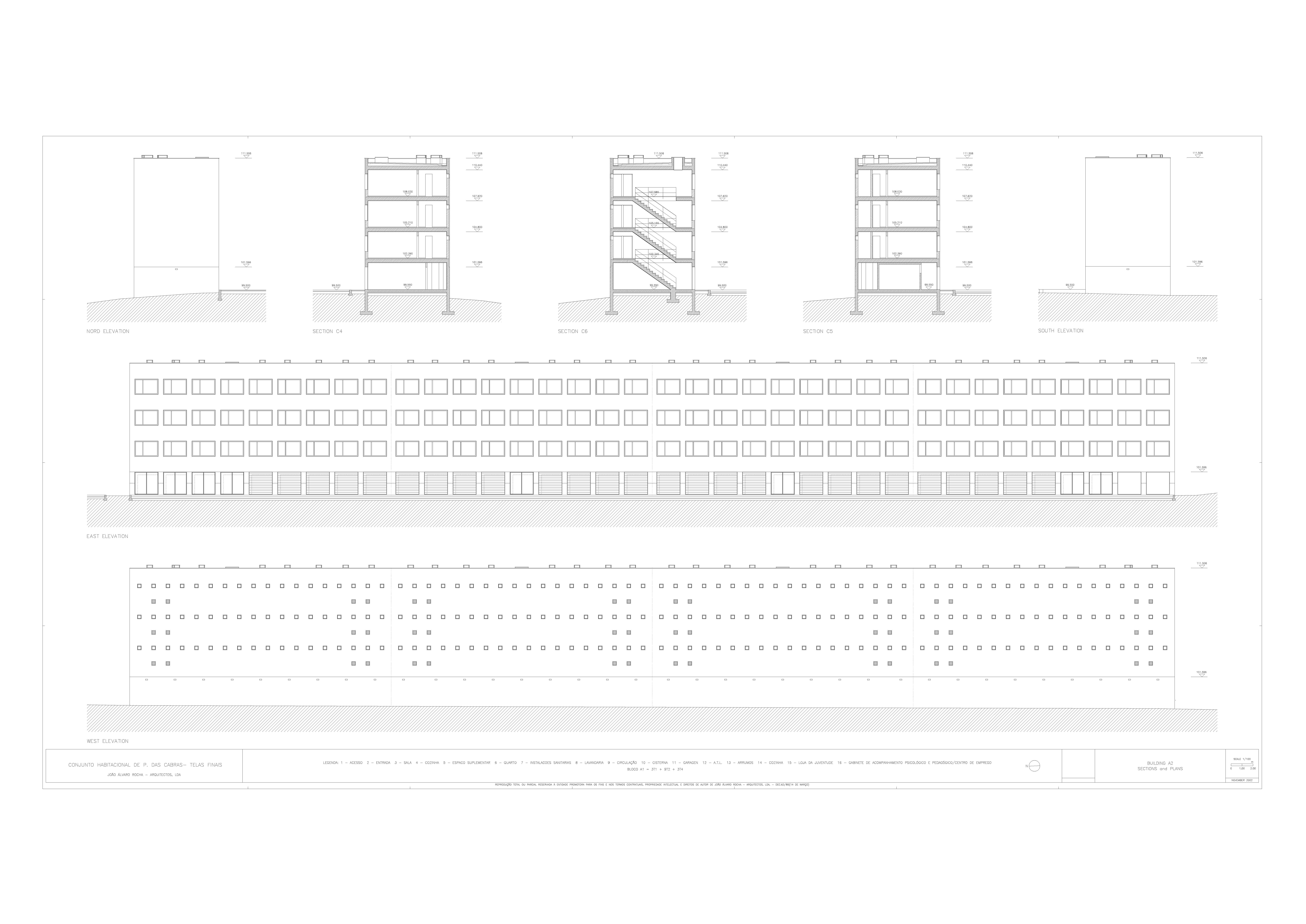 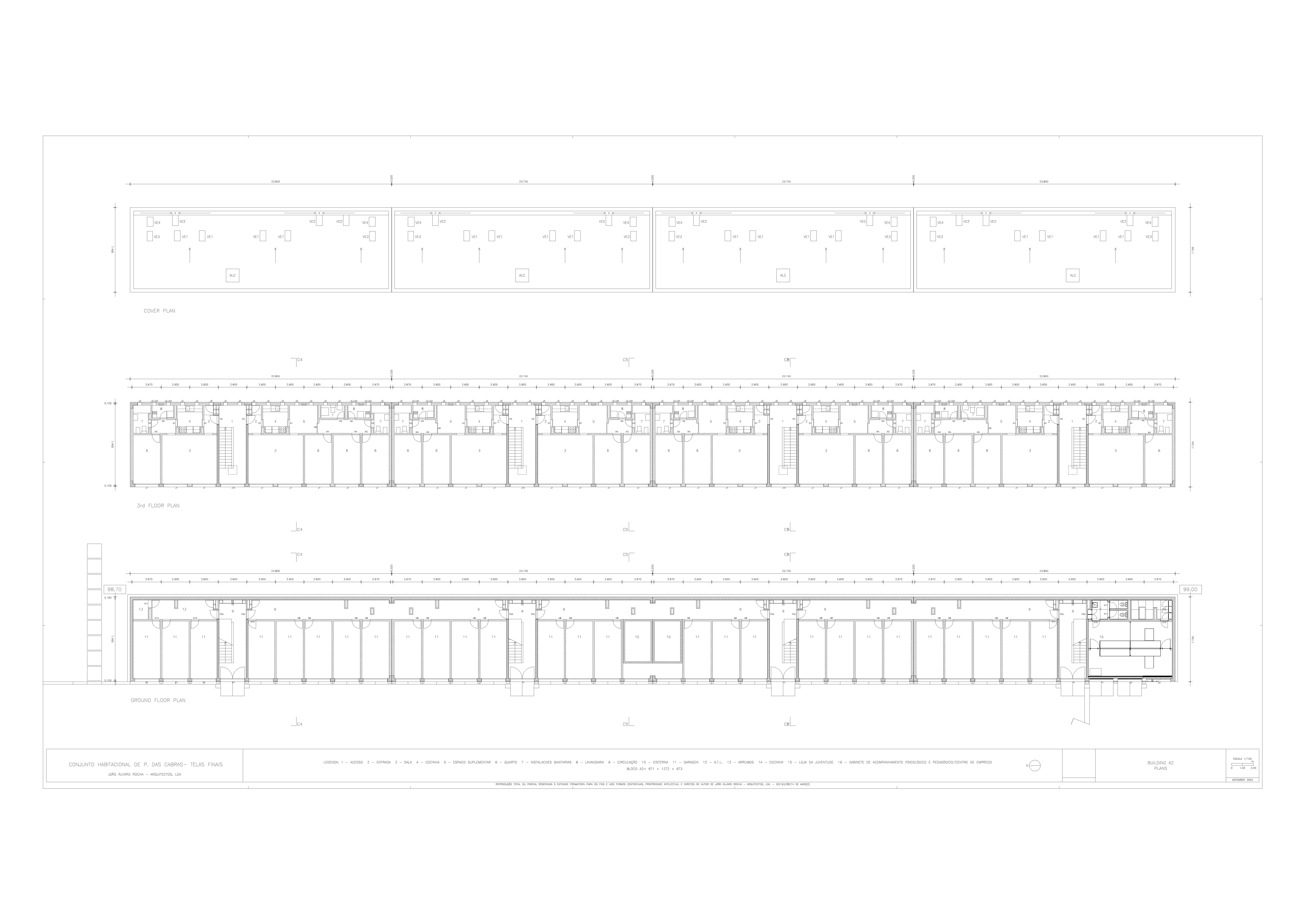 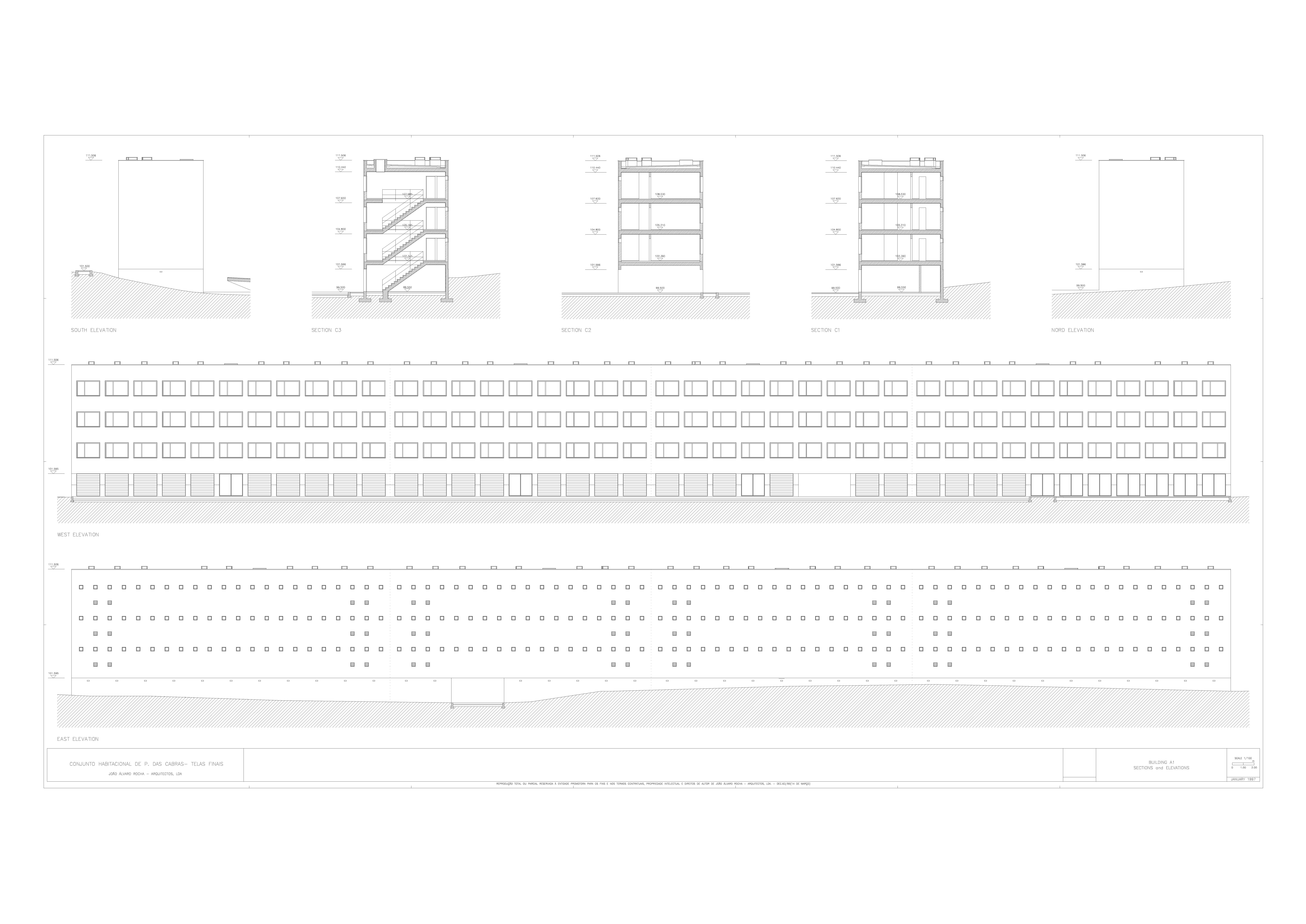 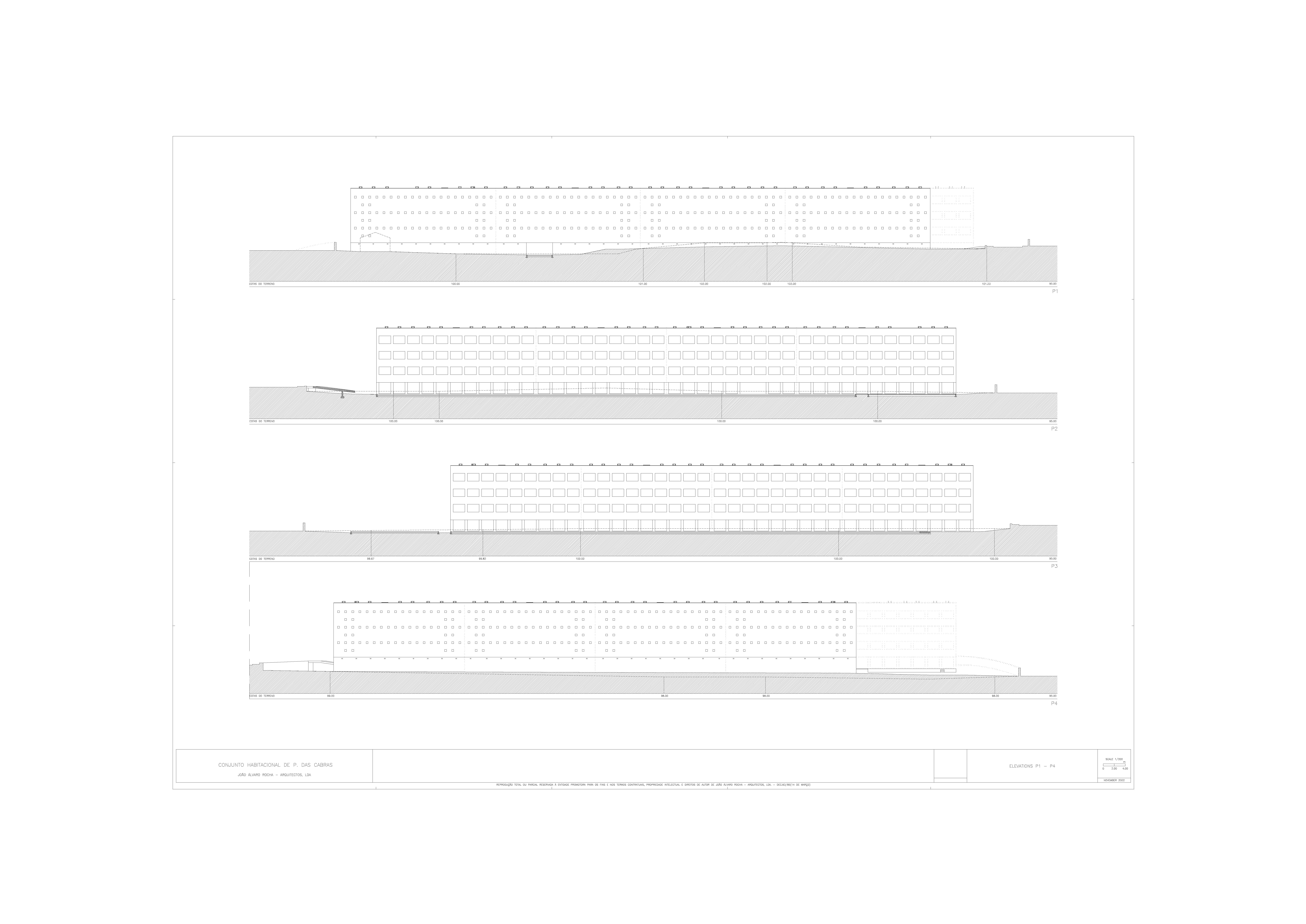 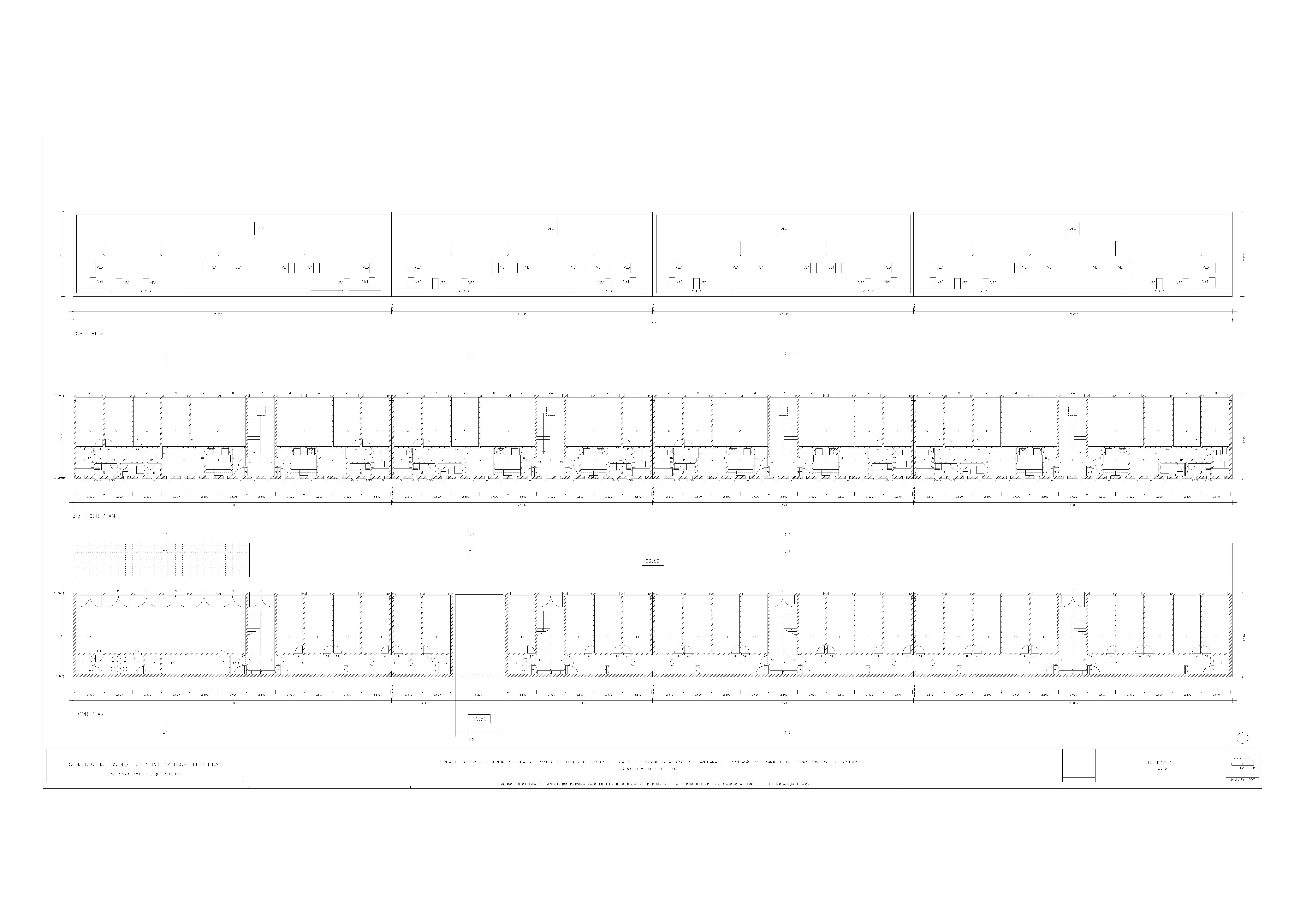 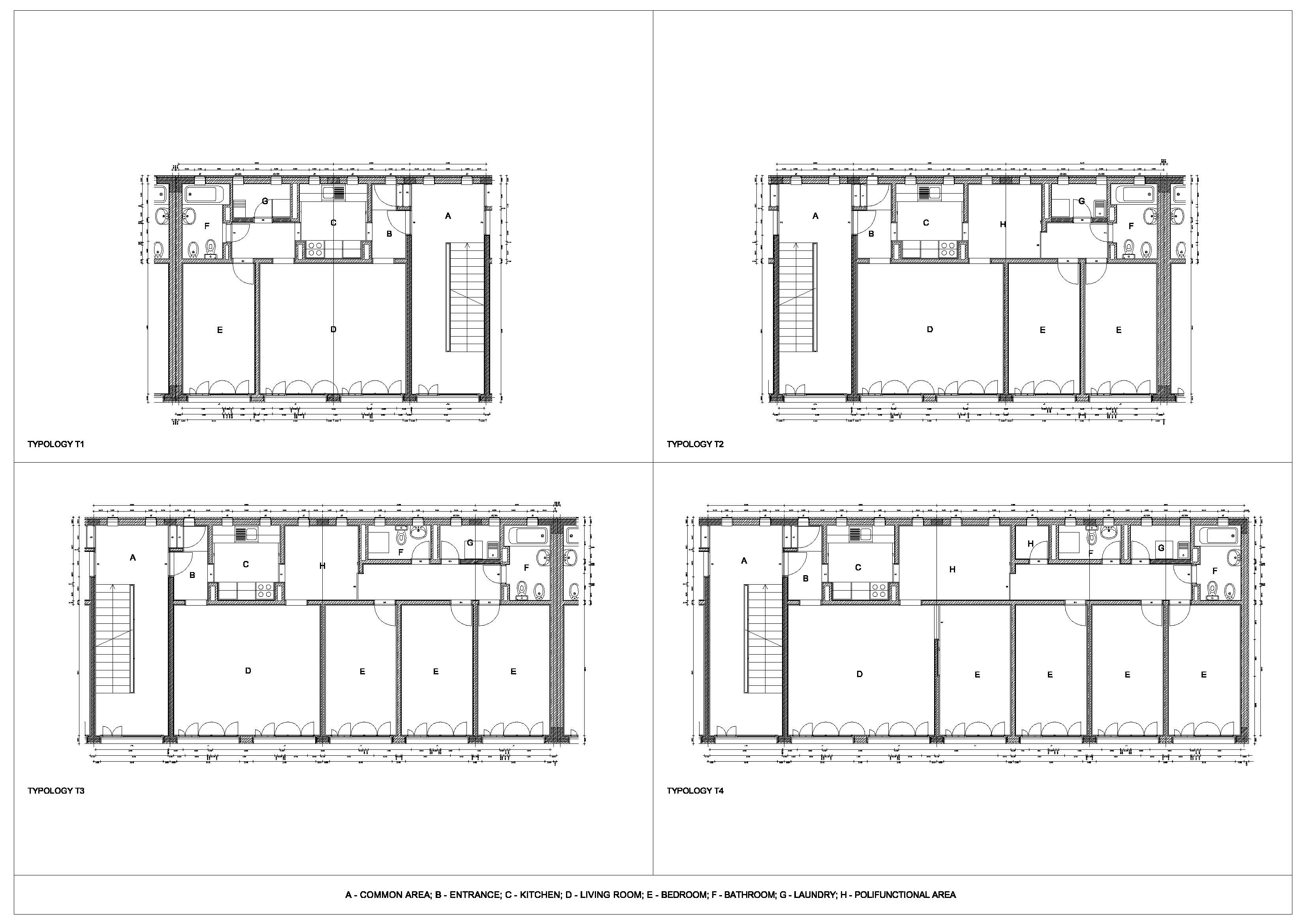 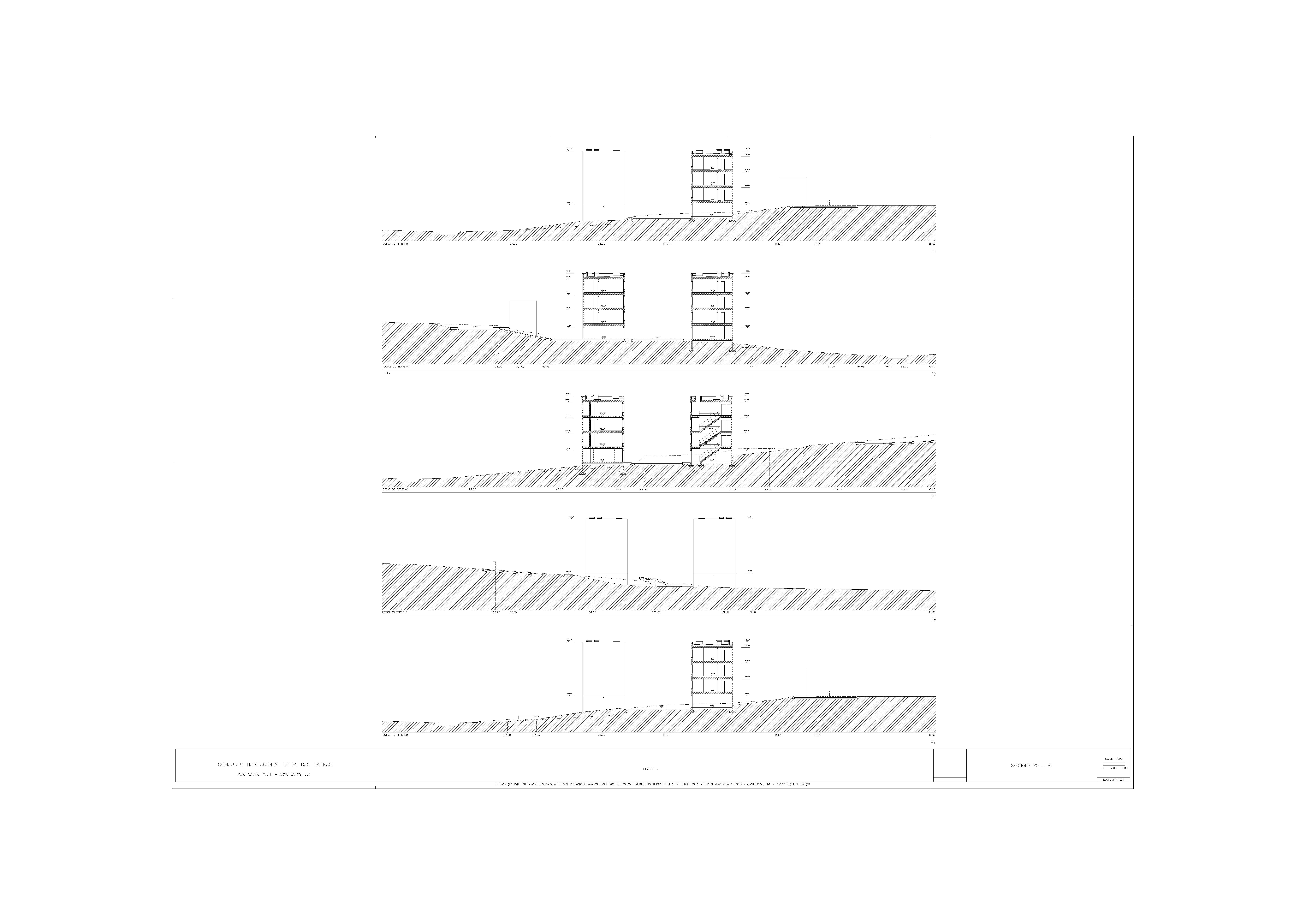 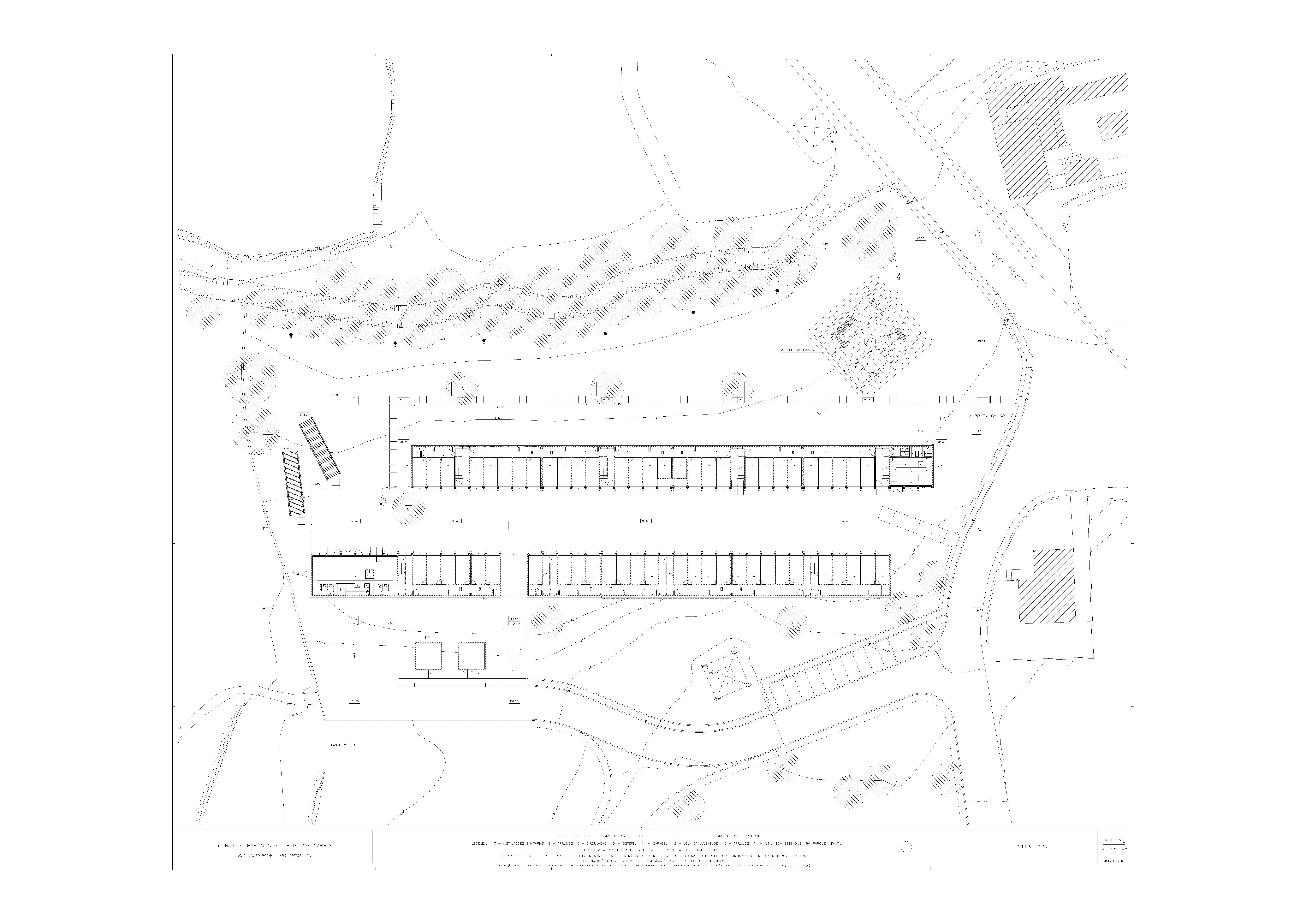 It is current opinion to consider social or controlled cost house to mean social exclusion and poor urban quality.

Location, setting, dimension, support infrastructures, exterior spaces and typologies which are adequate to the social reality are aspects which, although not directly established by the project, always end up conditioning it.

The location of this type of social housing should prefer spaces which are well-structured in urban terms, and within which different types of activity and uses of the land should coexist. This is rather than peripheral locations, which are often marginal and destitute of any urban feeling. The latter invariably leads to social segregation instead of the desired integration, which in turn leads to real ‘ghettos’.

The dimension of the building should, whenever possible, have a medium/low density and not exceed an average number of homes of 40/50 units. This reduced dimension allows a more efficient ‘adaption’ to the land, also allowing a rationalization of support infrastructures directly related with housing. This complement, as well as stimulating social exchange, helps to stabilize the presence of the populations, allowing recognition of their ‘place’ in the land (belonging).

In the same way, and within the same strategy, a treatment of the exterior space is included, which should always be effected in a perspective which integrates the buildings in the landscape and environment. The way in which there is provision for leisure and a framework which, as a whole, contributes to an improved quality of life for those living there, is also to be considered.

It is now important to address the factor of cost or the restrictions of the area. These should not be presented as a limitation to the project itself, but on the contrary, should function as another stimulus, capable of freeing and disciplining the ‘imagination’. In practice, this means increased conceptual rigour within the logic that restrictions do not necessarily mean ‘less’, but should rather provide ‘more’, although only and exclusively with the available means.

In the same way, conceptual rigour should include in its creation the constructive aspects of the way in which space and construction become inextricably linked.

A great effort is therefore required in the programmatic systemization of the spaces, infra-structures and the structure in the sense of minimizing the number of constructed elements, while at the same time making possible the improved quality of the building and the resulting reduction in costs.

We are dealing with a type of architecture without artifice and without excess, direct in its communication and which, contrary to appearances, is not necessarily less expressive, or aesthetically less interesting. This should mean a compromise between essence and rigour as an expression of simplicity.

This is because simplicity is always and only an appearance, almost always covering the complexity which it is made of. That which is ‘truly’ simple is obtained exclusively by means of the concentration of this same complexity.

In this intervention the buildings are disposed almost parallel to the water line (river), longitudinally in the north/south direction, seeking the best sun exposure, generating simultaneously between them and with the terrain limits, three strips of space with distinct quality.

This building disposition creates a convergence space, of common use, defining the scale of the set, qualifying the surrounding spaces and making them essential to the relation intended between them and the territory.

After all the matter is no more than to oppose the strong unity that characterizes the set to the fragmentation and disorder that “draws” the surrounding territory.