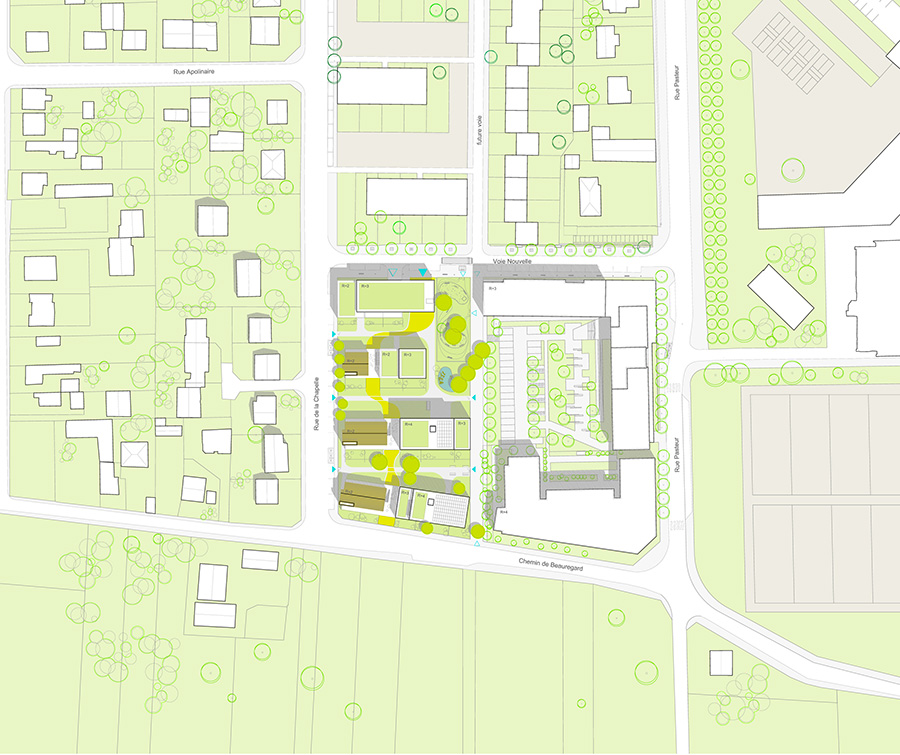 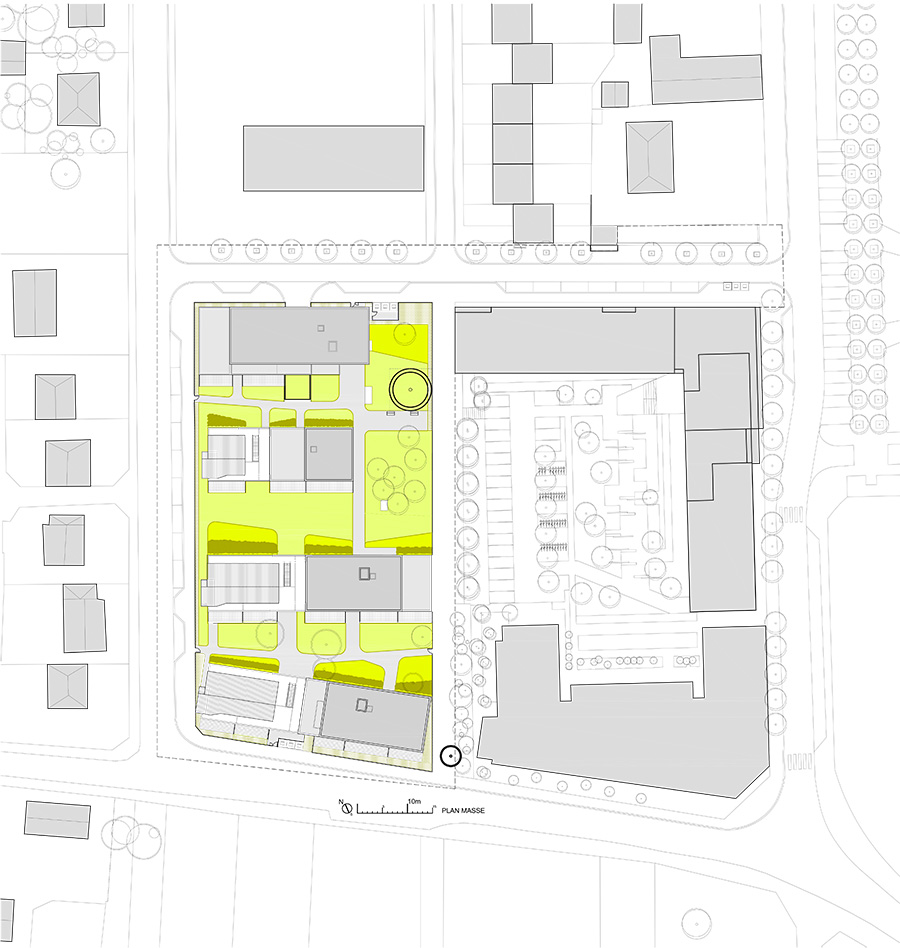 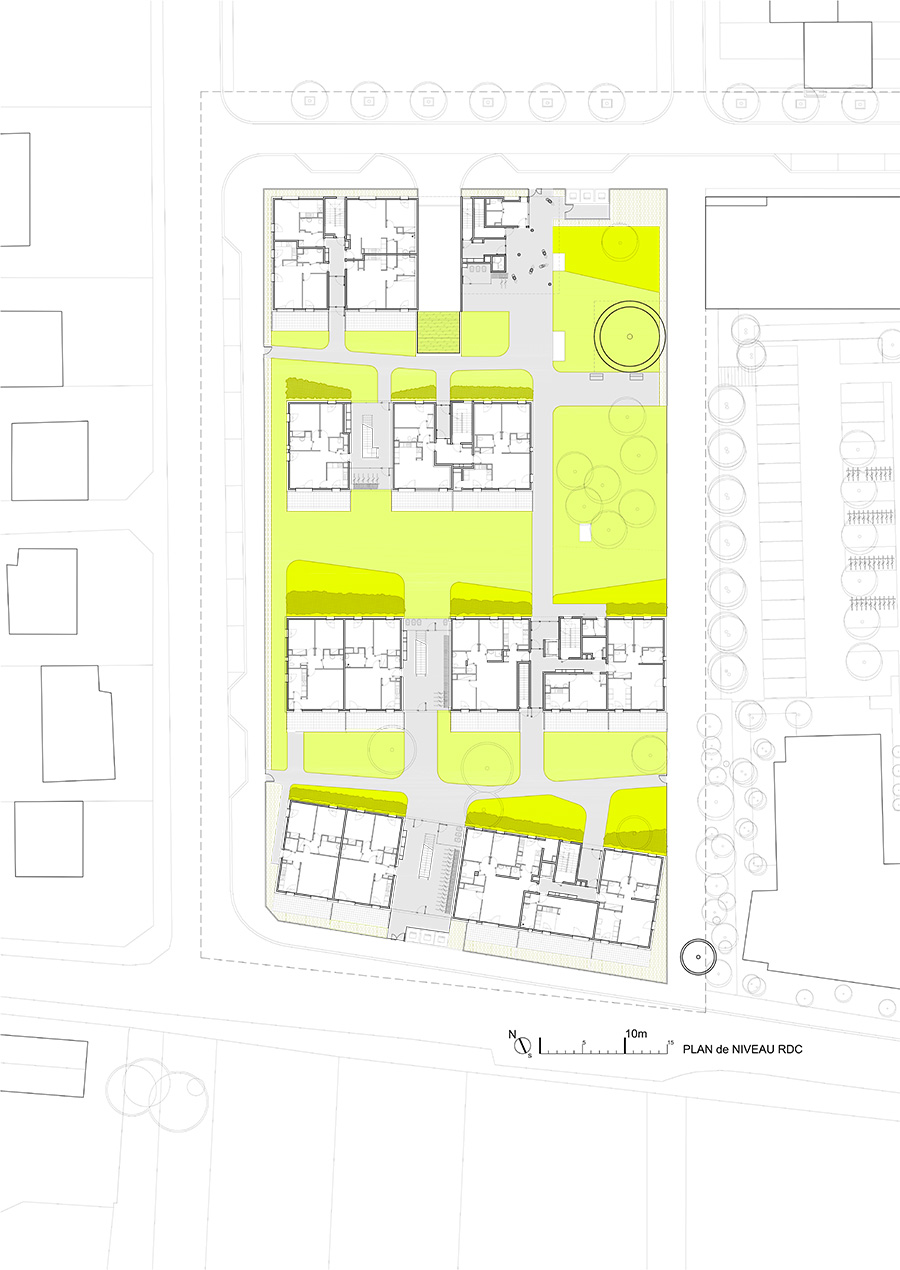 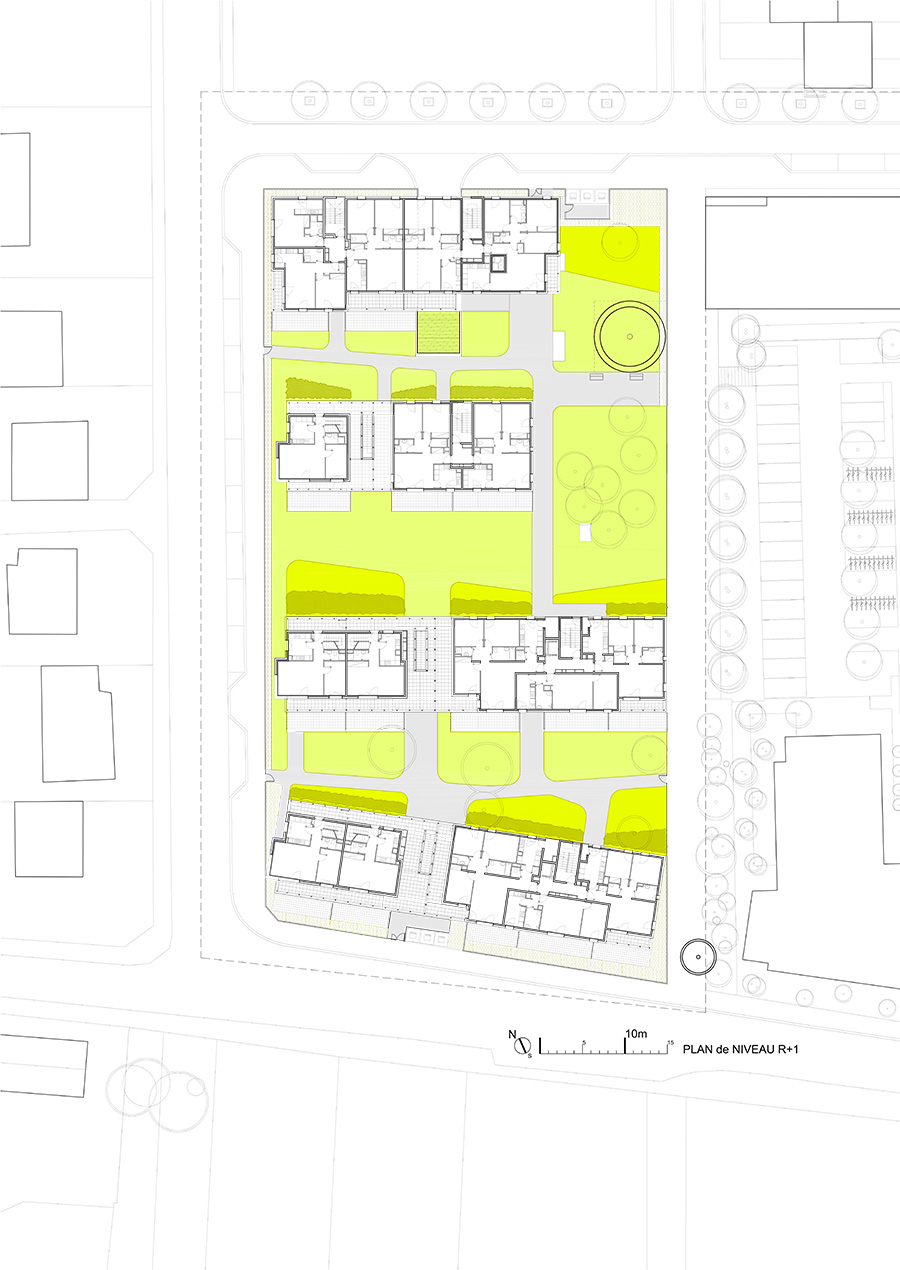 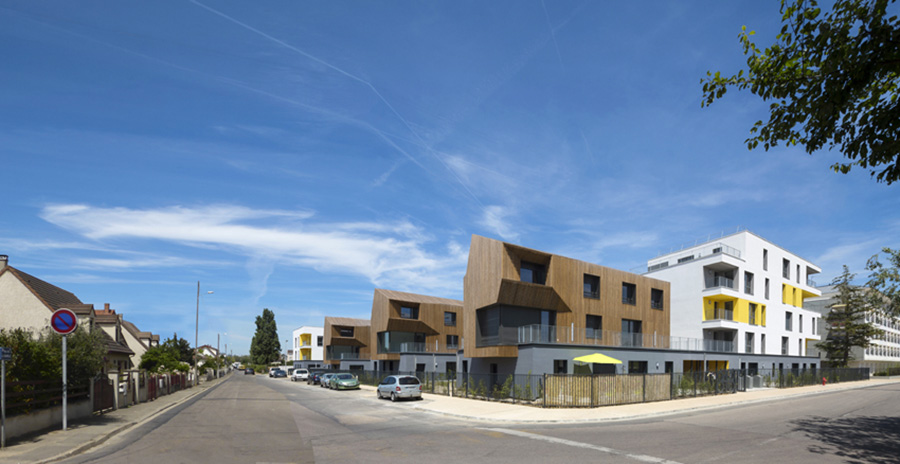 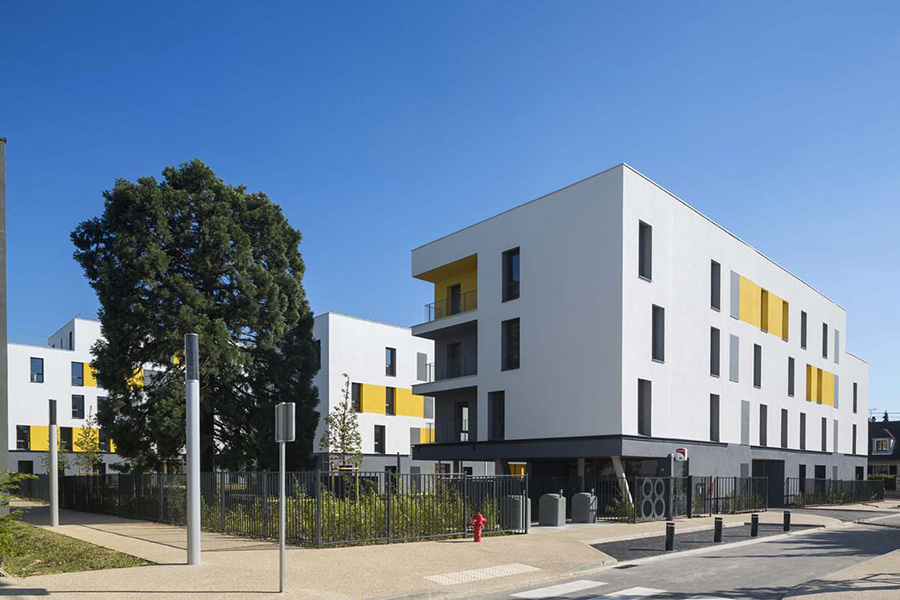 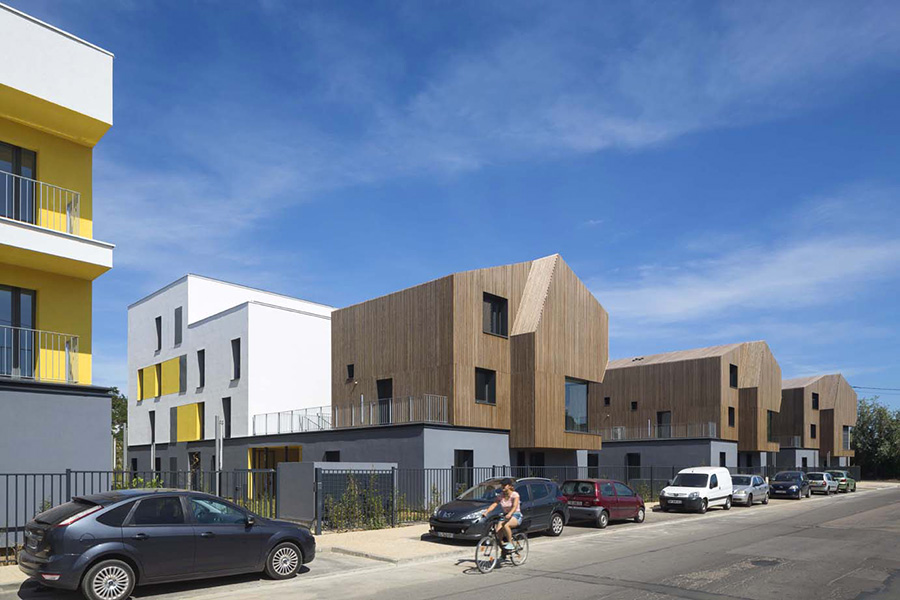 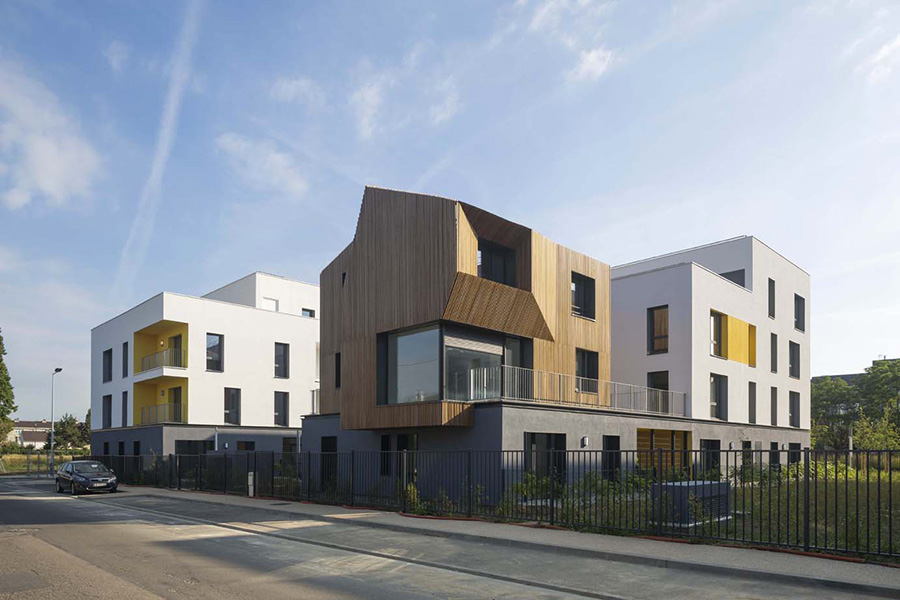 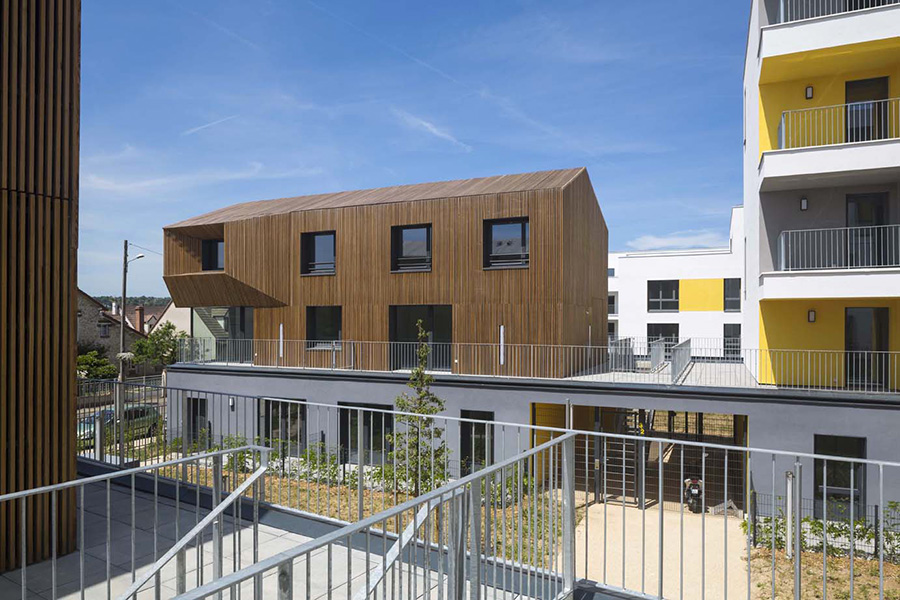 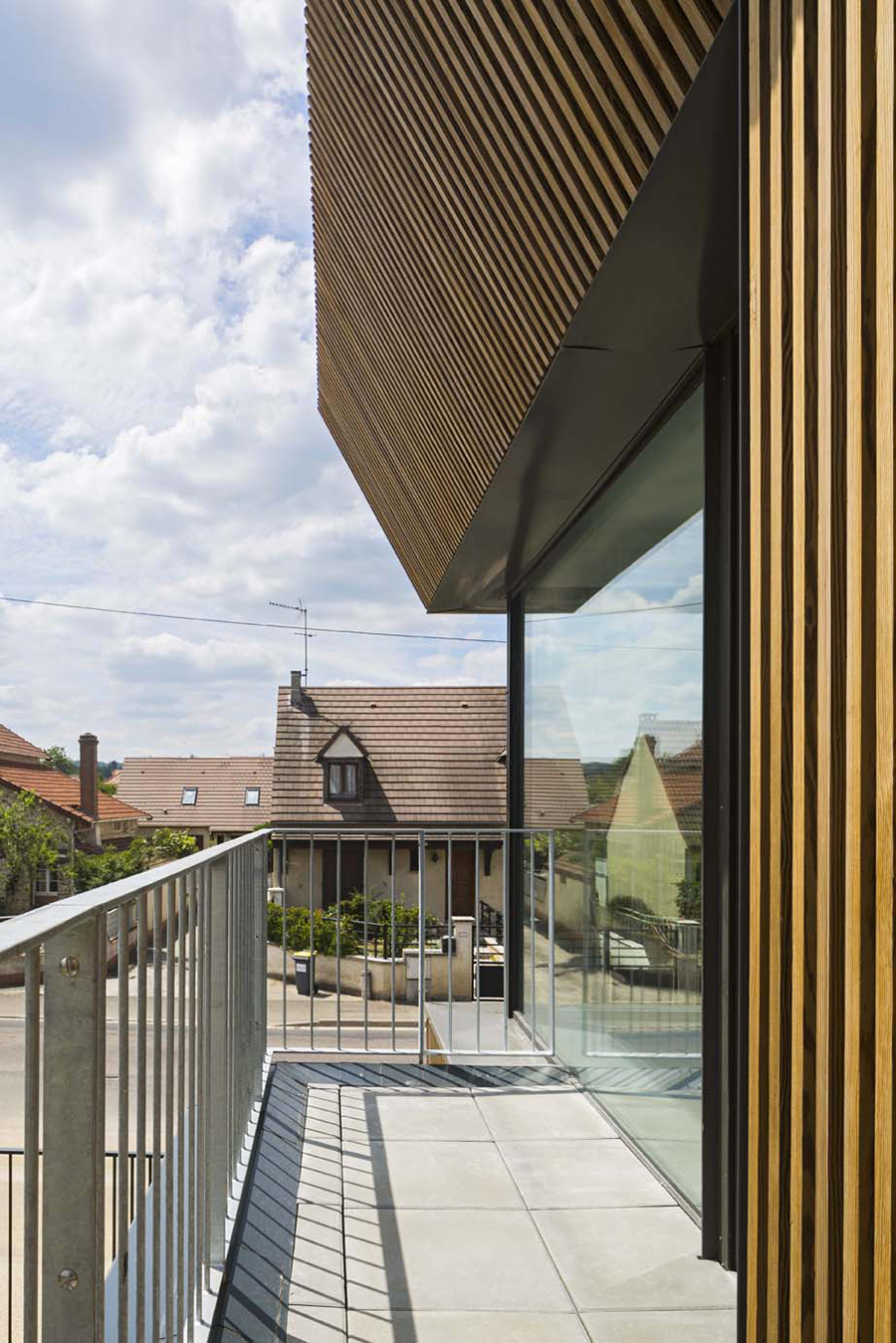 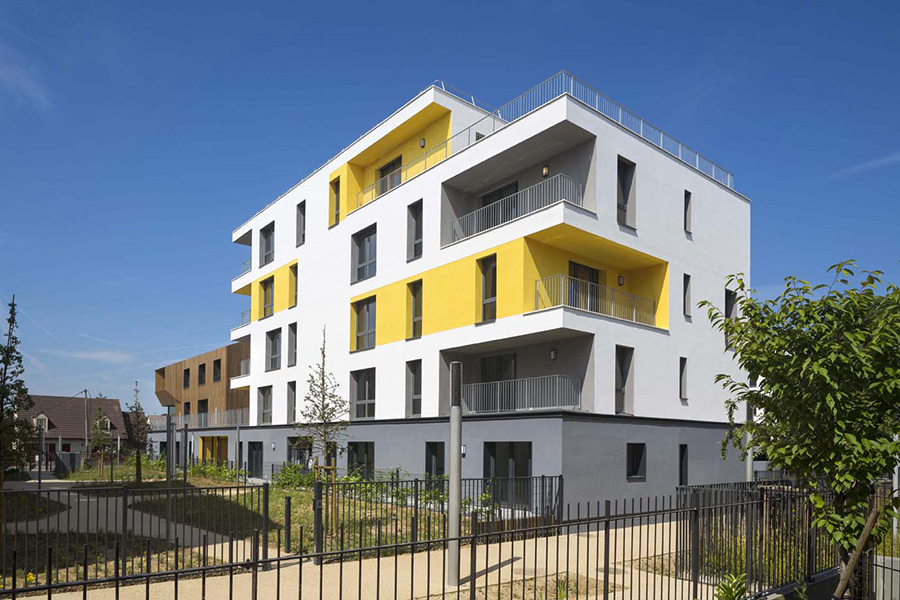 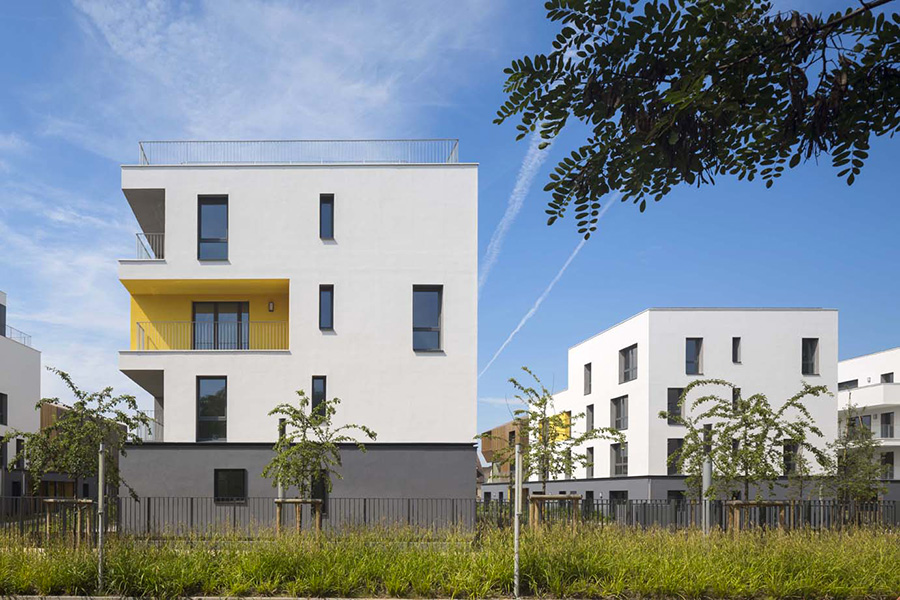 Recommending party
The project has been submitted by: Marta Mendonça, architect INSPACE

The implantation of the project answers to a double preoccupation: first, integrate in an optimal way the recent construction of collective housing on its east side with the individual housing pavilions on its west side; in order to redefine scale and urban coherence to the neighborhood. And second, integrate an ecological and economic energy environmental respect, by optimizing natural lighting for the dwellings, and draw interior and exterior spaces highly naturally ventilated.

The project is composed by a layout of four buildings, east‐west oriented with a north‐south axe volume interruption for each built block, creating several transversals respirations and visual links between the built environment, both from inside and outside points of views.
The in‐between spaces are treated as collective gardens, to where the apartments are oriented. Its surface and proportions result from a sun trajectory study to avoid building shadows in the elevations, and to have the maximum elevations exposed directly to sun light.

Both south and north buildings follow the position of the collective housing on its east side, regulating the street urban sense, meanwhile to the third street facing the individual housing pavilions, the project present a discontinuous elevation, and breaking the collective scale of the regular collective blocks to present three sculpted wooden houses in direct echo with the facing typology.

The idea and concept of this project is to introduce a ‘regulator piece’ between the different scales of the built environment. The project assumes the volumetric and typological transition of its built environment and dialogues with both with respect and loyalty.