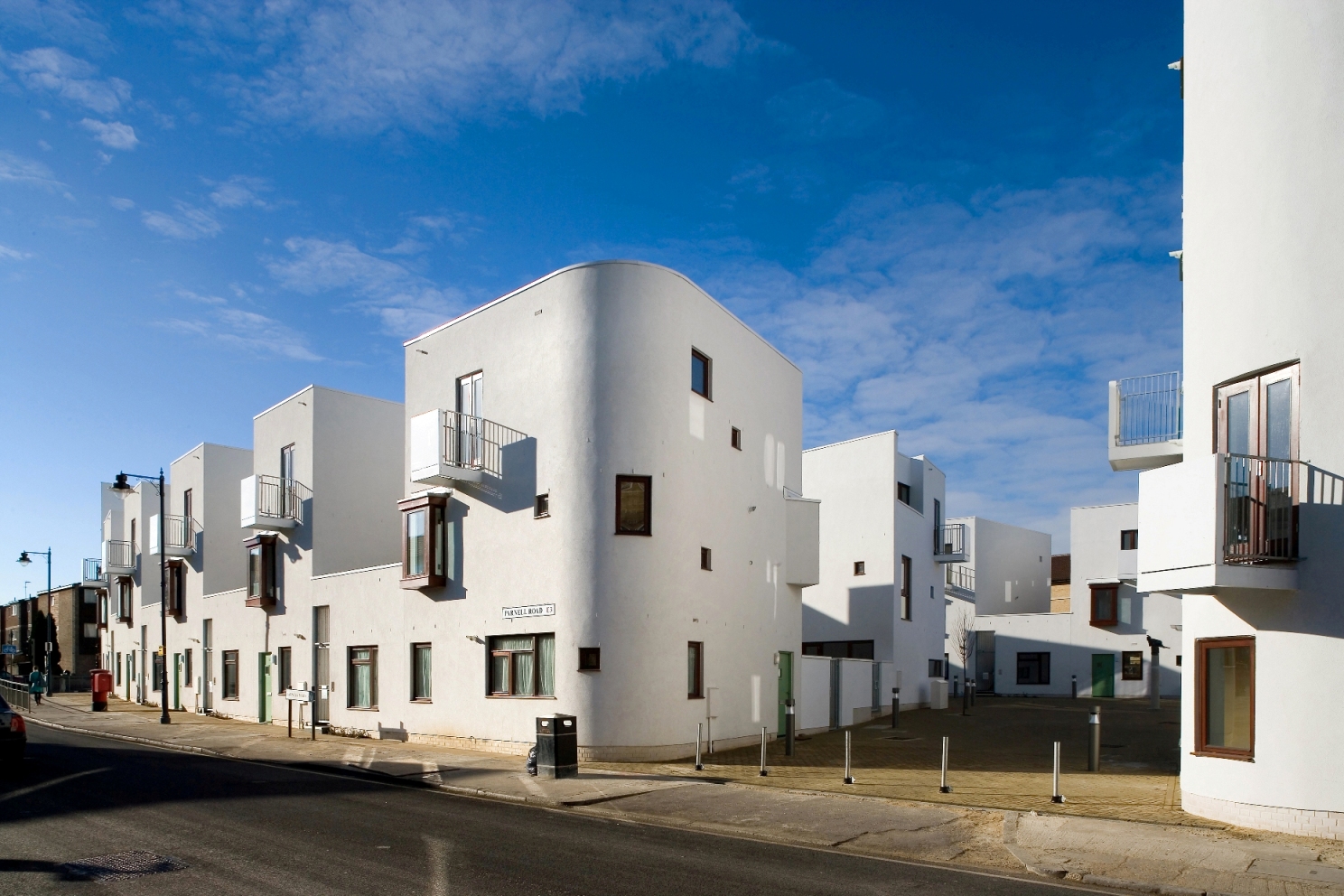 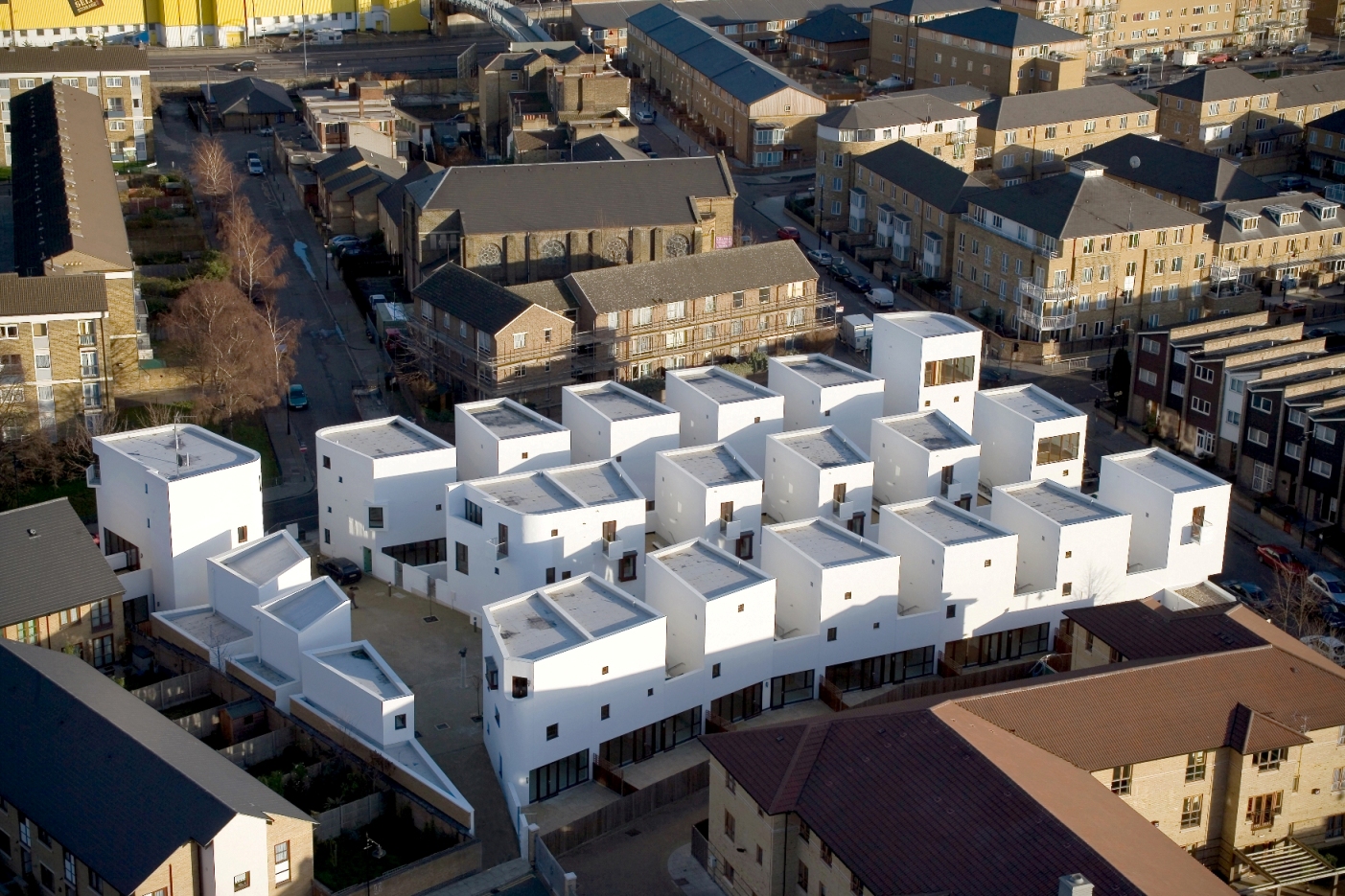 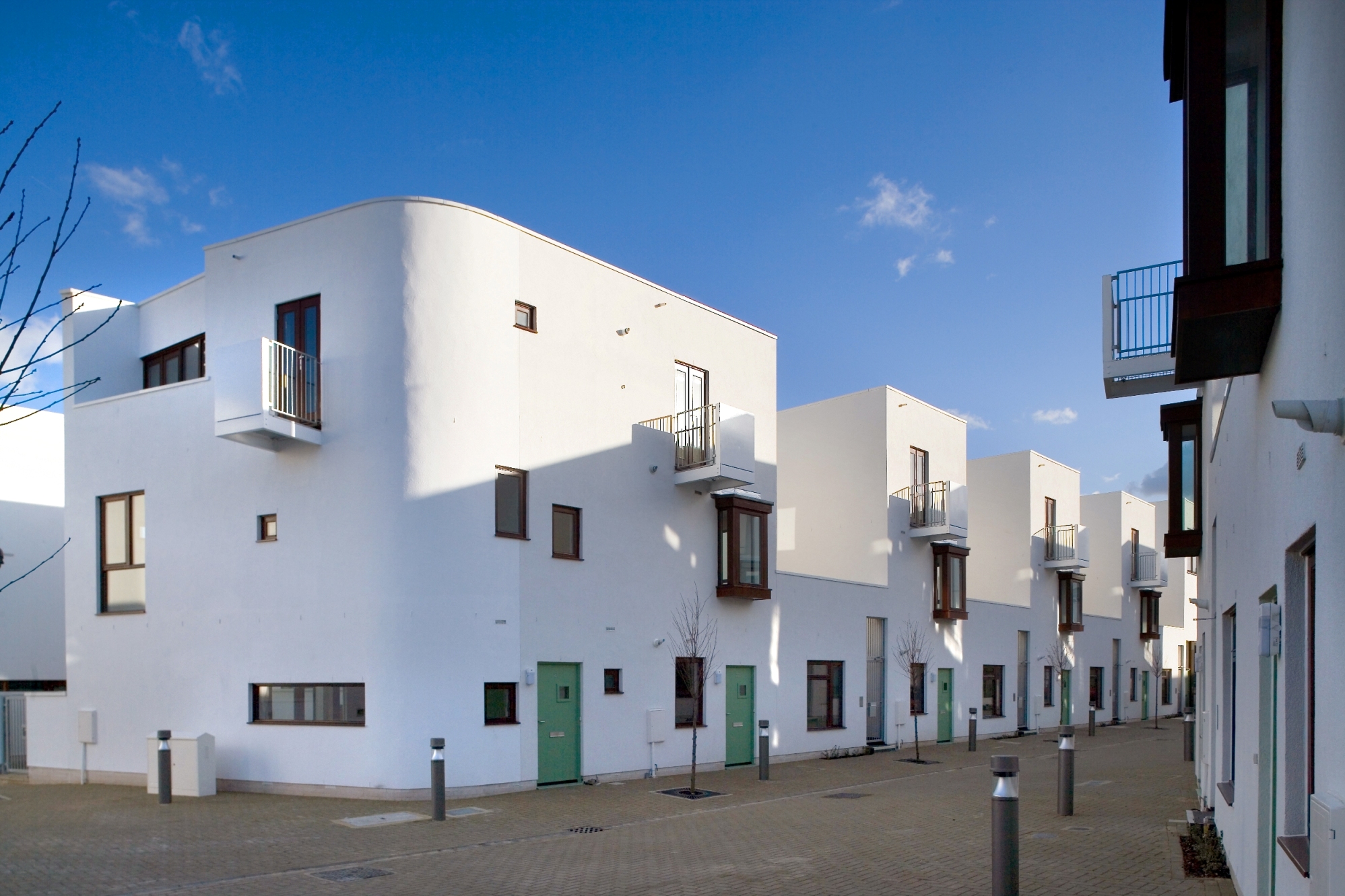 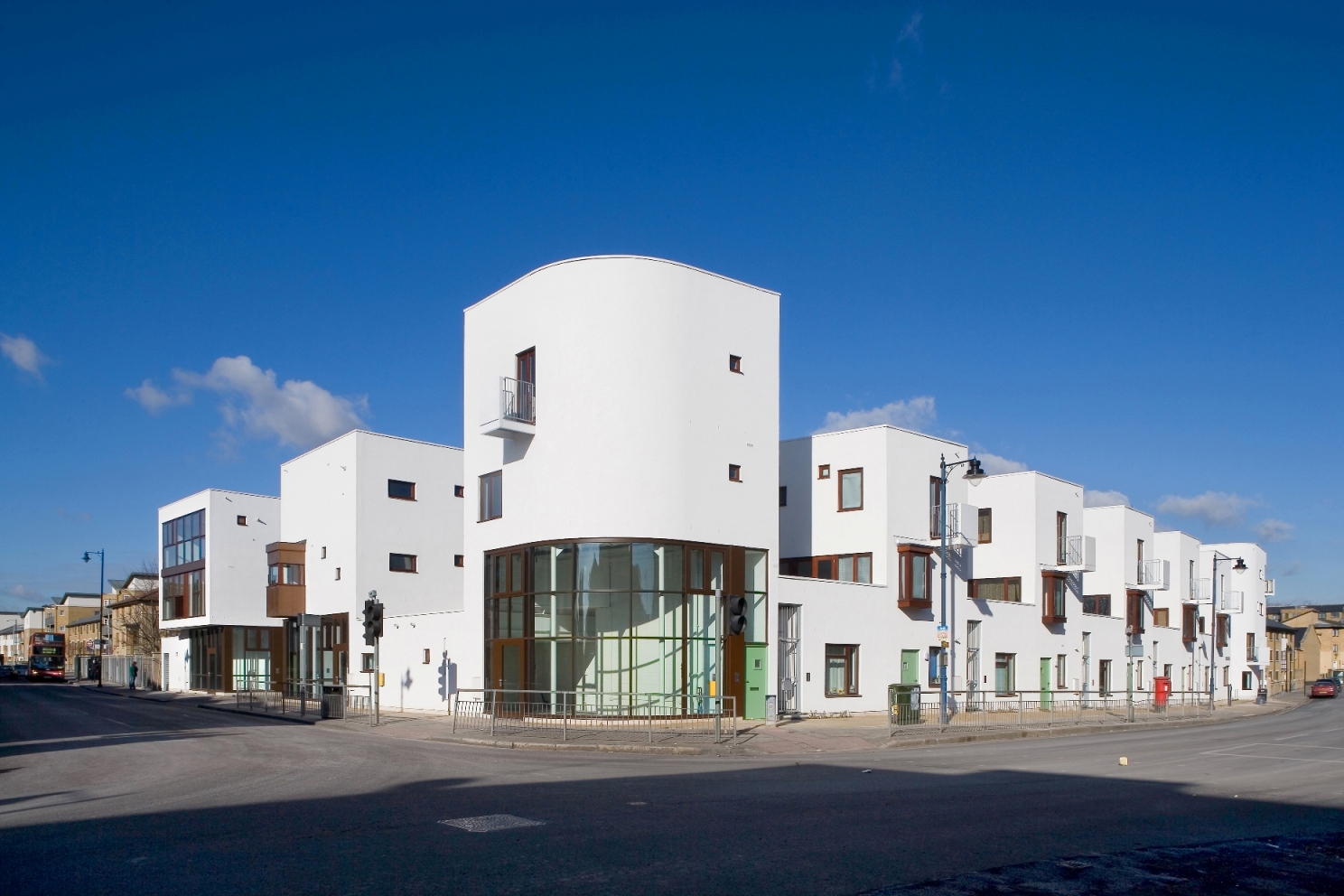 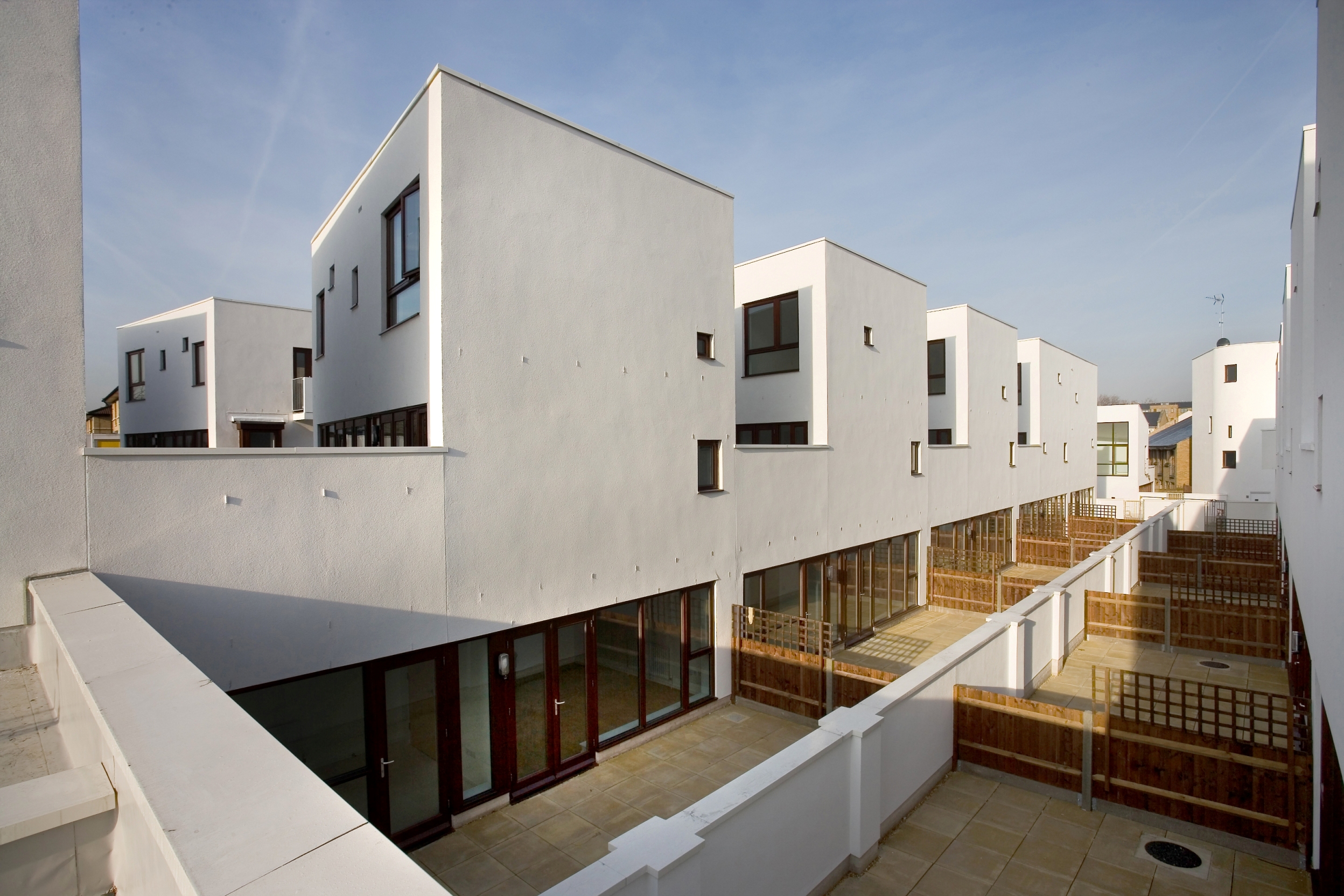 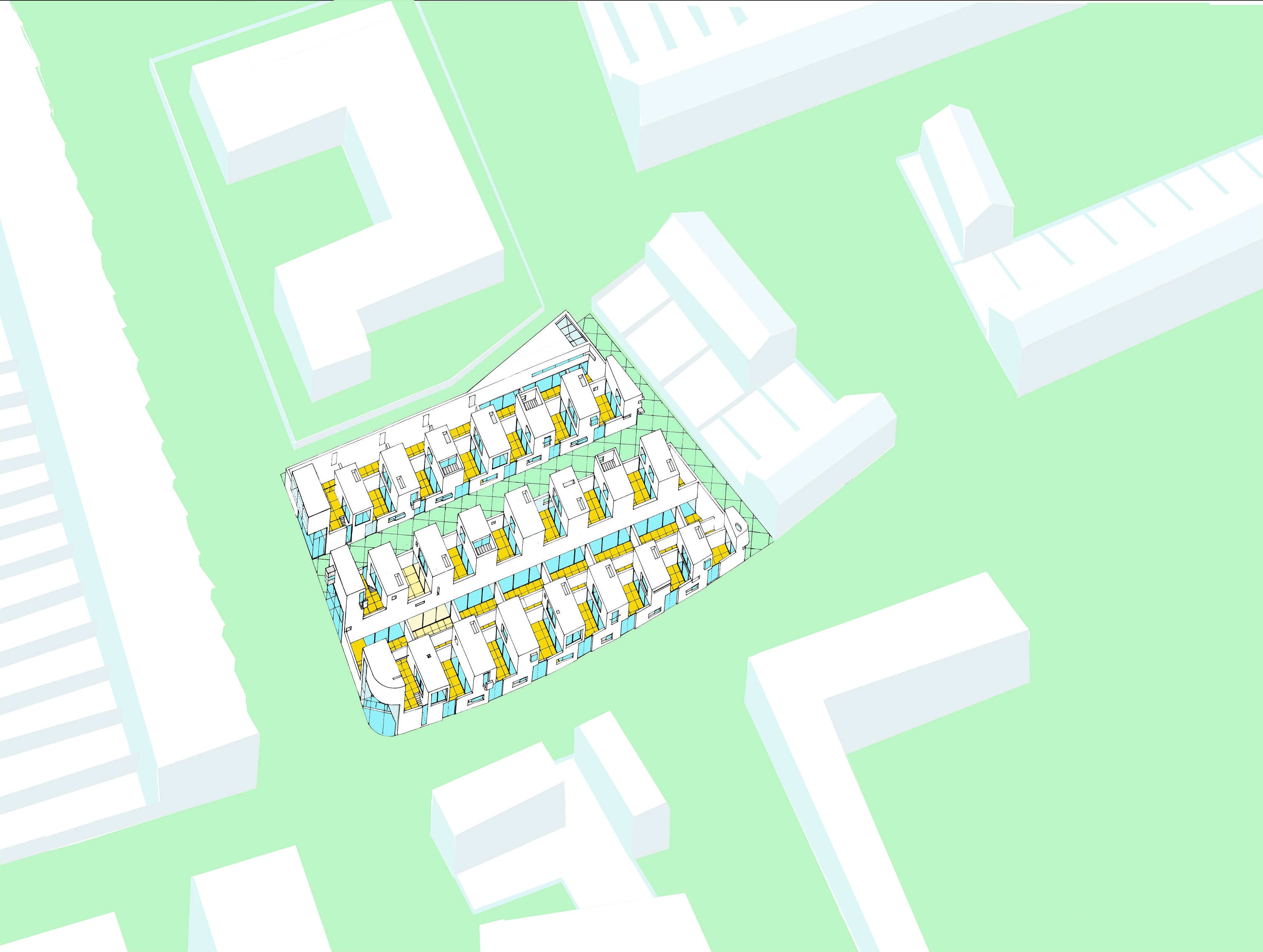 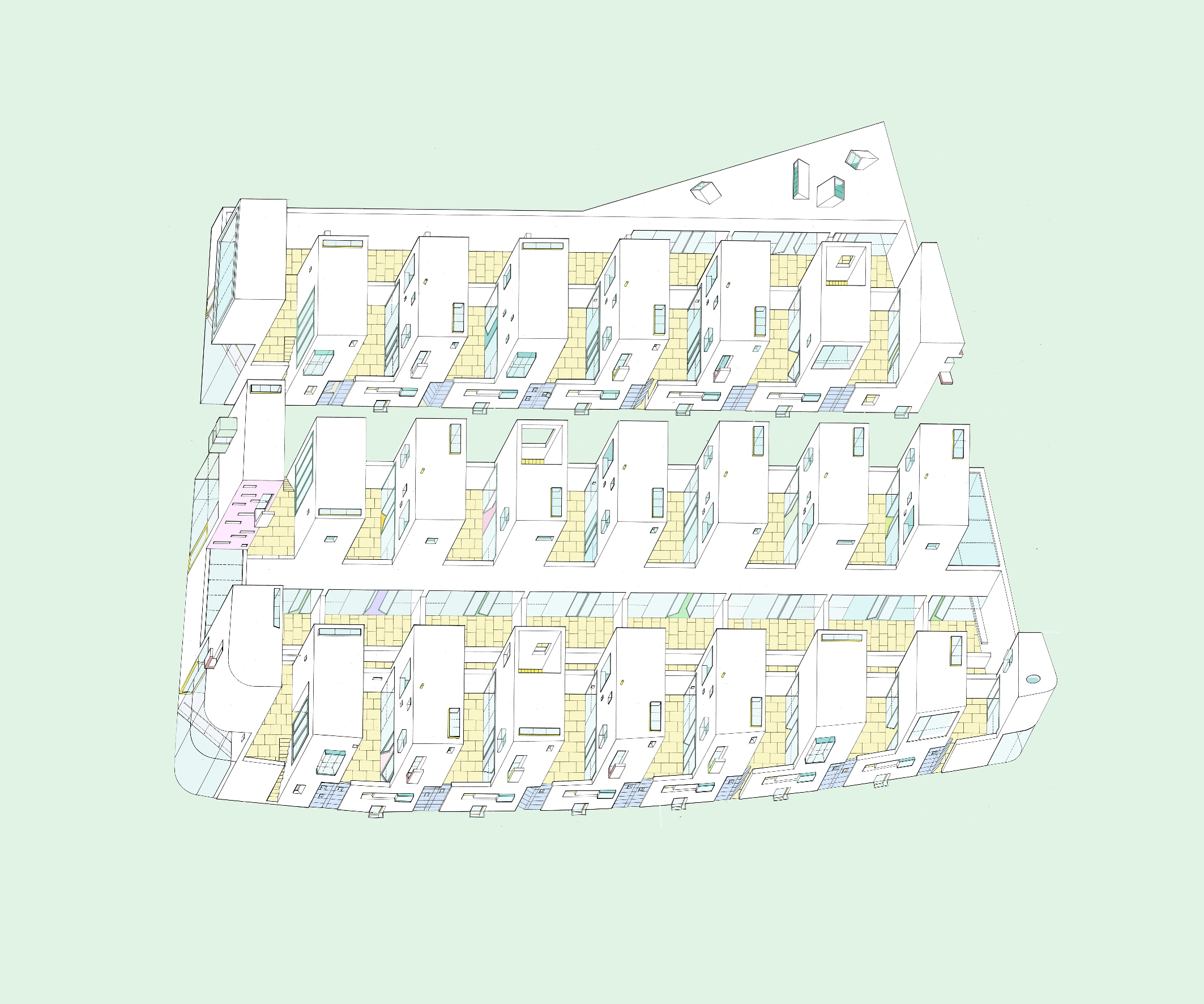 Of which residential: 94%
Public/communal areas: 1%
Facilities for the public: -%
Business/trade: 5%
Offices: -%

“In a decade Donnybrook will be considered as a significant turning point in the culture of British housing. Donnybrook Quarter is one of the most innovative housing projects to be undertaken in Britain for years.” Ellis Woodman, Building Design Magazine, February 2006.

“Barber has just completed the most innovative piece of large-scale housing built in the UK for decades.” Tom Dykhoff, The Times, January 2006.

Donnybrook Quarter was commissioned in 2002 after Peter Barber Architects were selected as winner of the high profile ‘Innovations in Housing competition’ from 150 entries worldwide. The project was completed in 2006 to international critical acclaim. It has since received numerous awards and been published in a multitude of books and publications. It has been heralded as a model for the future of British Housing.

Donnybrook is a low rise, high density street based city quarter in East London. The scheme is laid out around two new tree lined streets which cross the site creating strong spatial connections with adjacent neighbourhoods. The streets intersect at the heart of the scheme with a delightful tree lined square. The project achieves a density of approximately 400 hr/h while remaining only two and three storeys high. Every dwelling has its own front door and good sized garden or terrace. On the busier, southern edge of the scheme the buildings rise to three storeys with a terrace of shops occupying the ground floor.

Throughout the project public space is heavily overlooked by the residents on either side. Balconies and oriel windows overhang the street, terraces and the numerous front doors create a sense of ownership and the opportunity for personalisation (pots, deck chairs, hanging baskets)

– All of the For Sale dwellings sold off plan