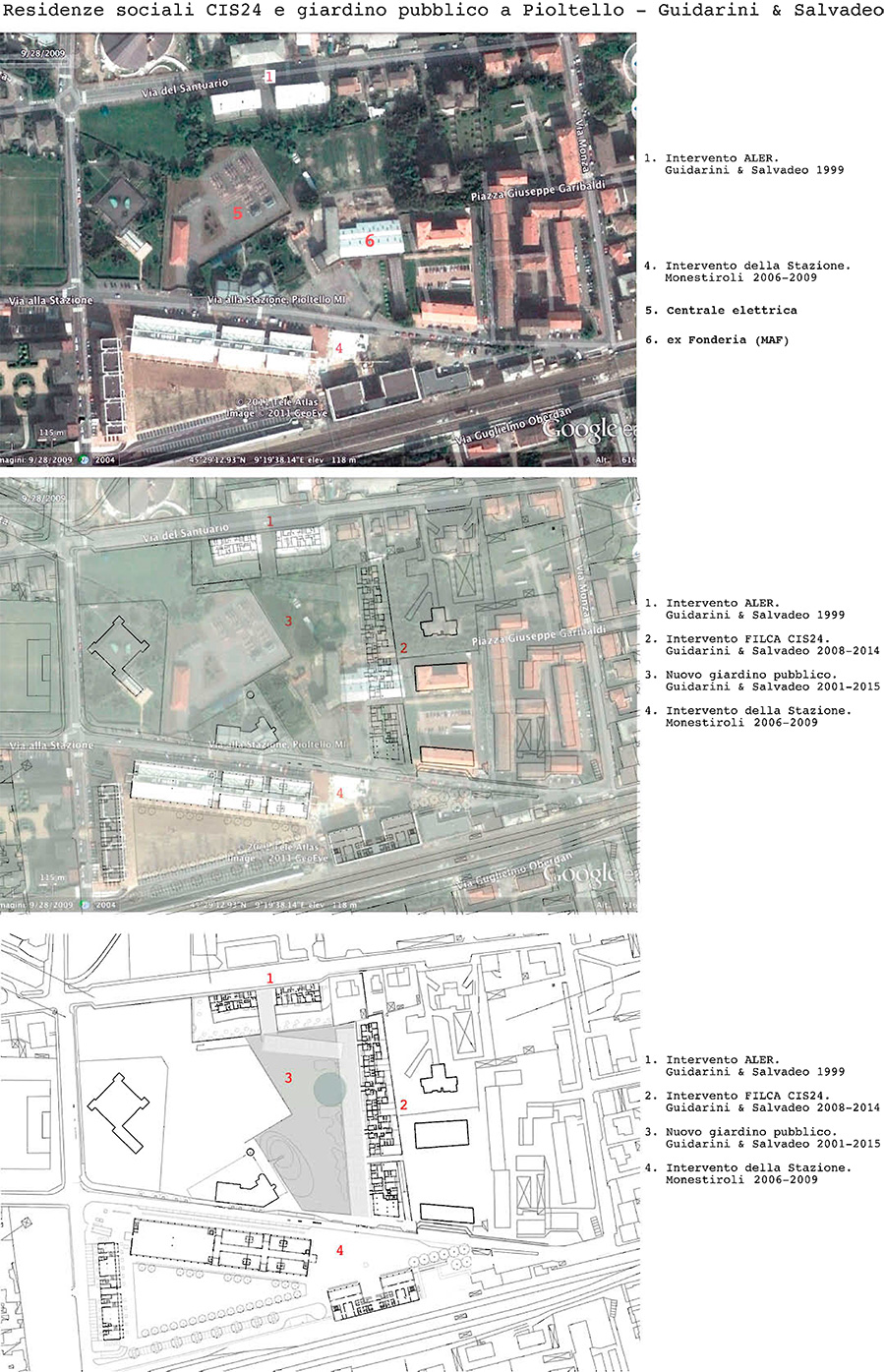 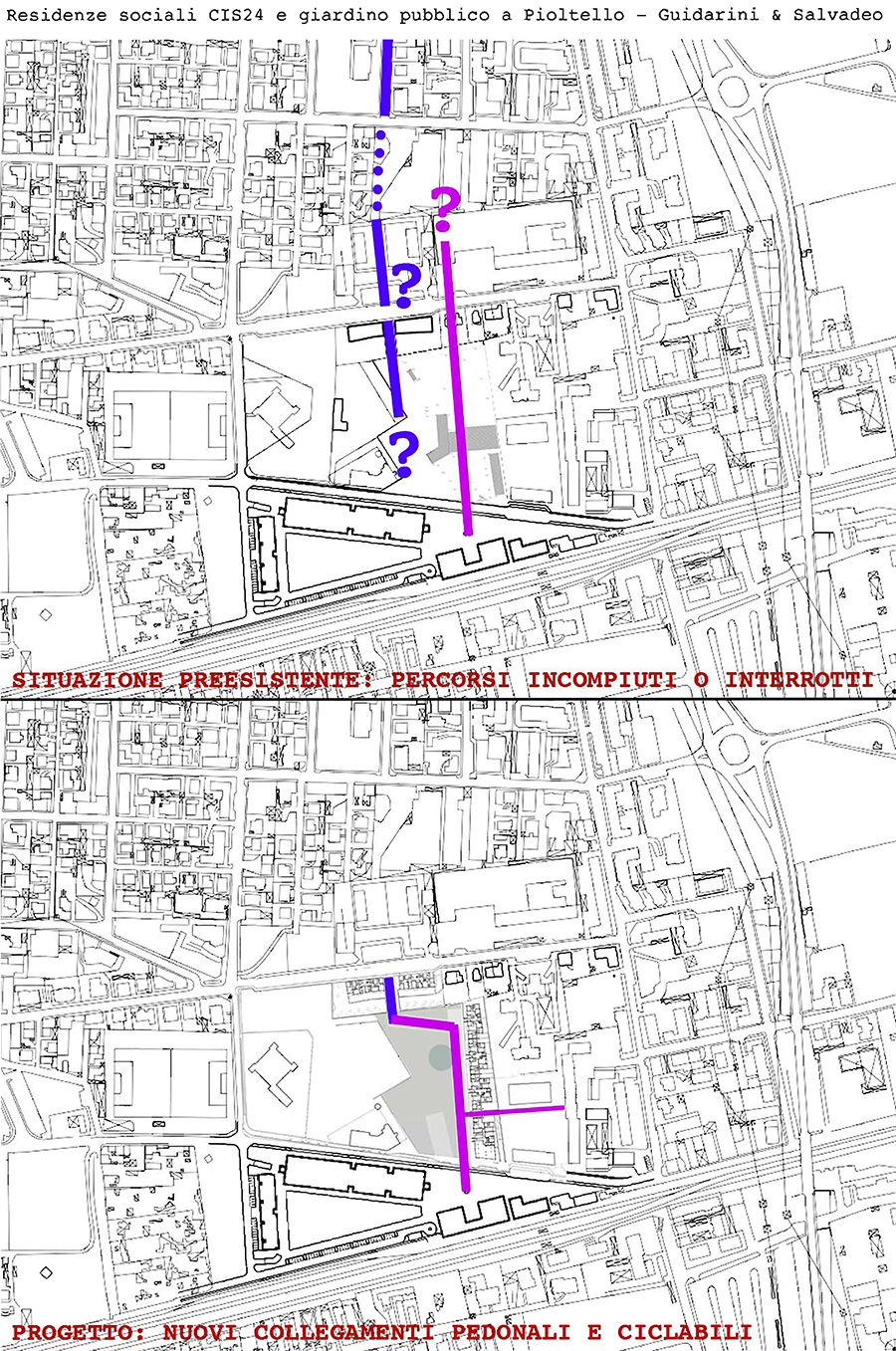 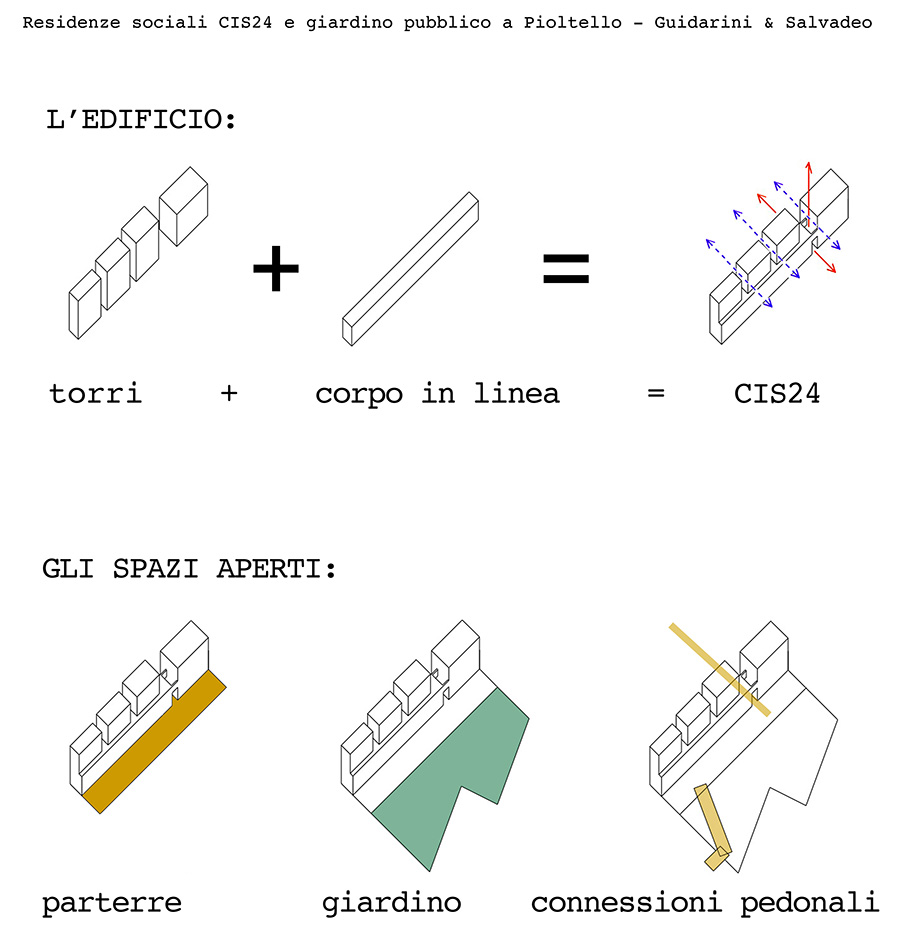 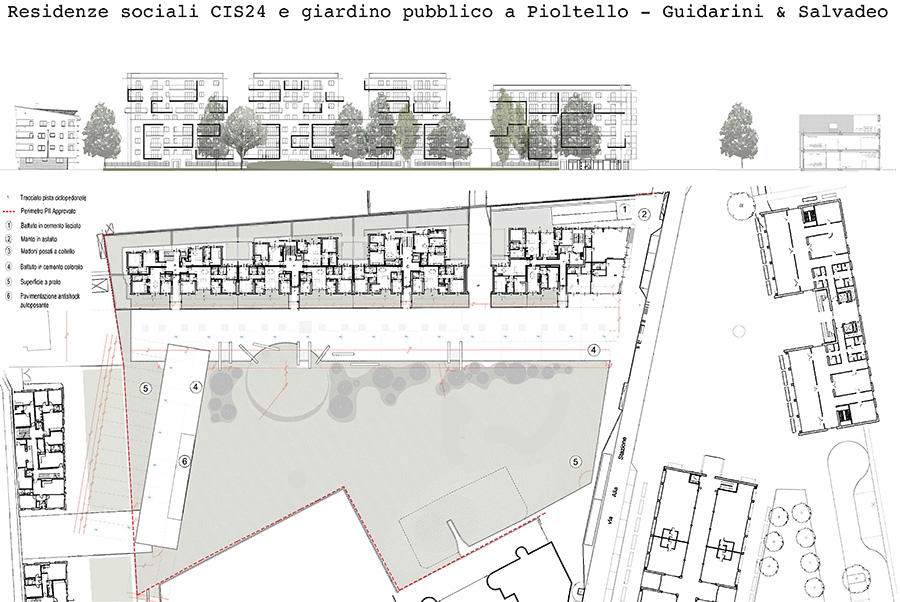 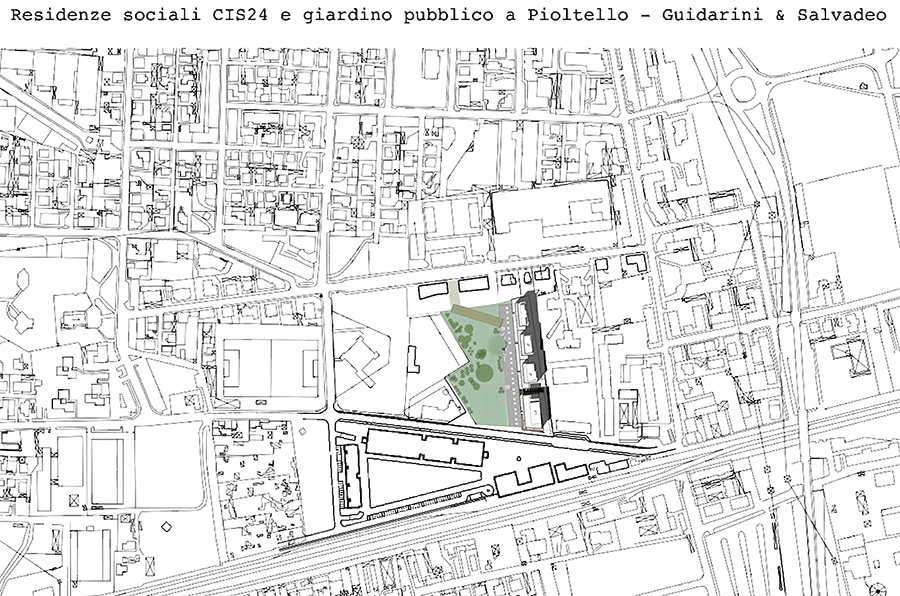 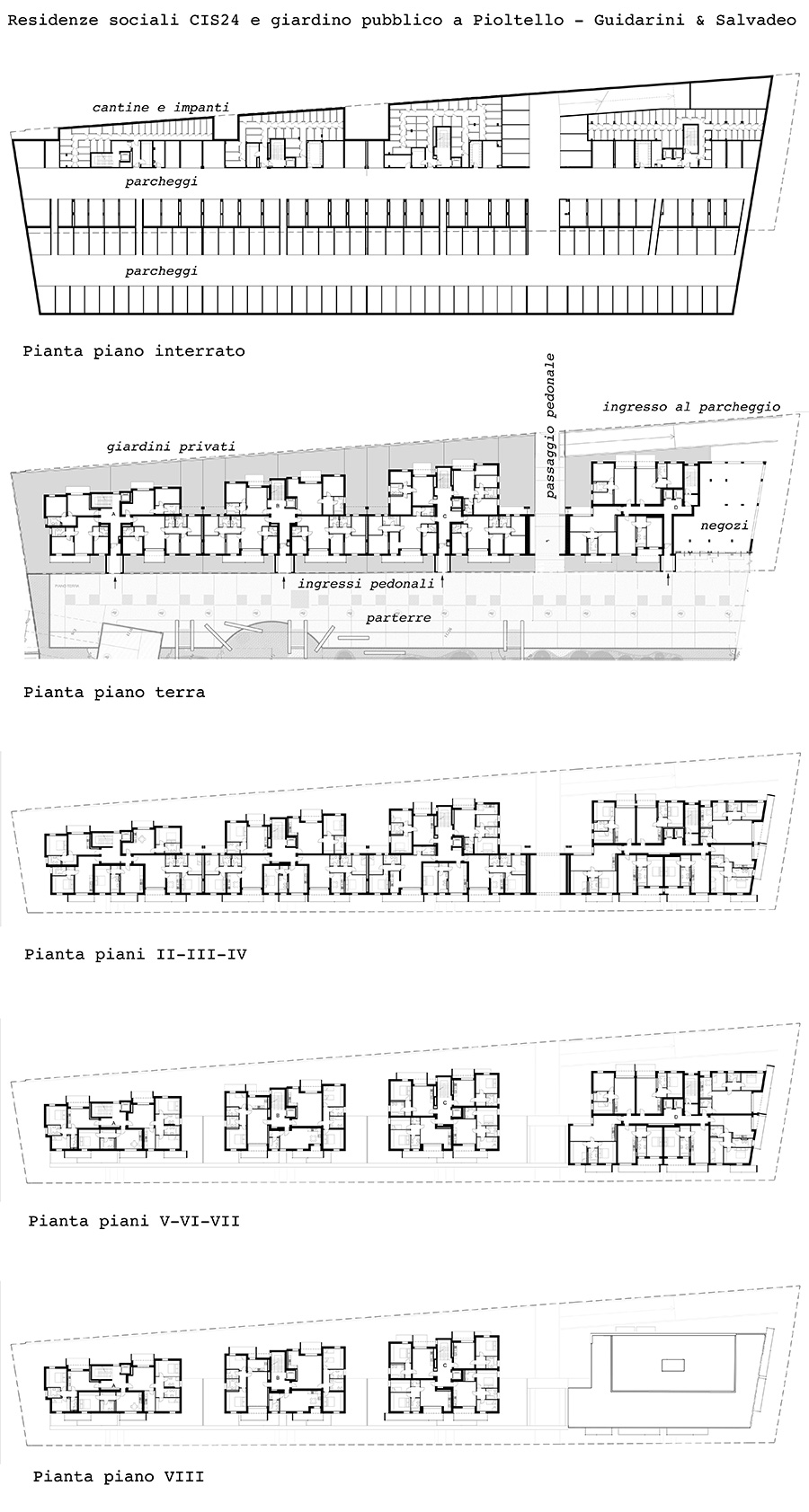 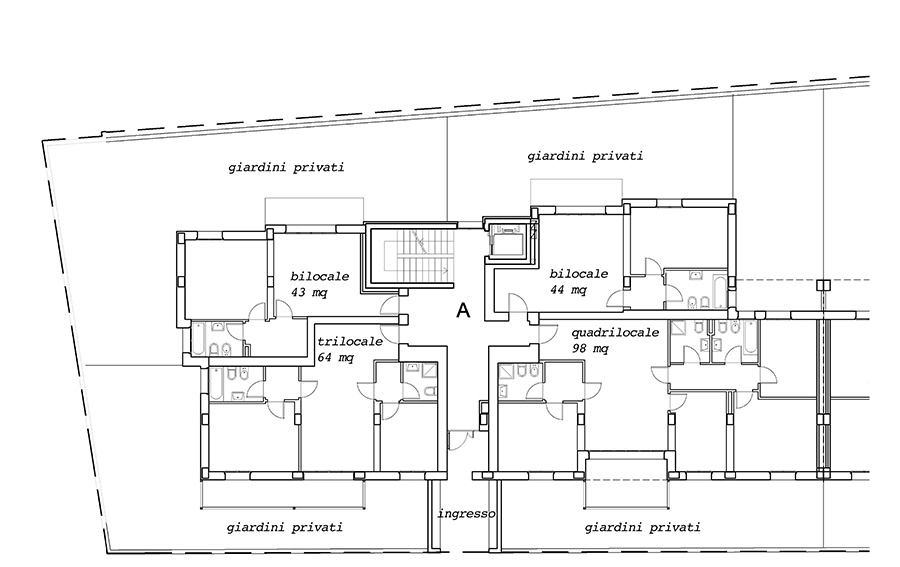 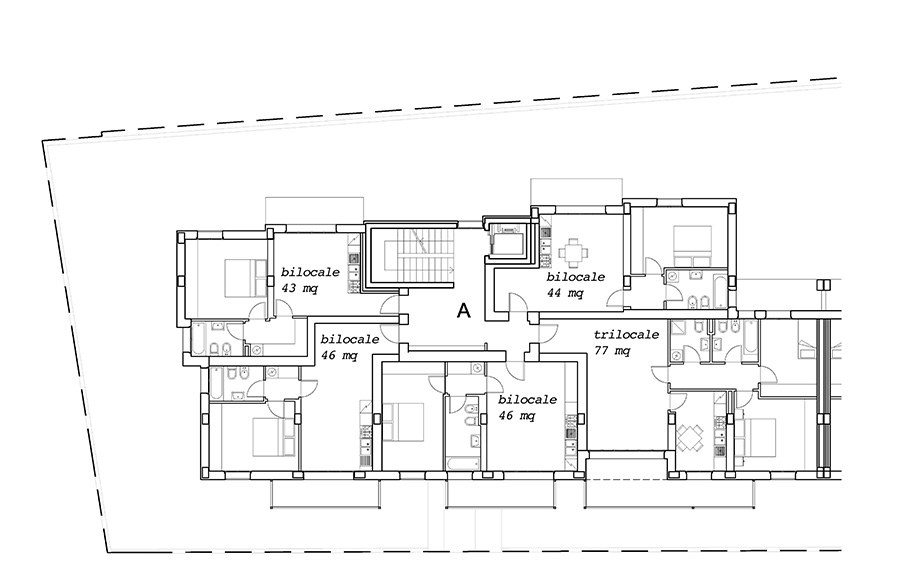 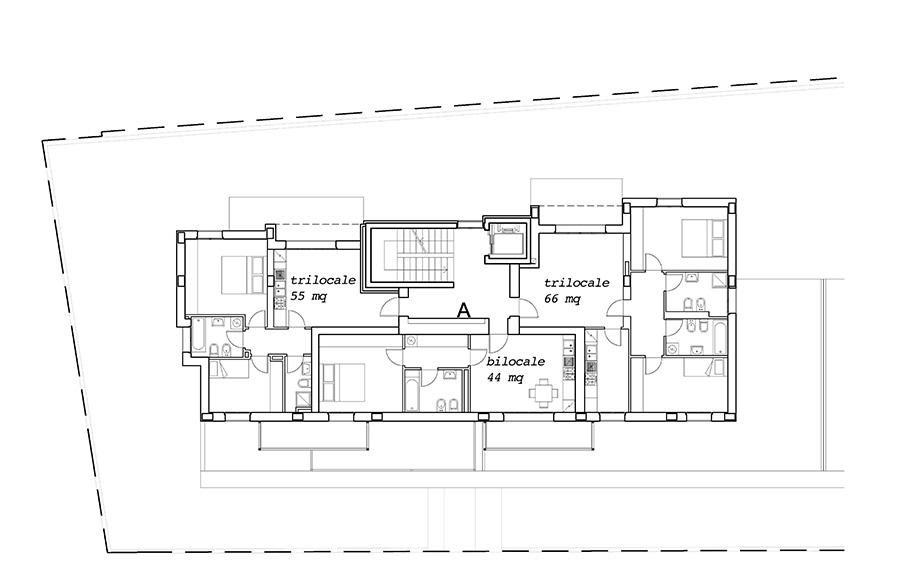 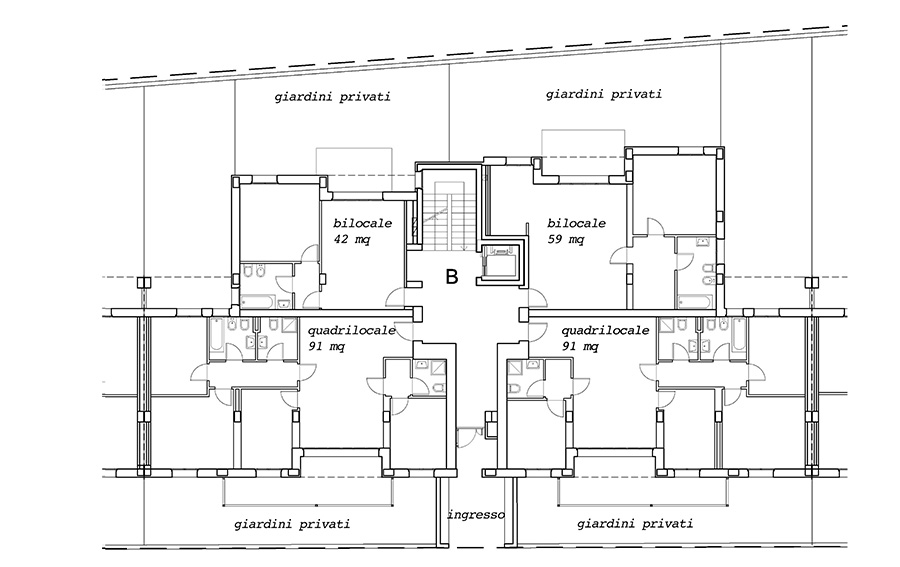 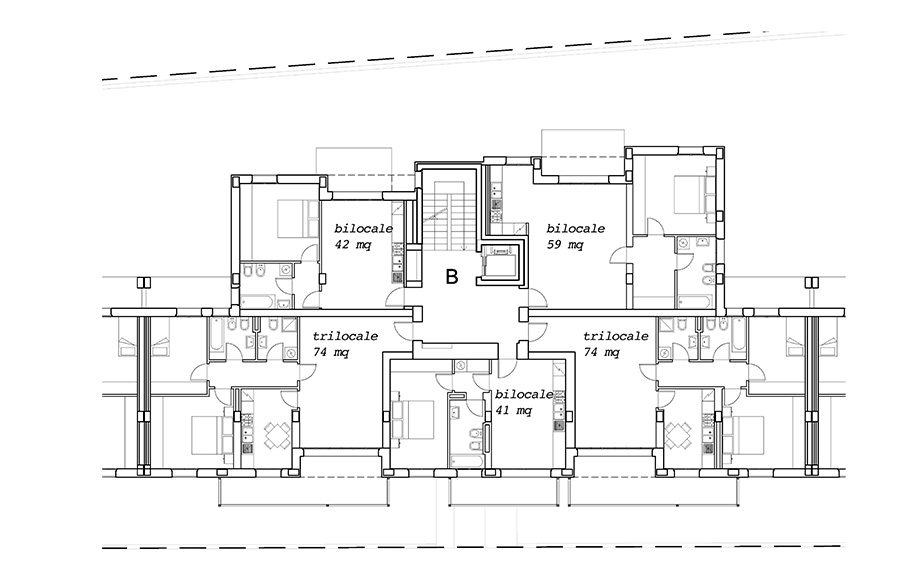 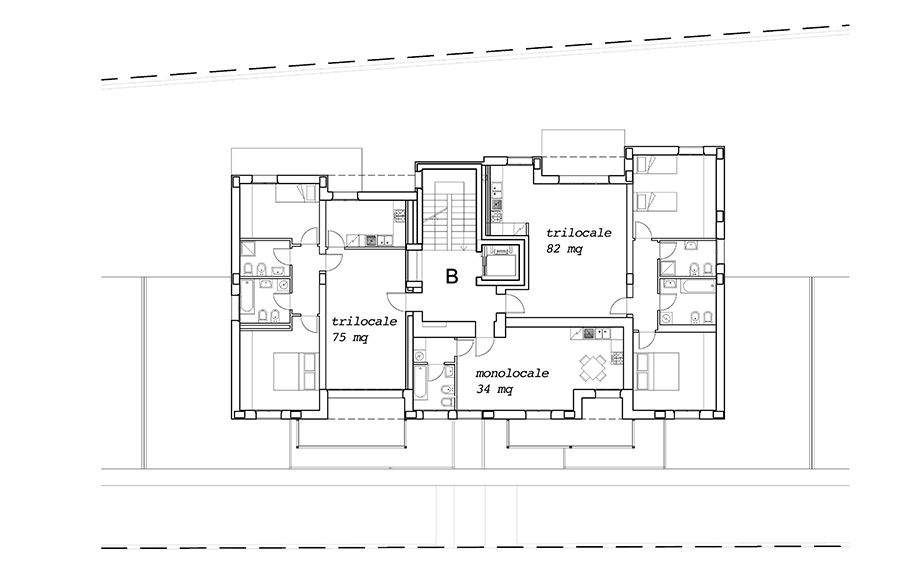 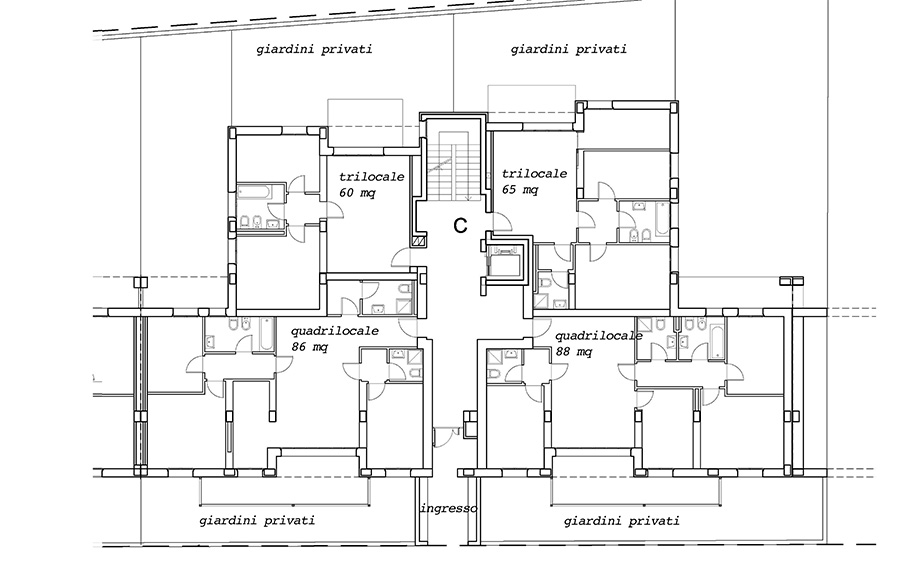 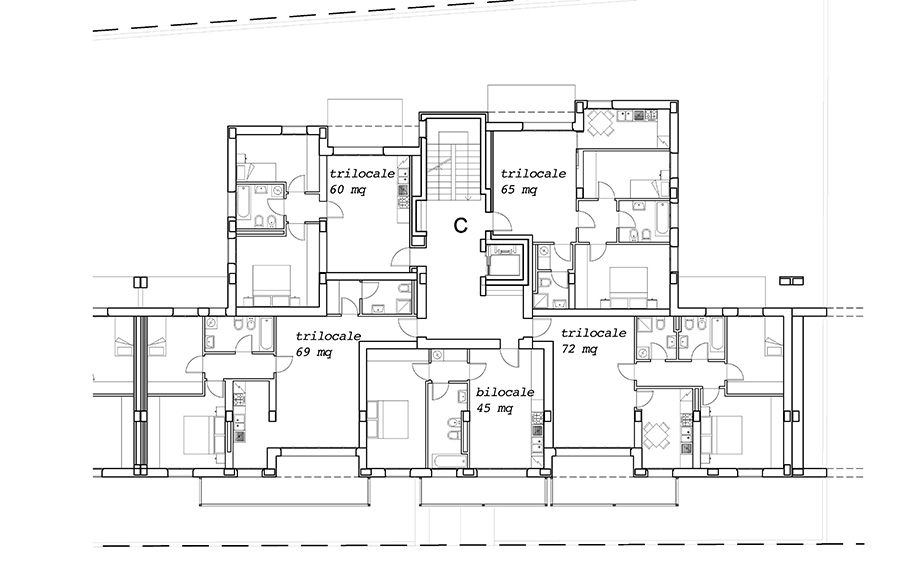 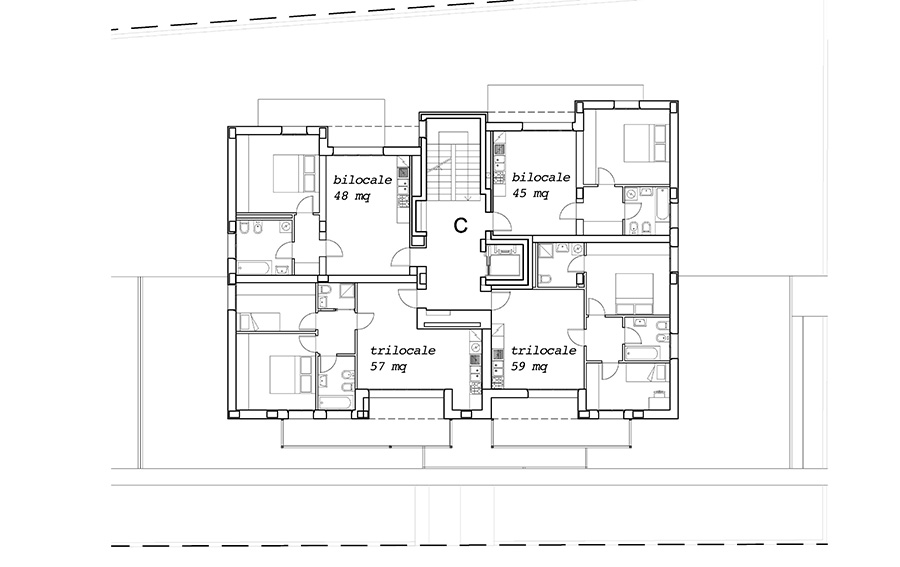 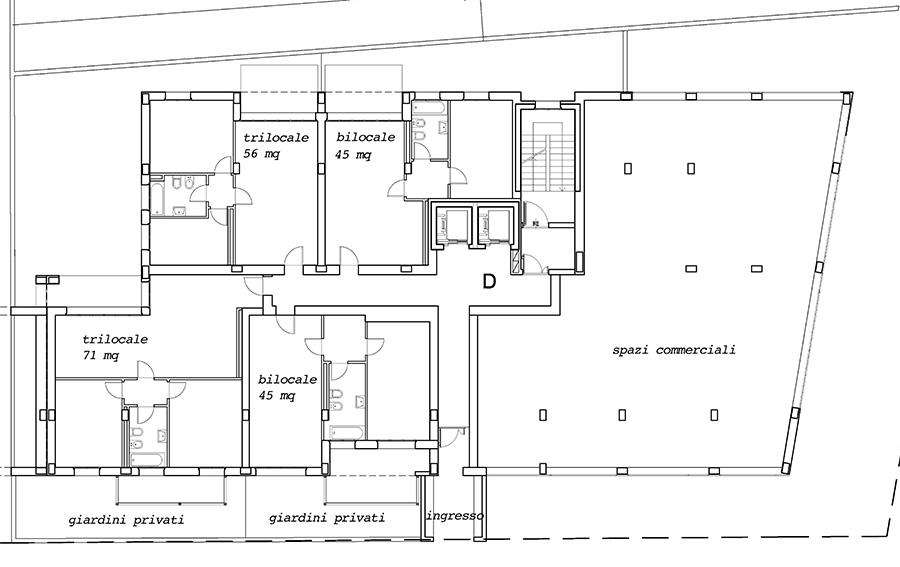 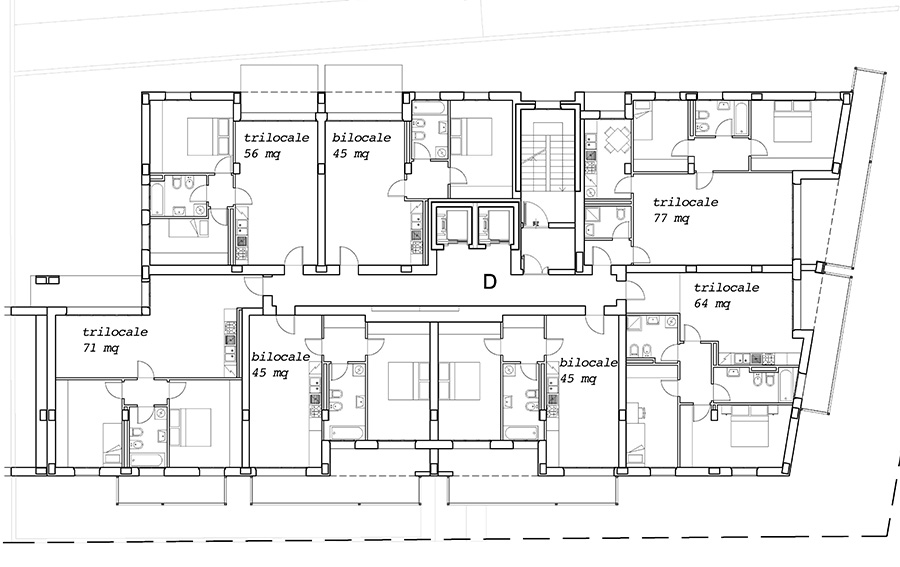 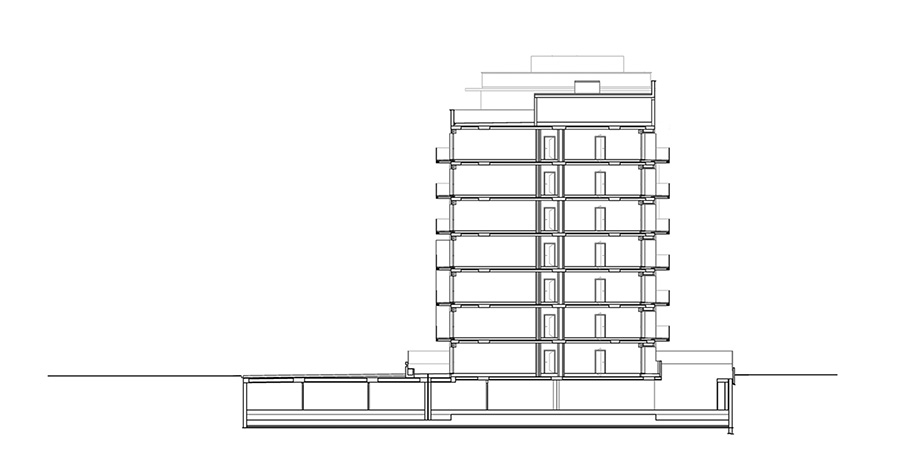 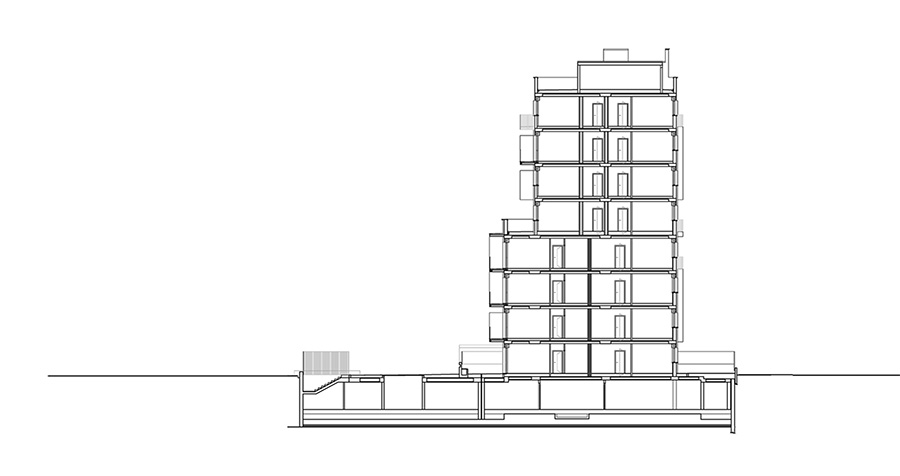 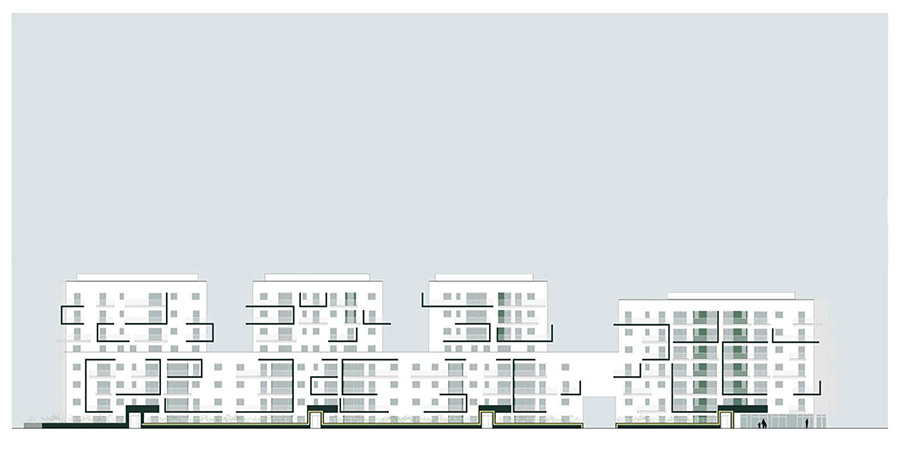 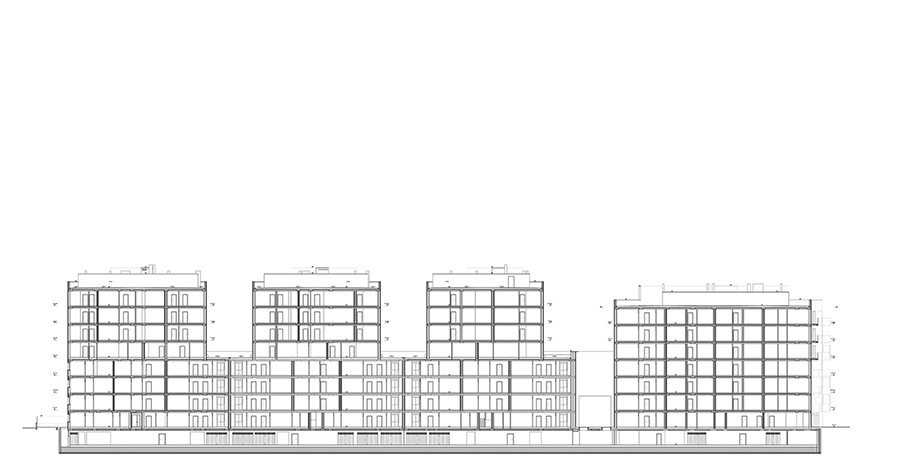 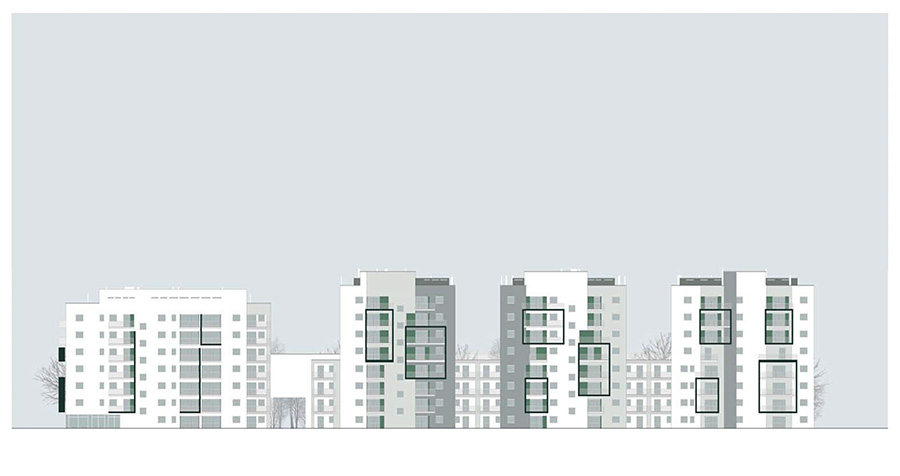 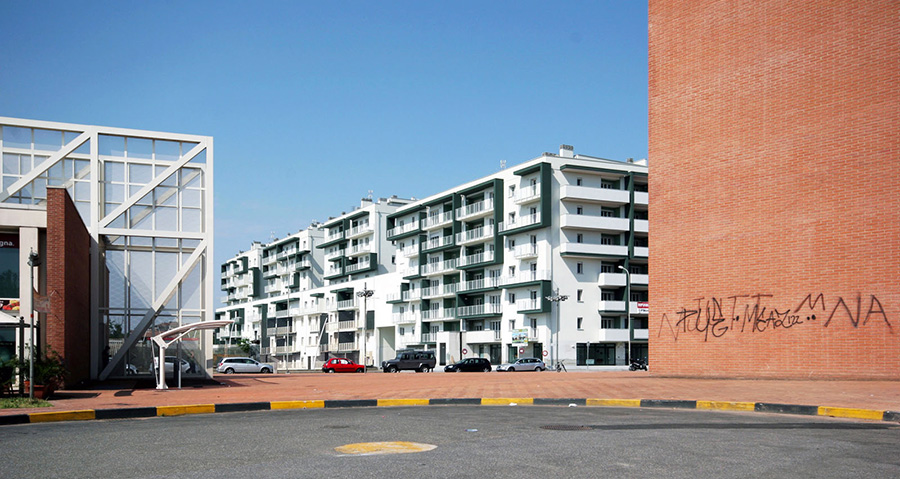 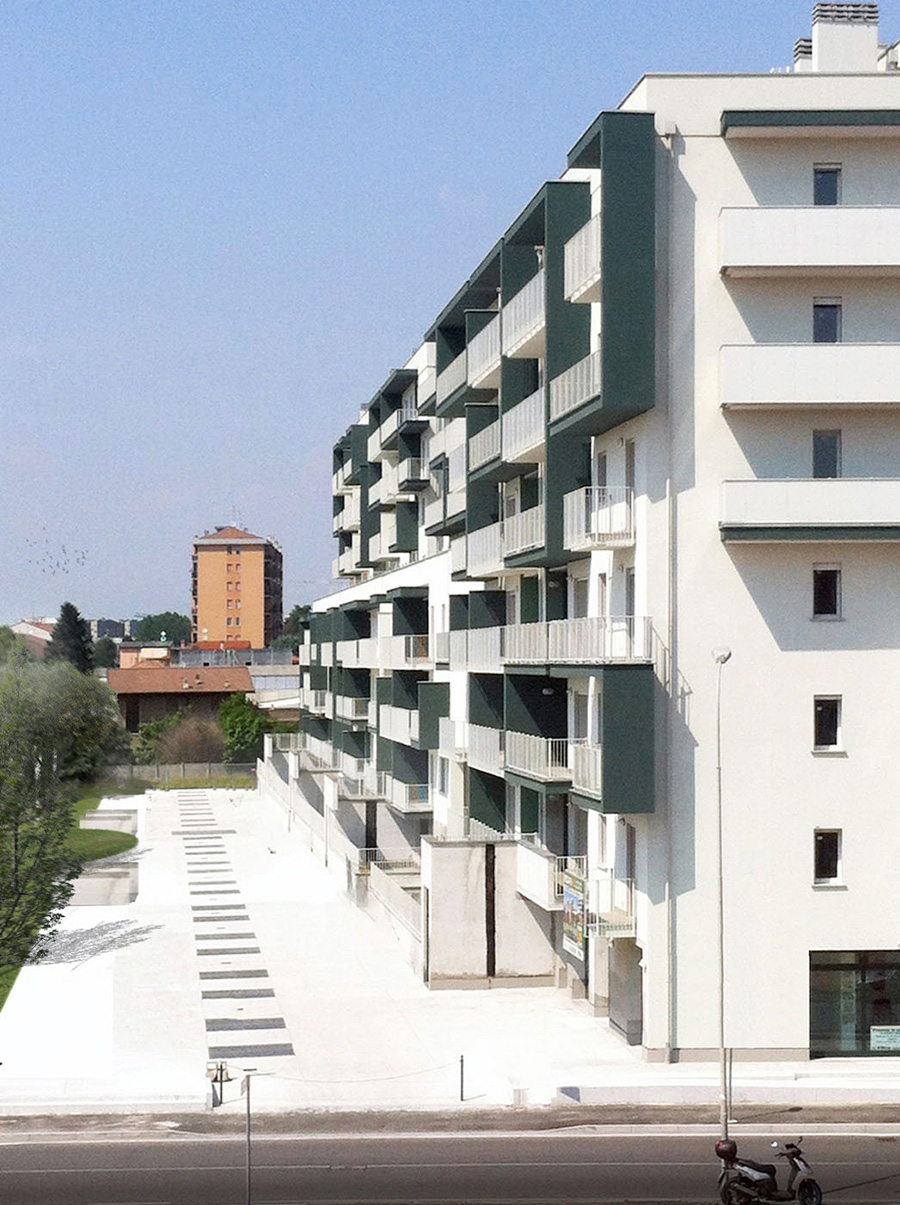 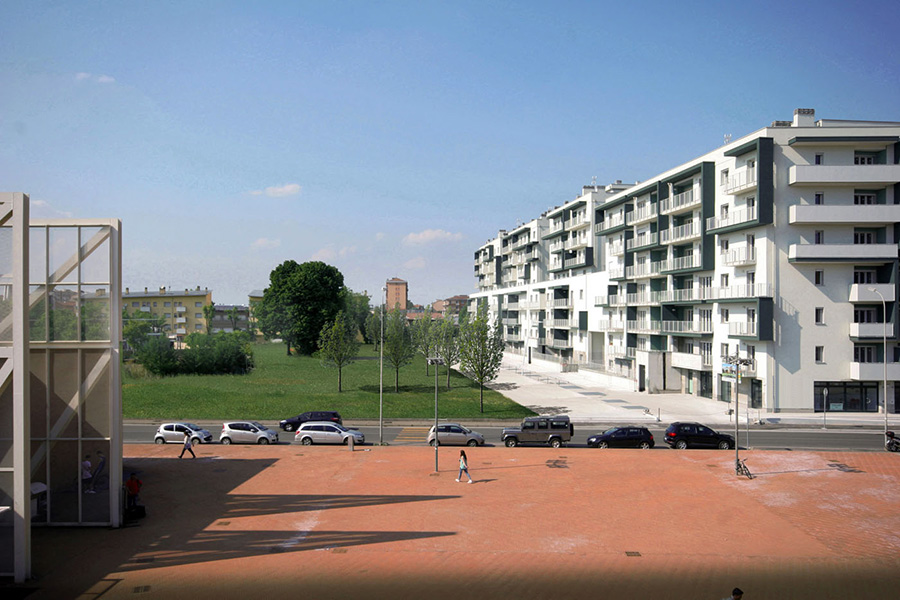 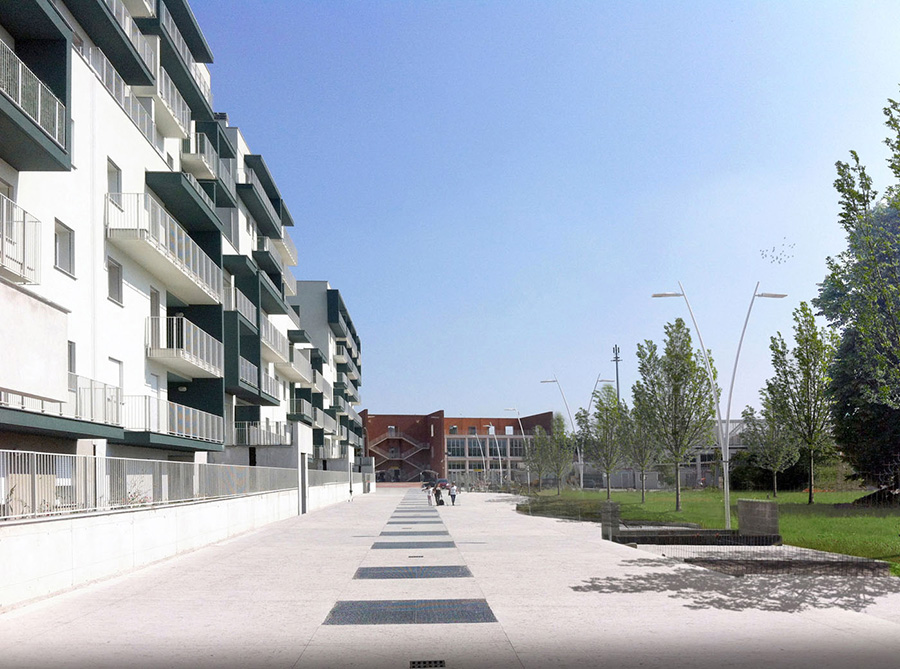 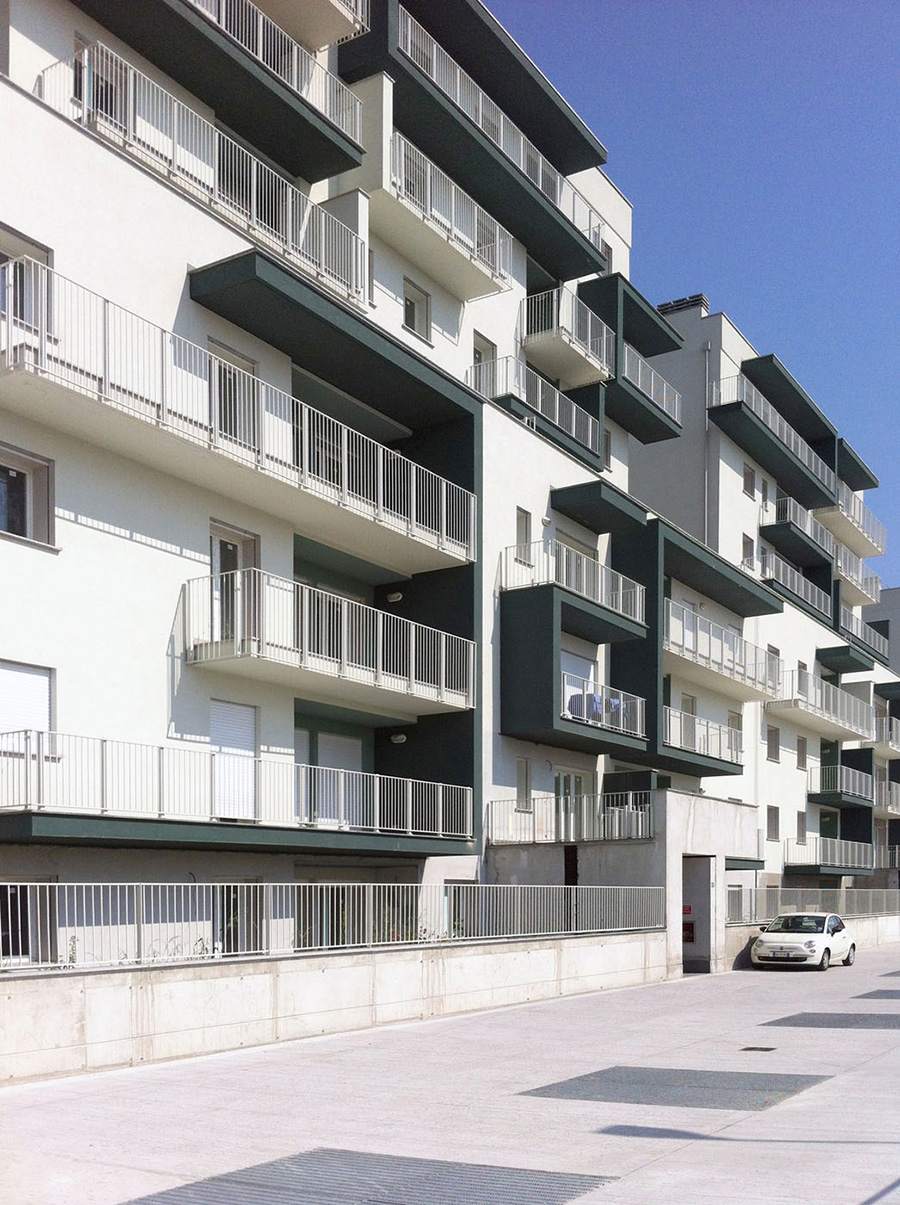 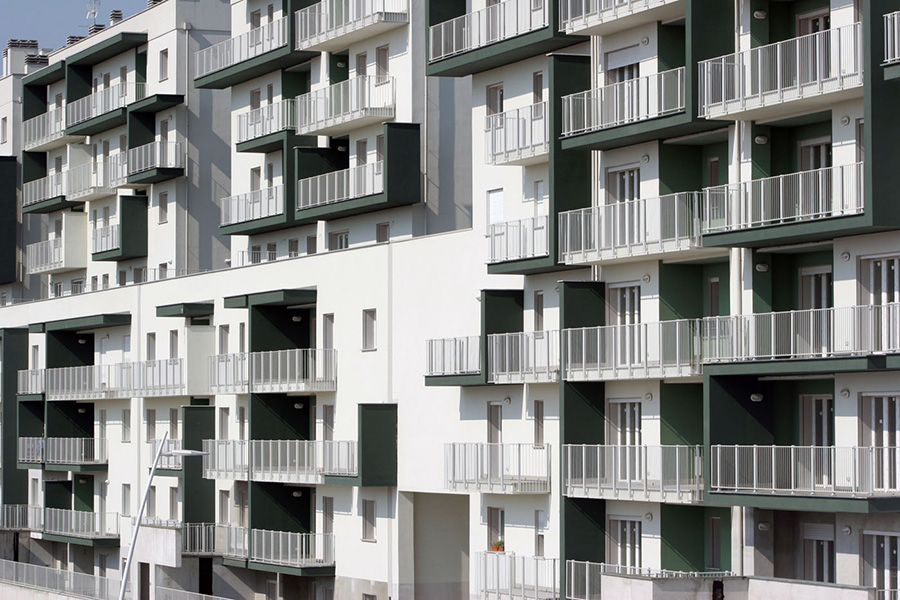 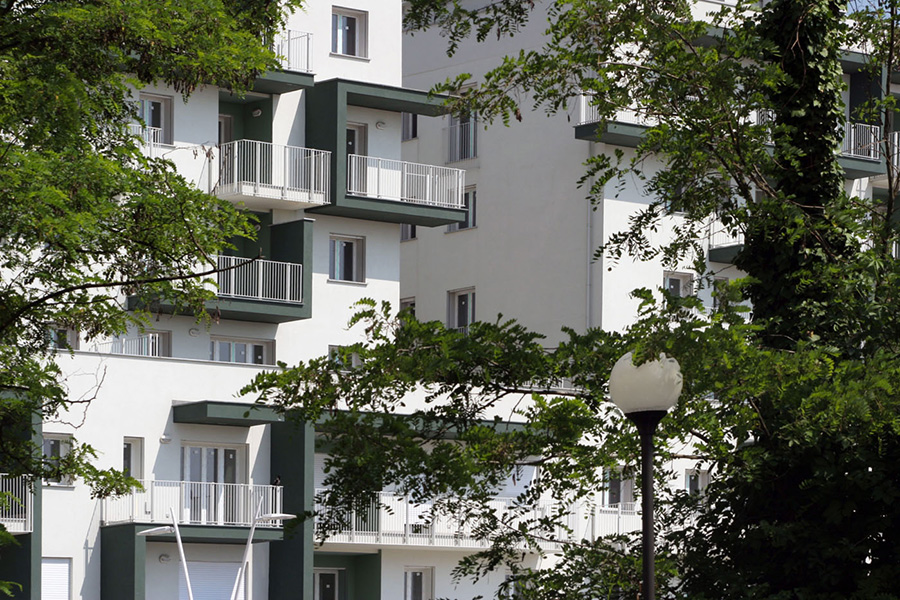 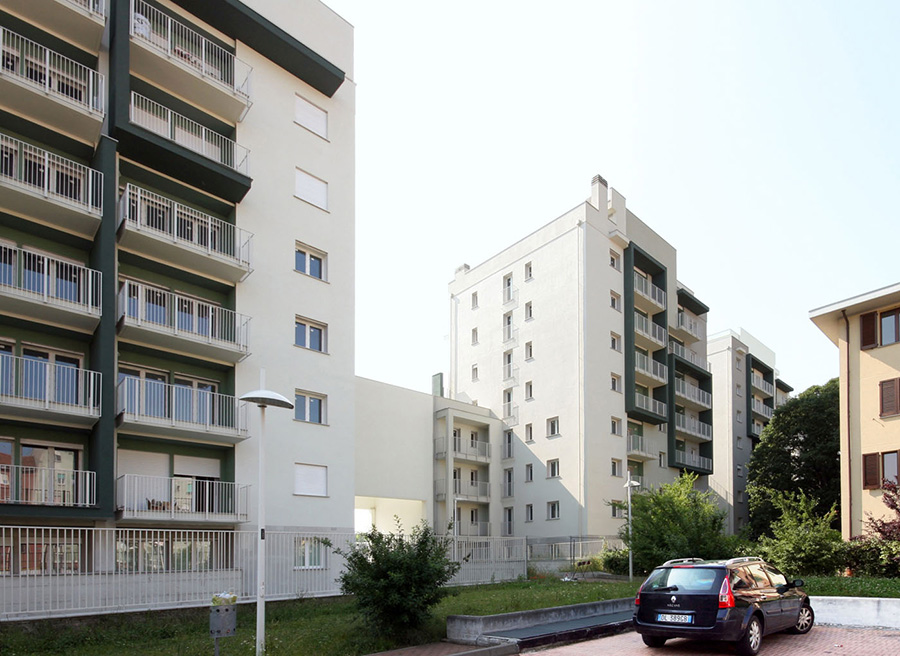 Recommending party
The project has been submitted by: Stefano Guidarini

In 2006 the town of Pioltello had to tackle a housing emergency when a number of families faced eviction after the two buildings they lived in were put up for sale. This problem was the start of the social housing operation agreed by the Filca Co-operative and Pioltello town council. Filca undertook the task of buying the two buildings and renting accommodation in them to the residents at an affordable rent. In return it got the right to build a new social housing project on land belonging to the council.

The area in municipal ownership was between the railway station and the old power station. In environmental terms the project takes up a minimum of land, since the site is an area previously occupied by an industrial building (a metal foundry).

The project includes the creation of a new public garden with a paved parterre alongside the building, cycle ways, a lawn, playgrounds and wooded areas – all defining a new system of public places. New local links for pedestrians were also planned: a footpath traverses the building at ground level, linking the new garden with the residential area to the east; a connection with the two existing low-cost public buildings in the north side has been established by a paved area connecting the new parterre with the earlier footpath.

The residential building takes up the full length of the area, some 145 metres running north-south. In view of the building’s length and to avoid the impact of a monolithic block, it was decided to use a sort of hybrid type: a four-storey linear block with three tower blocks set into it and rising another four floors. This means that the building is not perceived as a continuous wall but as an organized ensemble of different parts, allowing for the passage of air and light. This combination of tower and linear types, enables nearly all the apartments to have two exterior walls. Each staircase in the linear block serves between five and seven apartments per floor.

The individual apartments are designed around the living room as big as possible, with some scope for internal reorganization as desired.

The two facades, the western overlooking the garden and the eastern towards other housing, are treated very differently. On the garden side the building’s horizontal aspect is predominant. The balconies are highlighted with an independent design describing a large-scale decorative motif going all the way along the facade with open “L”, “C” and “U” shapes in dark green. These shapes intersect with the lines of the rest of the balconies, which will be coloured light green like the building.

At the opposite side, on the other hand, the building’s impact is mainly vertical, in keeping with its scale and the different characteristics of the open spaces. Here the frontages are decorated with stripes of vertical colour to emphasize the fragmentation of the volumes, and giant ladder-like forms enclosing the balconies produce closed rectangular shapes.

The building is highly energy-efficient, being constructed to an agreed standard which corresponds to Energy Class “A” under Italian legislation.