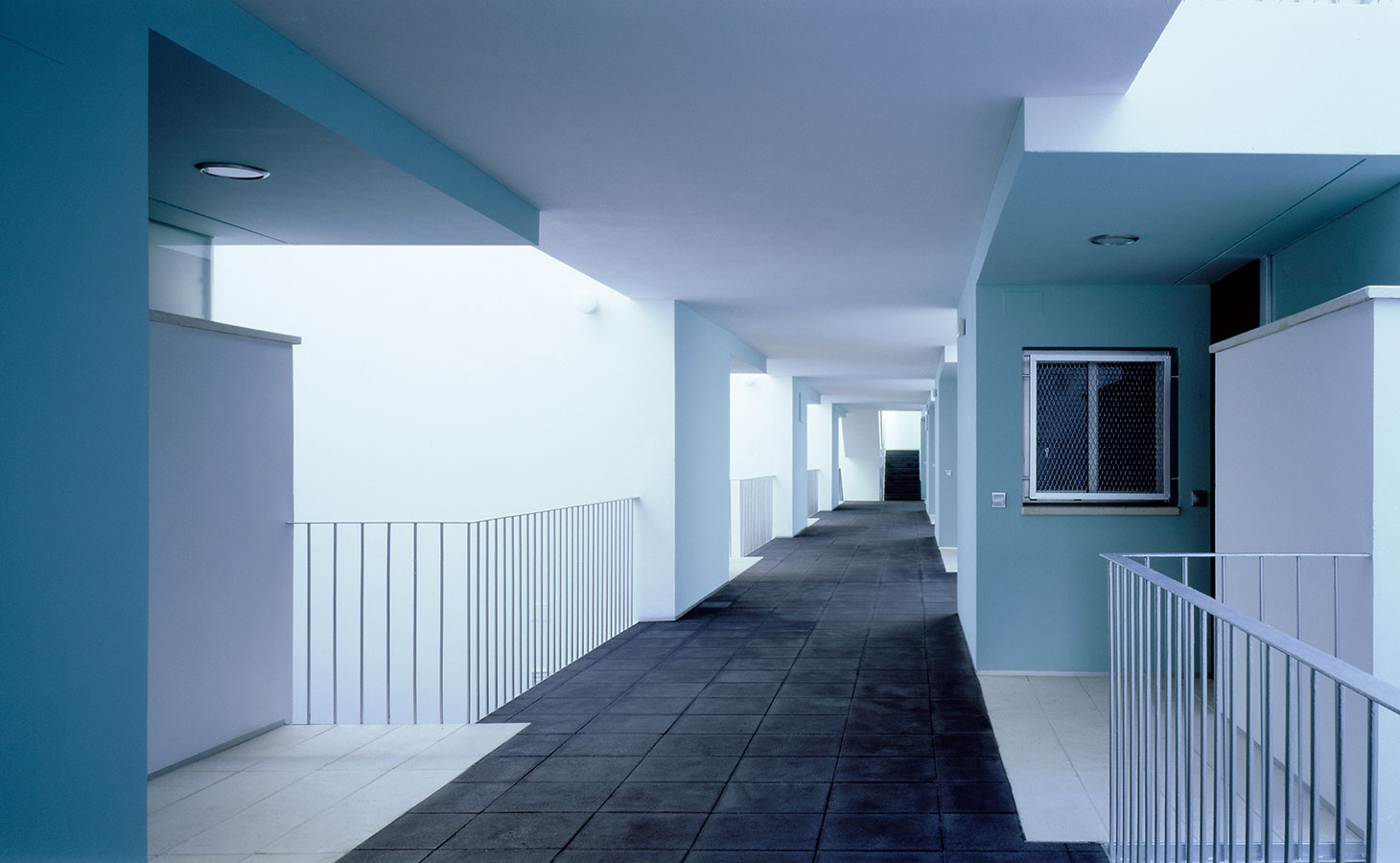 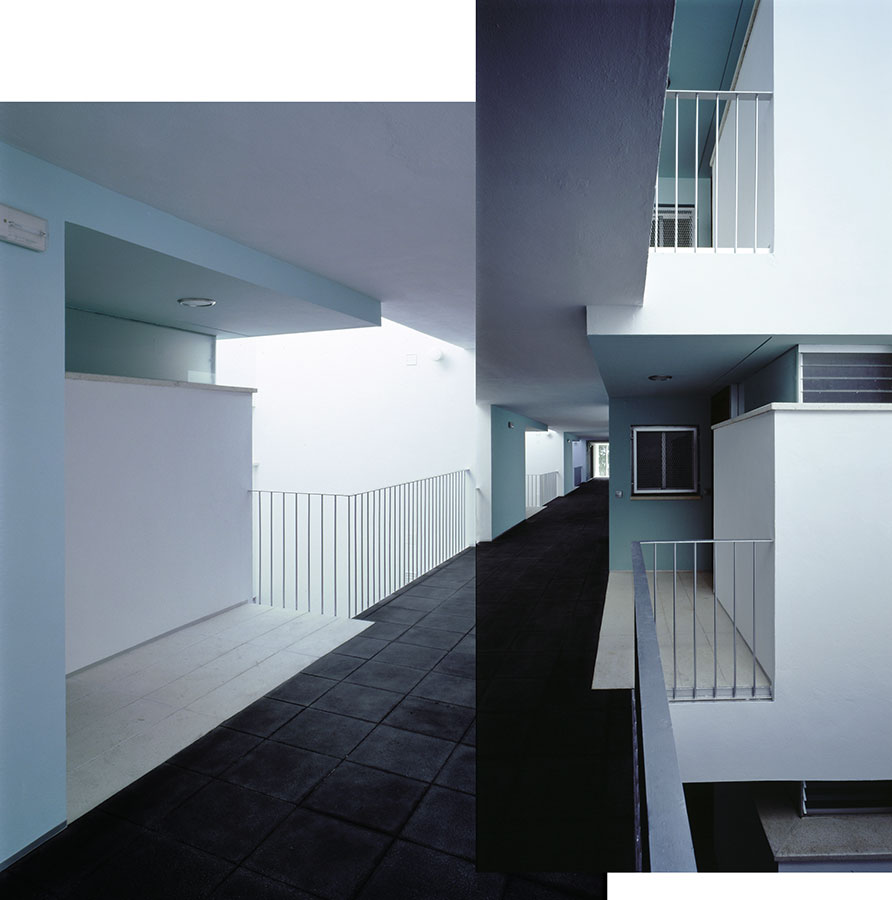 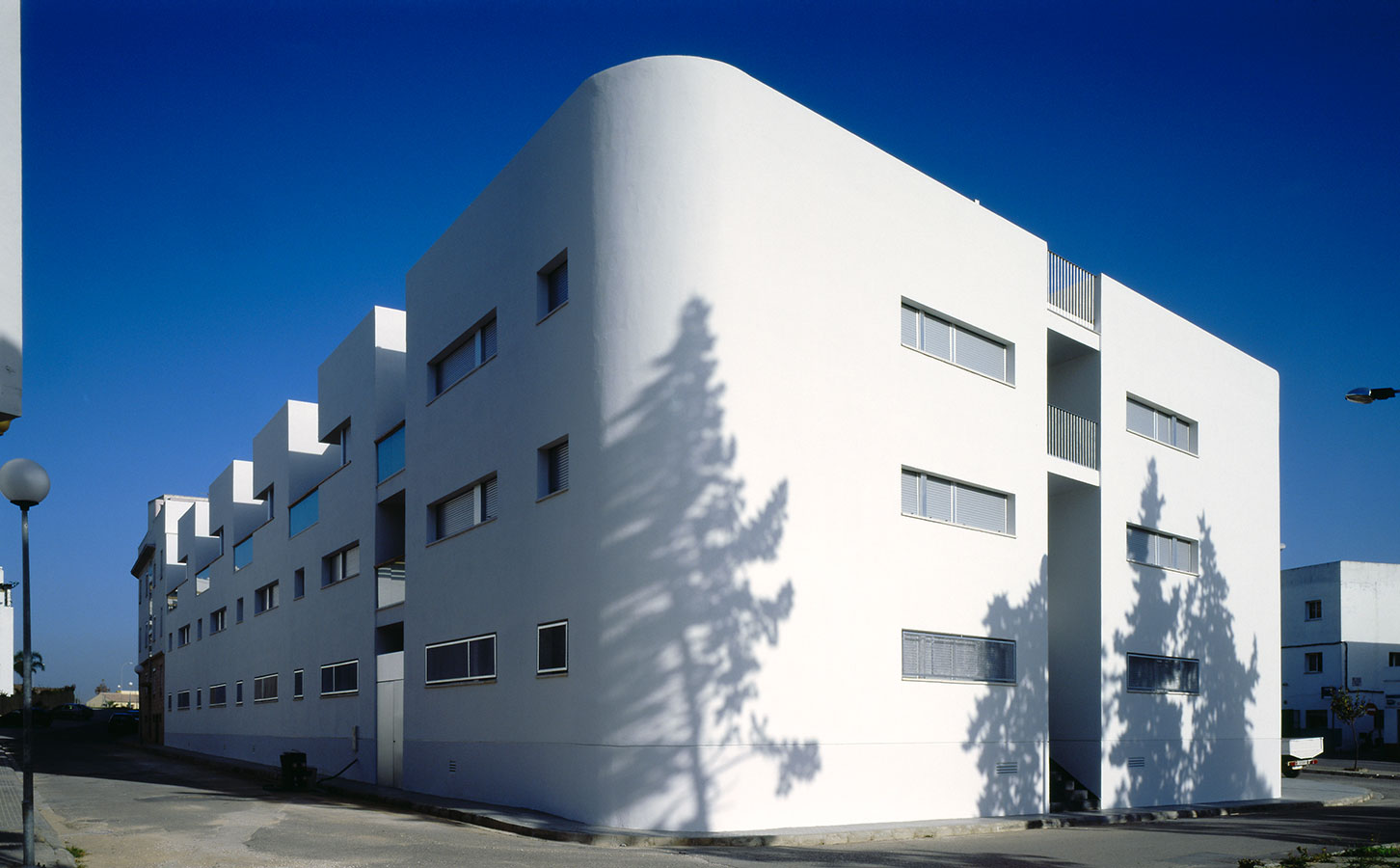 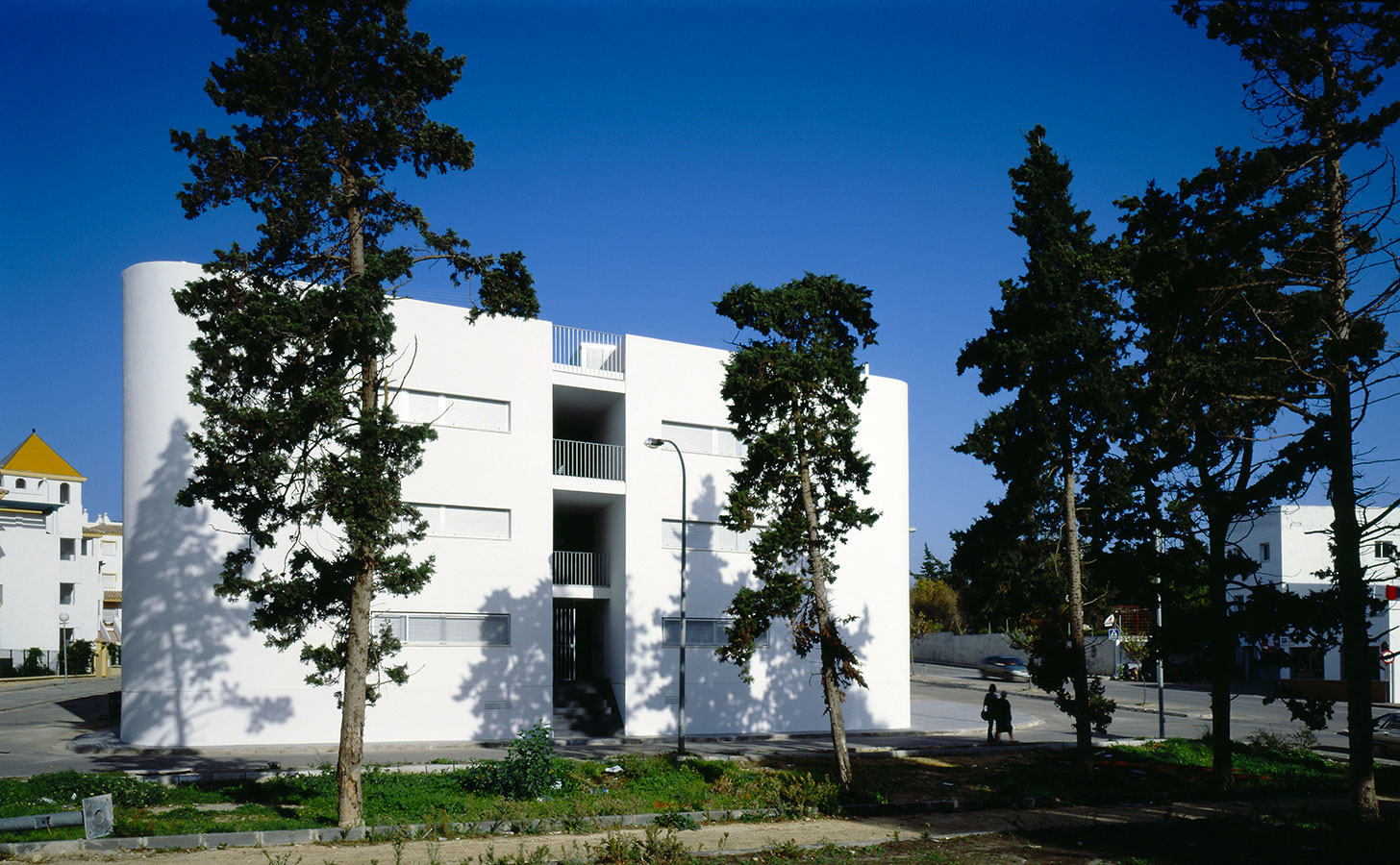 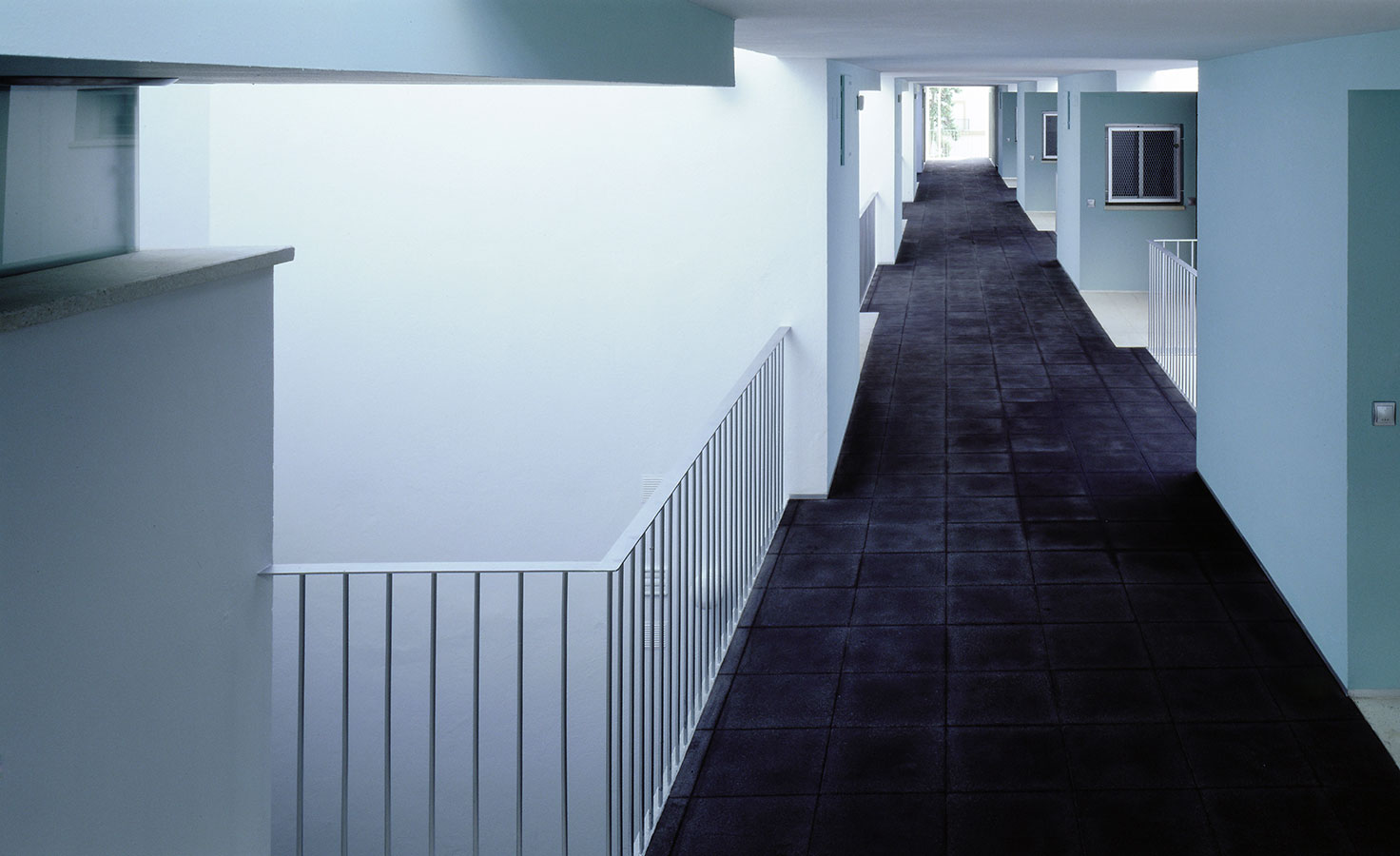 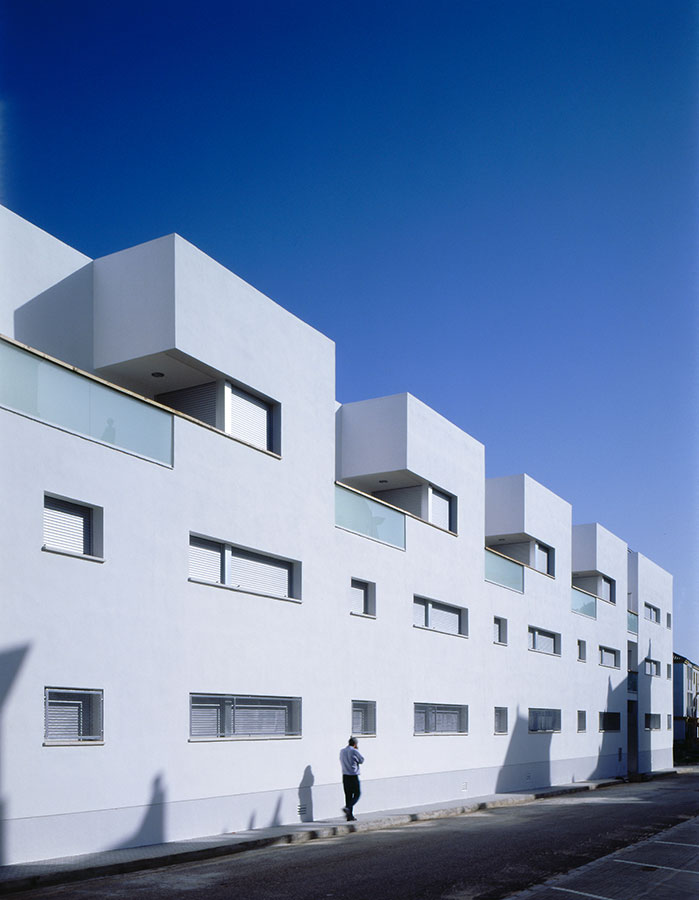 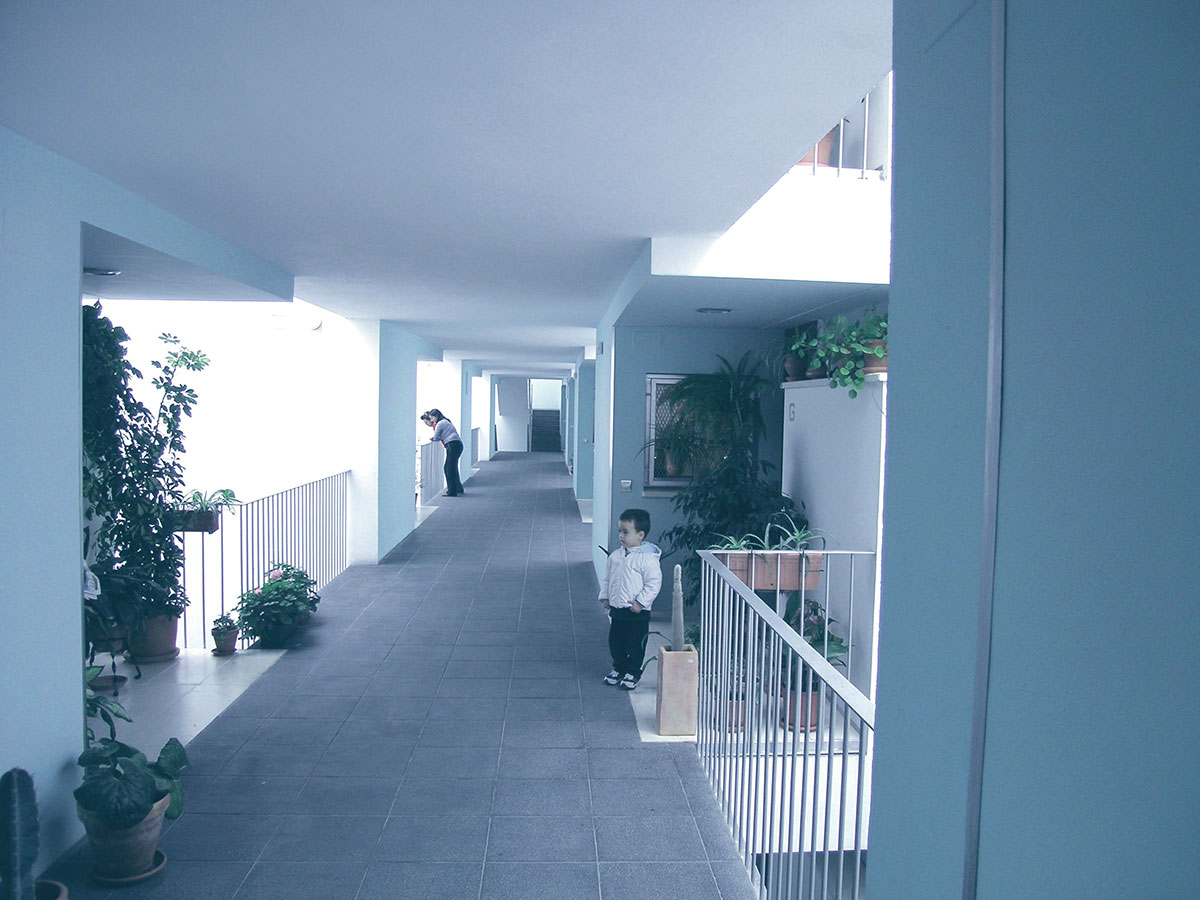 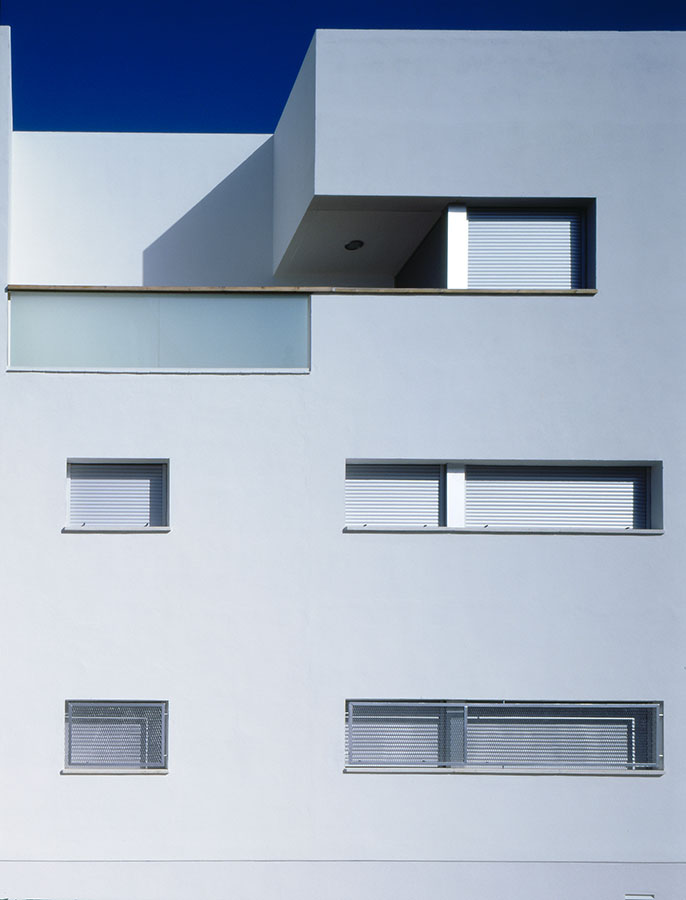 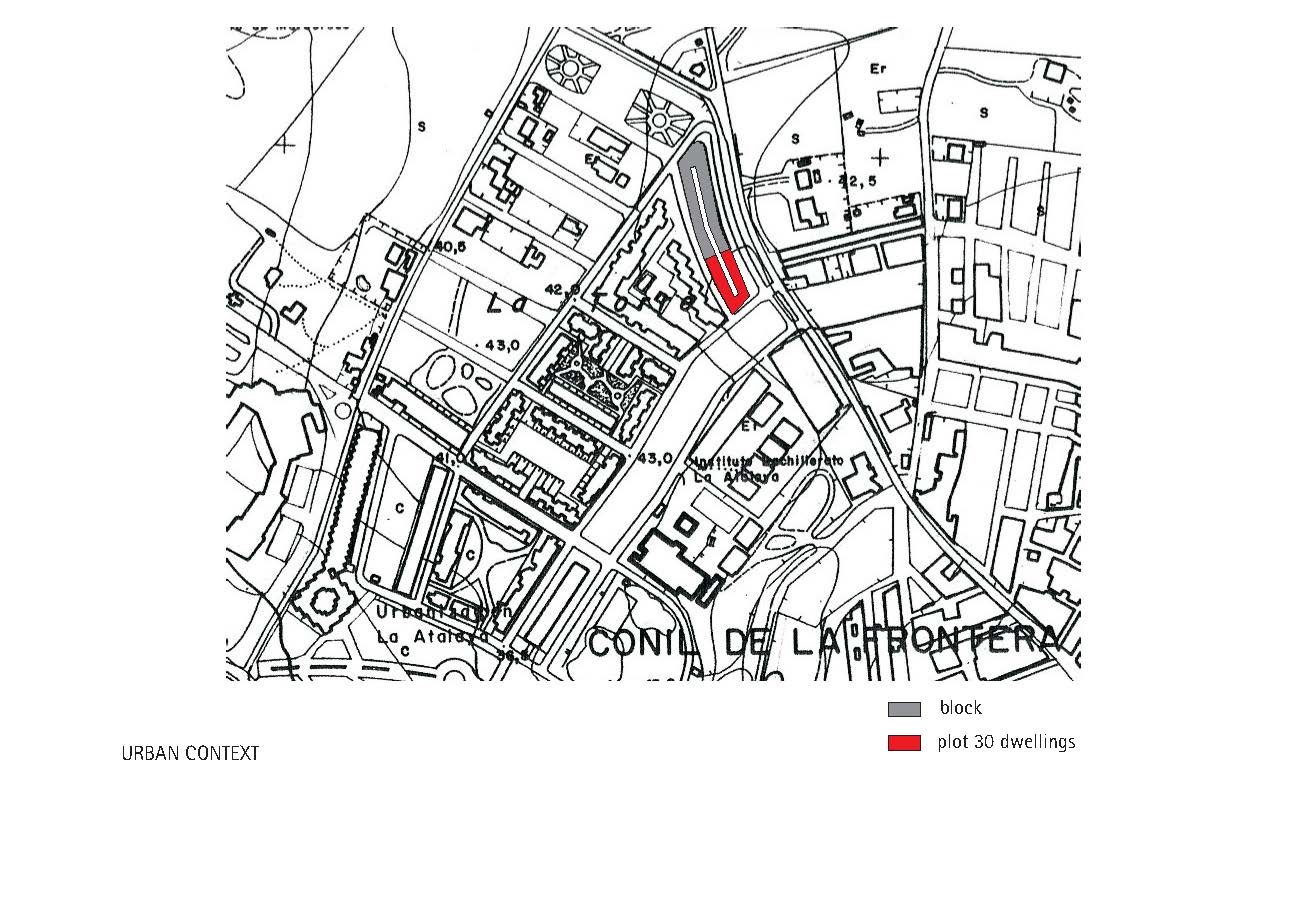 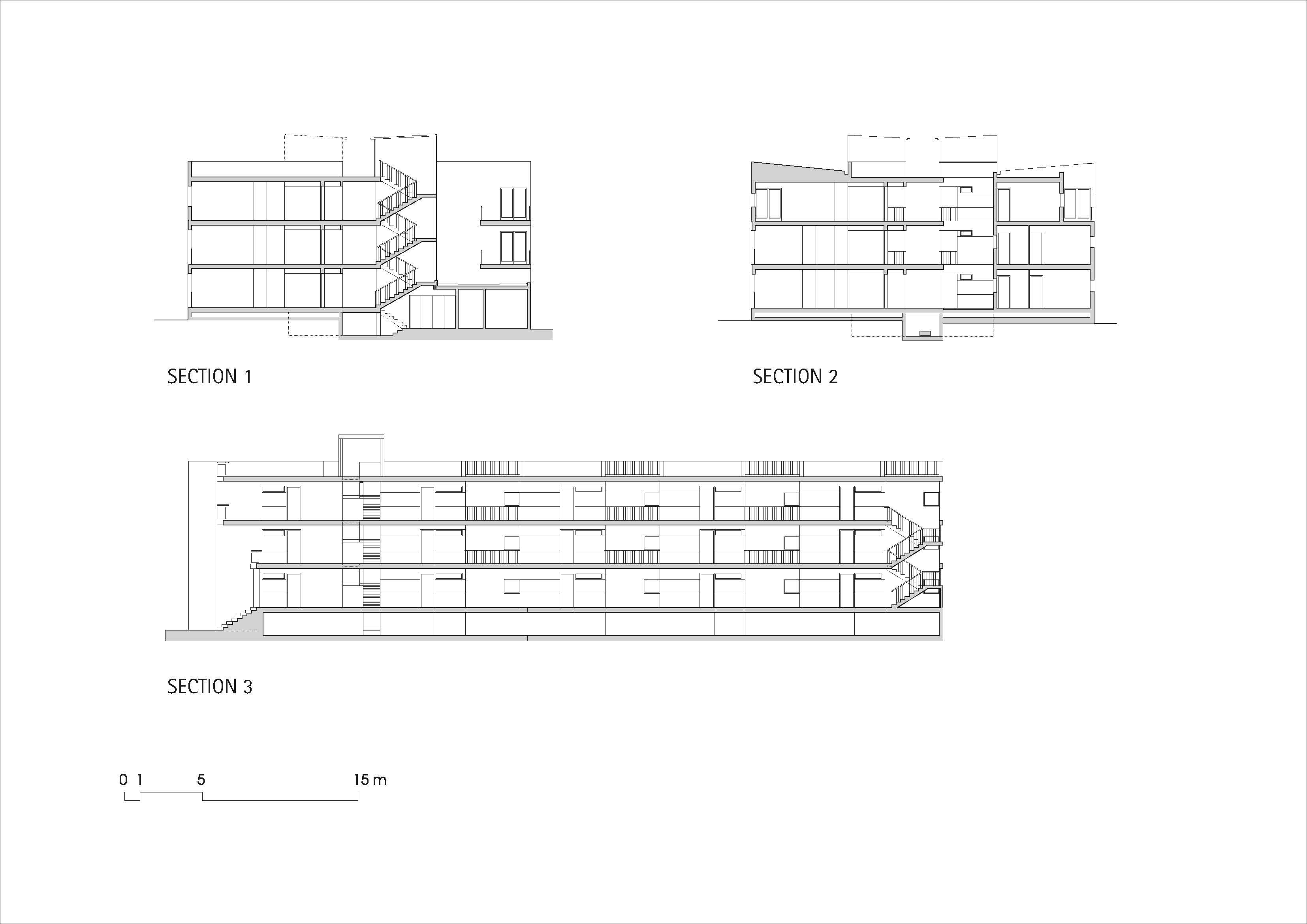 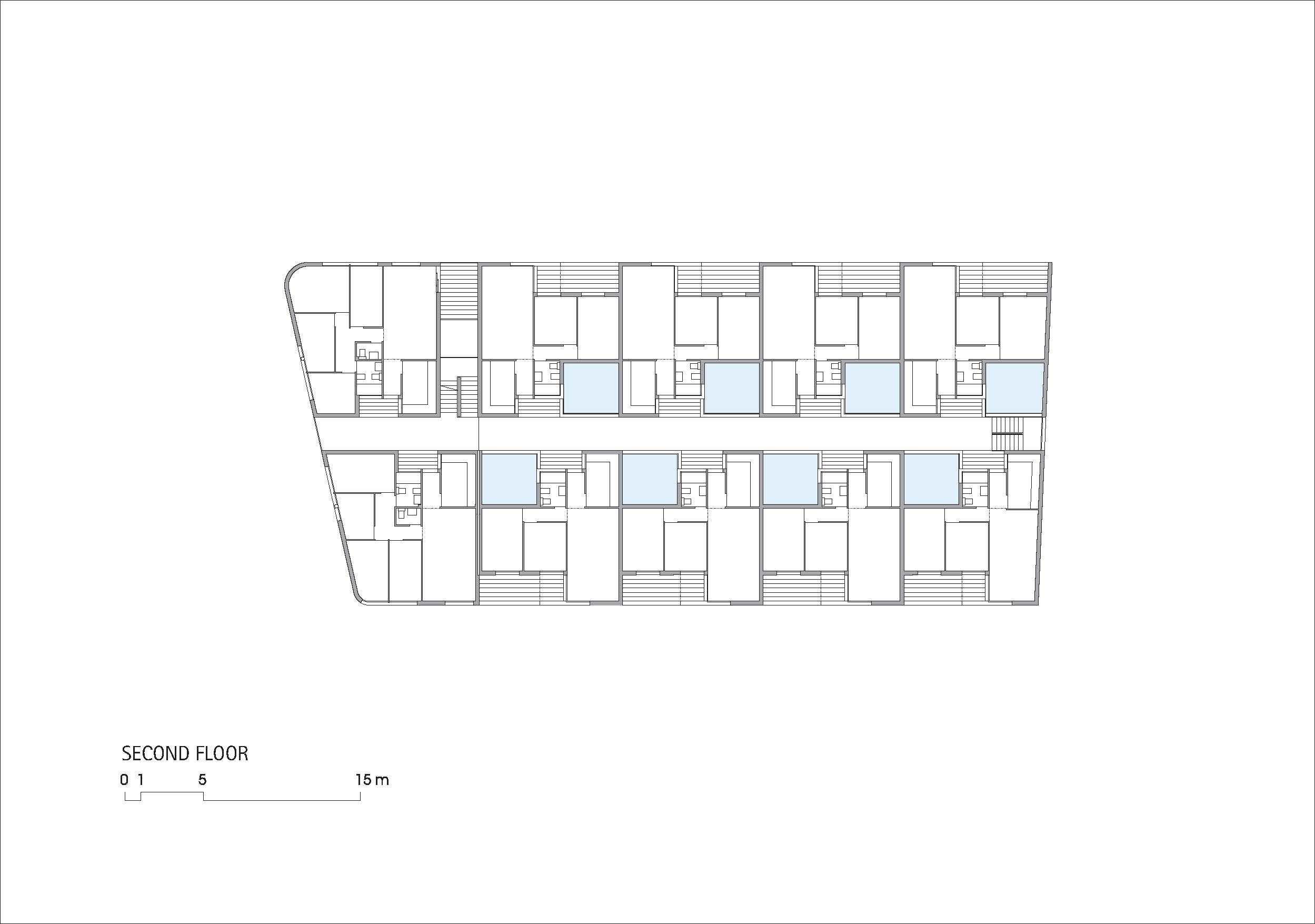 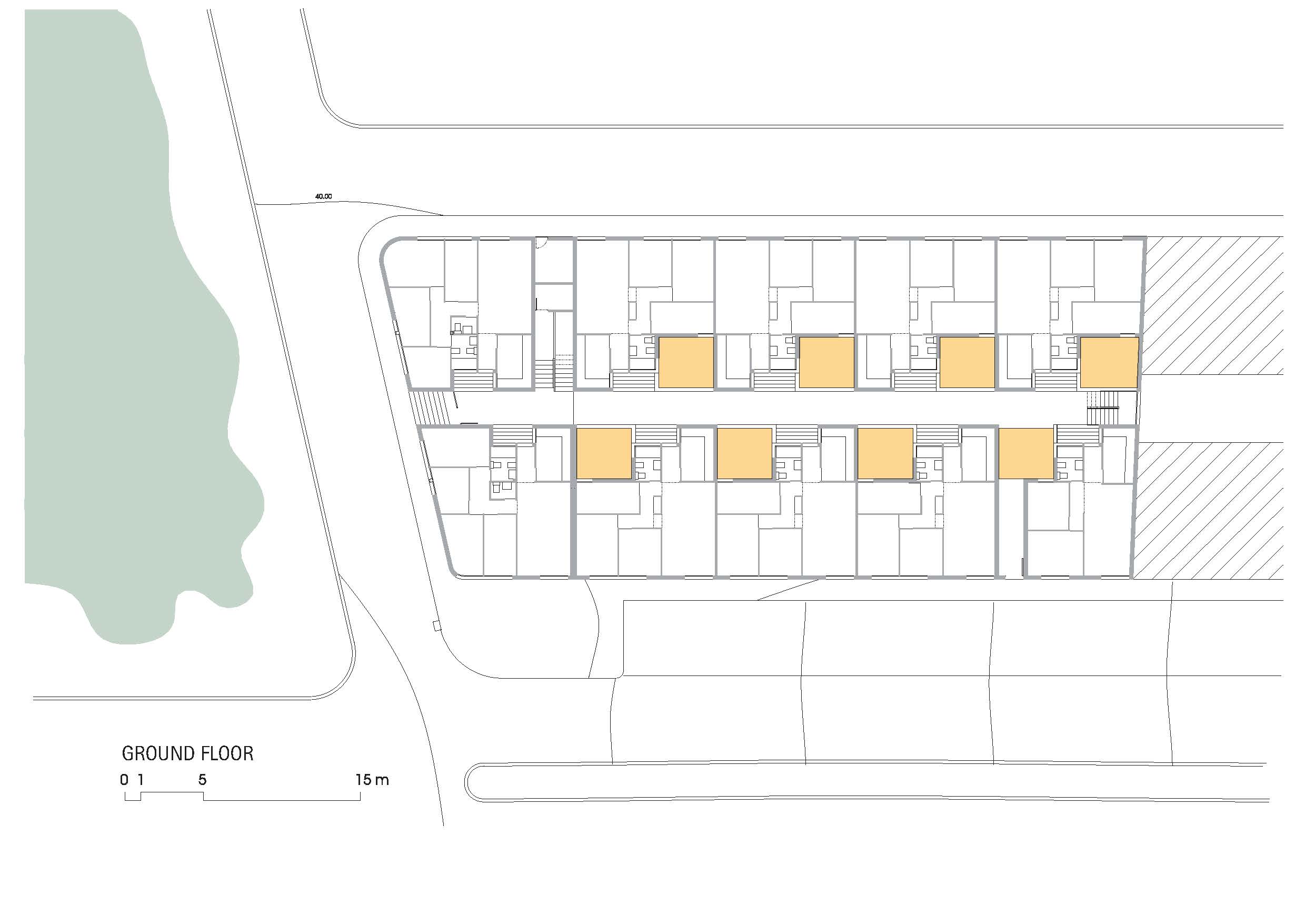 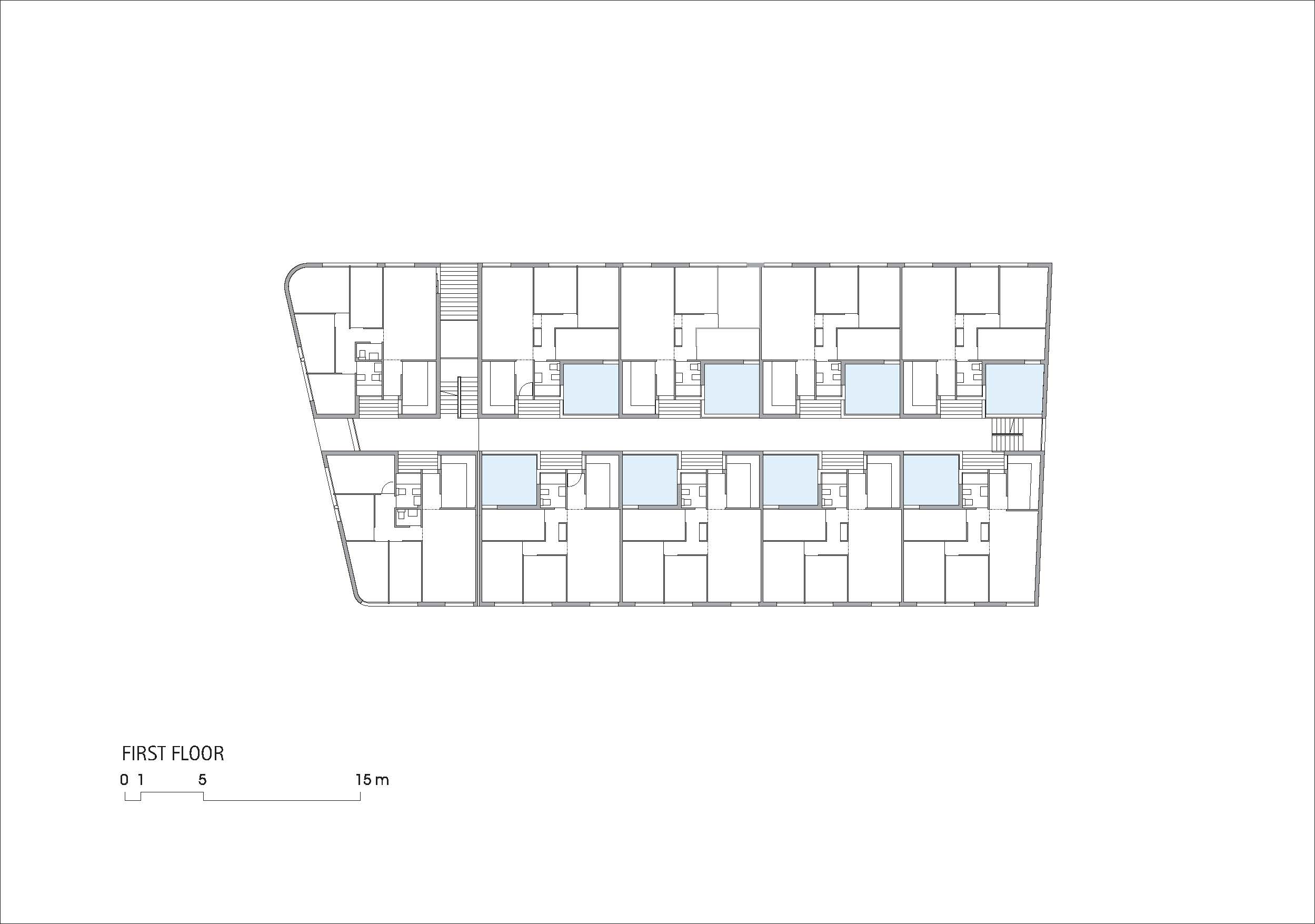 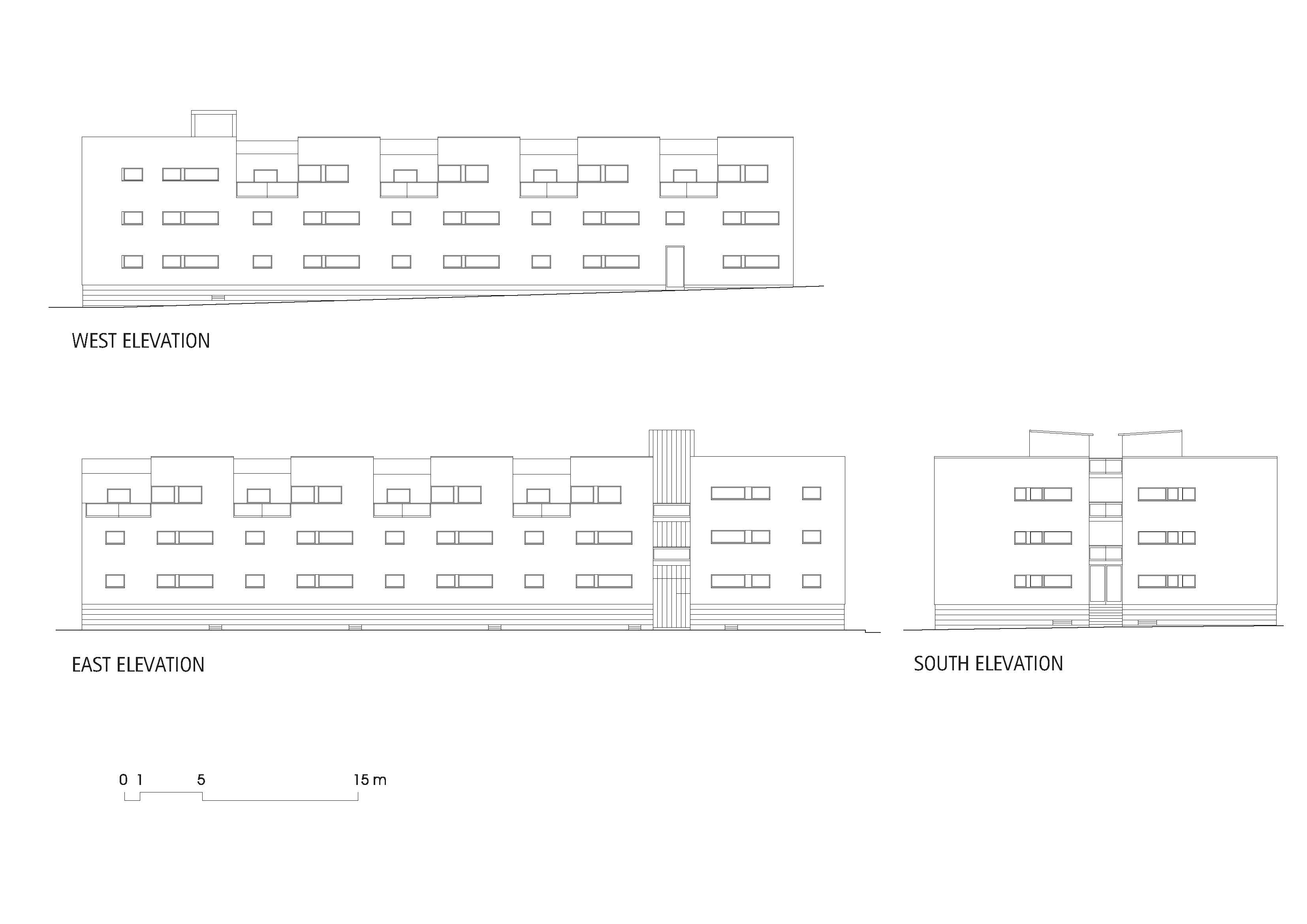 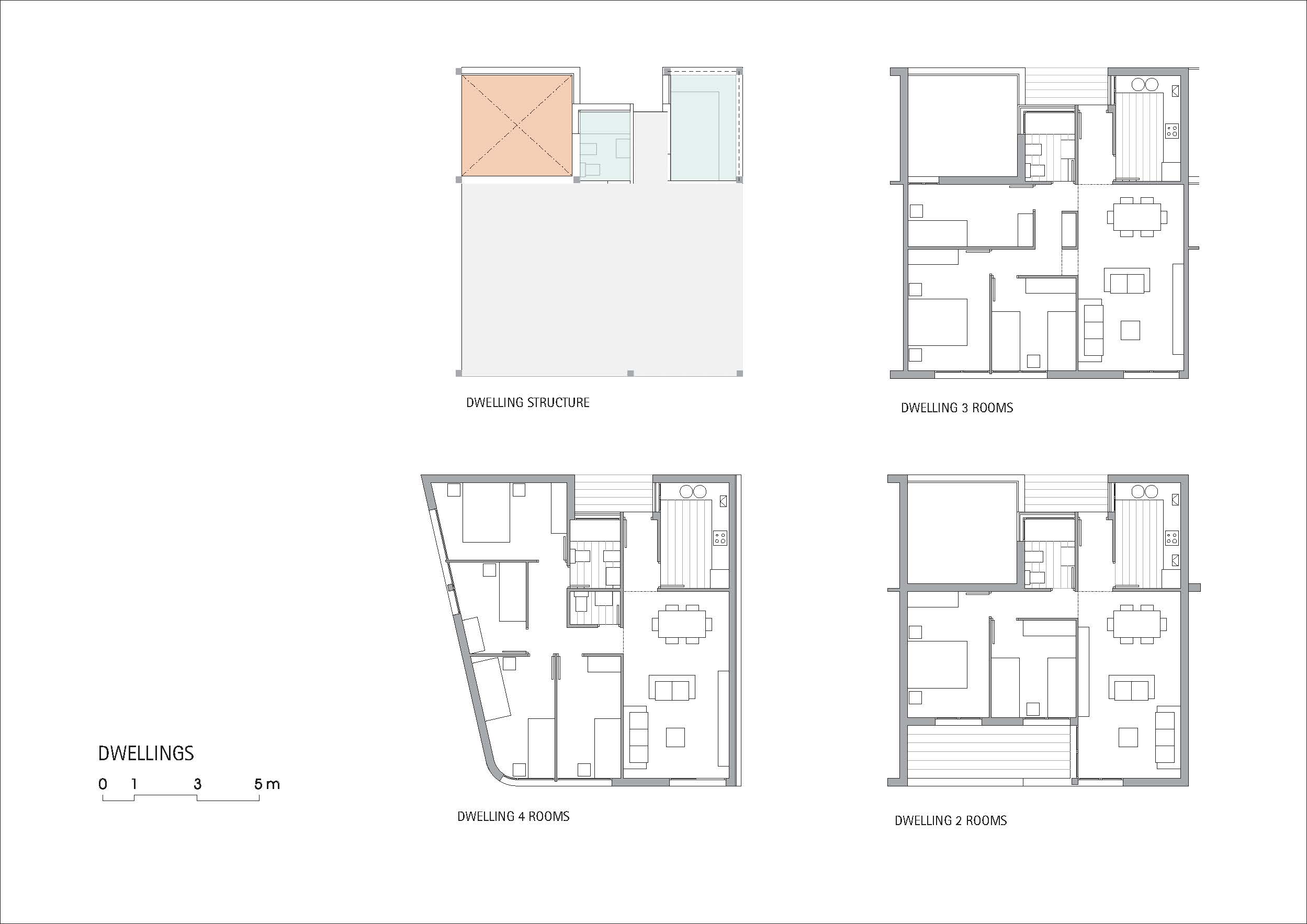 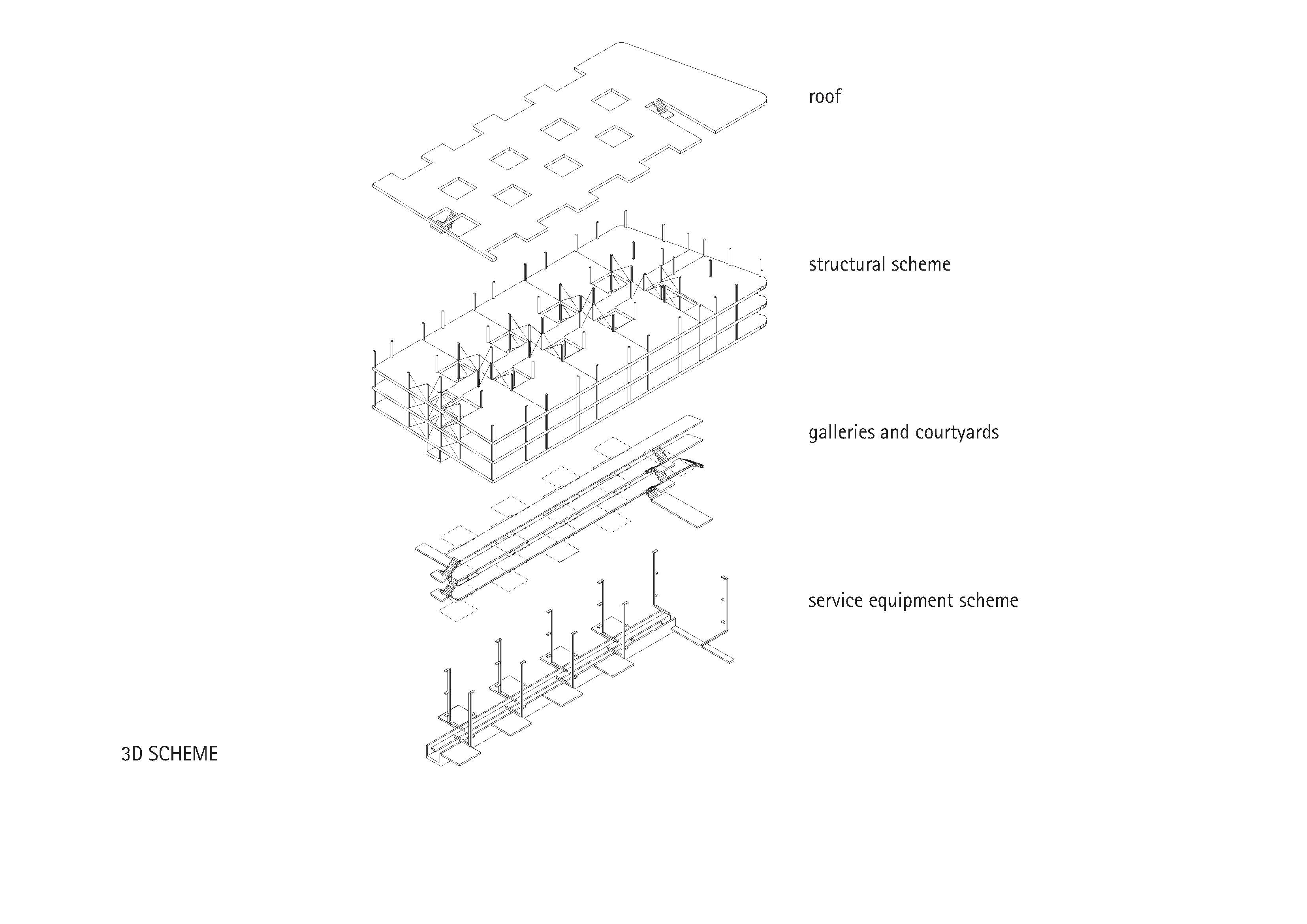 Conil’s historical centre still keeps many small communal courtyards and passages where the differences between public and private blur. Some of these internal streets can be closed by means of a gate. They become private galleries by night. Neighbours appropriate them as an extension of their homes and even furnish them.

Our proposal tries to recover this kind of spaces, pilling them up in a three storey building. Three superimposed streets, lightened by small courtyards on both sides create the communal access to the dwellings, in a recreation of those ancient passages.

The basic layout of the dwellings consist of a nine-meter square to which a small courtyard is  subtracted in one of its corners. In each dwelling, the kitchen and the bathroom gather along the internal street while the living room and the bedrooms occupy the external band. Kitchens and bathrooms have always the same dimension and make up a series of service cores along the gallery.

Every dwelling has a small external porch that produces another degree of private/public ambiguity between home and gallery.

The structural layout allows that the columns do not interfere the flexibility of each dwelling. The only fixed rooms are the kitchen and the bathroom that settle into both sides of the internal street. The structure is made up of galvanized steel columns and concrete one-way slabs. To achieve the minimal dimension in the columns the structure is reinforced with a series of X-bracings that are hidden in the blind walls of the kitchens.