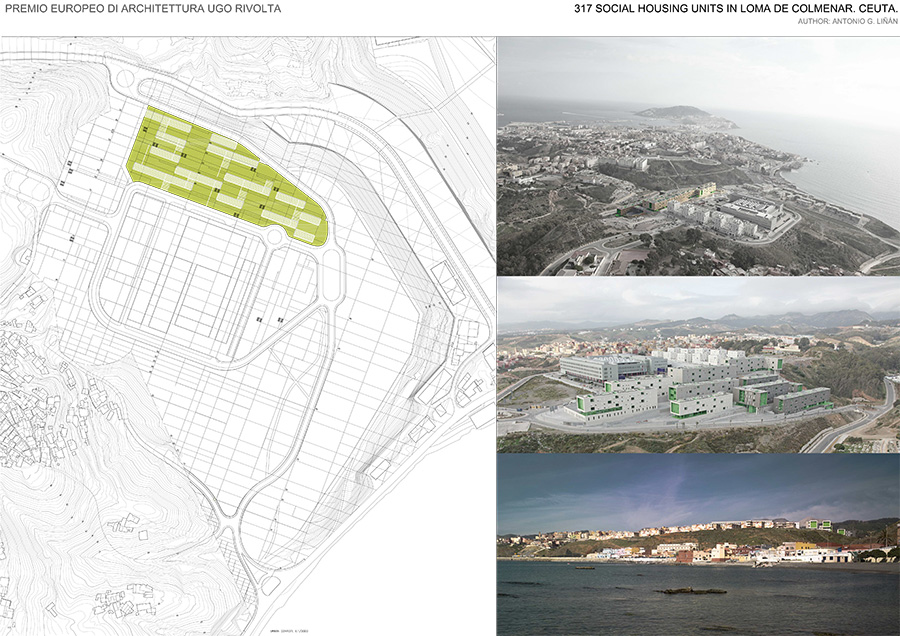 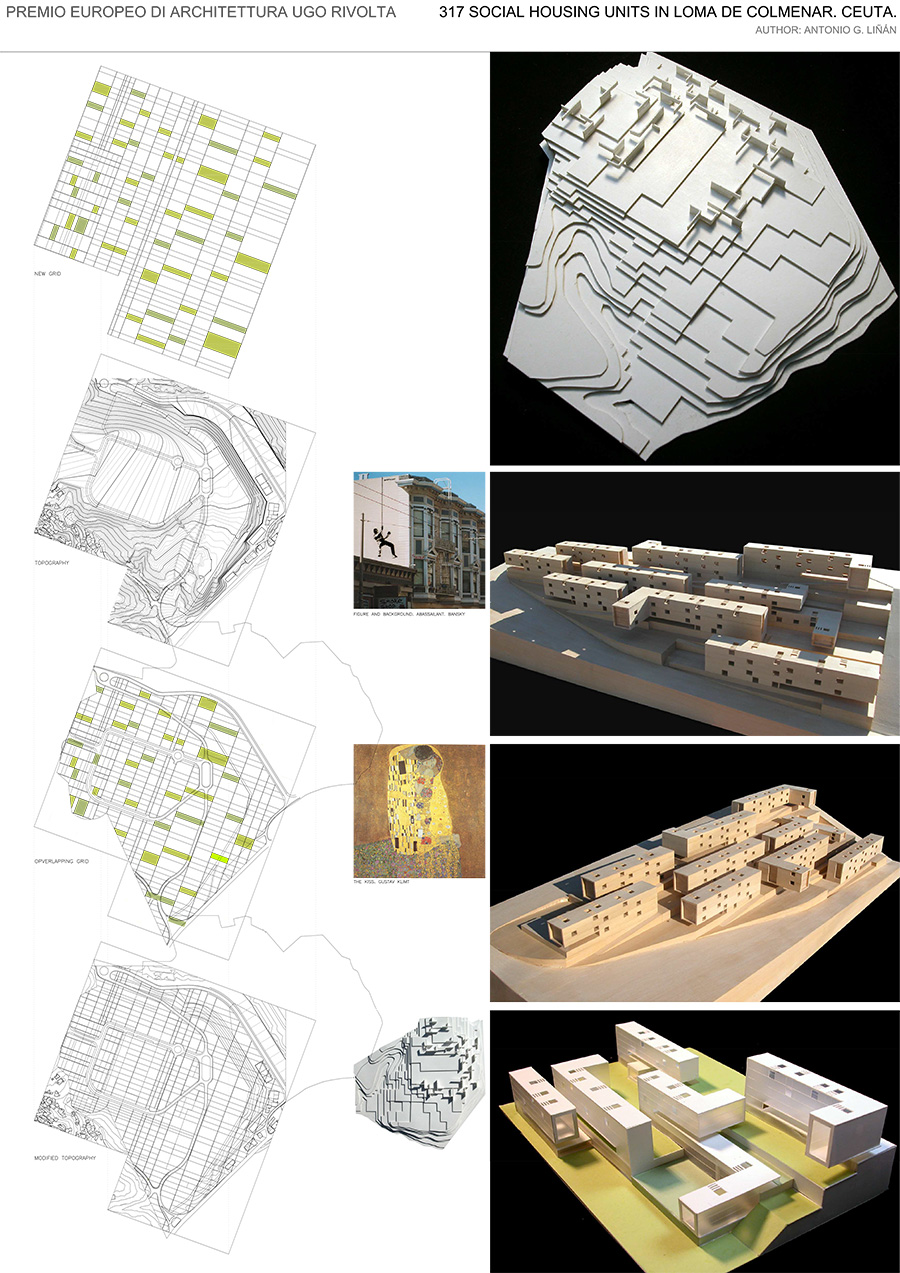 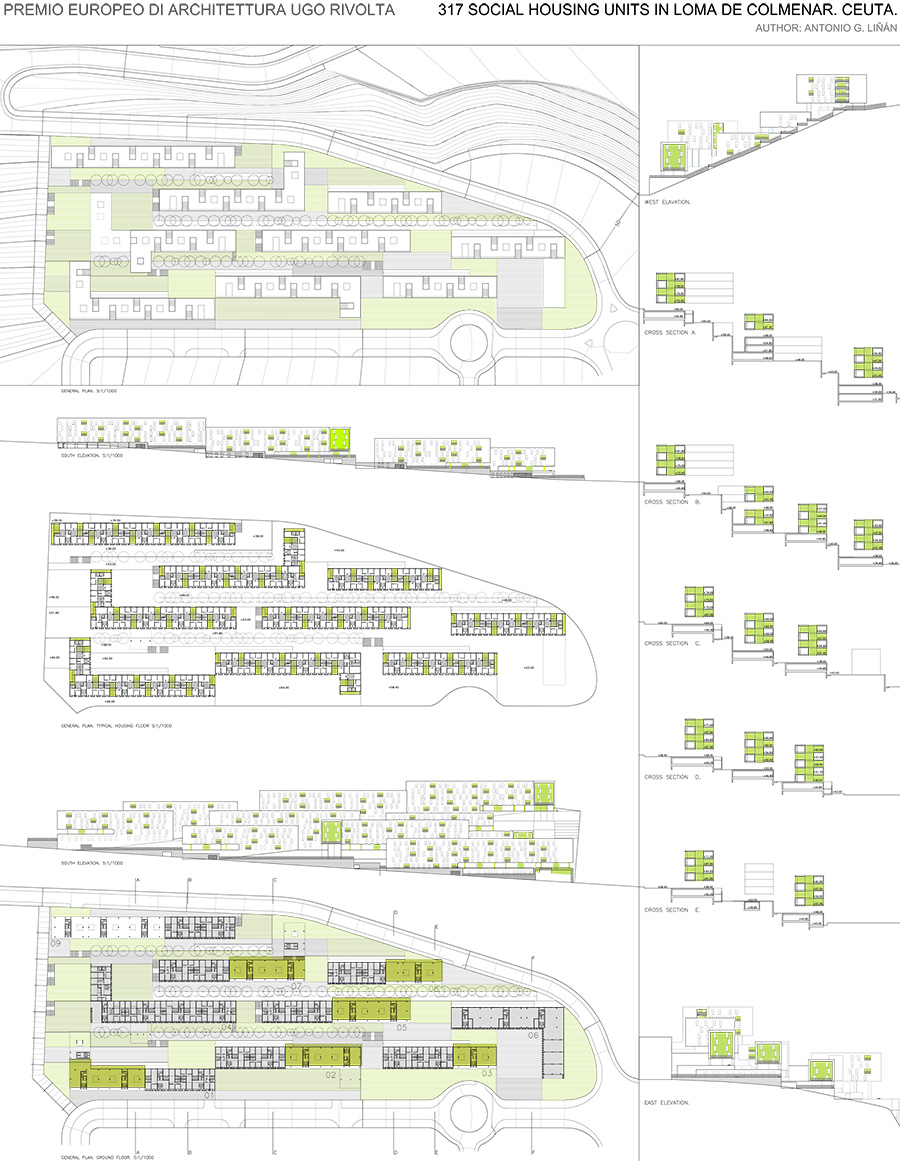 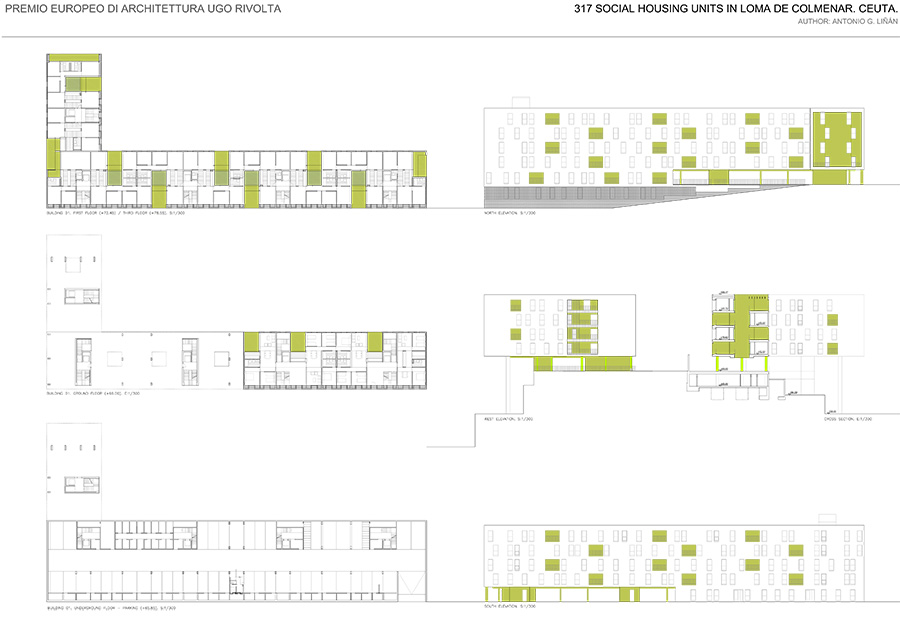 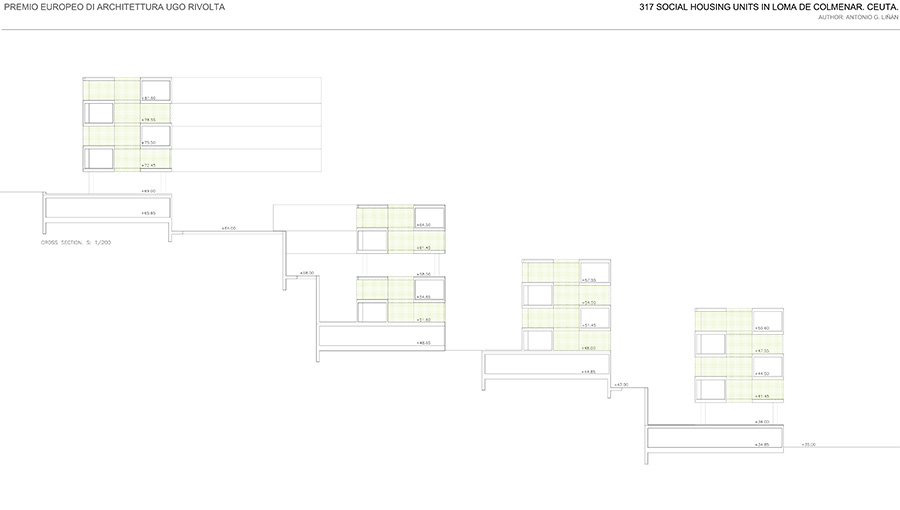 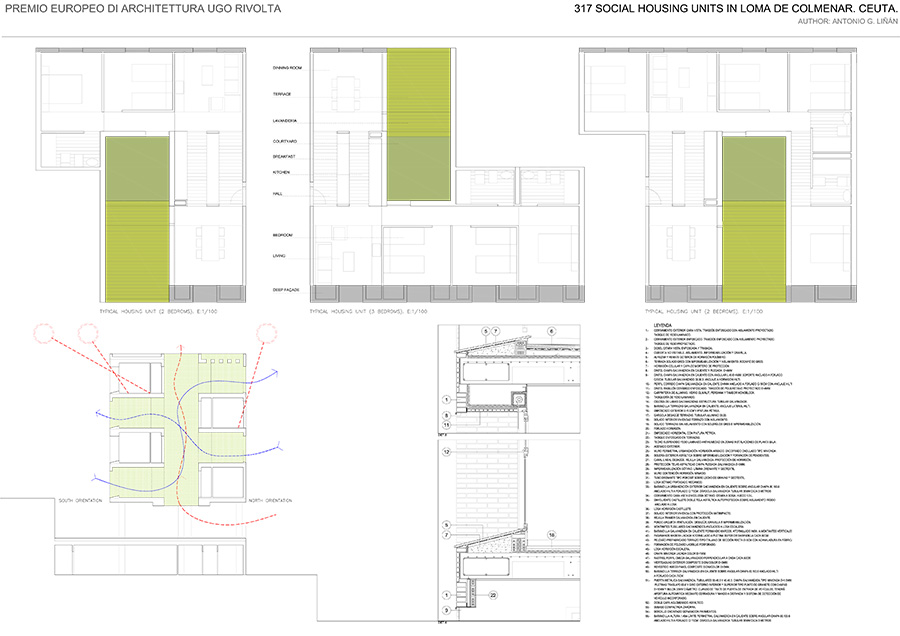 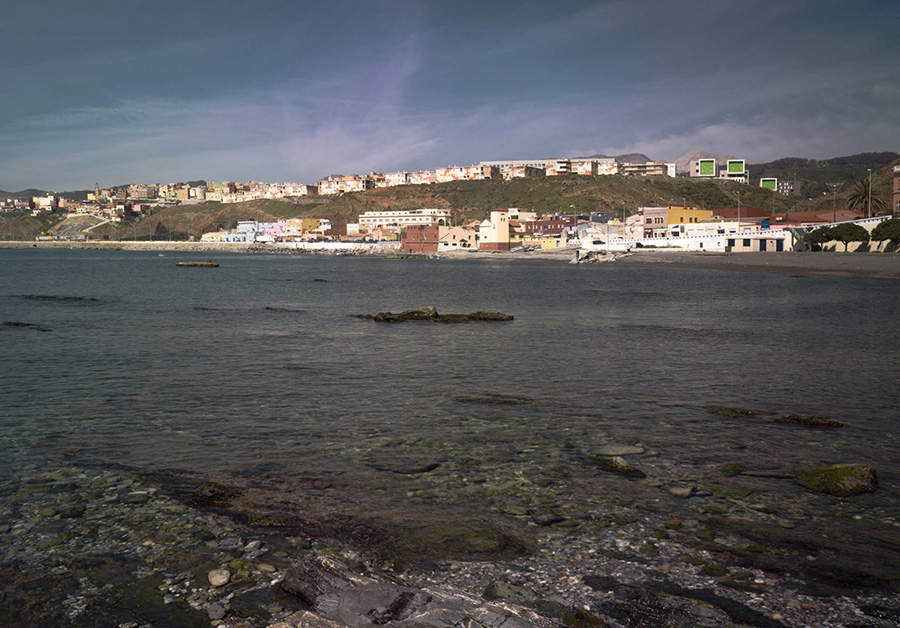 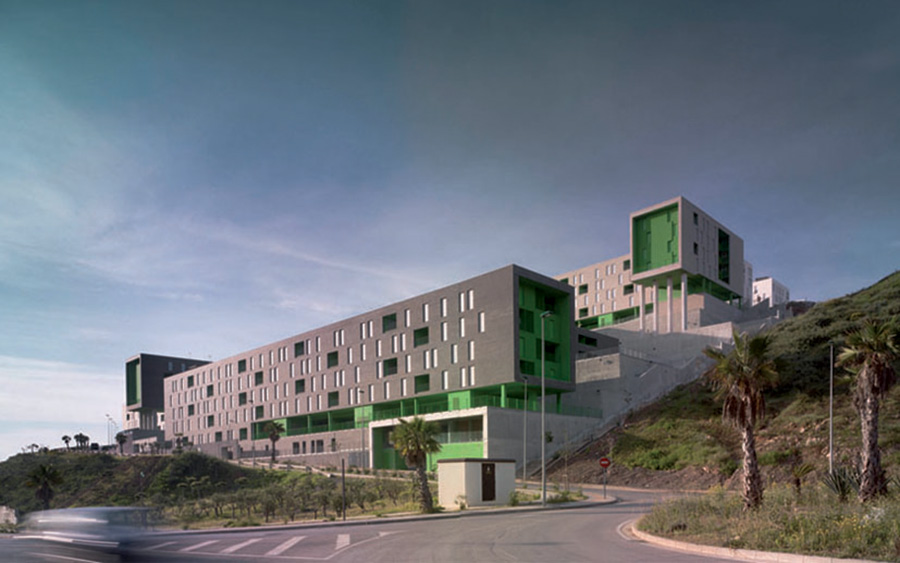 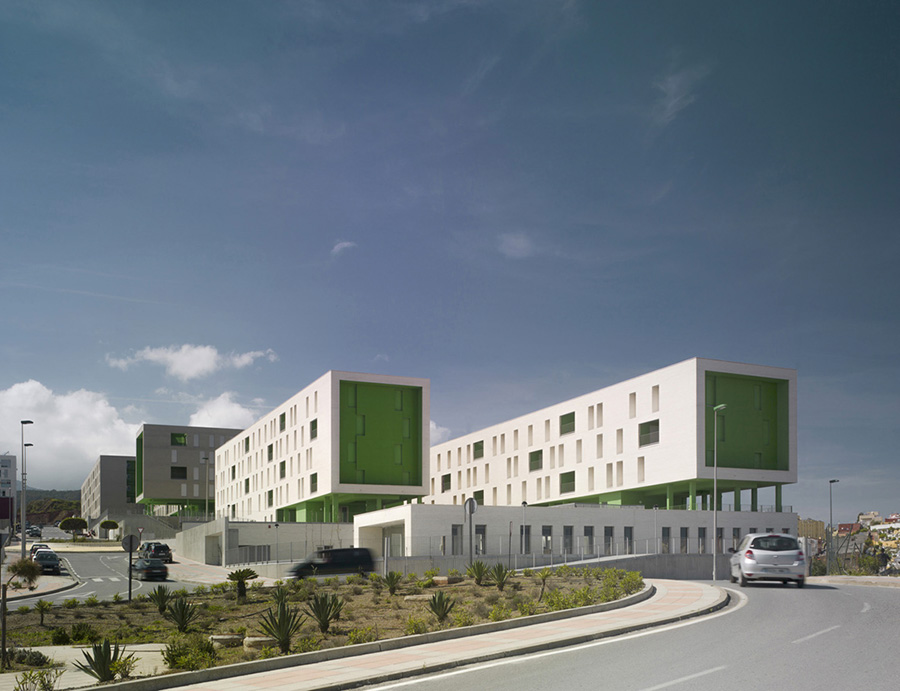 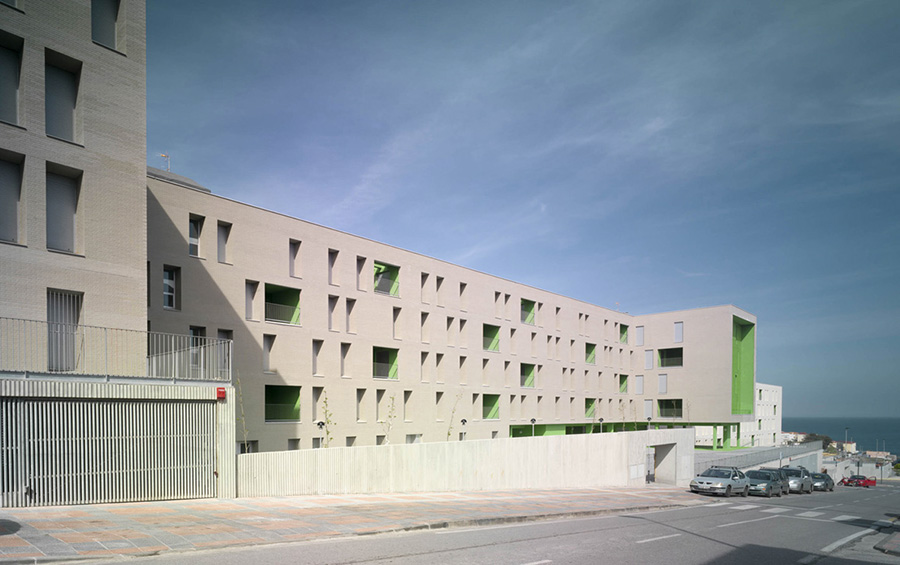 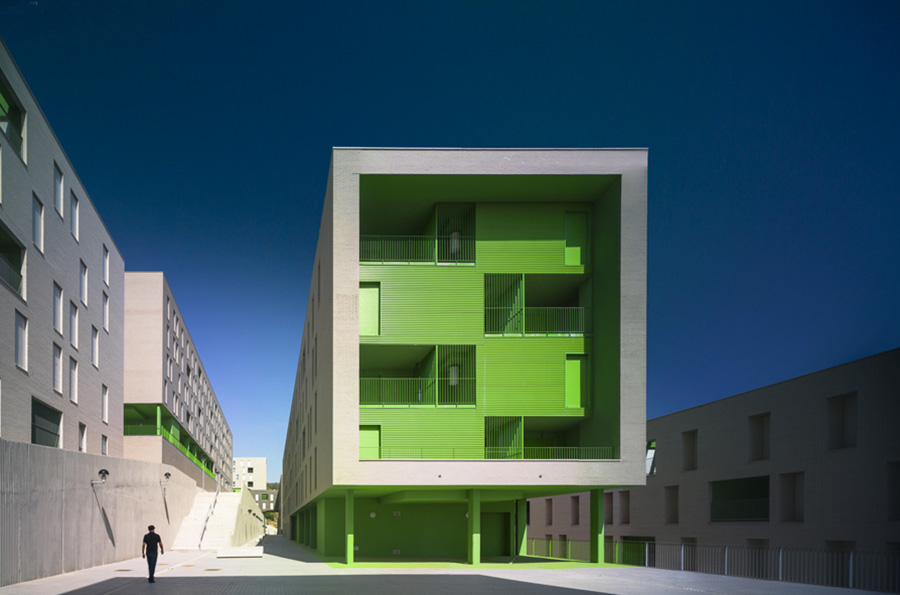 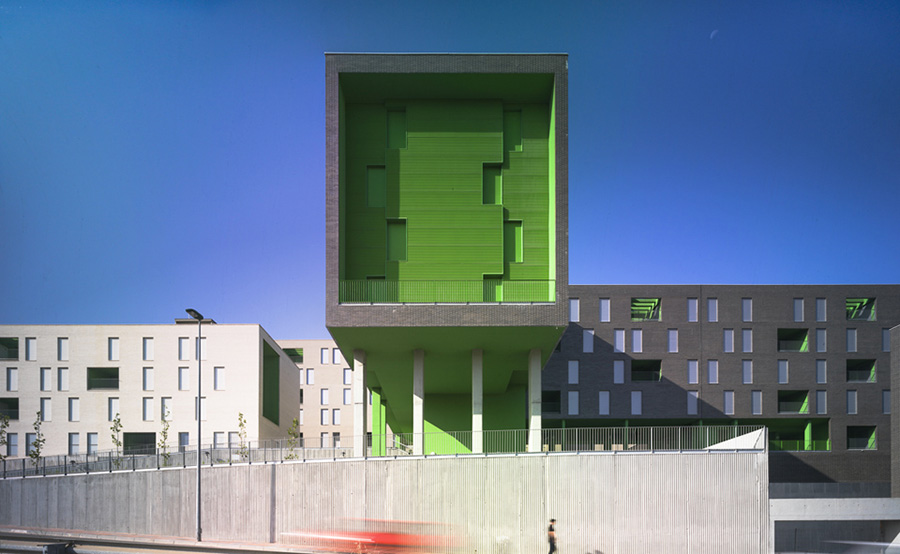 Recommending party
The project has been submitted by: SV60 Arquitectos

Given the uniqueness of the initiative designed to provide subsidised housing based on an attitude that is contemporary and sensitive to current social trends, a comprehensive strategy has been adopted based on an interpretation of the PLACE and typological research based on improving living conditions and processes in order to give rise to quality housing that is sustainable and adapted to the various considerations that influence the construction of the architectural concept.

We bring into play a range of parameters aimed at creating an independent fragment of a city that reconstructs perceptive essences associated with an understanding of the Place itself. Empty spaces, squares, streets, vantage points and courtyards are configured as basic elements in order to define our new “neighbourhood.”

Due to the sharp slope of the plot (40 metres of height difference), the proposal is to amend the topography by means of a series of terraces integrated into the geometric framework, with slopes of approximately 5 metres, and on which the various buildings will stand. These buildings will adapt to the different slopes, adopting a winding pattern to seek better orientations and spread out in a south to north direction (which corresponds to the orientation of most of the blocks). In addition, this arrangement will occur in relation to the adjacent streets in order to allow pedestrian access to various points on the plot. The buildings are proposed in a way that gives greater importance to the empty space and to their relationship with the terrain than to their own or independent form. In this way the buildings adapt to the topography, either supported or “floating”, focusing on the continuity of spaces, of visual relationships, orientation, etc.

The idea is a building model that aims to improve the quality of life by using systems that optimise the conditions of use and energy saving, encouraging wherever possible the use of the area’s own natural resources. The degree to which the sun falls on the façades depends on the orientation (north-south) and is controlled by means of a “deep façade” system (whose depth varies depending on the orientation, deeper to the south and less so to the north), thereby ensuring that in summer the sunlight does not directly impact the inside of the dwellings, thus maintaining better climate conditions, and in winter (when the sun is lower), shining in directly to heat the rooms. A cross-ventilation system is proposed, since all the dwellings have double orientation. This system is based on an inner courtyard connected to the outside by terraces that change their orientation to improve air circulation and keep the homes continually ventilated.

The typology is based on a rational model generated by 3.00 x 2.80 metres and 3.30 x 2.80 metres grouped together depending on needs of use. The diversity in positioning the gaps, terraces, patios and empty spaces in general seeks to establish internal spatial continuity, by establishing internal relationships between the dwellings and improving the performance and energy efficiency of the buildings. All the homes have double orientation, terraces and inner courtyards. In addition, a filter-storage façade is proposed. The dwellings can be very versatile, changing the use of the rooms according to the needs of the inhabitants or to the times of the year in order to optimise the orientations.