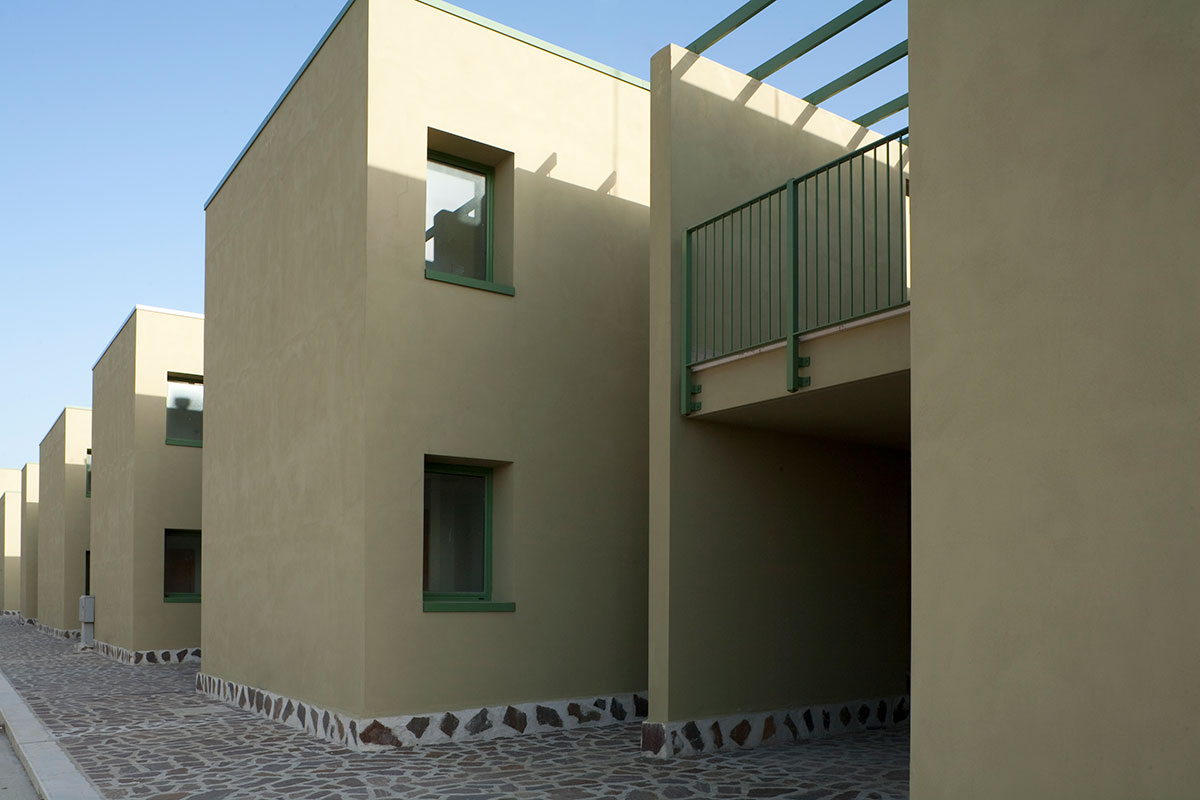 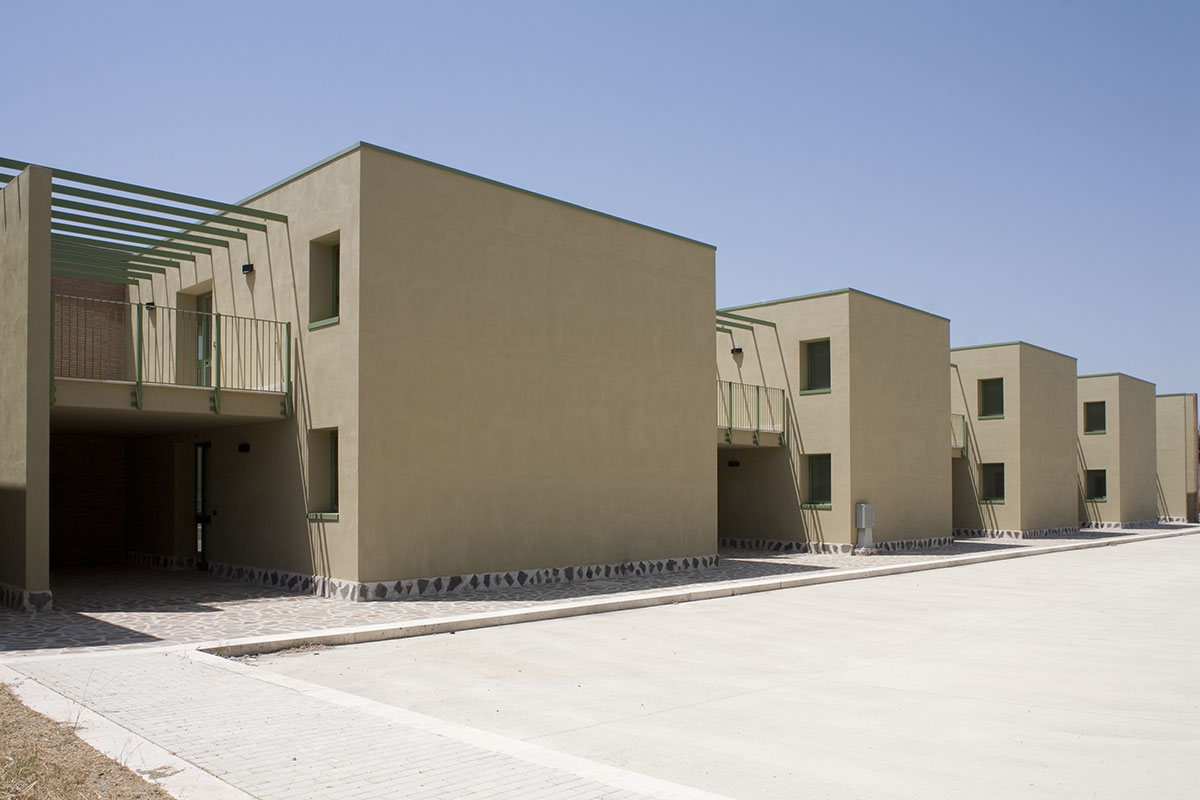 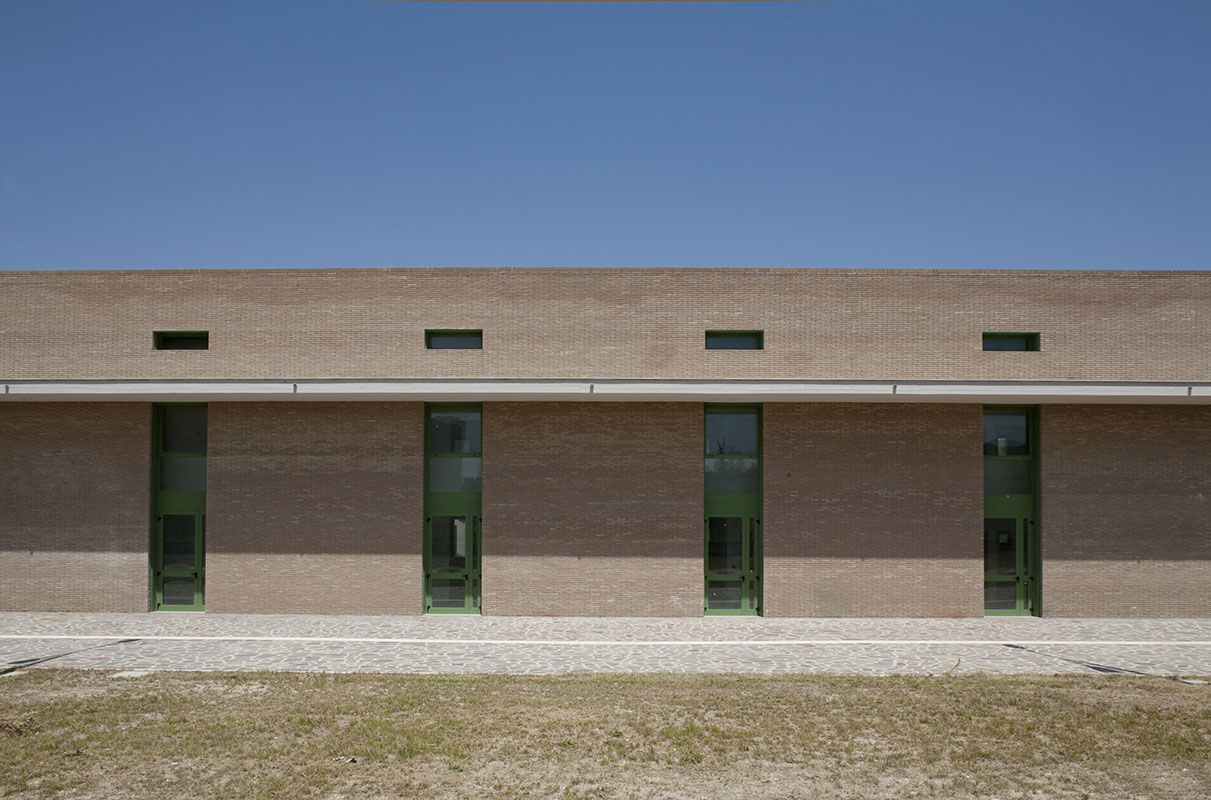 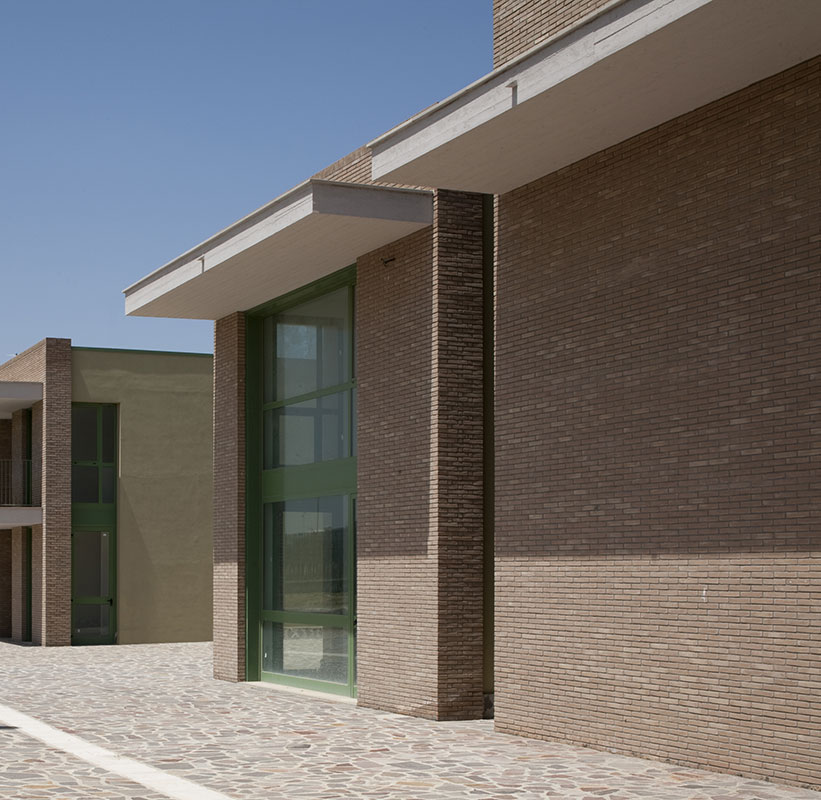 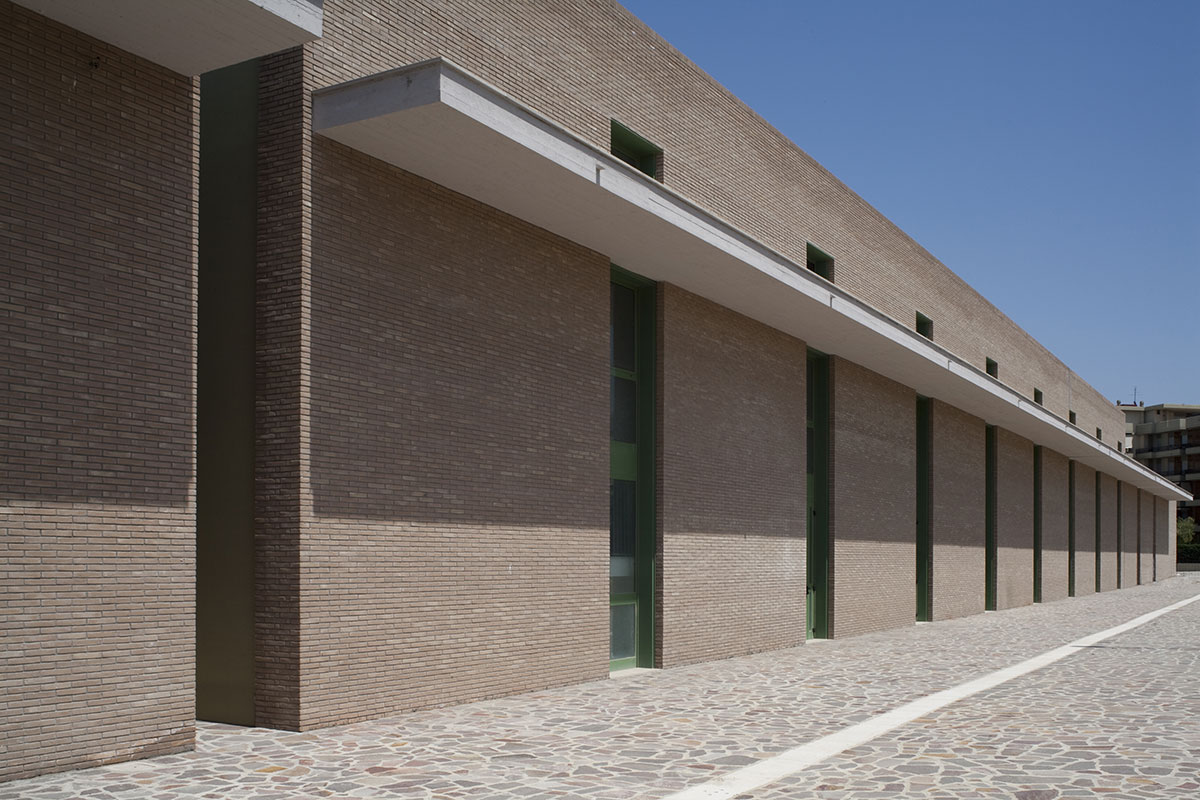 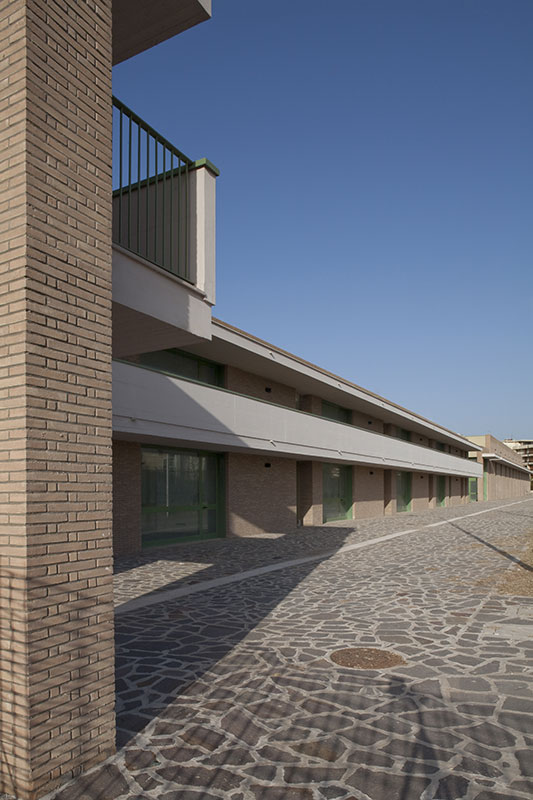 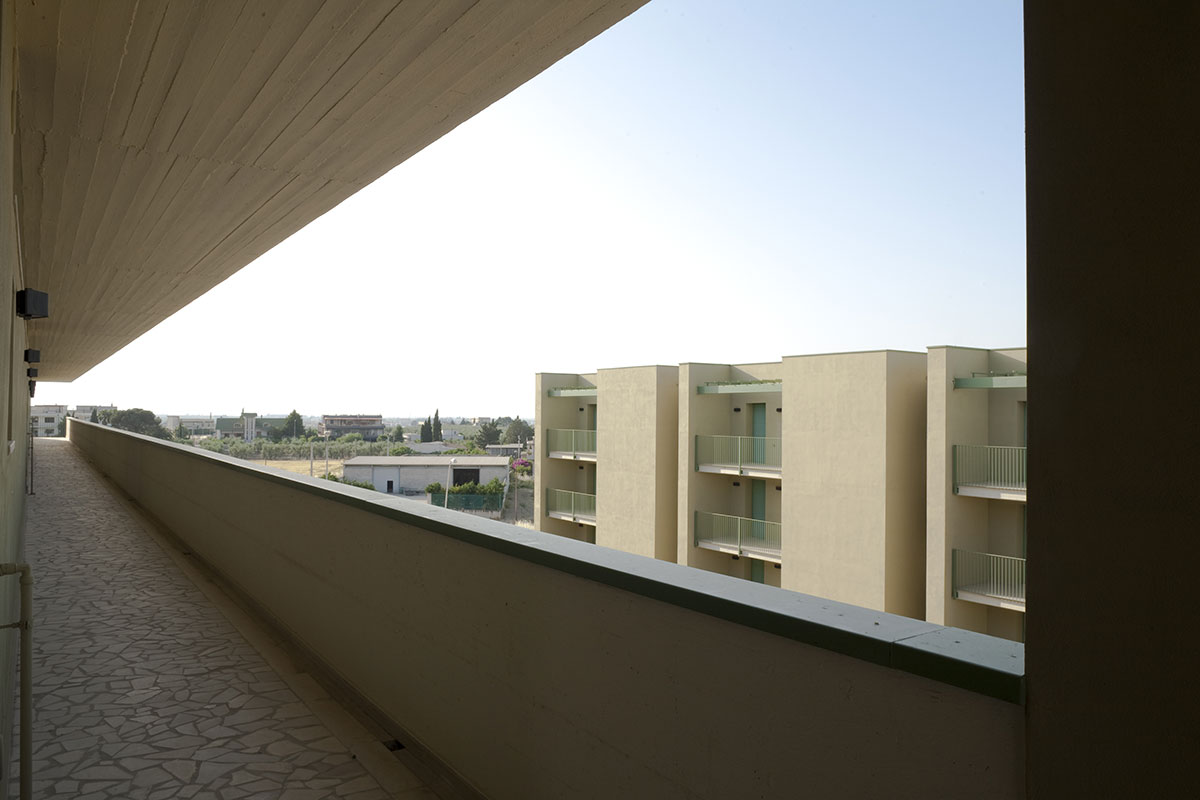 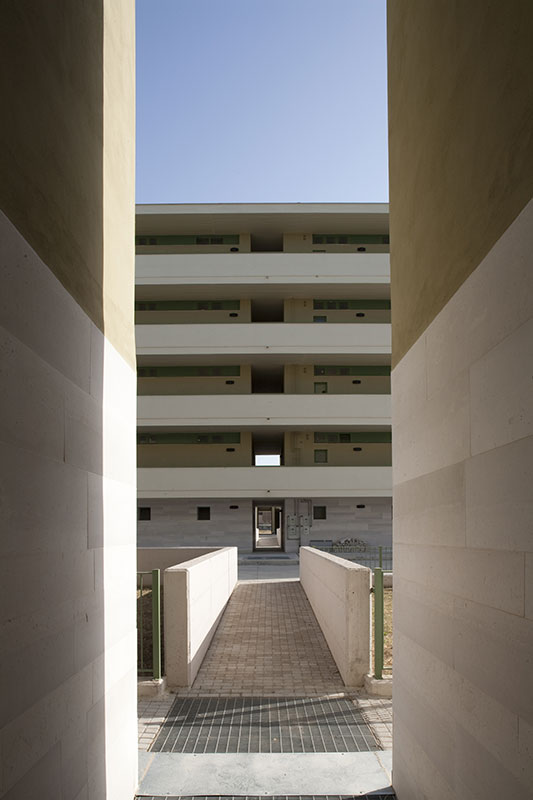 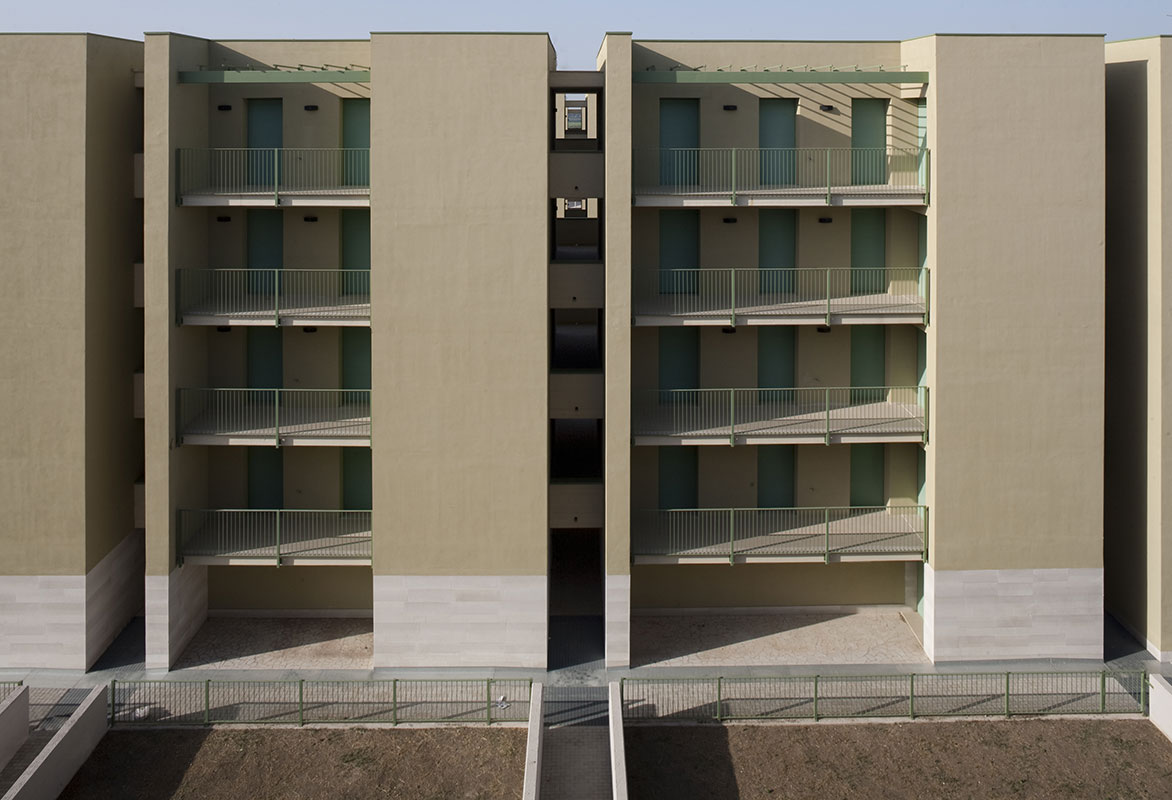 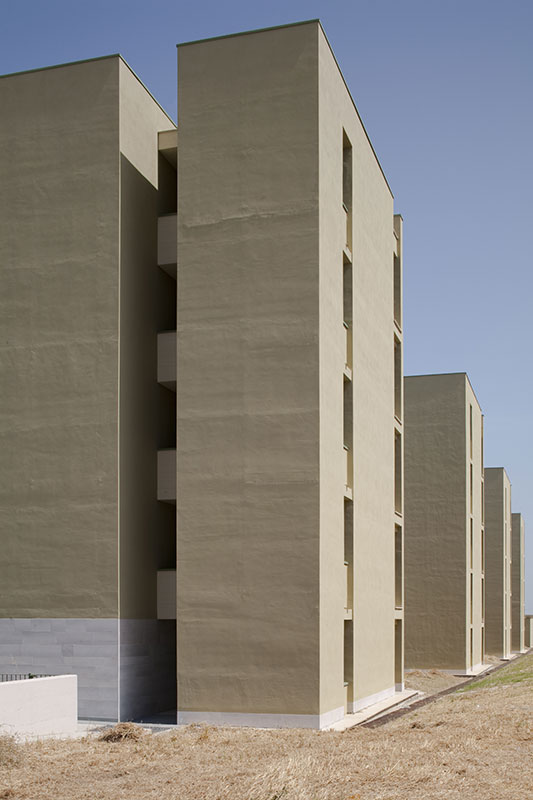 Via G. Falcone / Via Gran Sasso

The goal of upgrading the area, located on the northeast outskirts of Cerignola, was pursued primarily in the public space project. Redesigning streets and roads, planting greenery to penetrate the countryside, integrating public housing and social services were the works needed to change what is currently configured as a service-less area disconnected from the context.

The project foresees two spaces at right angles to one another. The first is a wedge-shaped garden located between the blind heads of the new houses in line and the limit marked by the compact volume of an existent building. The second is the main street demarcating the southern side of the area, between the parochial center and the new border defined by a series of workshops, cafés and training centers.

The configuration of the non-constructed spaces is based on the hypothesis of valorizing the features of the suburban landscape by introducing some types of trees able to grow by themselves and at the same time form an ensemble with the “mineral” materials.

A continuous path in paving stone leads to all the elements comprising the project: it runs beside the garden, rises to the different levels between the “stone islands” that form the bases for the new apartment buildings, passes under the landings separating the stairways of the apartment houses and finally goes across the wall behind the workshops.

The other pedestrian routes foreseen in the design create a weave containing the apartments houses and the workshops. The weave that structures the area not only gives order to the buildings’ attachment to the ground but it is also repeated in the various levels of the service-landing system.

Transversal cuts break the compactness of the volumes, modulating the apartment houses into 4-story towers, plus a ground floor and basement used as accessory and parking spaces.

The stairways located on the garden side and the covered landings, aligned on the northeast fronts, give access to the L-shaped apartments: The living rooms and bedrooms all give on to spacious loggias with a southwest exposure, assuming the role of apartment hub.

The anti-seismic structure of the buildings includes, in particular, isolation of the aboveground parts using highly shockproof rubber and steel isolators.

The social services consist of double-height workshops equipped with lofts and an external covered area, depending on the type of workshop; the workshops are near the café and training center, featuring a gallery that measures the building and is a place in which to gather.

Scaled to human size, the elementary volumes destined for group activities are positioned in series along a continuous wall, which marks the eastern border of the main street. The tectonic value of this exposed brick wall is strengthened by the shadows cast by the landings and by the jutting cantilevered roofs running along its entire length.