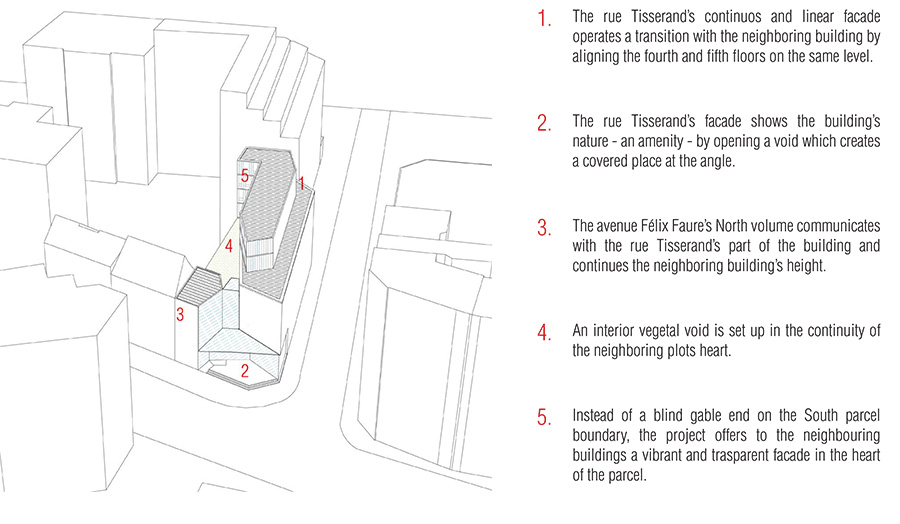 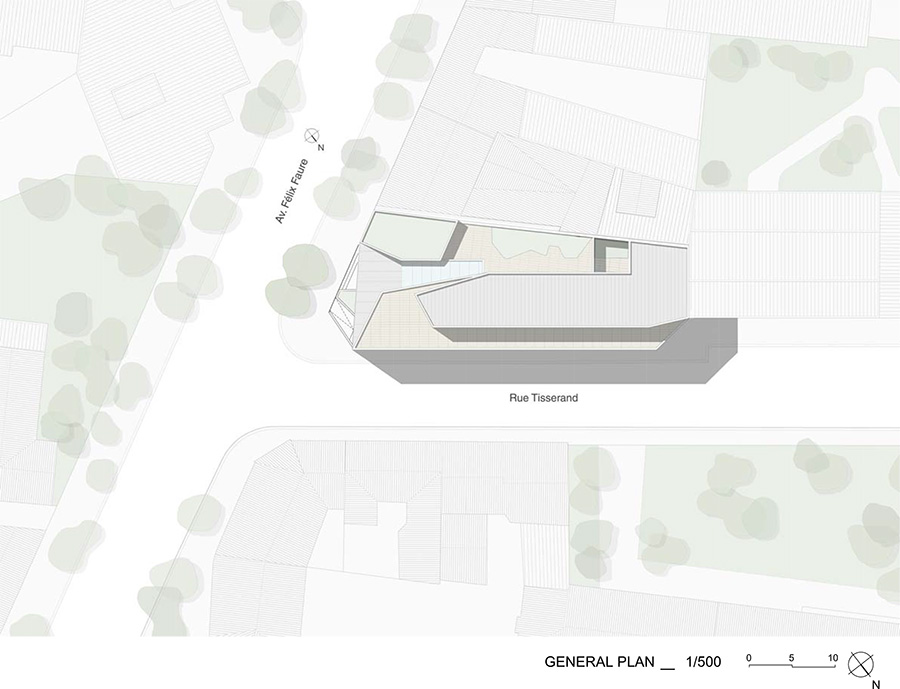 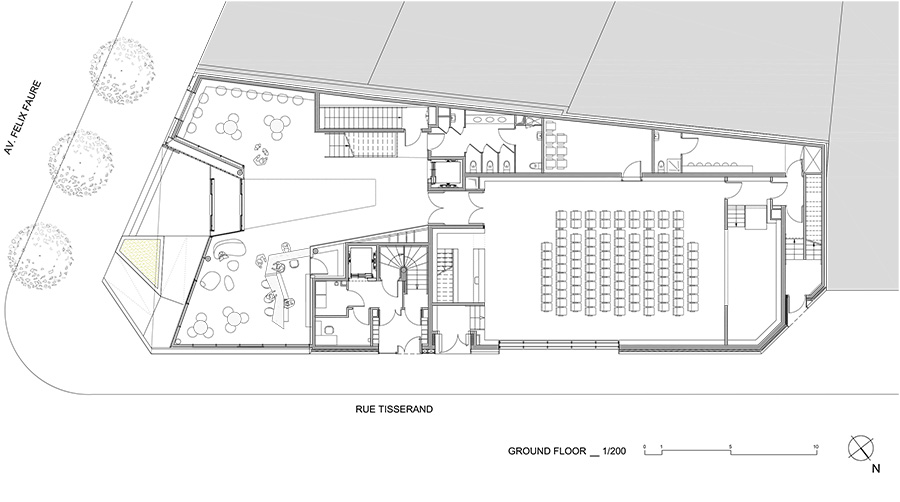 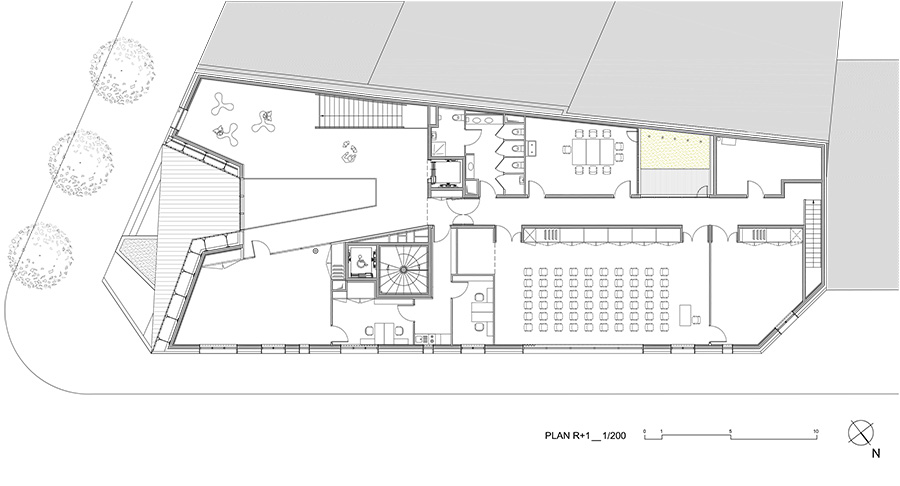 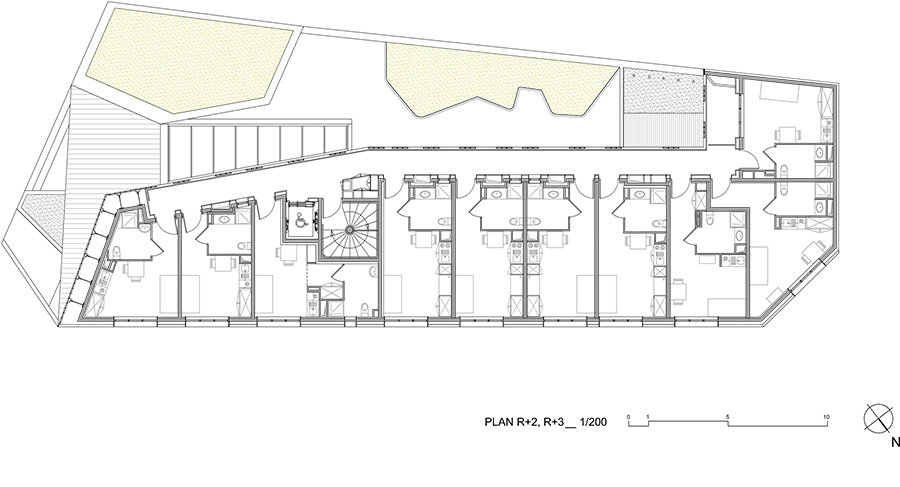 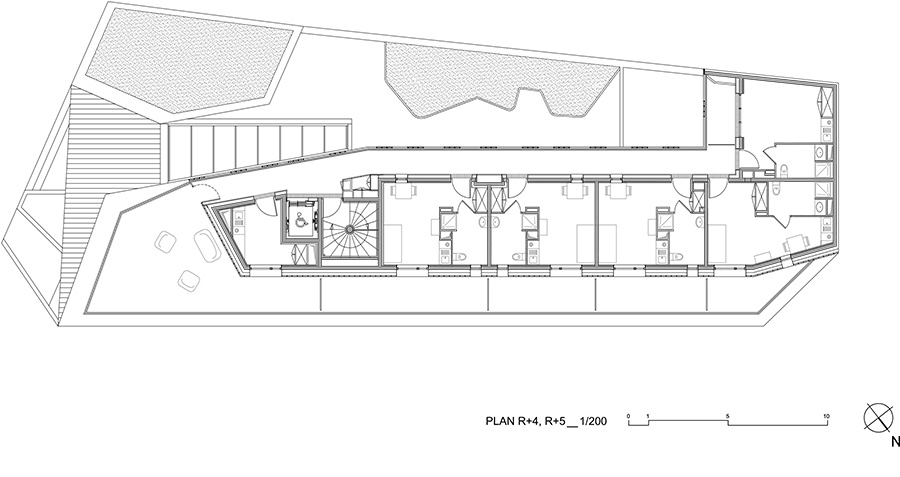 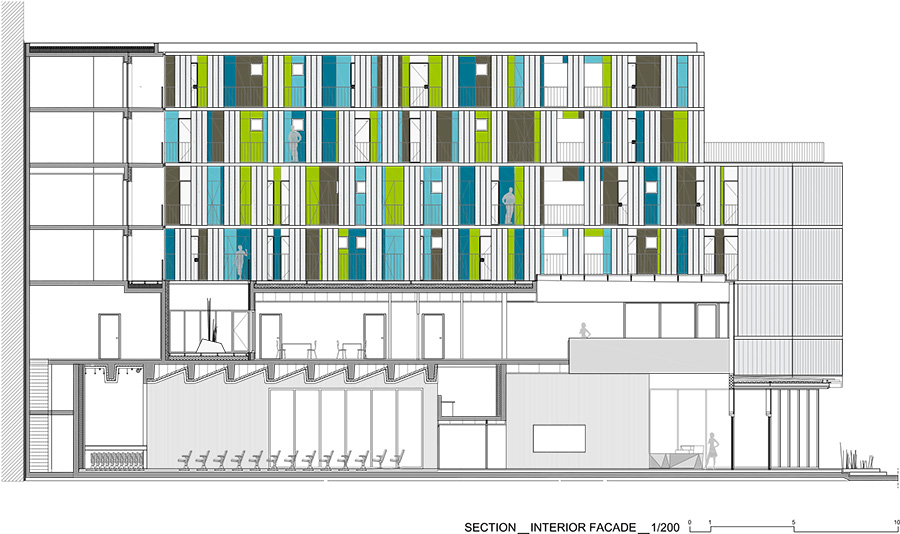 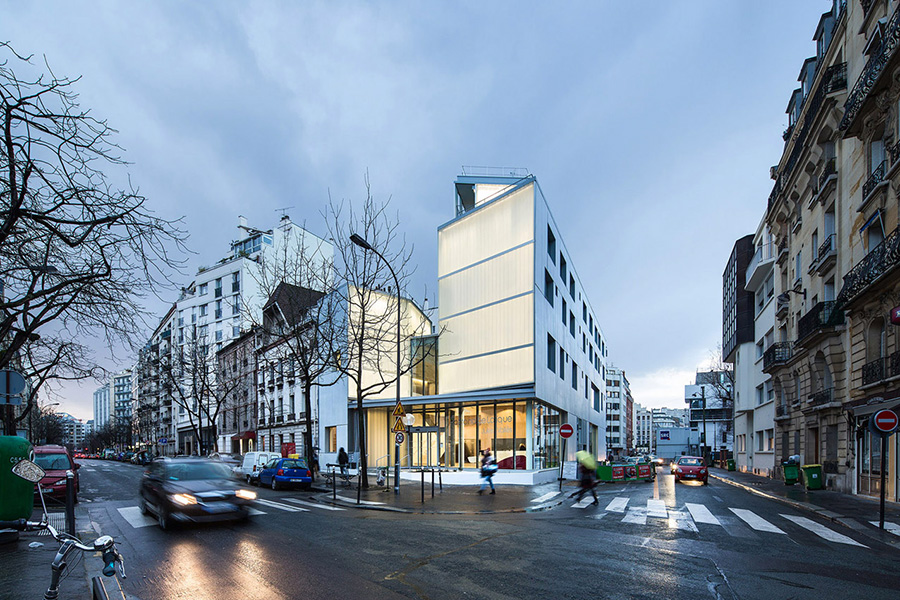 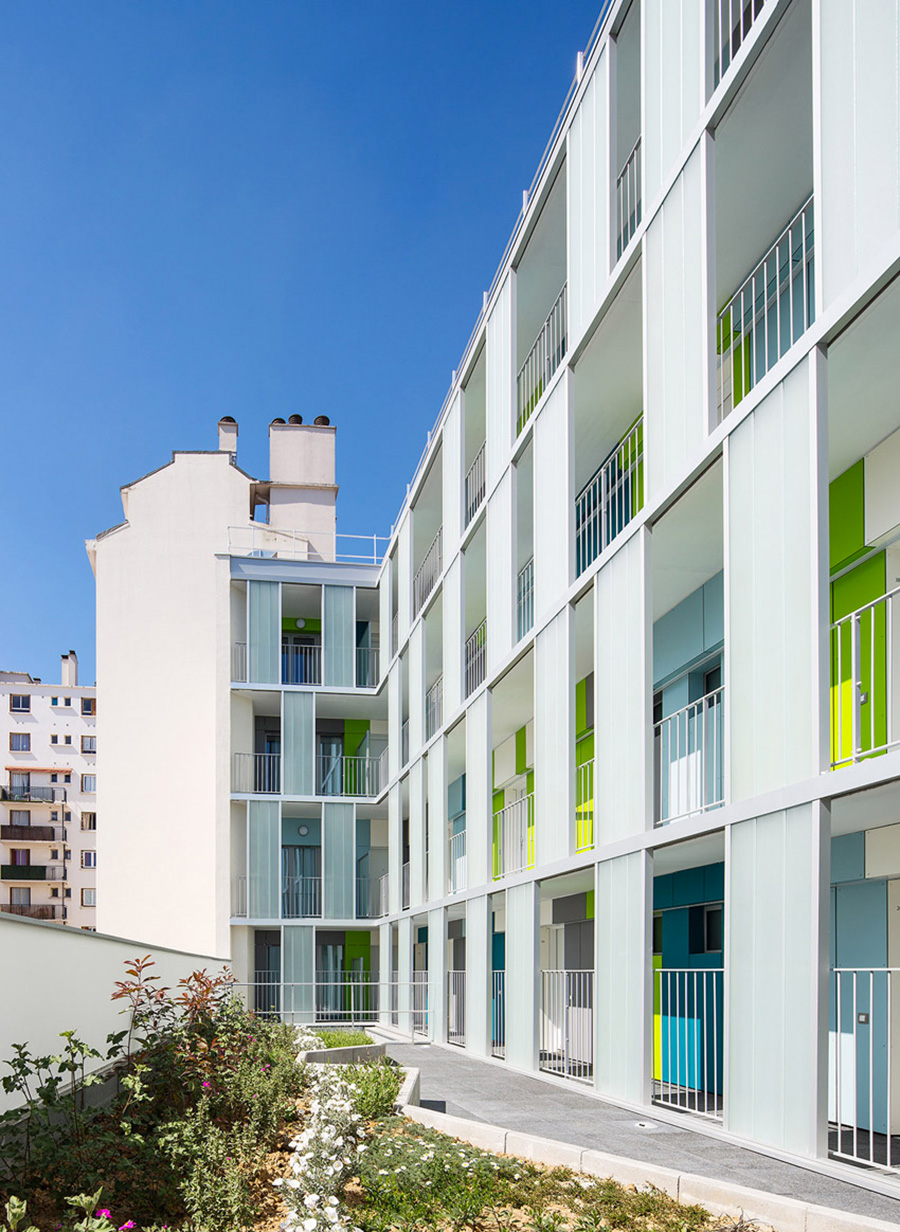 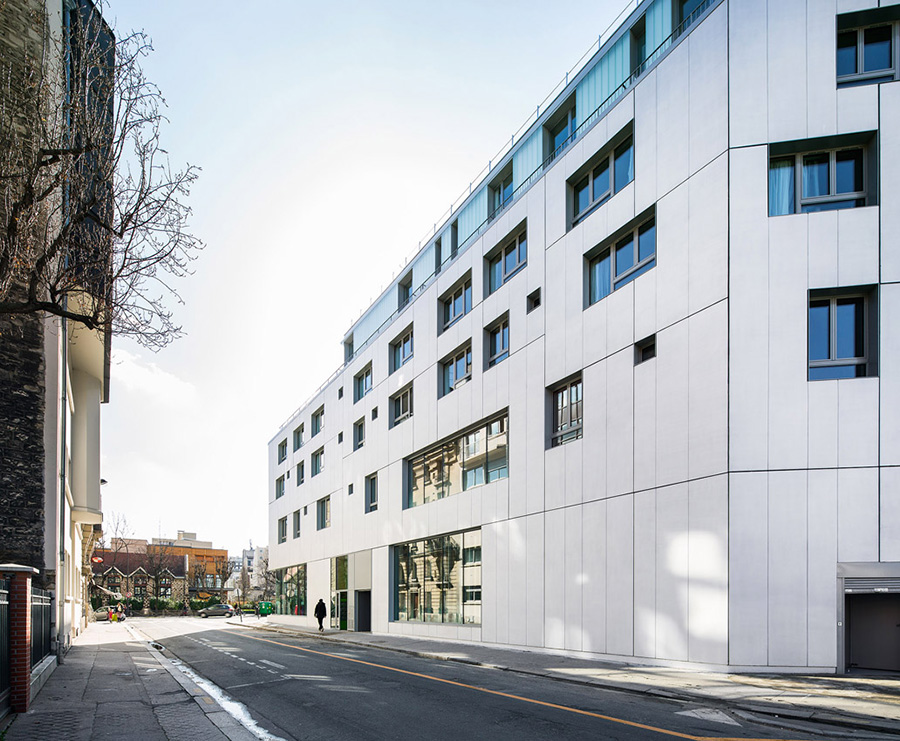 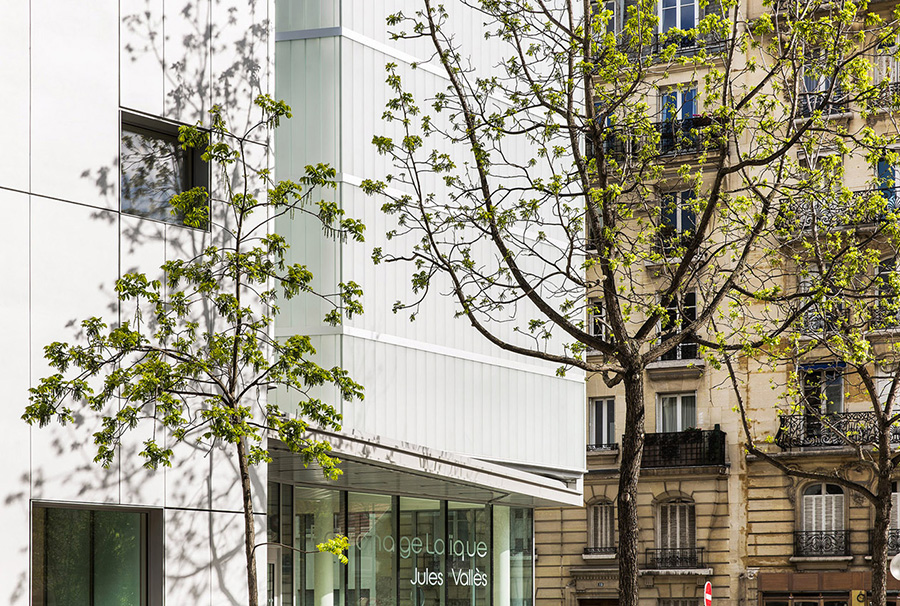 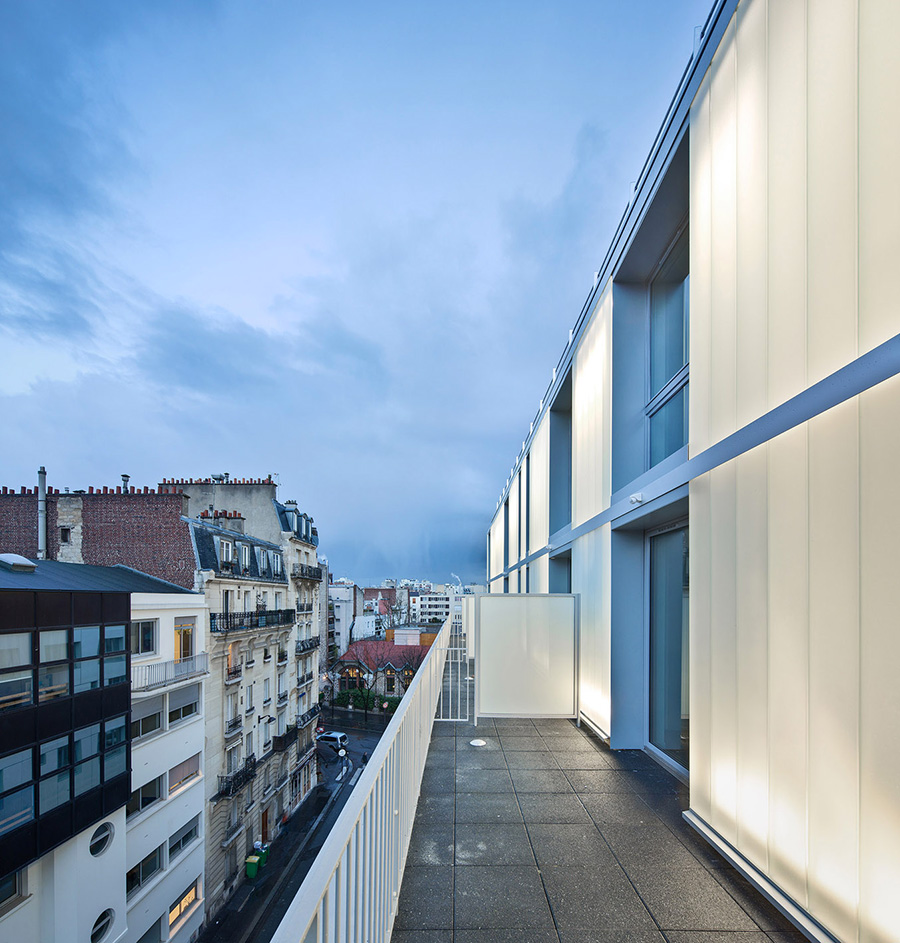 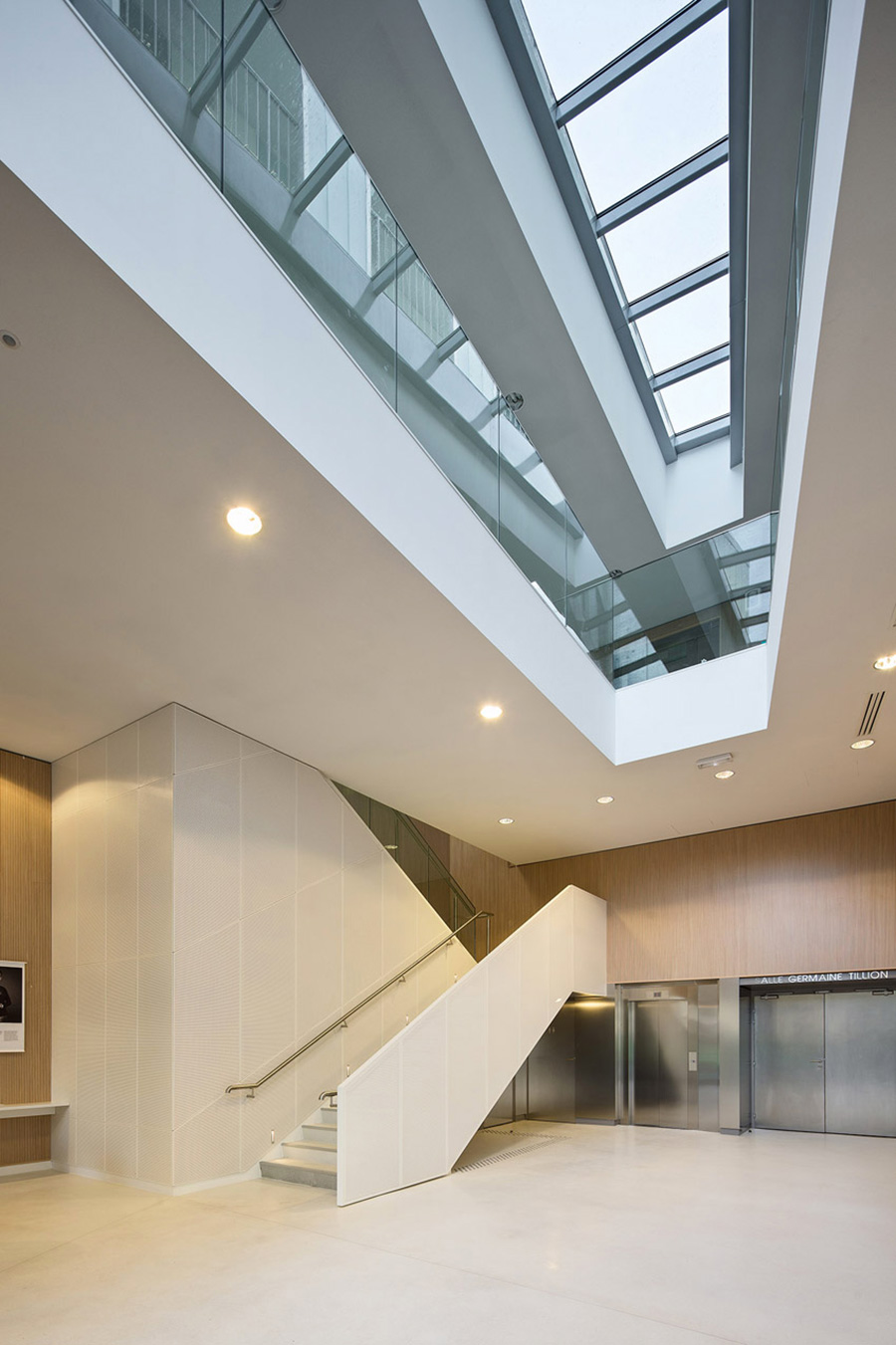 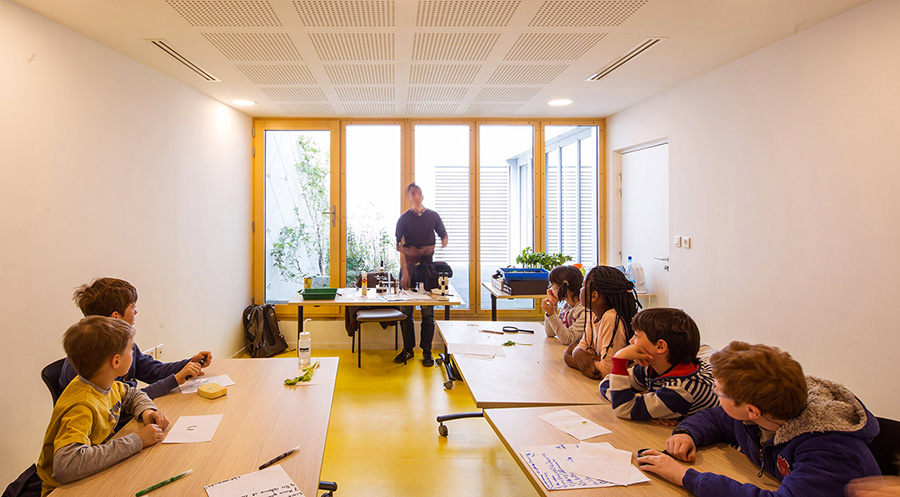 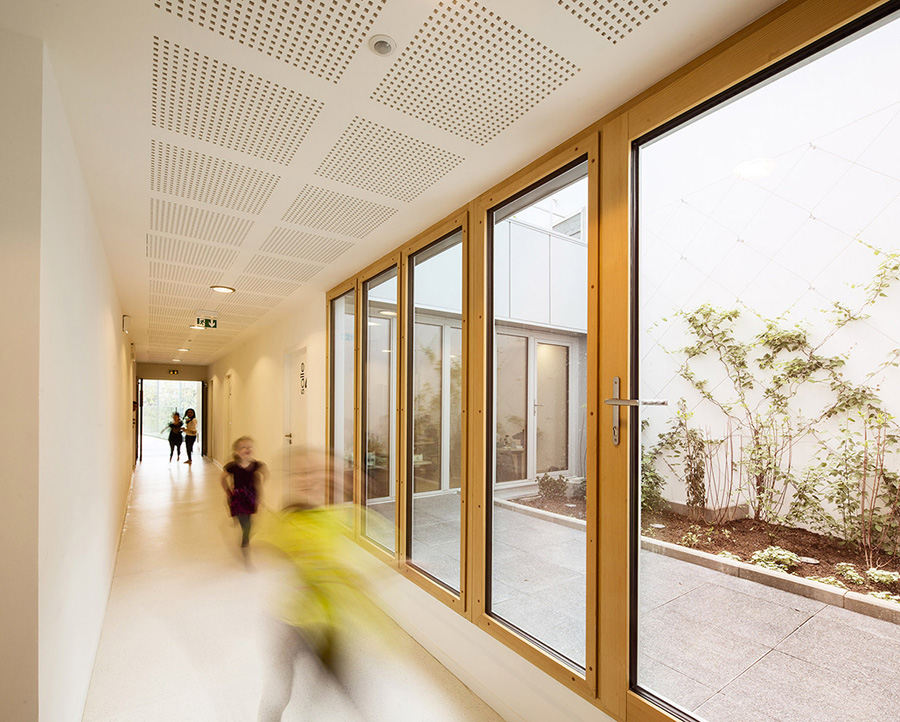 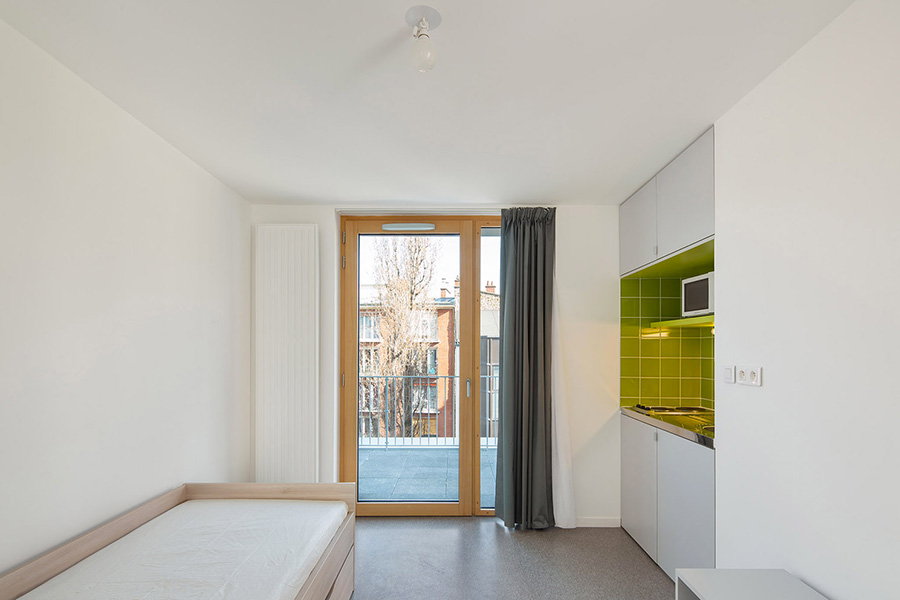 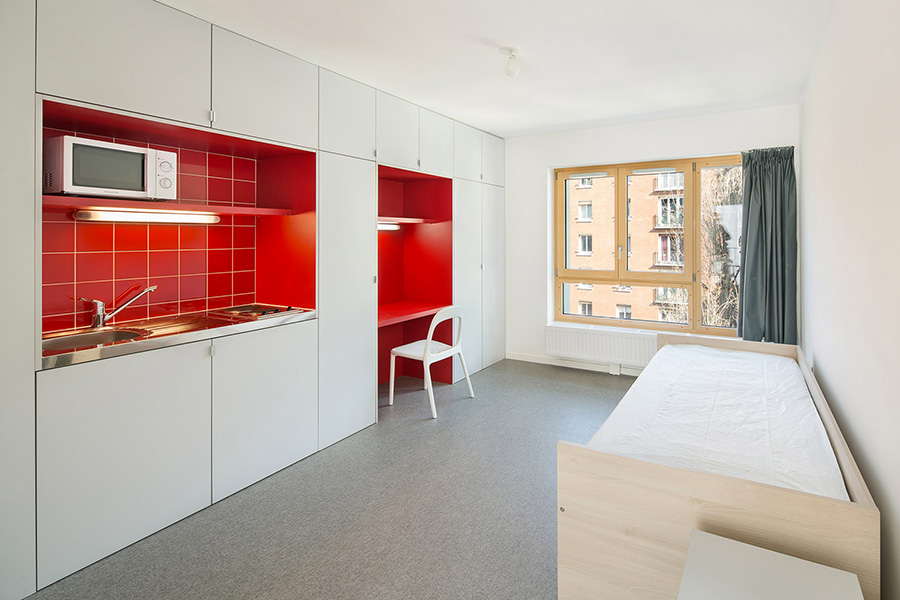 Recommending party
The project has been submitted by: Massimo Basile, MAB Arquitectura

Program/functions
Patronage Laïque is a recently delivered project by MAB+LAPS team for the RIVP Régie Immobilière de la Ville de Paris.
This mixed-use building integrates two identities in a principle of uniqueness: The Social Housing program with 30 units for young workers and the Community Centre with multipurpose spaces.

Urban context/approach
Located on the corner of Avenue Felix Faure and rue Tisserand in the XV arrondissement, the building sits in the Boucicaut development zone with its orthogonal morphology and Haussmannian vestiges. Occupying the typical Parisian street-corner lot, the building marks the neighbourhood with its luminescent front facade constructed in white U-glass, during day and night.

The approach highlight the relationship between city and public space by establishing a strong bond and continuity with the interior of the plot, placing the accent on its public facility character by offering an identifiable landmark.

Design approach
The public facility and the social housing program enjoy two distinct entrances. The Patronage’s glassed-in atrium extends the public space within the building while enabling neighbours and the passers-by to glimpse at activities happening in the building.

The residence has a more discrete side entrance and extends from the second storey to the fifth. The 4-storey facade along rue Tisserand is treated in glazed concrete, the metallic reflections of which wed with the interior glazing.

The living units combine a working wall (storage, kitchen, and office) and naturally lit and ventilated bathrooms. Generous operable glazing animates the studio space, the floor areas of which vary from 19 to 23 square meters.

Environmental sustainability
The Building is conceived with high energetic performances and it is certificated BBC Bâtiment Basse Consommation (50Kwh/year).

The exterior envelope is conceived with high performances, and made of a structural concrete façade and a mineral wool external insulation (20+ 15 cm). A system of photovoltaic panels in the roof grants the production of hot water.

Social sustainability
The proposition fosters user-friendliness by creating generous meeting places and favouring an opening onto the city. It responds to the City of Paris desire to encourage “getting on better together” in a spirit of opening to the world.