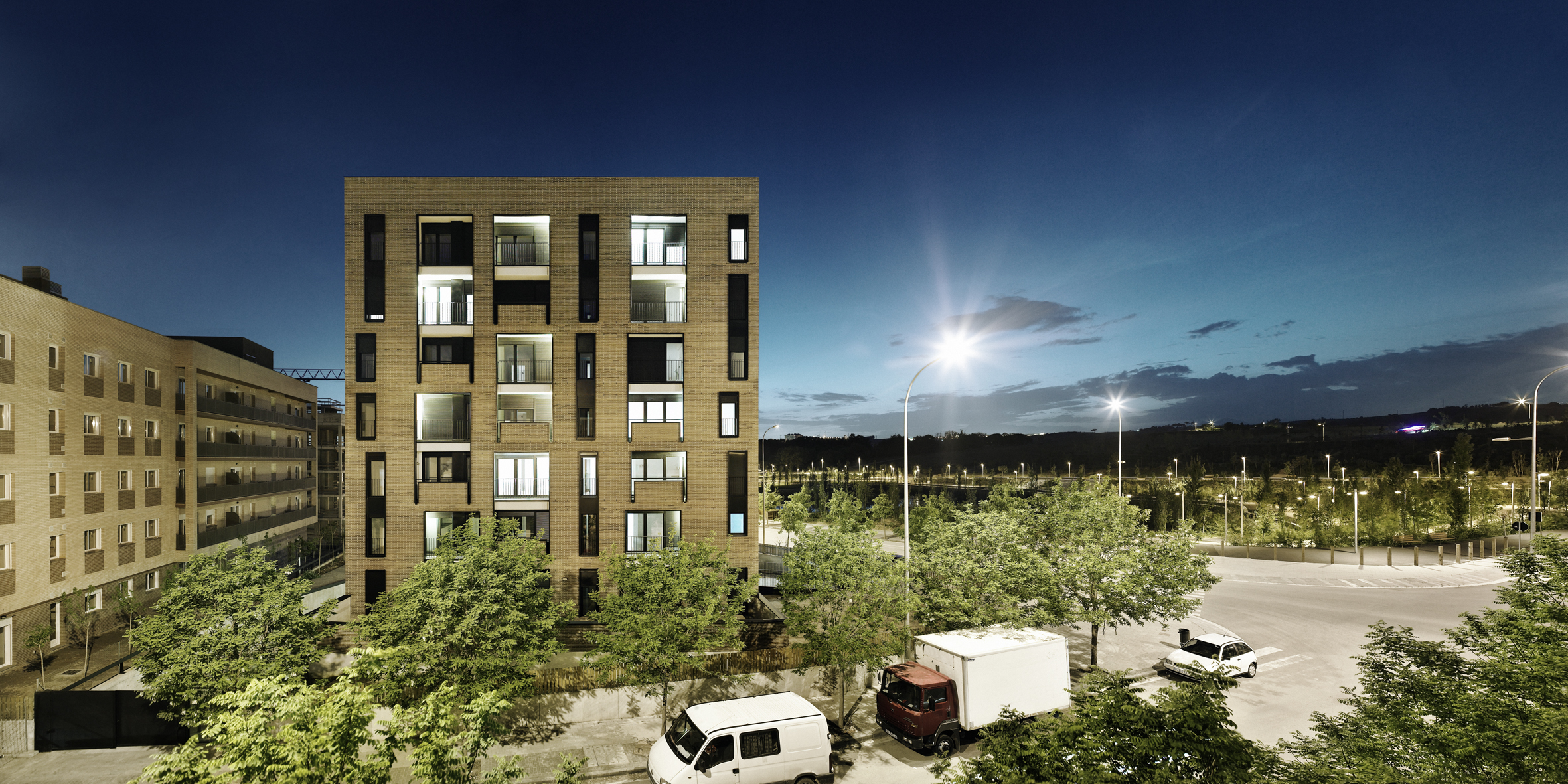 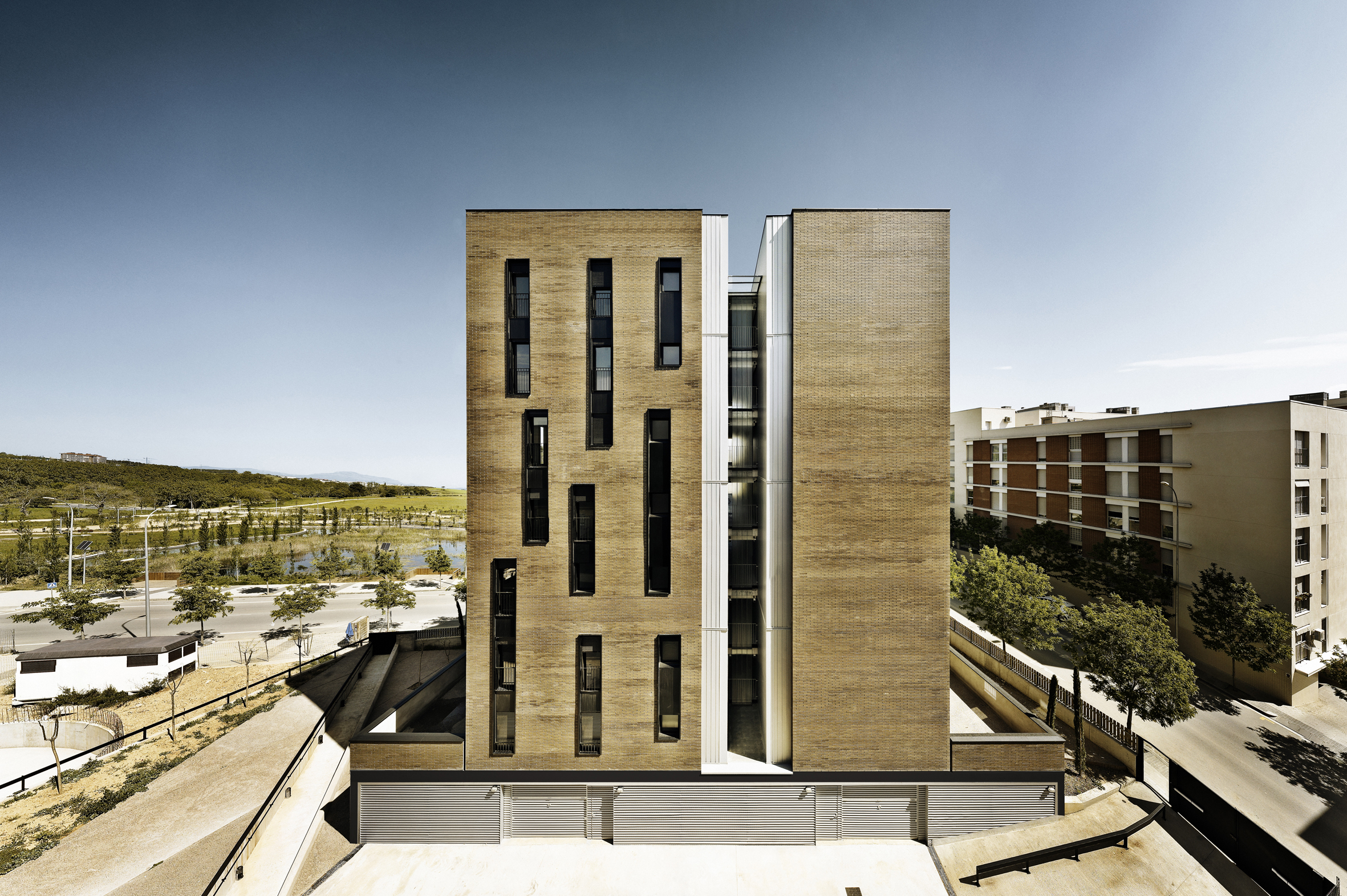 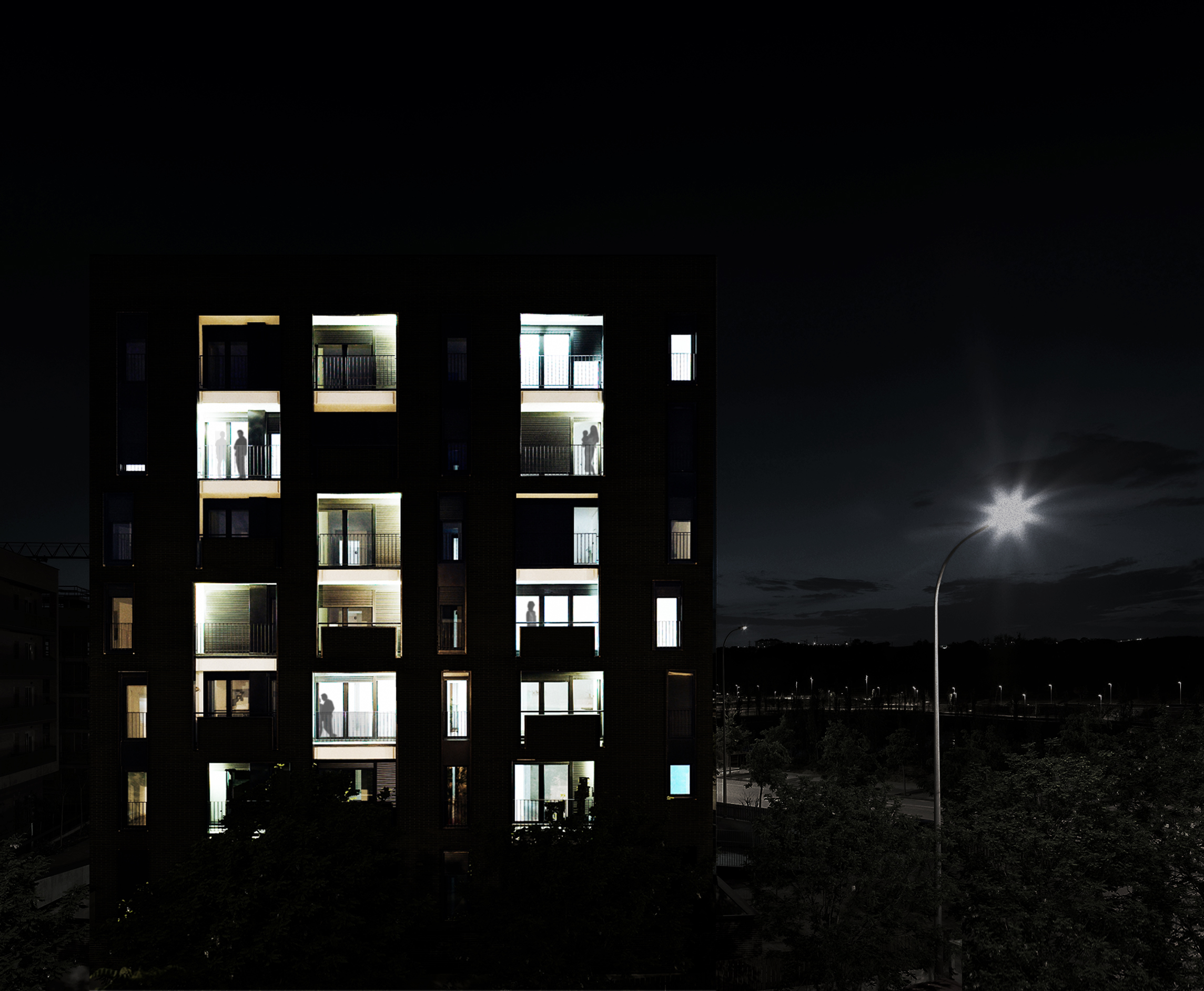 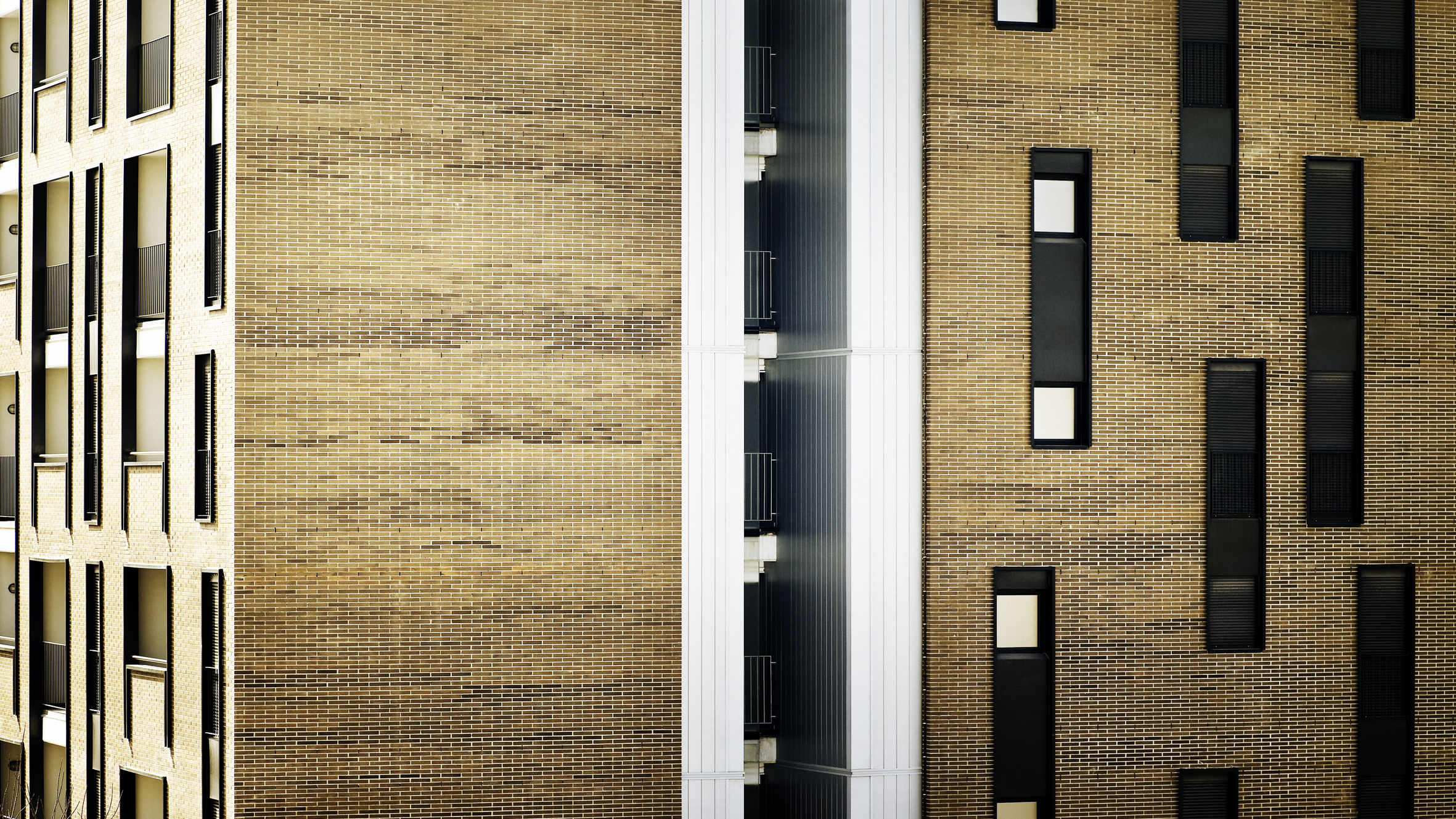 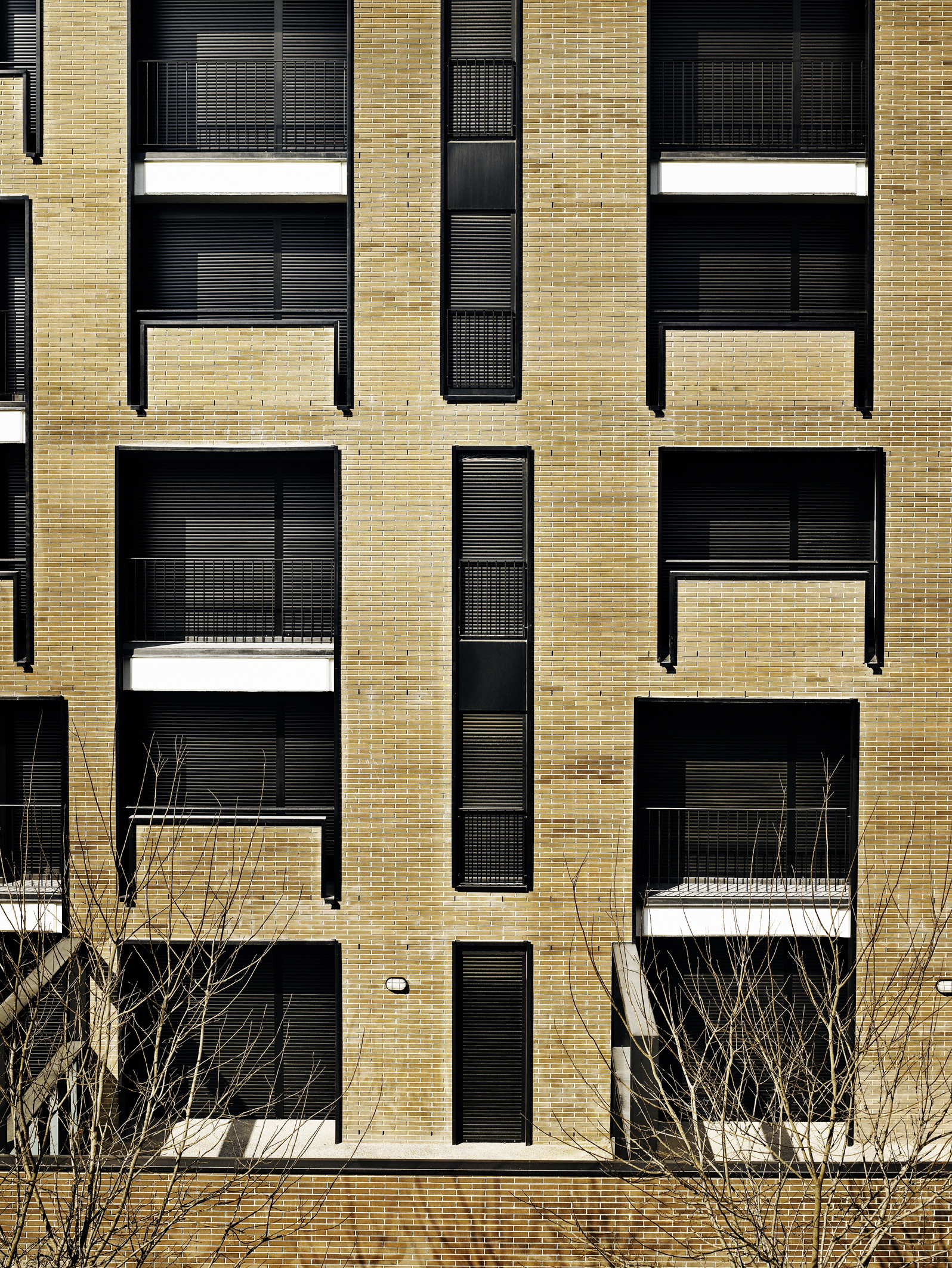 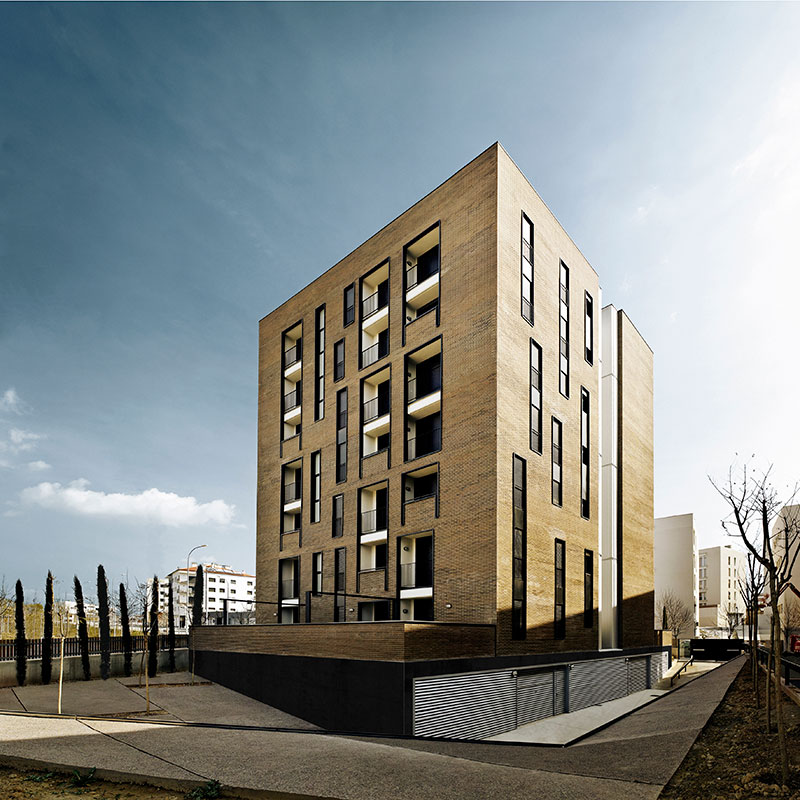 Project title: Apartment building with 42 units for young people in Montcada i Reixac

I start with the “Architectural Association Press”, I go towards Lewerents and I will arrive to Masrampynio.

There was a 1989 book, “Sigurd Lewerents 1885-1975. “The Dilemma of Classicism” published by the “Architectural Association Press” with its cover made of an intriguing impression of a wall fragment from one of Lewerents churches made of sandpaper. The book had a black and rough texture, unkind to touch but unbelievable beautiful, unfolded on the white table of the library where I saw it for the first time: mineral paper like St. Mark and St. Peter walls.

The first two hand made book written by Peter and Alison Smithson, with Lewerentz picture appearing on the left, smoking and beginning to talk, called “The Silent Architects”. From that “quiet society” with members such as Pikionis, Melkinov, Eames Architects, Coderch, Max Bill, Ralph Erskine among others, now I wonder what would had happen if the article had been written after 1989.

Is the sandpaper roof evocative as an echo of textures of the churches mortars? Or, is it speculative because expects venture from that quite architecture that finishes being rough and unlabeled? Is it difficult to swallow, like some alcohols? Or it is made of sandpaper because the book wants to say that Lewerentz is among the architects who tryes to soften modern architecture and remove the hasty and brutal aspects of the newborn prototypes to achieve matt objects? But at the same time saved the last treatment, perhaps because they do not want that finish belonging to the family of the objects with clean-cut and polished address that lost the warmth of the manipulation that worked them…

I believe that Smithson discoveres this guideline in the way of these architects and portrayed with them another way in the contemporary architecture.

All this come into it: in that scratchy roof finished giving him topic to the first scale model for the contest of small housing buildings planned for young people, that now has been finished in the neighbourhood of Masrampinyo in Montcada I Reixac. The project barely is a cubic volume cut in two pieces, to the right and to the left hand, following the law of the aisles of each floor, some big winfows that put into groups the smaller ones and a folded facede over the ground floor. A mask-dress made for a program with 42 minimum cells.

I see in the Masrampinyio pictures the uncouncscious trace of that impulse that stops architecture at the time in which is even a workshop object and conserve the vibration of manufacture moment. And it has been built or was its imminent destination, avoiding that stranger condition that “the products” have.

To group and break up to adjust its scale and to manipulate the size of the uilding until make it seem more intimate of what it is. A house of houses situated in the corner of a plot located on the outskirts and that walways finish perceiving from foreshortened figures that pivot on the corners. Bronze coloured bricks, metallic black frames that mantaing floating this skin and show the white interios of the niches.