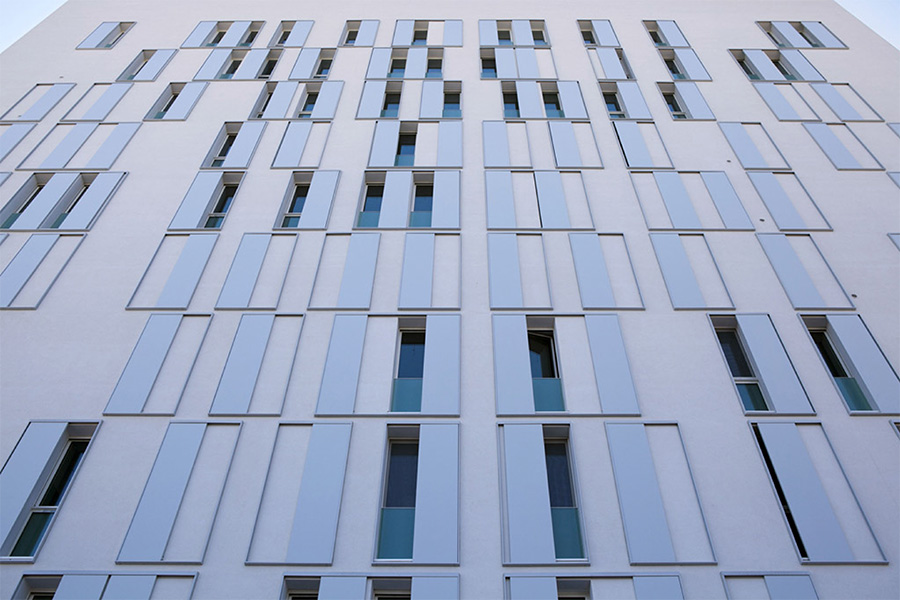 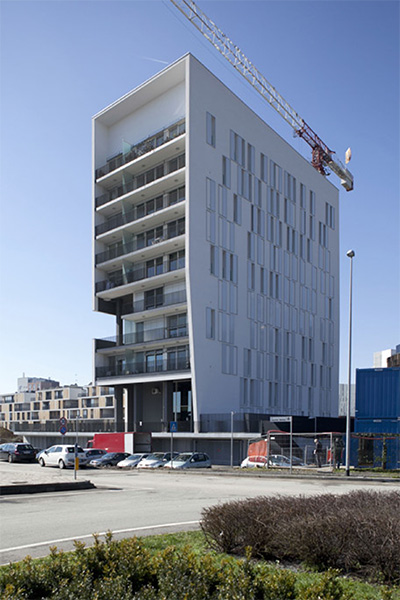 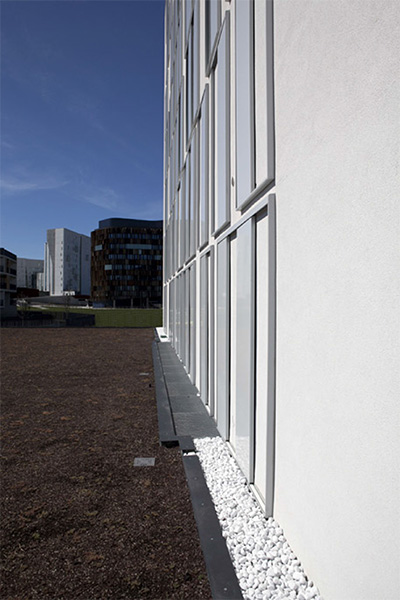 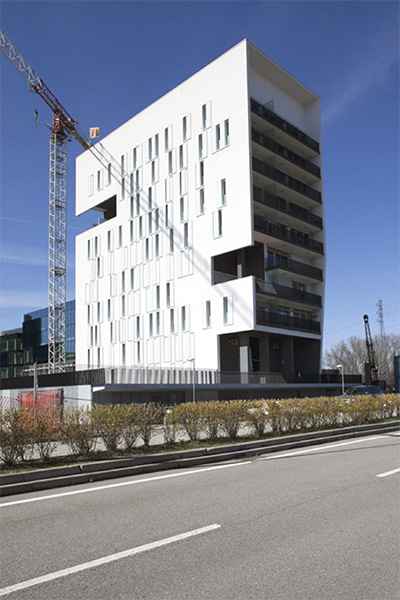 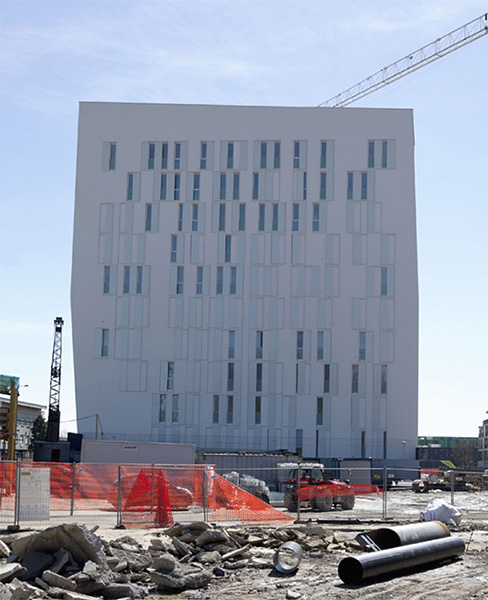 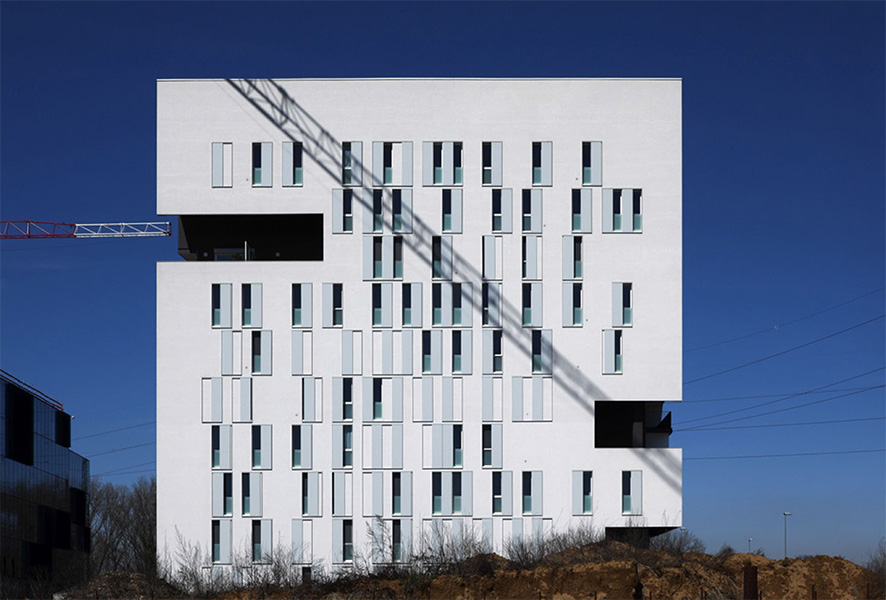 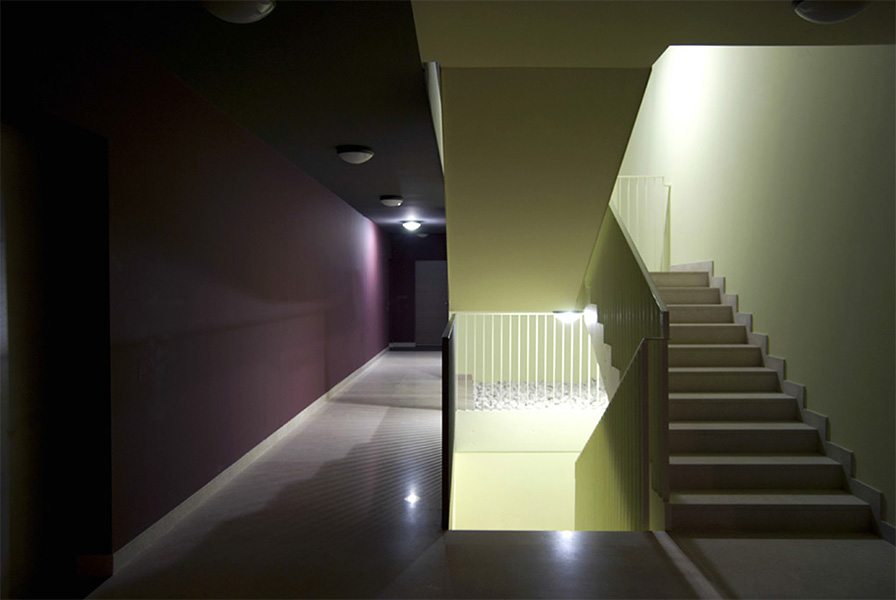 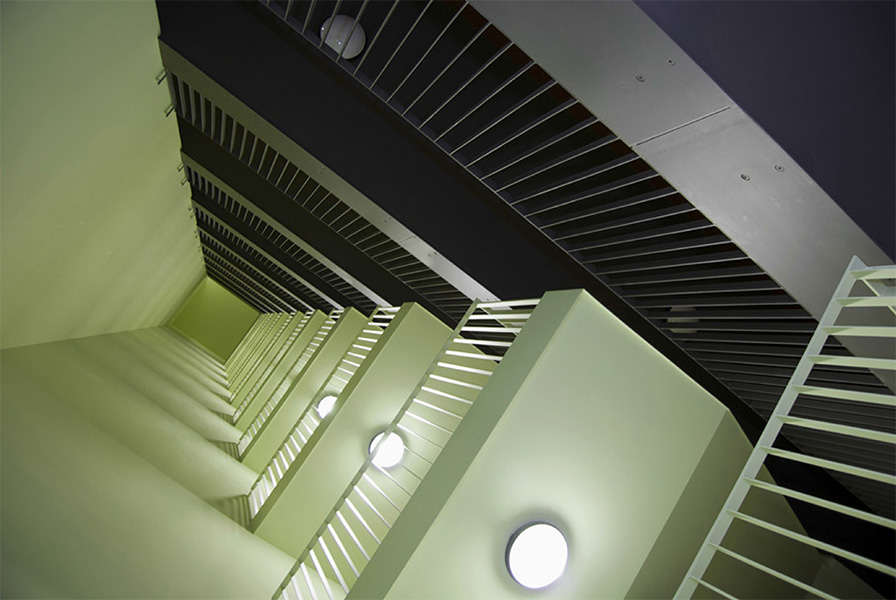 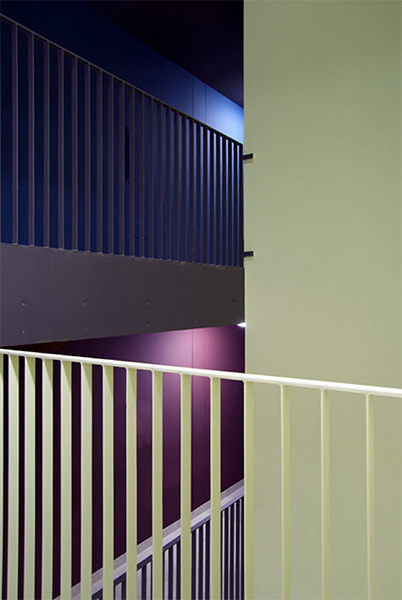 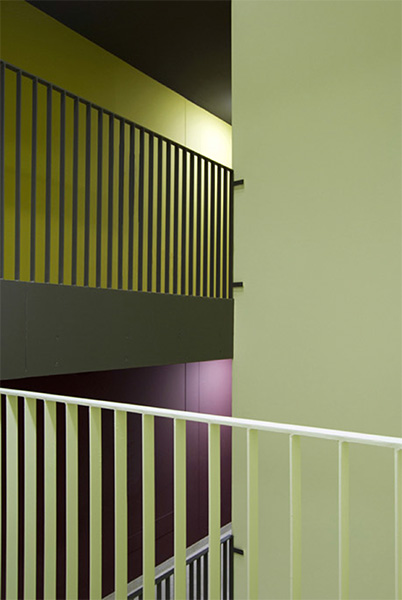 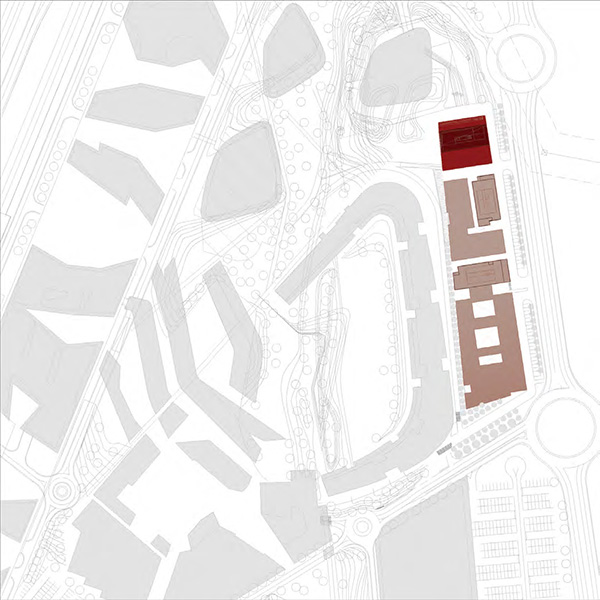 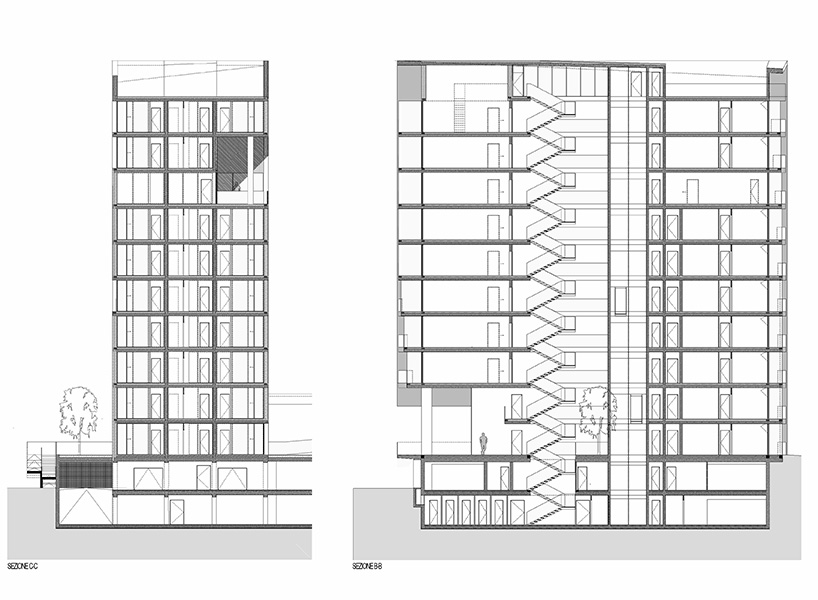 Of which
Residential: 100%
Public/communal areas: 0
Facilities for the public: 0
Business/trade: 0
Offices: 0
Number of residential units: 47

Site
The project is a part of an operation that completes the puzzle defined by the urban masterplan  of Assago of E. Van Egerrat and overall is characterized as a “artificial ground, a green blanket in the park that integrates a system of different functions at different altitudes . Like a missing piece, the pattern settlement resolves relations with both neighboring buildings, which have already been defined with the limit road. On the one hand the park between the houses, the other the south park eroded by heterogeneous functions insensitive to the relationship with the place.

Urban Strategy
The design operation involved working both on a principle of continuity of components, integrated with each other and rooting the morphology of the park. Not separate buildings but a structure which relates different types. It also sets out a substantial introversion of space, (that protects and prevents us from seeing) in building a system of patios which are aimed at both the school functions that university.
The building, as is the case for the city historically-established, simultaneously becomes a complex and highly differentiated both spatially and functionally, a simple system capable of integrating with the same principles different conditions. There is a significant double-perceptual level of the project: from the nearby residences, like a long green rectangle dotted with holes (from which emerge trees located in the gardens), and one from the street where the reduced volumetric impact sees the longitudinal tension of the cover, in counterpoint to the verticality of the body housing.
This was completed first even after a series of changes introduced in the development of the “horizontal project that has changed the content.

Program / functions
The housing s tower has a height equal to the neighboring buildings designed by Park, Cino Zucchi and Obr, and typologycally is characterized as a knife with a staircase and elevators centrally arranged, with a distribution of housing internal balcony that overlooks a void lit by a skylight in the roof through the ten-story building.
The system allows to have from four to six rooms on the ground with the ability to aggregate one or two rooms to form a three-room apartment. All apartments have fully glazed and stays open on loggias facing east and south west towards the park or the inner intervention, while to the north and south windows narrow and tall (75 cm x 270 cm) marked by sliding aluminum , allow great flexibility in distribution rooms, cucione and services.

Design strategy
The architecture is characterized as a white prism, plastered, almost pure, which would “destabilize” with slight variations in the inclination of the vertical sides and roof. The simplicity of the volume and quality of its compact proportions, characterize it as a landmark “discreet” built with simple means. The interior on the other hand becomes color-space characterized by the space distribution plans a place with a very specific character and differentiated at every level.

Environmental Sustainability
The sustainability is refered with urban settlement of the neighborhood, but also specific intervention who interprets the reasons in crossbreeding a model that has the concepts of density with that of the park as foundational (for which the car is not if you do not come in garages, separating pedestrian flows from those road system.) Sustainability is also building designed in the integration of the building in the park, with cover entirely green. The building as a residence is characterized by a logic of closing (north and south sides) and openness (short sides east and west lodges), which allows an energy class B Cened. The walls have a brick infill and a finish coat.

Economic Sustainability
Being accommodation at the controlled cost of selling, the cost of construction has been significantly reduced (less than 1000 euro/mq). The good quality of execution has resulted in an outcome that allows you to have a standard no different than building free.
Social Sustainability
The project is part of a private initiative of the new implementation with a mix of features that allows you to make a significant urban effect even if in the process of consolidation. The positive integration in this sense is also from the social point of view through buildings and housing types with very different characteristics.