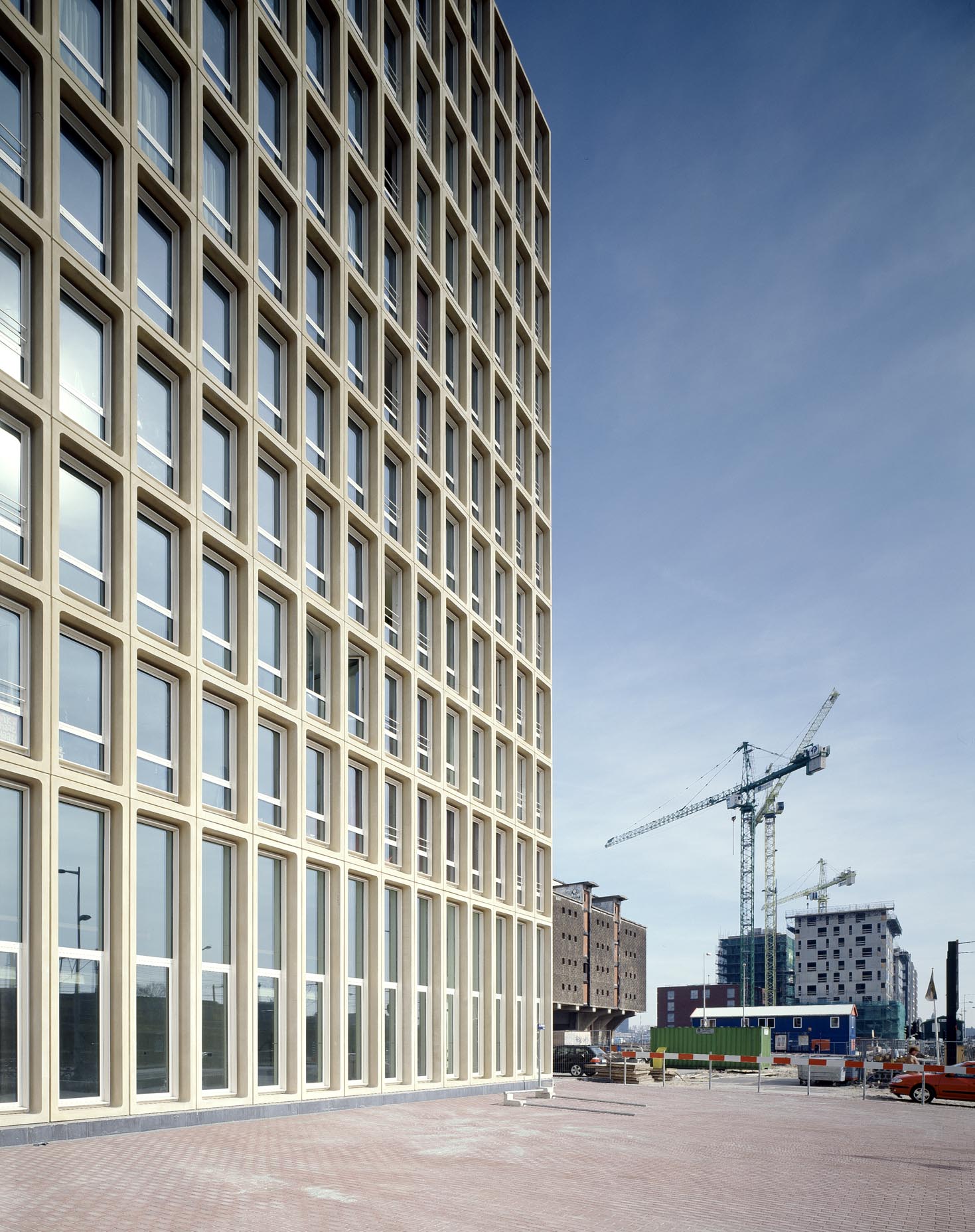 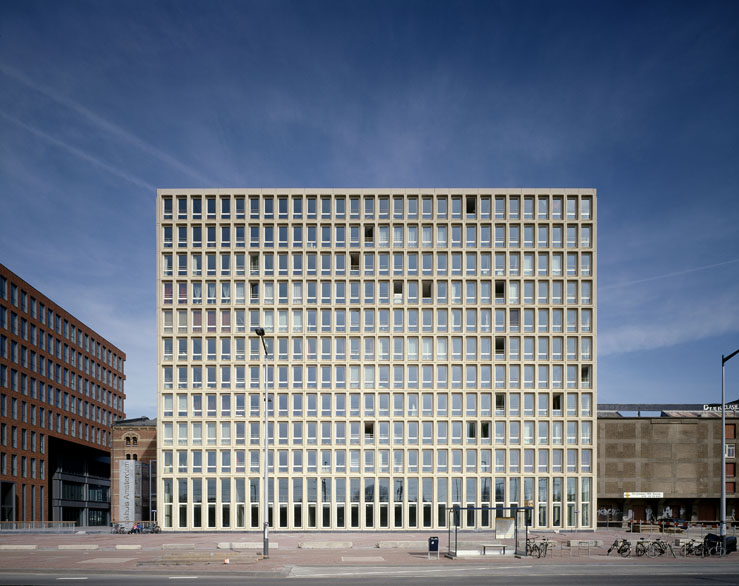 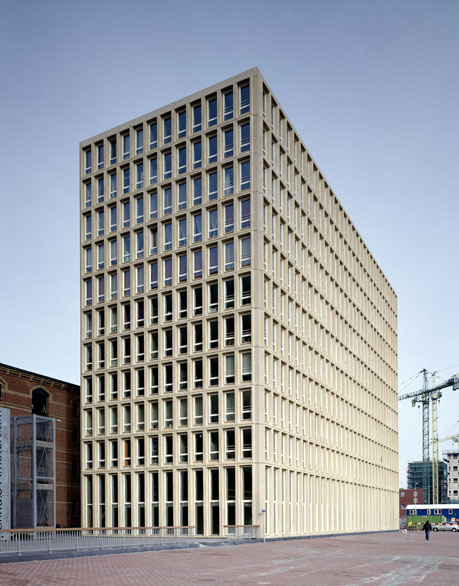 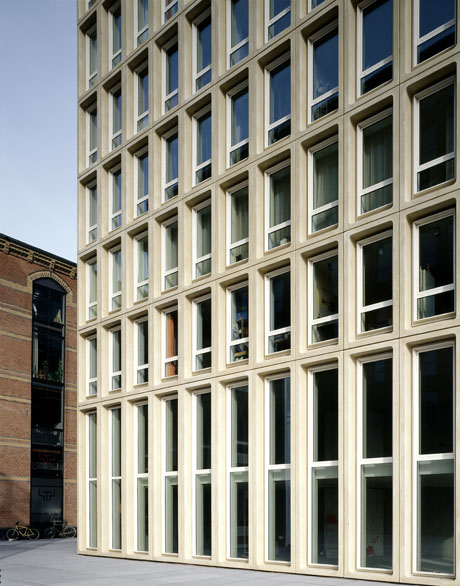 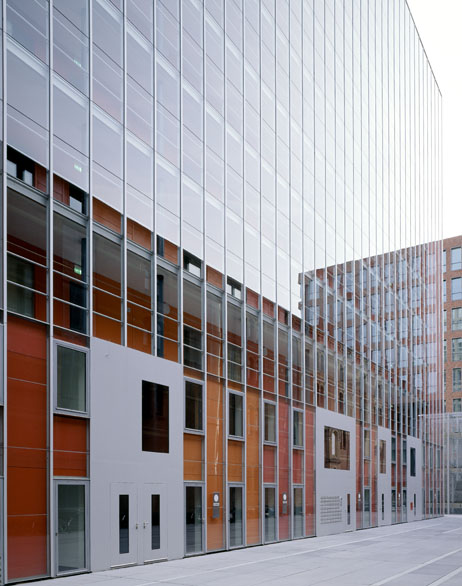 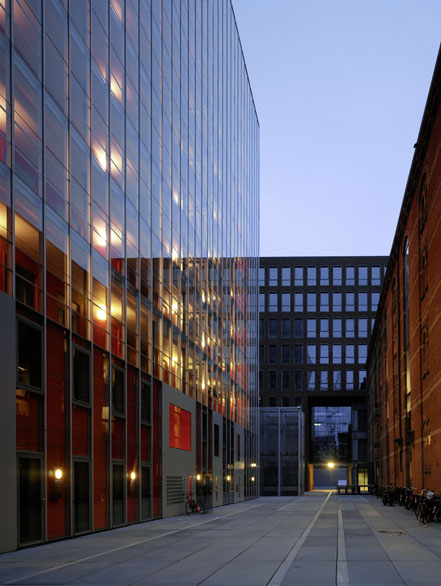 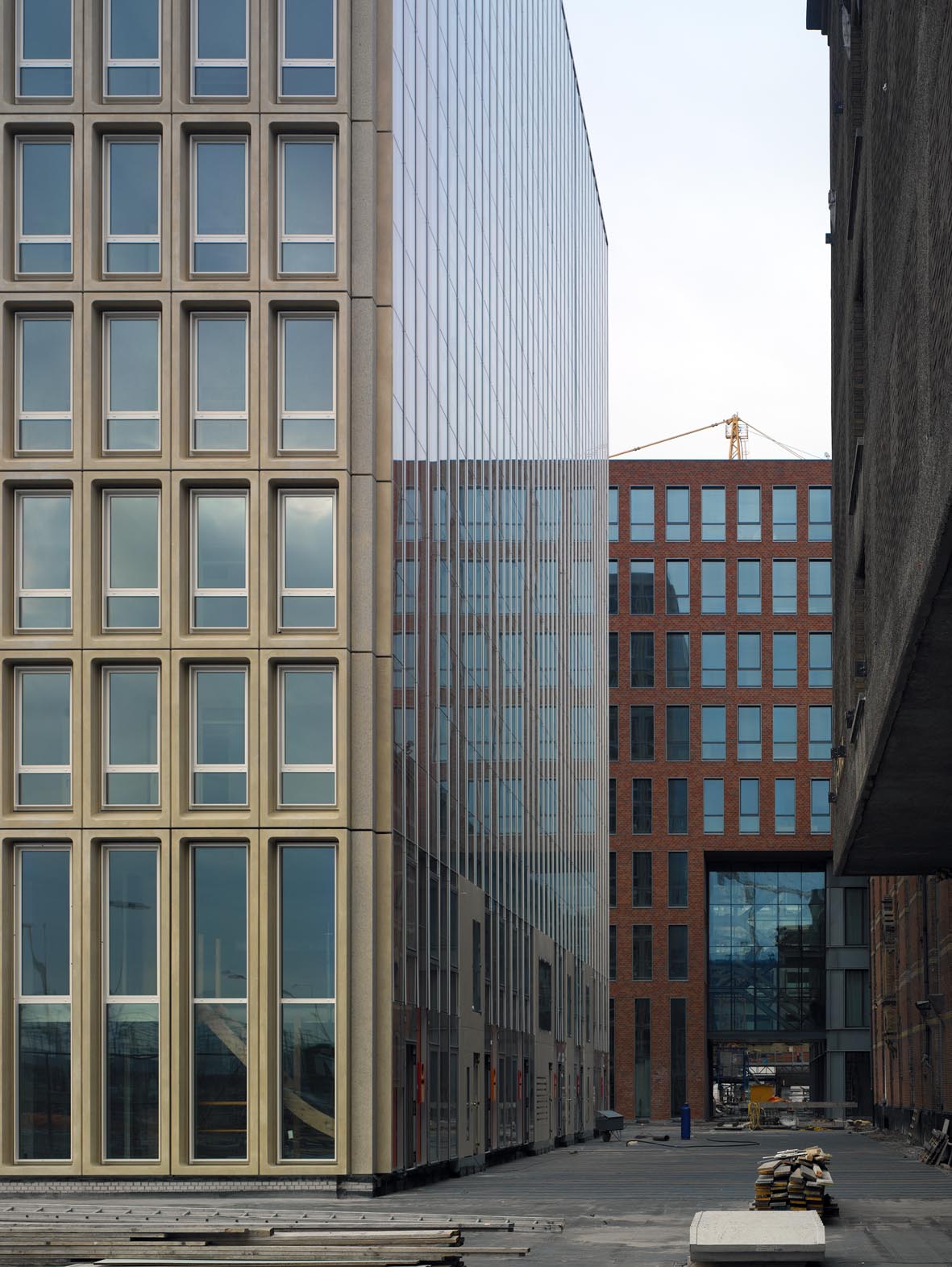 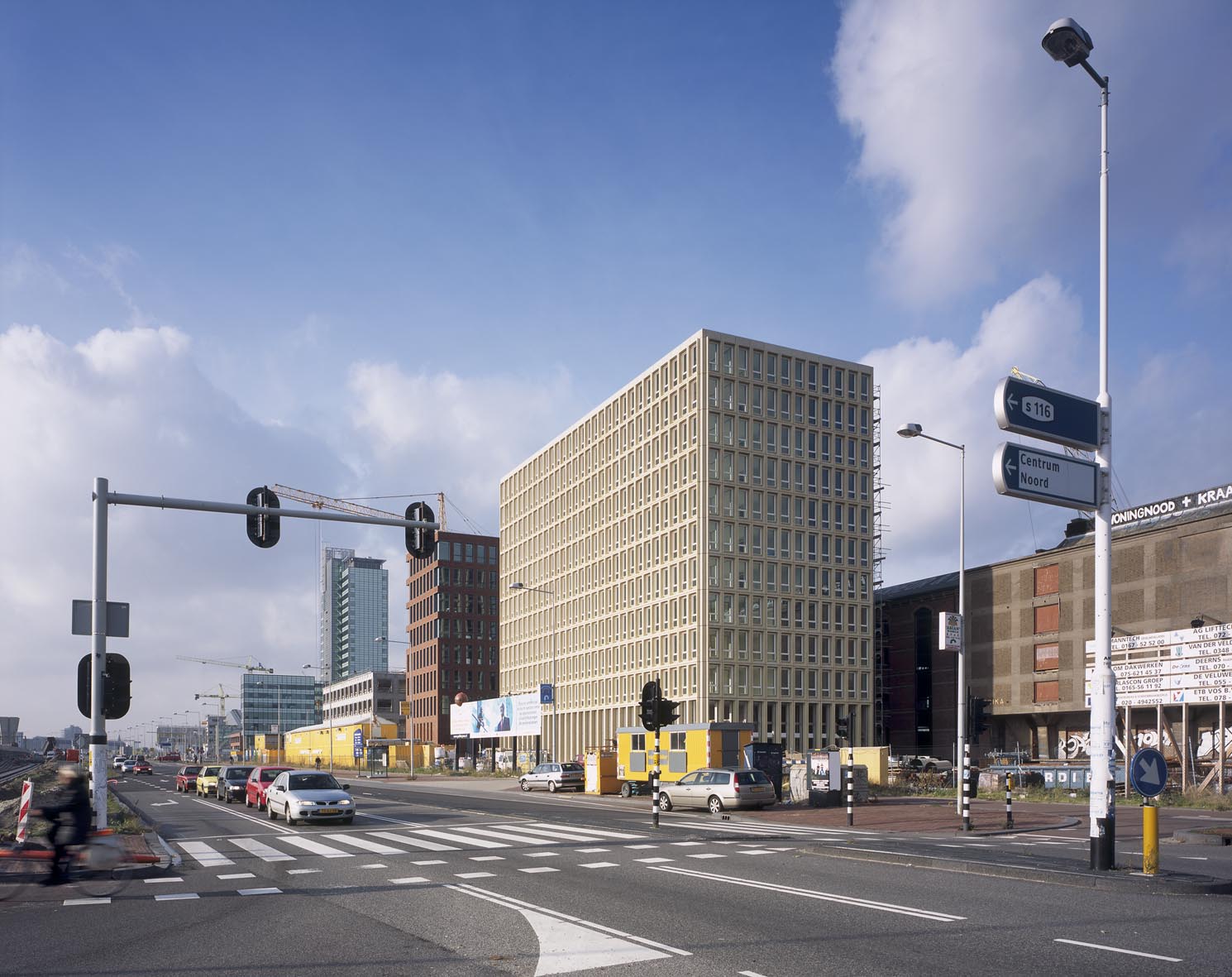 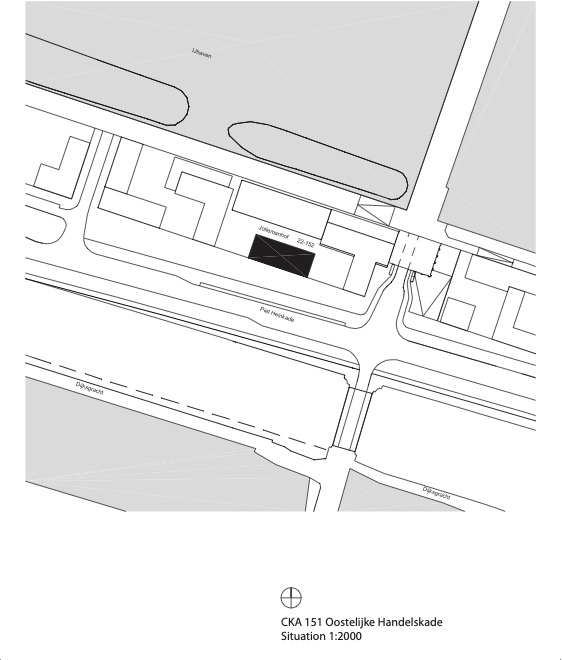 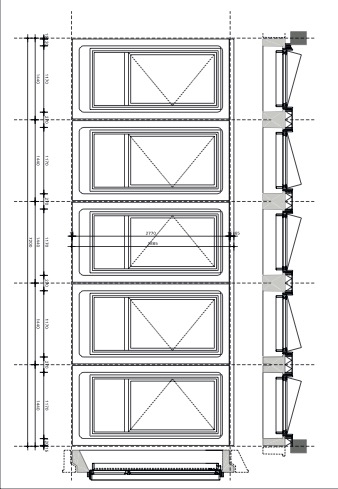 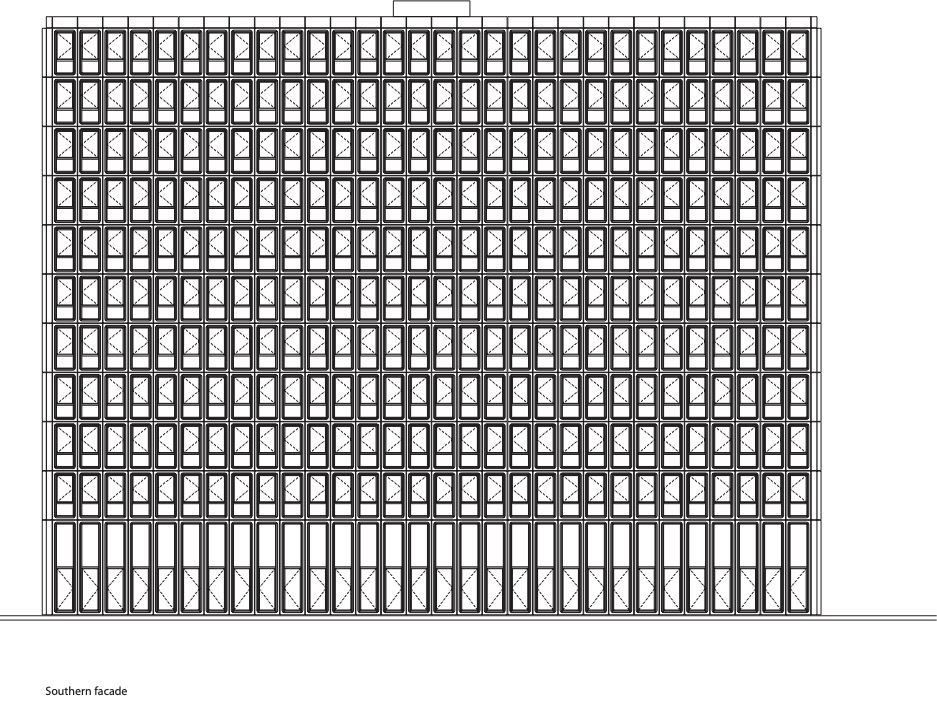 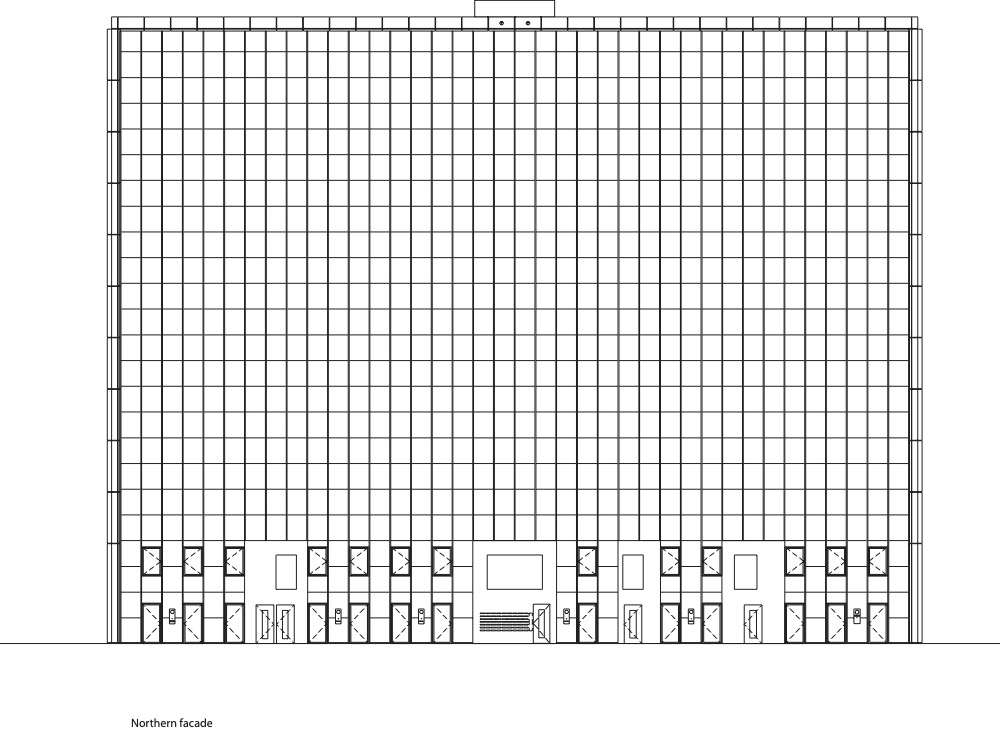 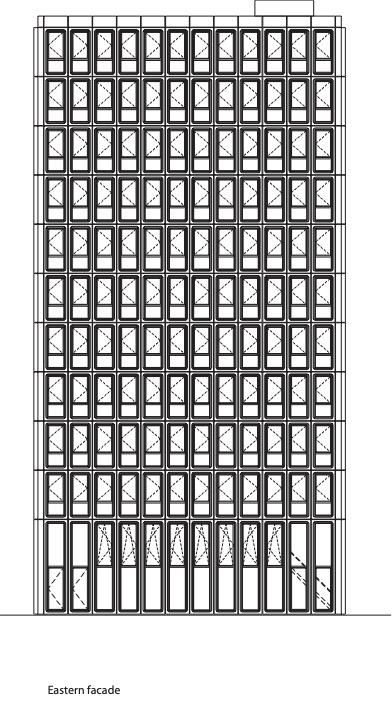 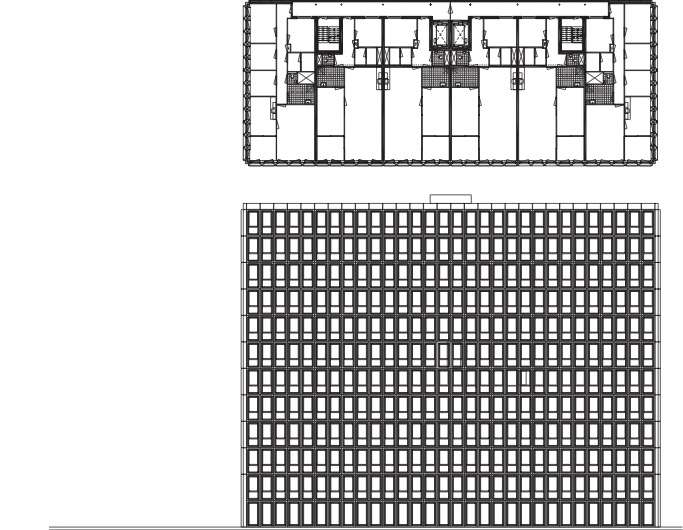 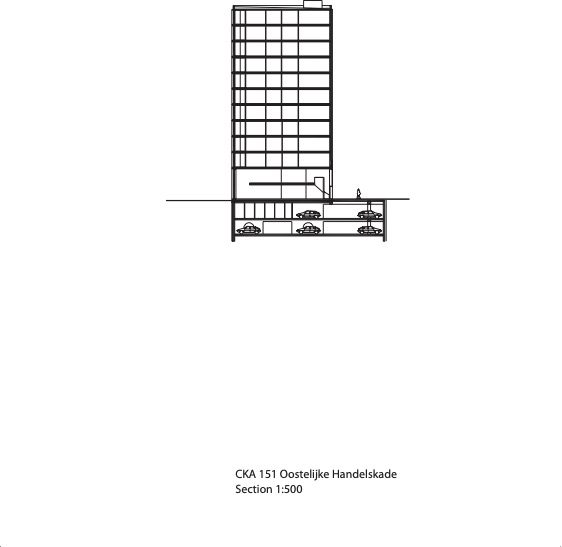 The chequered architecture of the Claus & Kaan housing complex in the Oostelijke Handelskade seems to be saying: what you see it what you get. The grid of concrete window frames makes no bones about what this object really is: an ensemble of housing units. At the same time, the monotony of the concrete frames conceals any variation in the ground plans of the flats.

The building, that contains 66 rented council apartments, is situated in the continuation of the area where the five-star hotel is located. In the past there was a virtually unbroken row of warehouses and industrial buildings here. Most of them have been demolished. The surviving remains of the dockside architecture are now incorporated in what by Amsterdam standards is a high densification of this former peripheral zone, for which Kees Christiaanse has drawn up the urban development plan.

The Claus & Kaan housing complex, which is in essence a simple block of flats, nevertheless evokes at least two other images. In its rationalistic simplicity it looks like an industrial building, while at the same time the refinement of the façade grid can be seen as a reference to the high-rise blocks that such architects as I.M. Pei were designing in the United States in the 1960s. Where the façade grid stops, these hints disappear and the building changes character. Here the shell has burst open and the building betrays the soft and warm side that its colours produce.