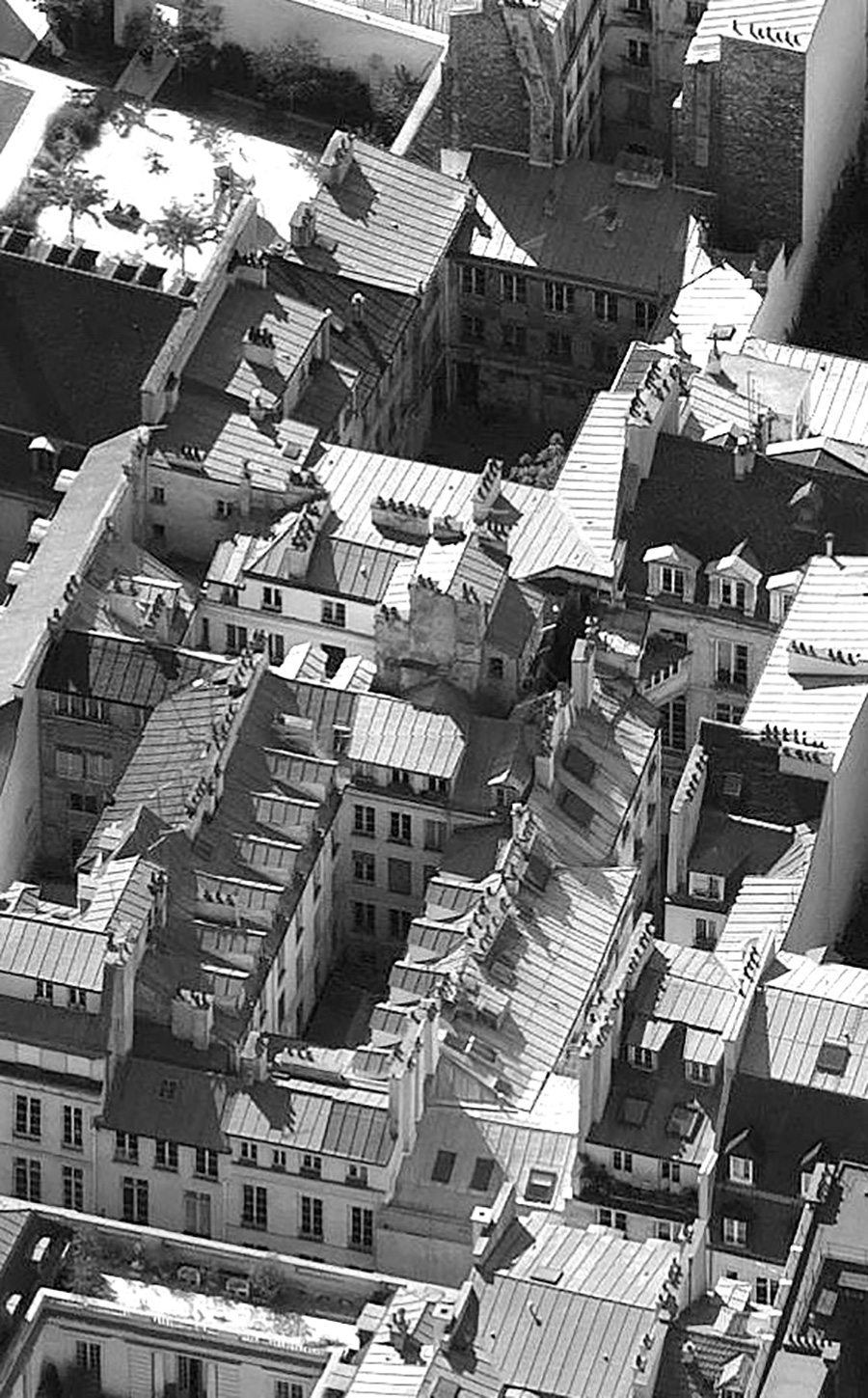 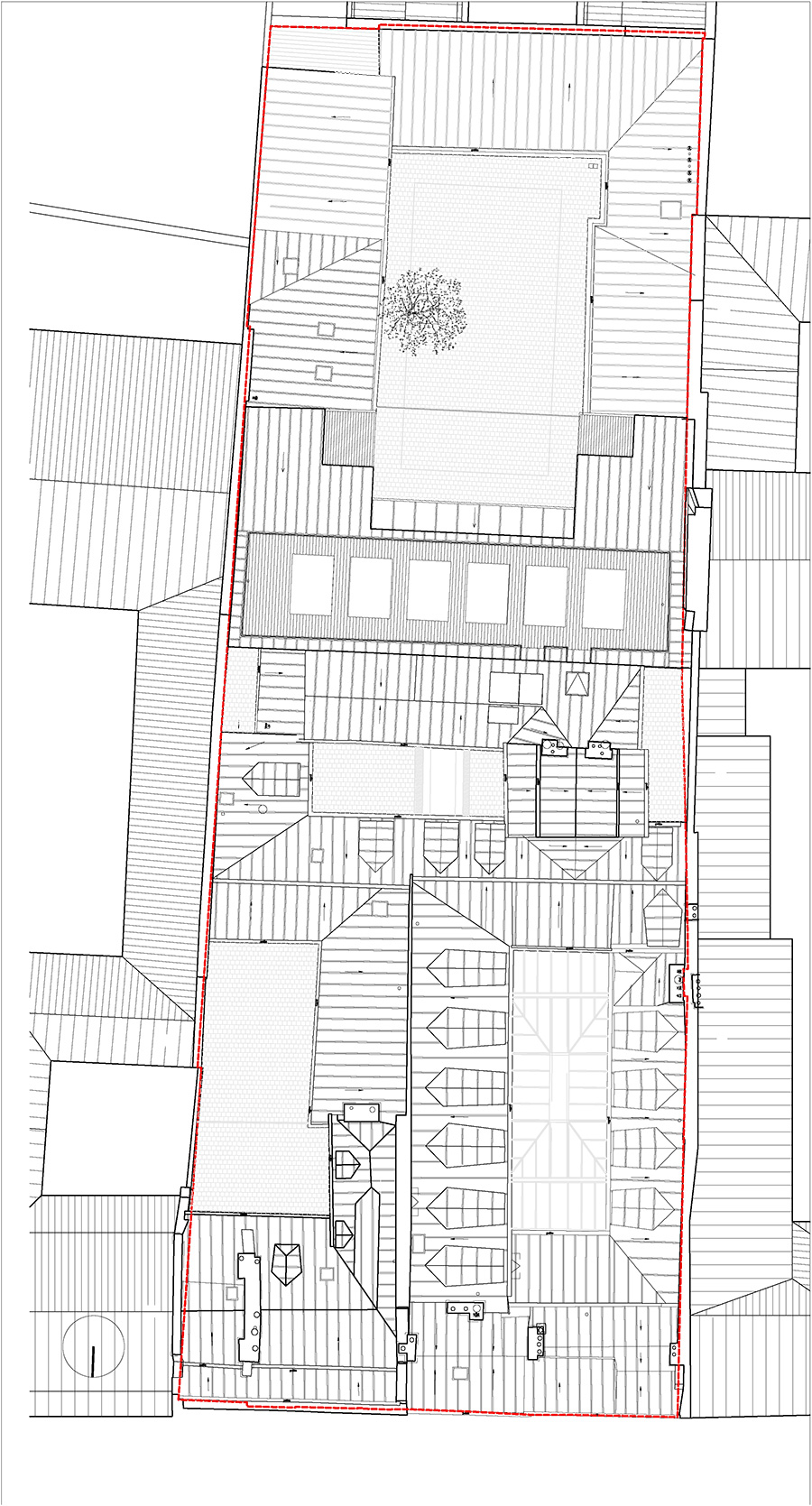 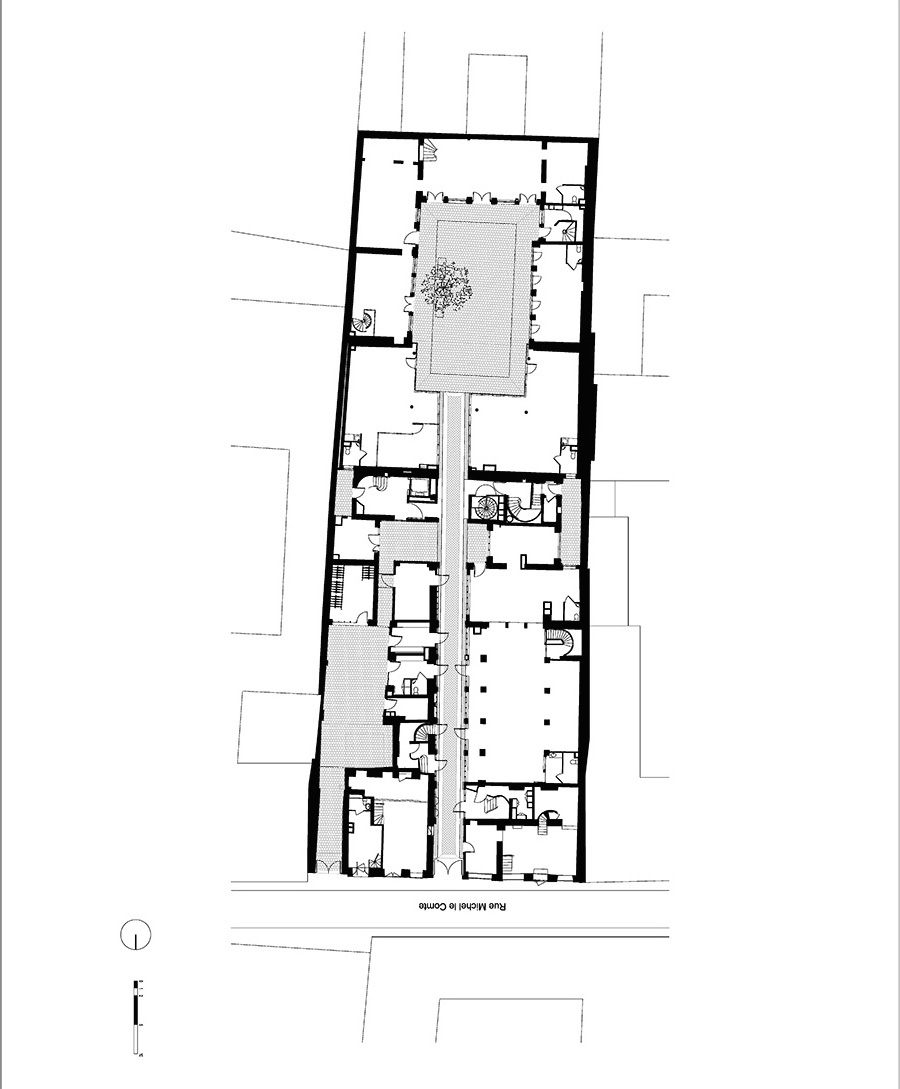 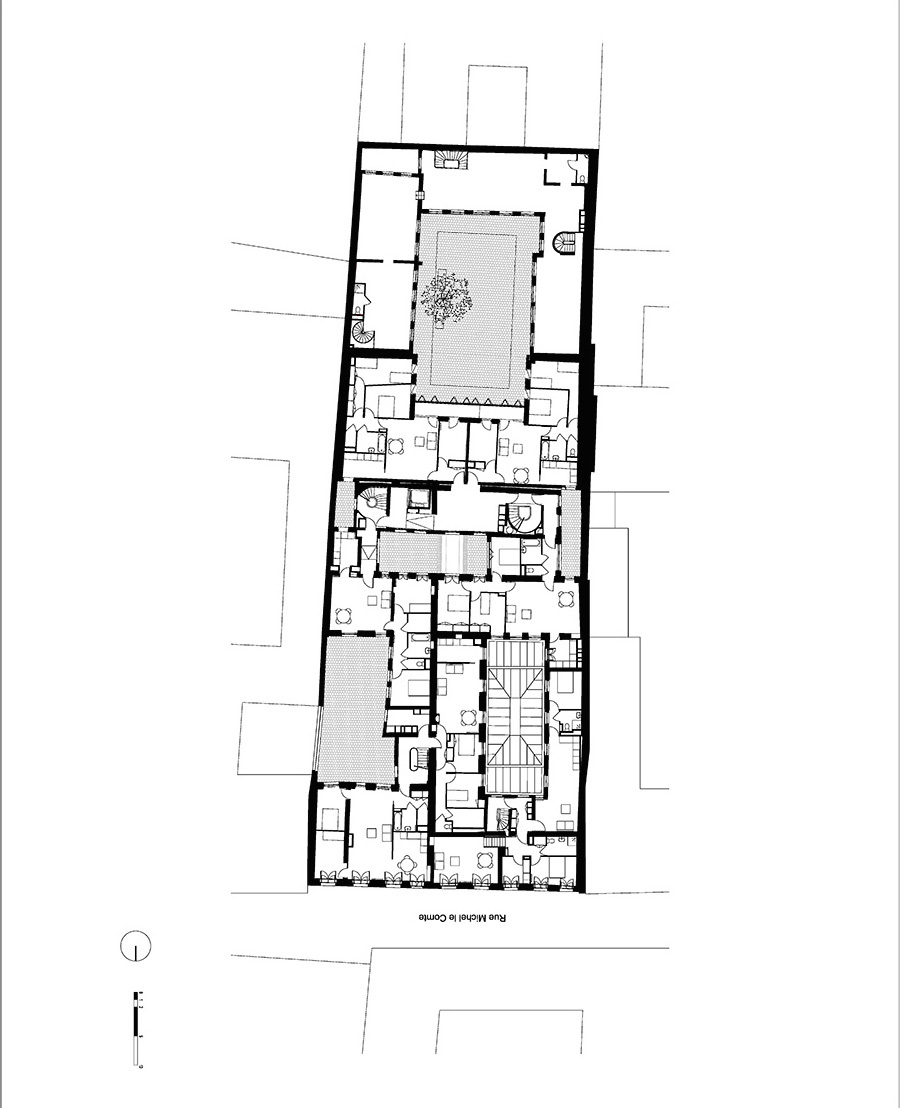 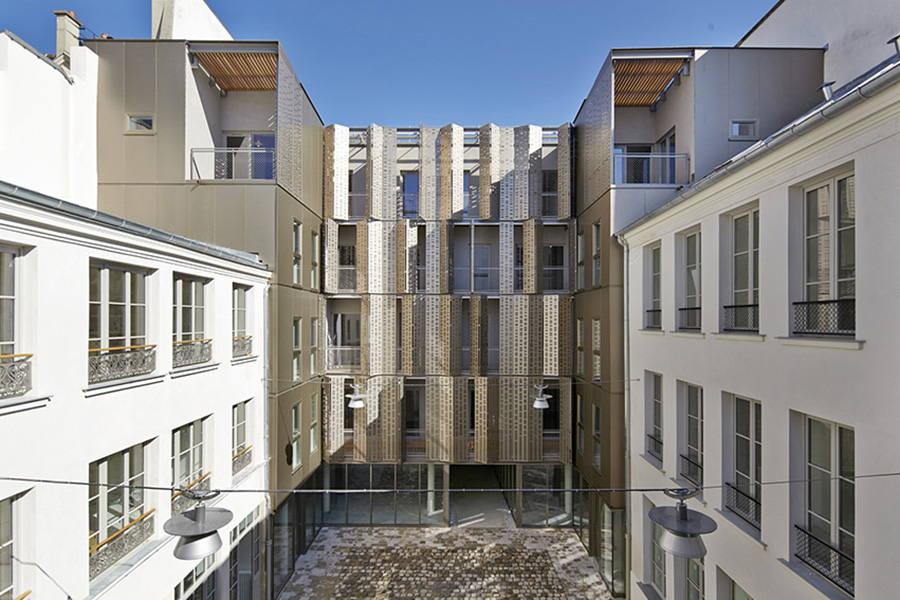 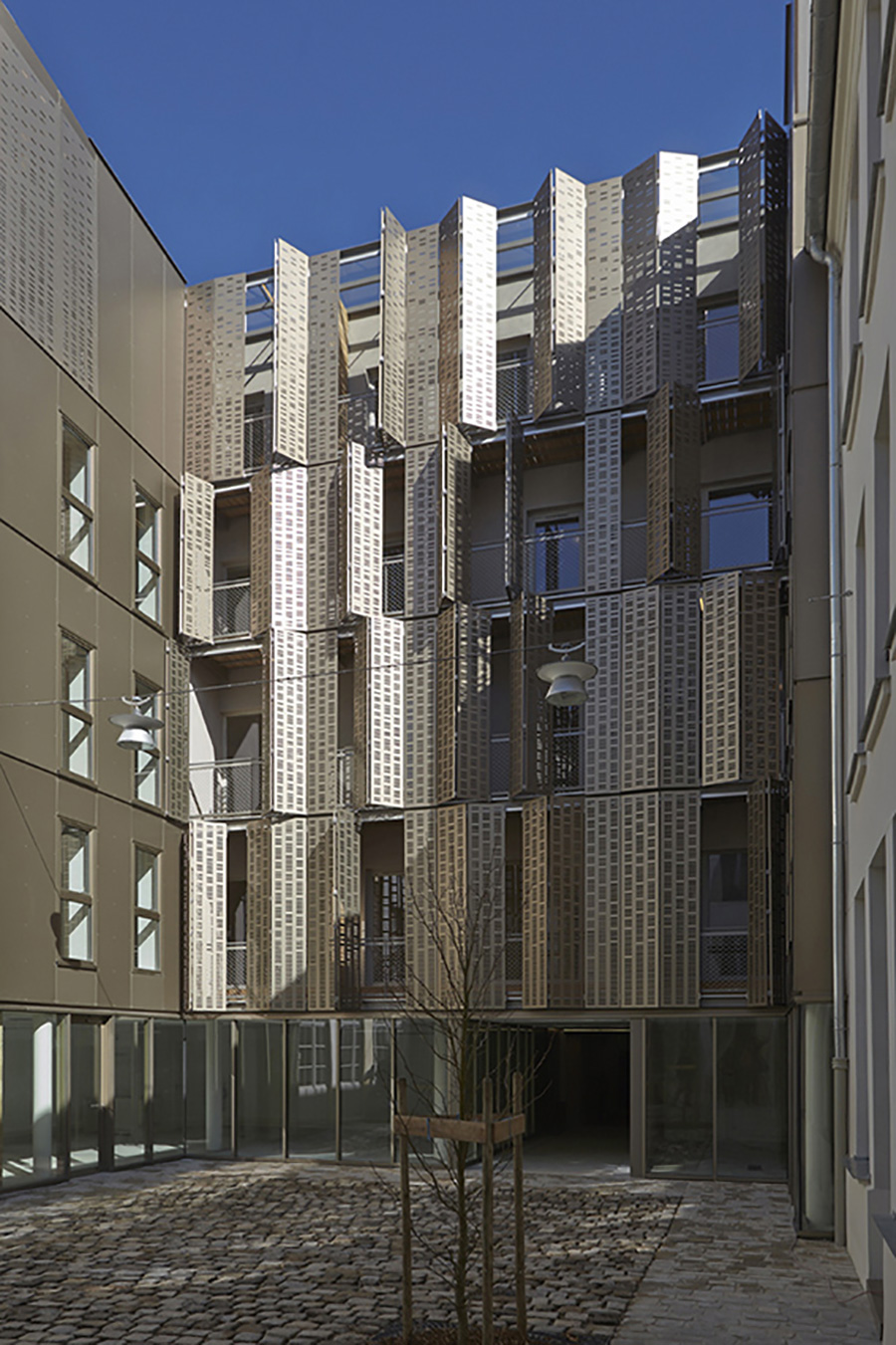 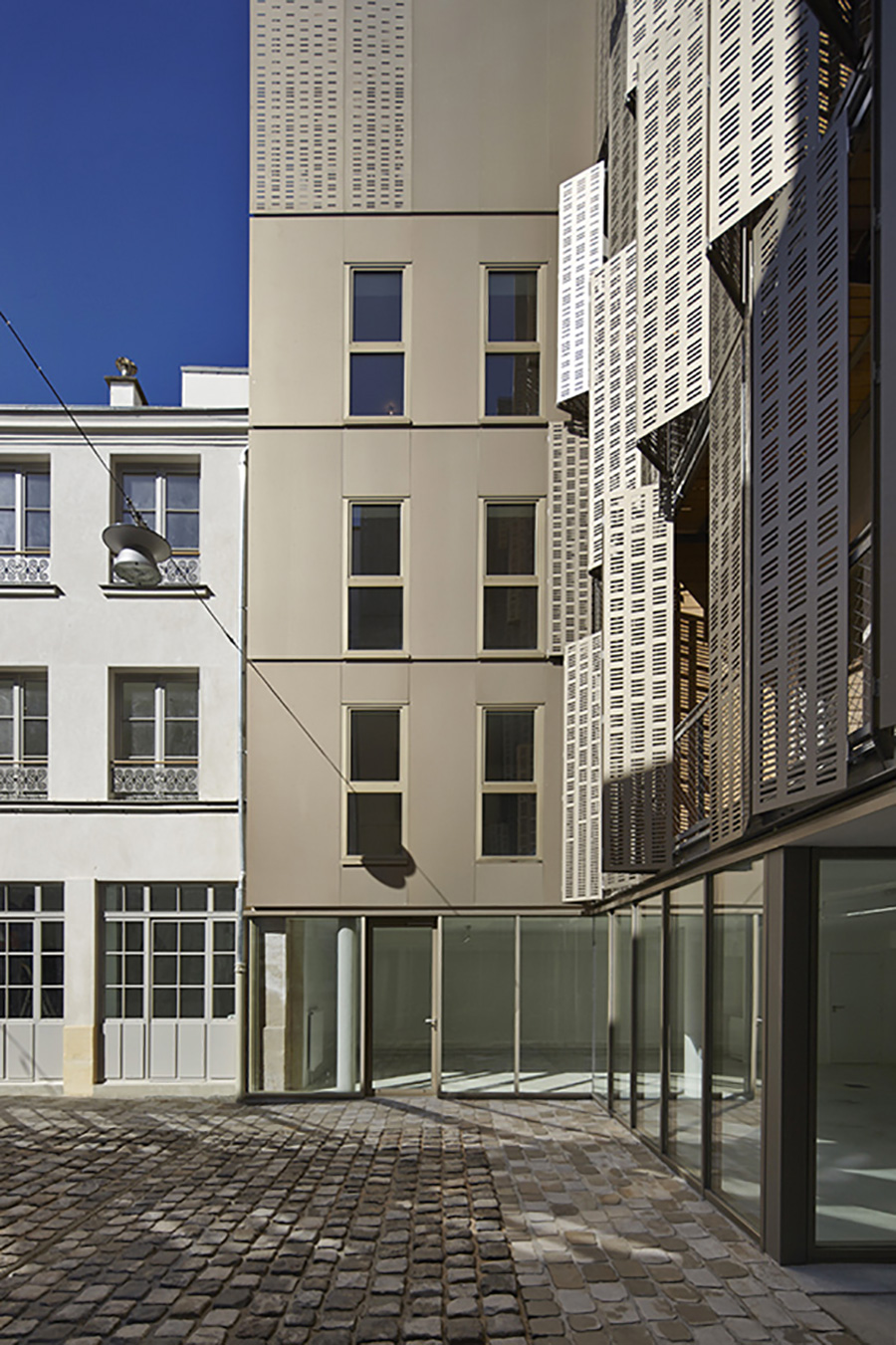 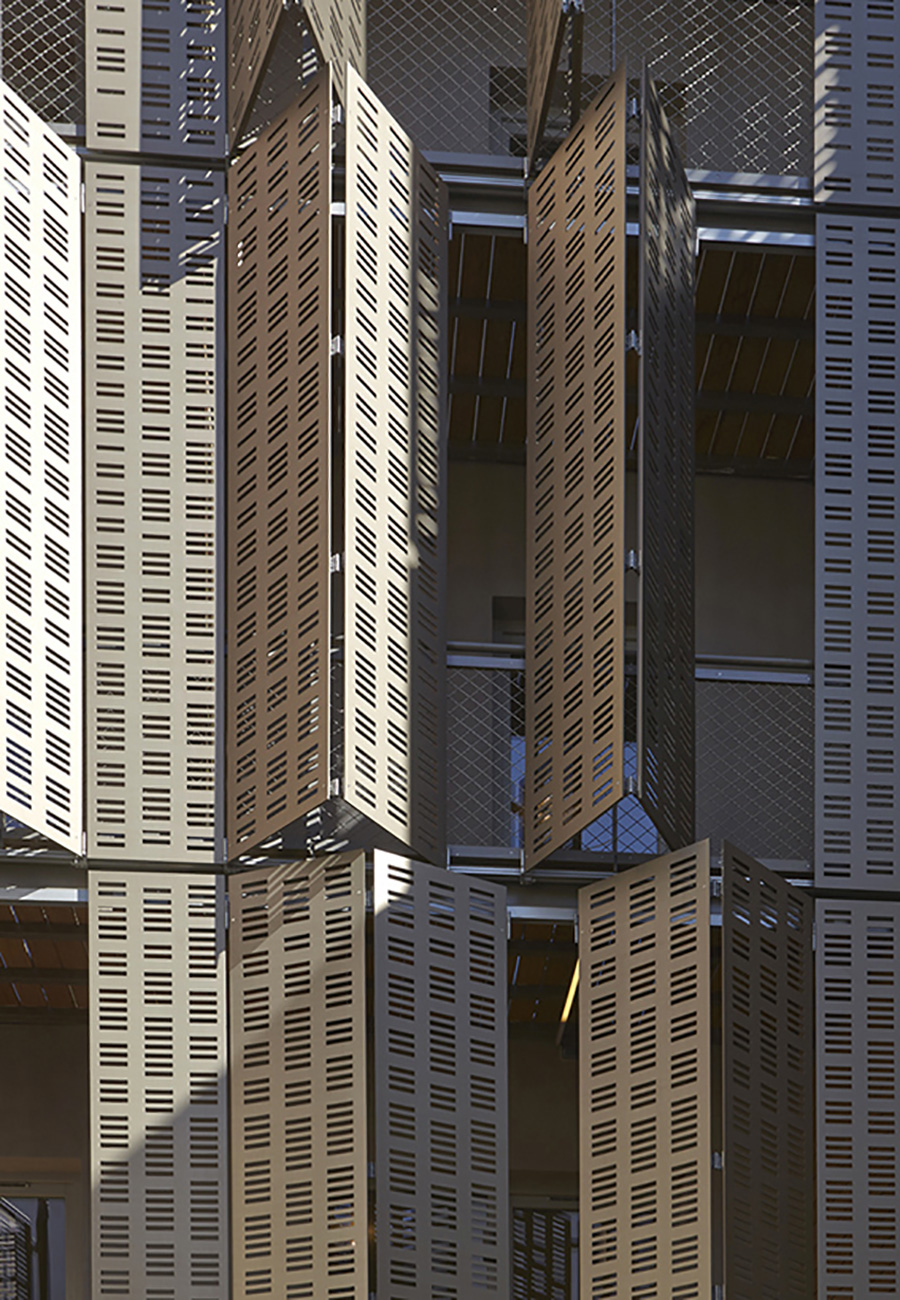 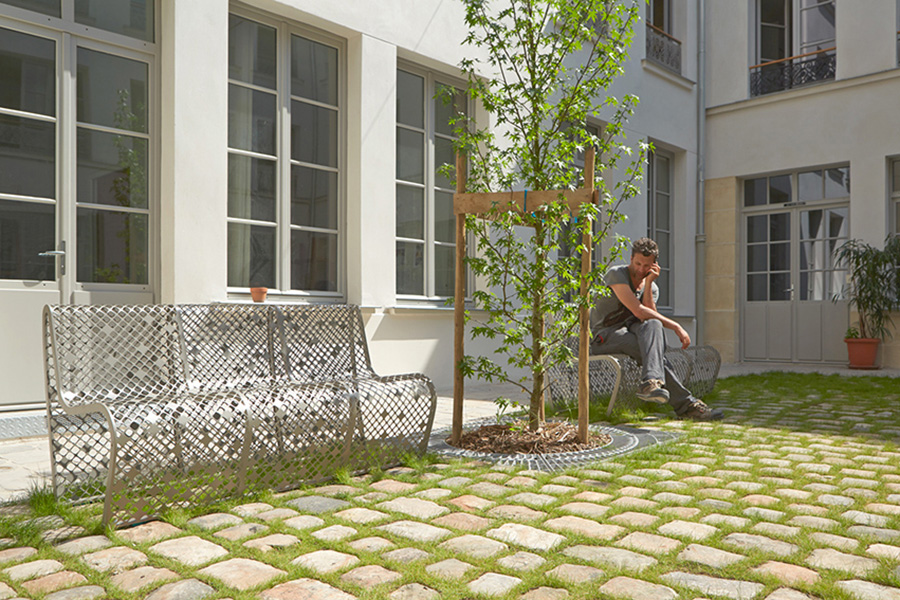 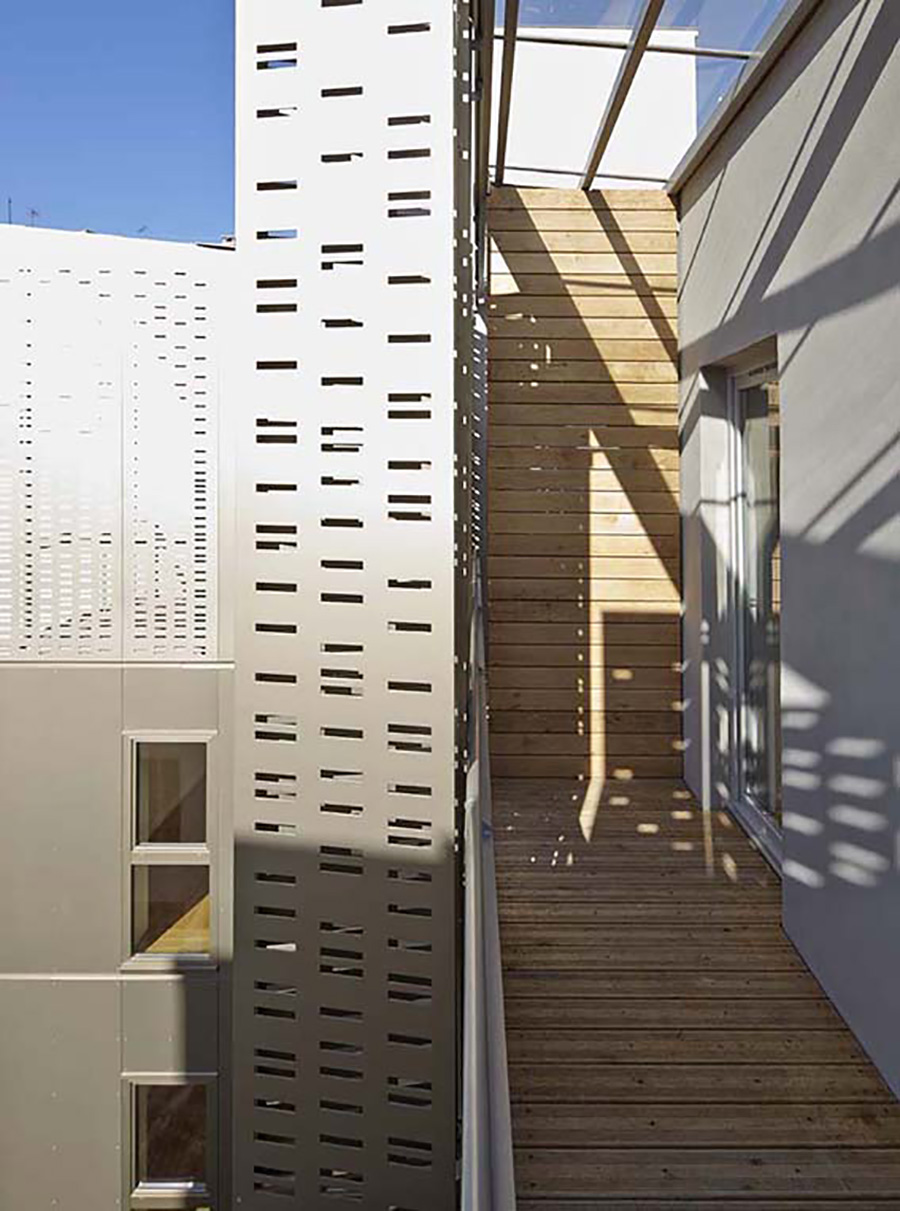 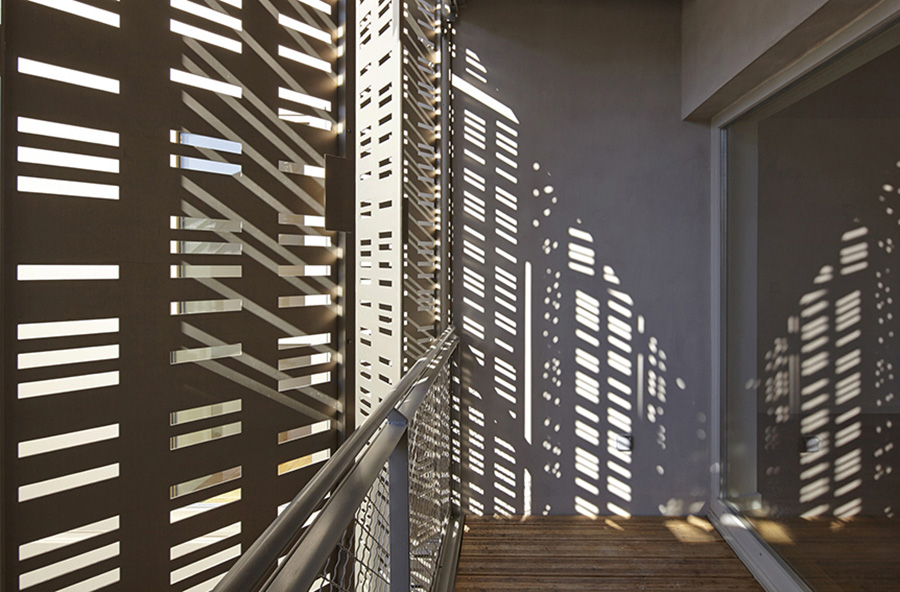 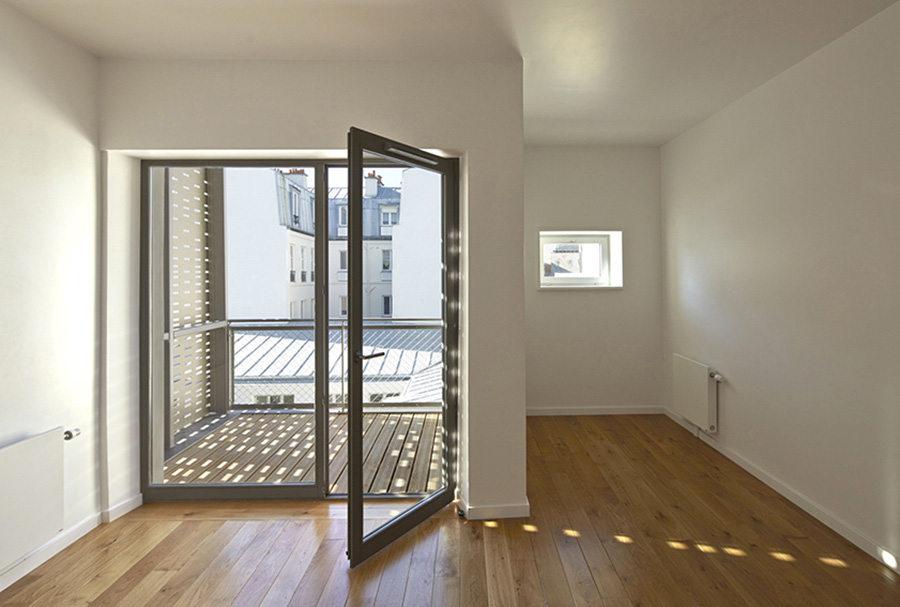 Recommending party
The project has been submitted by: Atelier du Pont, Cécile Azoulay

Major restructuring, demolition and reconstruction to create a mixed-used project of 30 socialhousing-units, offices for creative professionals and businesses in a patrimonial site in the famous center of Paris area : Le Marais

At just a stone’s throw from the Centre Pompidou, 25 rue Michel le Comte is a building complex located within the perimeter of the Plan to Protect and Restore the Marais (PSMV). It dates from the 17th to the 20th centuries, and mixed private residences, workshops, and artist studios. It is a beautiful illustration of how the city has been built across the centuries through such subsequent building additions.
In addition to the rehabilitation prescribed by the program, Atelier du Pont has proposed to go on this «adventure» by reconstructing a new building within the block.
Having a worksite on an occupied site demands considerable dexterity, strong coordination, and the most heartfelt sense of commitment.
The project illustrates the desire to go past the Marais’ “museum” image and to promote mixed usage with ambitions that live up to the site’s expectations. Energy performance is improved to respect the City of Paris’ Climate Plan, the number of social-housing units has been increased, and former businesses are preserved in the Marais area.
Intervening at a heritage site is an extraordinary adventure and singular exercise that plays with the apparent contradictions invoked through this process: audacity and humility, as well as respect and imagination. What is at stake is not simply a rehabilitation, rather a reactivation that continues to write history and anticipate the future.

Specificity:
Perimeter of the Plan to Protect and Restore the Marais (PSMV)
Phased worksite at an occupied site (serial operations)
“Heritage Climate Plan” (80 kWh/mÇ/year) and “Climate Plan” (50 kWh/mÇ/year)
Collective heating system and solar panels on the roof of the new building