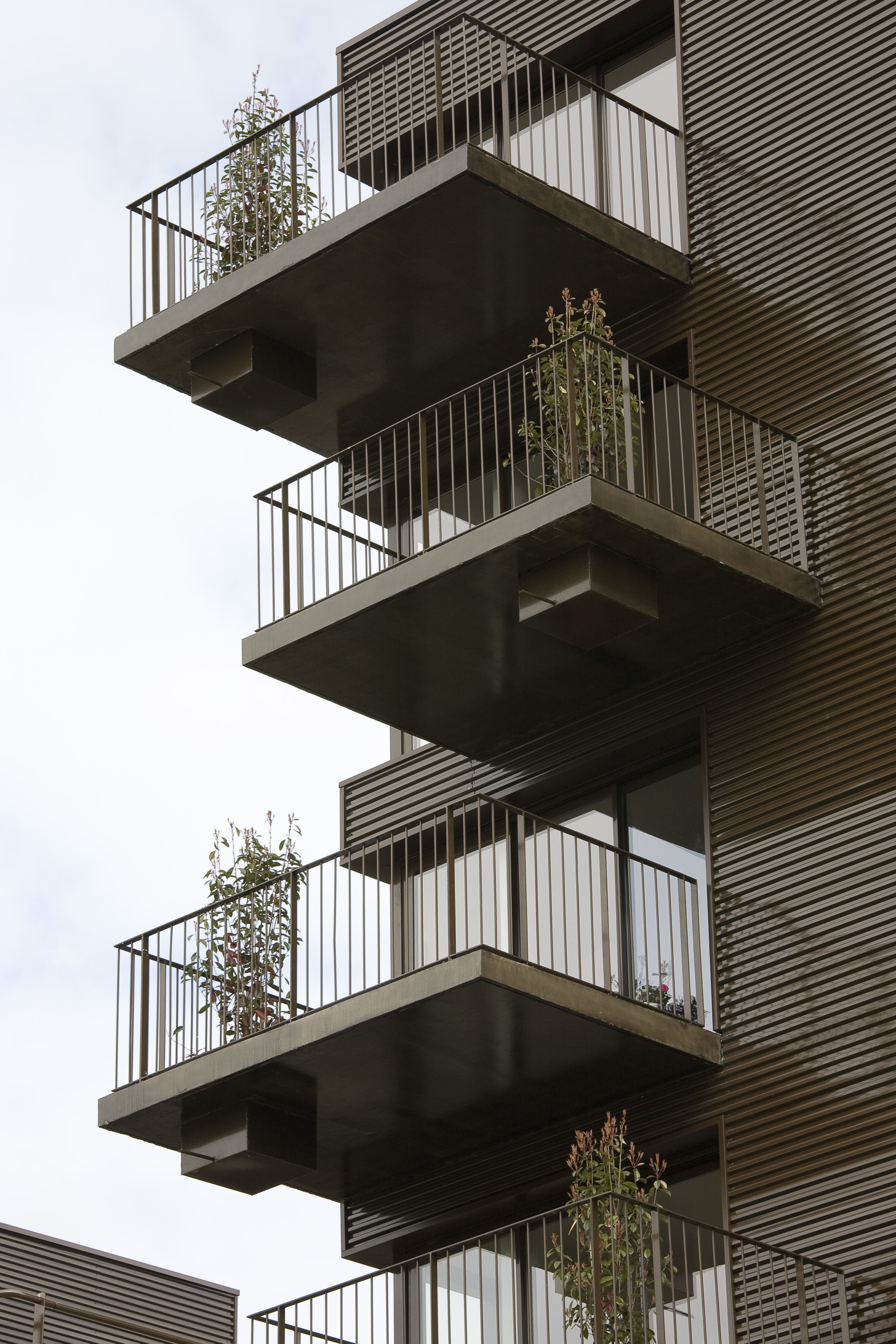 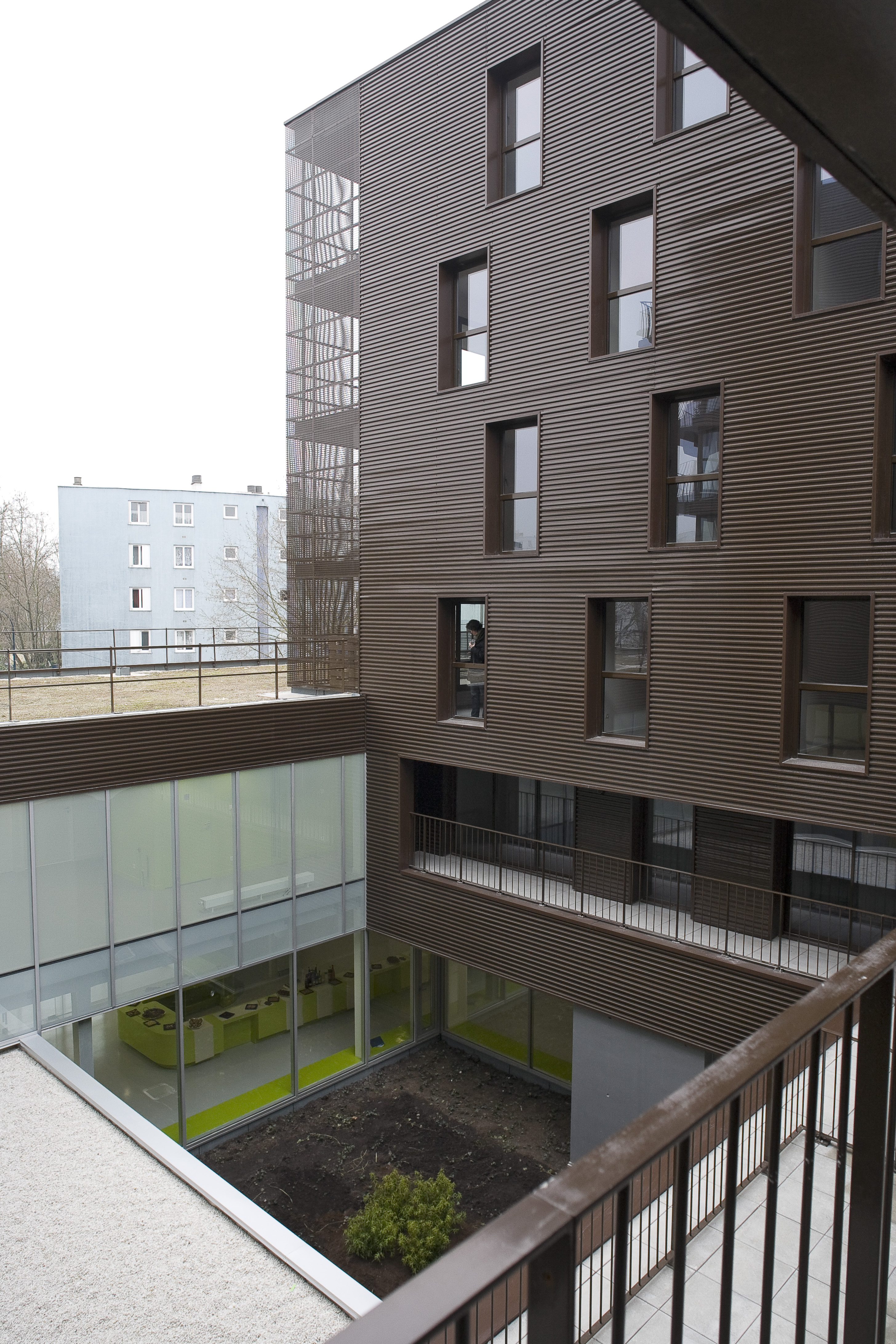 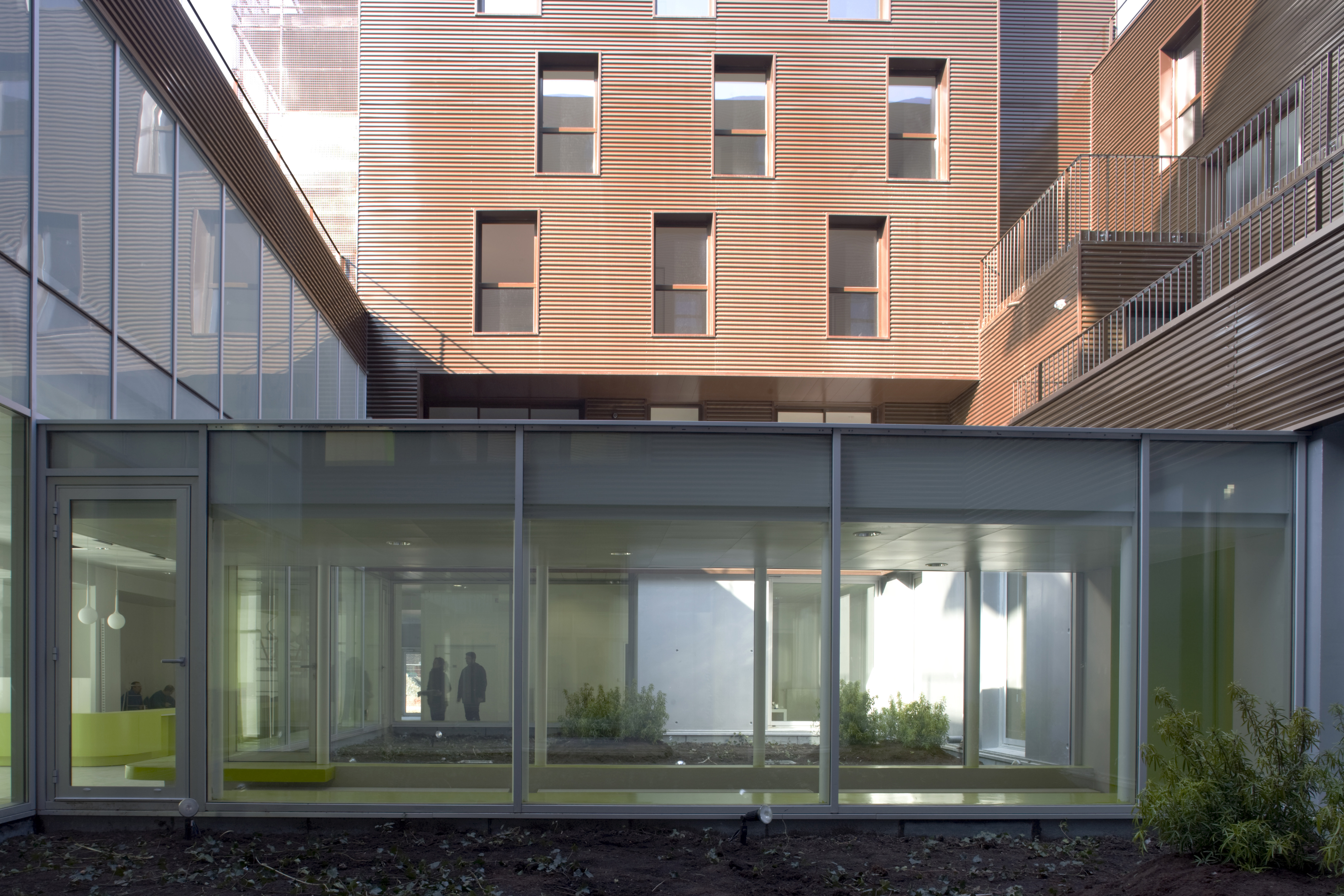 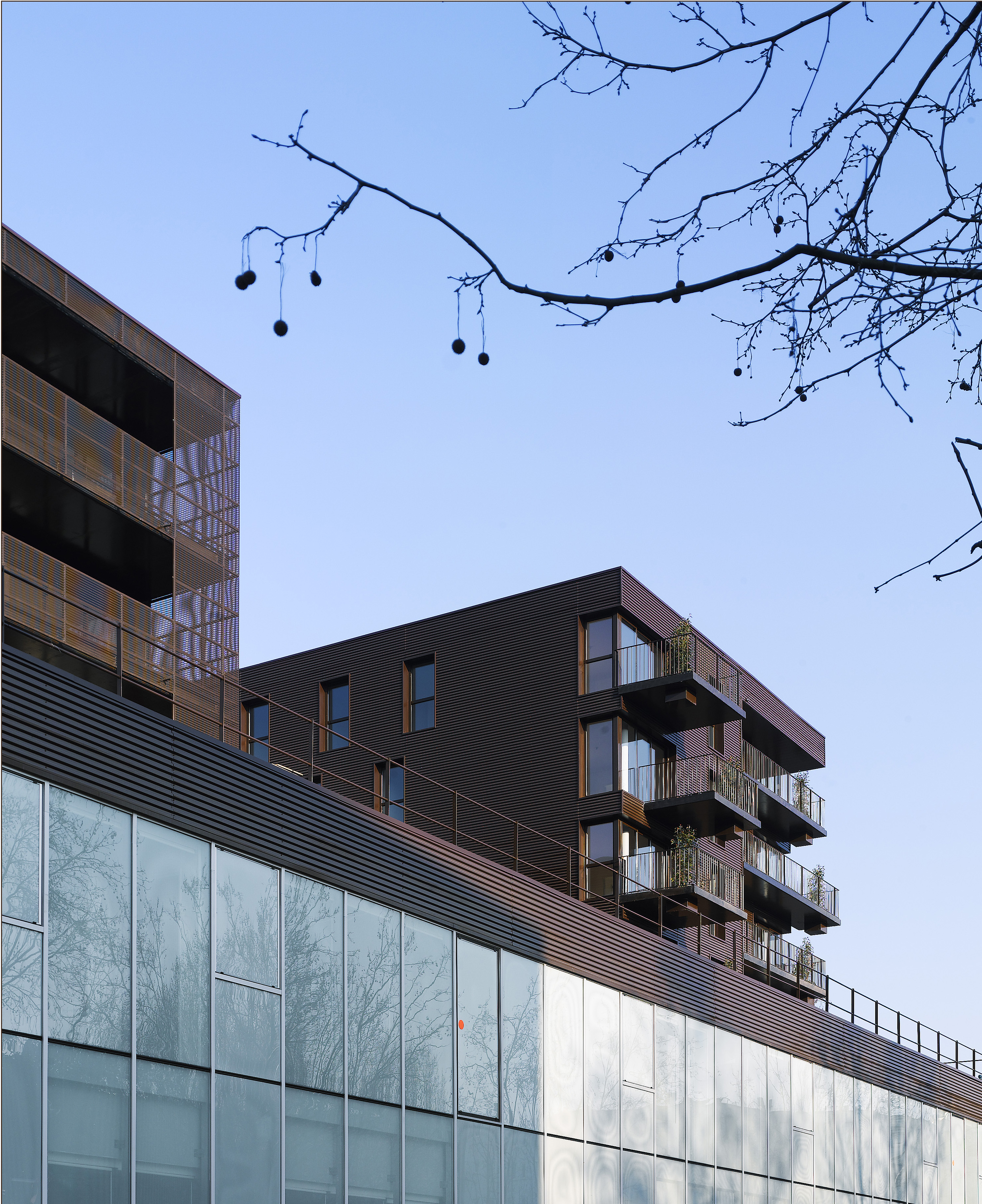 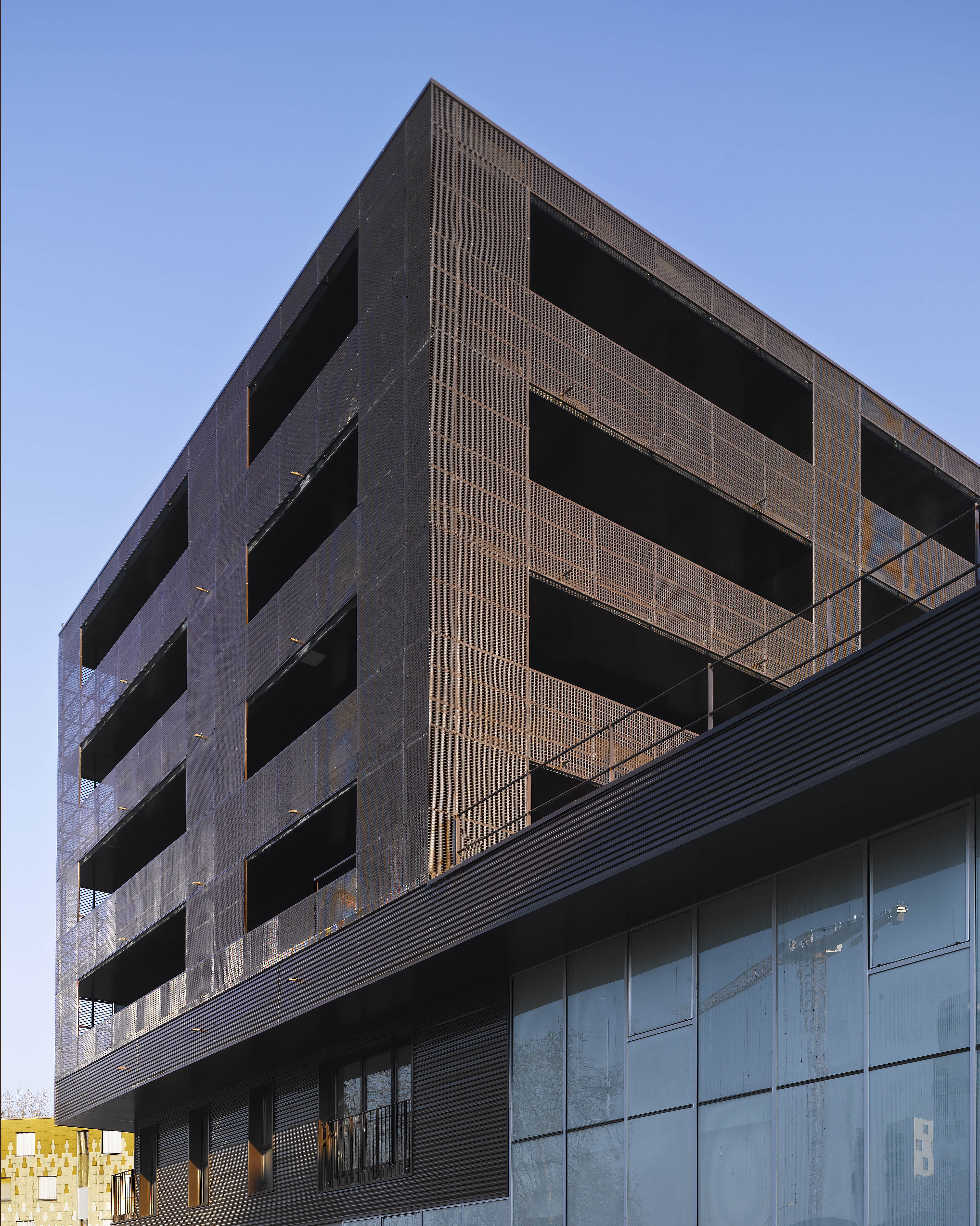 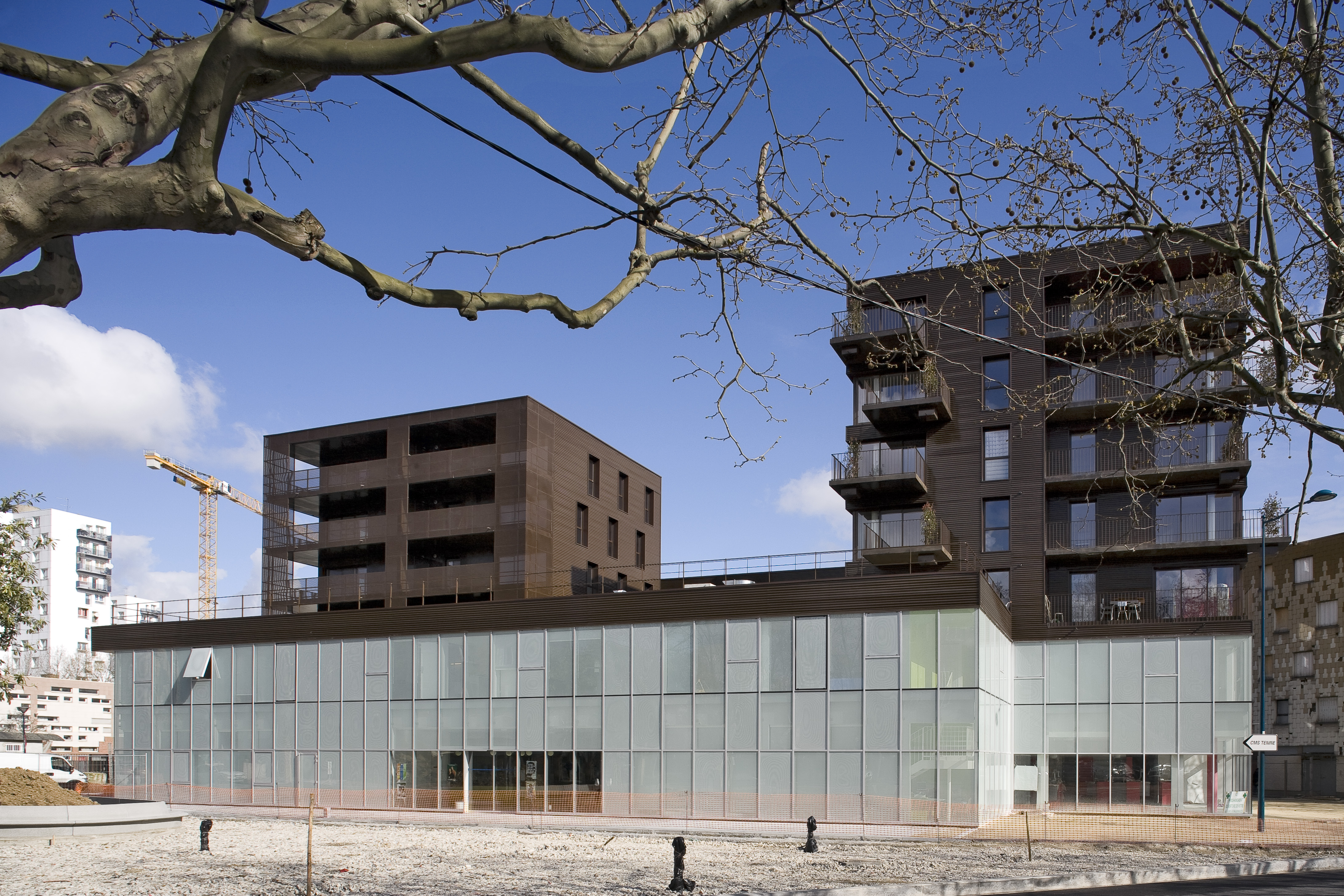 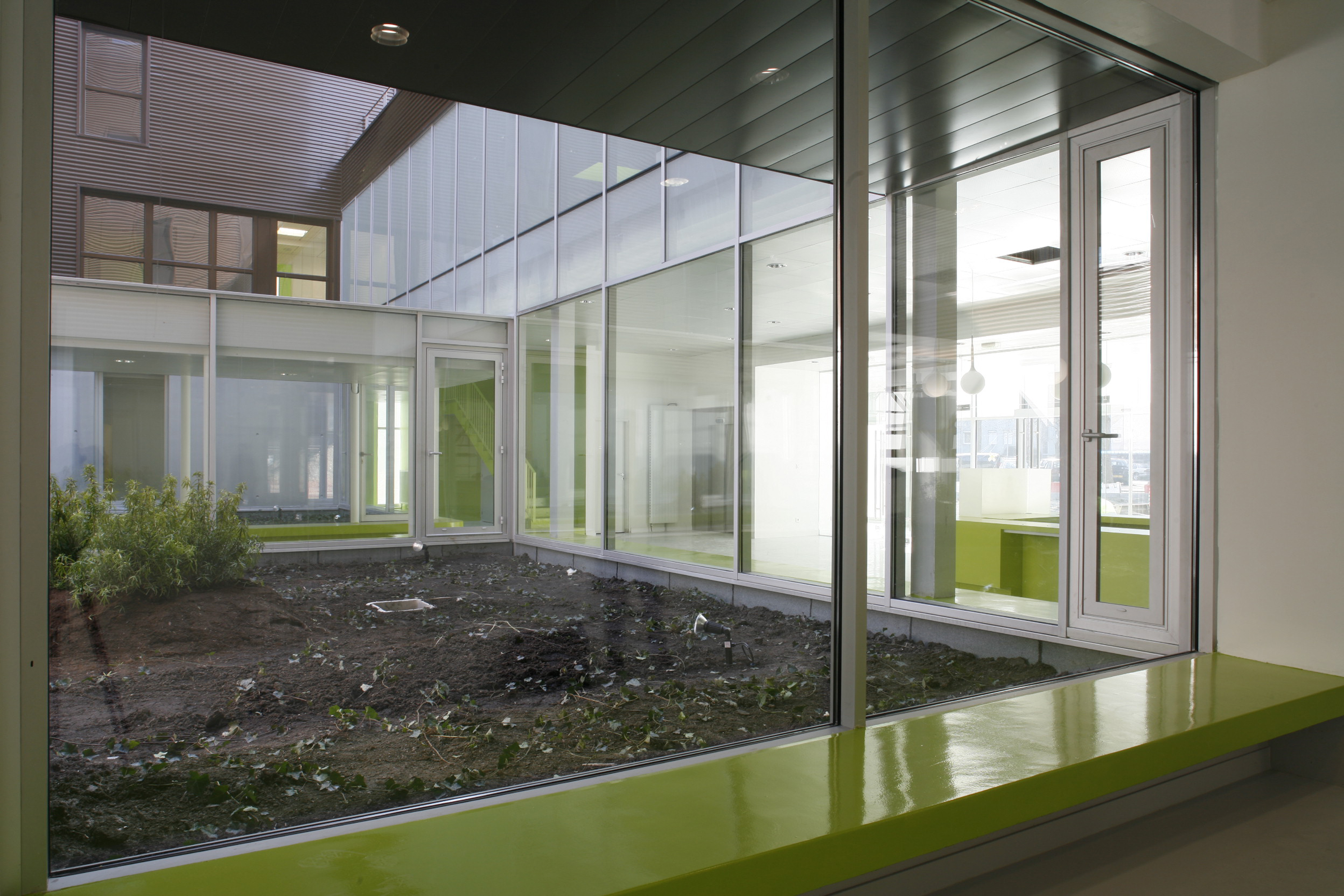 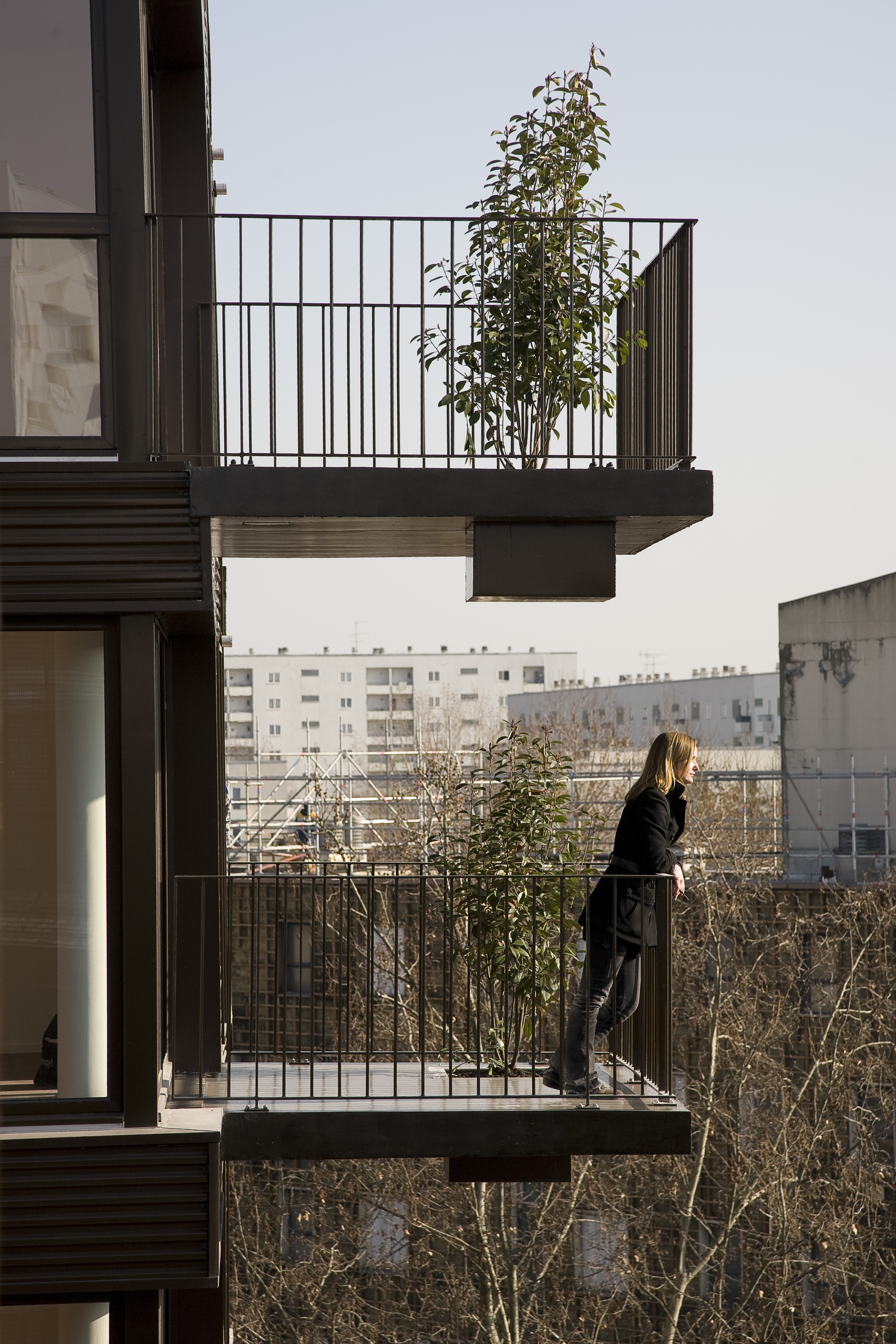 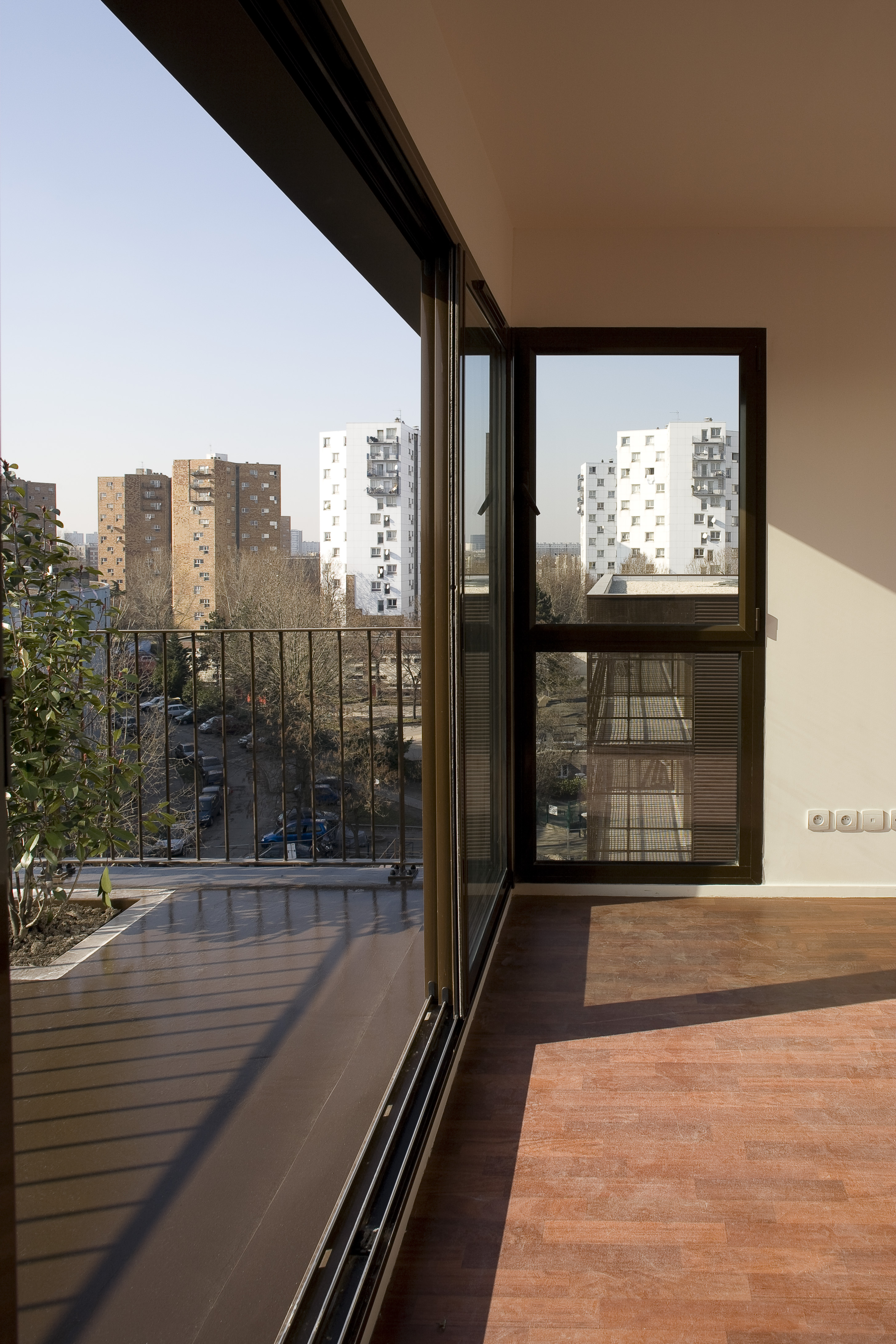 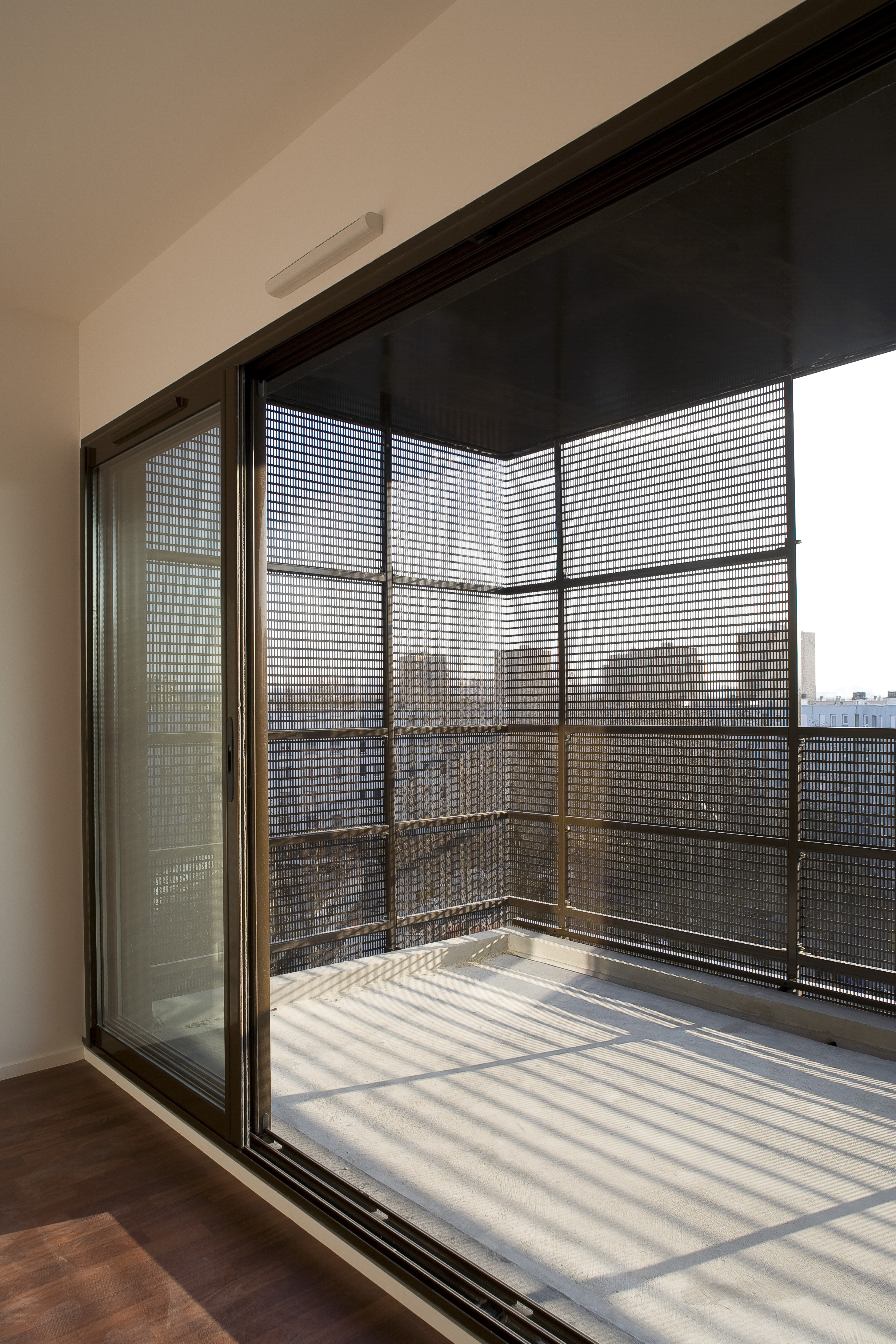 The project finds itself both physically and politically at the heart of a major redevelopment for the Courtillières quarter. Giving back to a troubled neighbourhood several public facilities (medical centre, dentist, pharmacy) and rehousing a neighbouring dilapidated 1960s housing project, the building represented a commitment to urban rebirth.

Defined by the duality of its programme, the building provides an important dialogue between public and private, where the housing is enriched by the presence of the medical centre, and vice versa. Their coexistence is put into evidence by the game of peek-a-boo created by the courtyard at the heart of the building, giving chance views into the inhabitants’ daily life and social interactions.

The building is situated in a vast paved “plate”, a strong urban gesture that incorporates all of the public facilities planned for the area. The architects responded to this through the permeability of their façade, a glazed curtain wall that allows visual and physical connections between the street and within. As a visitor approaches towards one of the generously sized entries they can already begin to discern the central courtyard, which in turn becomes a reference point throughout their journey.

Thank you for your interest in the Pantin mixed-use project. No direct consultation occurred between our office and the future inhabitants, as apartments were only released for rent after the building is completed. Instead, we were in constant contact with “Pantin Habitat”, the organisation that manages a large portion of social housing for the town.

For the medical centre, we collaborated with the future employees and the town of Pantin, fine tuning elements till the very mast moment on site.

The most interesting user, and one we with whom we had to work with very closely, was the chemist who resides in the pharmacy on the ground floor. During construction, she continued to occupy her former premises in the dilapidated building dangerously close to ours, refusing to vacate until she saw the finished product and was happy with it. This delayed the demolition of the neighbouring building till after the completion of our project.

As to the project, it was the first step in a major redevelopment for the socially disadvantaged Courtilières district to the north of Paris. The building’s separate programmes reflect the directives of the redevelopment: Public housing to re-lodge the inhabitants of surrounding 1960s housing projects set for demolition and a medical / psychological health centre to provide them with local facilities, injecting constant pedestrian movement through the district.