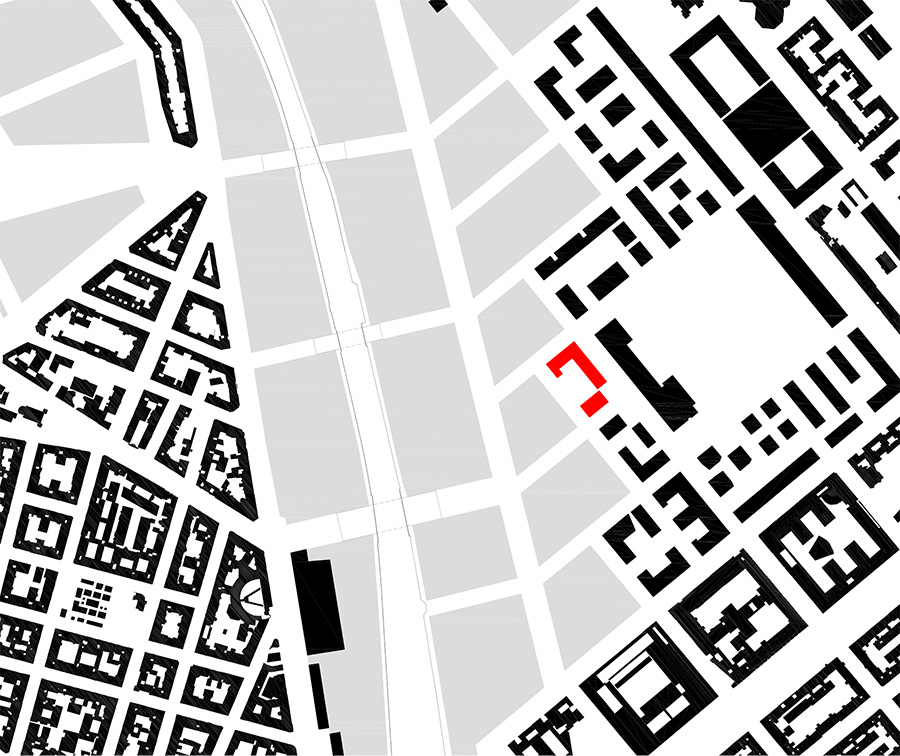 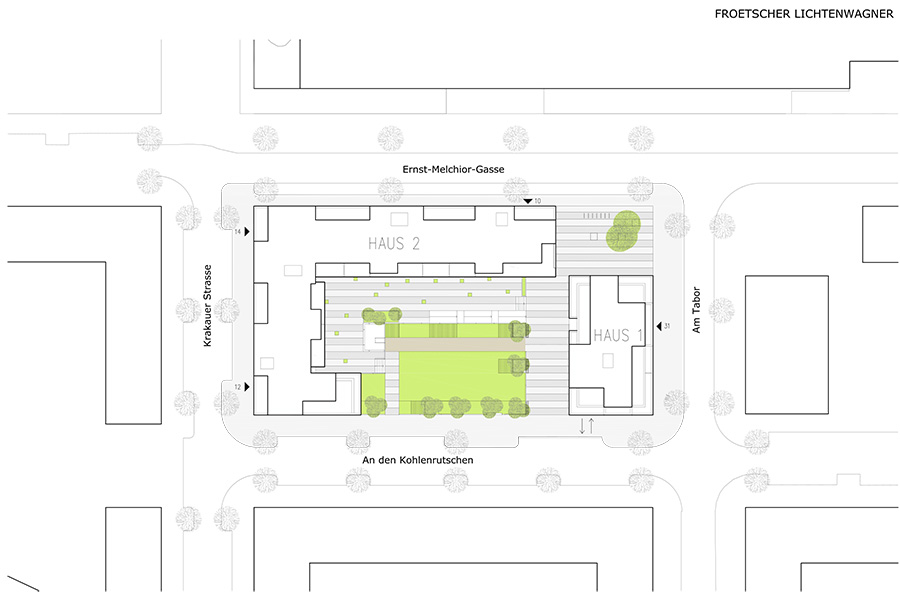 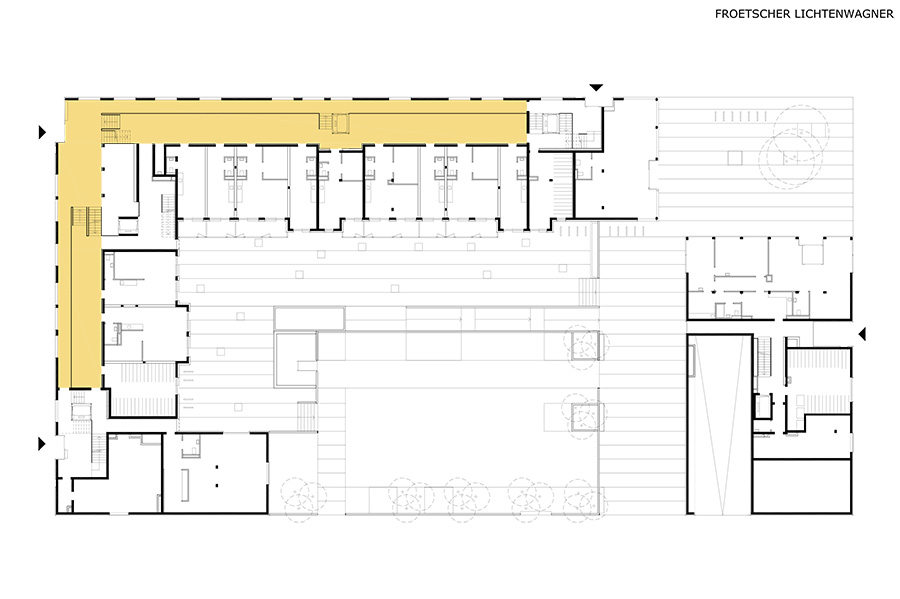 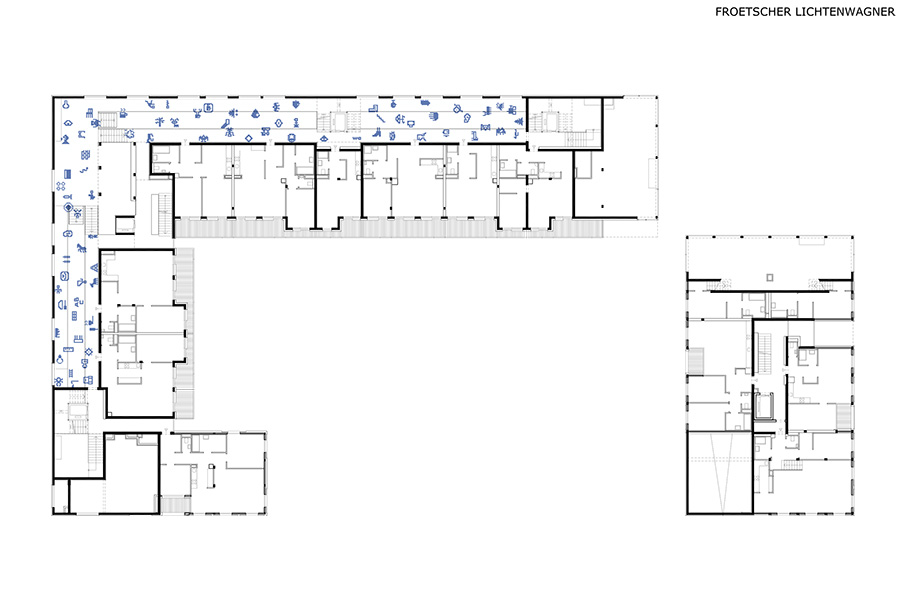 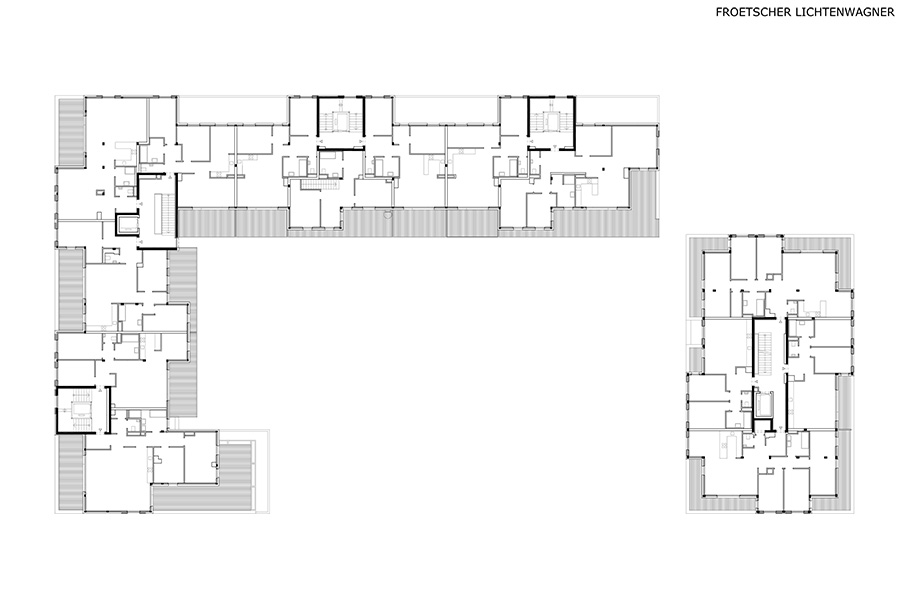 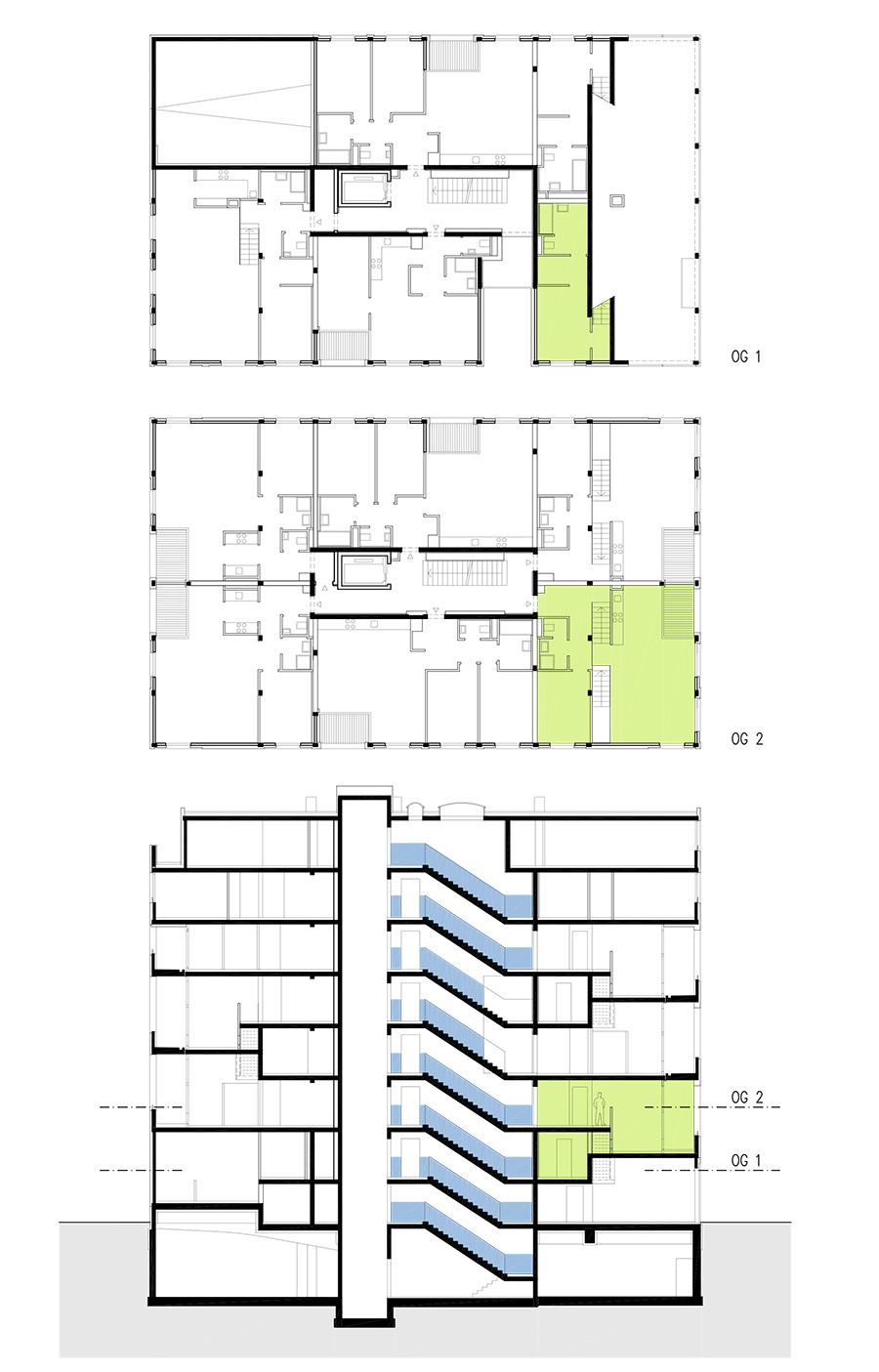 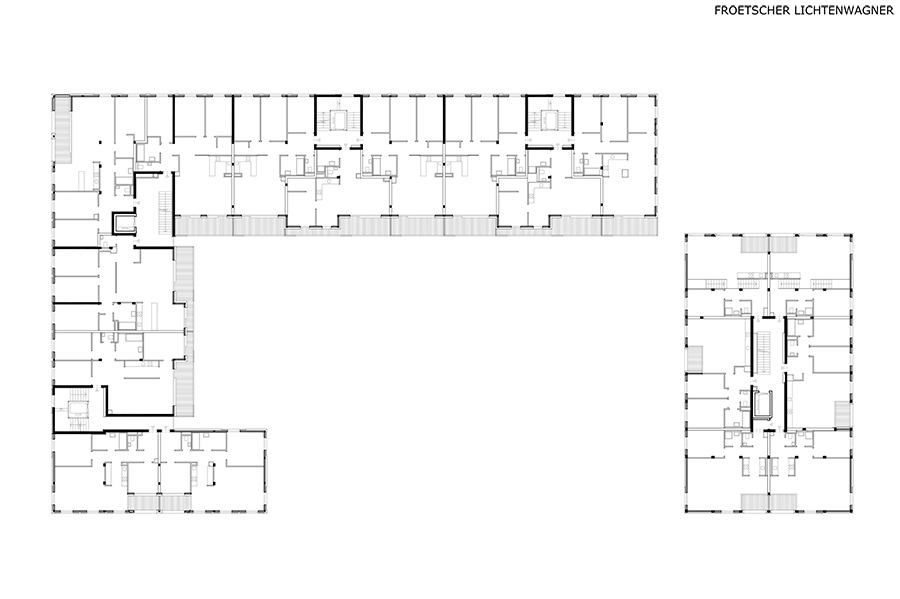 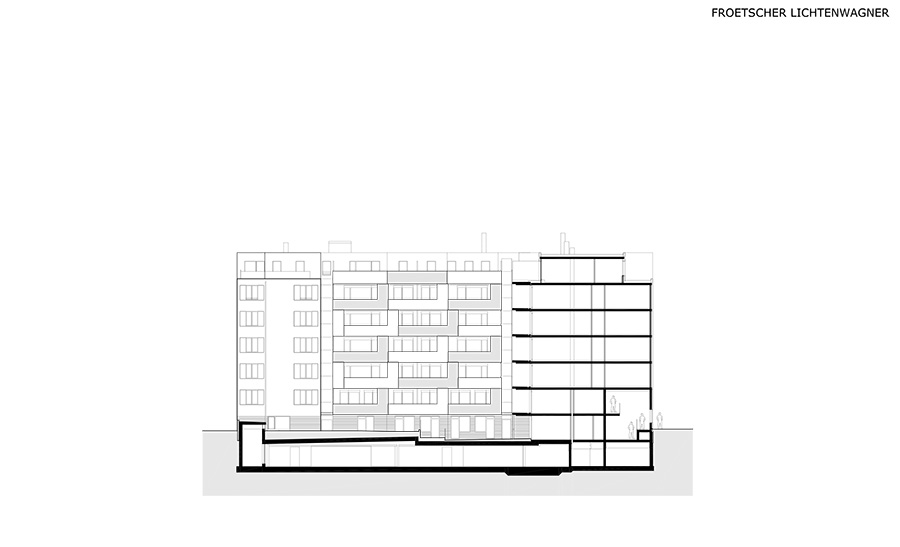 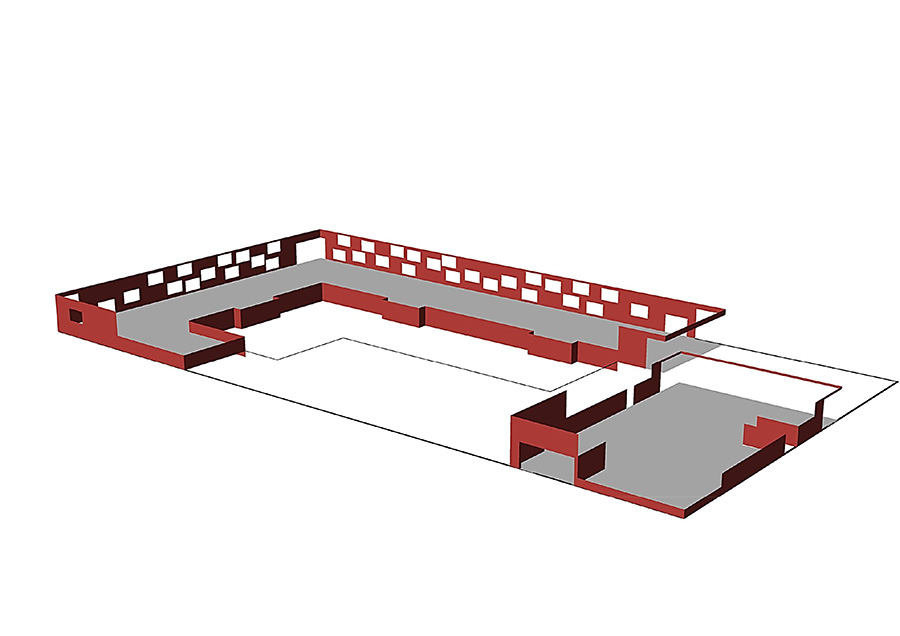 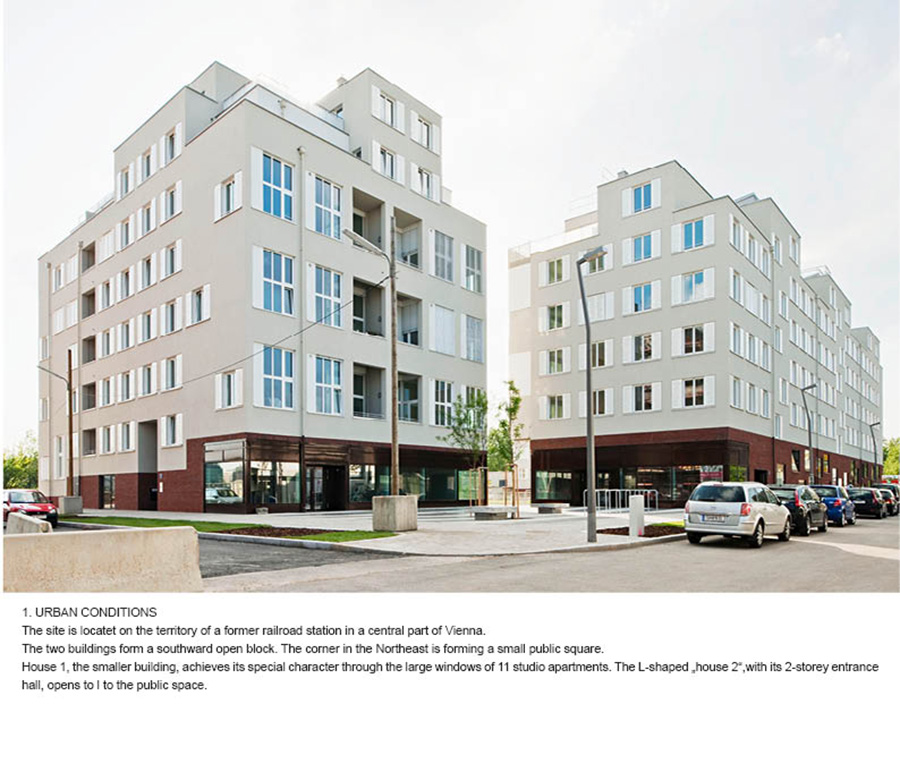 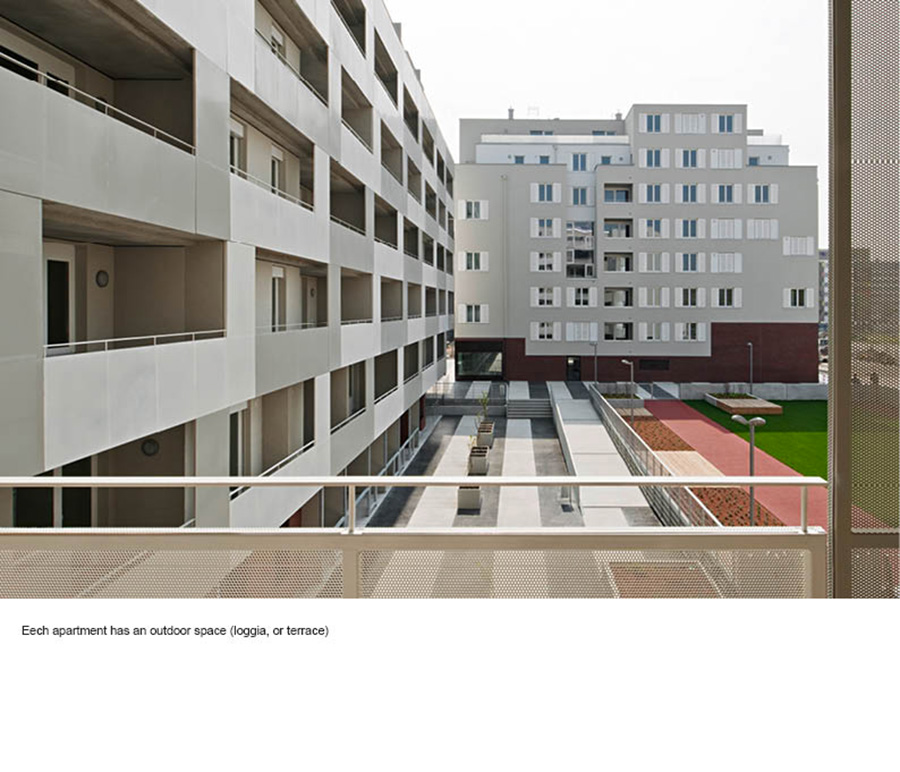 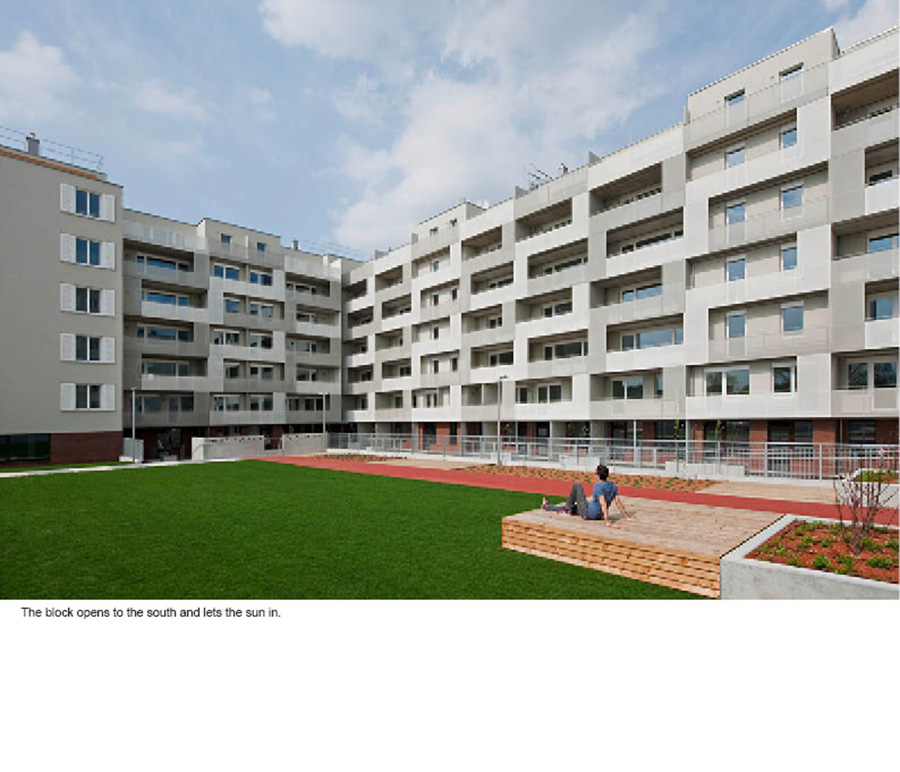 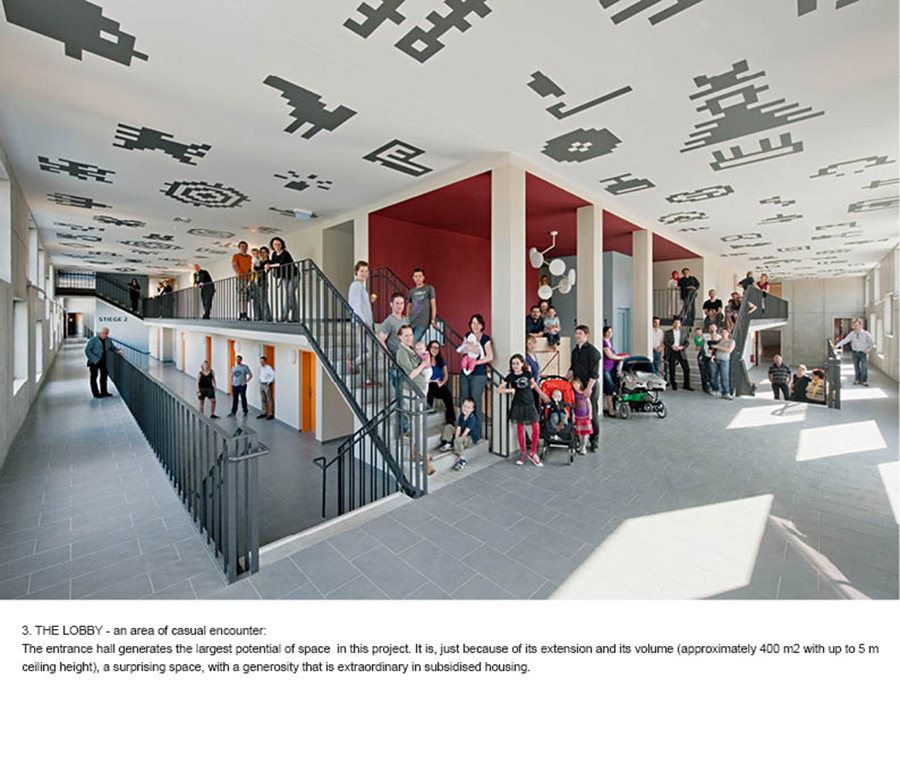 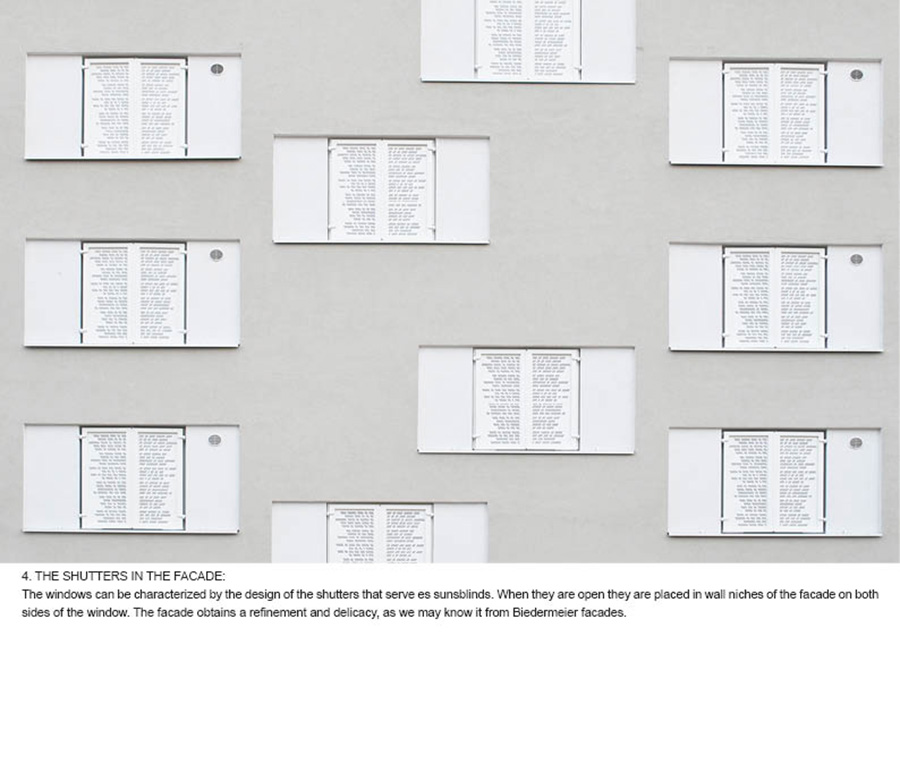 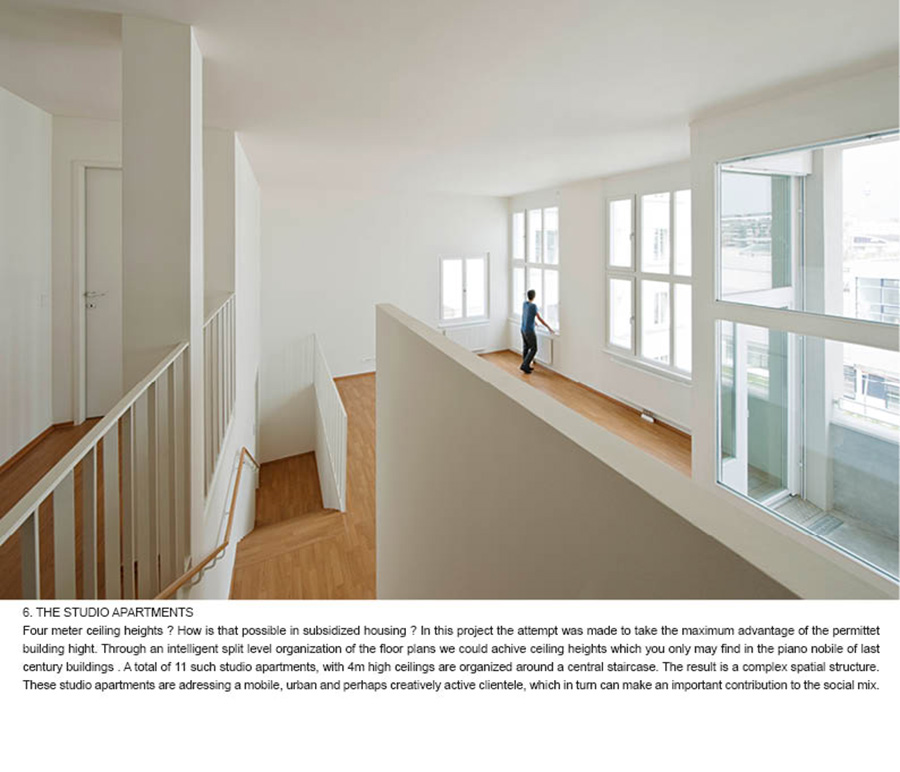 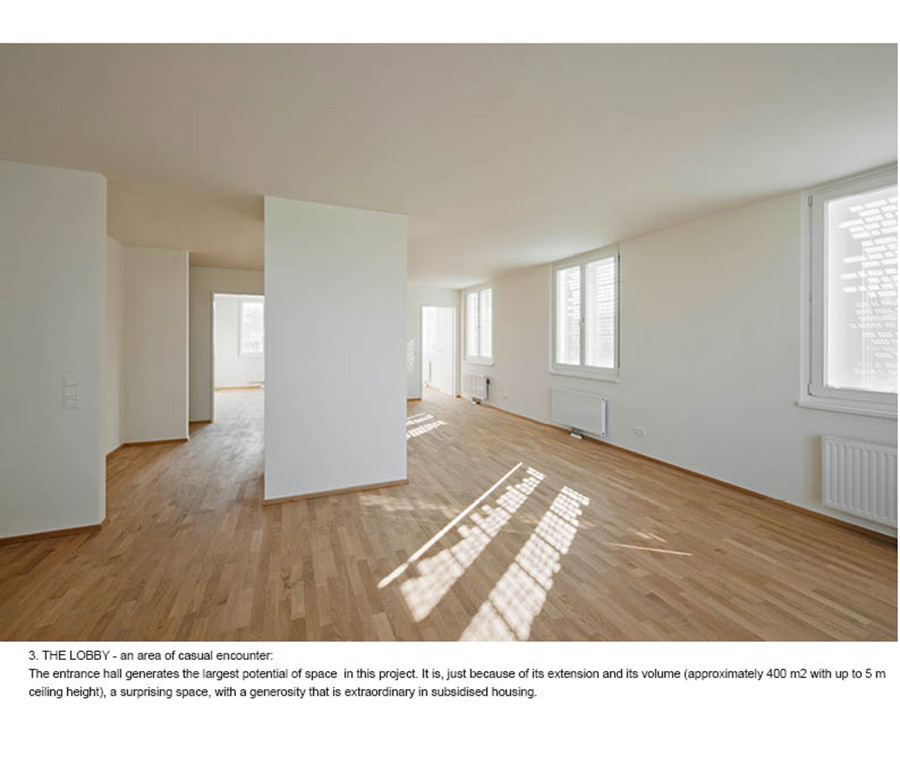 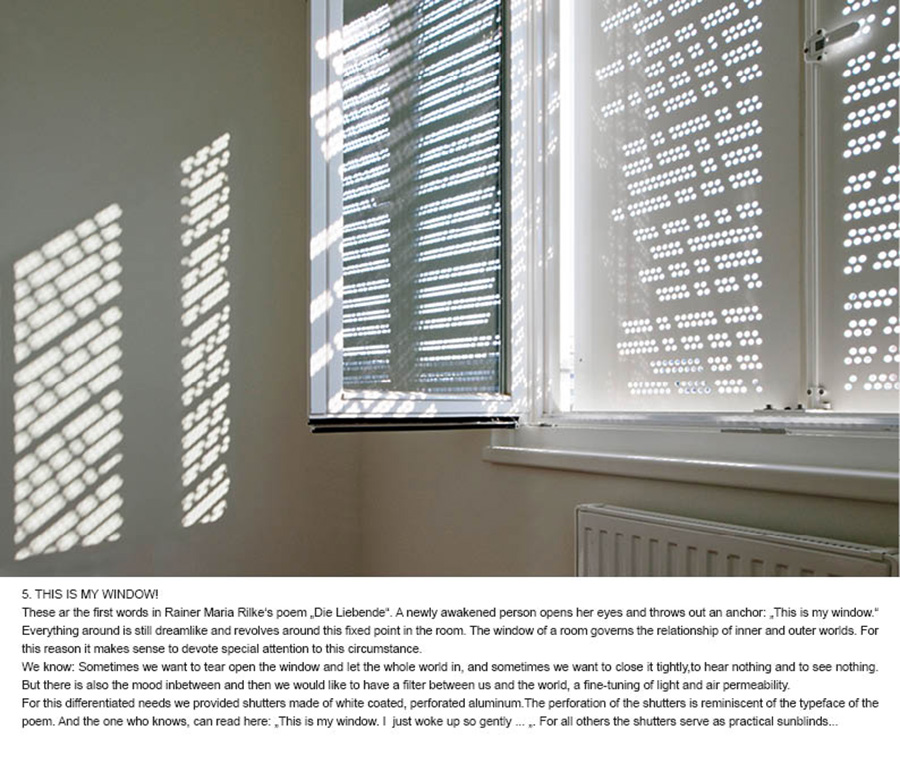 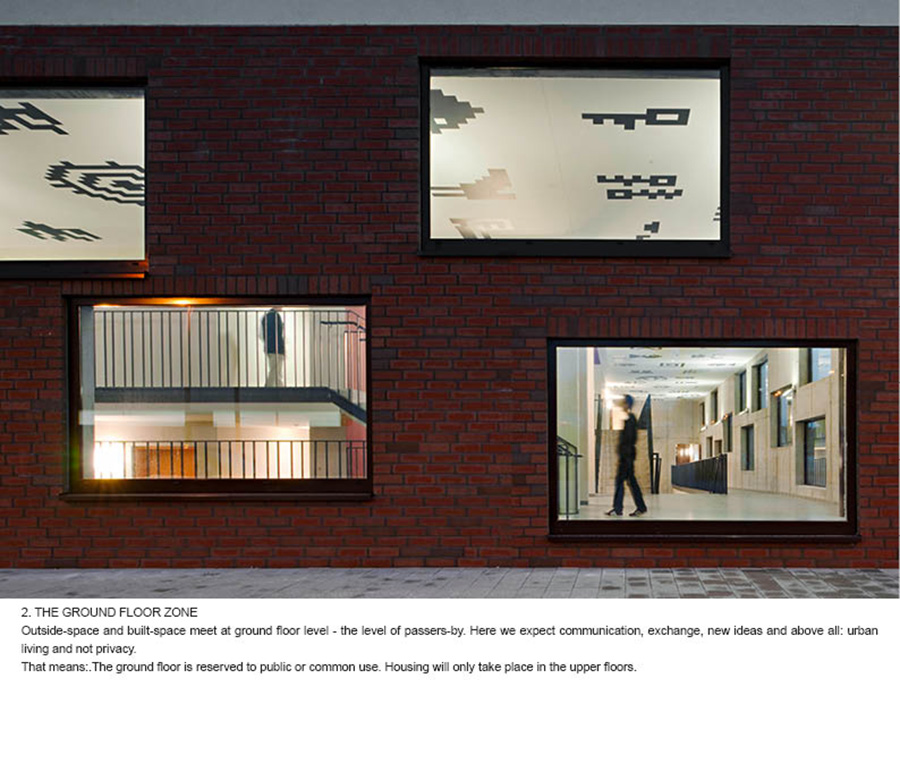 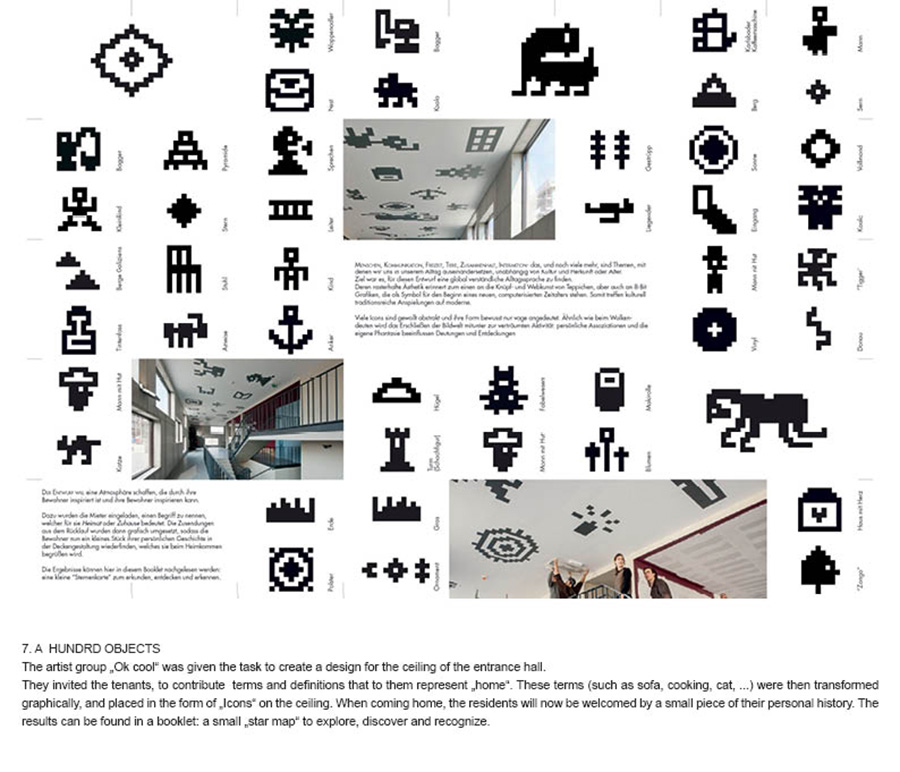 Recommending party
The project has been submitted by: FROETSCHER LICHTENWAGNER Architects

The site is locatet on the territory of a former railroad station in a central part of Vienna.

The two buildings form a southward open block. The corner in the Northeast is forming a small public square. House 1, the smaller building, achieves its particular character through the large windows of 11 studio apartments. The L-shaped building, house 2, opens along the two acompaning streets with its 2-storey entrance hall to the public space.

Outside-space and built-space meet at ground floor level – the level of passers-by. Here we expect communication, exchange, new ideas and above all: urban living and not privacy.

That means:.The ground floor is reserved to public or common use. Housing will only take place in the upper floors.

The entrance hall generates the largest potential of space  in this project. It is, just because of its extension and its volume (approximately 400 m2 with up to 5 m ceiling height), a surprising space, with a generosity that is extraordinary in subsidised housing.

This was made possible by the insertion of an additional “garden floor” with so-called “mini-offices” These are separately rentable office spaces for small businesses like a translation-office or a tailor.

4. THE SHUTTERS IN THE FACADE:

The windows can be characterized by the design of the shutters that serve es sunsblinds. When they are open they are placed in wall niches of the facade on both sides of the window. The facade obtains a refinement and delicacy, as we may know it from Biedermeier facades.

These ar the first words in Rainer Maria Rilke’s poem “Die Liebende”. A newly awakened person opens her eyes and throws out an anchor: “This is my window.” Everything around is still dreamlike and revolves around this fixed point in the room. The window of a room governs the relationship of inner and outer worlds. For this reason it makes sense to devote special attention to this circumstance.

We know: Sometimes we want to tear open the window and let the whole world in, and sometimes we want to close it tightly,to hear nothing and to see nothing. But there is also the mood inbetween and then we would like to have a filter between us and the world, a fine-tuning of light and air permeability.

For this differentiated needs we provided shutters made of white coated, perforated aluminum.The perforation of the shutters is reminiscent of the typeface of the poem. And the one who knows, can read here: “This is my window. I  just woke up so gently … “. For all others the shutters serve as practical sunblinds…

Four meter ceiling heights ? How is that possible in subsidized housing ? In this project the attempt was made to take the maximum advantage of the permittet   building hight. Through an intelligent split level organization of the floor plans we could achive ceiling heights which you only may find in the piano nobile of last century buildings . A total of 11 such studio apartments, with 4m high ceilings are organized around a central staircase. The result is a complex spatial structure. These studio apartments are adressing a mobile, urban and perhaps creatively active clientele, which in turn can make an important contribution to the social mix.

The artist group “Ok cool” was given the task to create a design for the ceiling of the entrance hall.

They invited the tenants, to contribute  terms and definitions that to them represent “home”. These terms (such as sofa, cooking, cat, …) were then transformed graphically, and placed in the form of “Icons” on the ceiling. When coming home, the residents will now be welcomed by a small piece of their personal history. The results can be found in a booklet: a small “star map” to explore, discover and recognize.