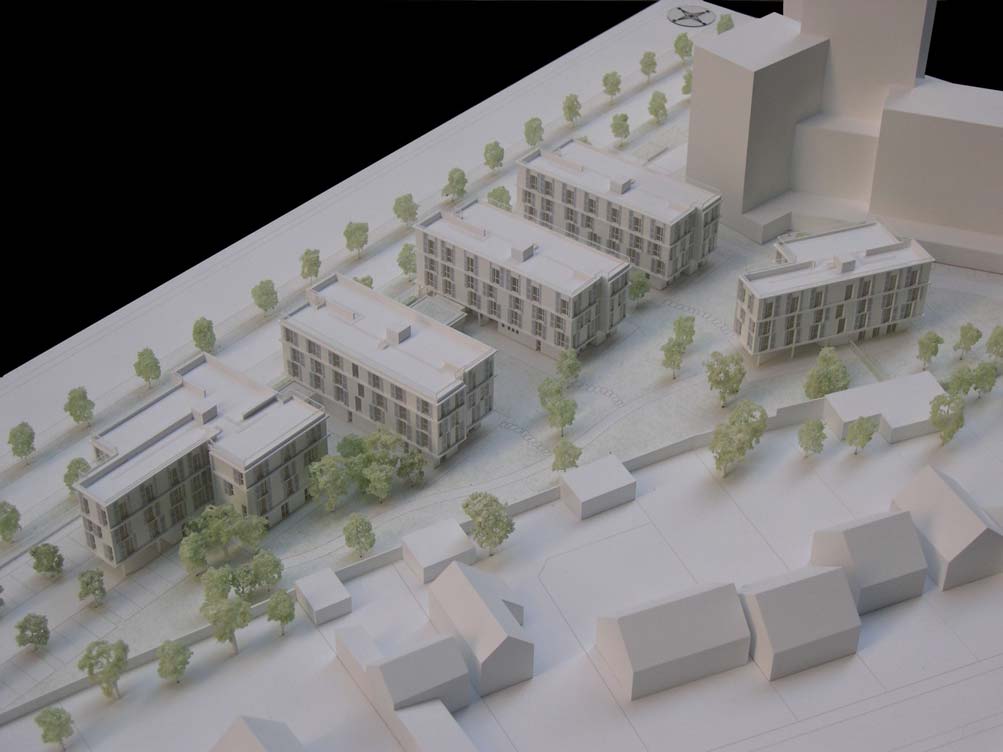 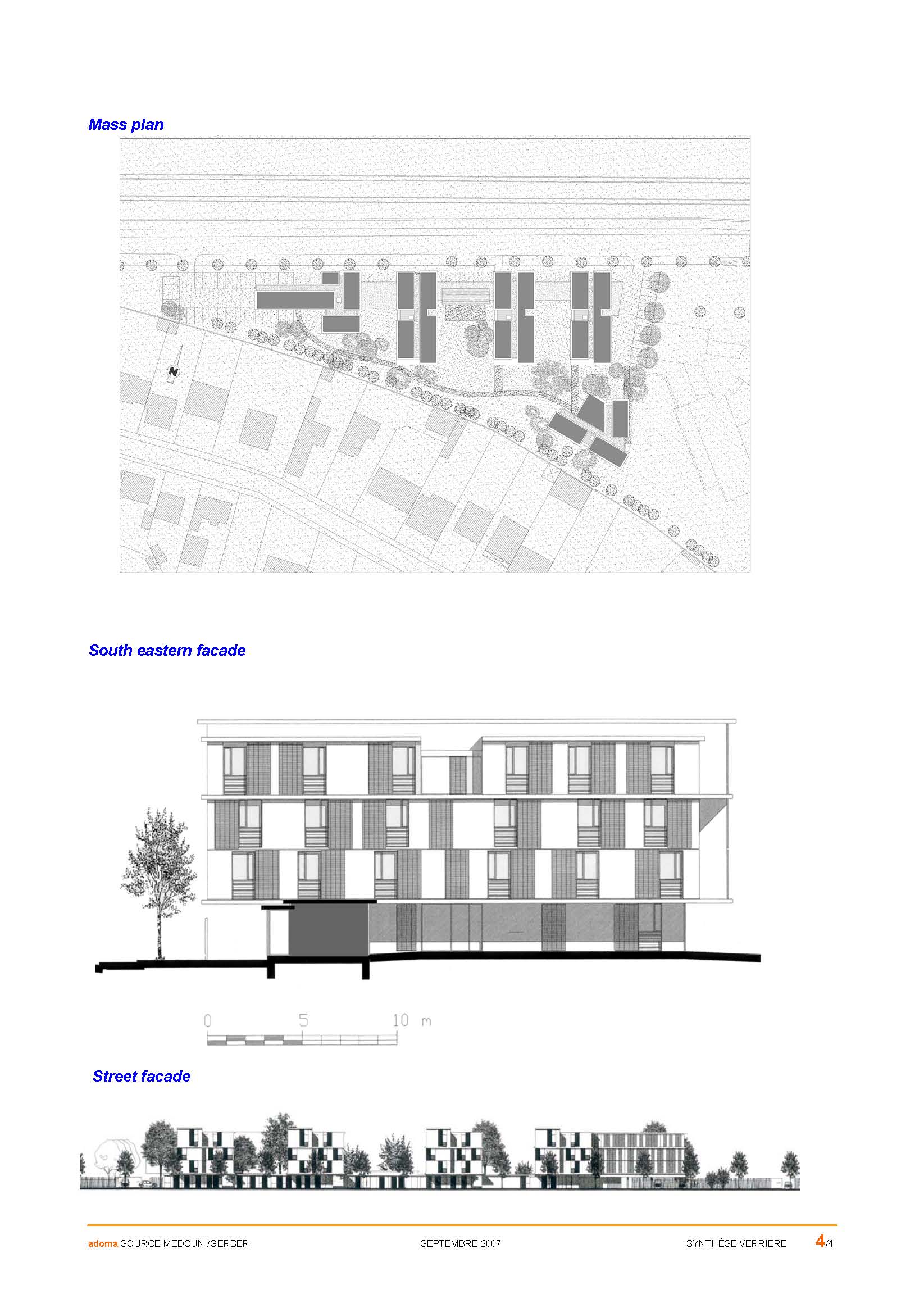 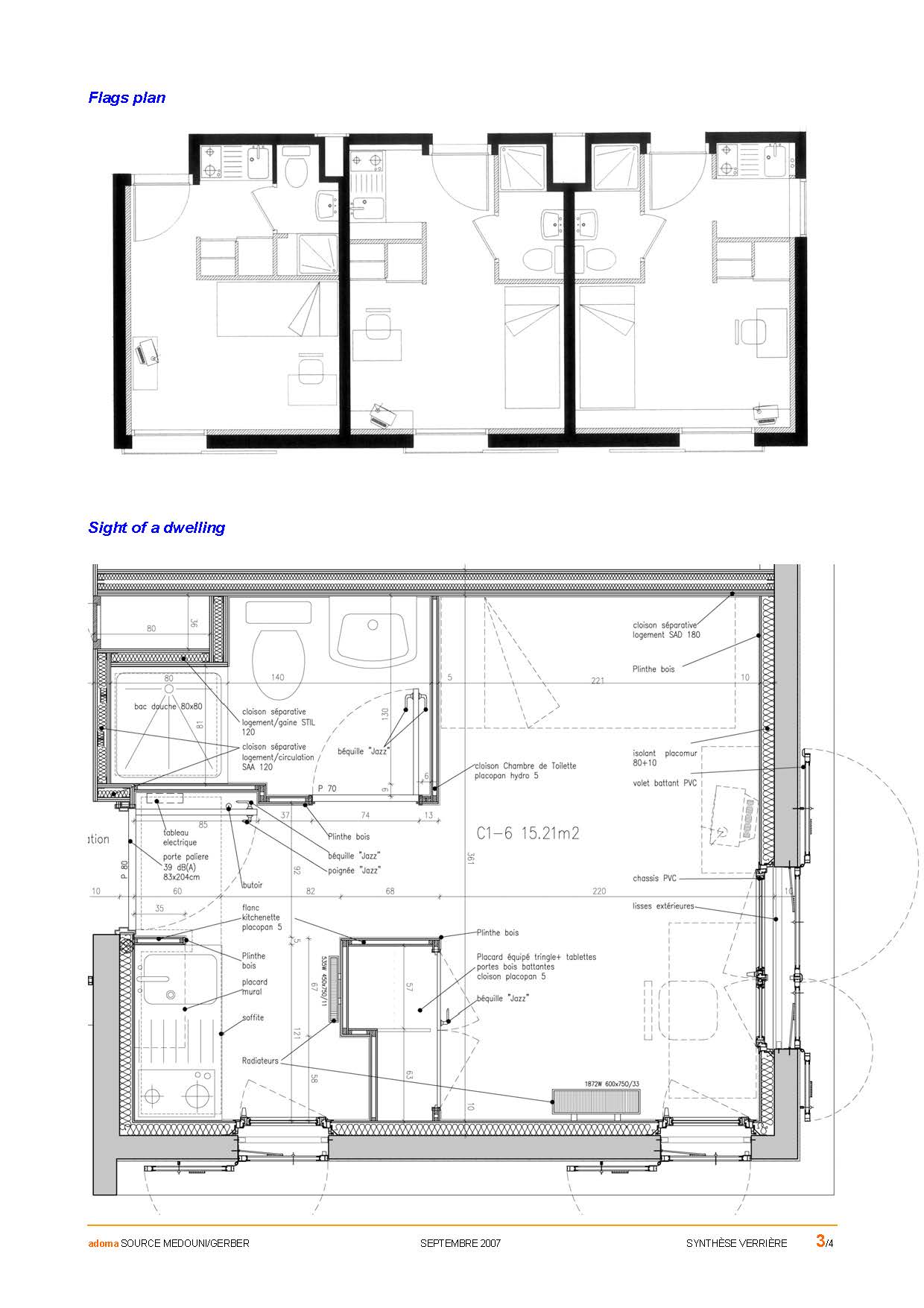 Completed in the first half of 2007, the Noës social residence is part of a demolition and reconstruction operation, divided into several phases, of an old house for emigrant workers.

Built in 1972, this complex, with a triple tower structure whose parts had R + 5, R + 7 and R + 9 floors, consisted of 500 rooms of 12m2 that shared kitchens and immense collective spaces located on the ground floor of the building.

Repurchased in 2002 by Adoma, at that time the house was characterized by severe decay and clear under-occupation, and one wing had been closed.

Thus, one possibility was to replace this obsolete structure with a new social residence suited to the current comfort needs of Adoma’s customers.

In close collaboration with the city of La Verrière, the sub-prefecture and the departmental directorate of Yvelines plants, as well as with the union of the agglomeration of the new city of Saint-Quentin-en-Yvelines, during a European consultation in 2002, Adoma launched the proposal to organize a competition for the draft of this new realization.

After analyzing more than 80 proposals, 3 work control teams were invited to submit a draft. In May 2002, the competition jury made up of A-level officials unanimously approved the project by the Crémonin-Lauvergeat & Paccard group of architects, who were assigned the direction of the operation

The land on which the old house was built has an area of ​​approximately 12,000m2 and a triangular shape. To the north it borders an access road and the railway. To the south, the boundary of the property is near a quiet suburban area, and to the east, a school complex closes the site again.

Two parts of the current tripod occupy the widest part and a long wing of R + 7 floors followed by an aerial parking space occupy the tip of the triangle formed by the suburban area and the avenue of Noës.

This last wing, which is planned to be demolished first, offers an area of ​​land of approximately 6,000m2 for future construction.

The other two wings of the house are renovated to allow all the residents who live there to be kept on site. Once the new residence is delivered and the residents have taken possession of their home again, the body of the remaining building will be demolished and the remaining parts will be assigned to the city of Canopy to create an extension of the school complex in the narrow part of the land.

The program envisaged reconstituting in the new social residence an accommodation capacity of about 200 places in fully autonomous studios of 15 – 20m2. Services have been provided such as an automatic laundry, a bar, the Concierge Offices and social accompaniment, as well as the buildings necessary for the maintenance of the buildings. A car park with about fifty spaces has also been planned. The built unit represented an area of ​​approximately NEMm2.

The architectural and urban part

The architectural part consisted in inserting 5 small buildings intended for apartments in R + 2-storey buildings in the connection between the suburban area and the school complex. Each building, which has the end parts animated towards the railway and the houses, includes 40 houses facing east and west. An internal road, parallel to the avenue of Noës, connects the buildings at the ground floor level, serving the spaces and buildings of the common services. The car parks are located at the top of the land. A panoramic garden completes the composition of the site by offering areas of retreat from collective life.

Generously perforated, the delicately treated facades – cladding, wall decorations, sliding shutters – give the district a certain tranquility as well as a real pride in living with its inhabitants.

Basically, breaking with the disastrous and stigmatizing image of the old house, the new social residence in Adoma profoundly upgrades the entrance to the city of La Verrière as well as the relationship of its residents with the inhabitants of the district.