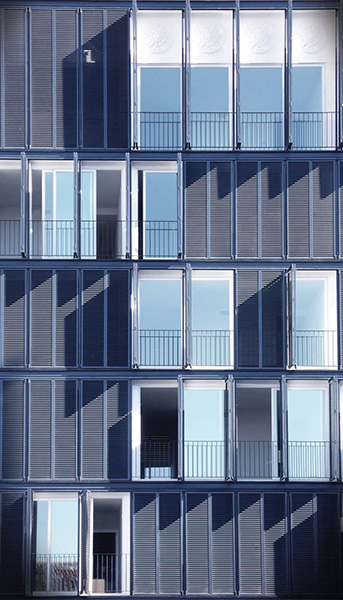 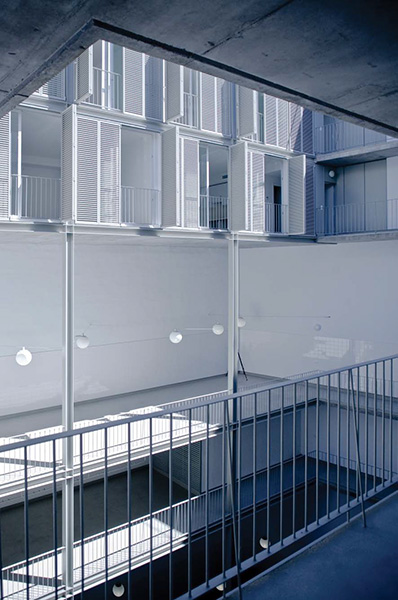 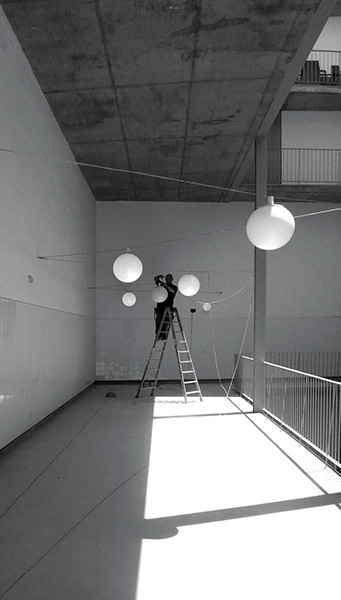 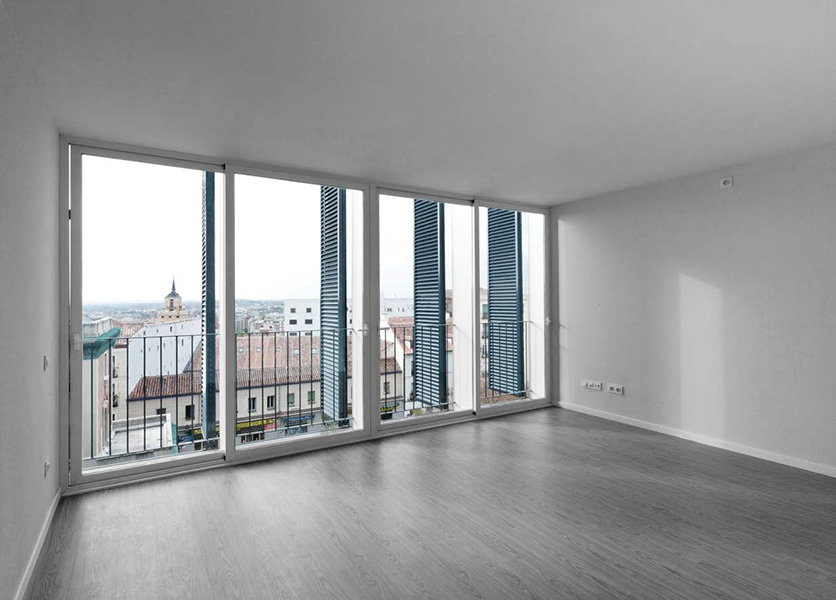 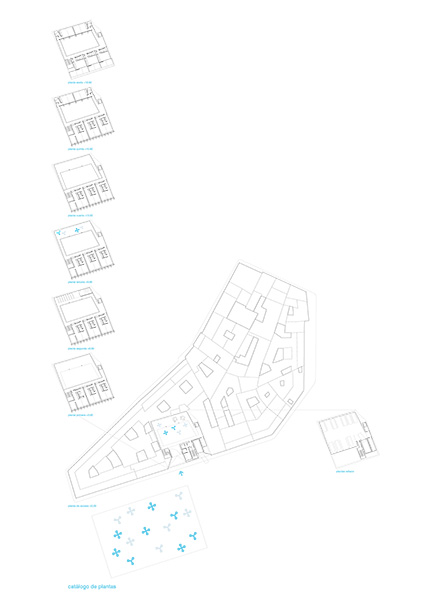 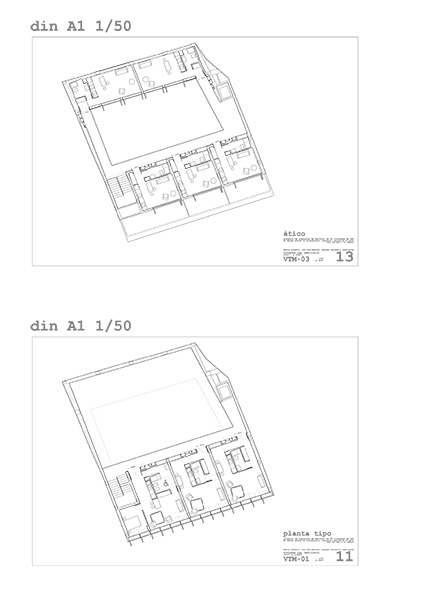 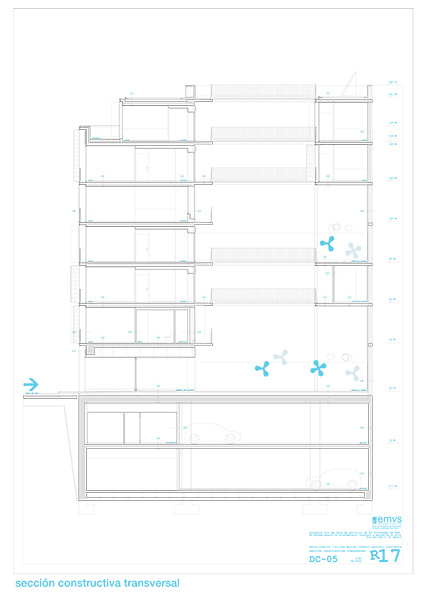 Of which
Residential: 80%
Public/communal areas: 20%
Facilities for the public: 0
Business/trade: 0
Offices: 0
Number of residential units: 22

Since 1740 the Latina neighbourhood has held an open air market (El Rastro) which nowadays is visited by thousands of people. The Vara de Rey Square forms part of the network of public spaces and narrow streets which are taken over by street market stalls every Sunday. This is a lowincome neigbourhood in the historic centre where there are many “corralas”, a collective  housing building typology organised around a central courtyard with access to the housing via corridors.

The building is set in these historic centre of Madrid and reinterprets both the tradicional housing typology of colletive housing in the area and the way facades have been built in the architecture around the site.

A common interior courtyard defines the layout of this programme of 22 small apartaments for young people. This courtyard is conceived as an environment somewhere between private and public space and opens onto the square via a large entrance. It is a place for socialising wich furthermore creates extensions to the dwelling units and favours social relations. Bike racks, the launderette and the community clothes lines are located here. The main part of the residencial programme is dealt with by an exterior block open to the street with dwelling units facing two directions. The remaining part is located at the rear of the site with only dwelling units on the two upper storeys such that these may enjoy more sunlight and more cool air.

Underneath these, the several open galleries leave room to enable space for residents to be incorporated. Both parts are linked by passageways which from the perimeter of courtyard. The position of stairs and the elevador make it possible to control the irregular geometry of the site.

The facade onto the square is a free reinterpretation of typical balconies of Madrid, they are made up of metal louvre shutters and double-glazed aluminium windows, leaving a space serving as an open balcony between the two shutters. For remainder of the build, exposed concrete, metal handrails and doorhandles, cobblestones, light handing like balloons for parties, the gallery tiles or the finish on the plinth have aimed to avoid being too obvious, trying to preserve the idea of reinterpreting Madrid tradition.