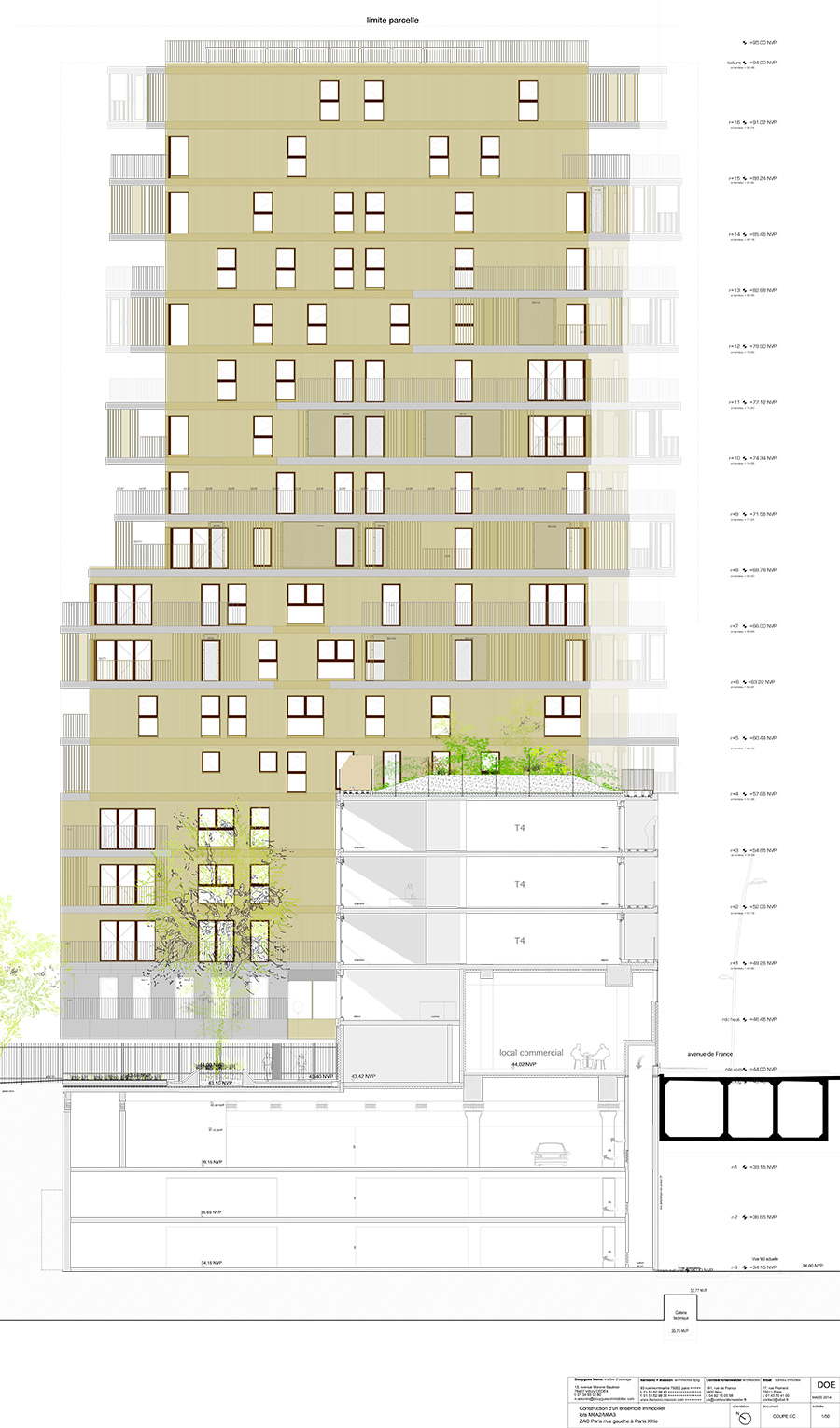 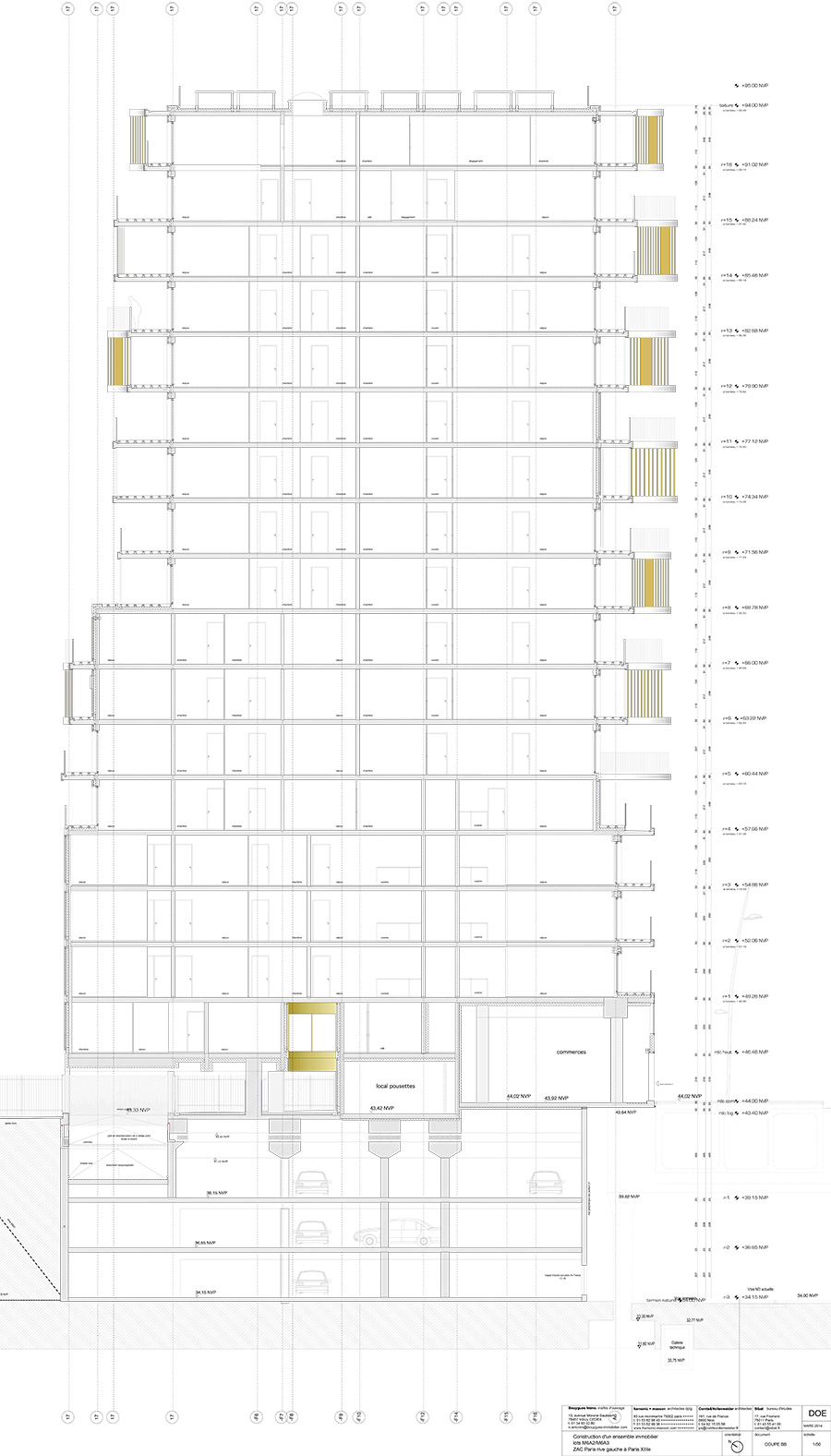 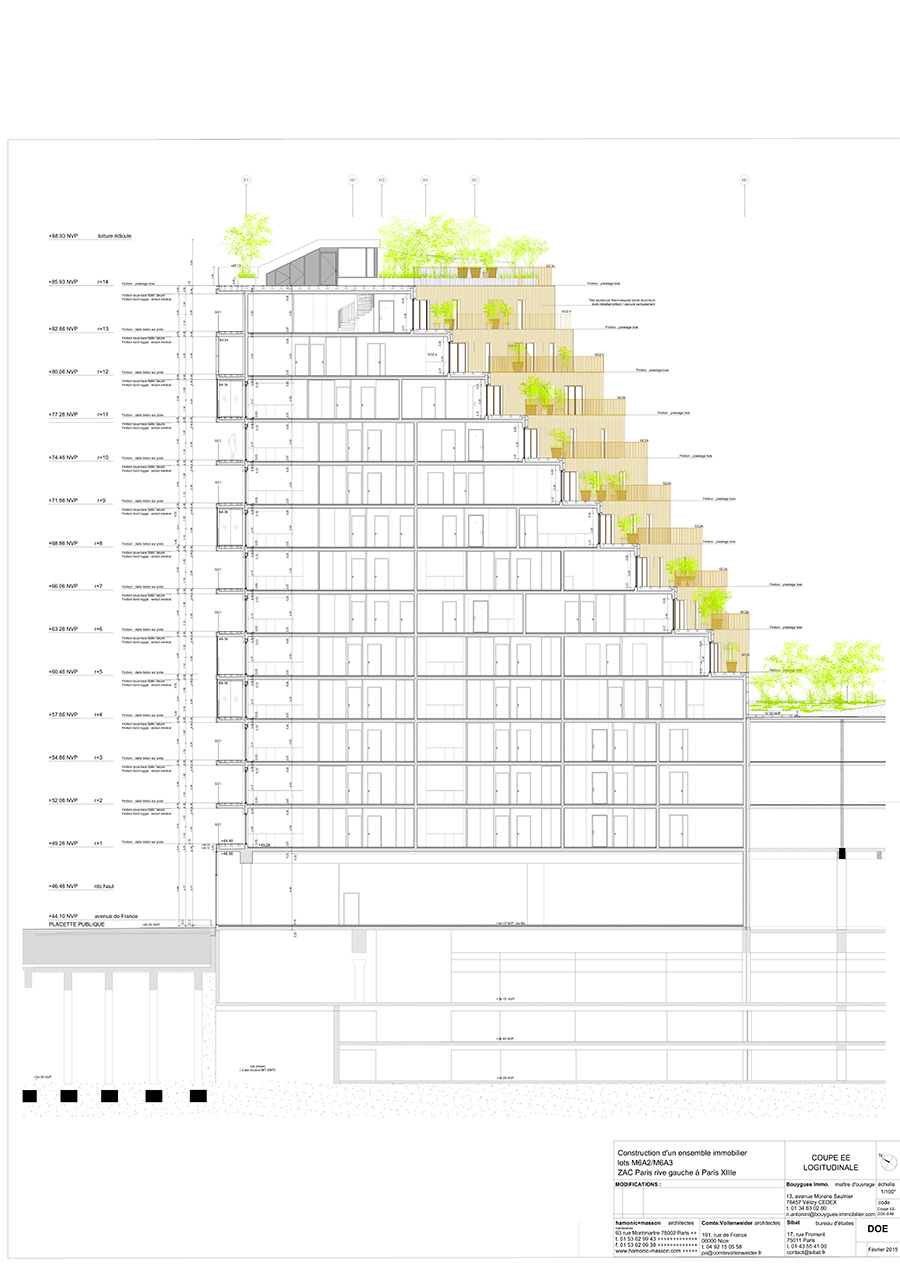 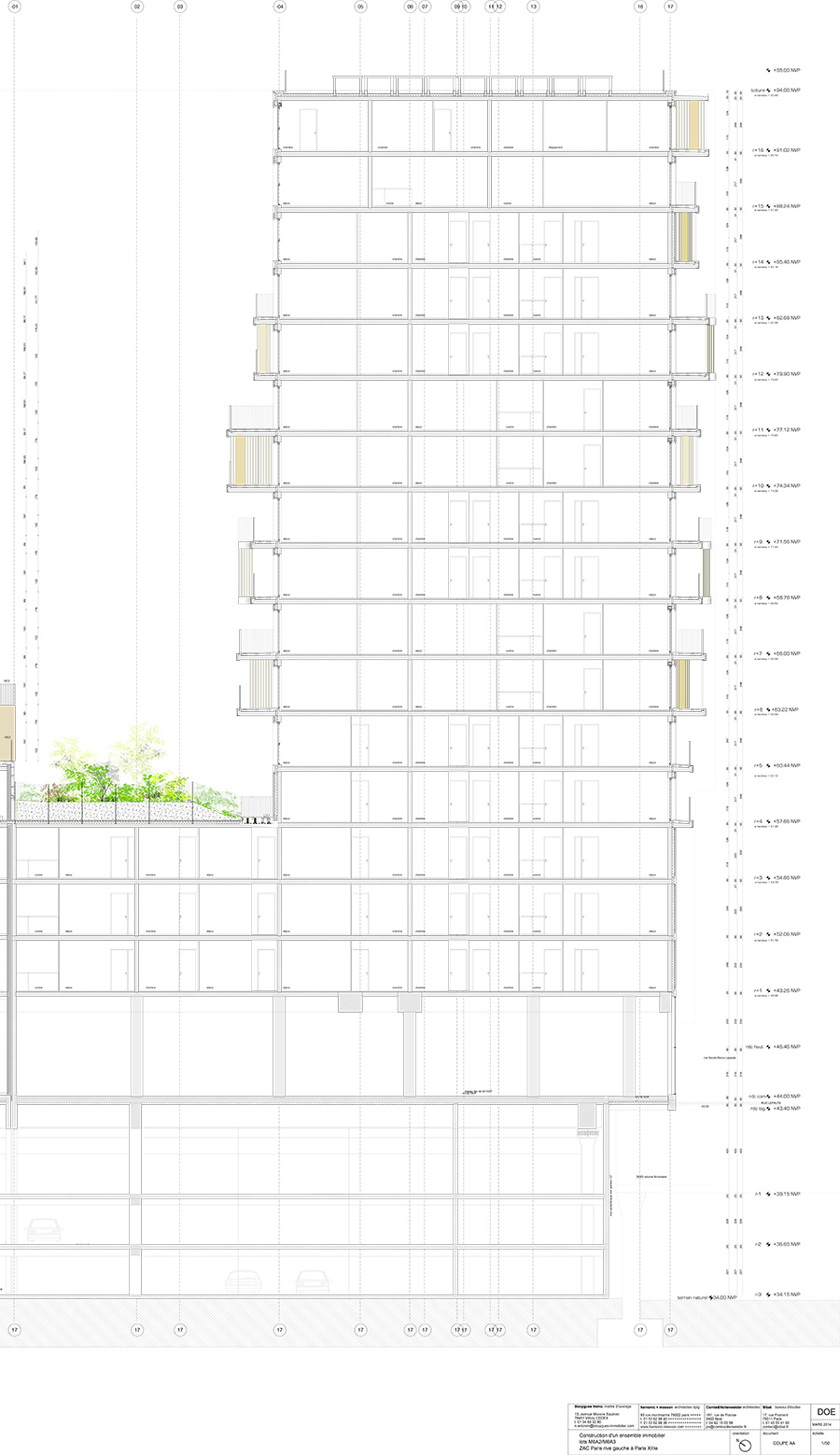 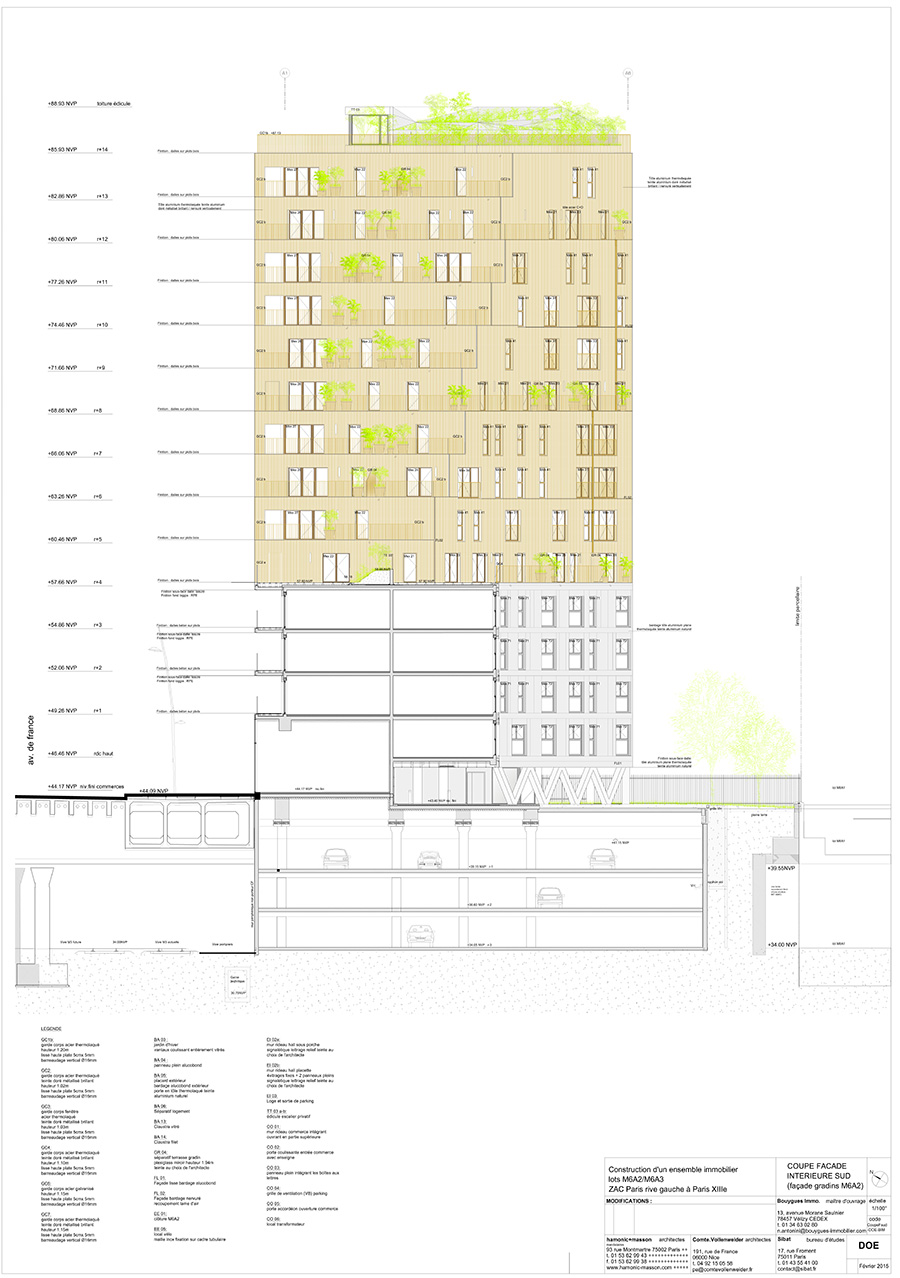 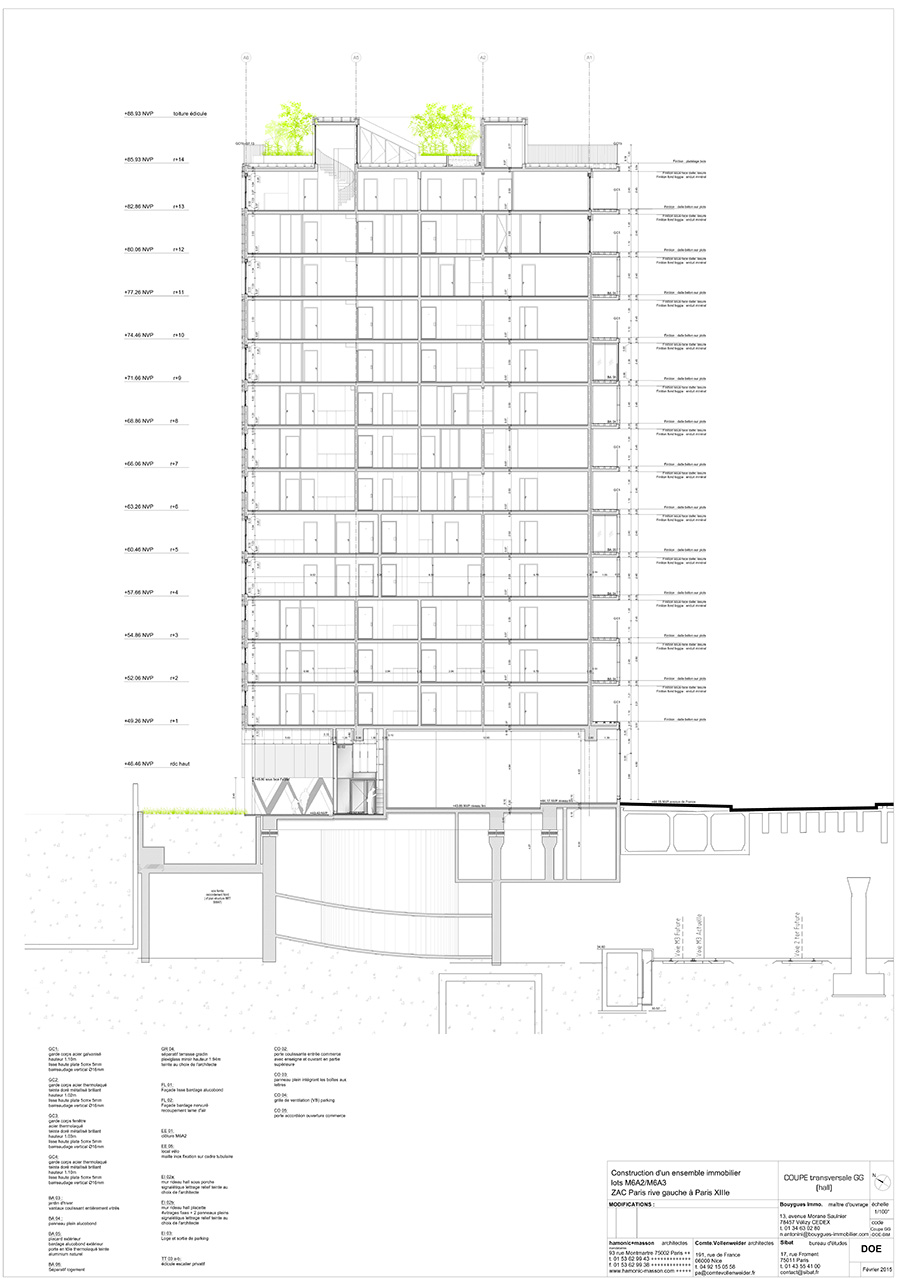 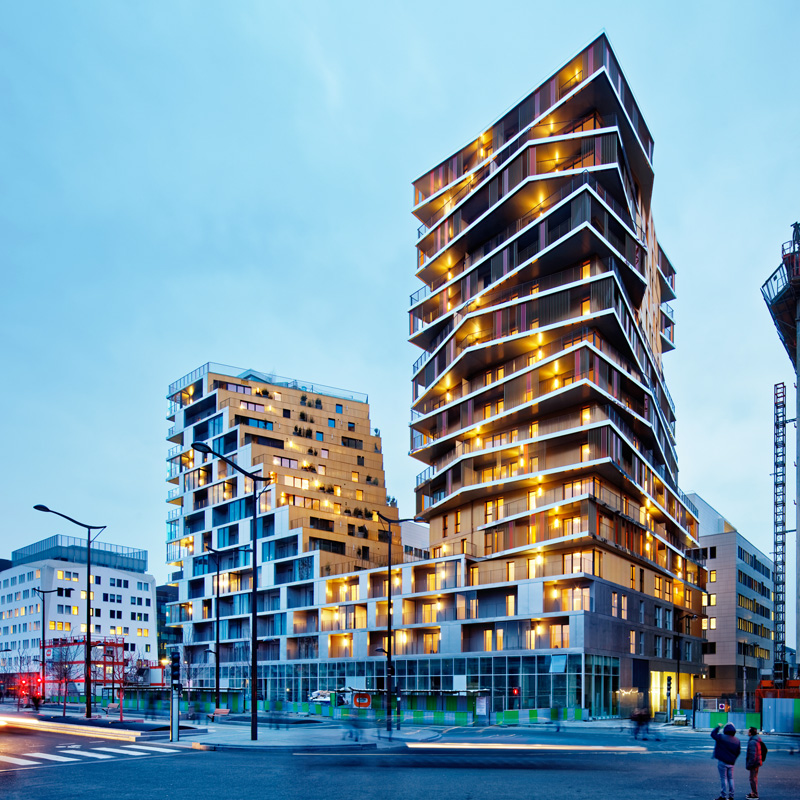 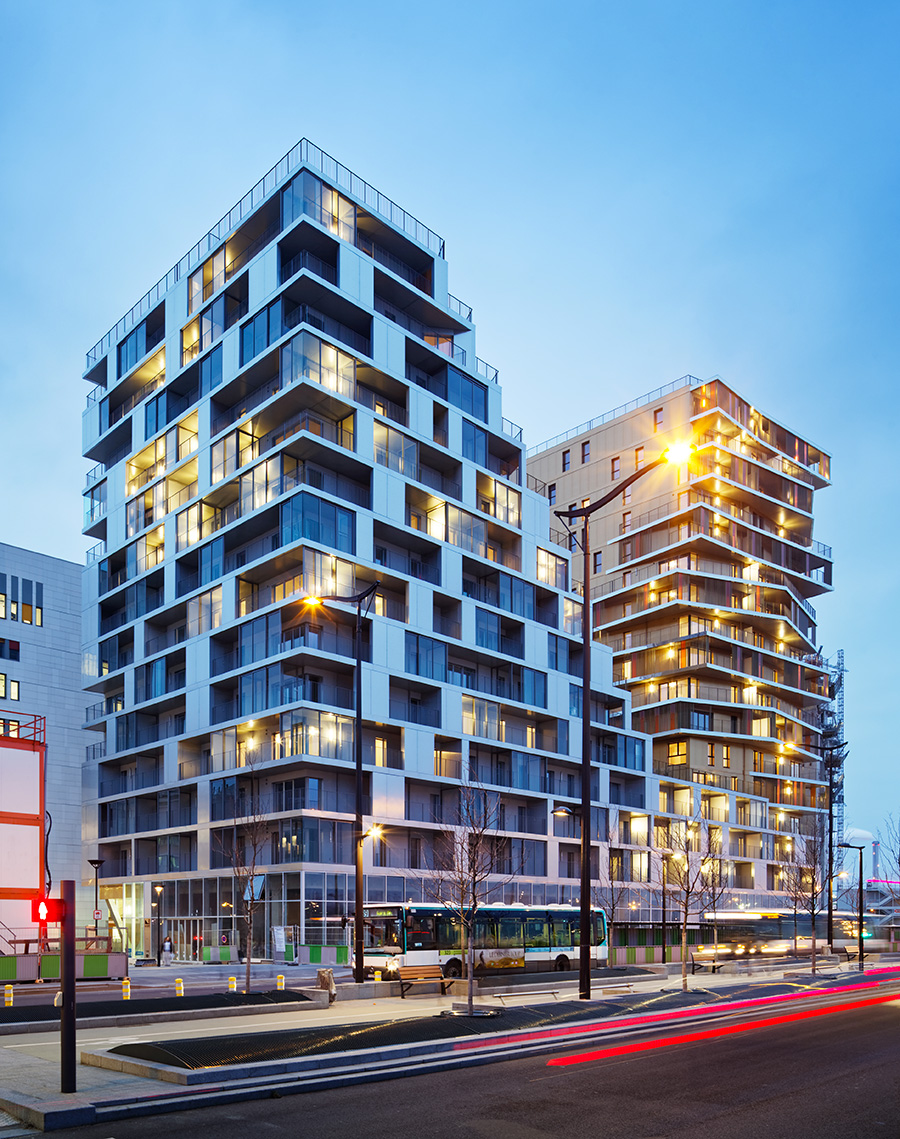 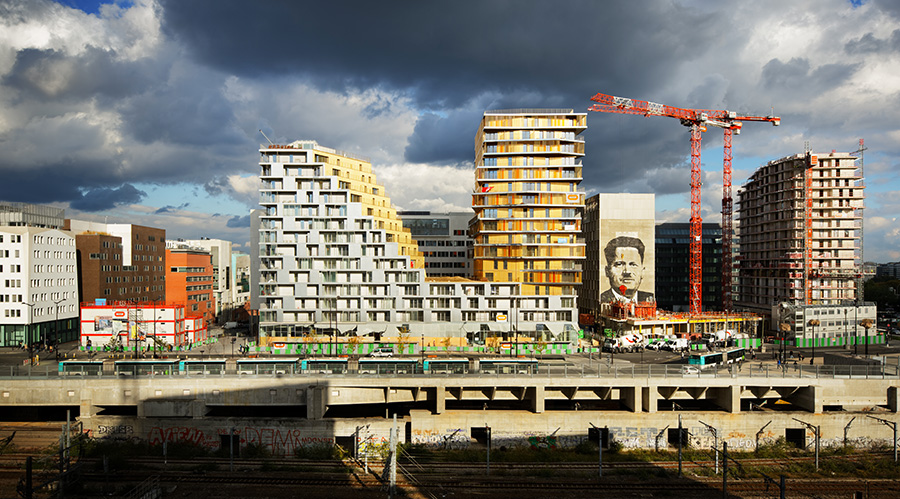 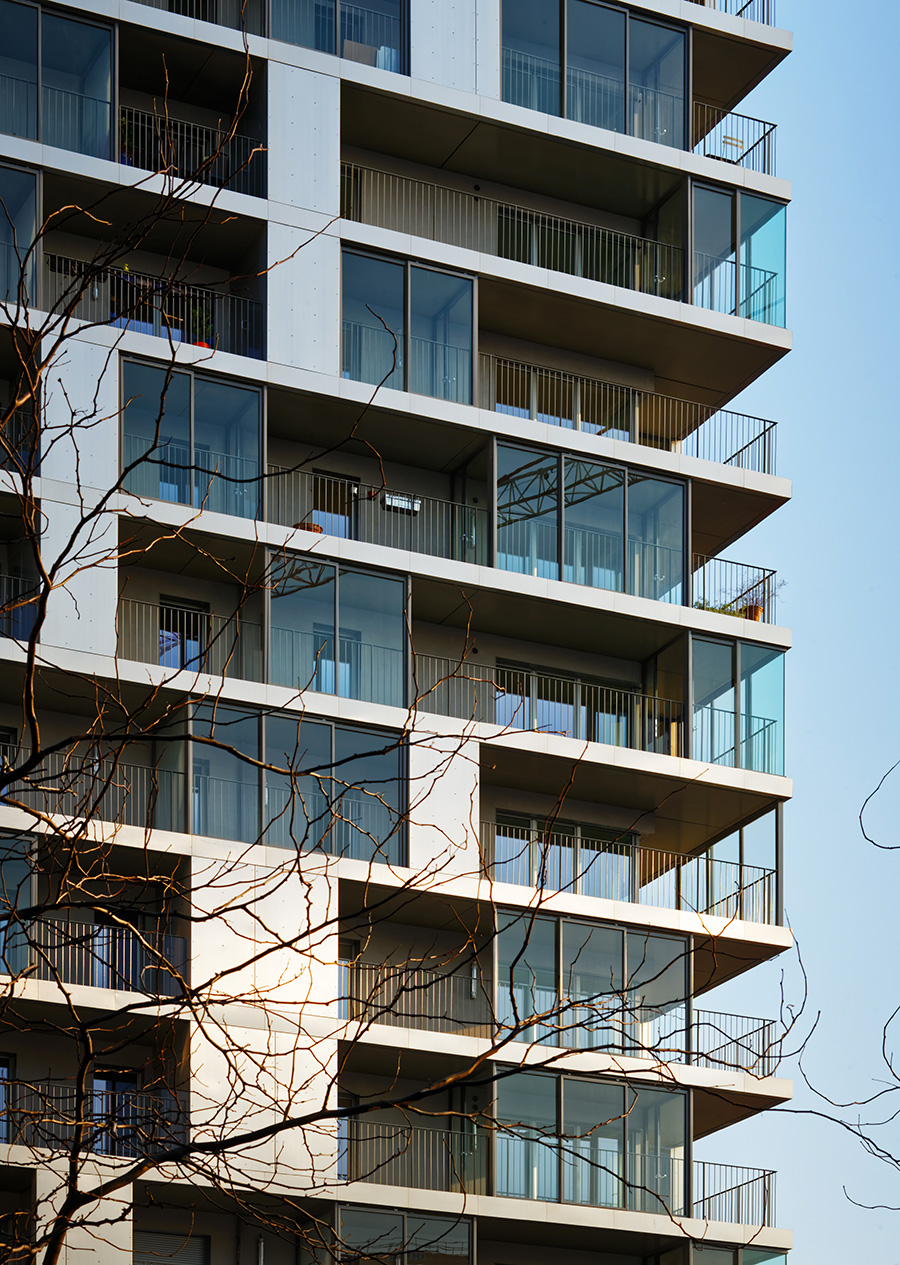 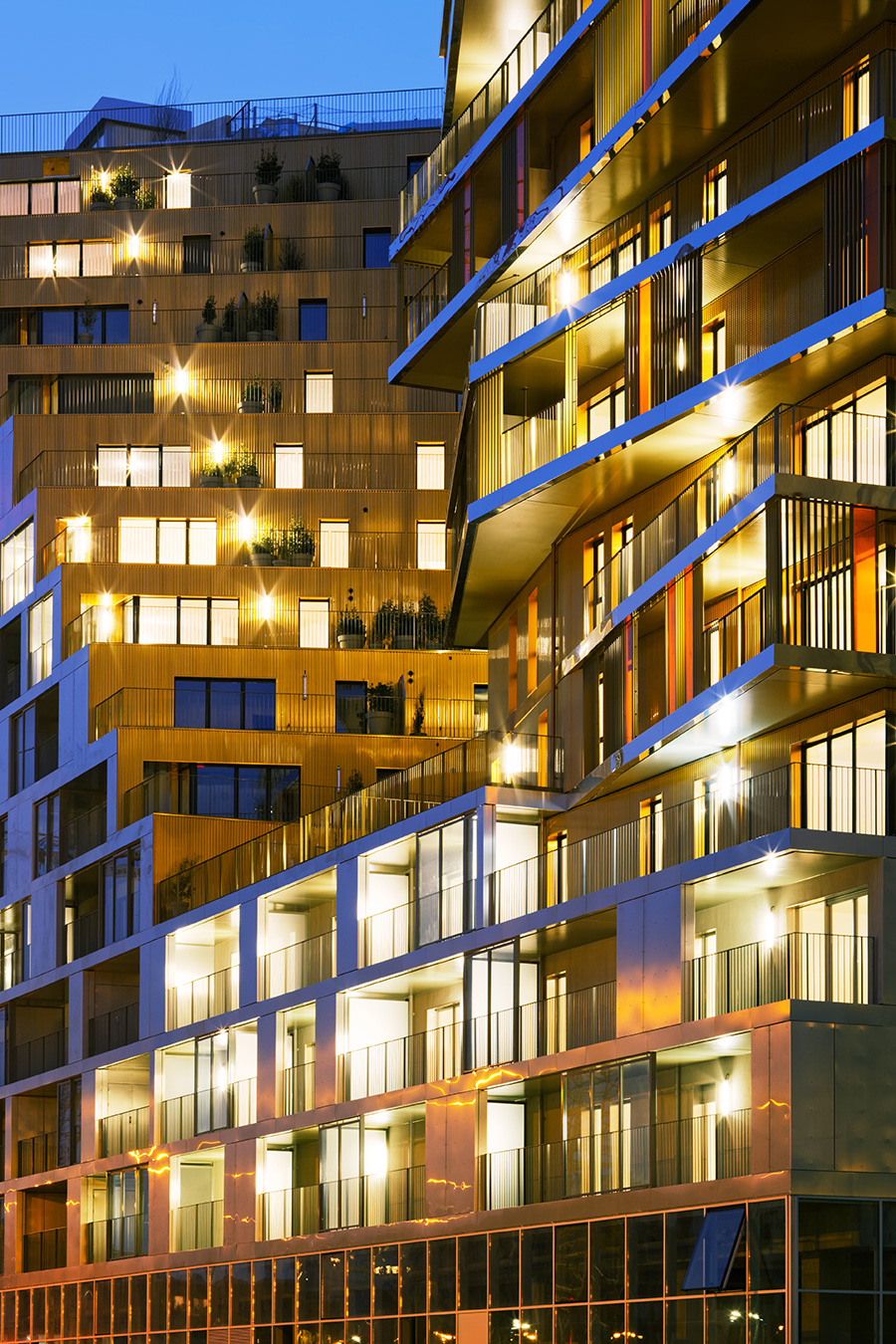 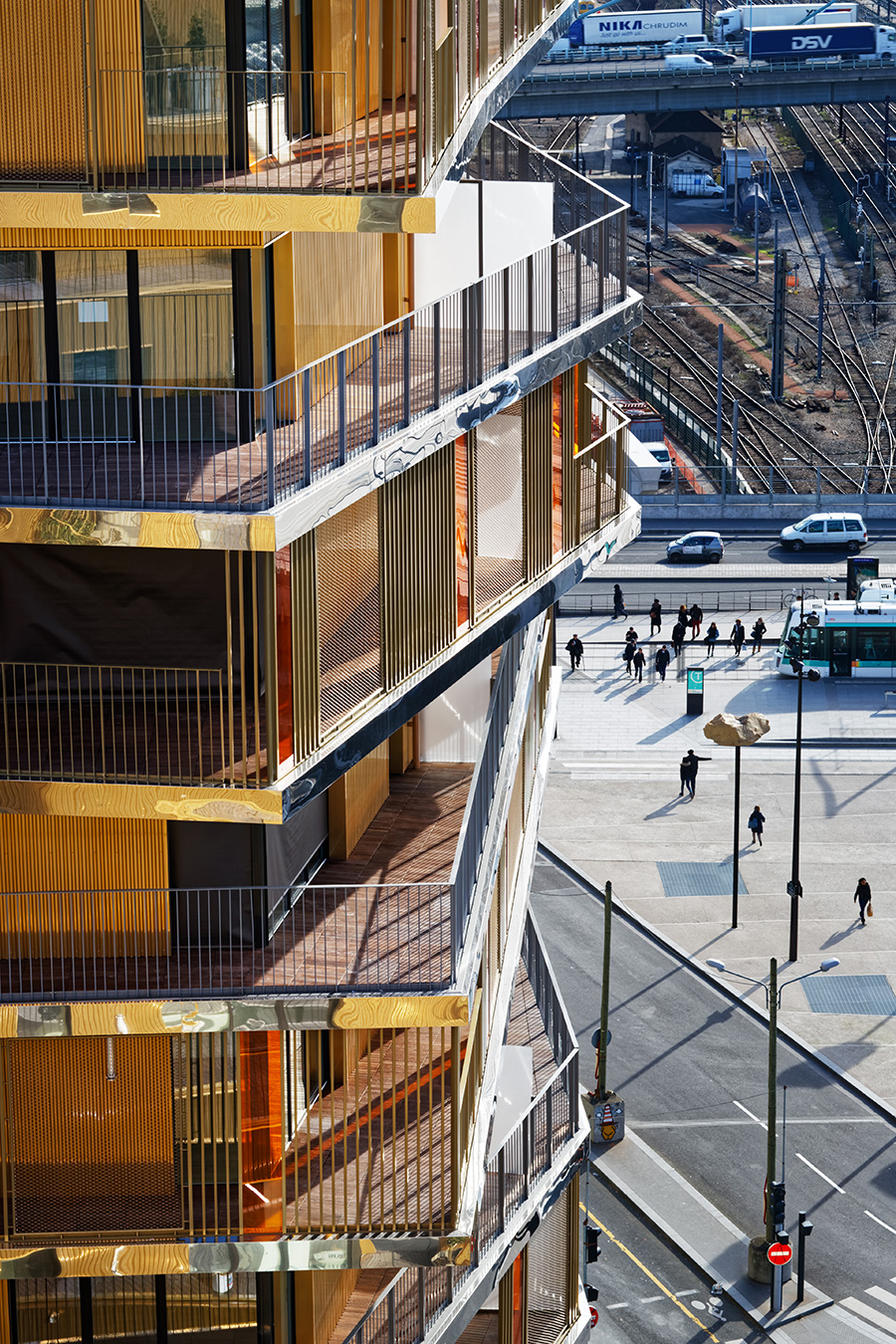 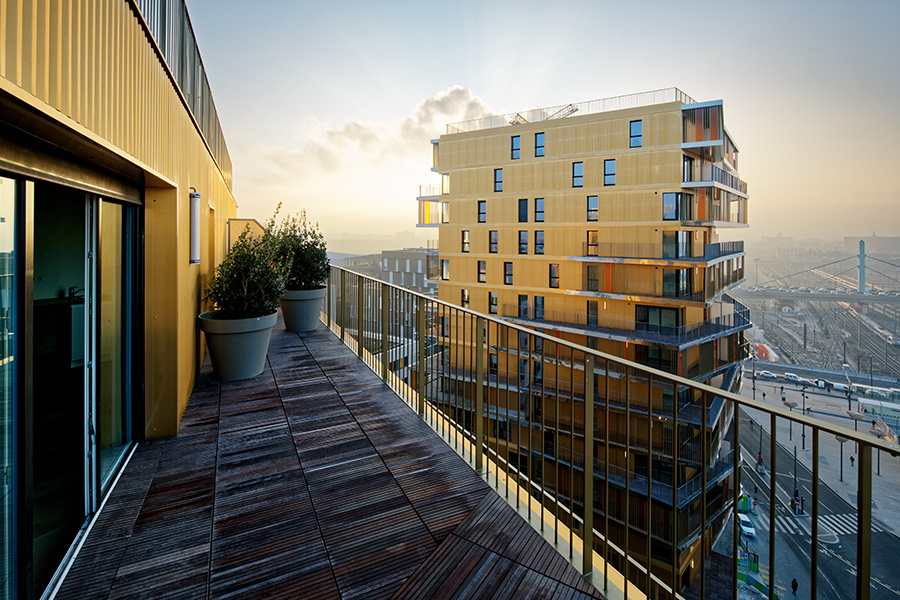 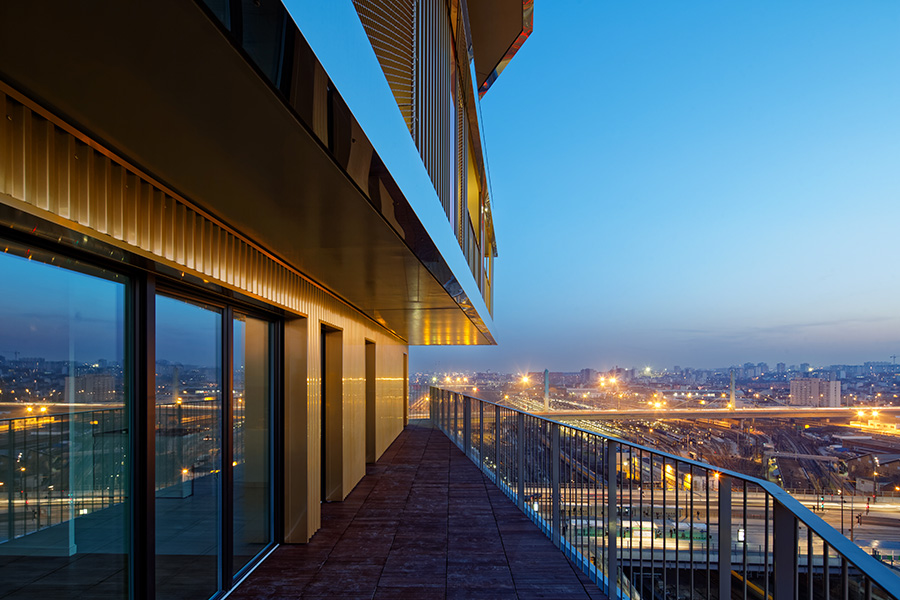 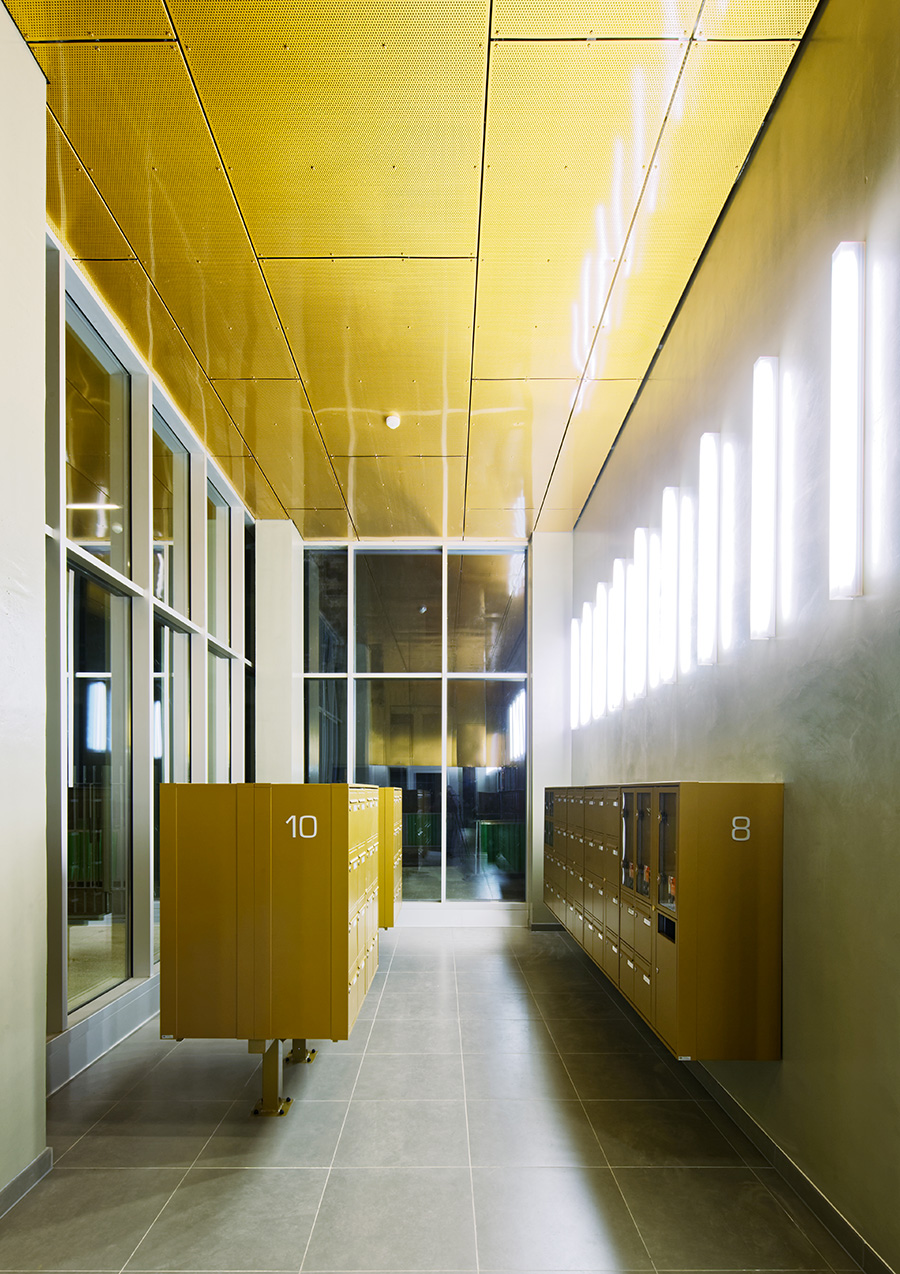 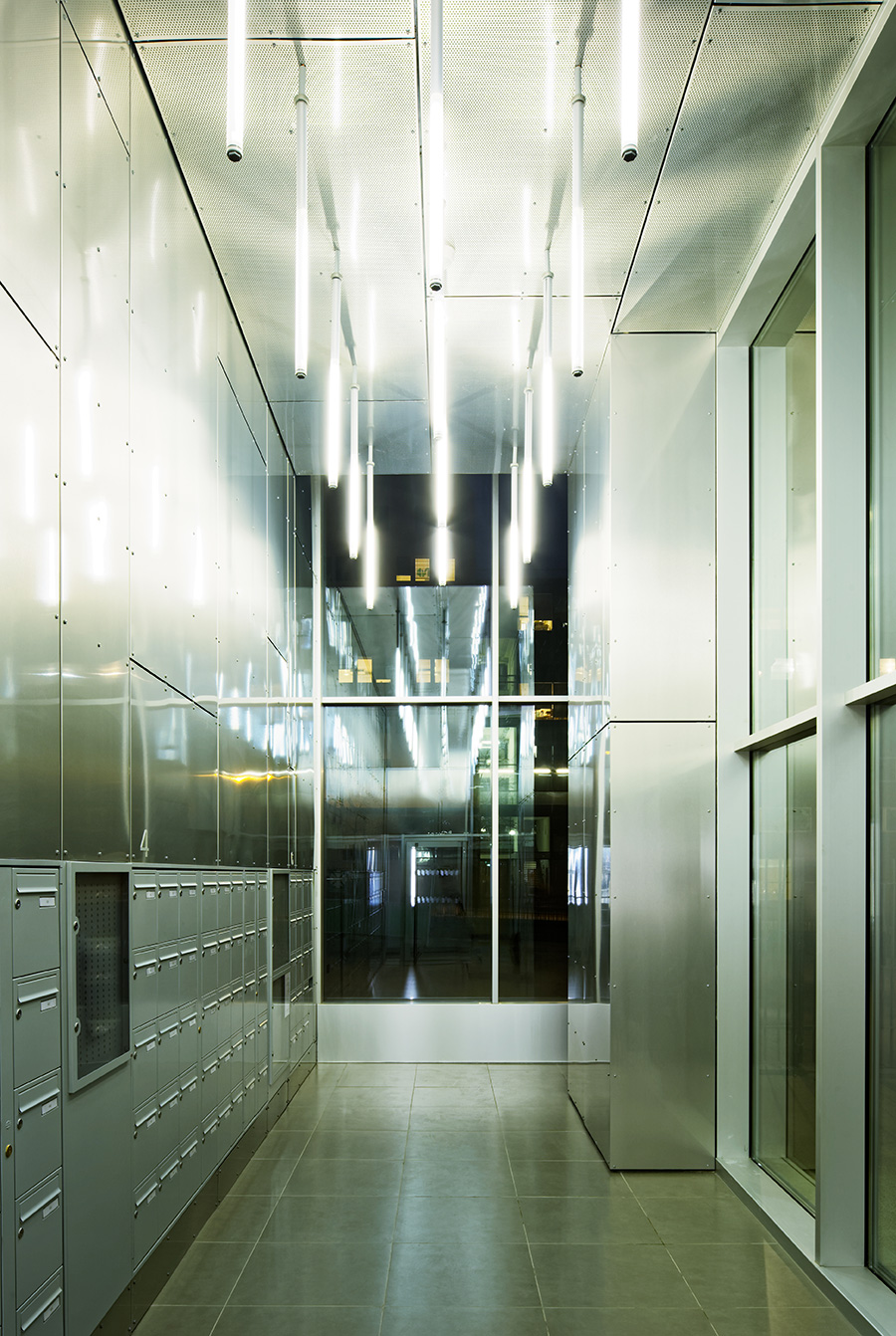 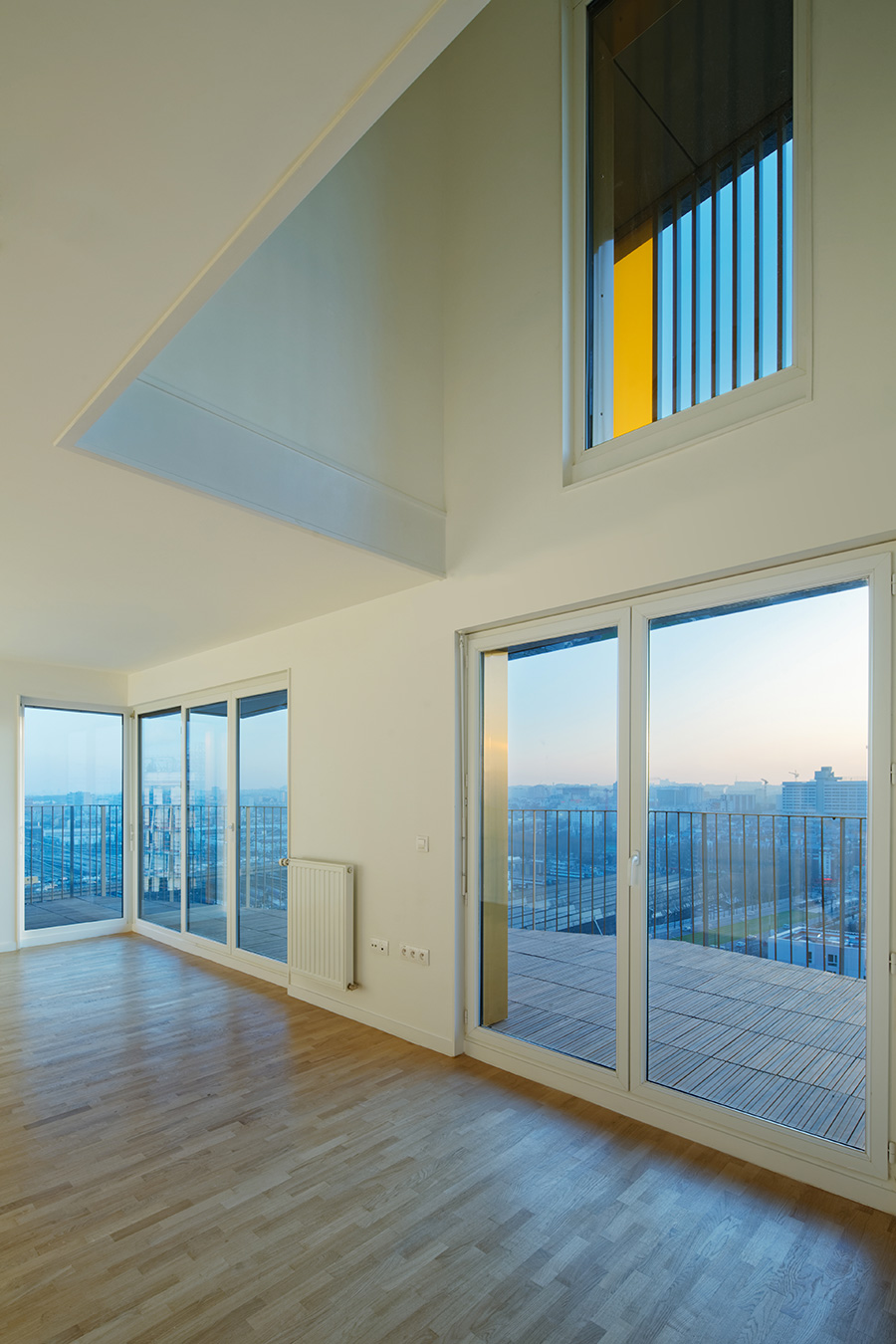 Recommending party
The project has been submitted by: Hamonic+Masson & Associés

Members of the Council of Paris revised the urban regulations for the Masséna- Bruneseau sector in Paris’ southeasterly 13th arrondissement at the city council meeting of Tuesday 16th November 2011. This amendment allows the construction of residential towers measuring 50 metres tall, and of office blocks measuring up to 180 metres tall.

Functioning as one single building and offering social housing and home ownership opportunities, the project links the rigidity of the Avenue de France, the railway landscape, the entrance to the adjacent Ivry suburb and ultimately the transition from a horizontal city to a vertical one.

Alongside the attraction of being the first high-rise to be built in the city since the 1970s, the location of the project is an important contextual consideration. As the last avenue to be constructed in Paris within the ‘Paris Rive Gauche’ urban redevelopment scheme, (launched in 1991) and having important links with the ‘Grand Paris’ (the metropolitan urban redevelopment plan currently being undertaken to relink central Paris with its suburban areas), this project represents many important themes currently being discussed within the context of Paris’ evolution as a metropolitan city.

The location of the building was an important starting point when considering the design of the project. The Avenue de France is very rigid; there are lots of offices and shops and very few housing projects. What’s more, all the units are very uniform in size and in height. We therefore wanted to avoid this homogeneity and formality and inject a breath of fresh air to the area. The DNA of the building is consequently quite special; its morphology is distinct and completely different to anything else on the avenue. The project is one building comprised of a tiered structure measuring 37m, the height limit before the recent change to building height regulation, and the second a tower measuring 50m, both resting on a common base. The building is therefore emblematic of the progression from the horizontal to the vertical.

The terraces spiral upwards, catching the light at every angle, adding to the allure of this tiered tower, whilst leaving an impression of progressive transformation. The performance resides in the fact that there is no feeling of repetition throughout this structure of 200 homes. The apartments are stacked on top of one another, but each has its own strong, unique identity. This is a remarkable building which questions the formality of surrounding structures.

Another important principle that guided us through the design process was to offer true functionality within architectural quality. We spent a lot of time focussing on the details and refining them to assure this was achieved. We wanted to combine generous surfaces and skilled construction in order to offer inhabitants a real quality of life and a place they can truly enjoy living in. Many people aspire to live in suburban style, individual housing. There are many reasons for this, but in particular being able to create a true identity for one’s own home. Secondly there’s appeal of eating outside, having direct contact with the outdoors from the comfort of your own house, all whilst owning ones own land. These desires must be integrated in to the scale of the apartments in a collective building. We have responded to this search for individual identity, ownership and differentiation by creating multiple exterior spaces for each apartment, measuring between 20 and 30 m2 and apartments with various, differing typologies within the collective.

This building is a contrast to the ‘normal’ Parisian standards of housing and we believe that living here can offer people true satisfaction. These details add something extra to the lives of the inhabitants, both in the social housing unit and the private apartments. This is a place where people and families can flourish and thrive.

The building is innovative in its approach to height, in a city that imposed strict height limits to keep the historic and iconic skyline of Paris uniformly low.

The change in regulations is a historic moment for the city. 50 metres is an intermediate height; this project is not a high rise, but embodies a shift in attitude, and this gradual increase marks a willingness to reconsider the potential of height and will change the city landscape little by little. It doesn’t scare people, but is rather an example and a signal to the city of Paris that height is no longer taboo.

Although taller than other buildings in Paris, the base of the building, which homes several shops, creates a link to the pedestrian level. Pedestrians are not crushed or overwhelmed by the height of the building, but rather they are connected to it and can therefore appreciate it. This is an intermediary height, allowing people to admire the building but not overwhelming the landscape. The project is pedagogical, demonstrating that height can be seen as a planning tool, injecting density in to certain areas and allowing others to be left as they are.

The pedagogical approach continues within the building with the extraordinary views over the city, meaning that residents are not only able take pleasure from having access to the exterior, but also learn about their city. Paris’ urban fabric becomes very clear and the building assumes the role of an observation tower, allowing inhabitants to understand and appreciate the different layers and the history of the city.

What is more, the operation offers a sustainable approach to living by providing housing for all. The almost equal 50/50 divide between social housing and home ownership (92 social housing units, 96 privately owned units) demonstrates that architectural innovation and social housing can go hand in hand. There are various points of shared public space throughout the building, for example the shared entrance and garden on the ground floor, and a shared public garden on the 4th floor, promoting social diversity as well as quality of life.

This building weighing 27, 500 tonnes and resting on 333 spring vibration isolators to absorb vibrations from the neighbouring railway lines is a signal to the city of Paris and represents some of the most important subjects being discussed within urbanism: height, housing opportunities, social diversity, sustainability, and urban ambition for Paris and Grand Paris, and finally architectural design and quality.