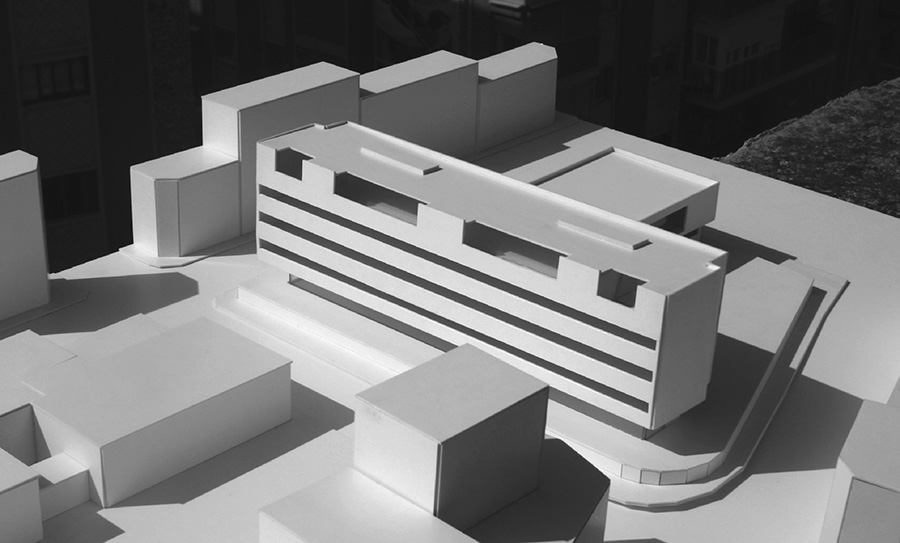 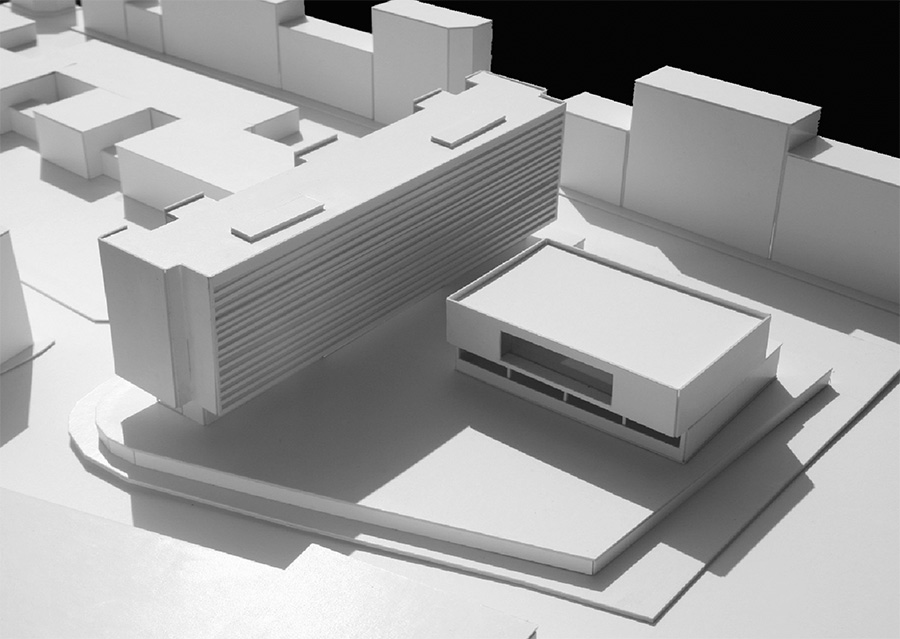 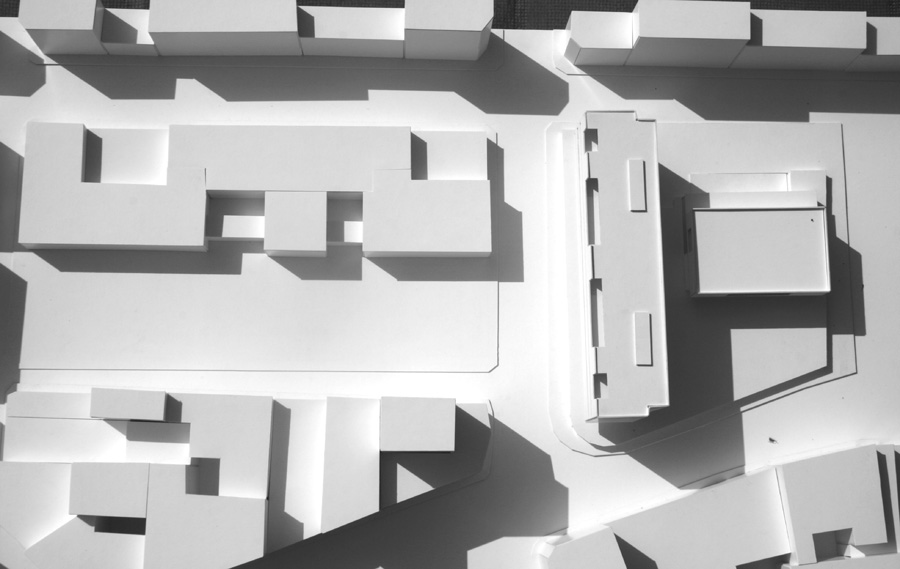 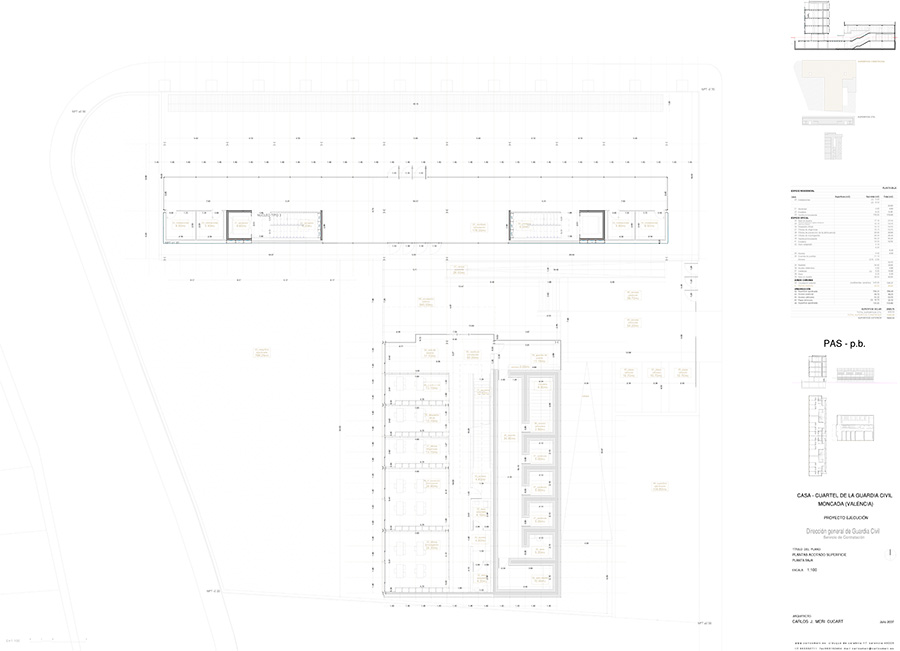 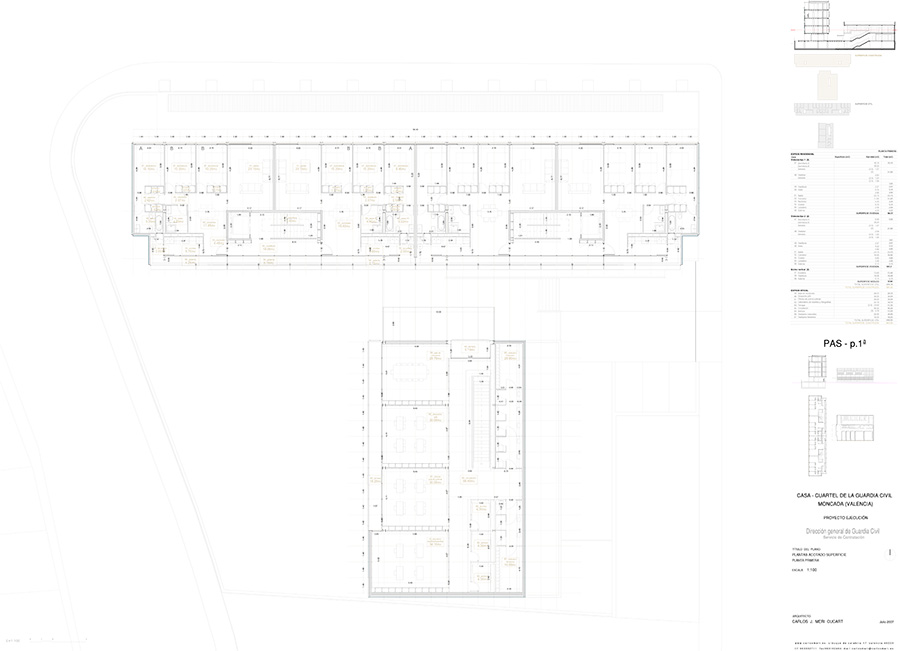 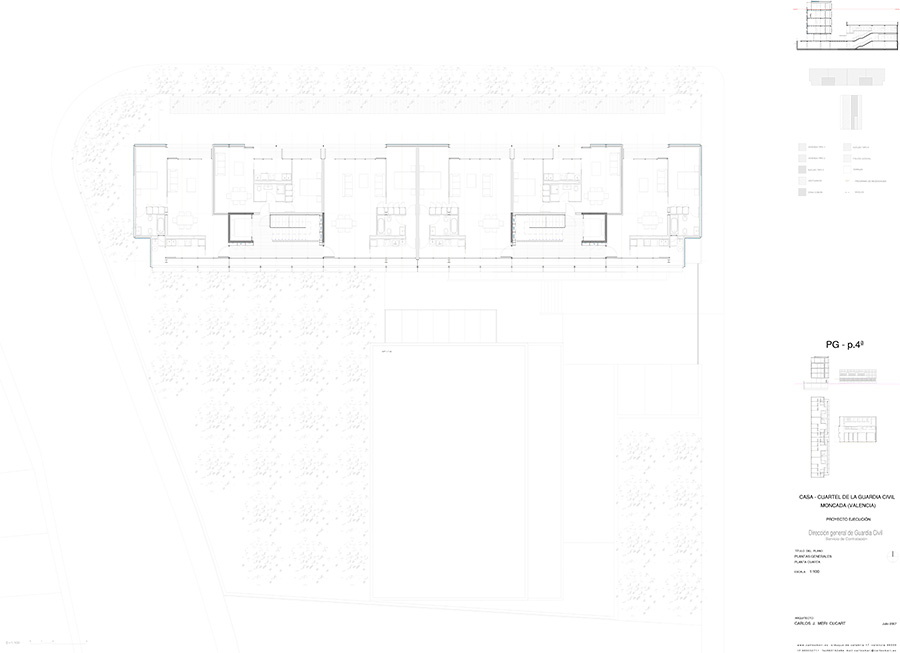 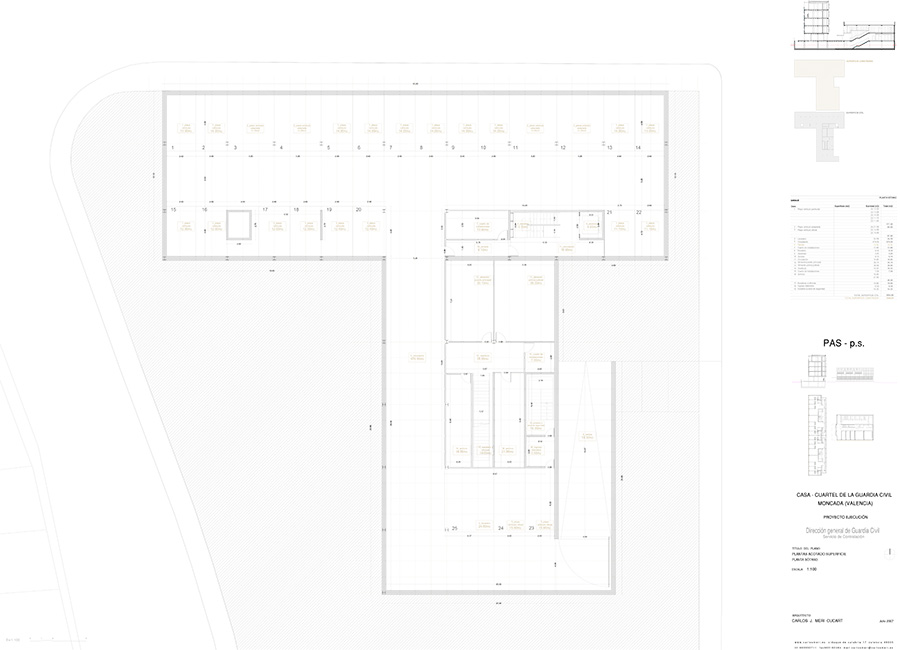 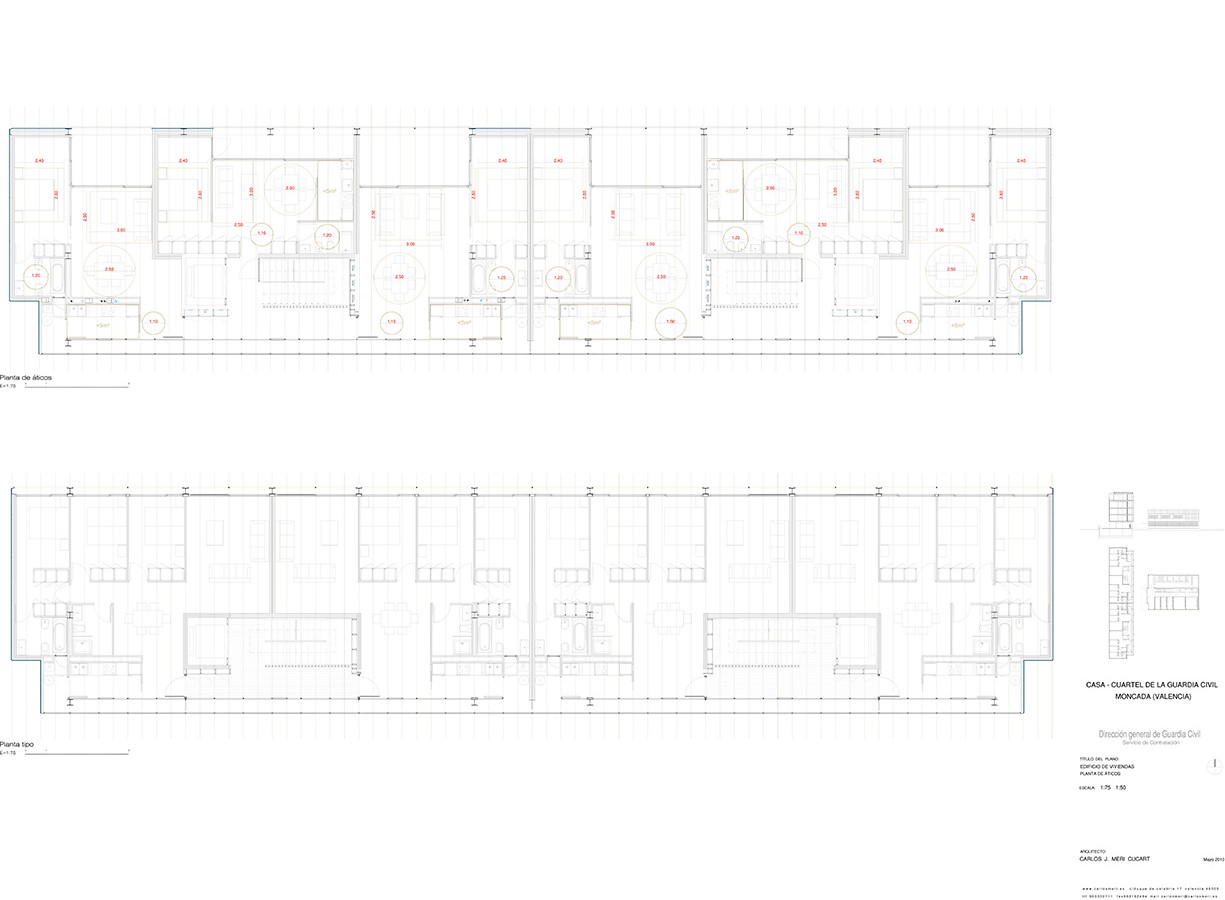 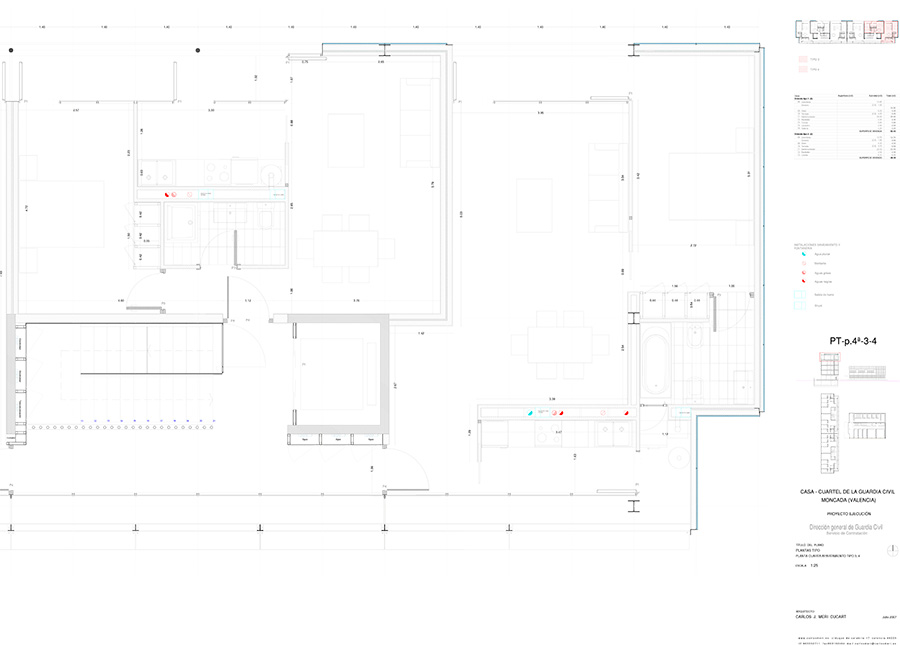 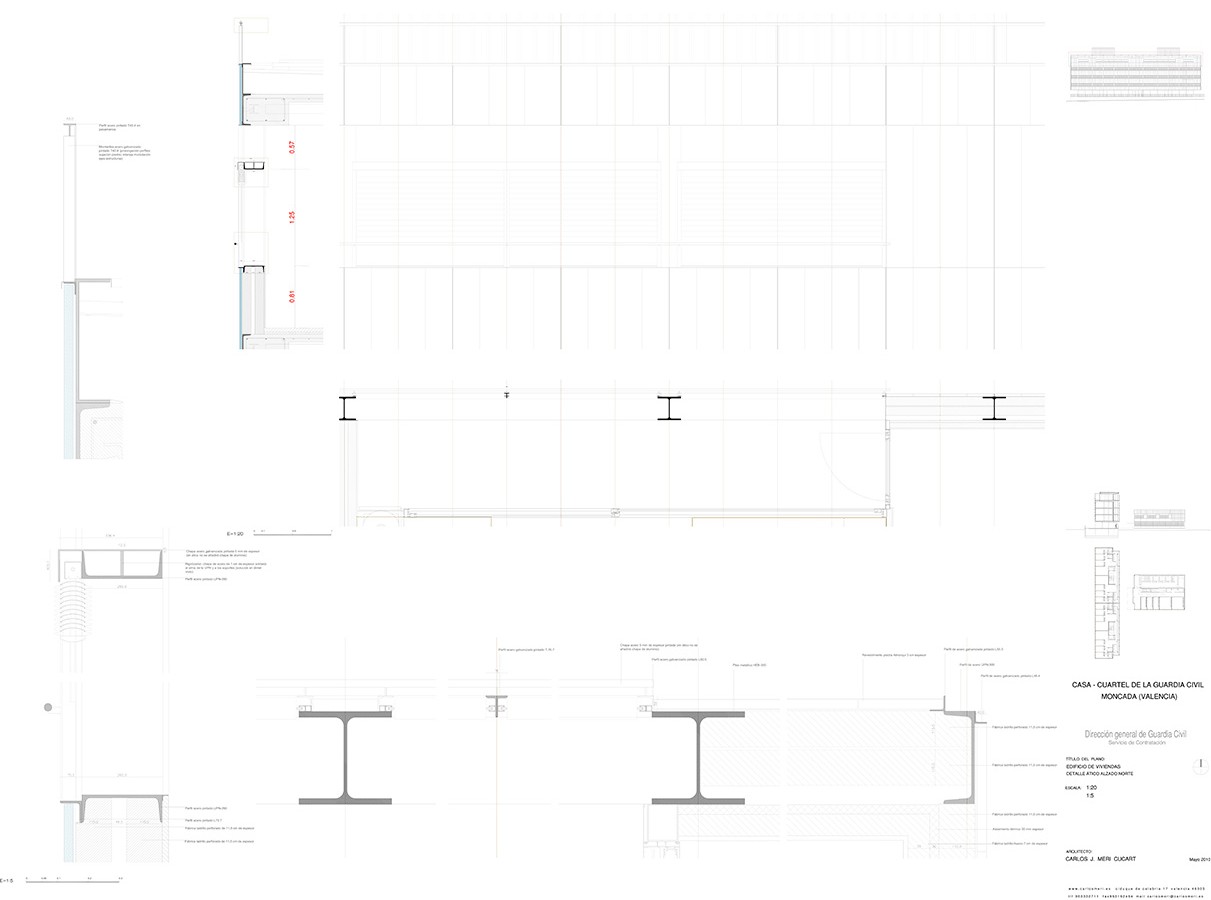 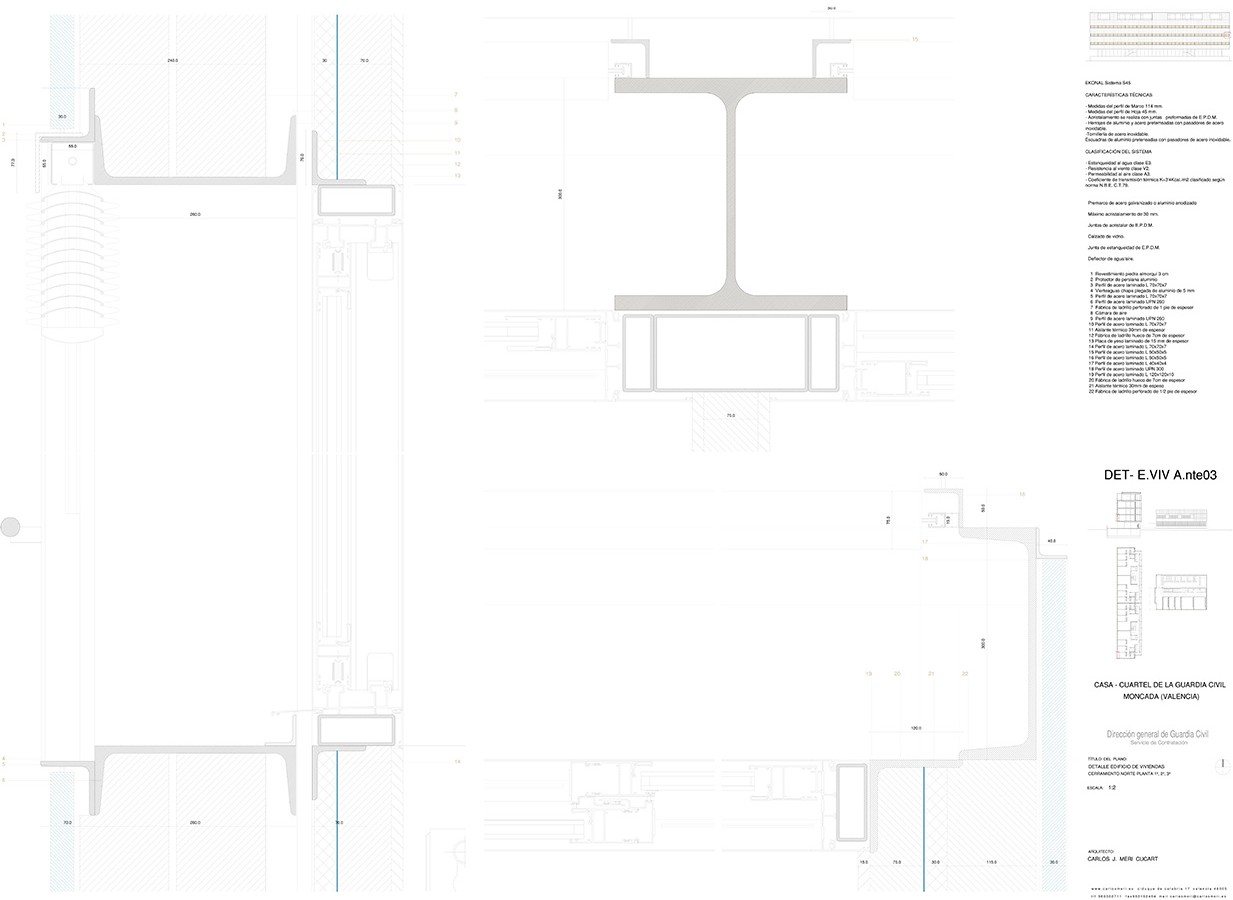 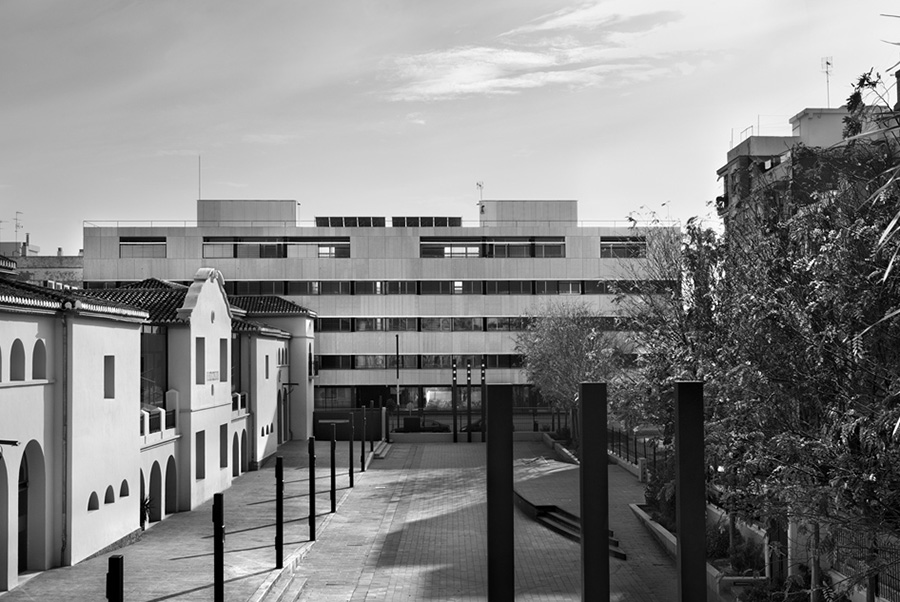 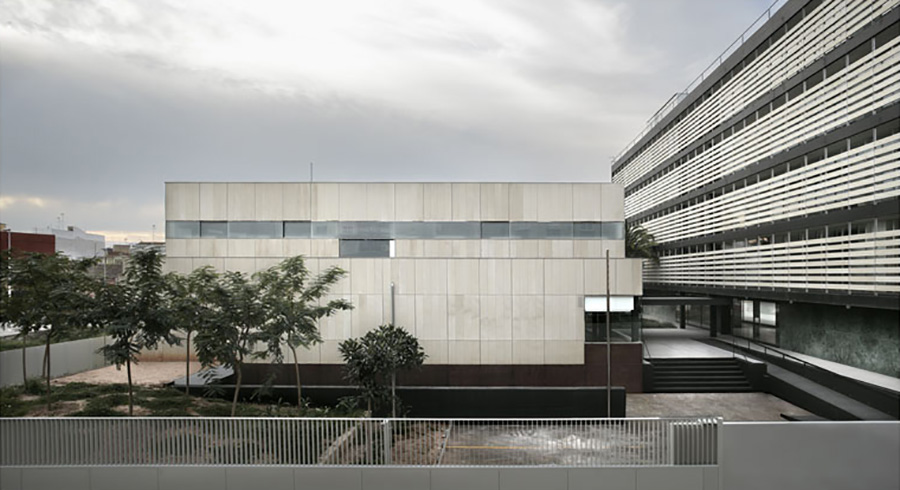 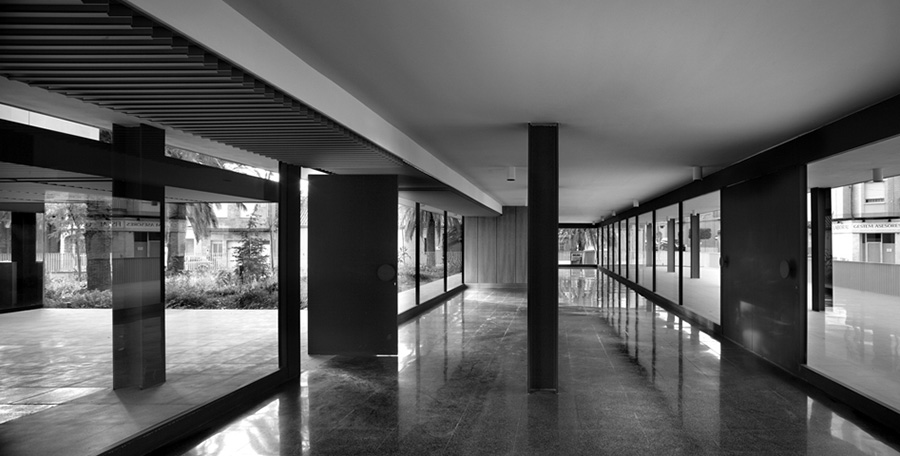 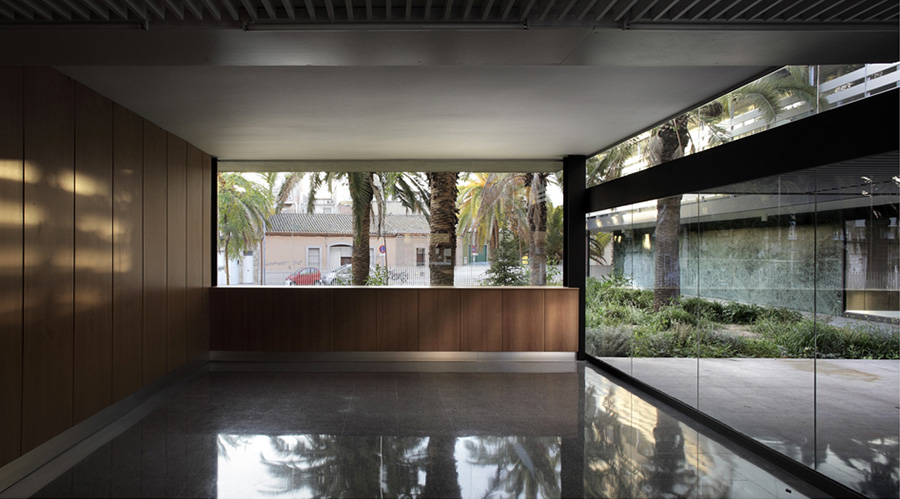 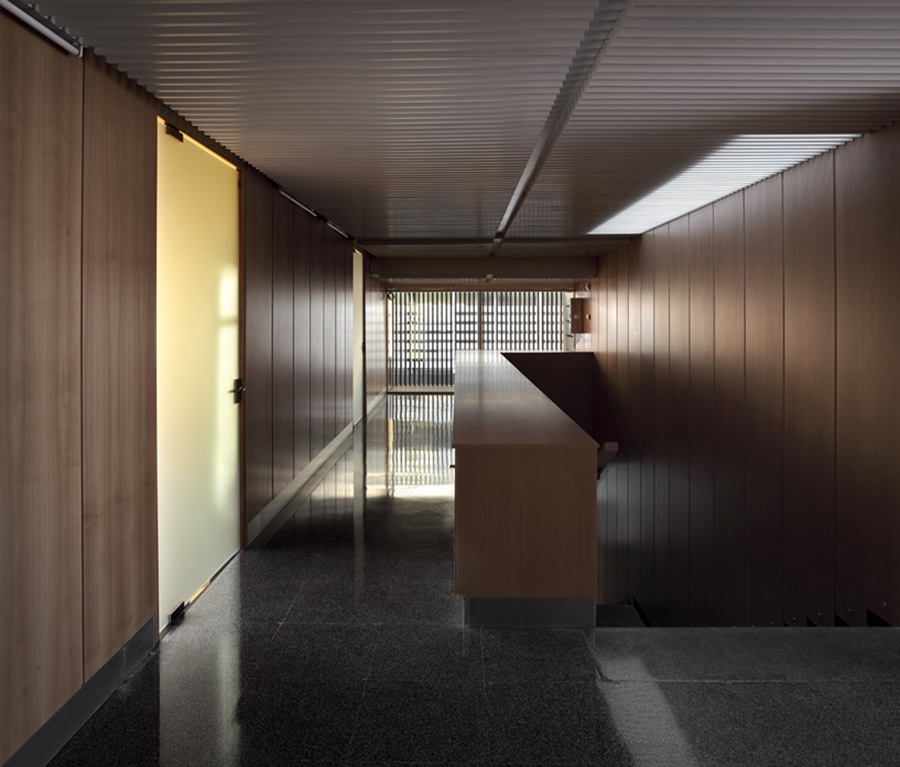 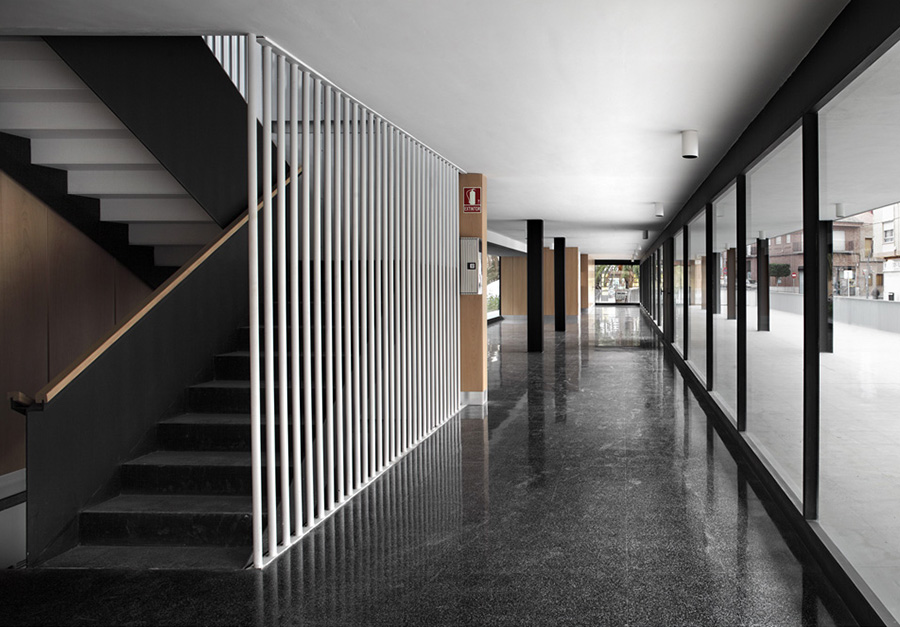 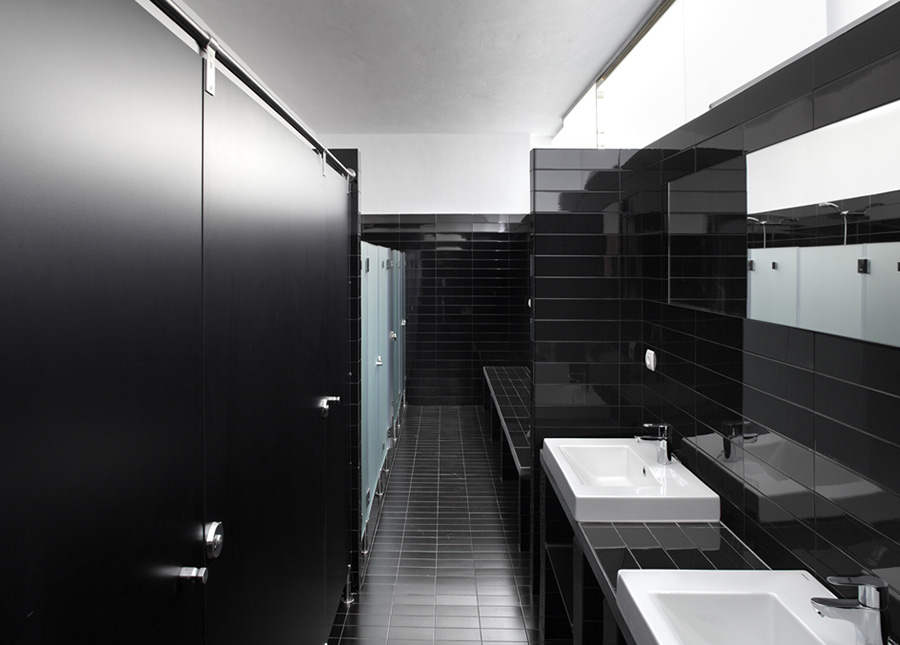 Recommending party
The project has been submitted by: Carlos Meri Cucart, architect

The project explores the possibilities of its simplicity and using language and based on the historical avant-gardes of the twentieth century types, can develop a content architecture that involves an evolution of such architectures.

It starts from the intuition that still has not been deepened in all its possibilities, not so much in search of a new language, and the need to improve its construction.

This involvement with these architectures, do prevail as key insertion into the urban environment, which involves the maintenance of vegetation in the plot, and the use that the evolution of the industry has been given; always on the search for maximum rationality in all its versions. Economic rationality, structural rationality AND ENERGY rationality.

That is why this architecture represents for its author, even n a road trip not quite where it is confident that a more refined visual means based on the architectural culture of XX and XXI century.

In a context of economic constraints, history teaches us that those models are based on rationality which allow the architecture to be an Art UTILITAS., Understanding this concept not only as the program and functionality, but on the basis of meeting basic human needs. That is why the housing in its multiple meanings is being sequira basis of evolution ARCHITECTURE

PLANIMETRY.
The object of labor, the result of a contest of ideas was based on the realization of social housing yu 16 offices for the staff of the Civil Guard under the Ministry of Interior.

The plot showed the existence of a plantation of palm trees and trees. His position was crucial for the proposal to preserve all tree plantations.

With an occupancy rate of 50%, the construction of housing is developed in four floors pen block 60 meters long and 10 meters wide.

Giving Square April 25 in the north facing facade of the block develops in a way which gives modulates a base module of 1.25 meters all habitable premises overlooking the plaza where the Conservatory of Music is located is ordered.

South facade organizes parts and kitchen, and bathrooms and an unorthodox arrangement of the stairwell, which subsequently develop, allowing the input light sifted South service areas.

PLANT PROPERTY TYPE.
In order to obtain the highest quality of construction and materials to use, it has sought the maximum rationality in the distribution of housing. Creating a nucleus of facilities including bathrooms and kitchens in a reduction of more than 50% of the cost of distribution and evacuation of water facilities and electricity is achieved.

By the arrangement and construction of the ladder by means of steel plates, all facilities of the building are recordable, both inside the houses as general building. attention on this provision of the stairways is called the geometric arrangement being supported by concrete diaphragm walls of the elevators, which are the basis for implementation of the building.

Thus internal variations in the distribution do not affect its exterior and the layout of the facility configuration, allowing at the time the maximum flexibility and transparency of the interior of the plant type, articulating stays bedrooms, a dining room Be.

The whole plant is based on a strict modulation of 1.25, based on the modulation of structure 5 meters, 6.25, 2.50 lateral overhangs, to compensate the efforts of Pilar de Esquina, always problematic in any building Prisms Pure rectangular.

STRUCTURE.
The base of the structure is PILLARS HEB 240, integral with the front plane of serving as a basis for the construction of steel frames, based on the aluminum frames. Its facade arrangement allows mass closings of high thermal inertia, with total thickness of 40 factories enclosures WHO.

This rationality of facilities based on strict geometric order structure allows modulation of all elements of construction, stone cladding units 30X1.65 and 1X2.50 module based carpentry, partitioned 2/1 between folding and fixed parts.