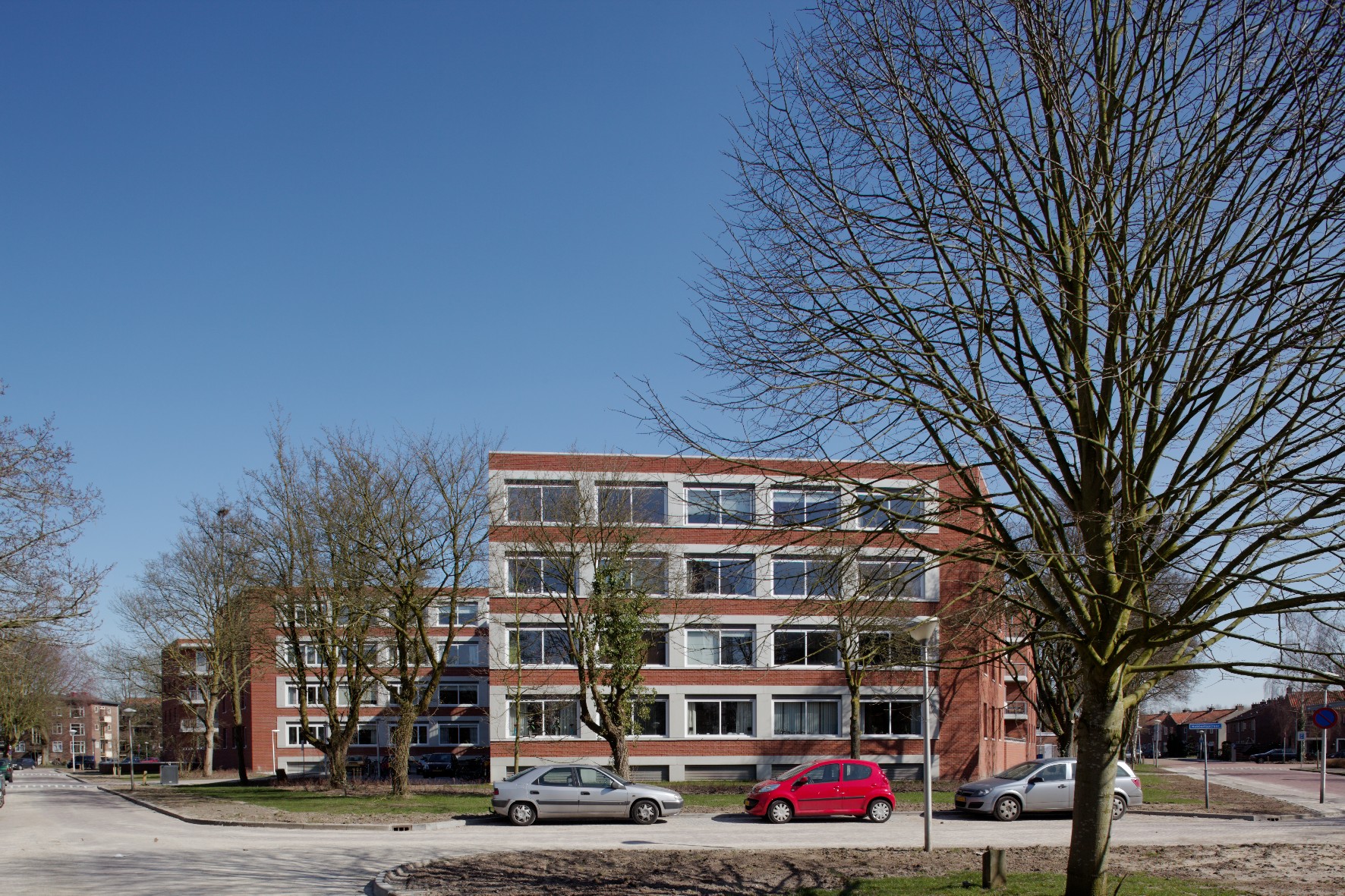 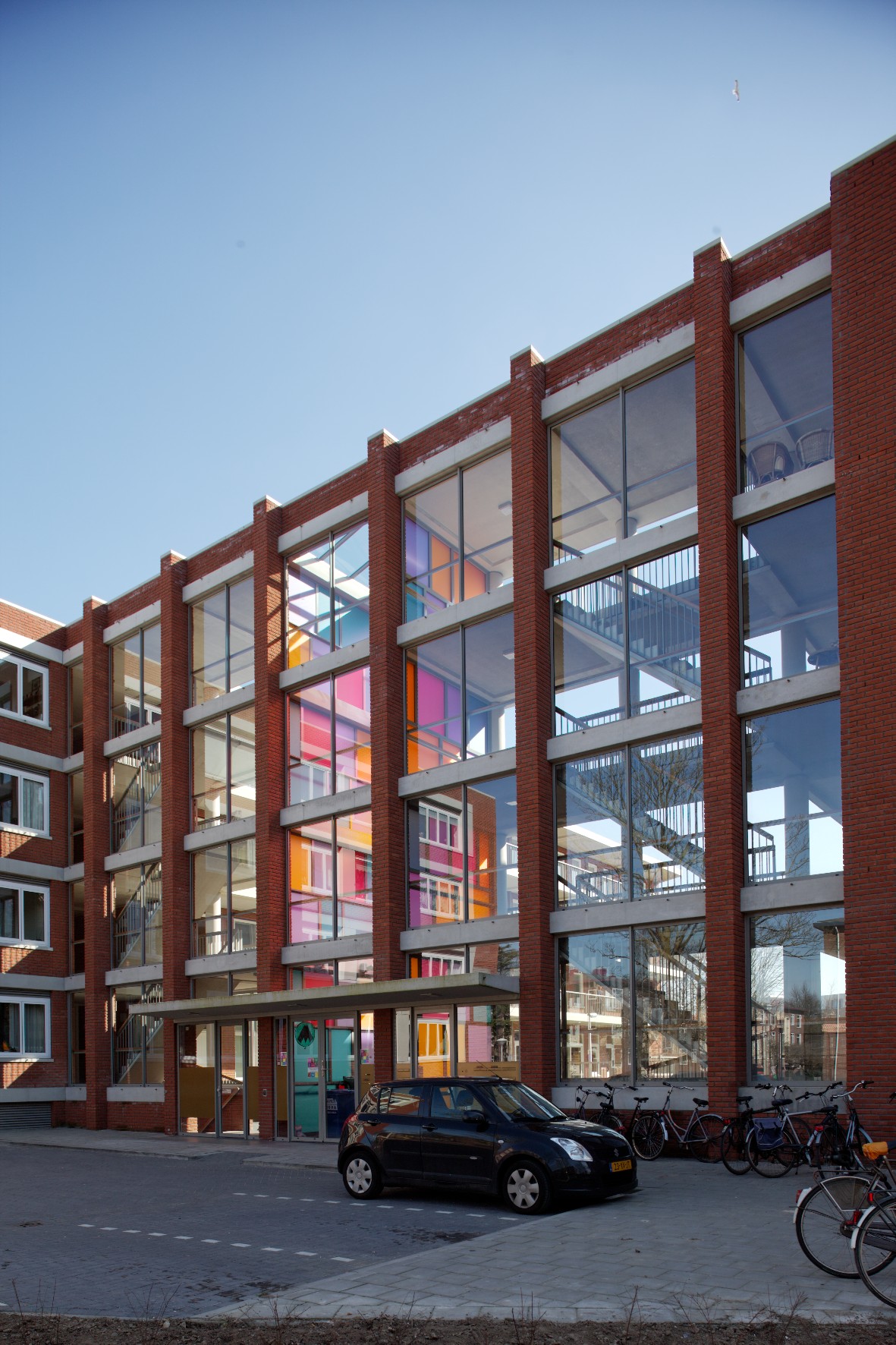 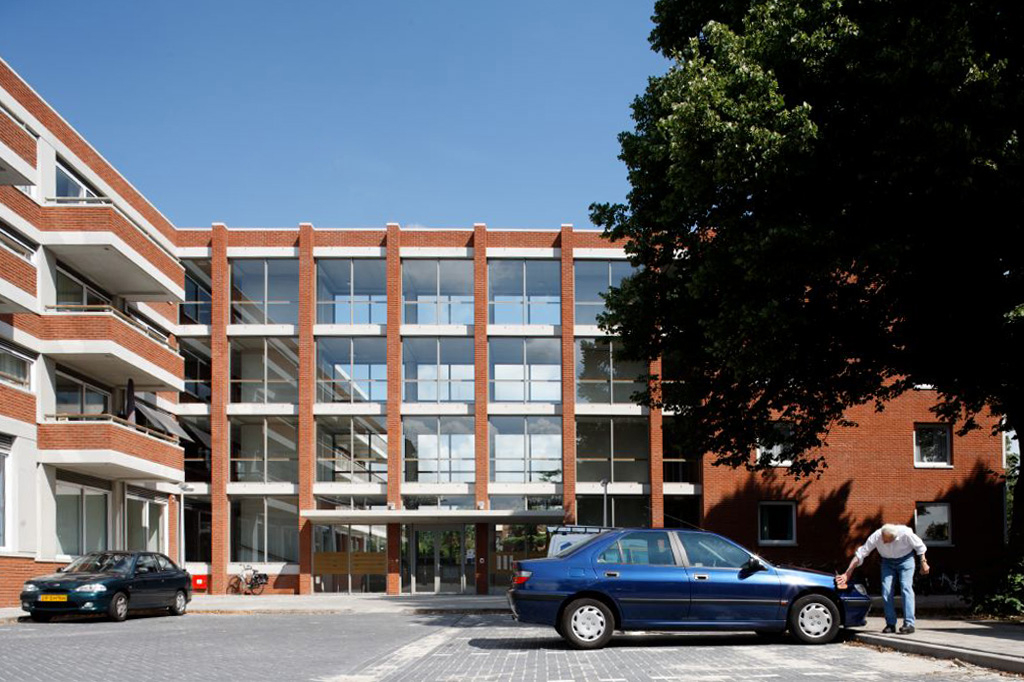 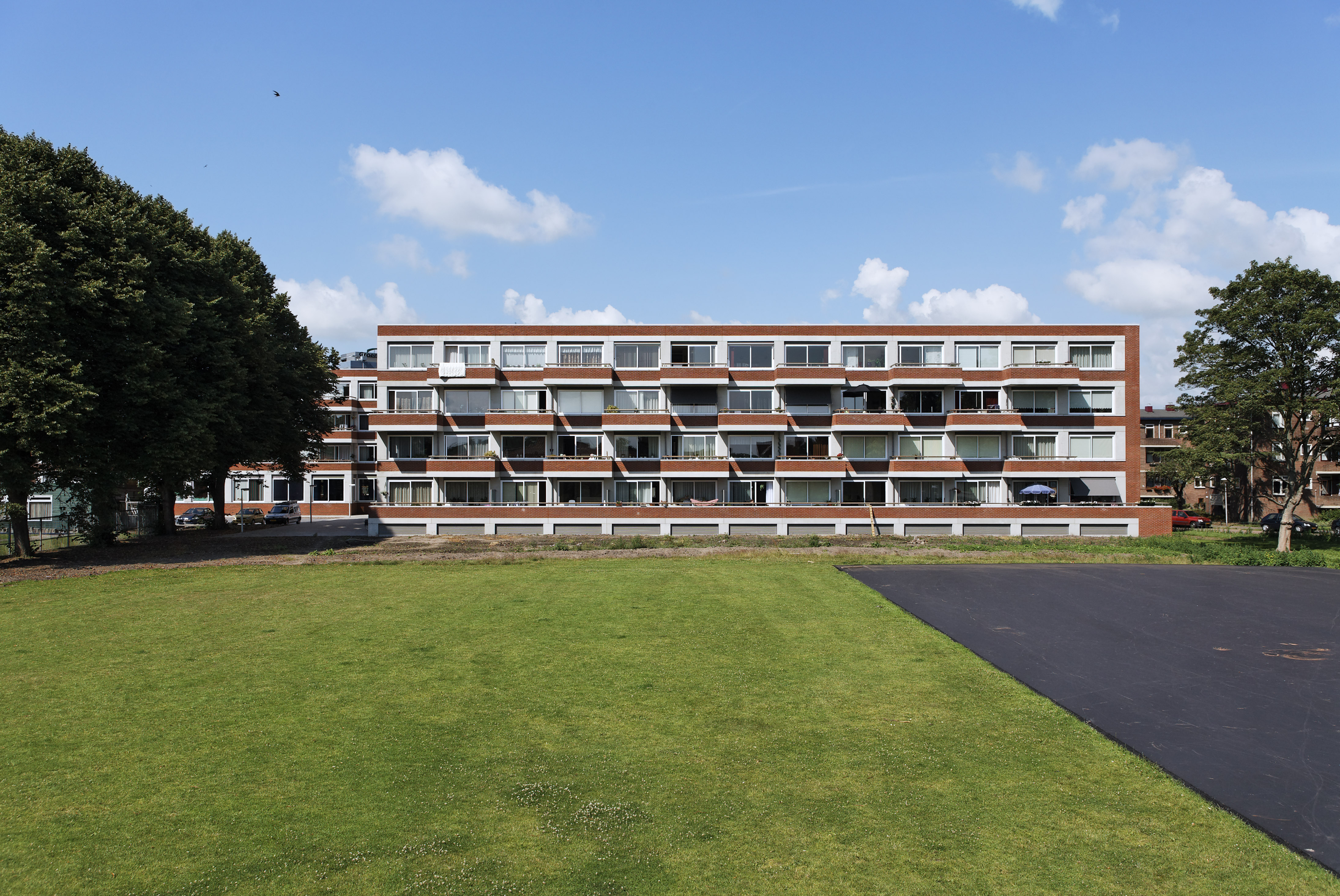 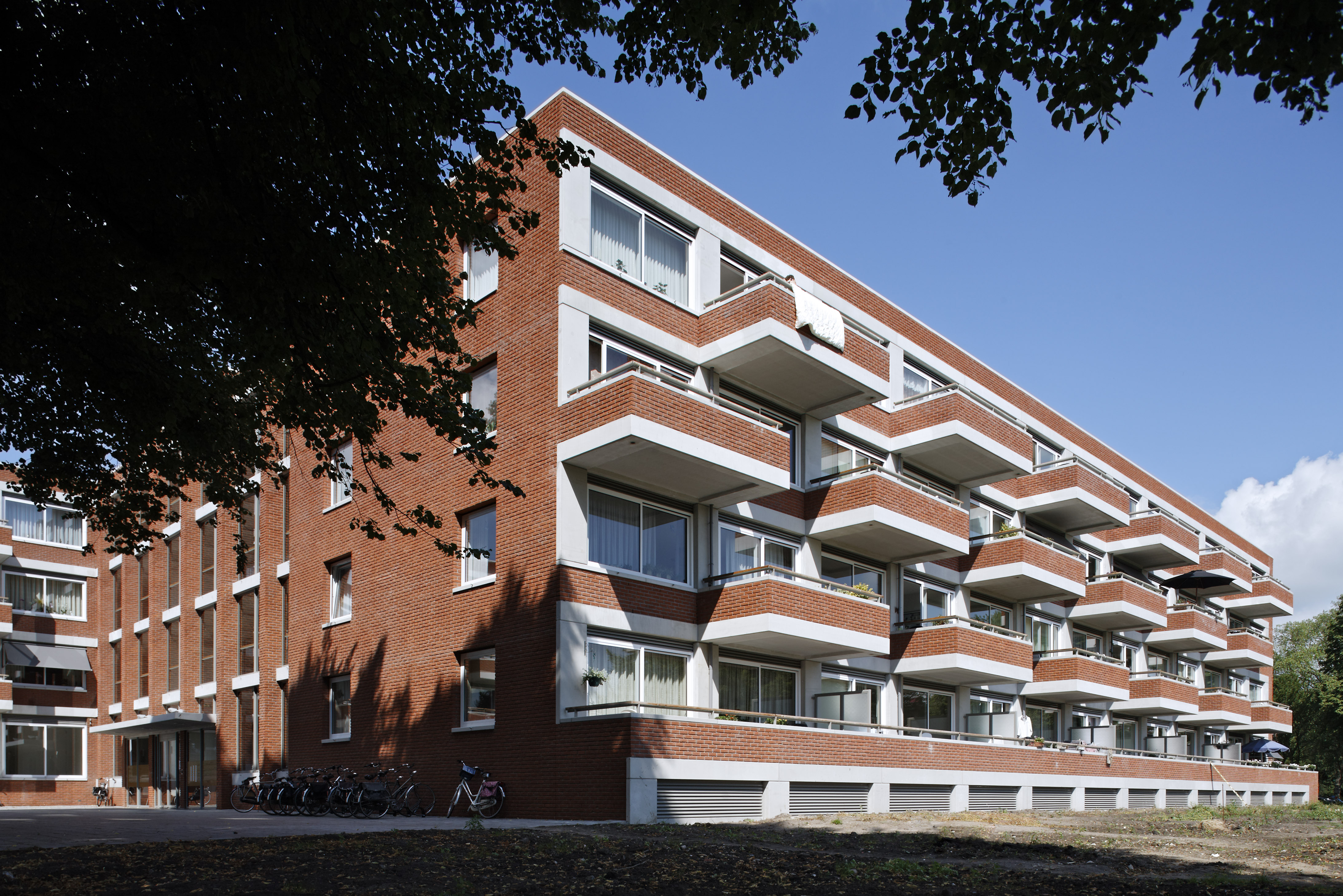 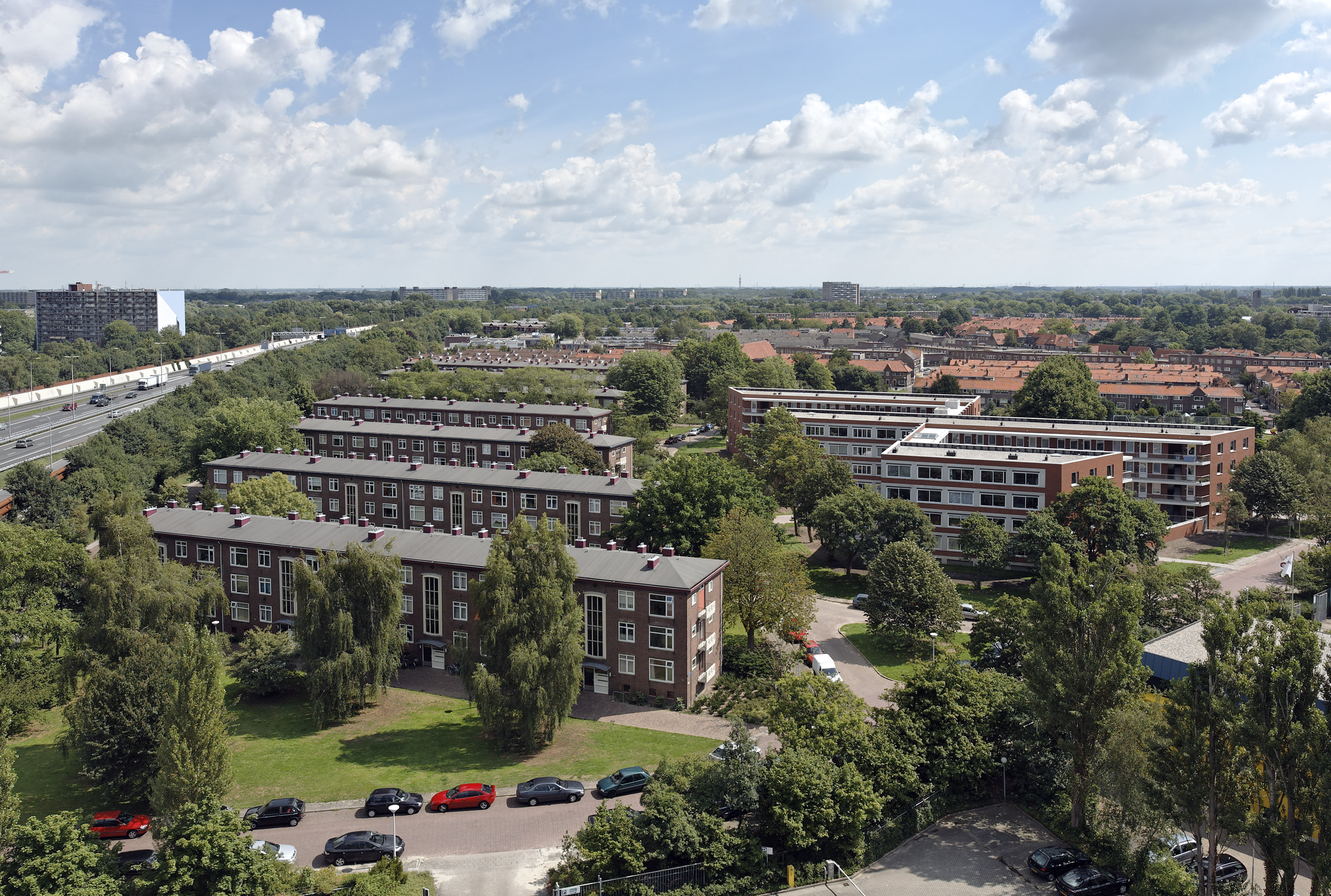 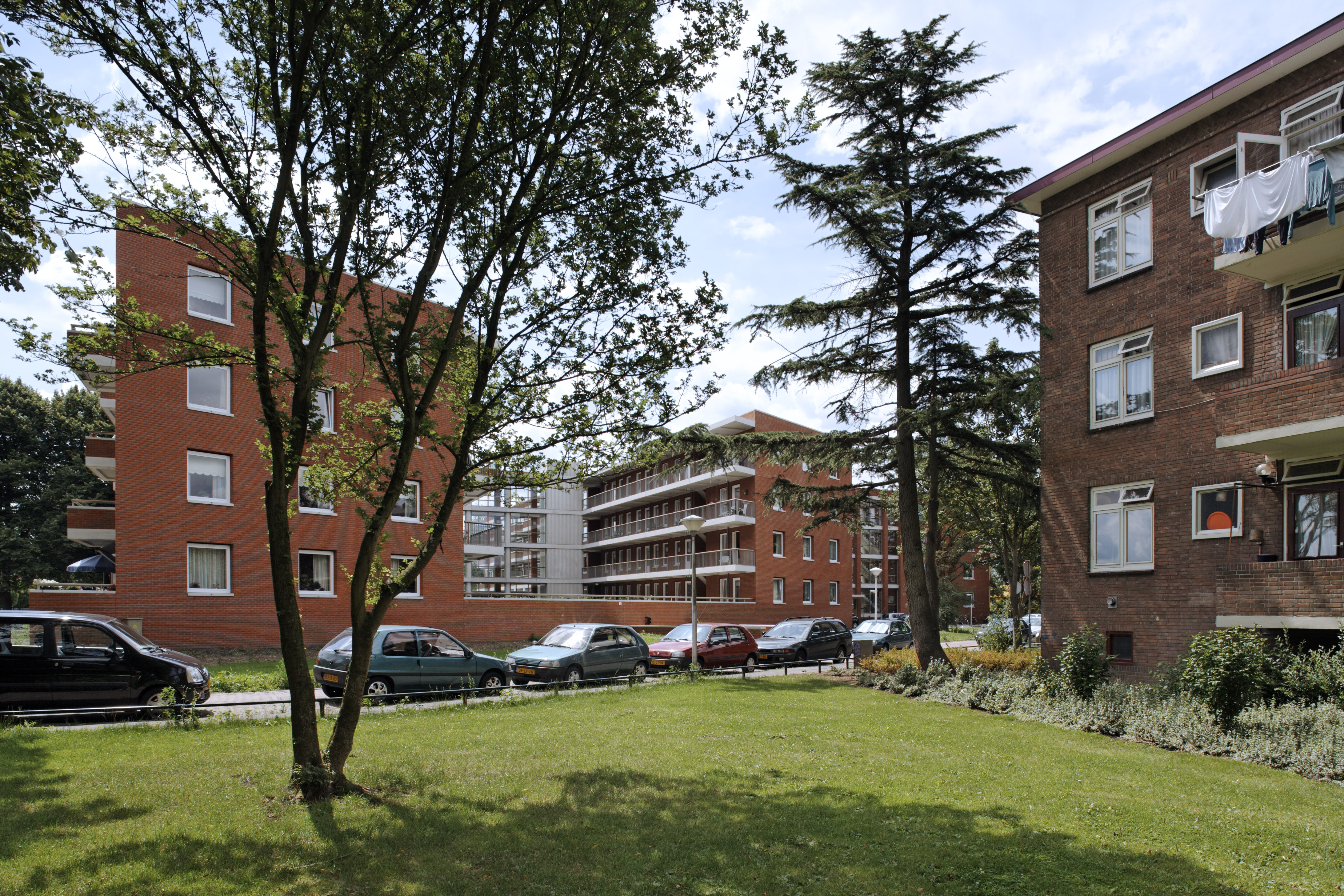 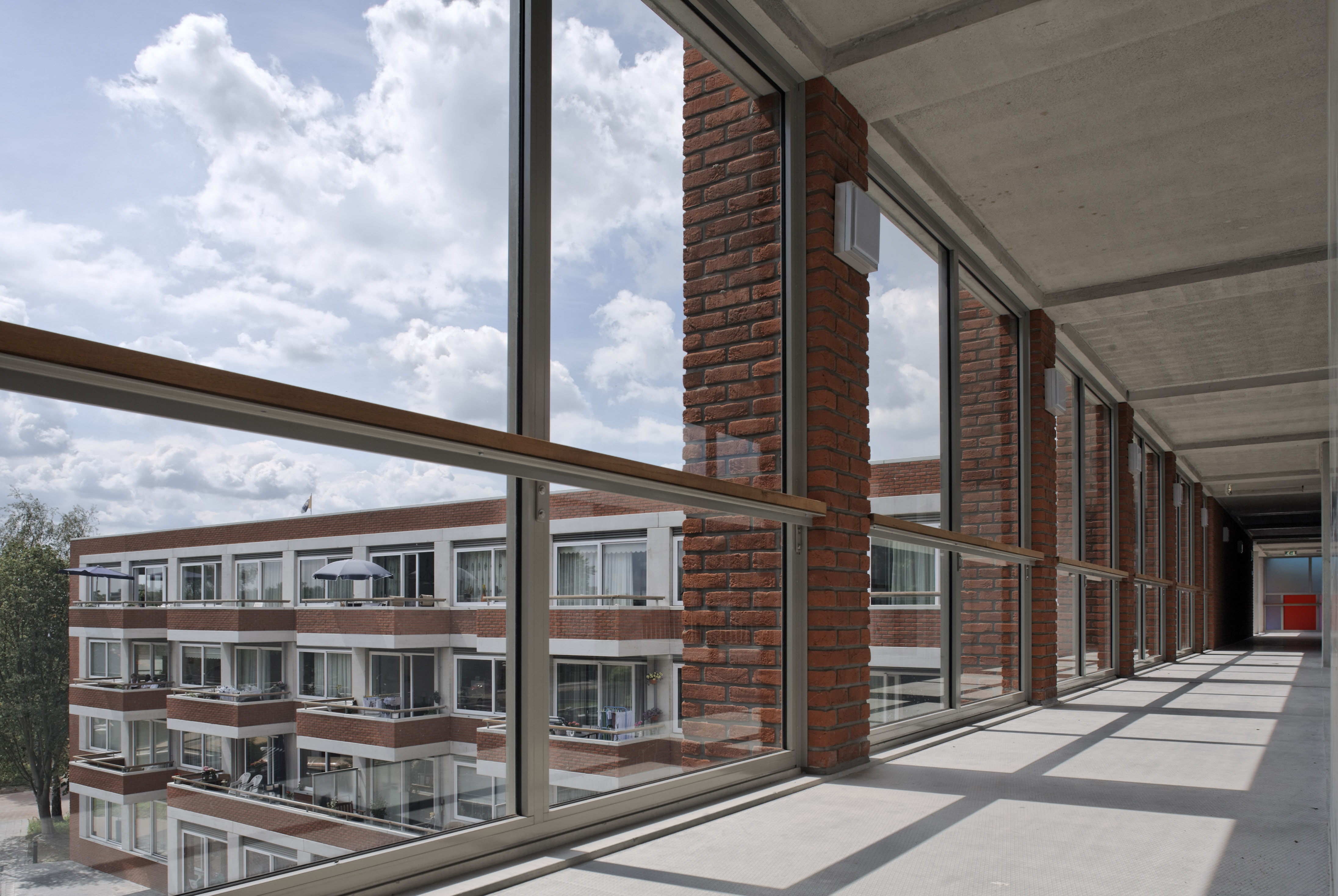 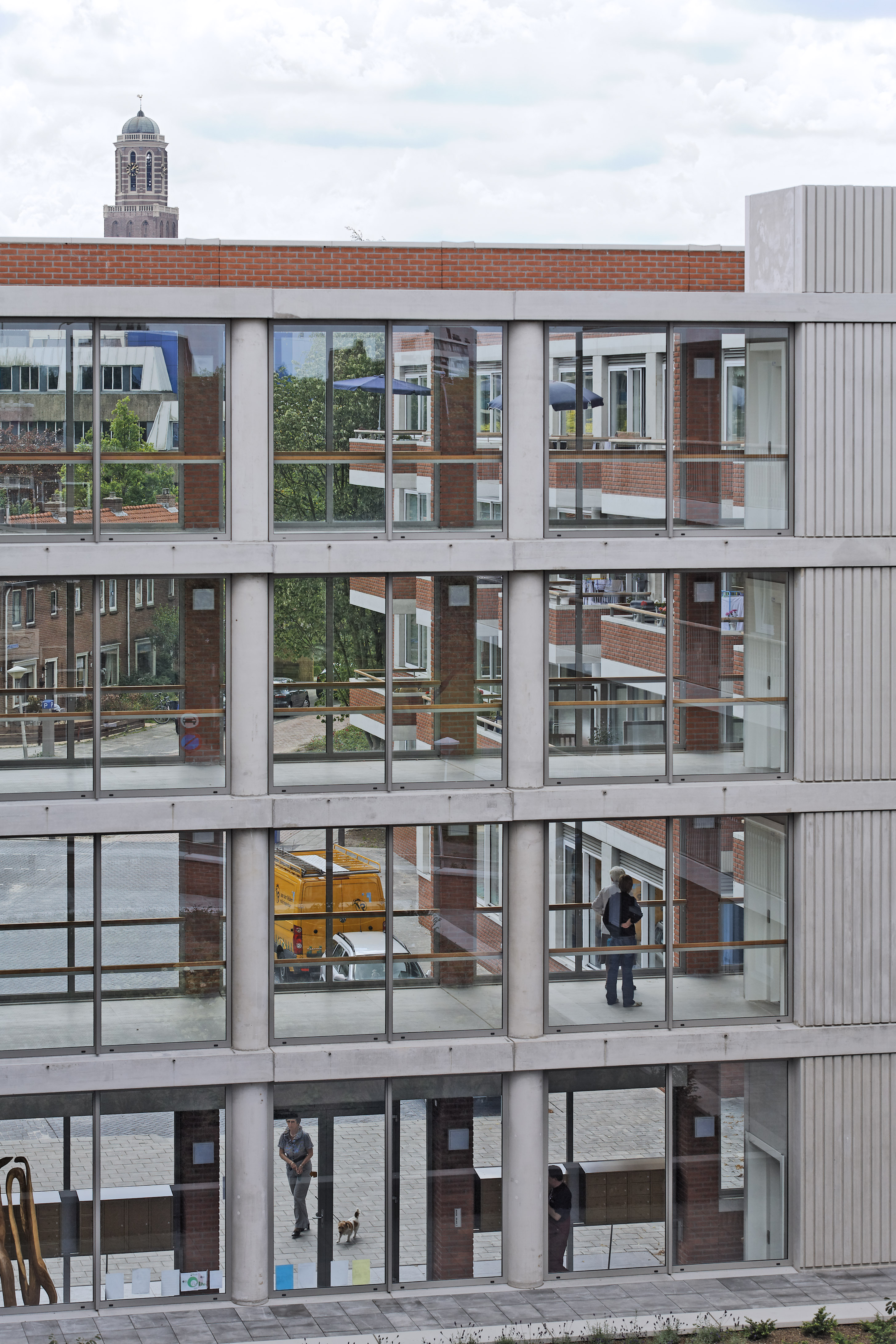 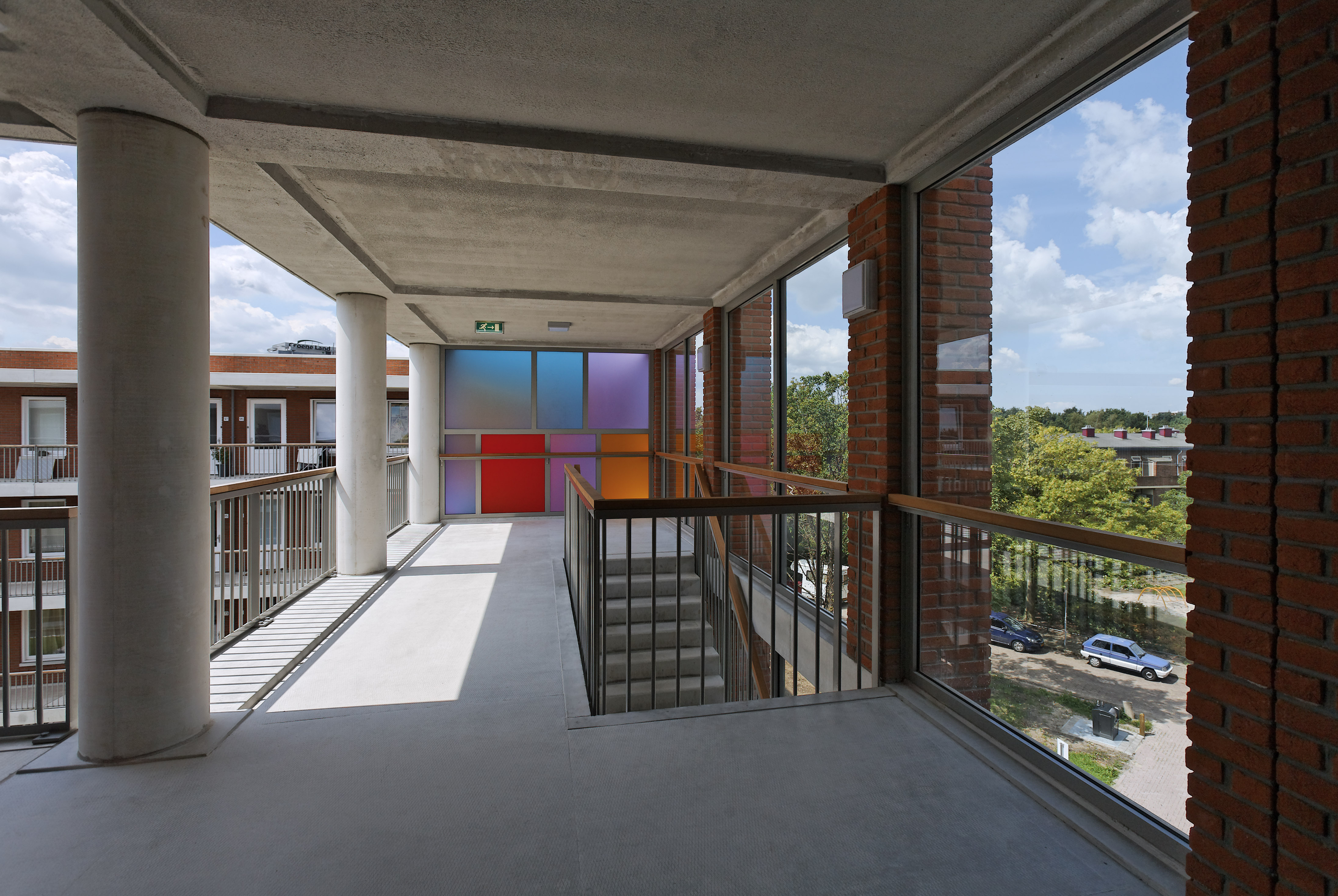 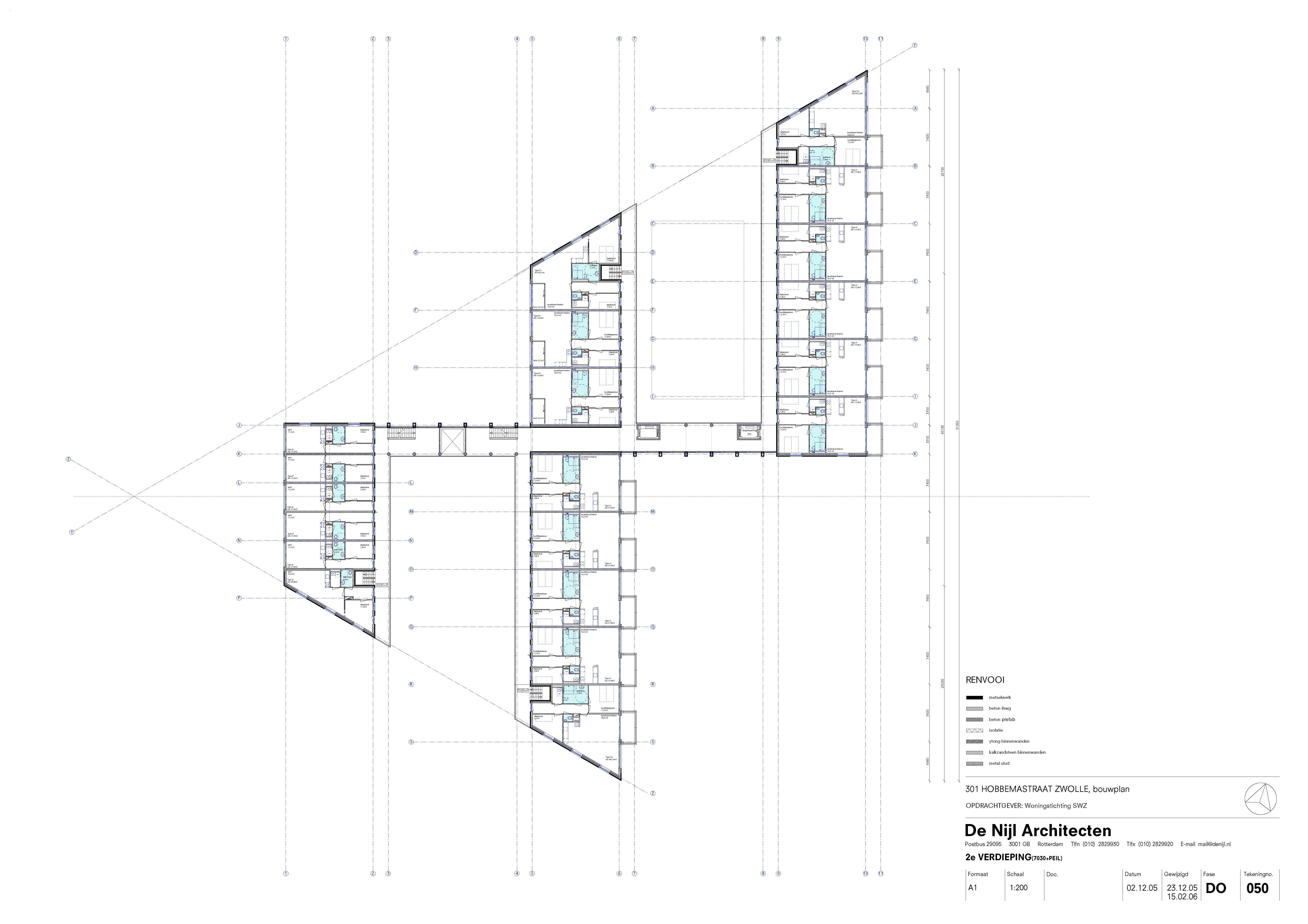 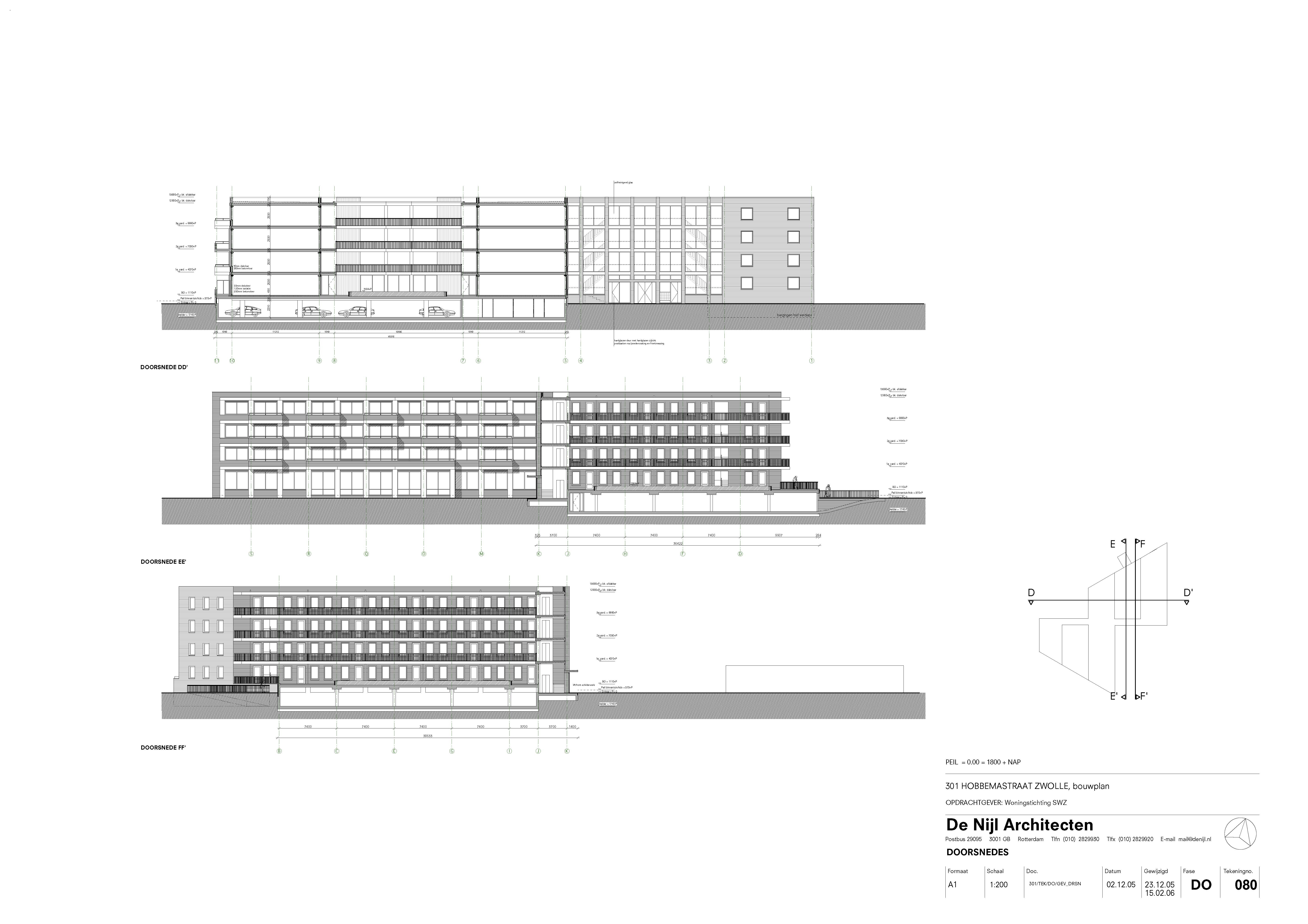 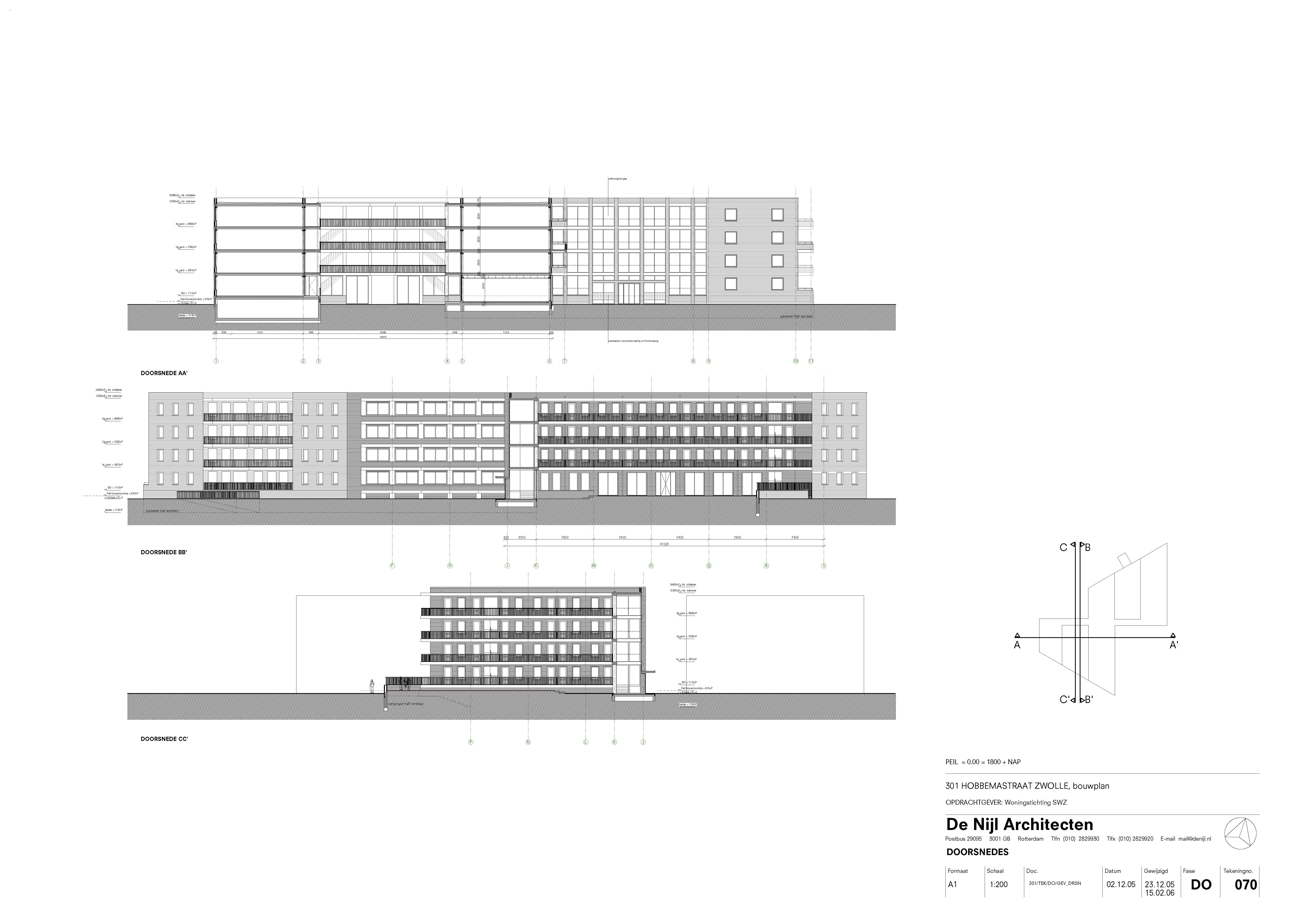 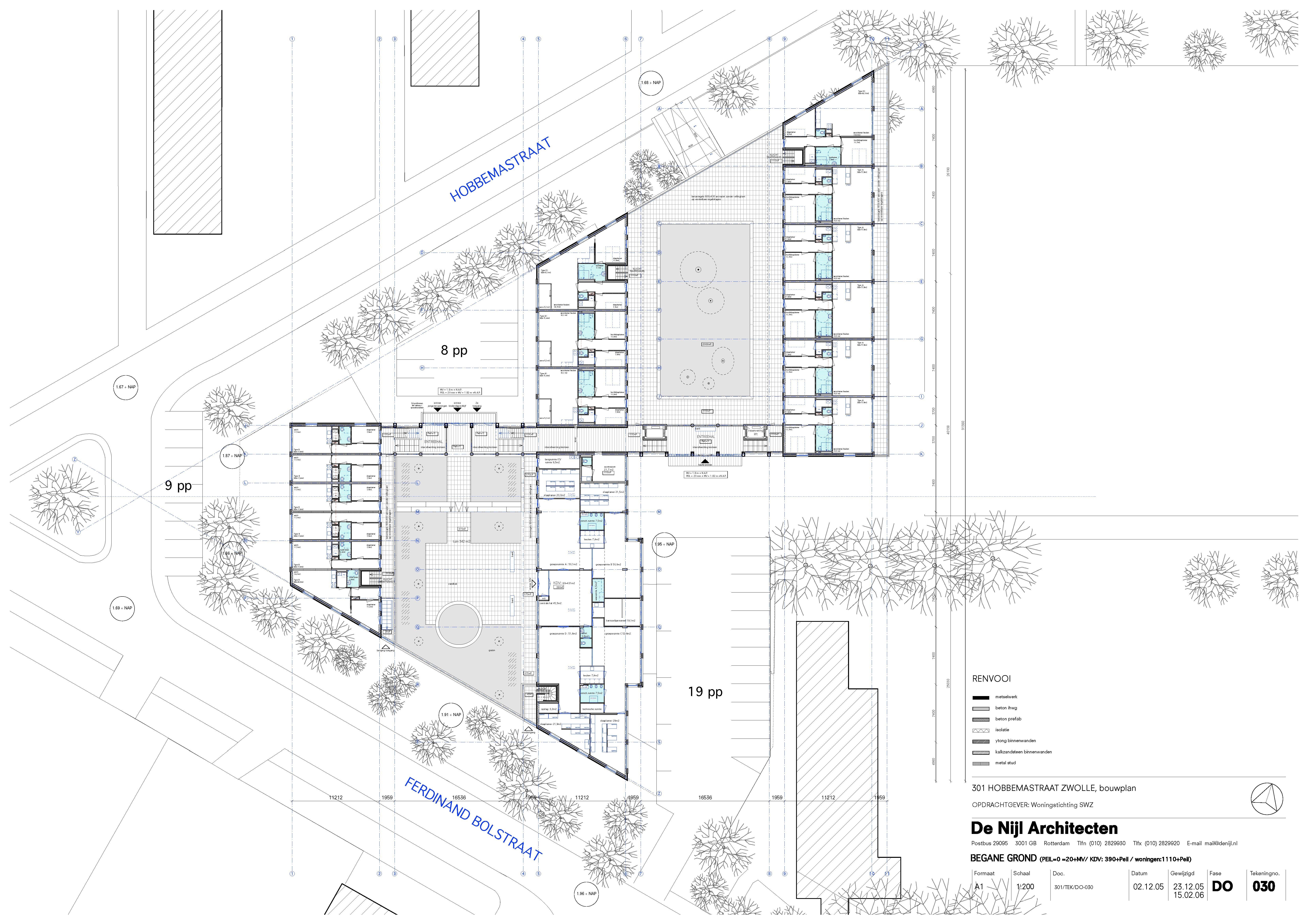 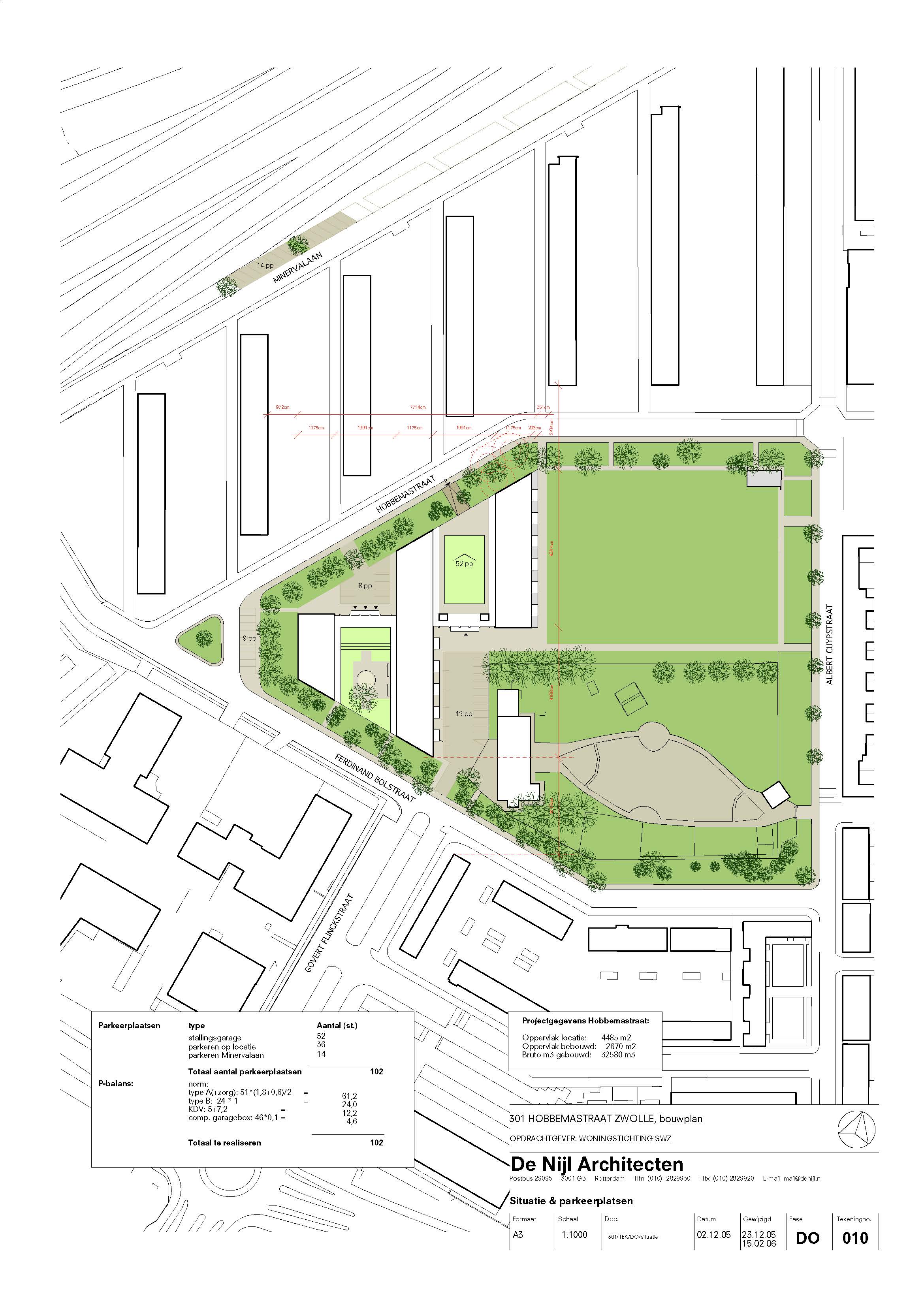 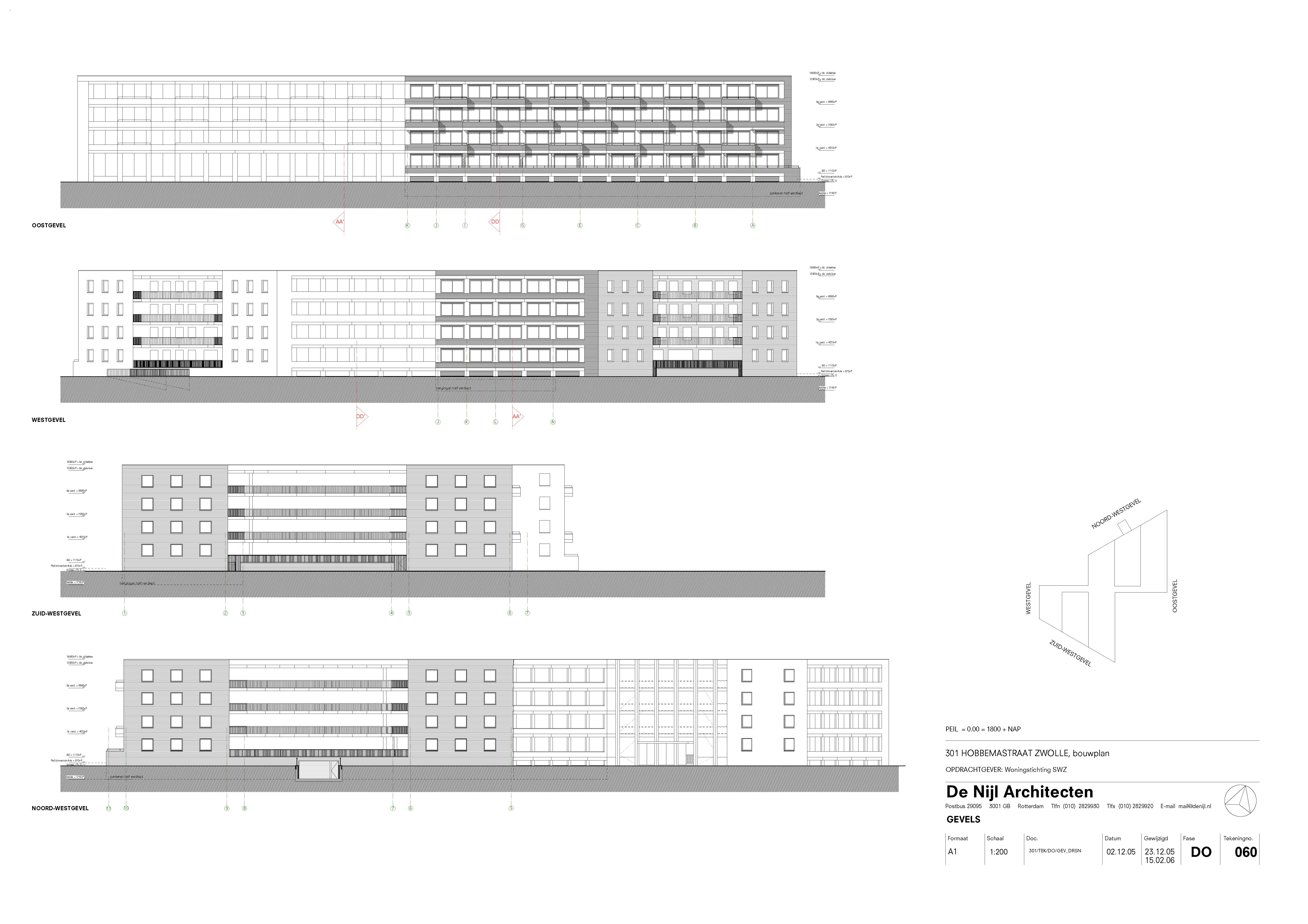 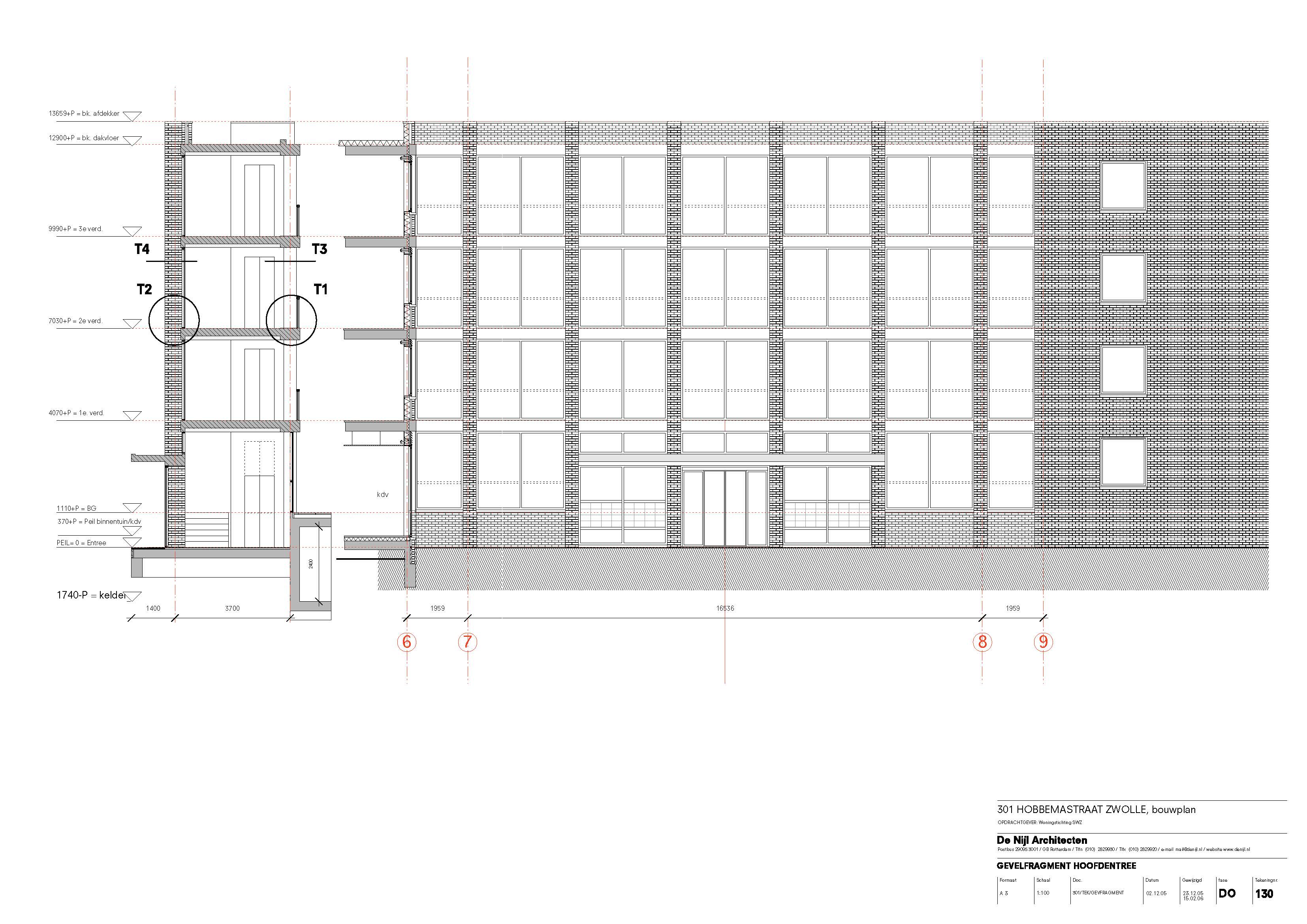 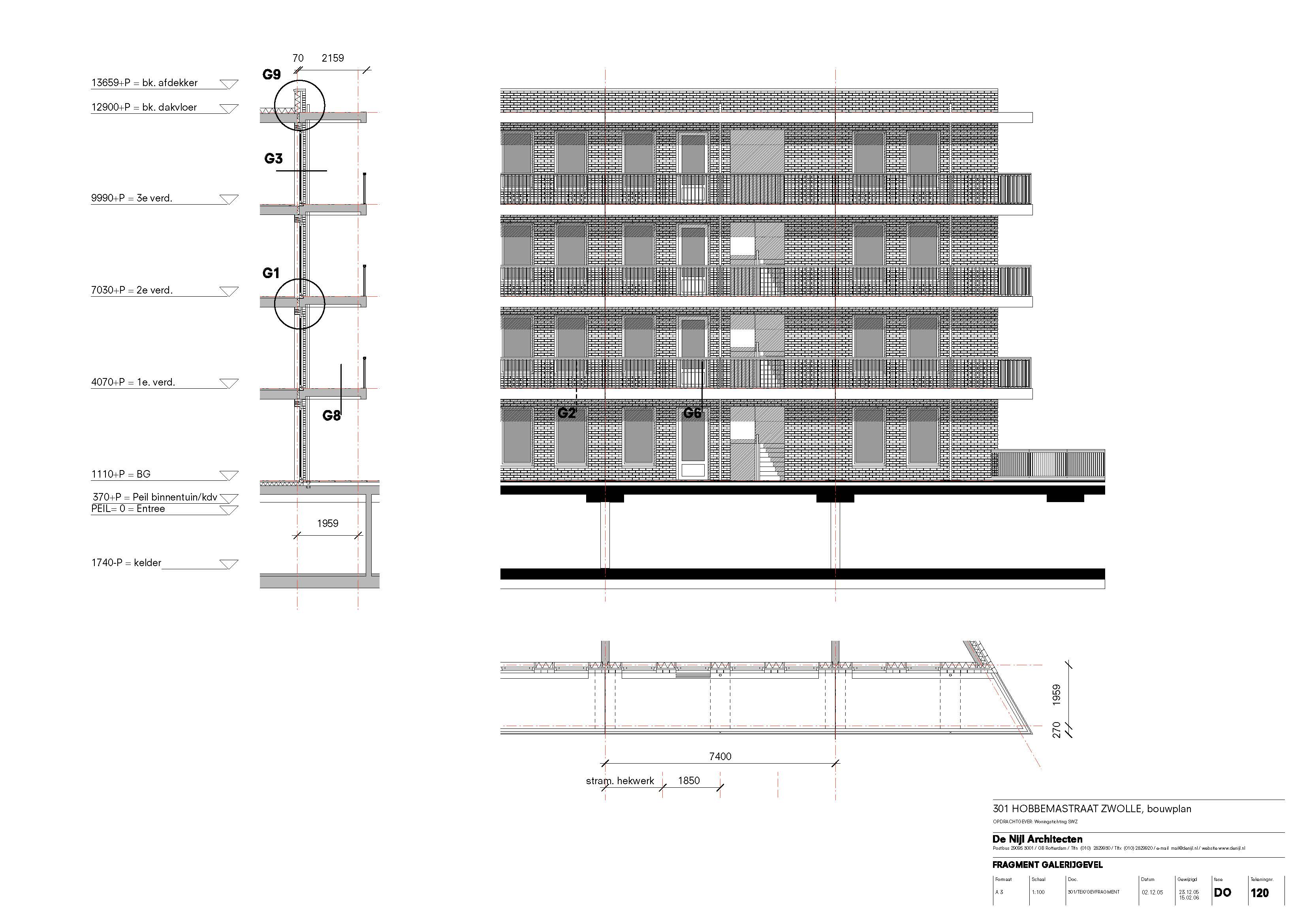 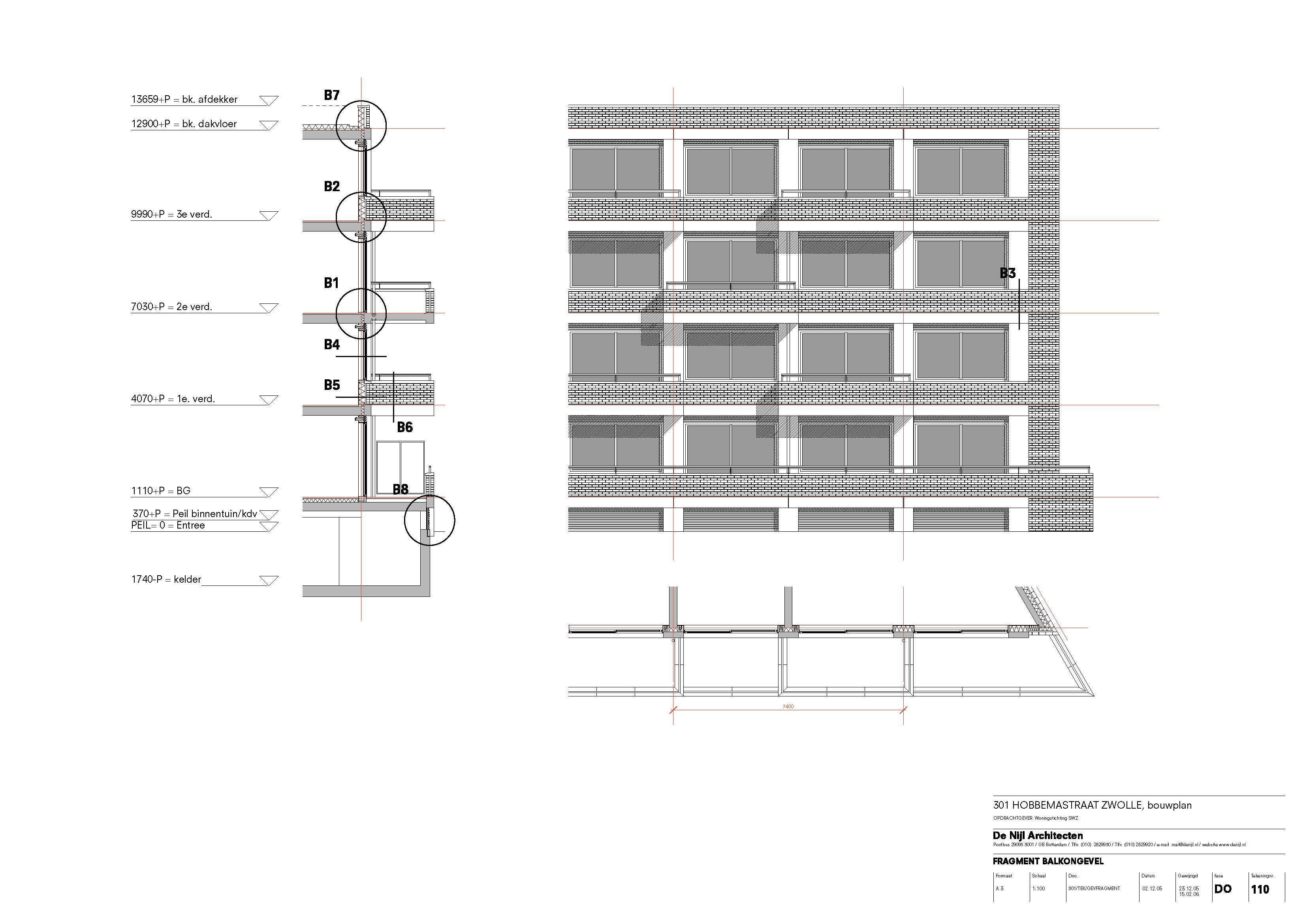 The brief was to prepare a plan for developing roughly 70 dwellings on a restructuring location in the middle of the Dieze residential area in Zwolle. Dieze was built in the 1930s and 1950s and lies immediately adjacent to the city centre of Zwolle. The neighbourhood is organized around a large open space containing a playground and playing field. A triangular site which formerly contained schools adjoins the central space. This is the only restructuring location in the district. In the master plan, the buildings are oriented towards the central space and fulfil requirements complementary to the neighbourhood. The development direction is derived from the central space and is at right angles to the perpendicular of the triangular development site.

The structure of the development relates to the adjacent buildings from the early 1950s: brick-built housing strips separated by quiet, green space. The built development consists of three strips of apartment building, which are linked by transparent interconnections containing staircases and lifts. This configuration yields two public entrance courts and two private courtyards. One courtyard overlies a basement car park and the other contains a child daycare centre. All the dwellings are accessed by galleries facing into the courtyards.

The apartment block consists of two programmatic sections, each of which can function independently. The first two building strips contain apartments for seniors, and the third contains small apartments for young people. Each section has its own entrance and internal access in one of the two interconnecting volumes. The loadbearing structures, facades and service ducts of the three sections are identical, however. The small apartments will be easy to combine into larger ones if required. Access to the two building sections is similarly adaptable, allowing the whole block to function as a single unit if necessary in the future.

The building shows many different faces to the outside world. The courtyards have continuous galleries, while the outside elevation is perforated. The longitudinal elevations are regular, but the end elevations are bevelled off at the site borders. The different aspects of the building are unified by the facade materials, which relates to that of the nearby early 1950s buildings: a combination of orange-red brickwork and light grey, prefabricated concrete window surrounds and exposed floor edges.