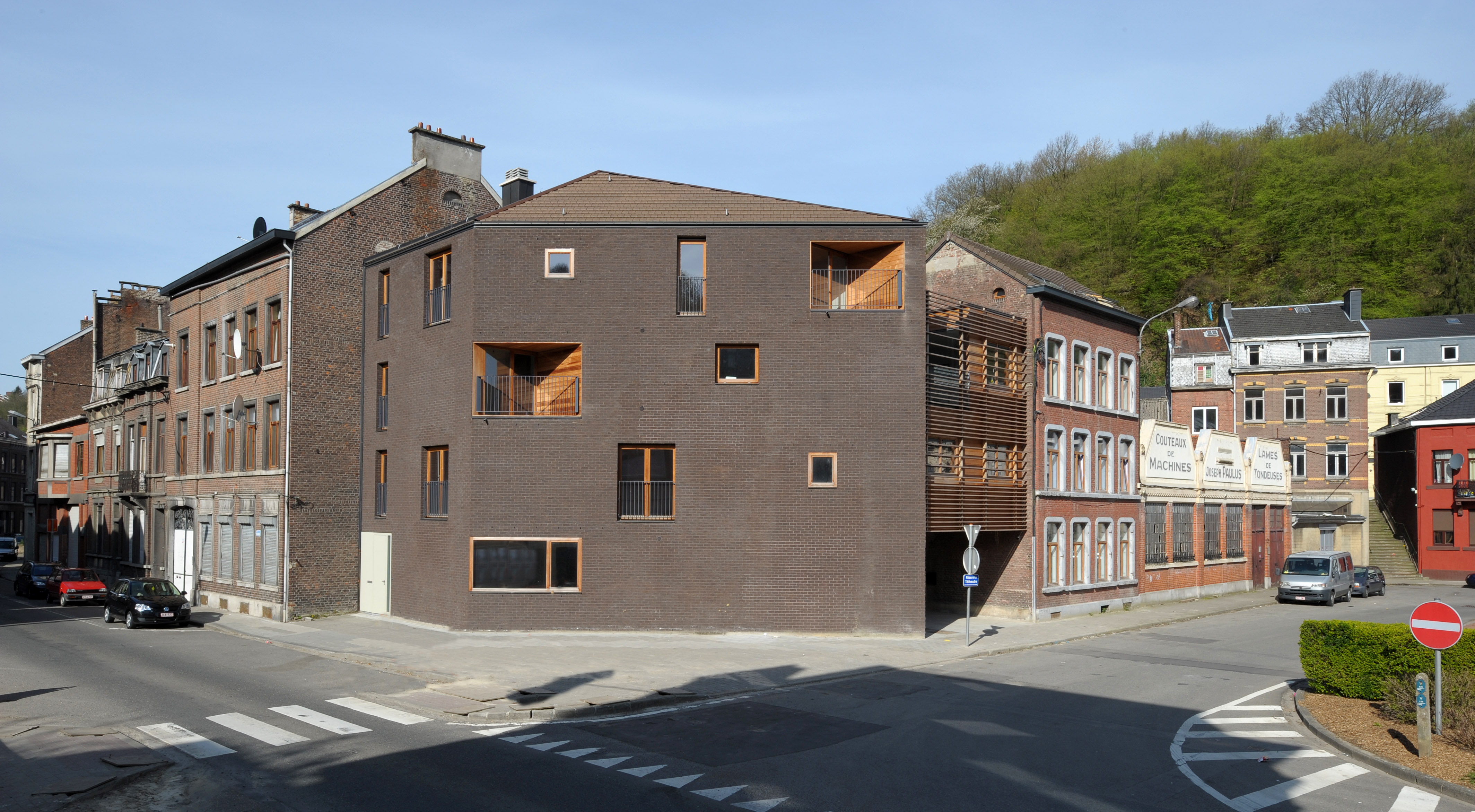 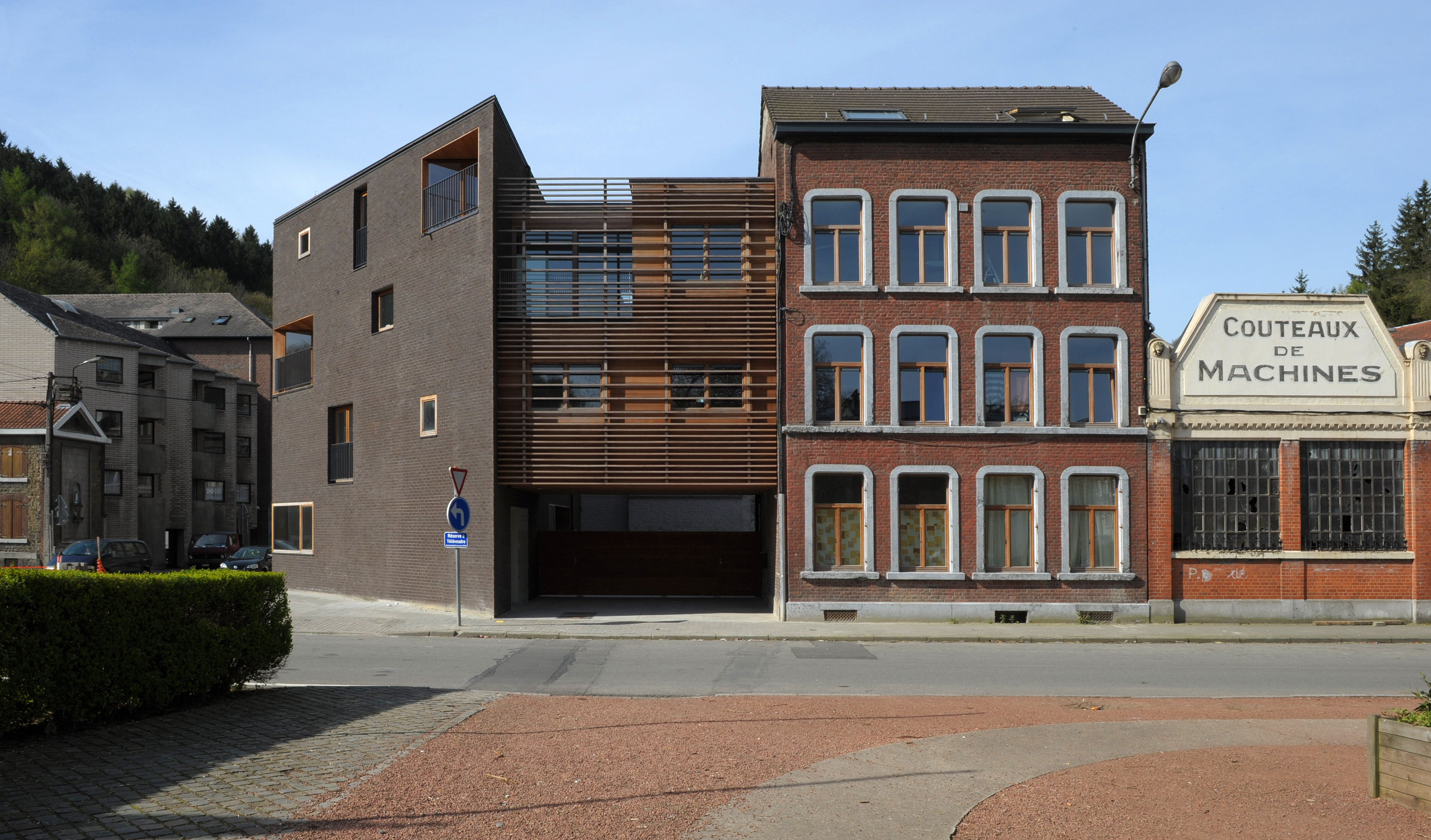 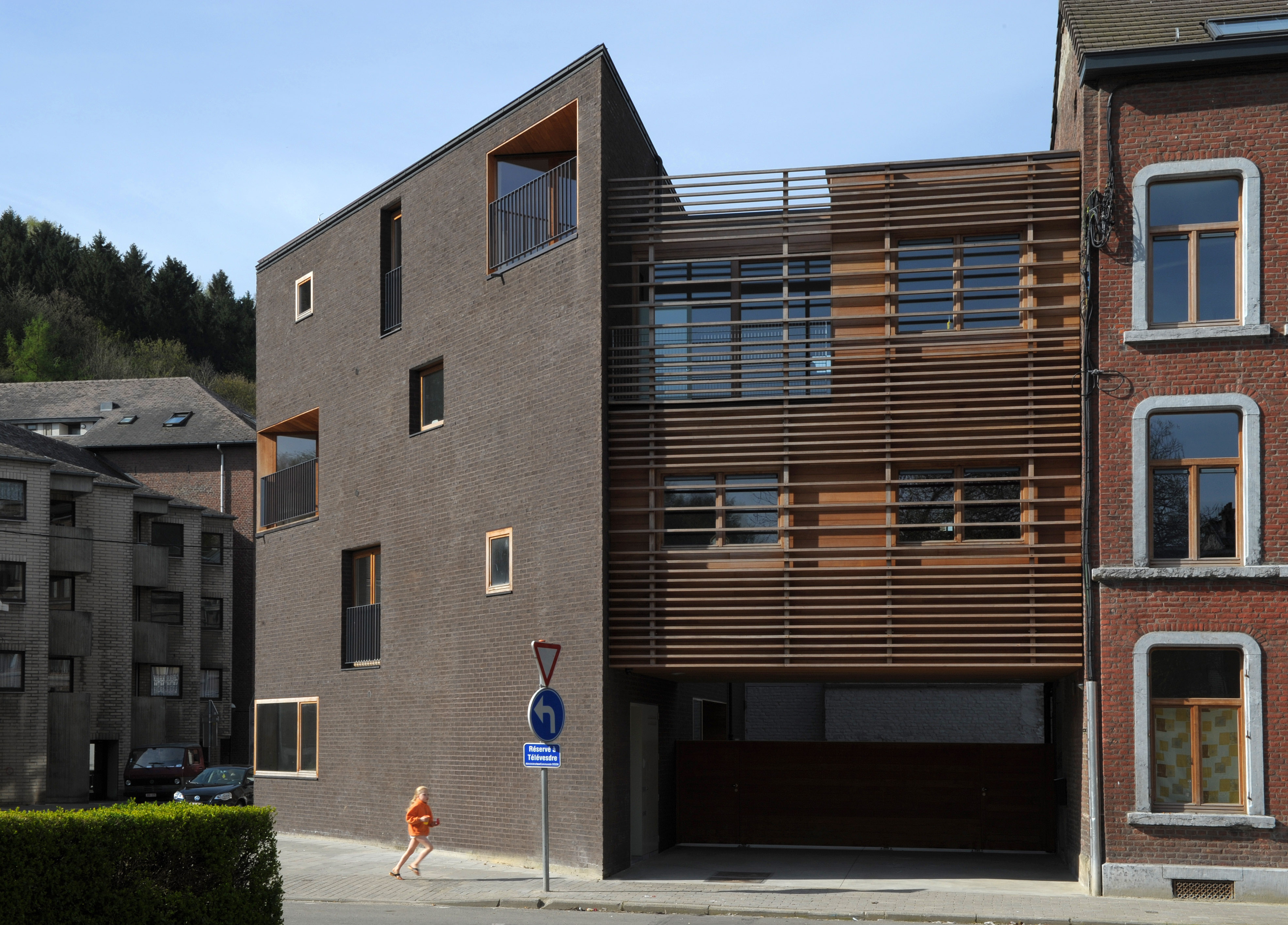 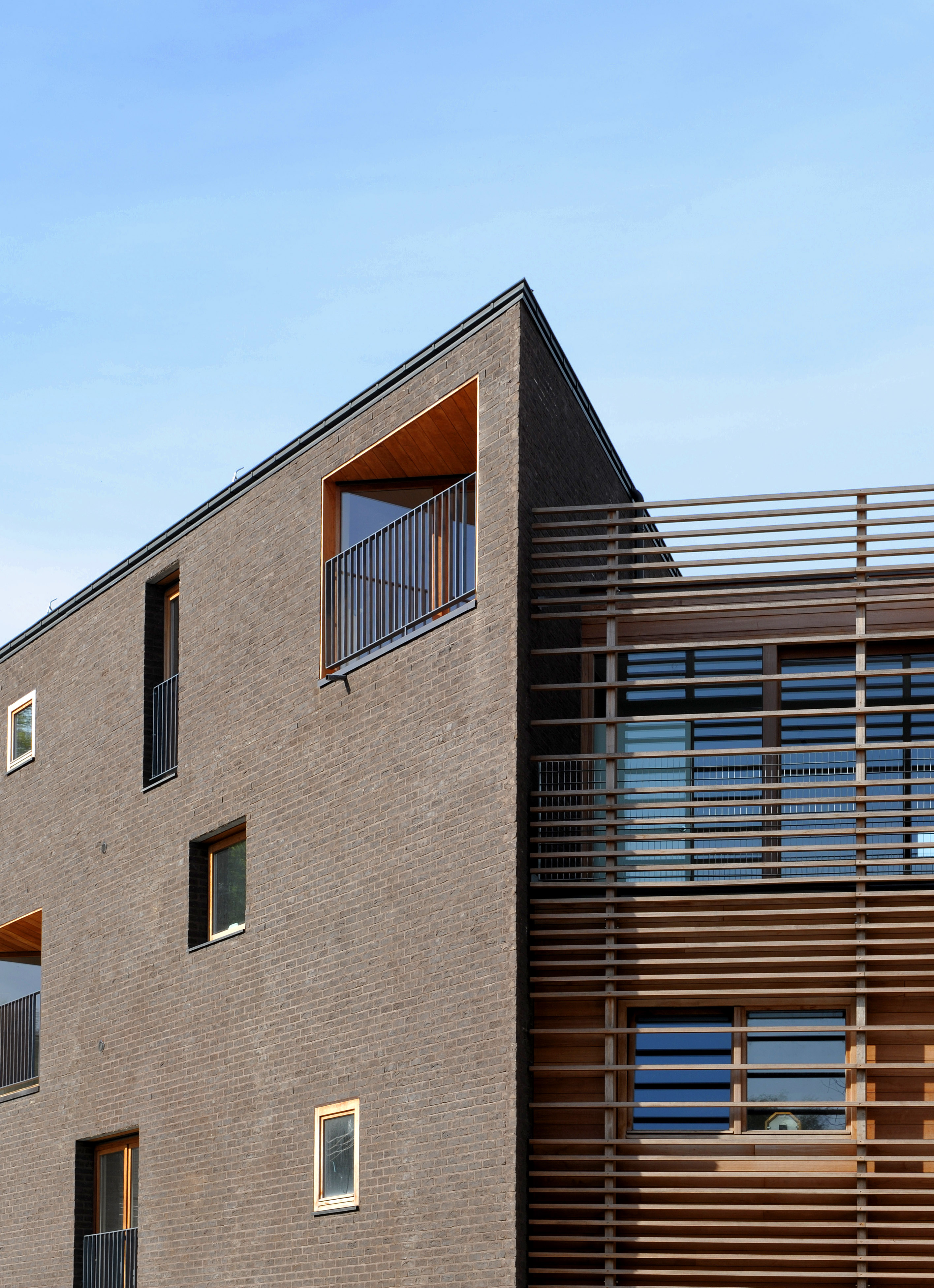 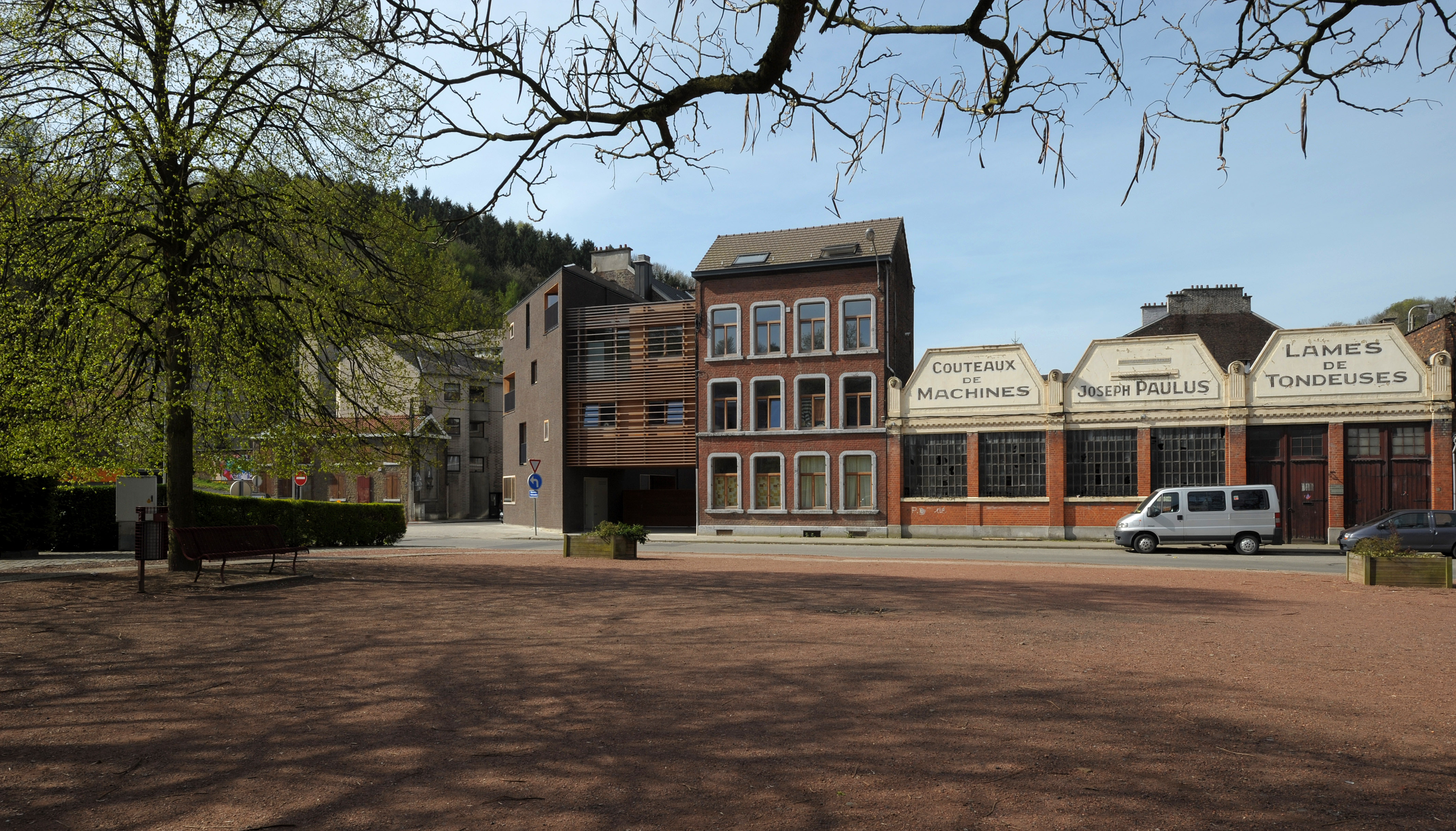 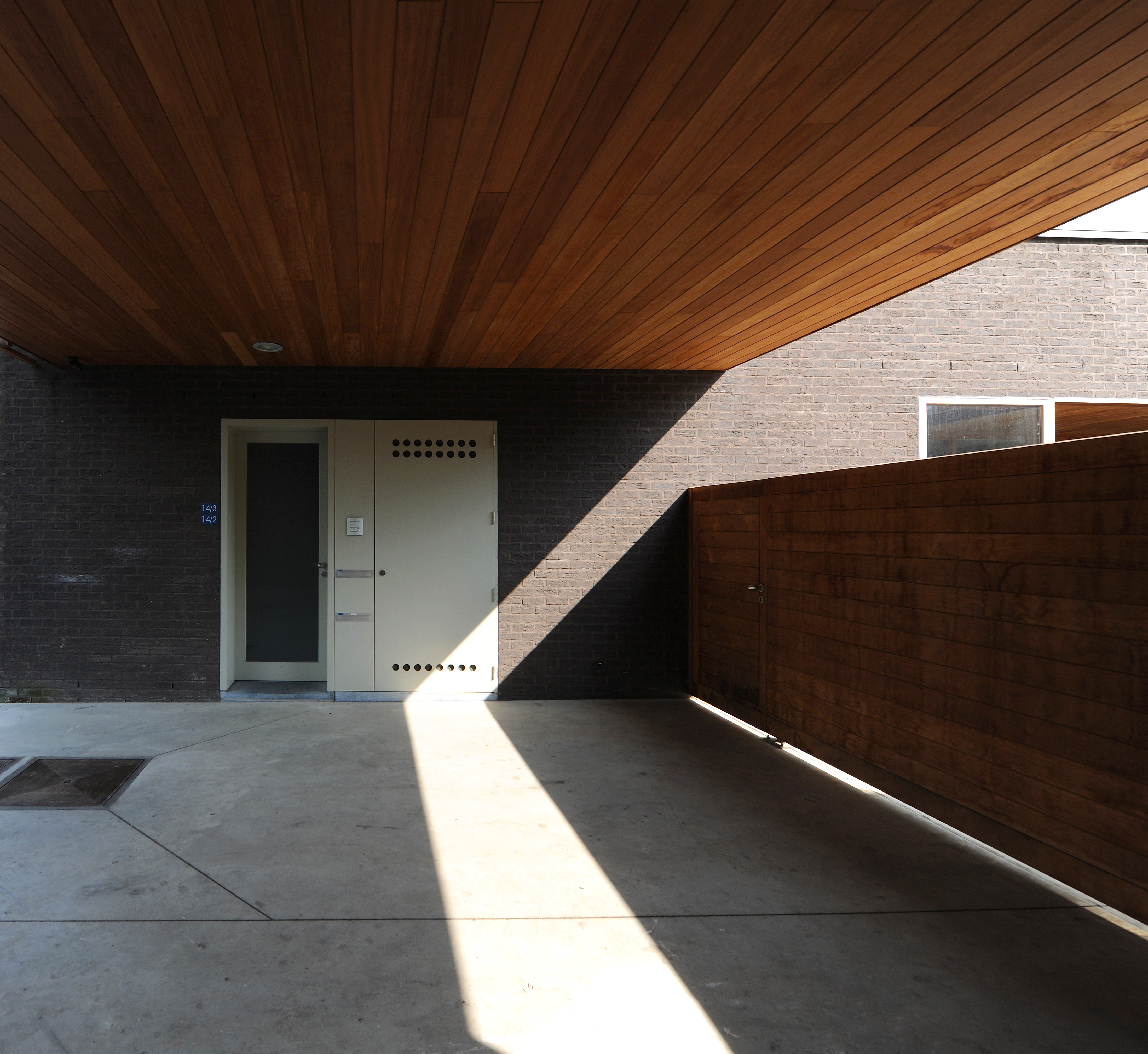 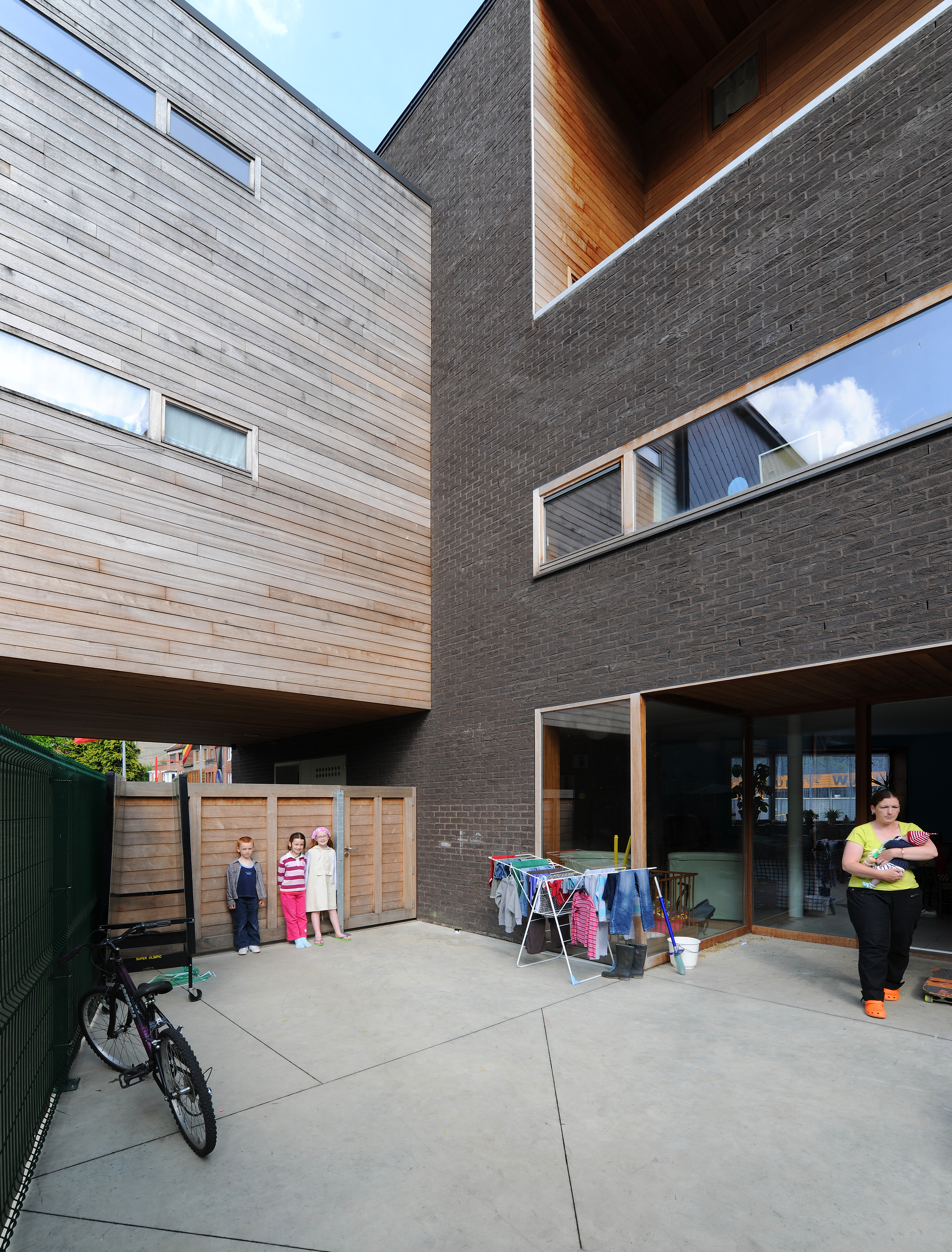 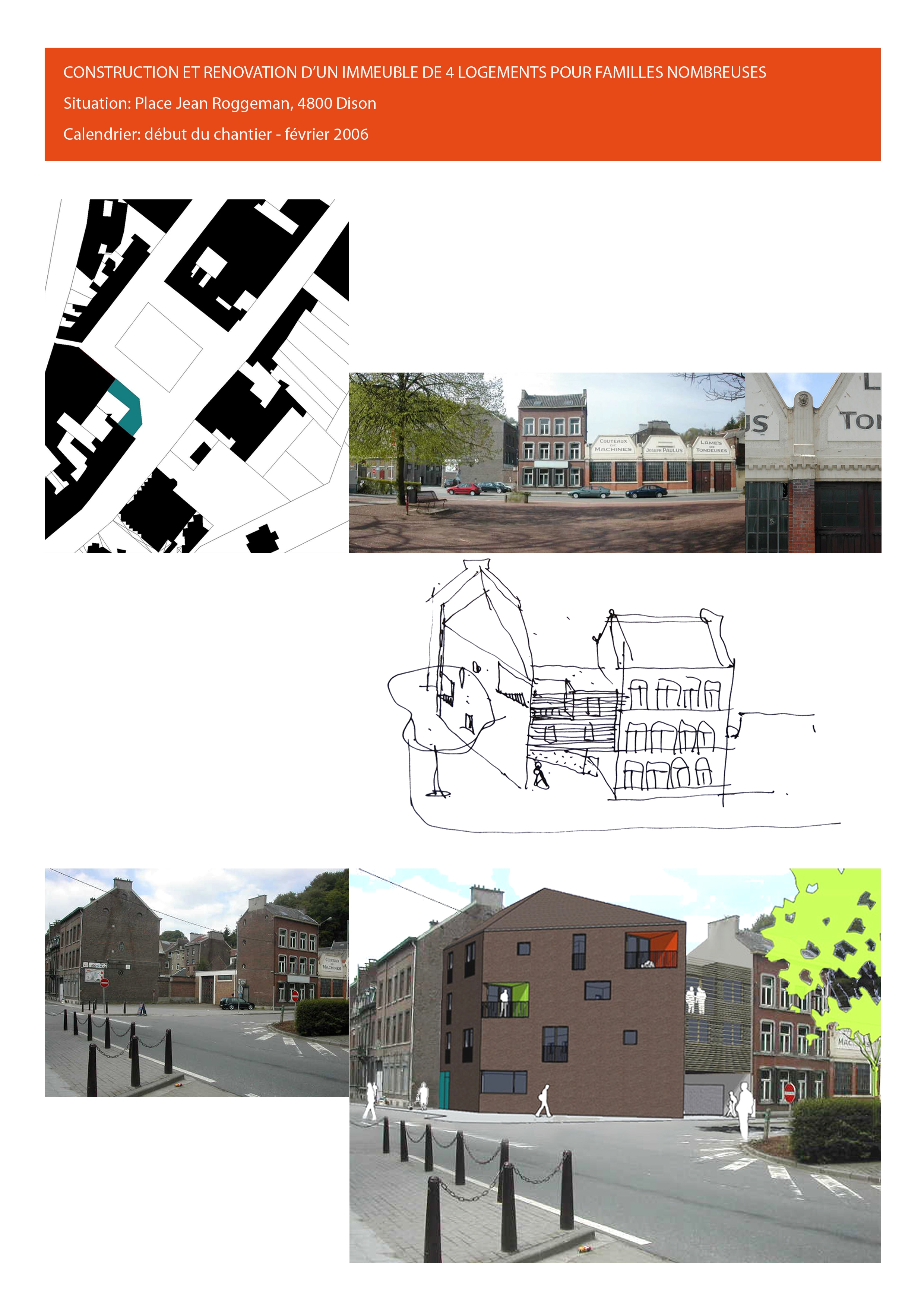 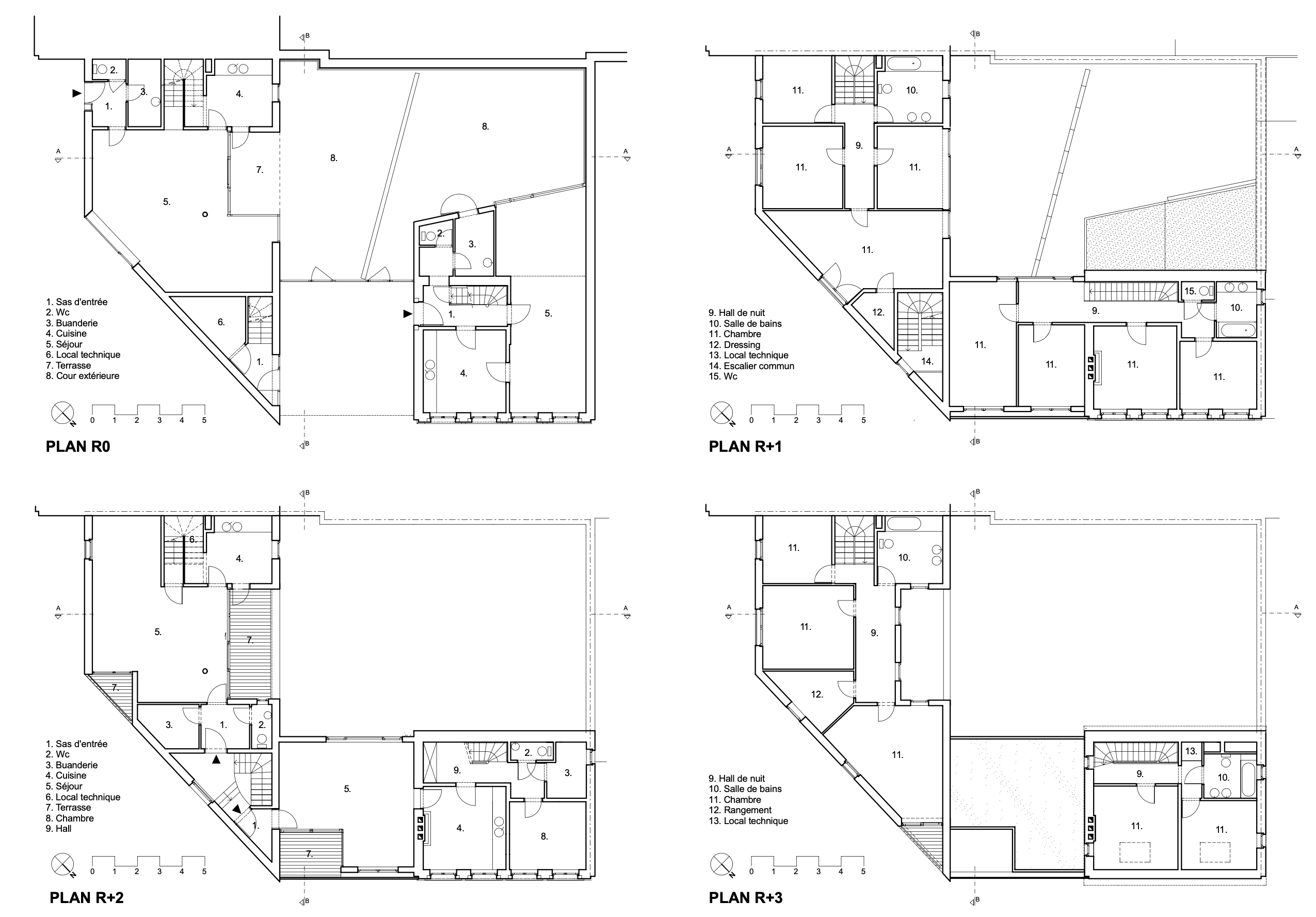 Recommending party
The project has been submitted by: OLIVIER FOURNEAU Architects

Of which residential: 95%
Public/communal areas: 5%
Facilities for the public: -%
Business/trade: -%
Offices: 2%

The client’s brief was clear: renovate and extend a 19th century merchant’s house into two dwellings for large families (6 to 9 inhabitants per dwelling).

The site, located at the angle of a street and a square, was partly unbuilt and was used as a parking lot.

We therefore suggested to build two additional dwellings in order to densify the angle of the lot but also in order to offer private views and spaces at the back. The client has been seduced by this idea, as it also would better the economic balance  of the project.

As the street was built mostly with 19th century traditional brick houses, we used the volumes, vocabulary and chromatics which we were in presence in order to finish the existing street.

At the angle, by following the alignment, we obtained a larger façade, facing the square, which we treated in a more abstract way, giving it a totemic presence.

A suspended volume serves as a link between the two typologies in presence but also creates a porch for 3 of the four dwellings.

The project, located in a well-connected area of the city, is compact and dense. Glass surfaces are reduced and well oriented. Each unit has therefore low energy needs.

Public areas are reduced to a minimum, in order to minimize conflicts and maintenance costs.

Materials are simple and durable, needing little or no maintenance at all.

Each dwelling has its own energy supply, allowing them to adapt the system to their needs.