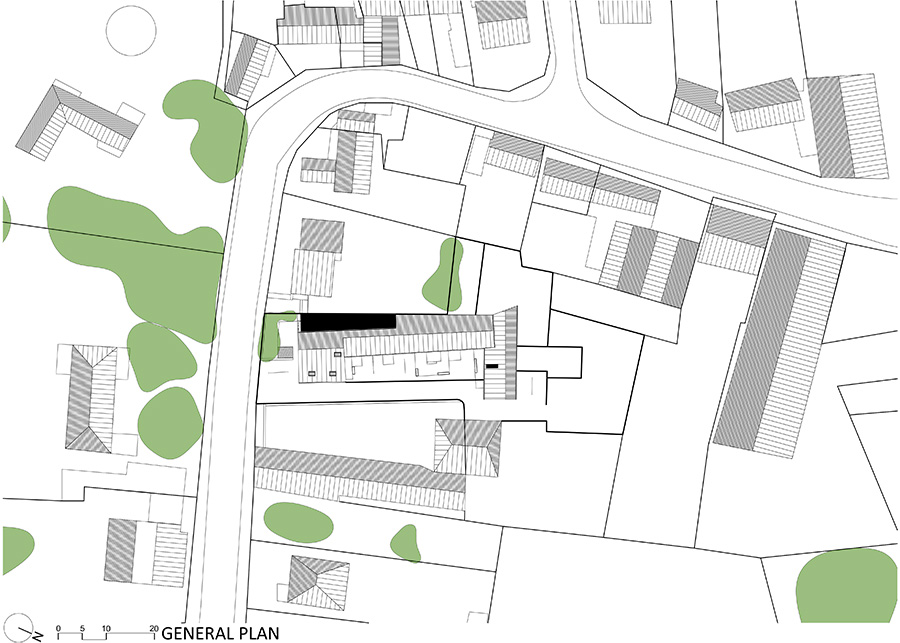 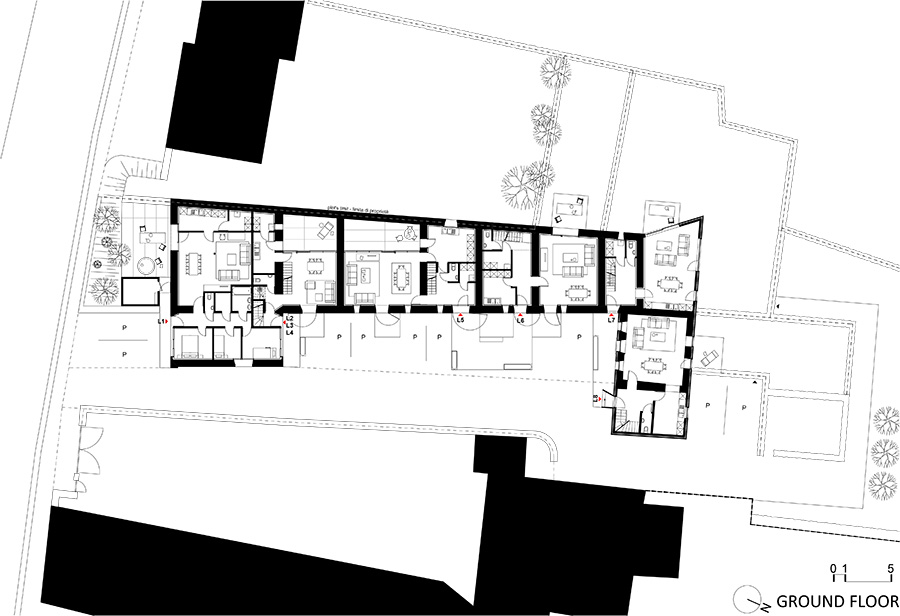 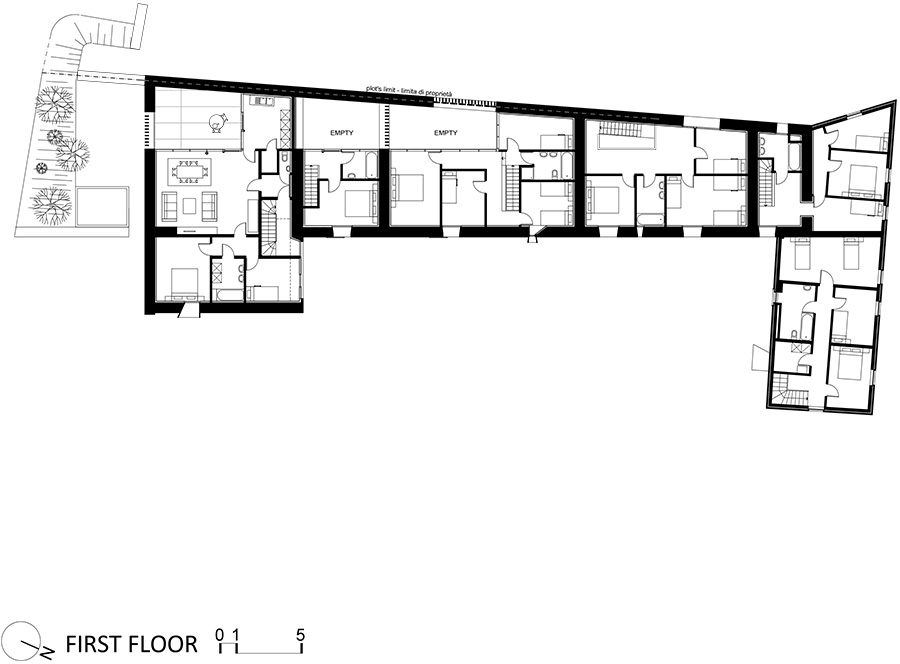 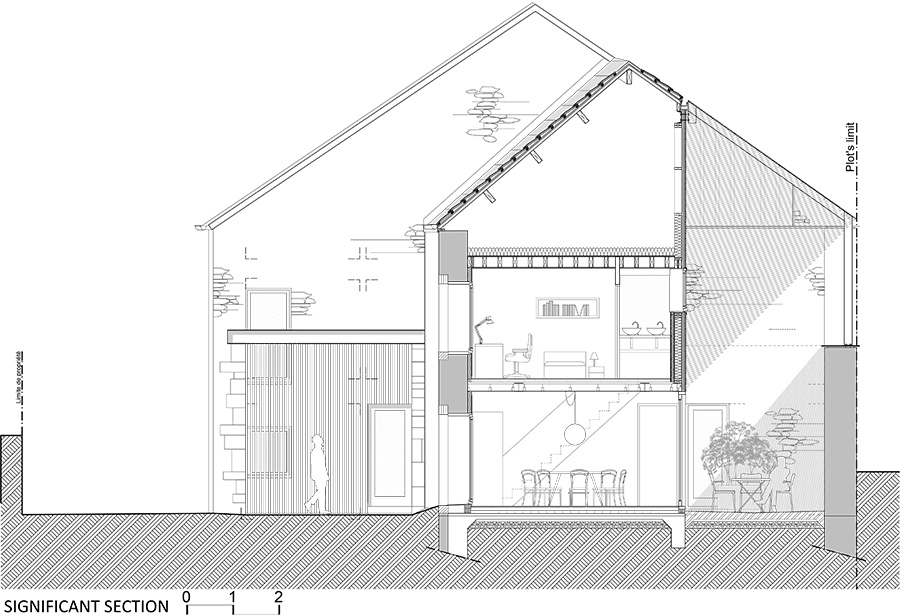 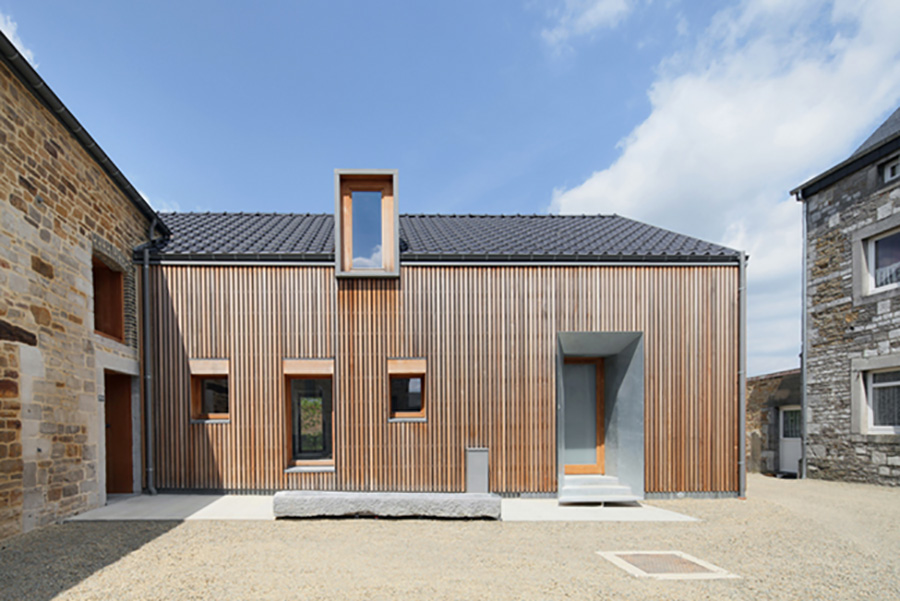 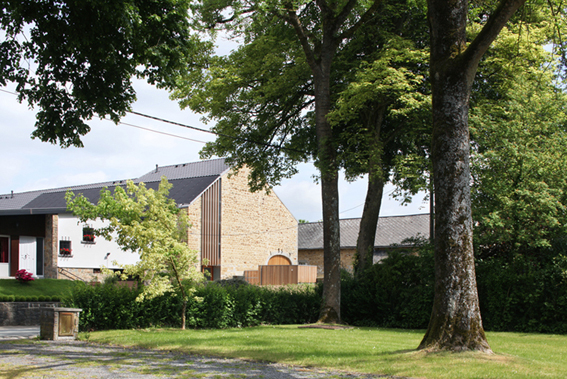 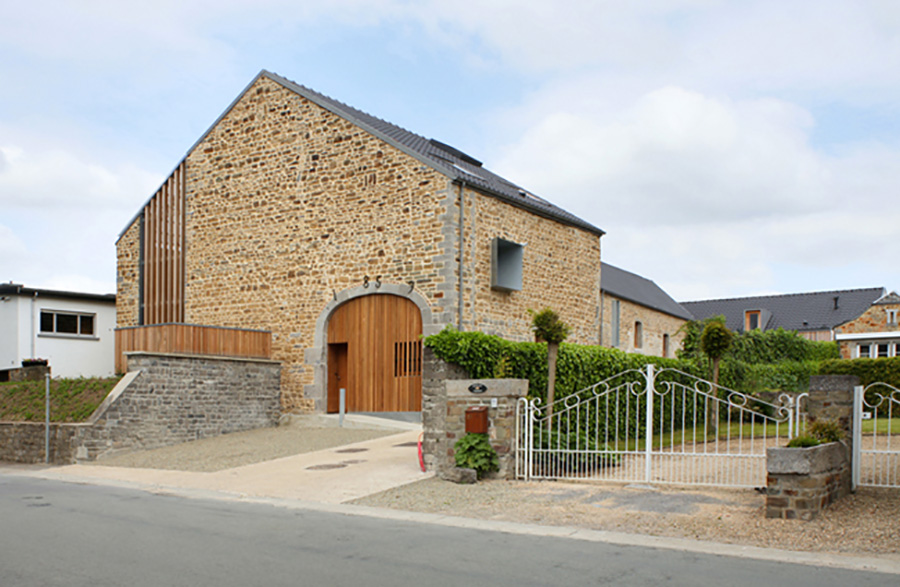 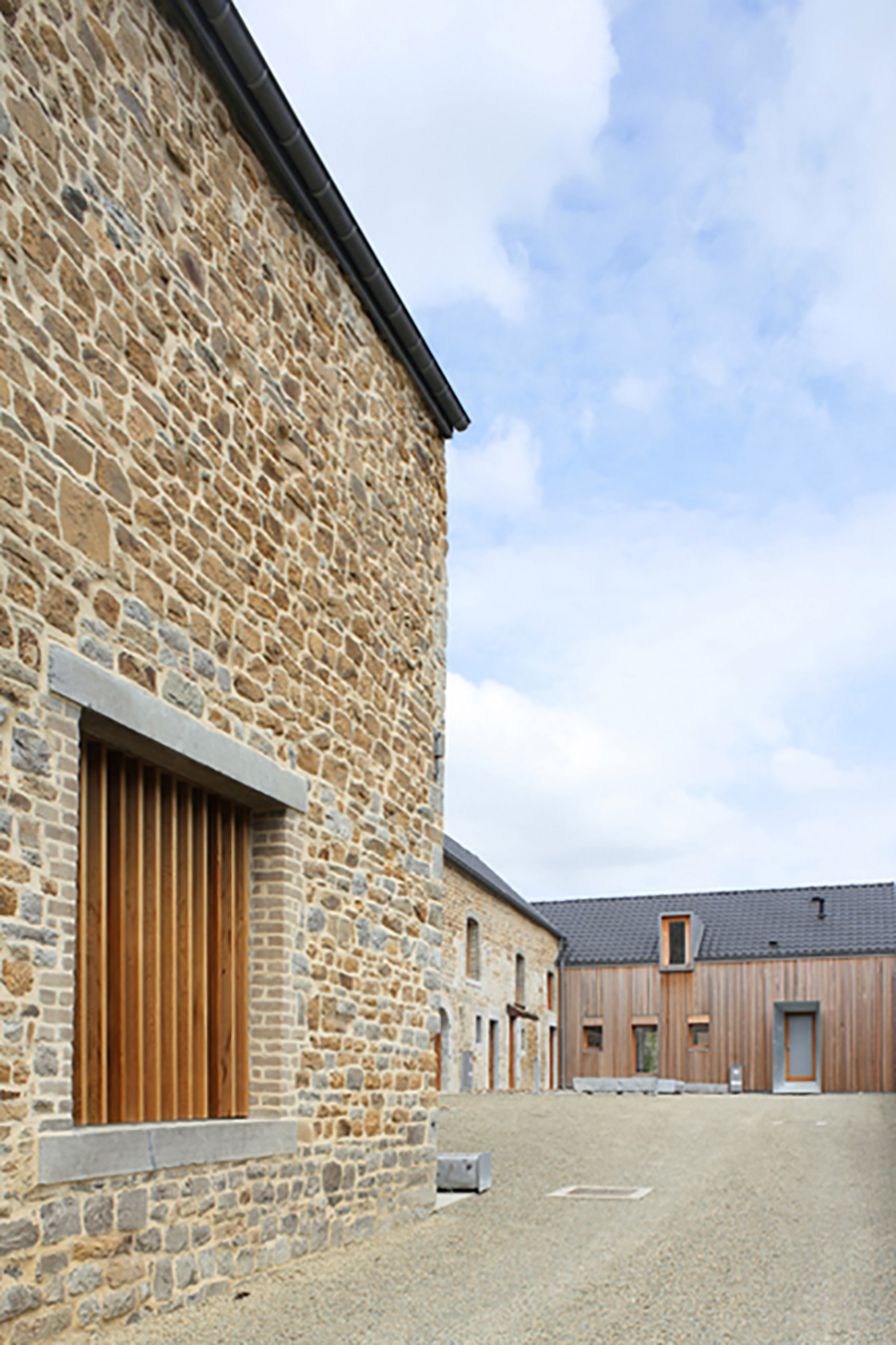 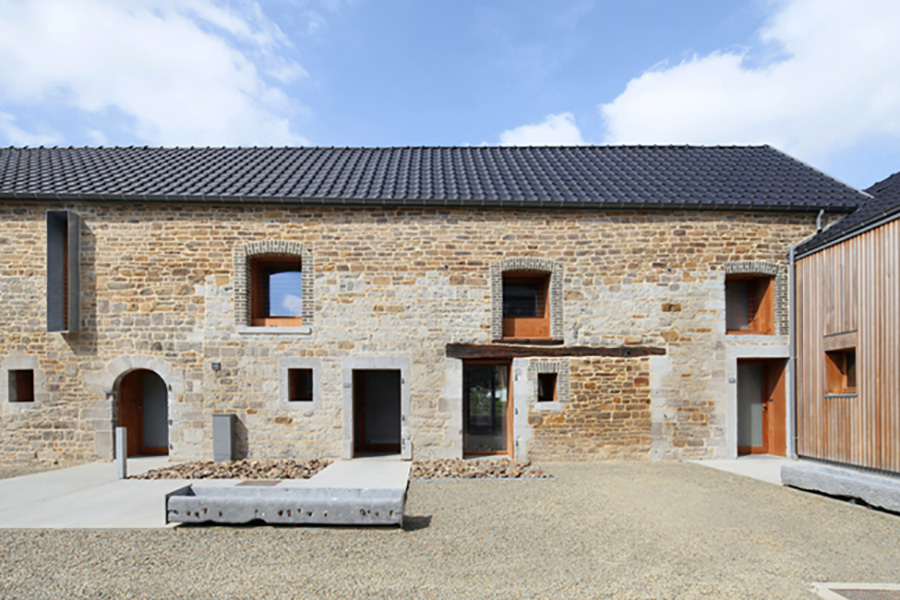 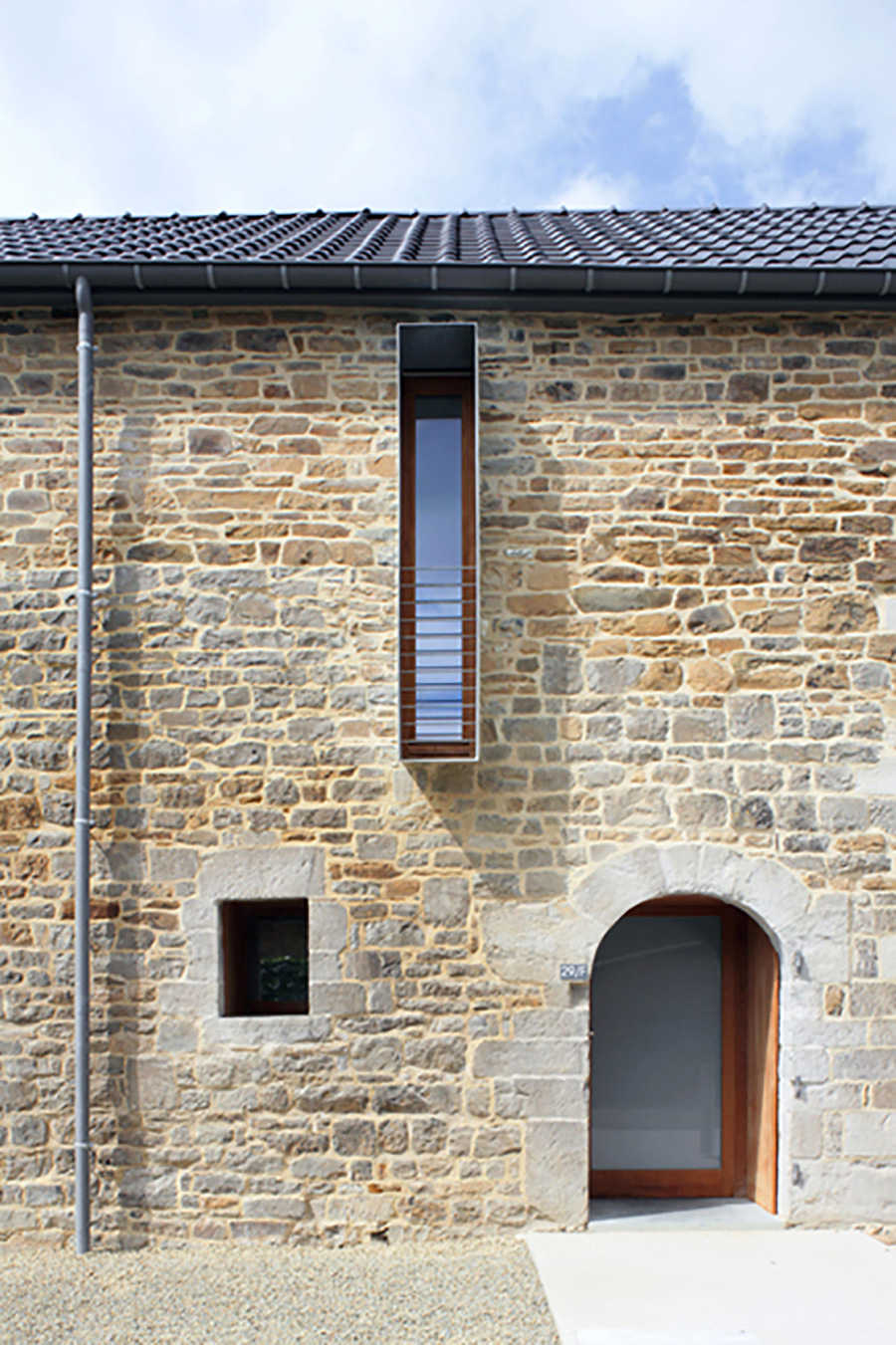 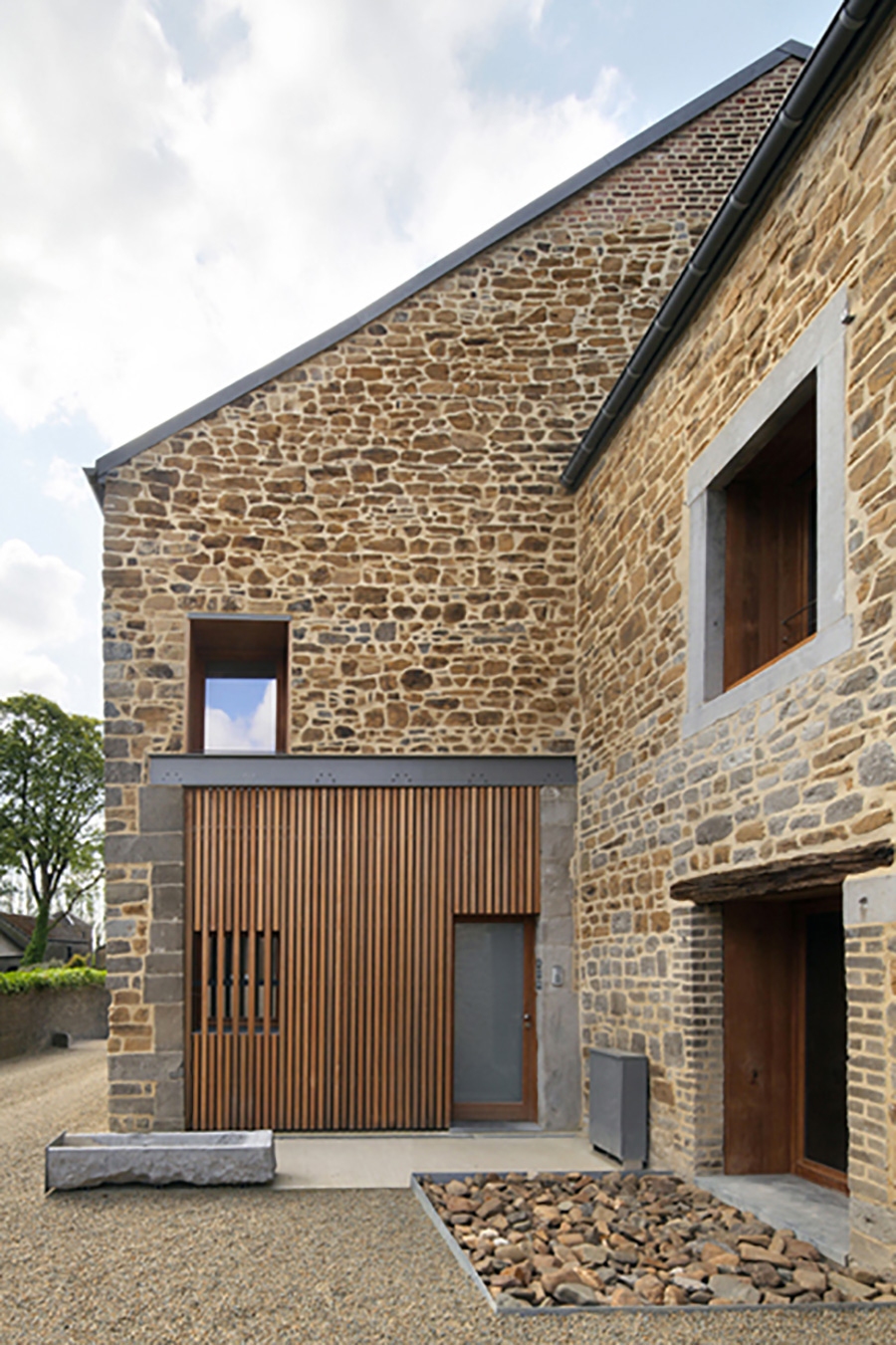 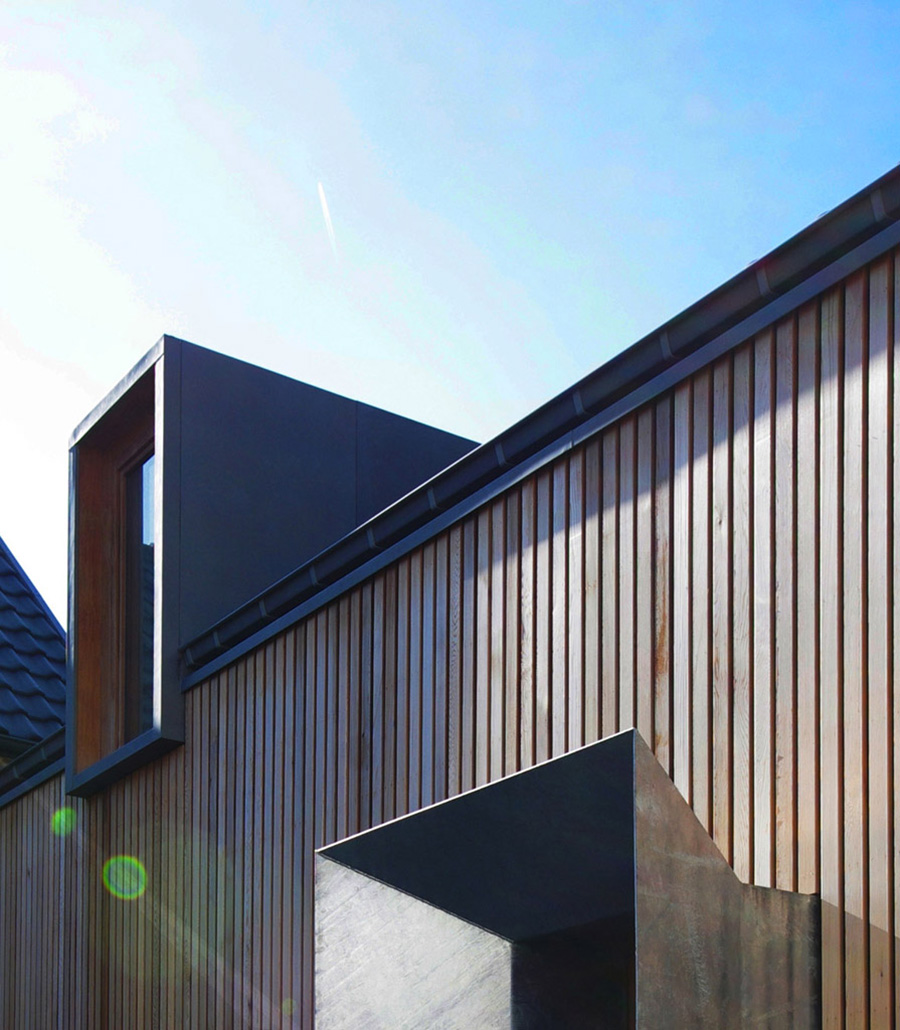 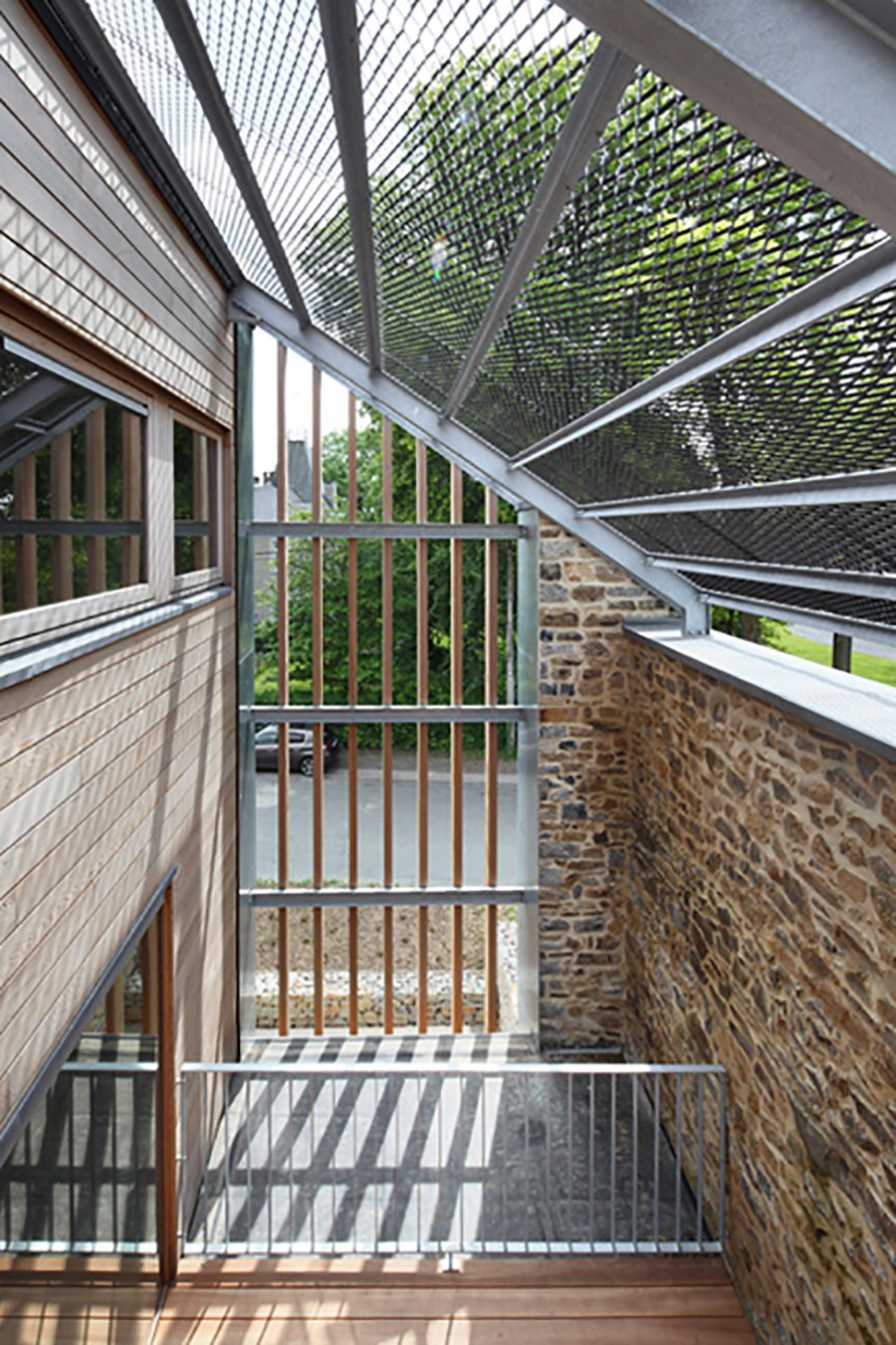 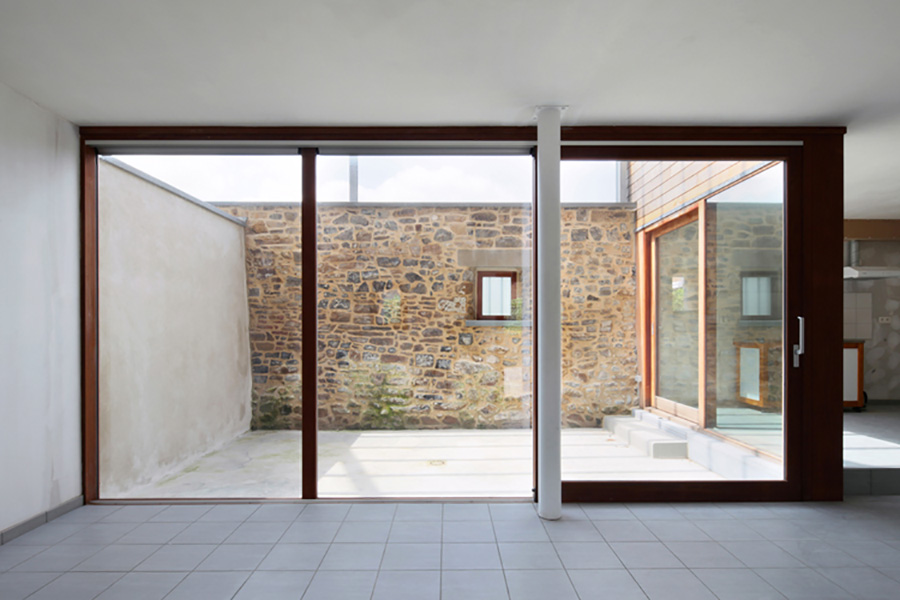 Belgium and Wallonia in particular, hasn’t been confronted with large social settlements in the last decades.

Regional rules impose now each municipality to host a percentage of social dwellings on its land, thus consisting mostly of small developments and refurbishment of existing buildings.

In this case, a rural village of 4000 inhabitants, the municipality chose an abandoned old barn, part of a larger farm, located on its main street and asked a public developer to insert 8 social dwellings.

The population quickly disapproved this choice, as they didn’t want any new social dwelling in the neighborhood, furthermore in the epicenter of the village.

Thus, the project started with mixed feelings, considering that 8 (mostly large) families were supposed to settle within a few years in a rather hostile atmosphere.

As the building offered a nice plasticity with the thick walls made of stone and also some patrimonial qualities, we decided to adopt a modest posture, appropriate with the rural thinking and the polemic atmosphere.

We thus tried to fit all the dwellings within the existing envelope, each dwelling being designed individually, with a mix of typology and size (1*1 bedroom, 2*2 bedrooms, 4*3 bedrooms and 1*4 bedrooms), offering a good diversity.

As the existing window-bays were peculiar and parsimonious, we organized precisely the layouts with regard for them, creating only a few openings where necessary.

As the limit of property is set along the western façade, and as the neighbor was not ready to sell a part of its lot to allow us views and gardens, we decided to create a large and long opening within the existing volume in order to bring a large amount of light deep into each concerned dwelling. This also enabled us to create private terraces and courtyards.

The other dwellings benefit from individual gardens and kitchen gardens. The main courtyard, once common with the rest of the farm, is devoted to social interaction and to parking.

Now that the project is delivered and the building inhabited, it seems that the homeopathic treatment has worked, as the project has settled smoothly within its environment.