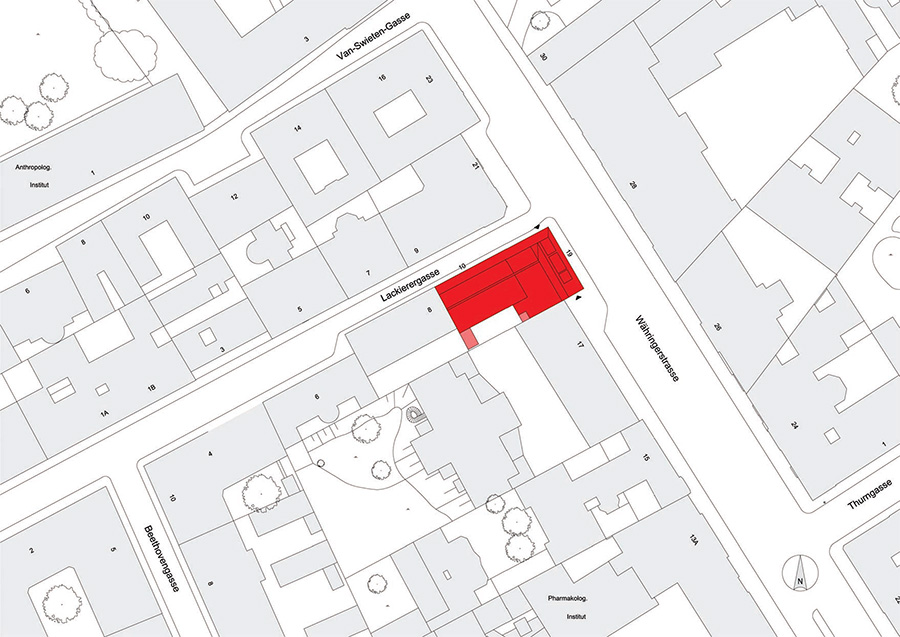 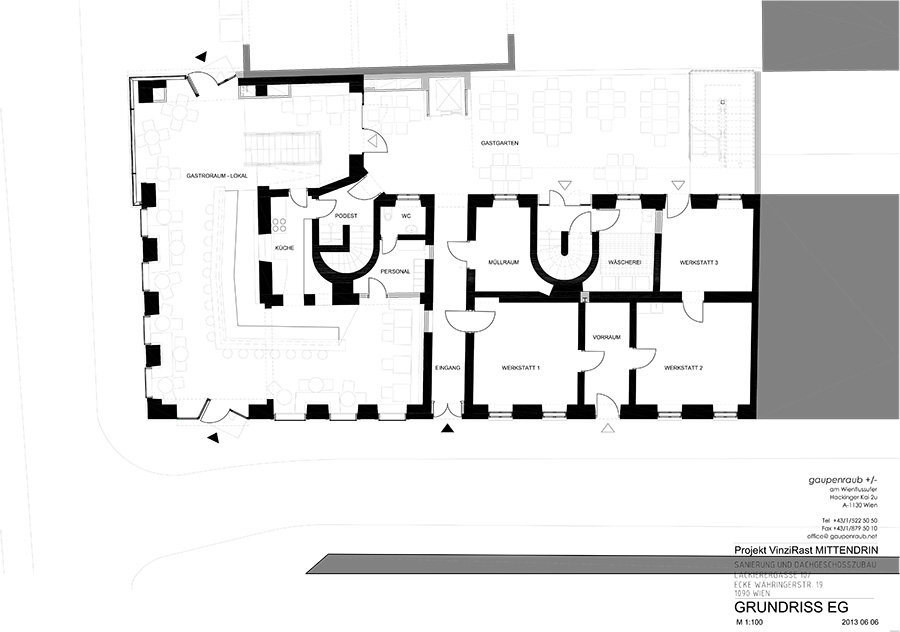 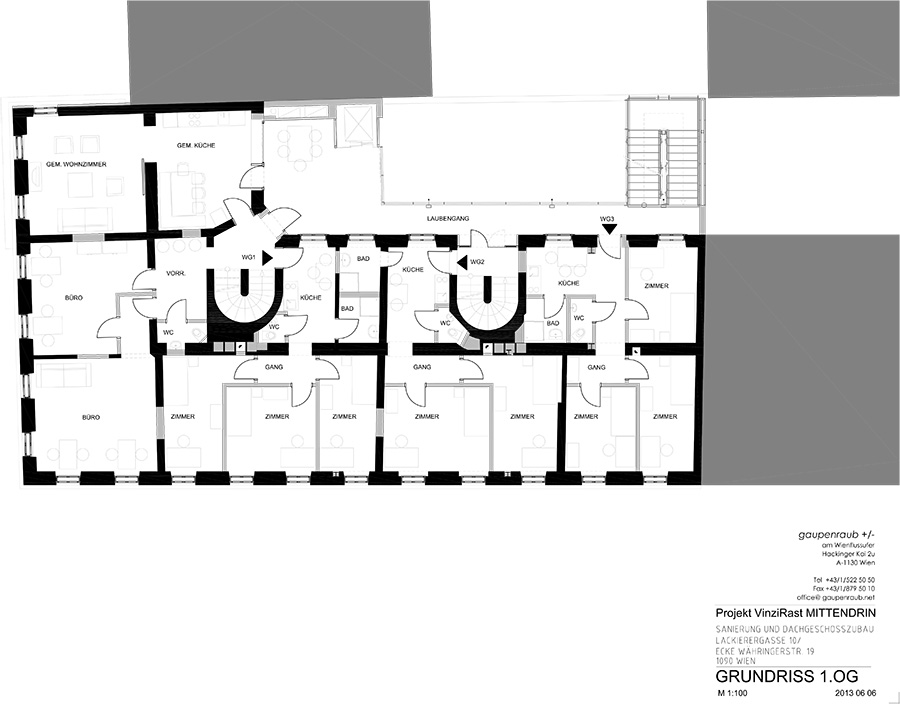 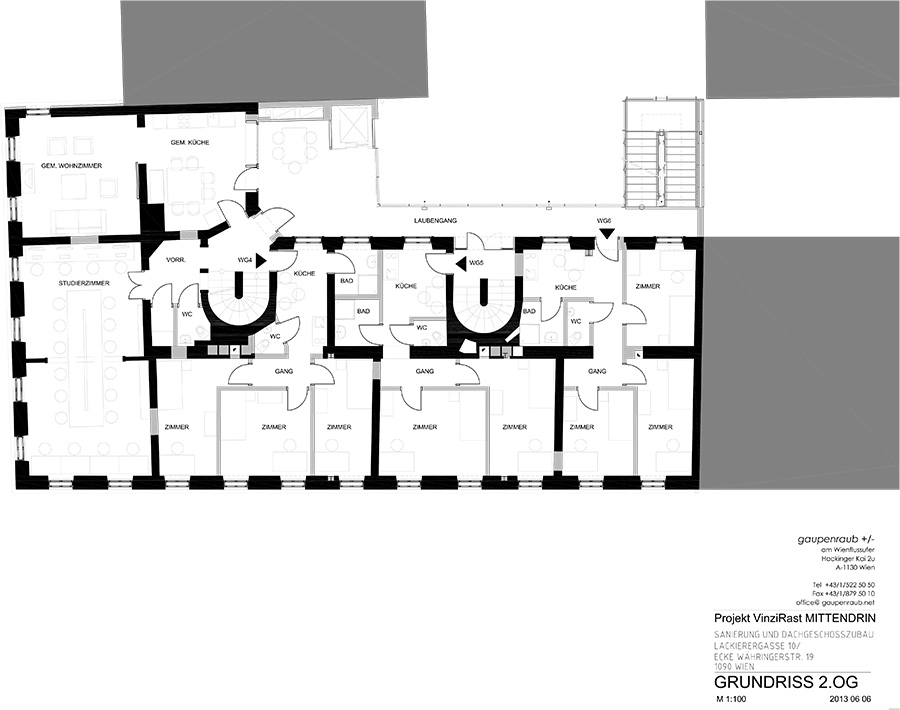 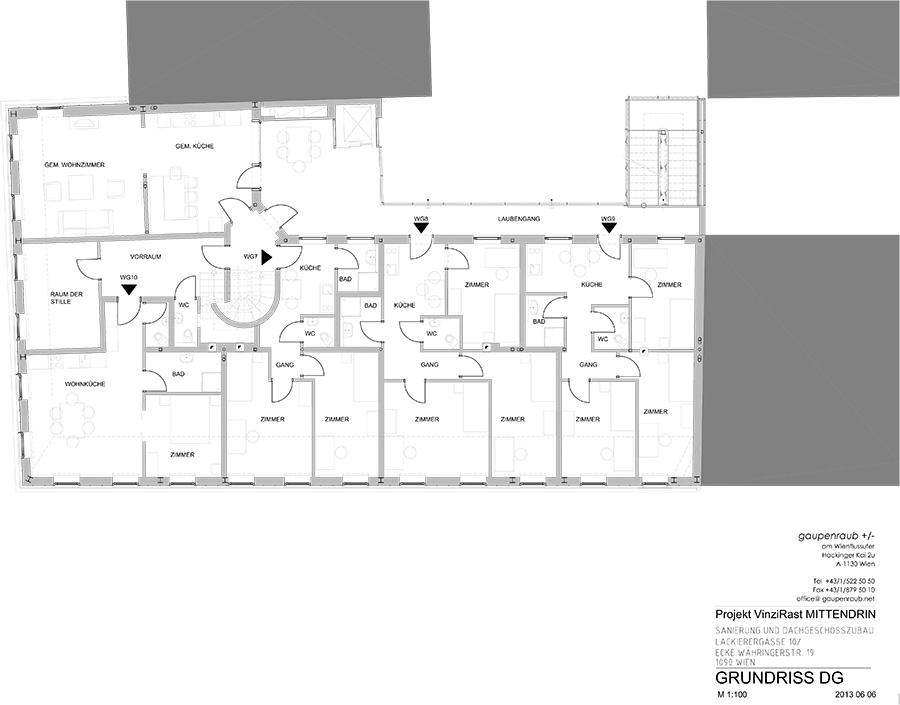 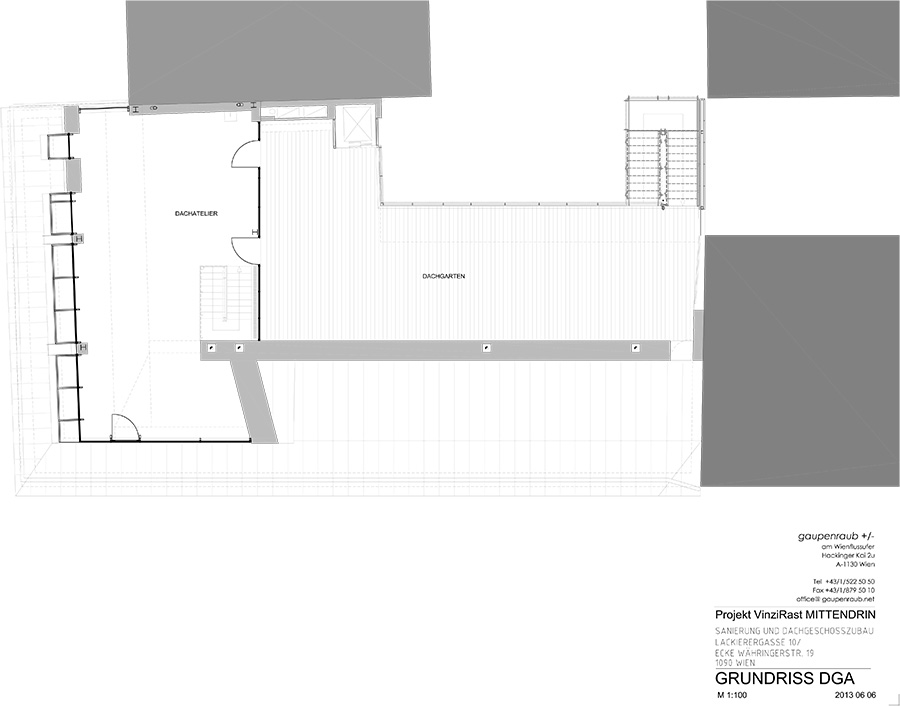 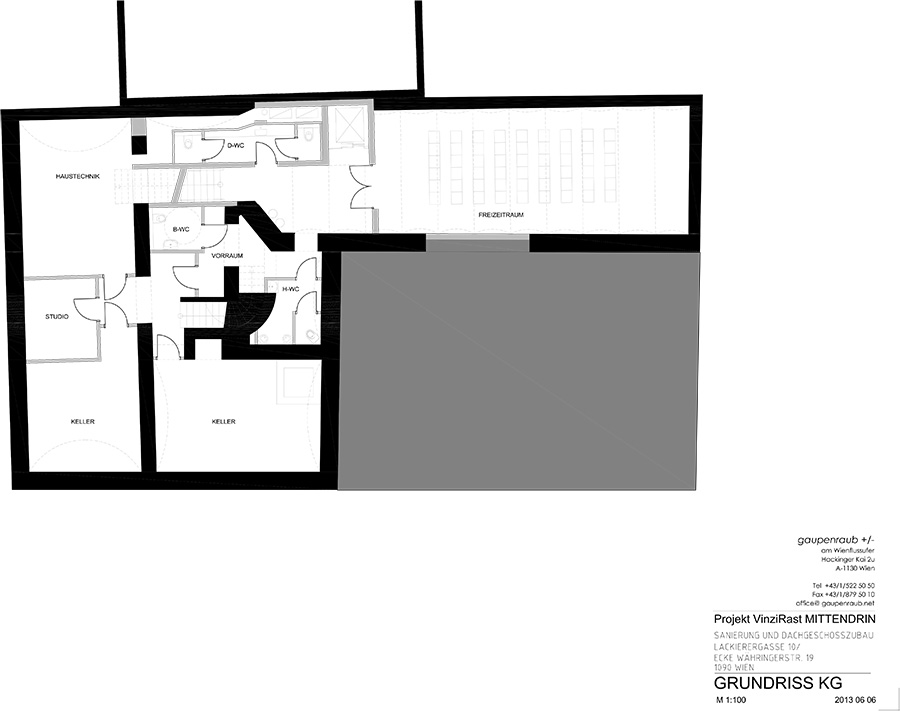 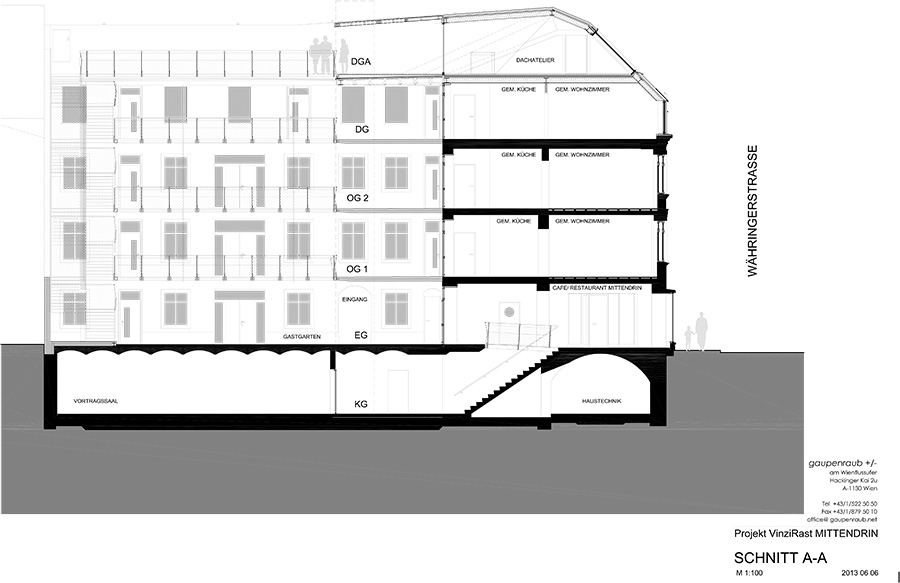 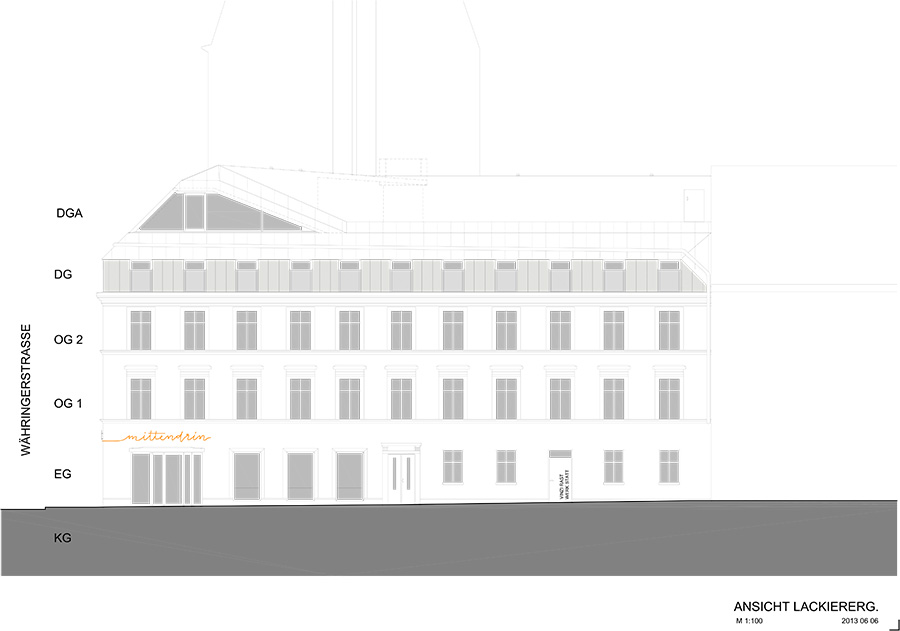 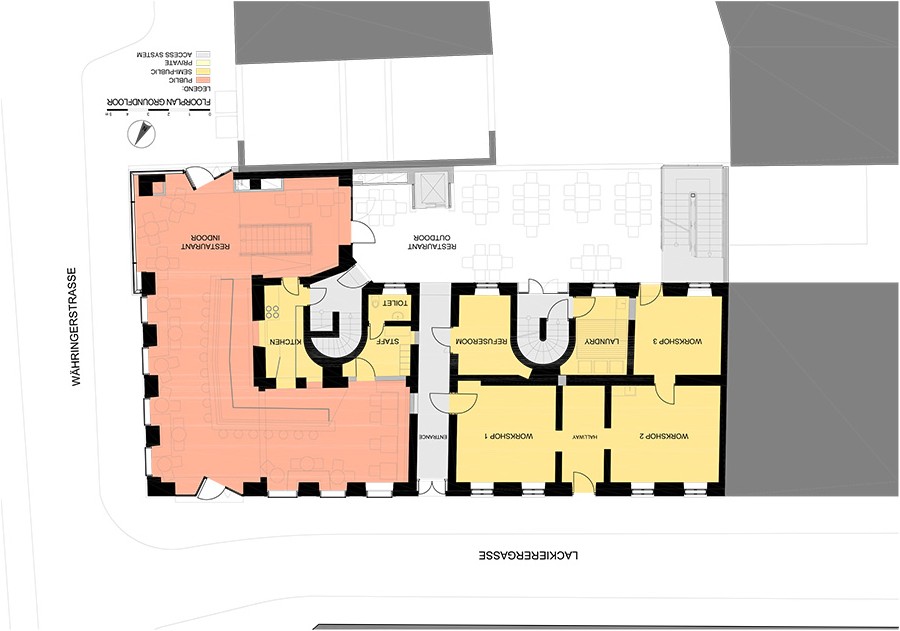 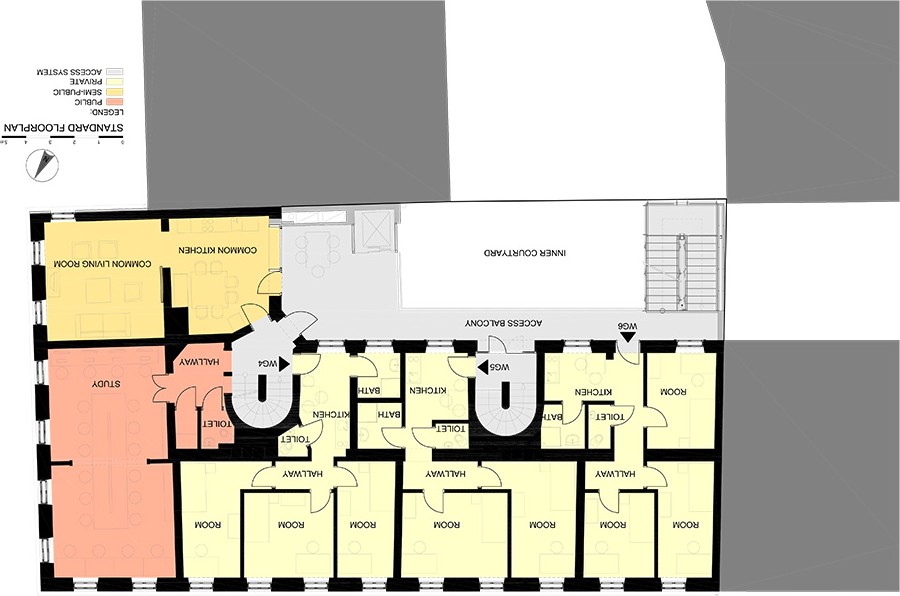 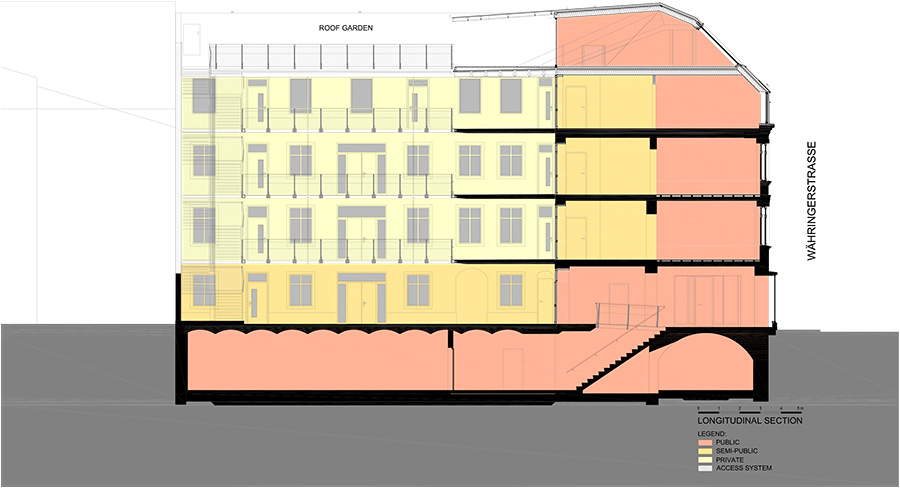 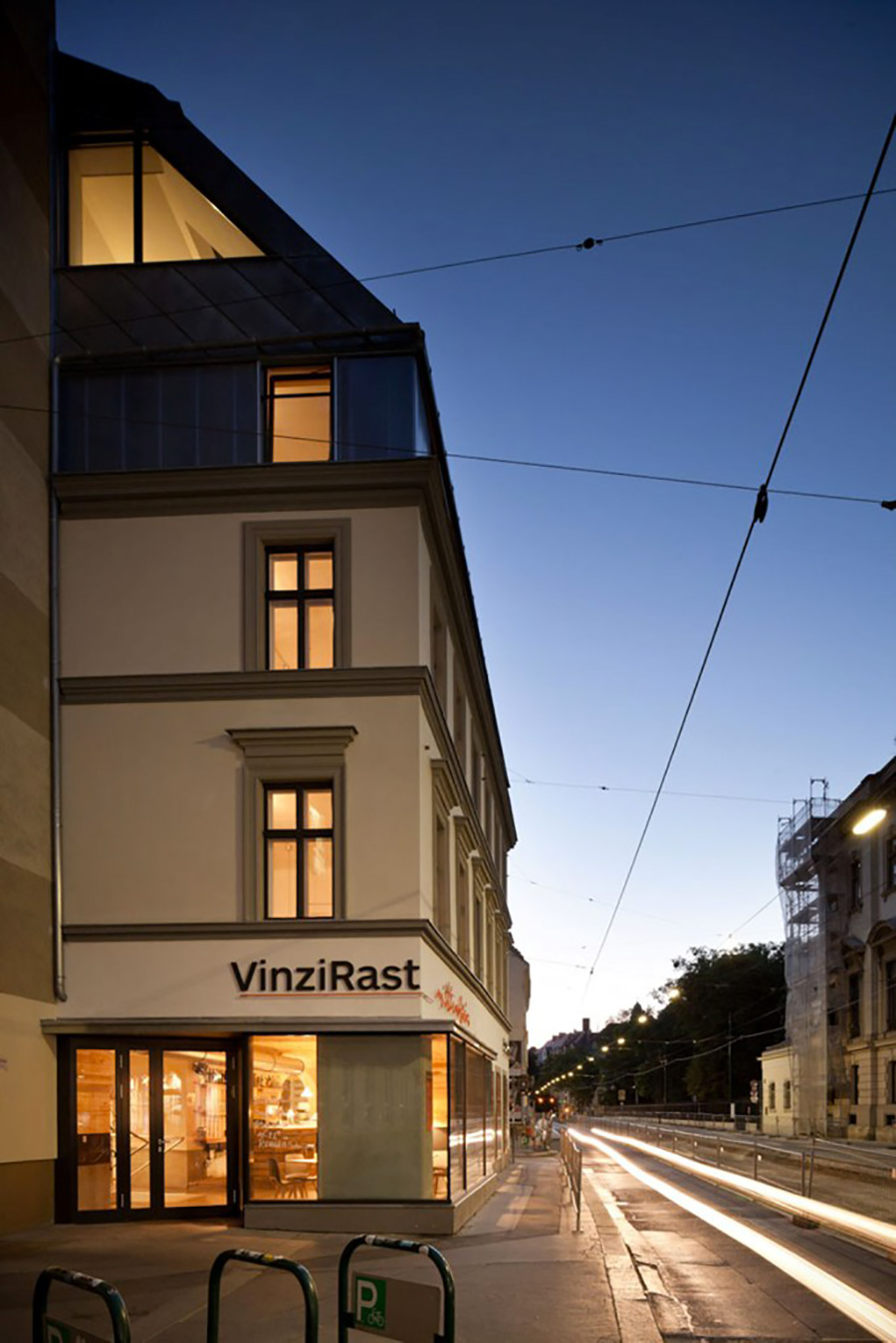 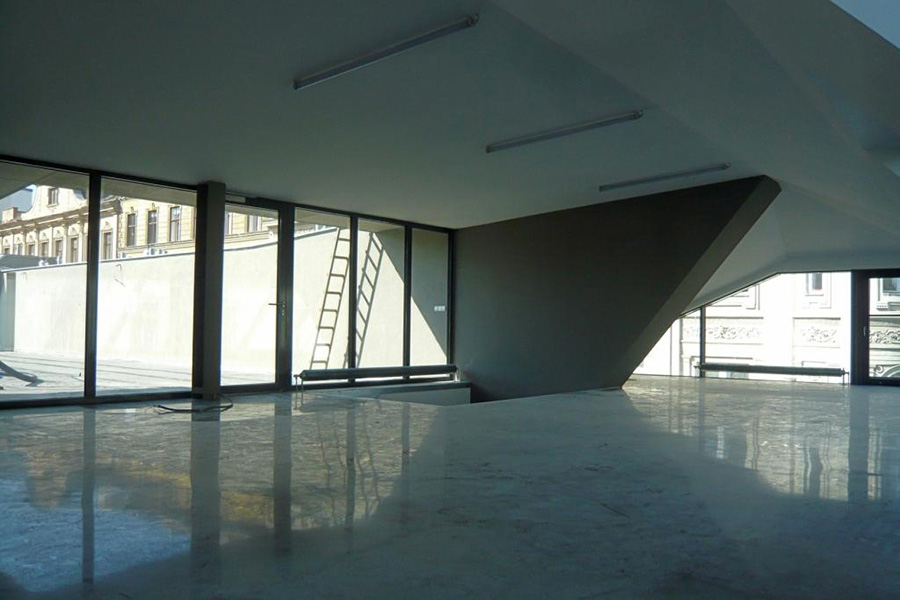 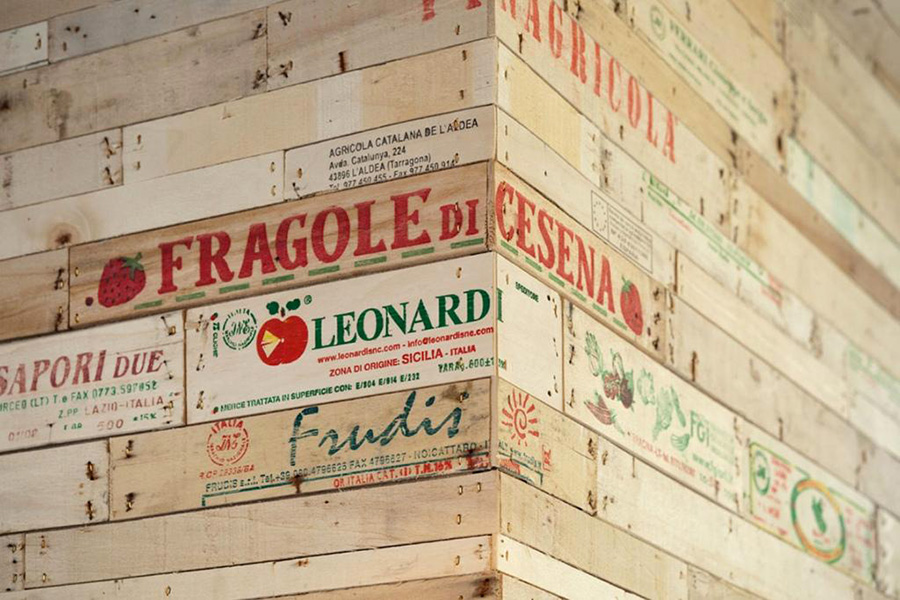 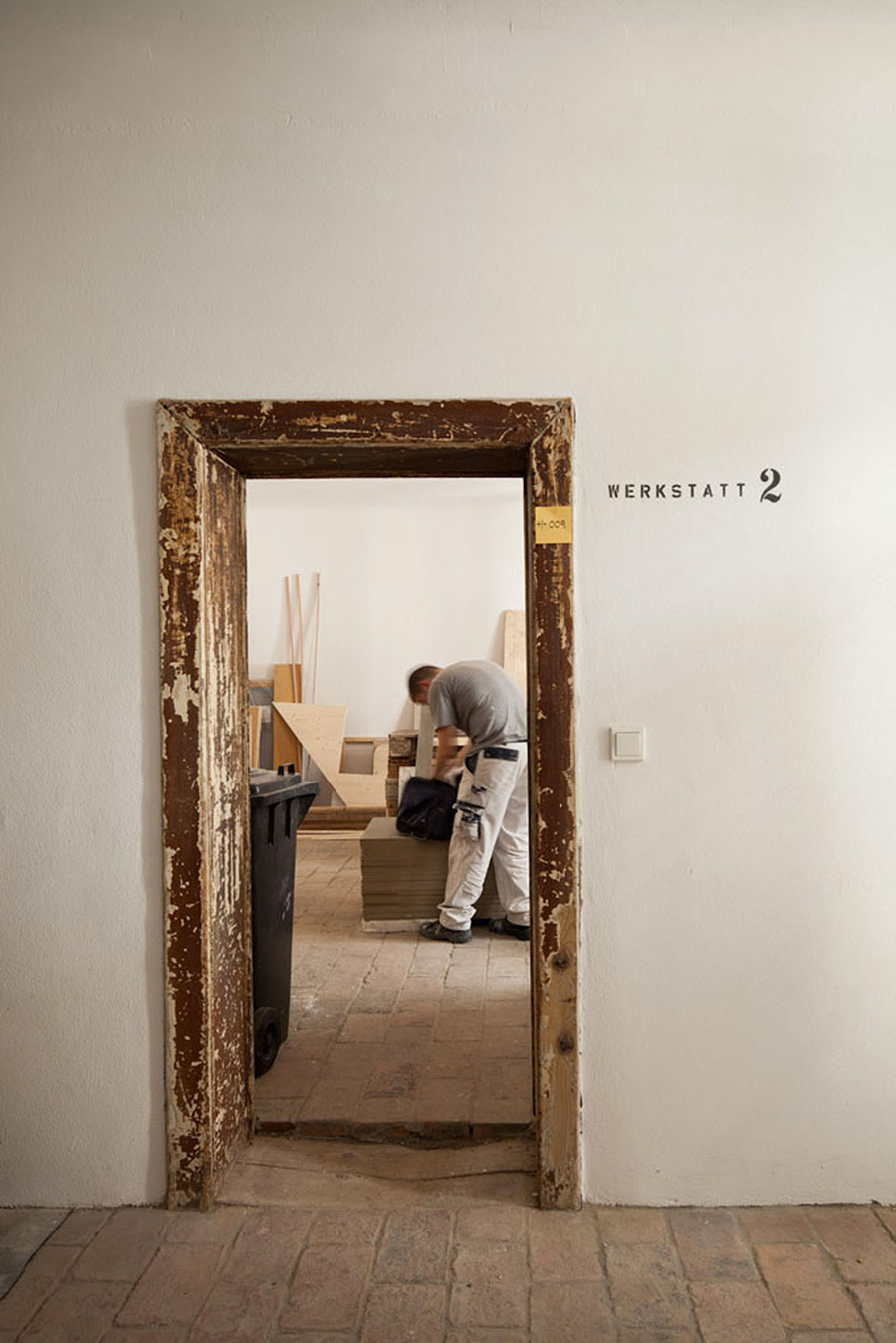 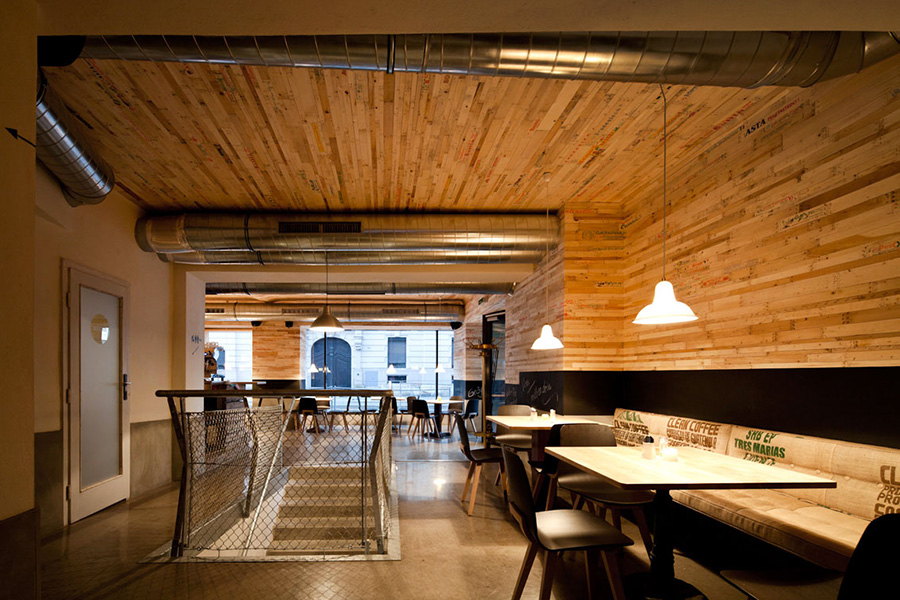 Recommending party
The project has been submitted by: Alexander Hagner, gaupenraub+/-

Background
The architects by the name of gaupenraub+/- consisting of Alexander Hagner and Ulrike Schartner have in cooperation with students from the University of Vienna and the association Vinzenzgemeinschaft St. Stephan developed and completed the project VinziRast-mittendrin in the 9th district of Vienna.

Brief project description
VinziRast-mittendrin is a result of the Vienna Audimax Occupation by students in 2009. The rebuilt and extended Biedermeier building is a pilot project in the area of community living.

Since the opening in spring of 2013, students live together with formerly homeless persons in 10 living communities of 3 people under one roof. Besides common rooms, the restaurant “mittendrin“ as well as two event venues the room outlay also includes several workshops, which give residents the opportunity to work together, thereby creating an extra source of income. We like to see it an ambassador against monoculture, that encourages diversity in the city and offers a different perspective to society.

Detailed project description
The building is located centrally, which is ideal in terms of the association’s aim to achieve integration in urban space. Students saw it as a place where they could continue the relationship they had built with homeless people who had joined the protest movement 2009. It became the location for a joint housing project when industrialist Hans Peter Haselsteiner, whom the students approached for financial support, introduced the Vinzenzgemeinde St. Stephan as guarantor for the permanent implementation of the idea.

gaupenraub+/– carefully examined how and where people find shelter to escape the open sky, and planned communal apartments for groups of three residents. This consist of sanitary facilities and mini-kitchens, adding large communal kitchens, living rooms and terraces on each floor. In addition the building contains with offices, consultation and work rooms, as well as a library. In the basement a large event space was constructed, while the ground floor contains a restaurant and several workshops.

New multilevel decks in the courtyard provide horizontal access to the different units. This preserves a maximum amount of usable floor area in the interior, while also shifting personal encounters from the corridor to the outside of the building – a clear advantage, as the heterogeneous mix of the residents led gaupenraub+/– to view such encounters as a potential source of conflict. They widened the decks in front of the lift and communal kitchens to create sizable outdoor seating areas: avoiding or meeting, walking past or communicating are all treated as equally important.

The original roof was taken down and its materials used in fitting-out the interior. A third living floor + a roof studio with a large roof garden replaces the old top.

The newly designed building in total is structurally and mentally open. Communal areas that are public to different degrees, from the courtyard to the apartment lobby, far exceed in number the spaces for individuals to retreat to. (All the construction was carried out with donated money and materials, voluntary work, freely contributed time and expertise).

The concept defines this communal housing project as a joint act; despite all the initial enthusiasm the outcome is unclear. “How this will work, we really don’t know”, says Cecily Corti soberly, but she trusts that the experience of belonging will provide a solid basis. With this convincing prototype gaupenraub+/– have shown the contribution architecture can make.