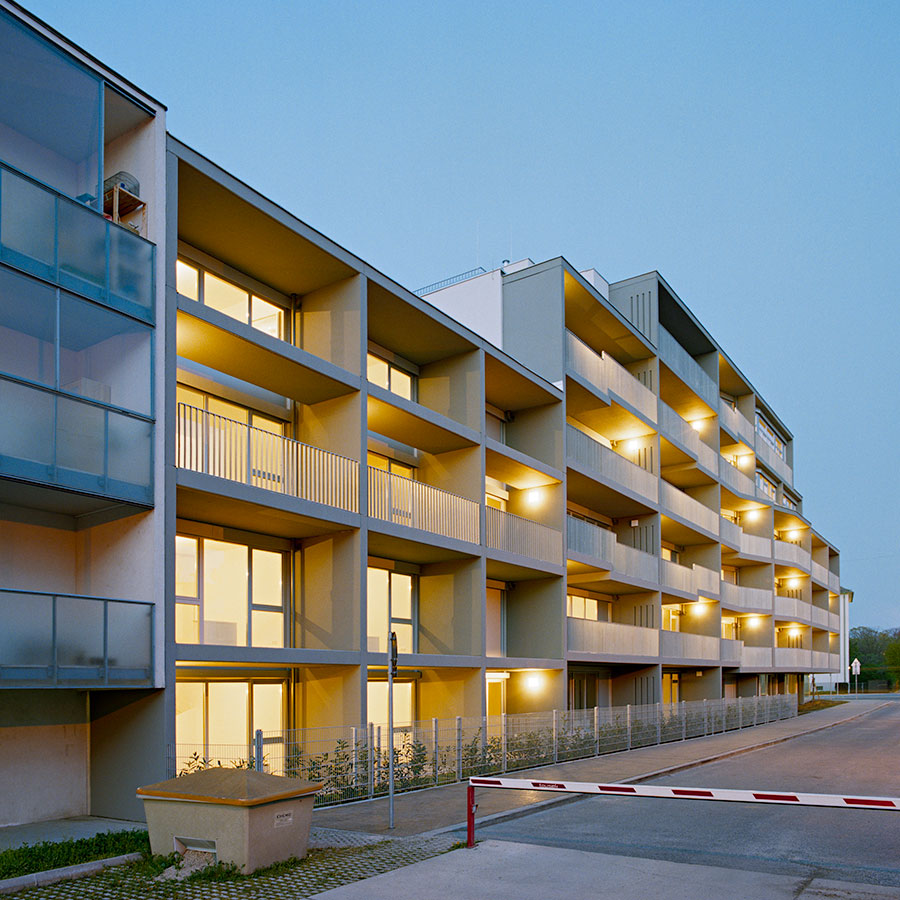 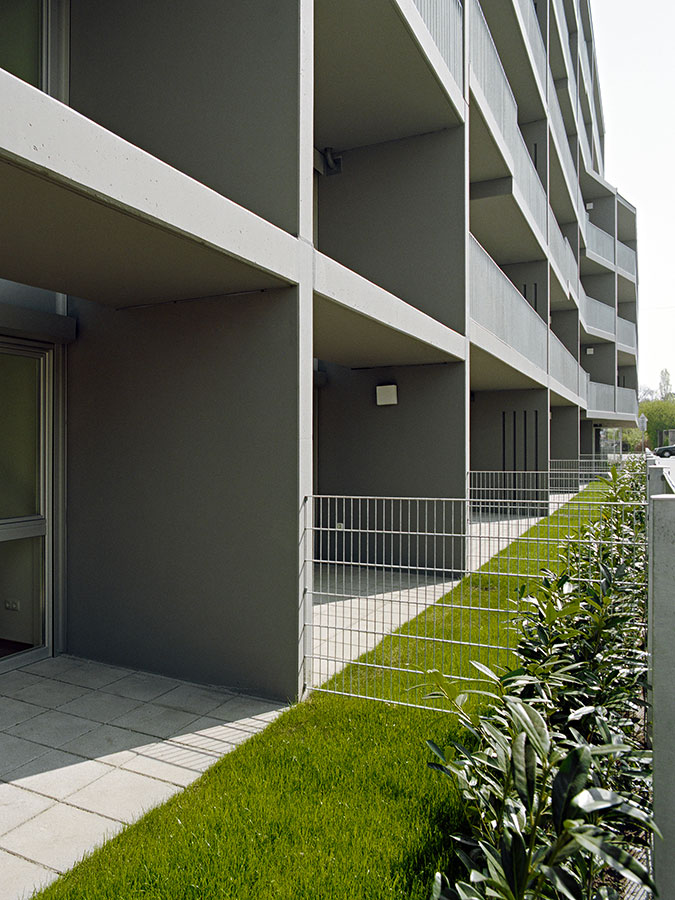 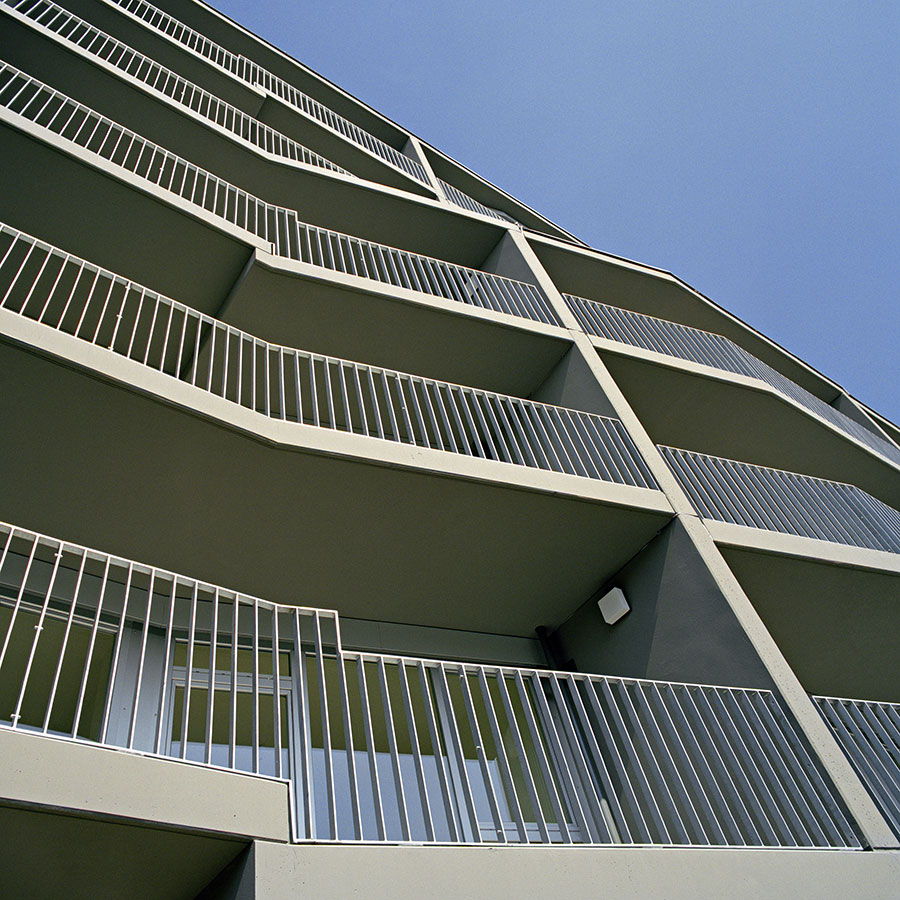 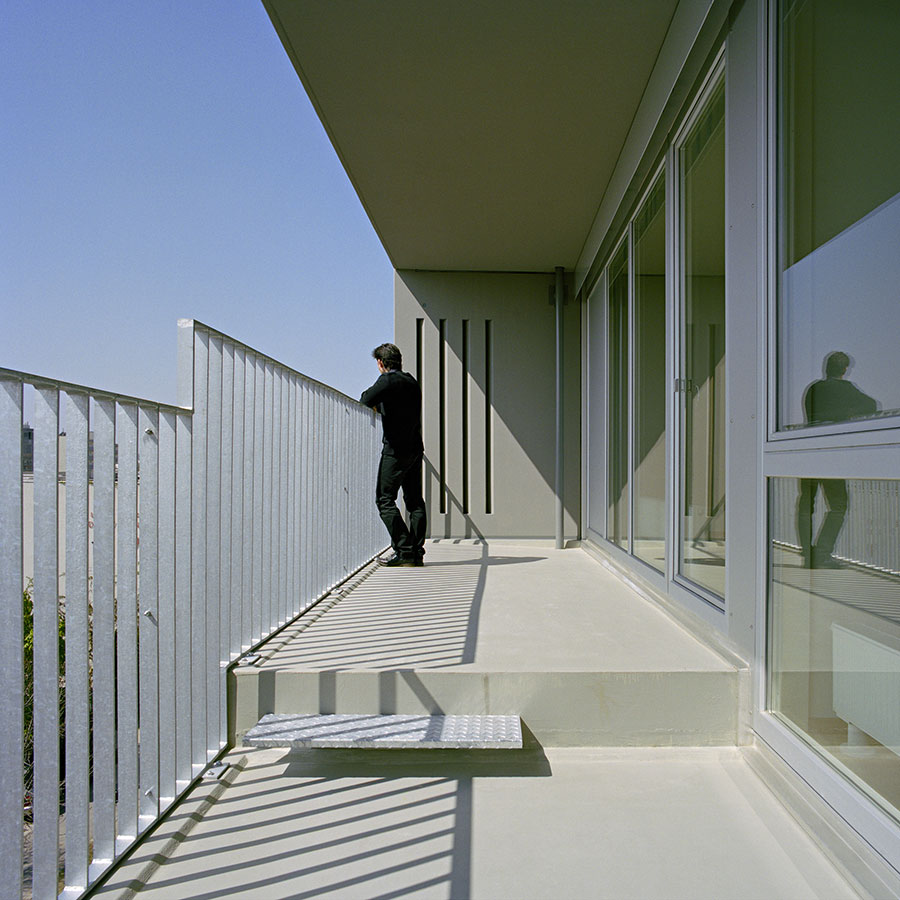 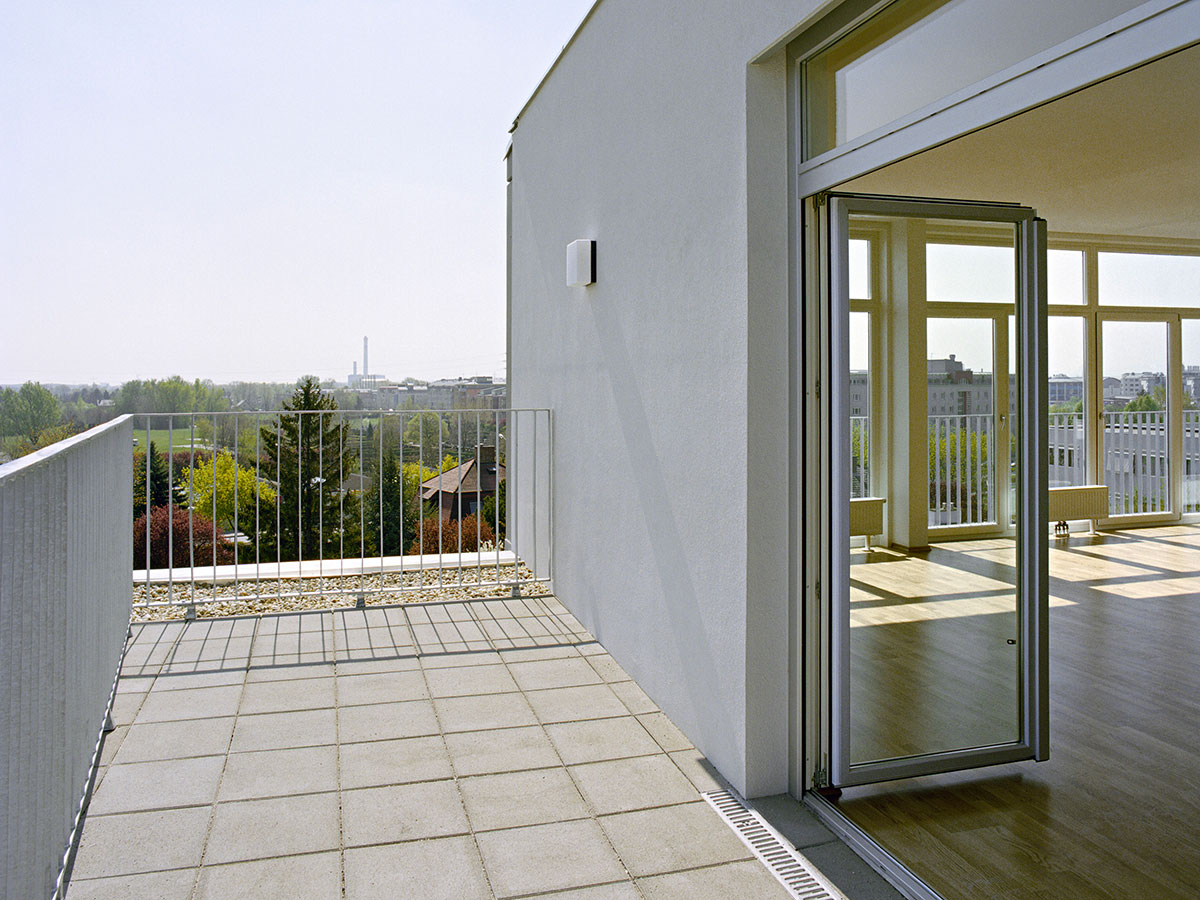 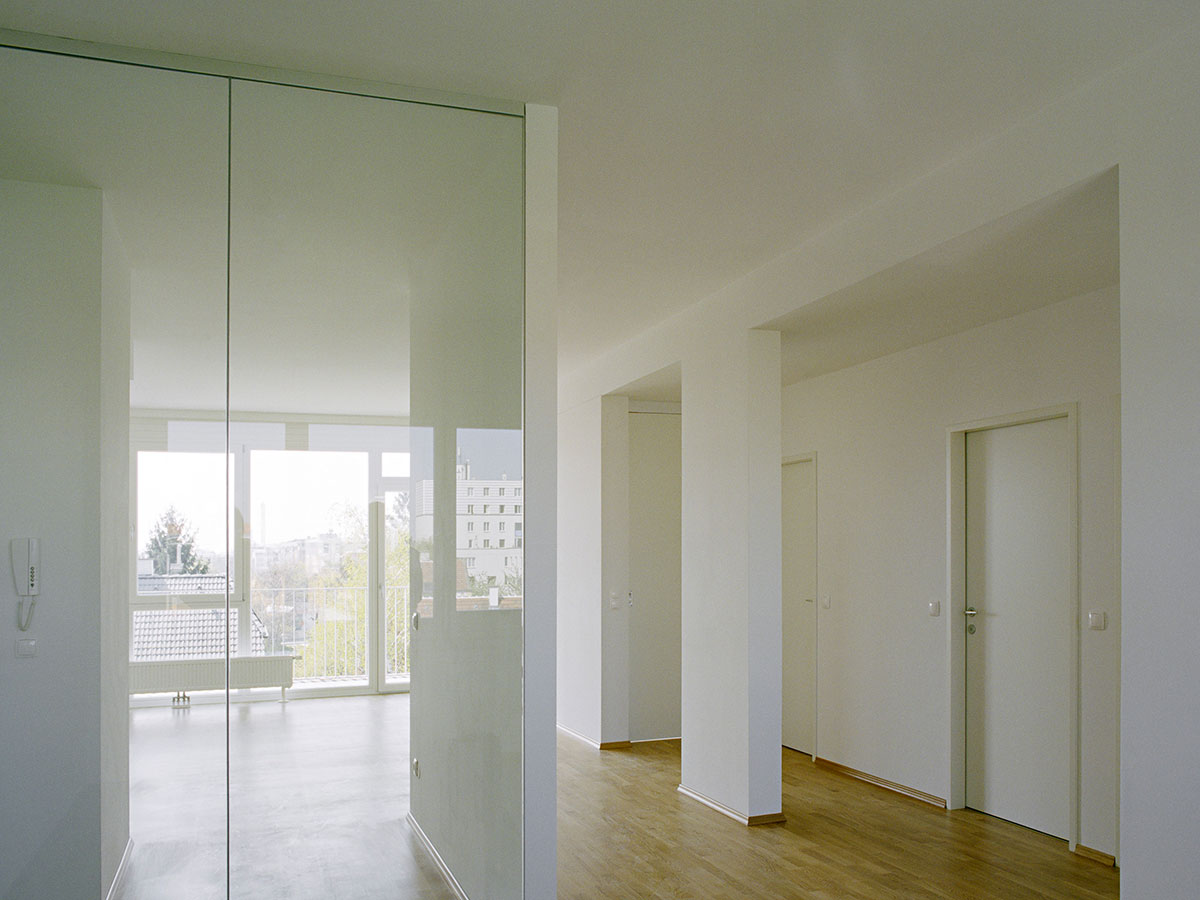 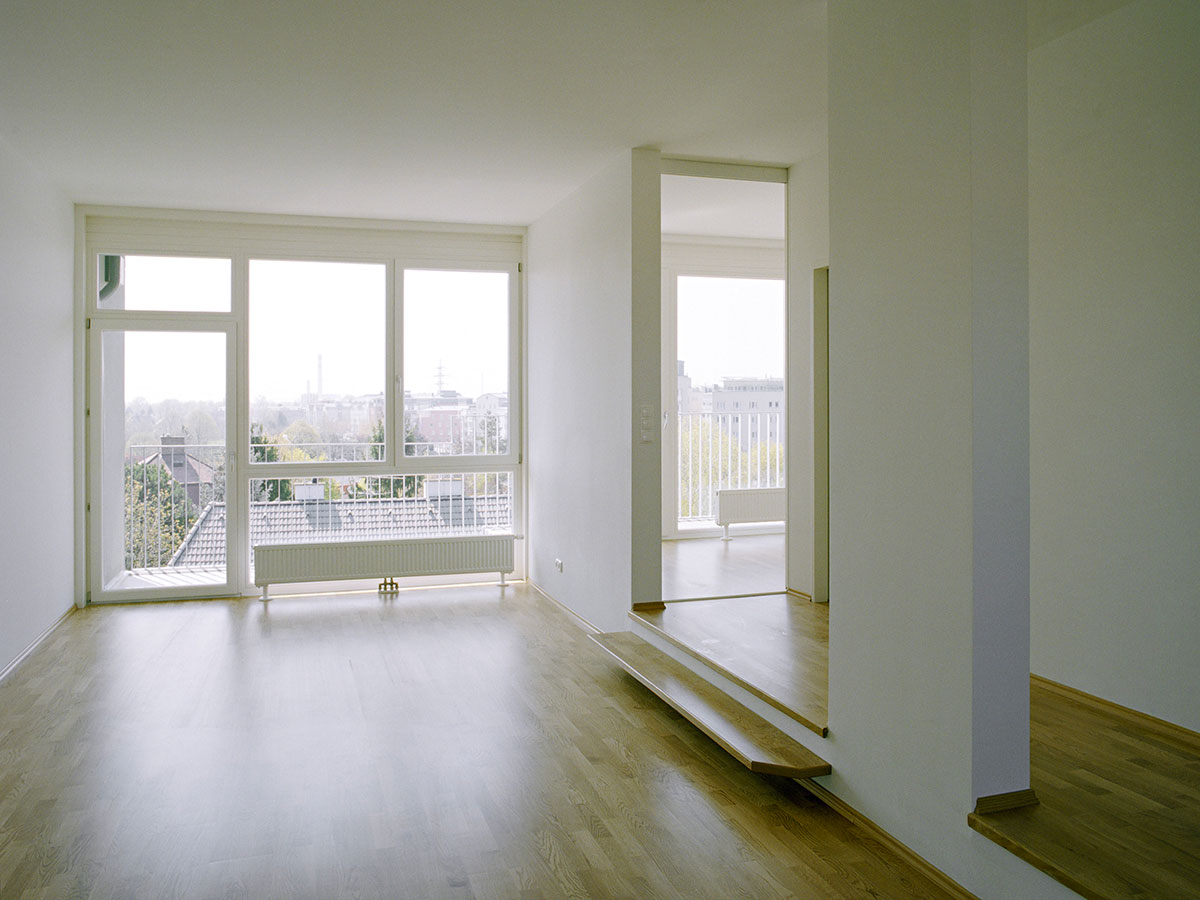 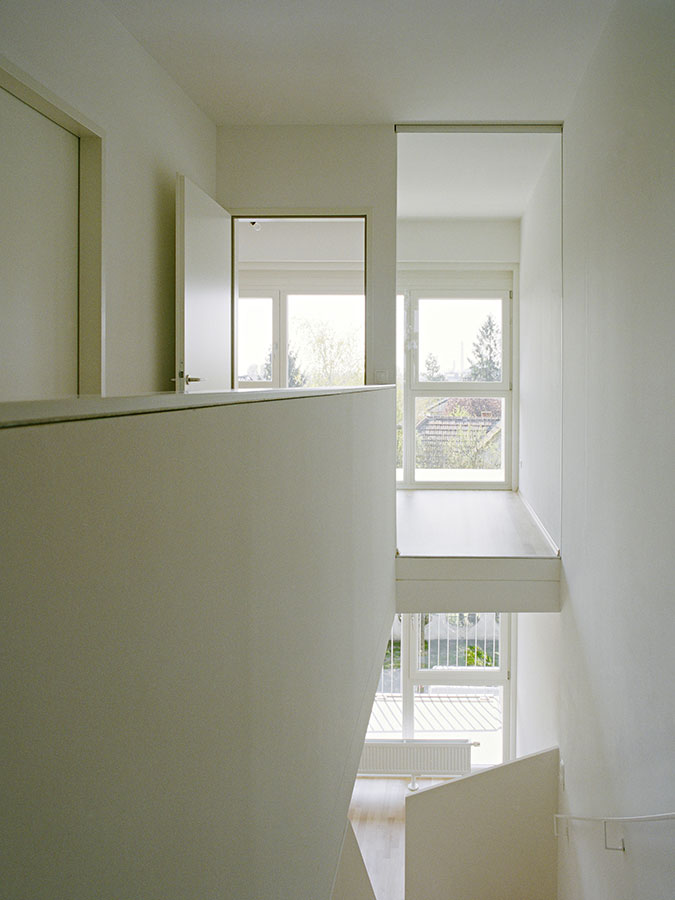 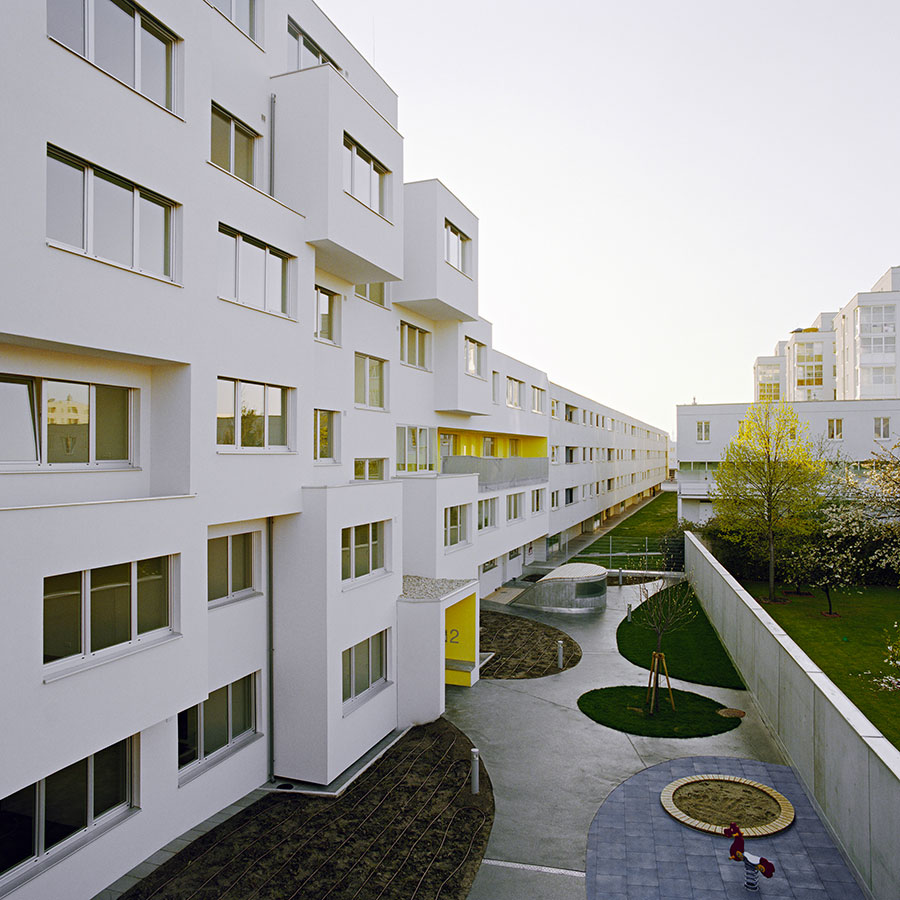 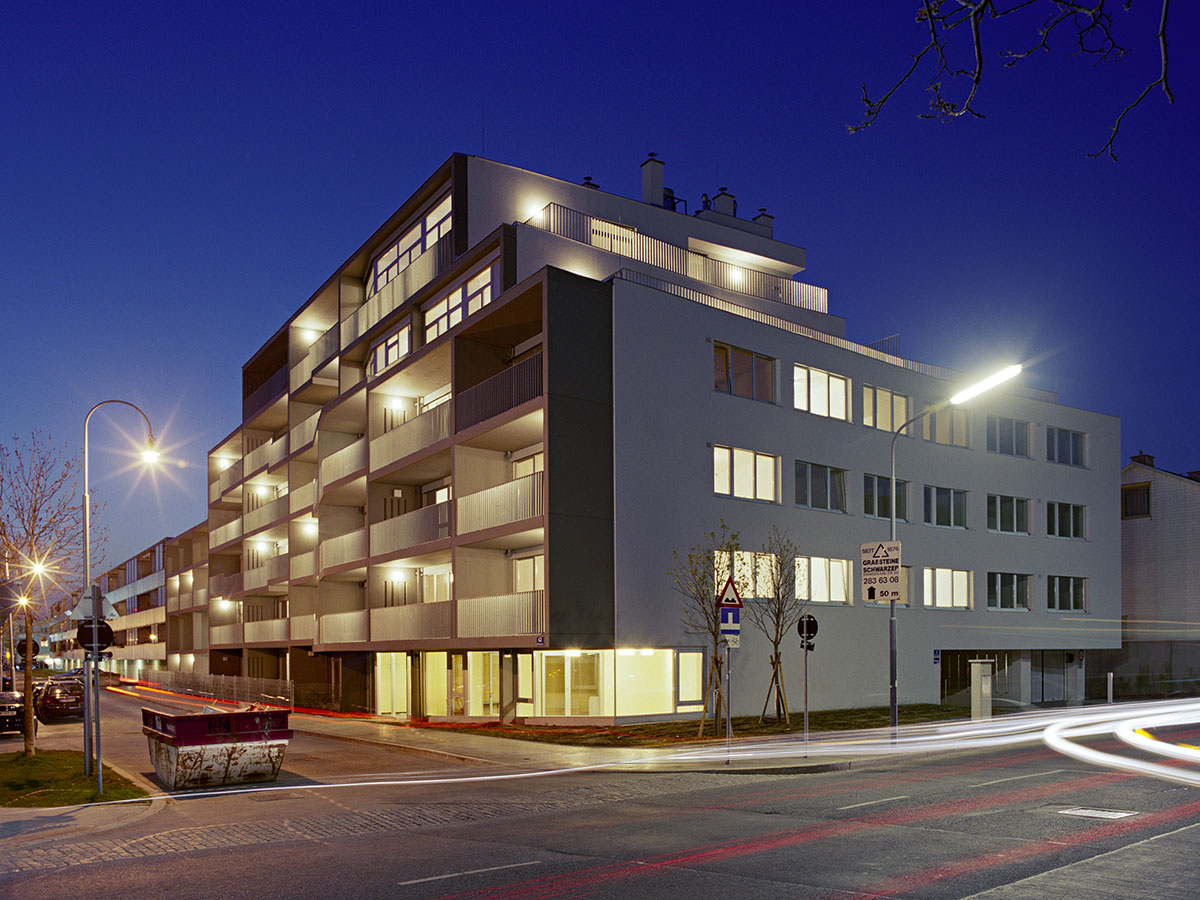 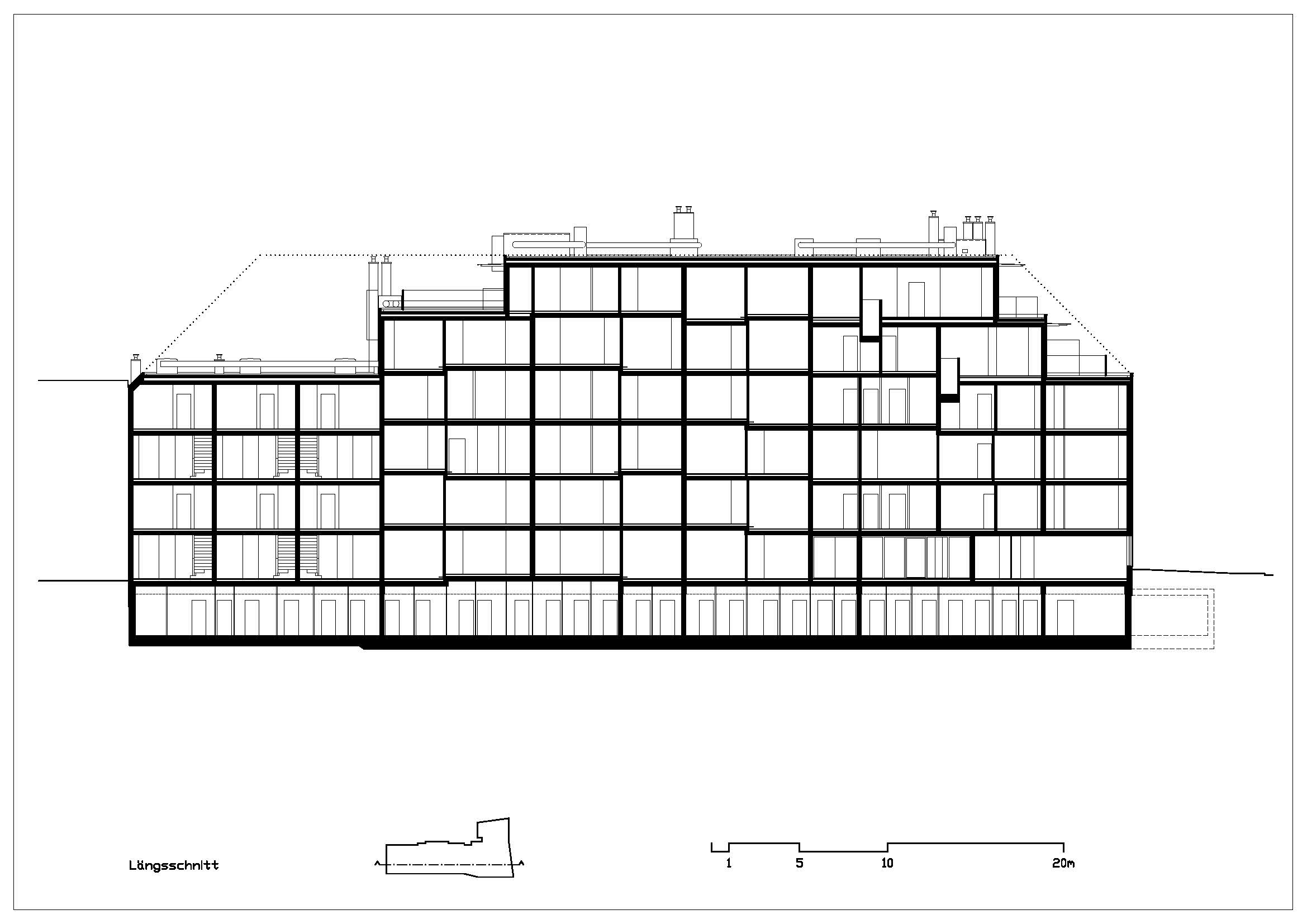 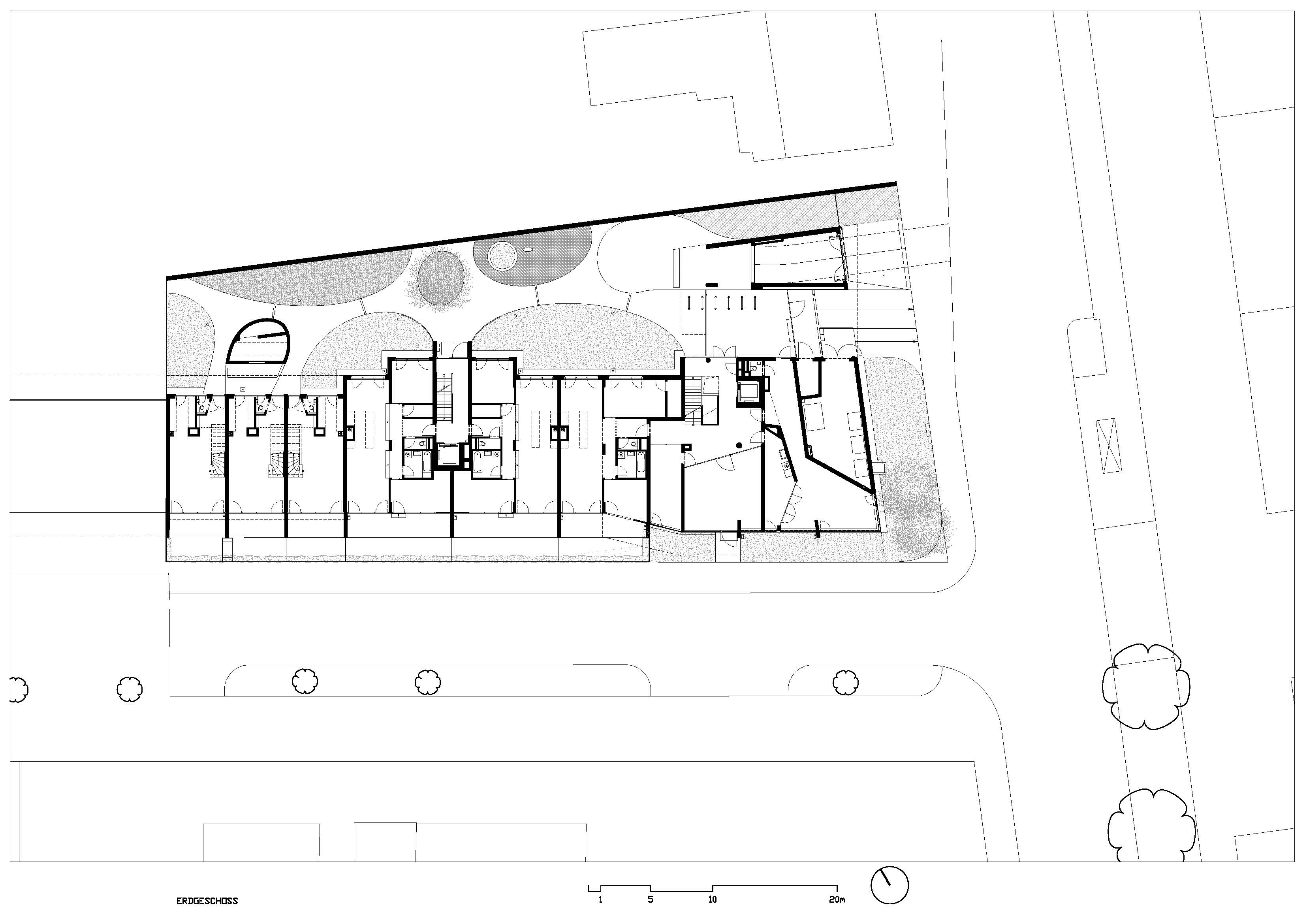 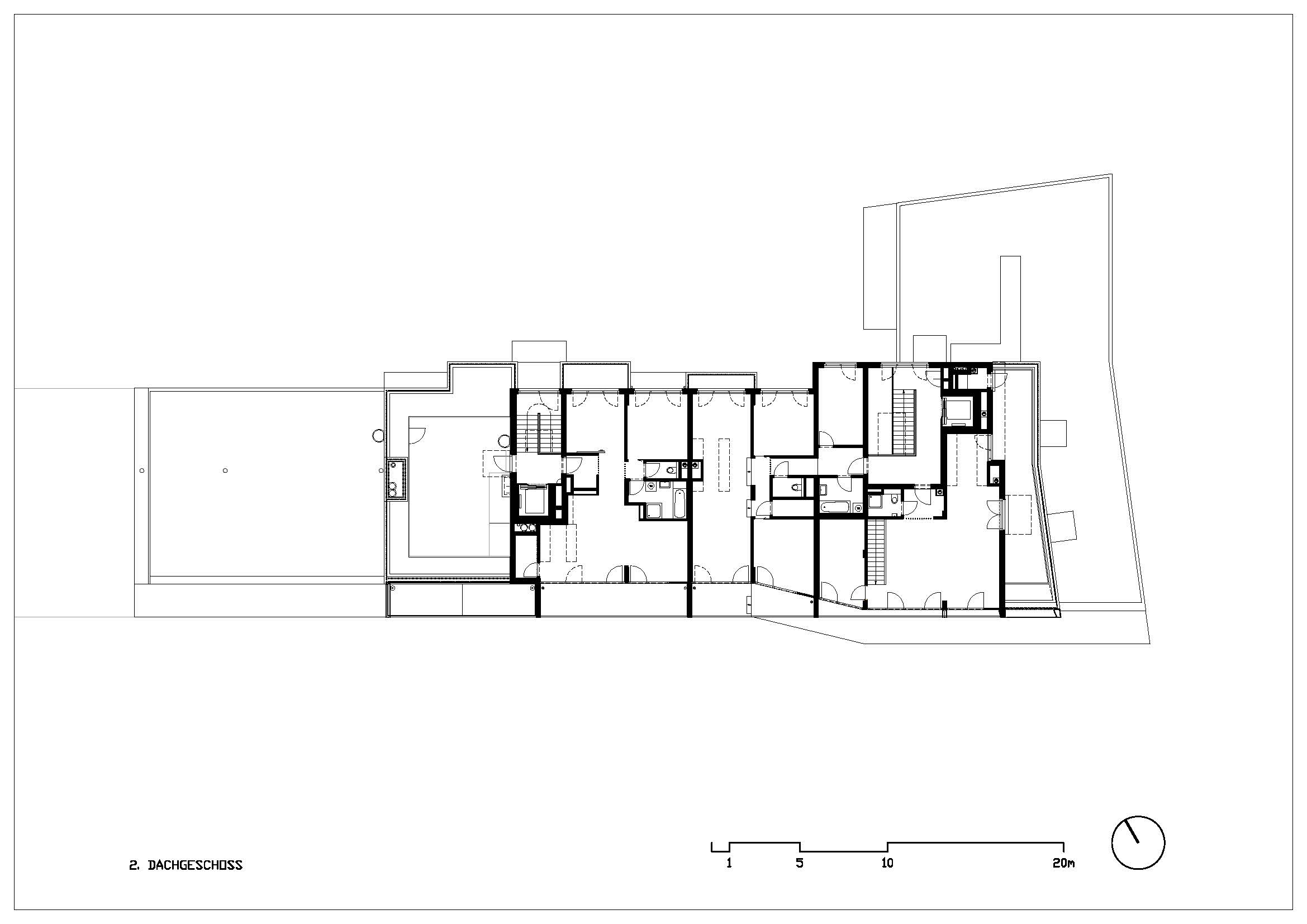 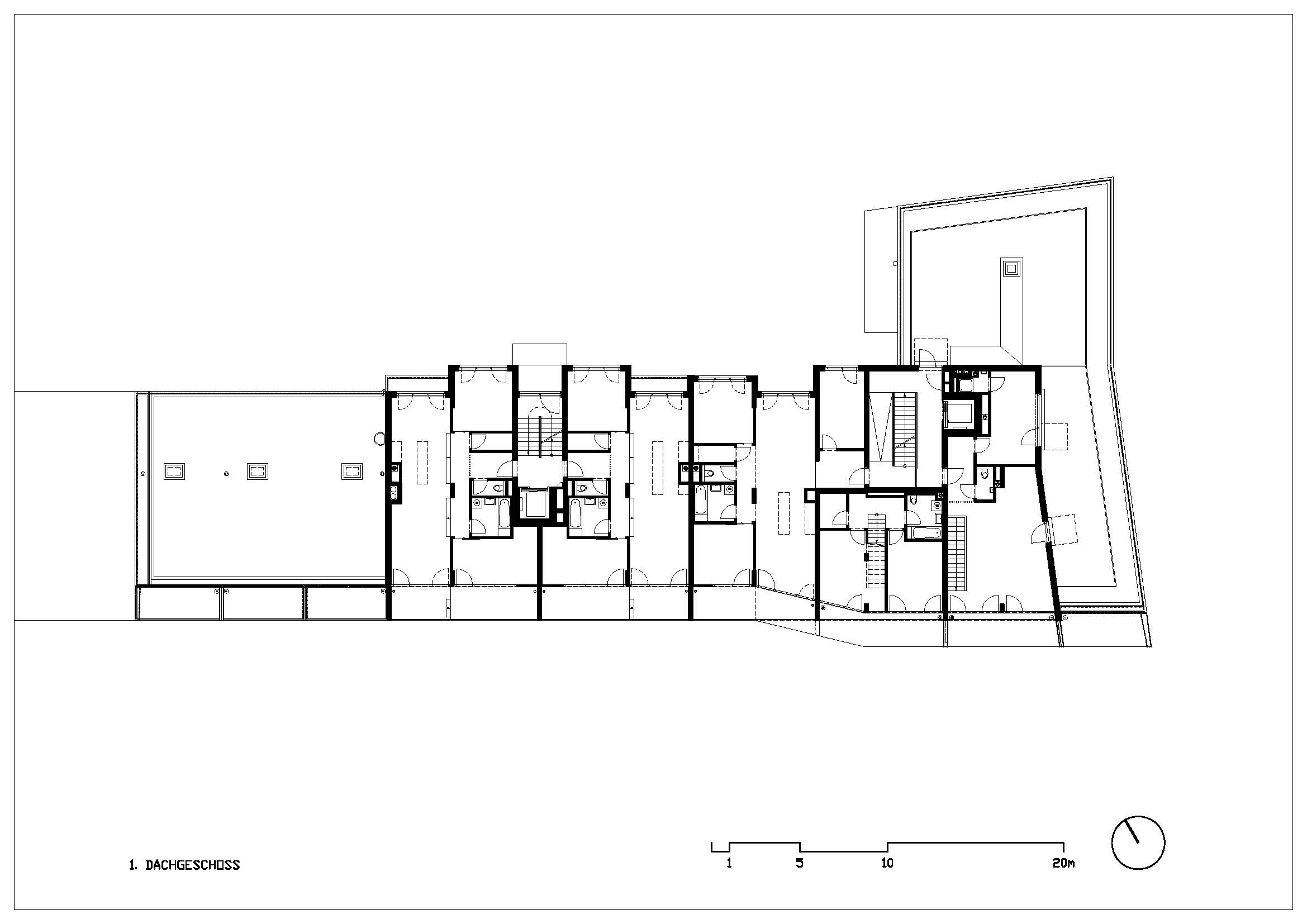 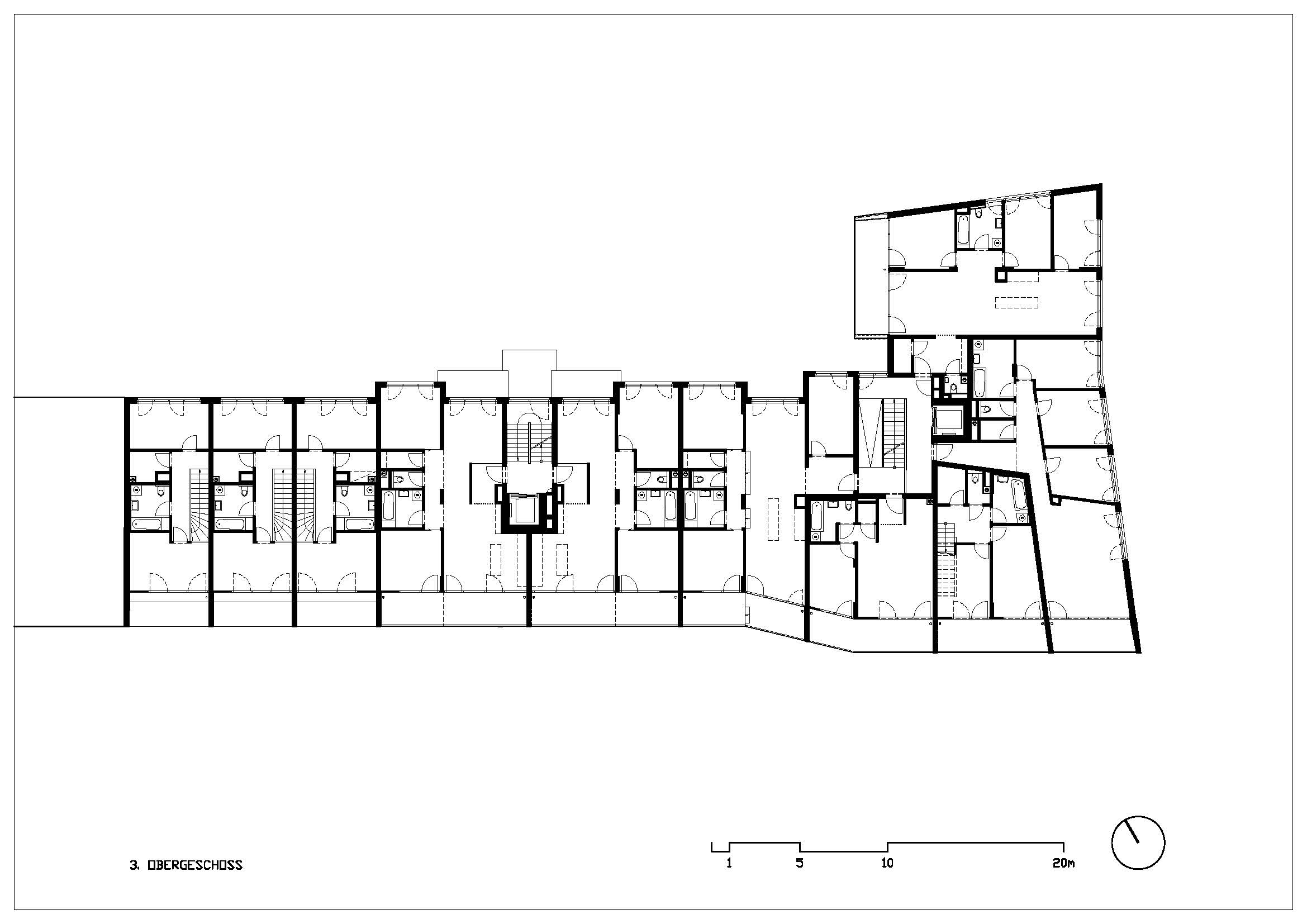 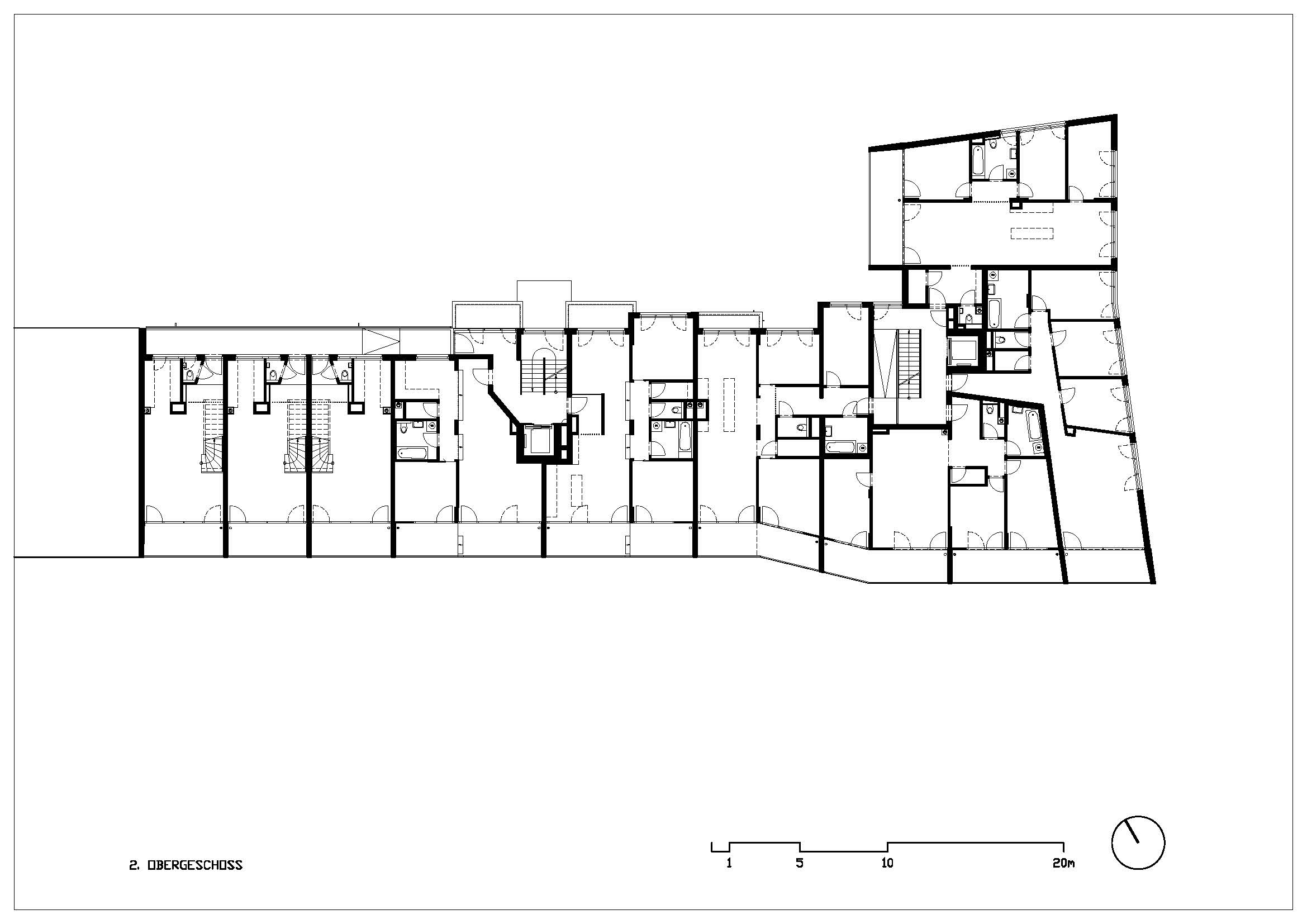 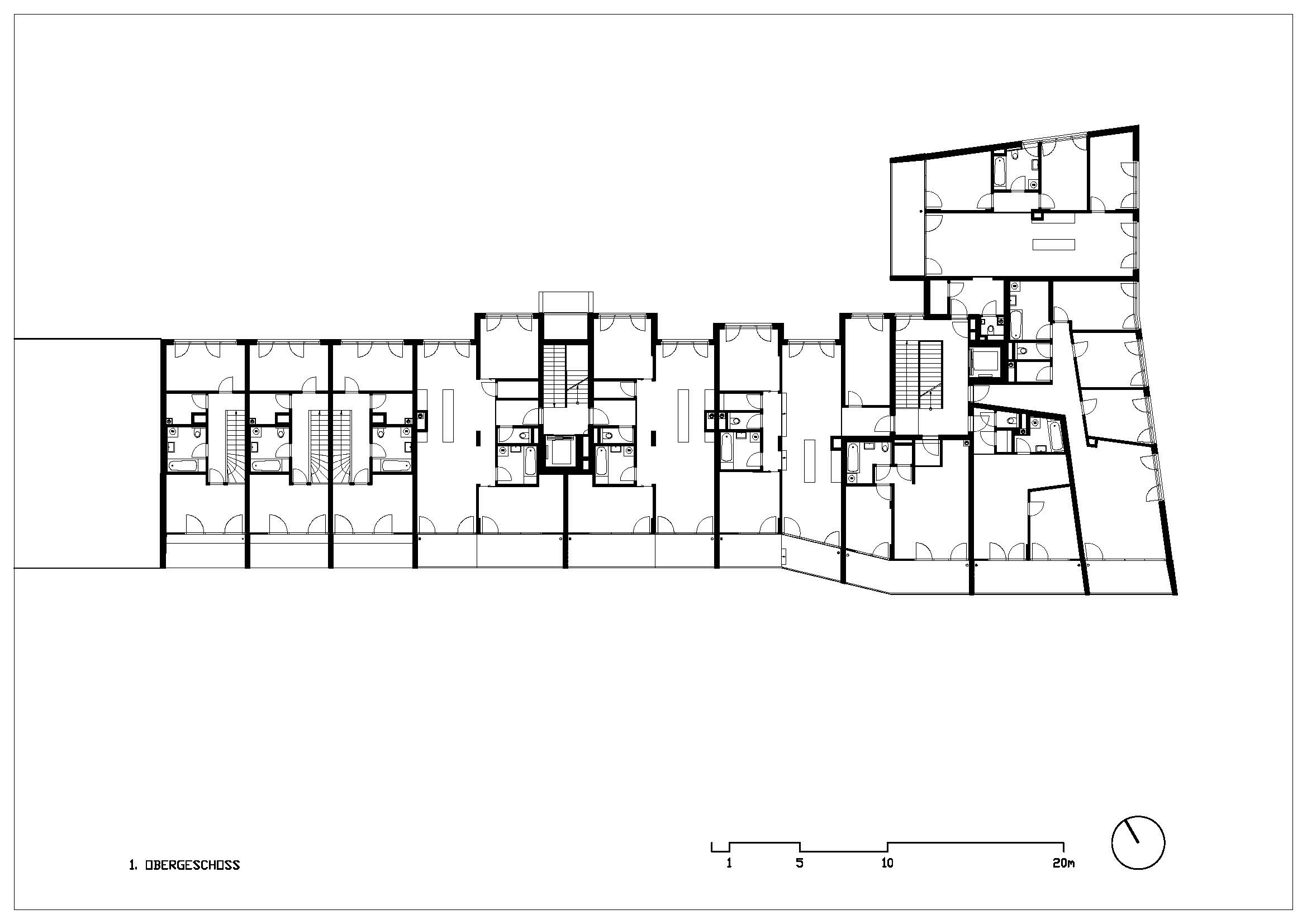 The particular significance of the public-housing complex Obdo derives from an applied research aiming at overcoming and altering the normative spaces of the standard Austrian apartment. We asked ourselves how to add spatial quality to the highly reglemented public housing. Subsequently we developed a principle that is based on the economic feasible minimum cubature of a single flat. Making some secondary and individual rooms lower allows for spacious and ample common rooms in the flat. So far we were able to test this idea in three different projects, of which obdo is the first that got realized. The project was the winner of a competition for teams composed of developers and architects.

The site of the project at the corner of Eibengasse and Oberdorfstrasse is coined by a heterogeneous, sub-urban neighbourhood: a fragmentarily built structure that alternates between a rural character and 19th-century multi-storey urban building developments. The design creates a structure that follows the street-space, creating a peak at the corner itself, which is derived by an interpretation of the building regulations. Thus the building’s structure generates a maximum of cubature, a bonus that is not used for additional flats, but for the benefit of the required apartments.

The significant quality of the apartments though lies in their differentiated room-heights, which are derived from the above-mentioned research: spacious common rooms have a greater room height, whereas individual spaces become low ceilinged. Additionally, each apartment has its own spacious and private outdoor-space. On the roof two common areas allow sunbathing and parties in summer.