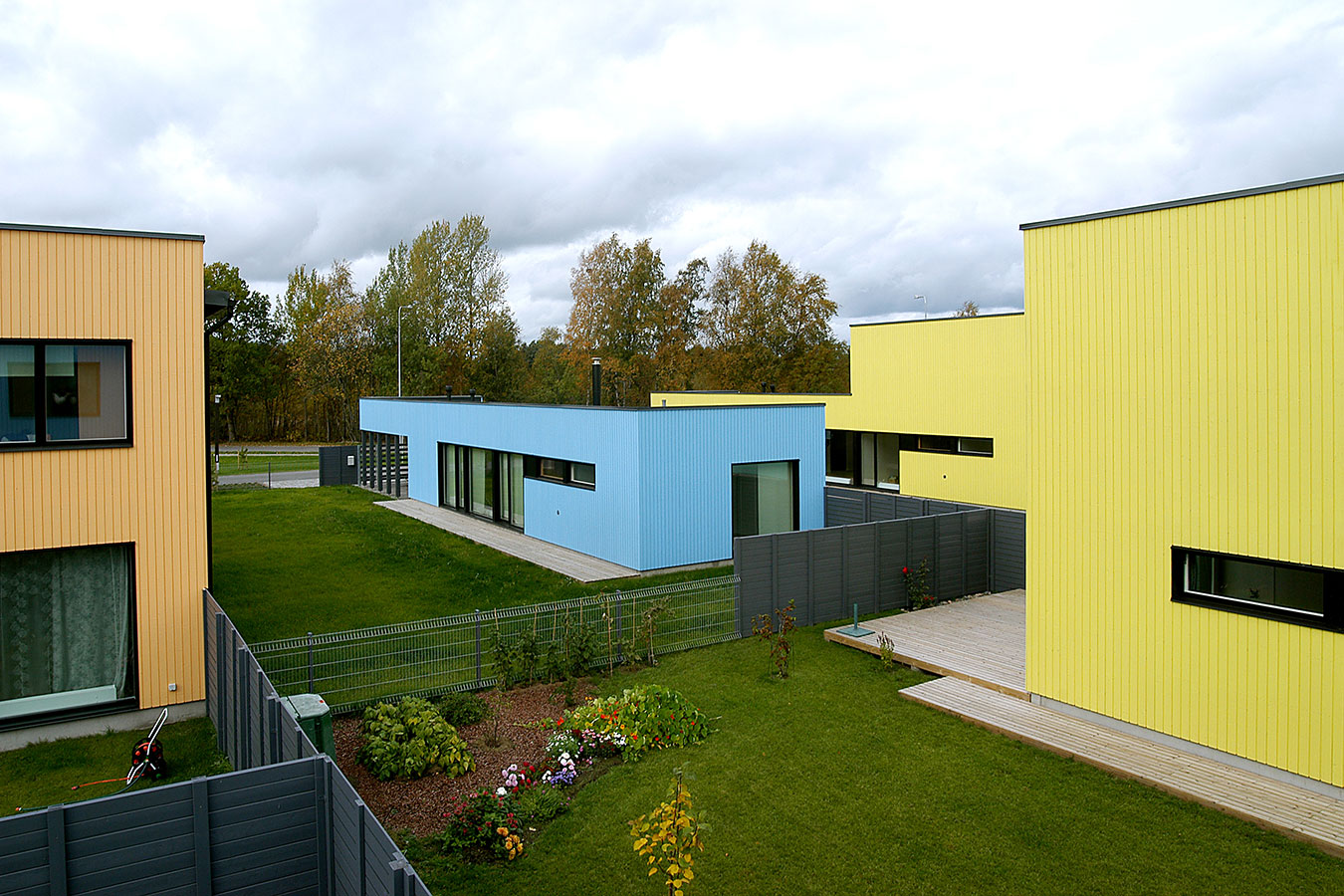 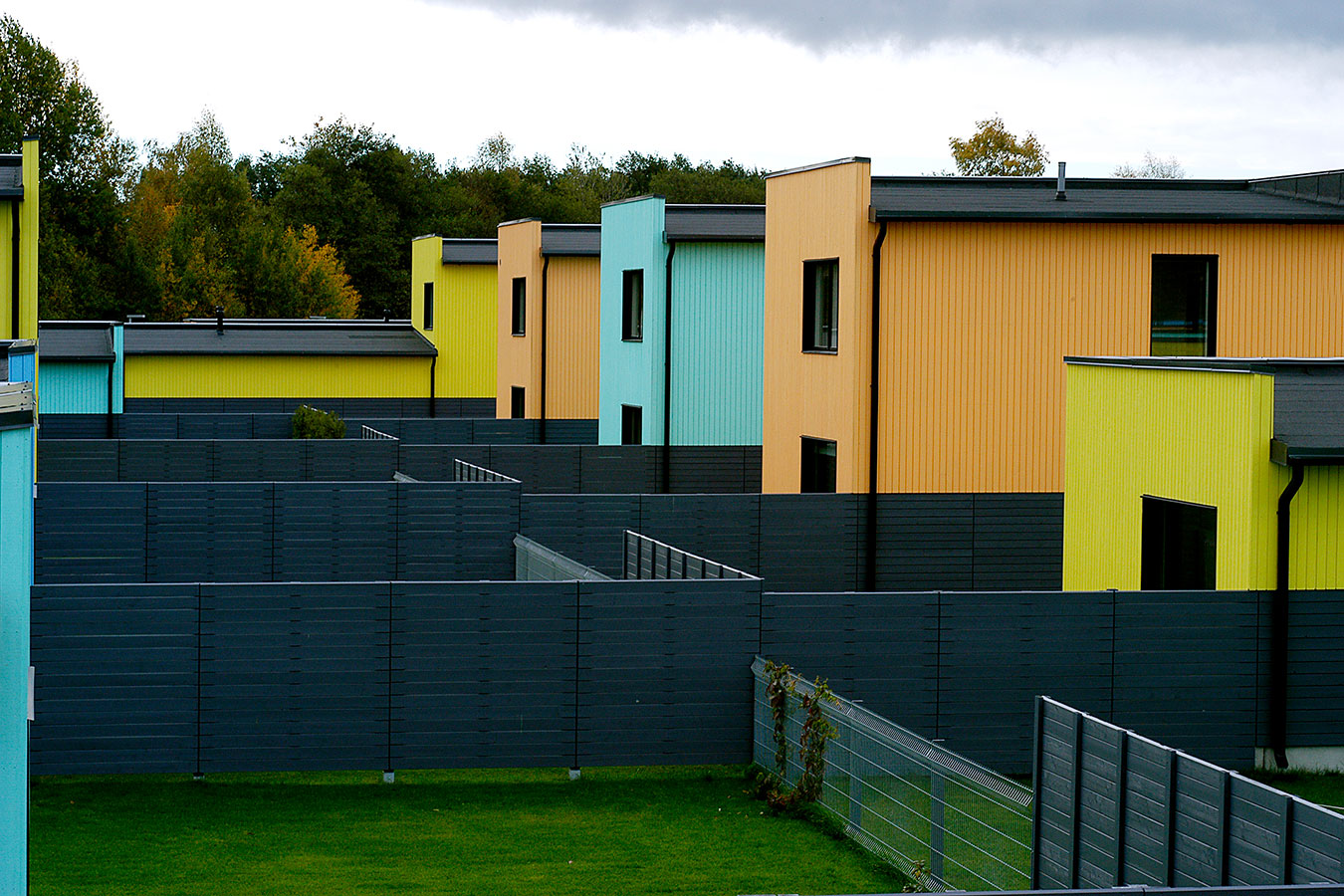 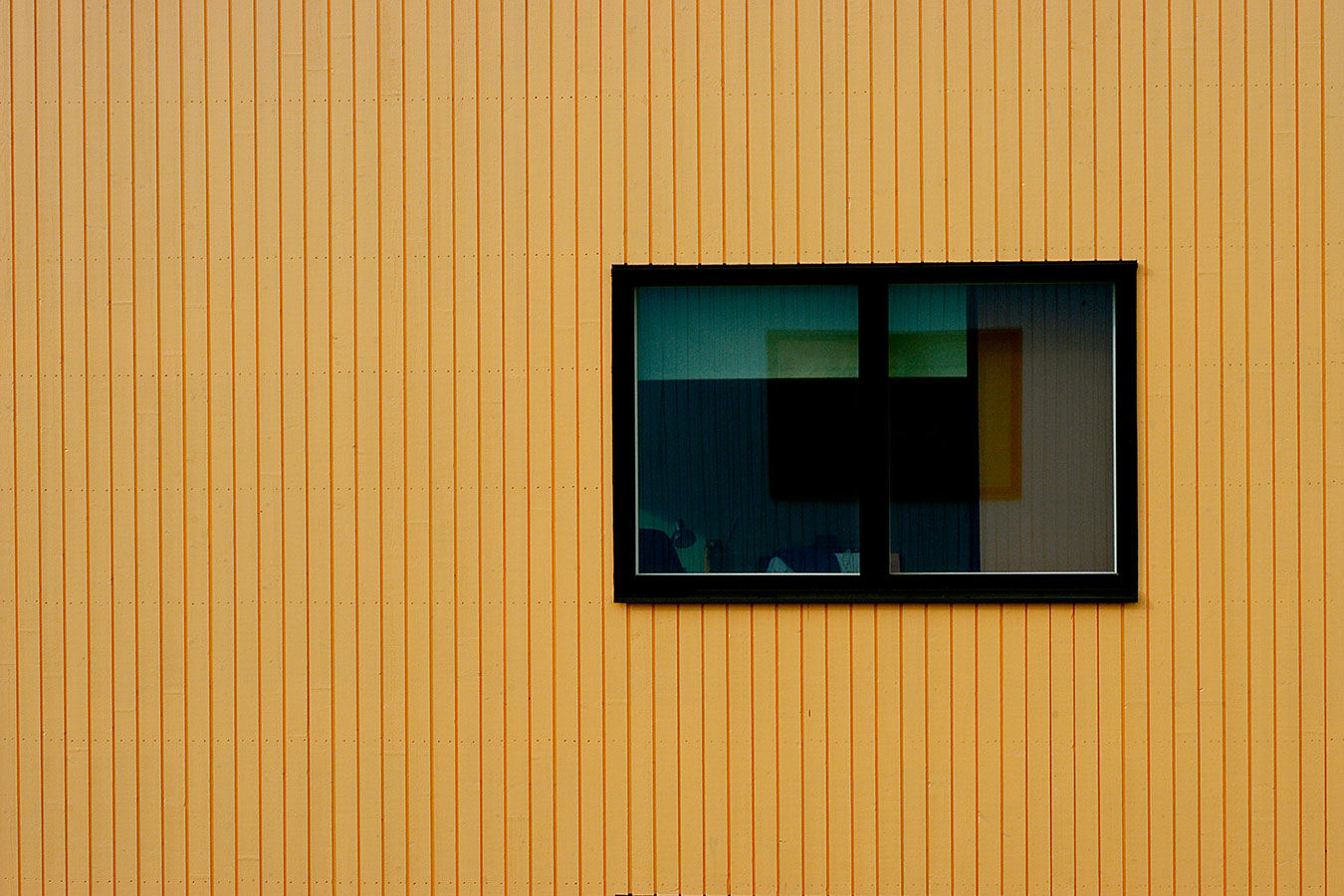 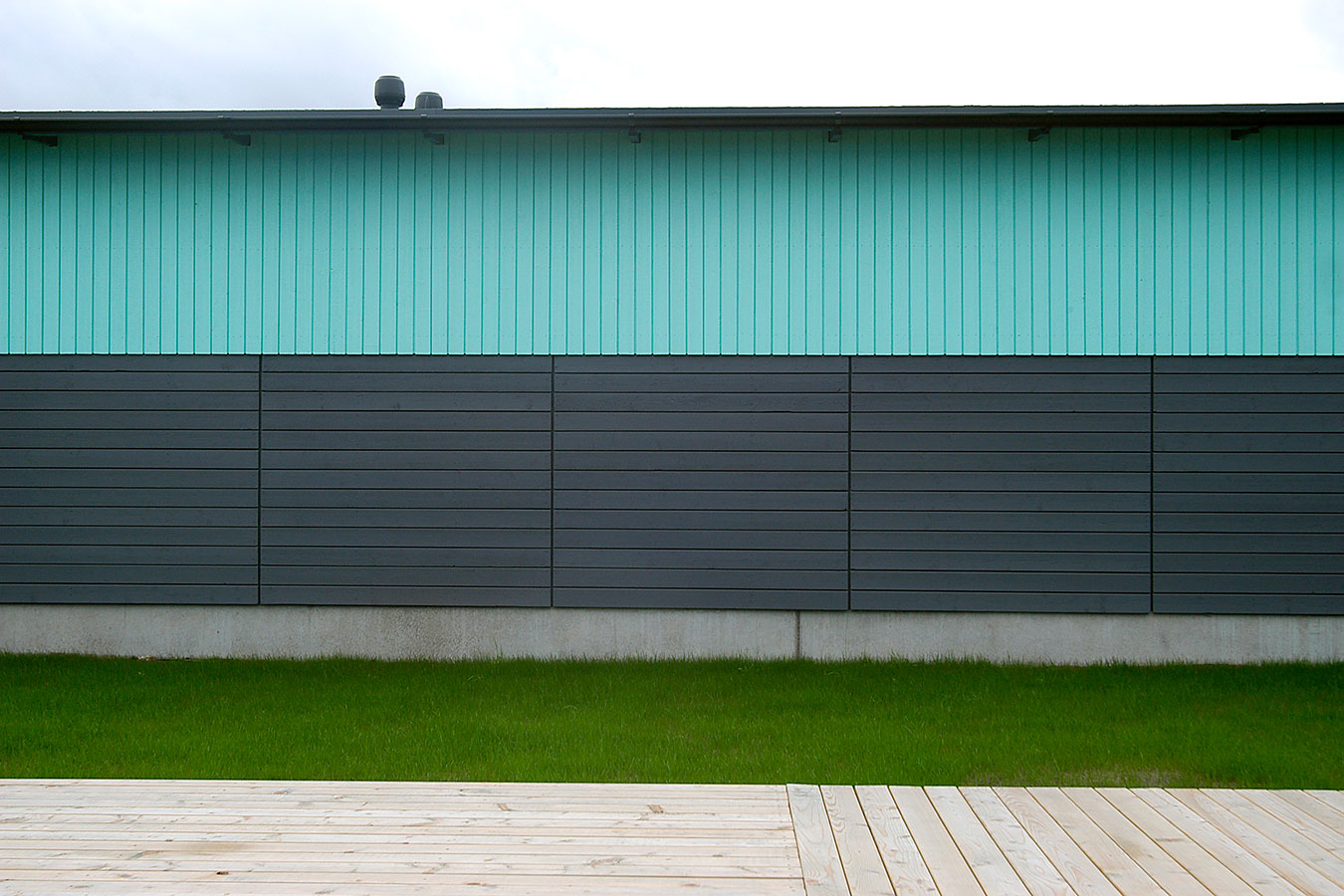 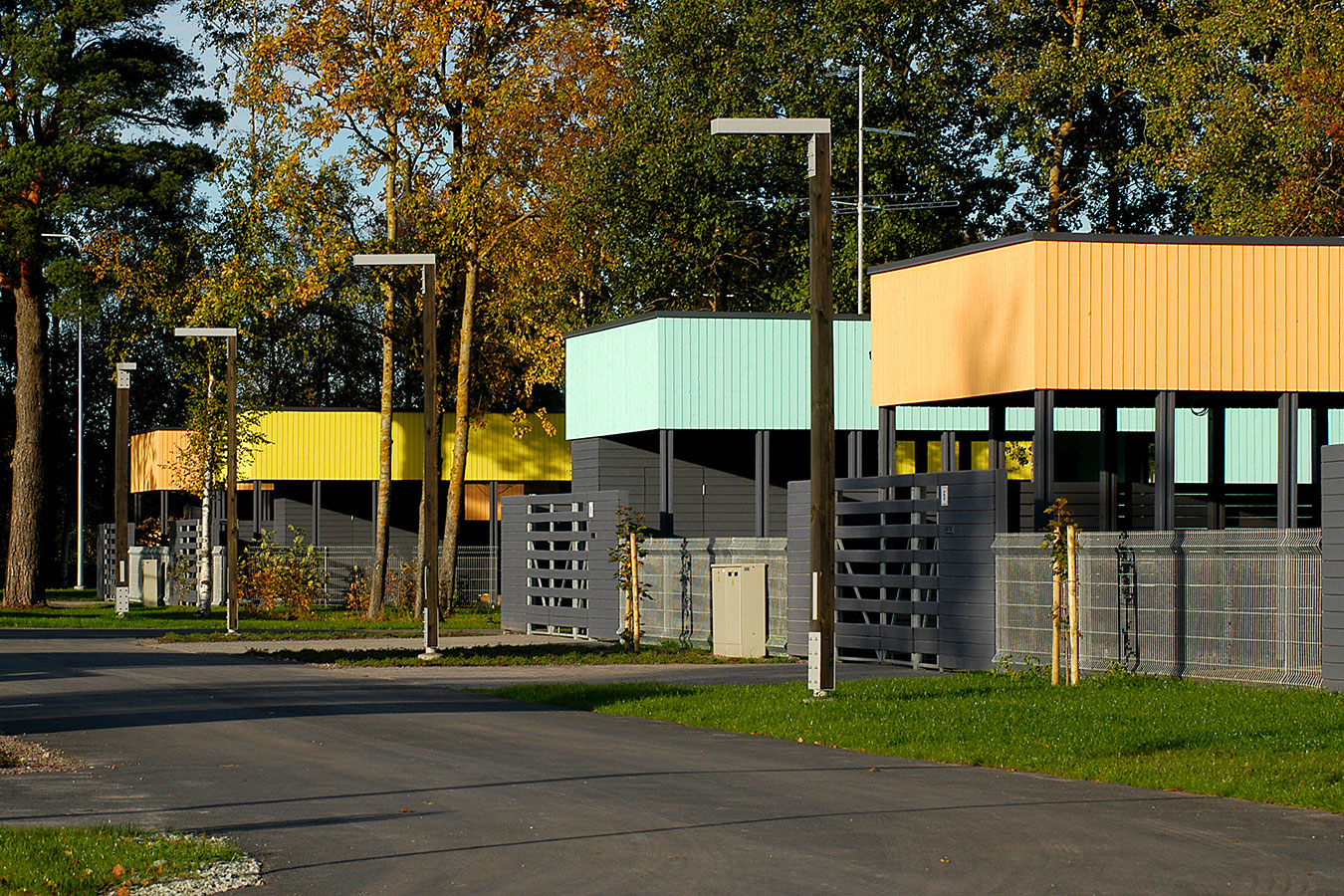 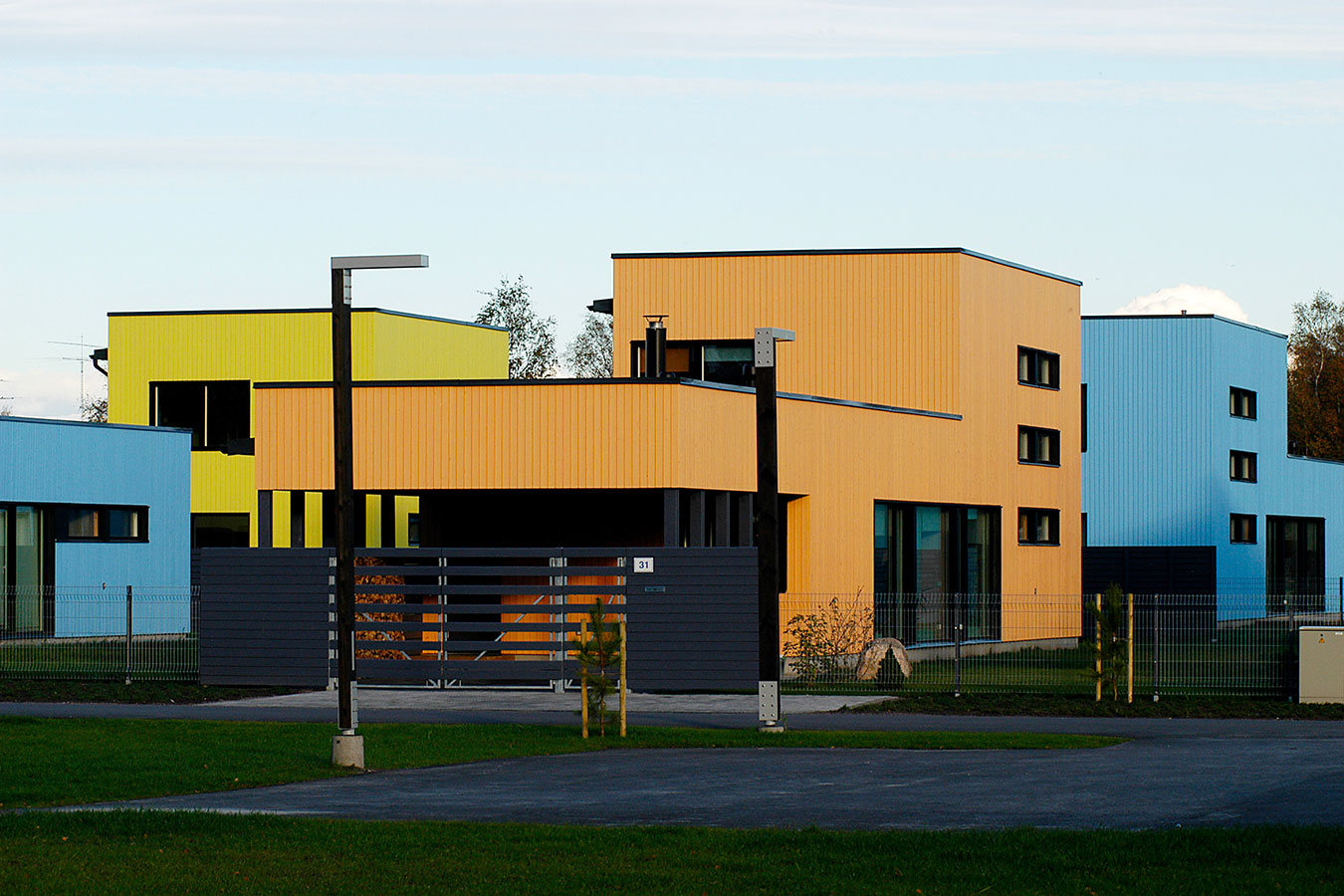 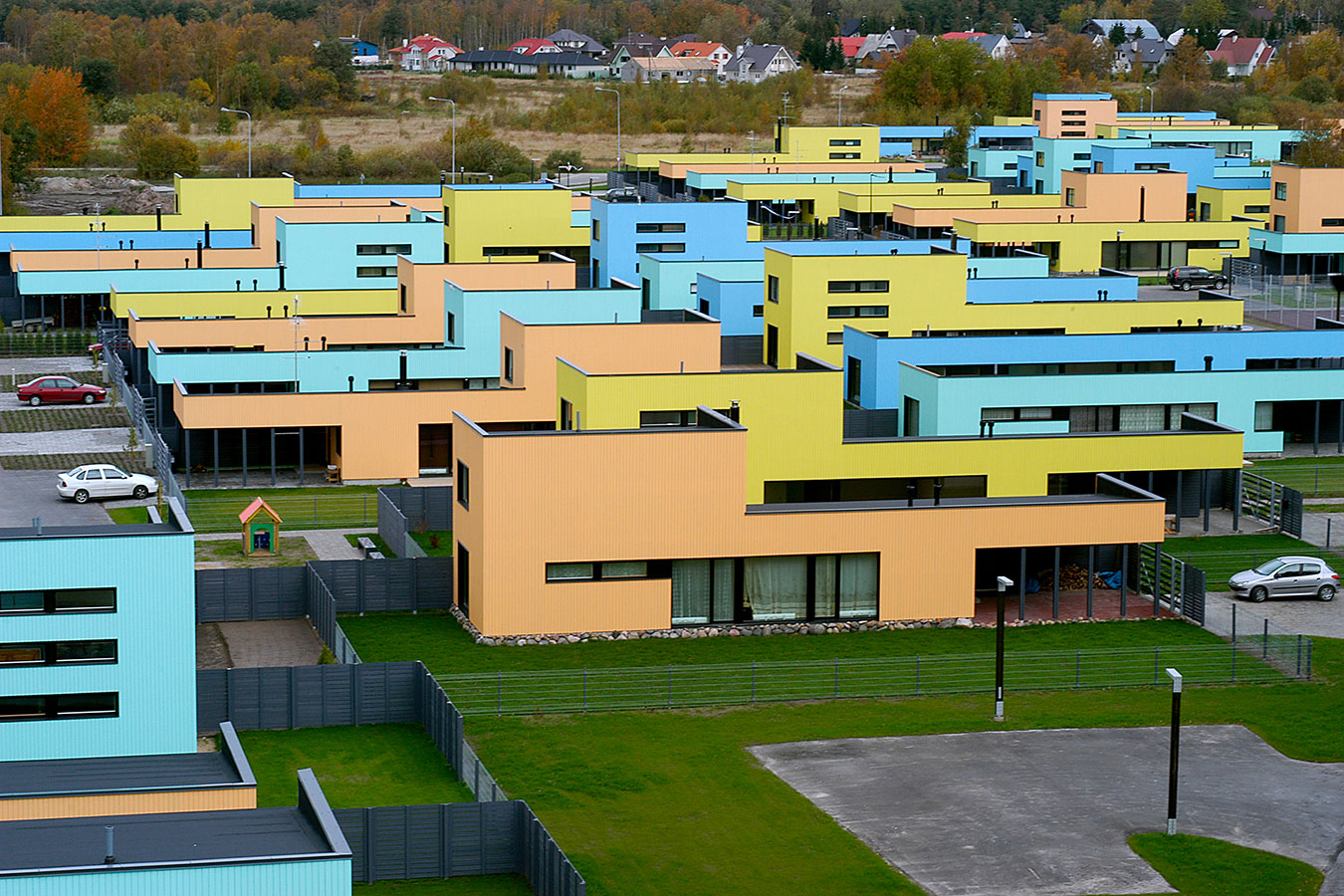 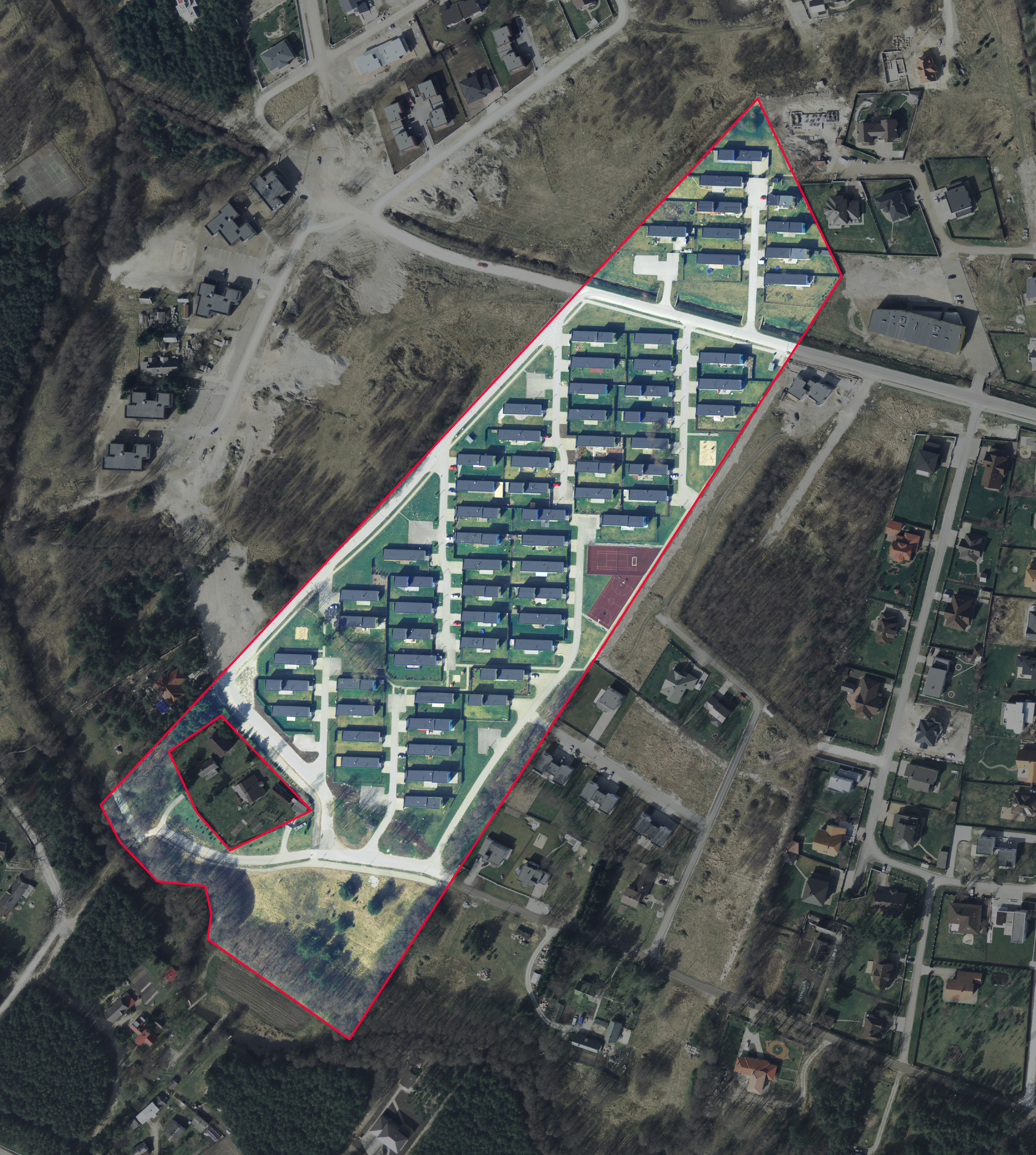 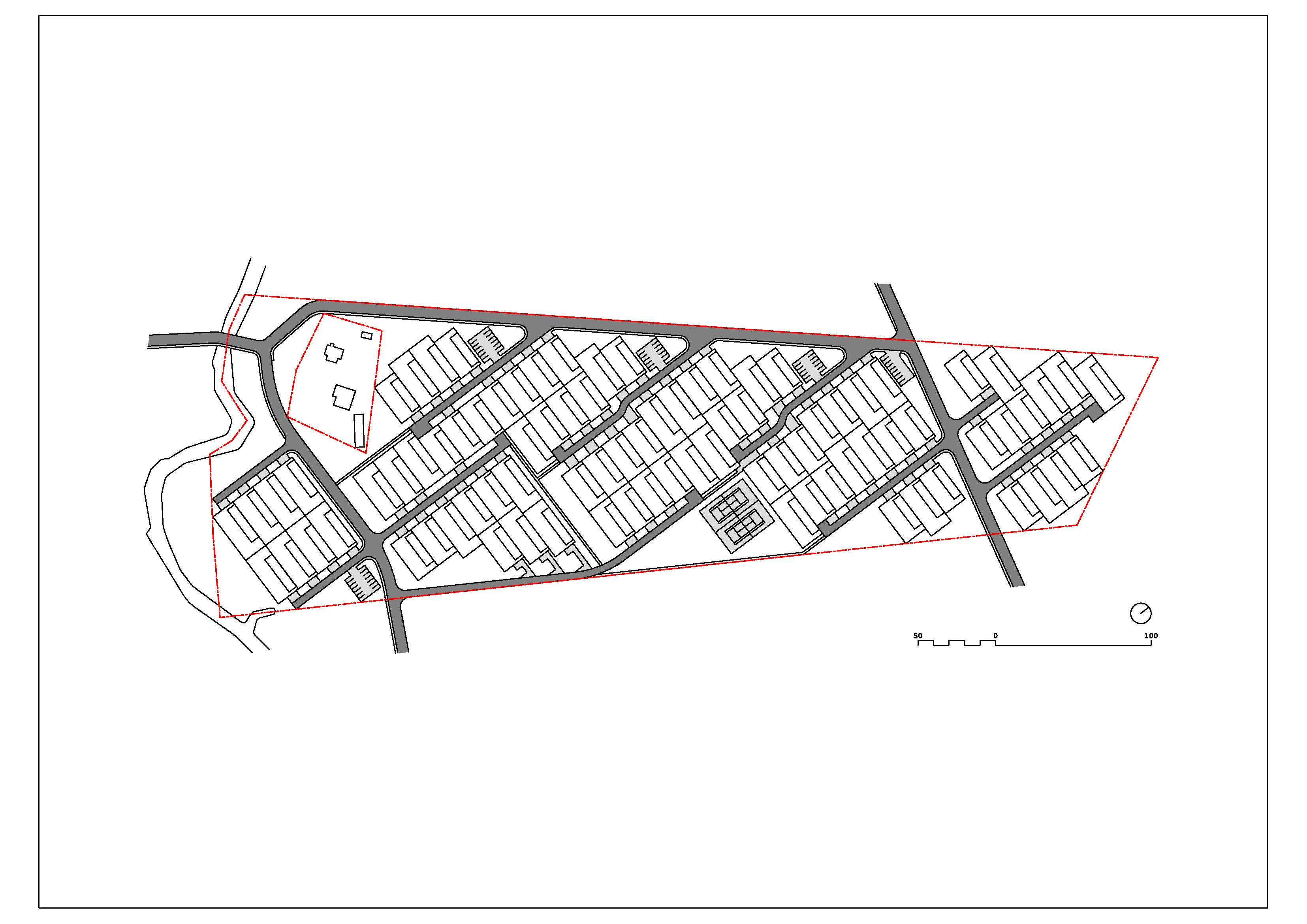 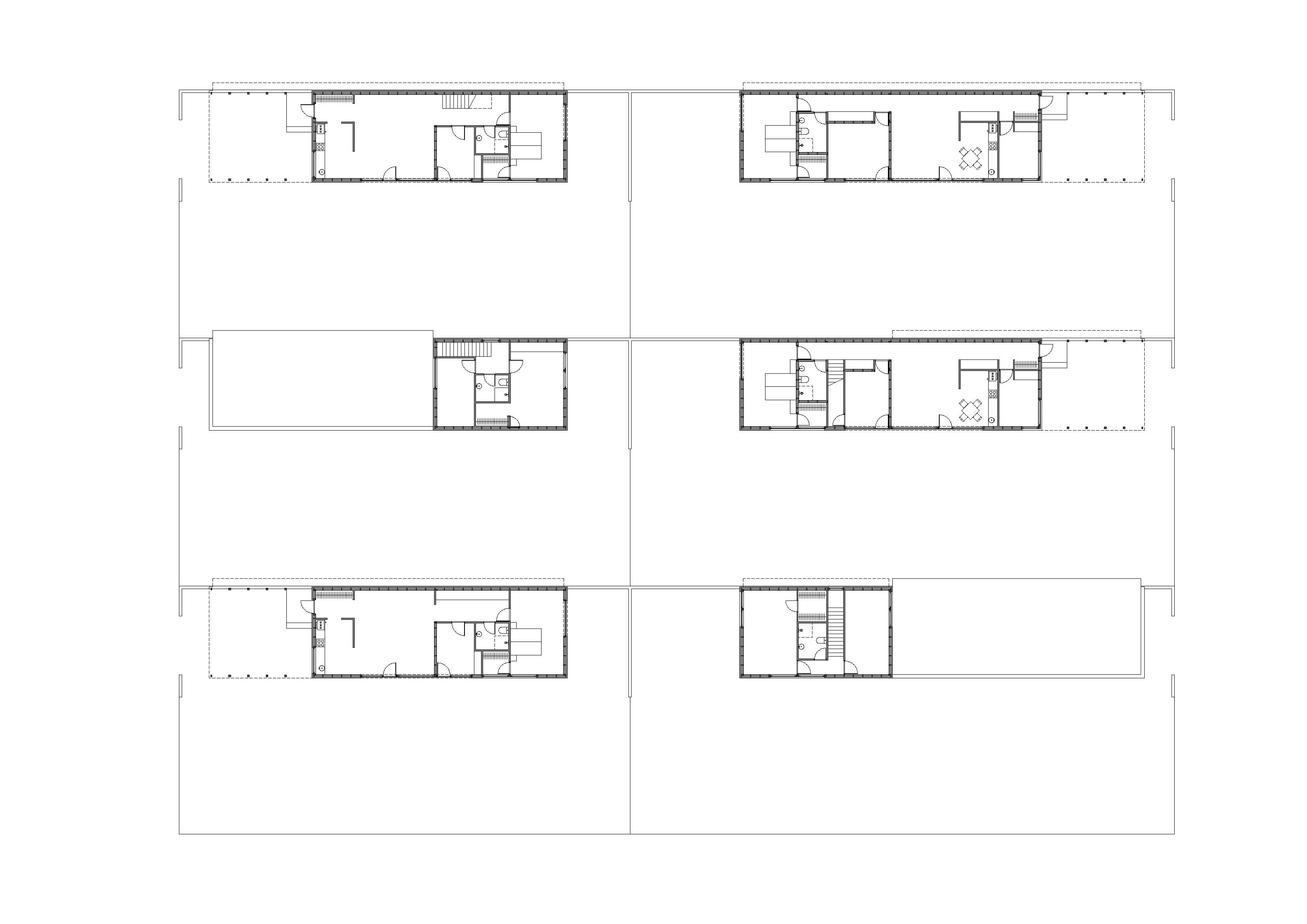 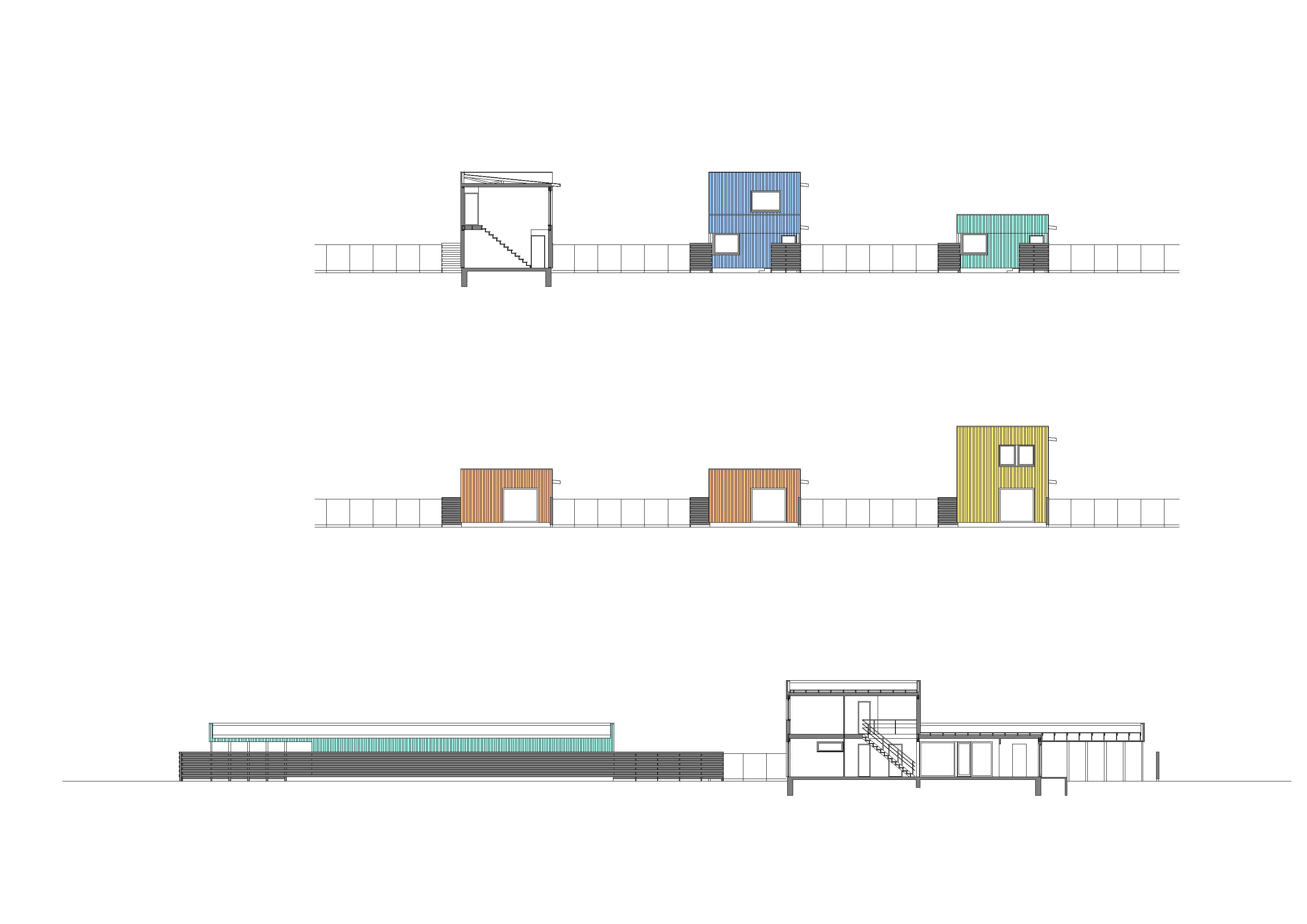 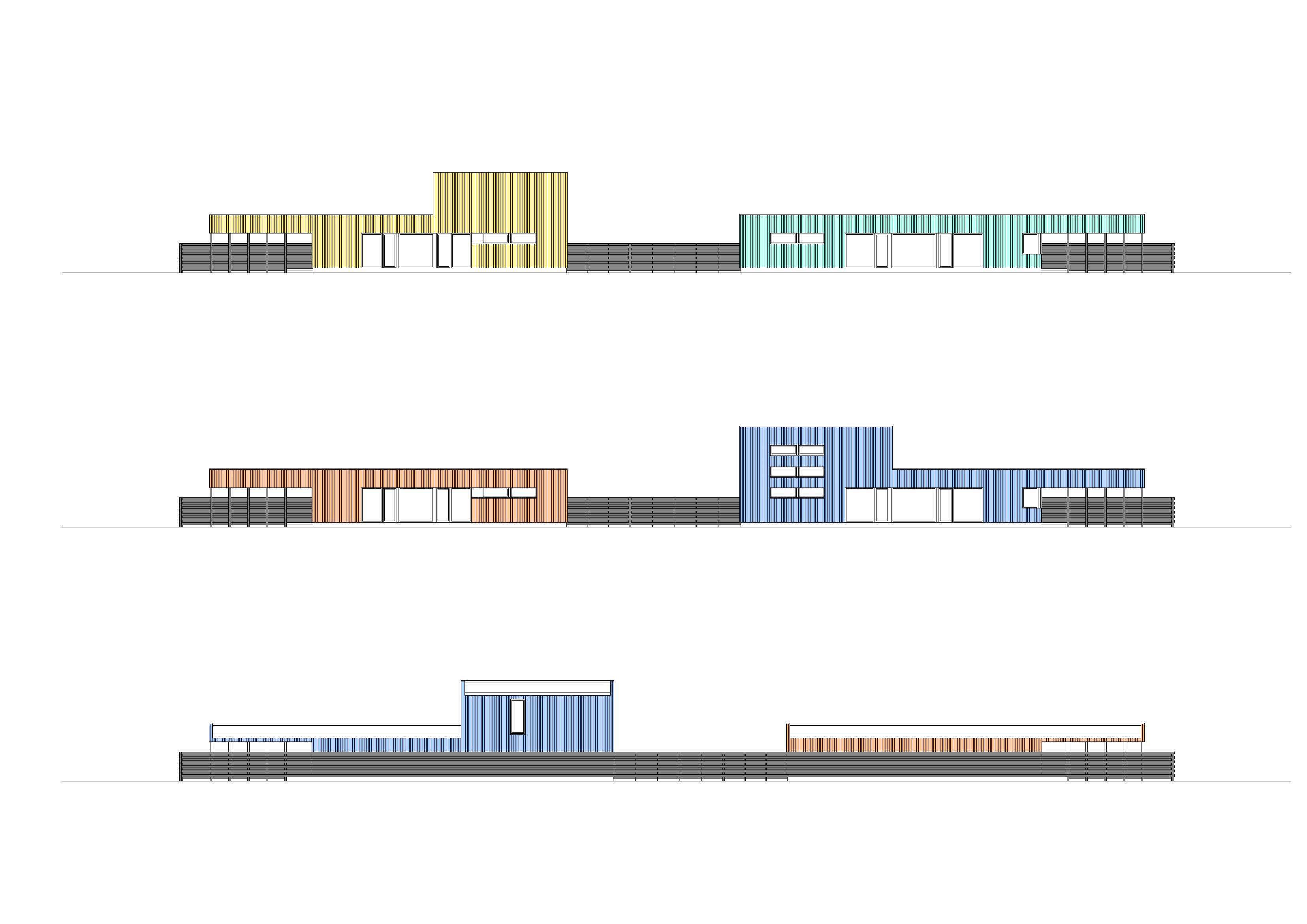 Initiated by Tallinn City Government, there was a competition in 2001 for cheap private housing onto the city-owned 8,7 Ha land plot.

Aaviku development is built as so called public-private partnership – the City Government permitted the 50-year land lease, houses are built and sold at the fixed prices by the private undertaker. Both were interested to build as much and as cheap as possible.

We planned only the main structure of area and four general types of houses (whole area 83-140 sqm.). Certain houses were not connected to certain plot. There are plots of two sizes – 460 and 560 sqm.

New inahbitants could choose the house type and the colour of the house.

The only rule was – two houses of same colour could not be situated side by side.

So the people participated in creating this colourful complex.

Houses are situated on the northen border of the each plot, so all the windows are opening to the south and area of courtyard is as large and as private as possible.

Houses were built in prefabricated wooden panels and finished on the plot.