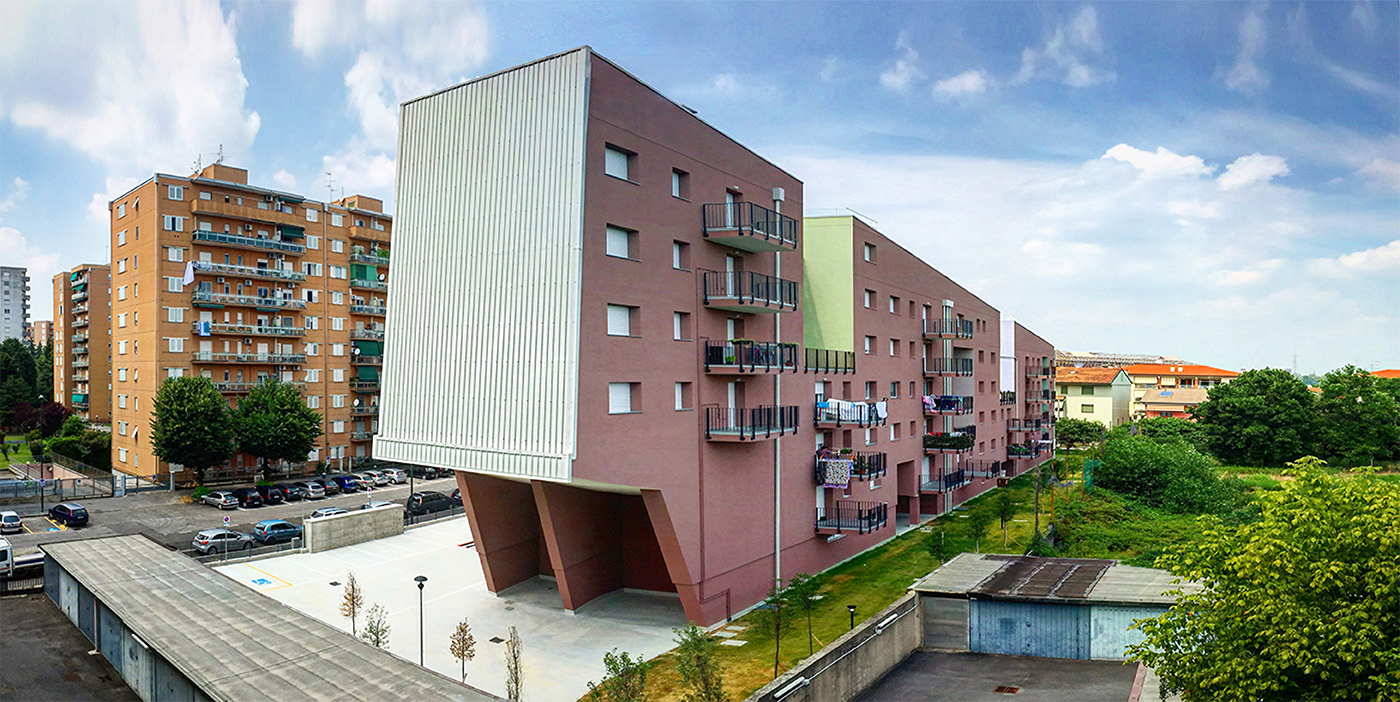 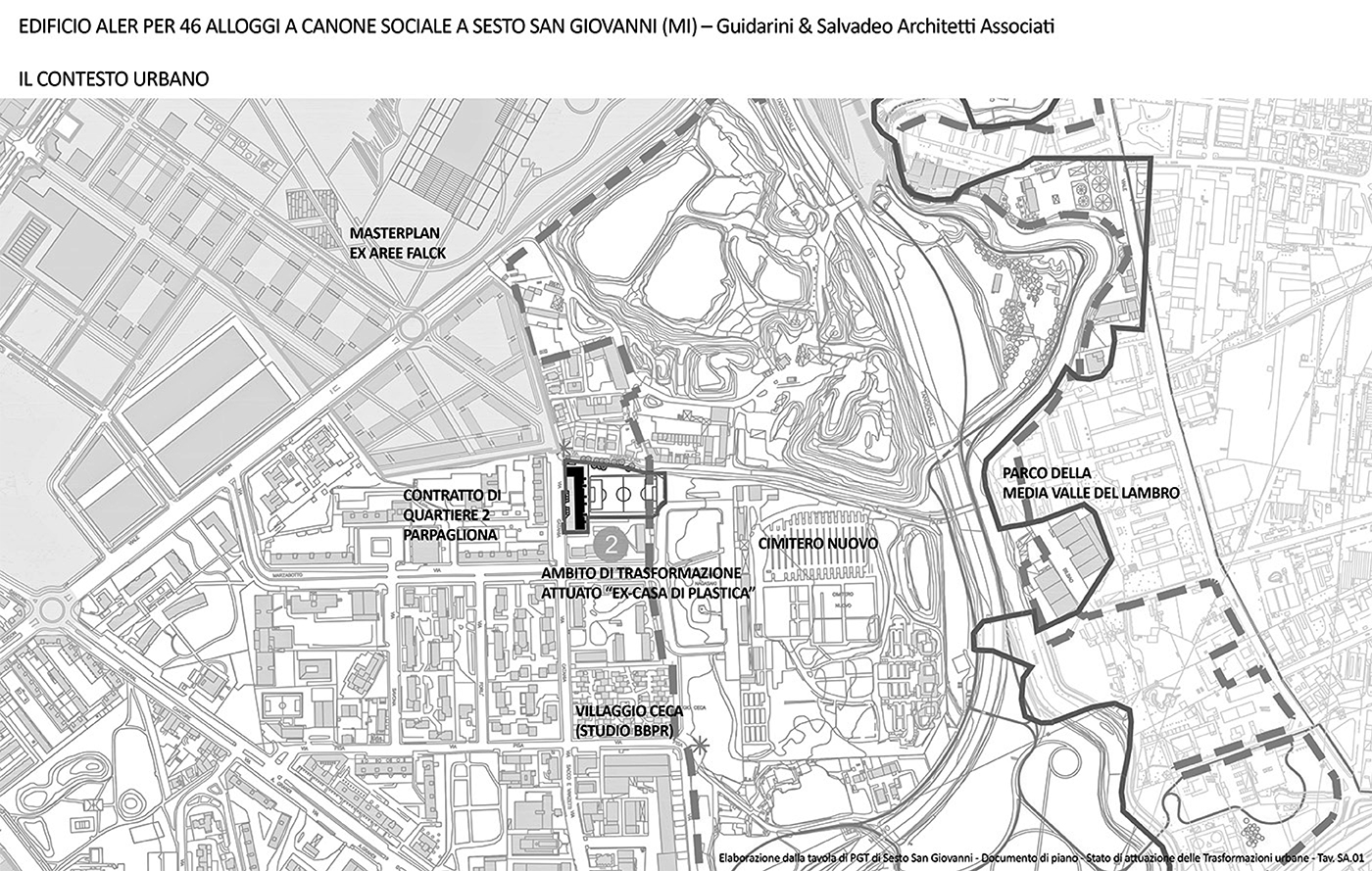 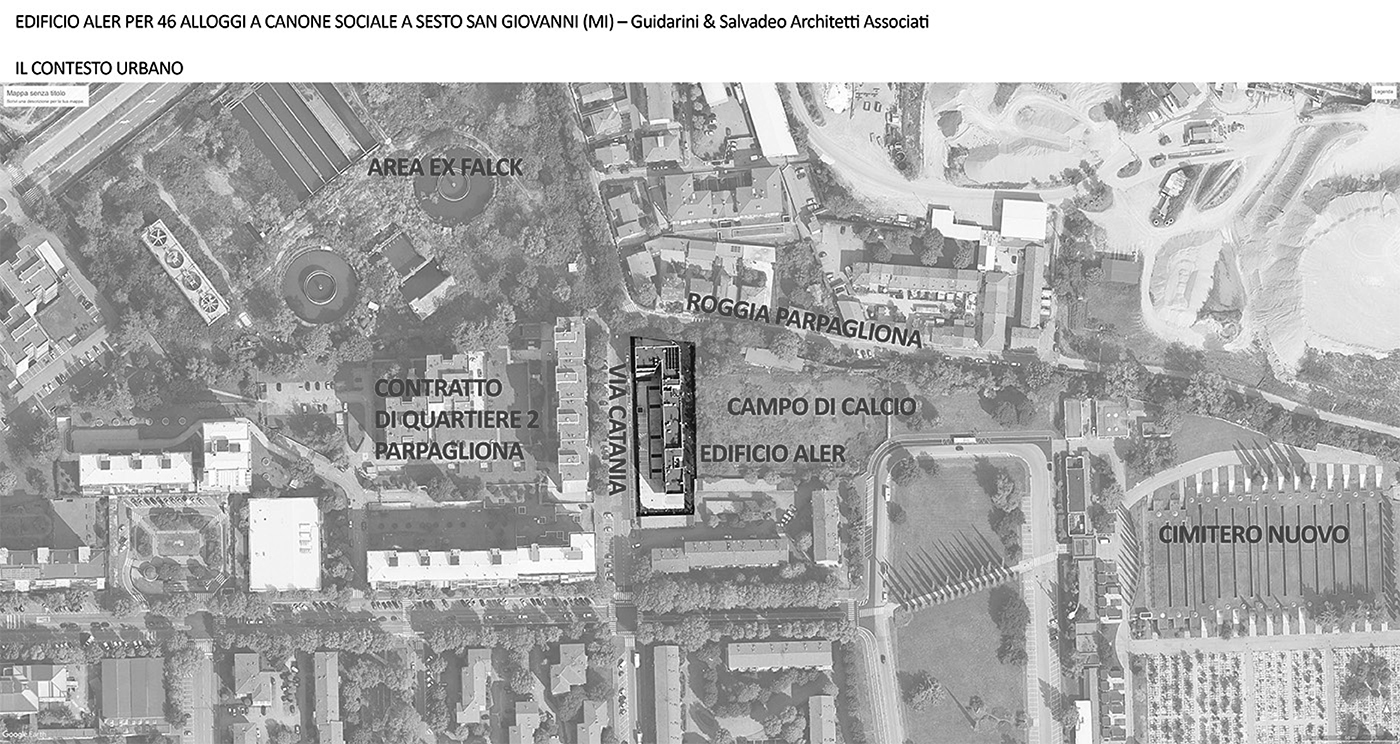 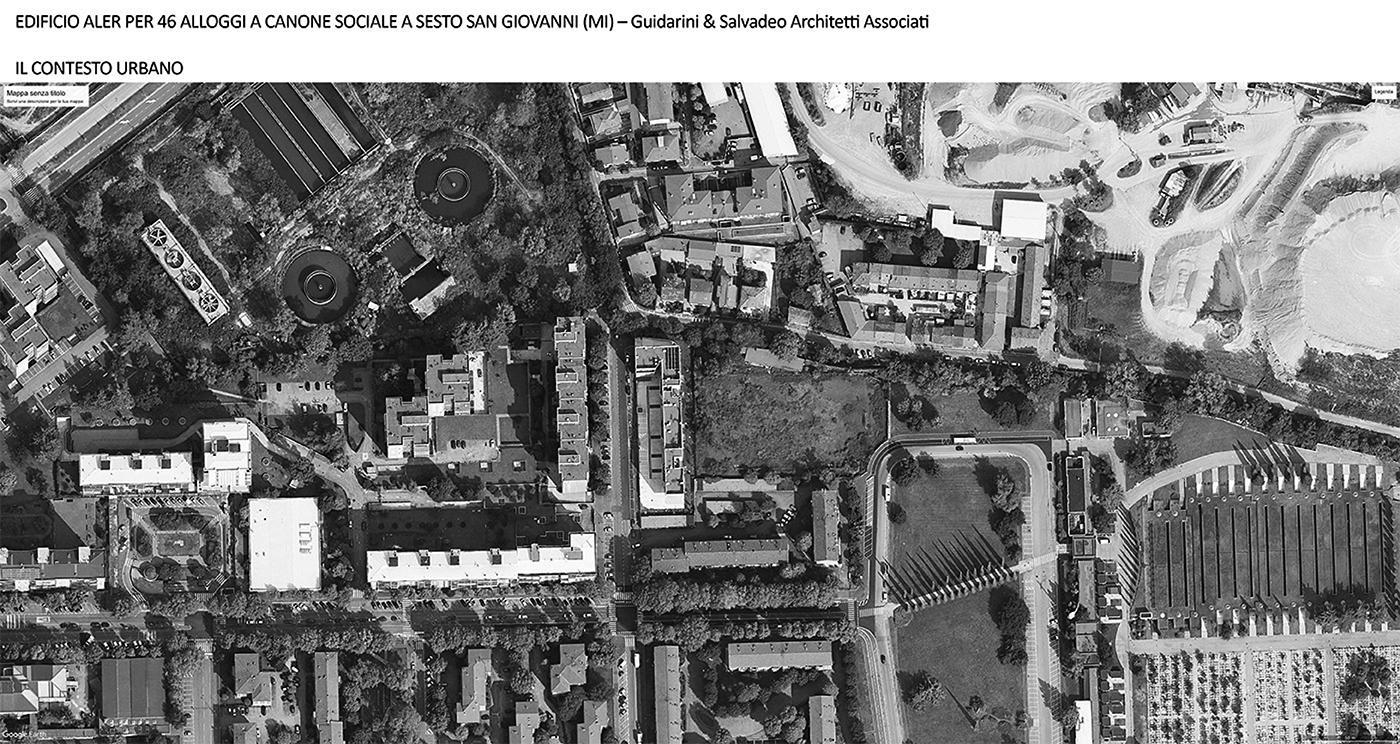 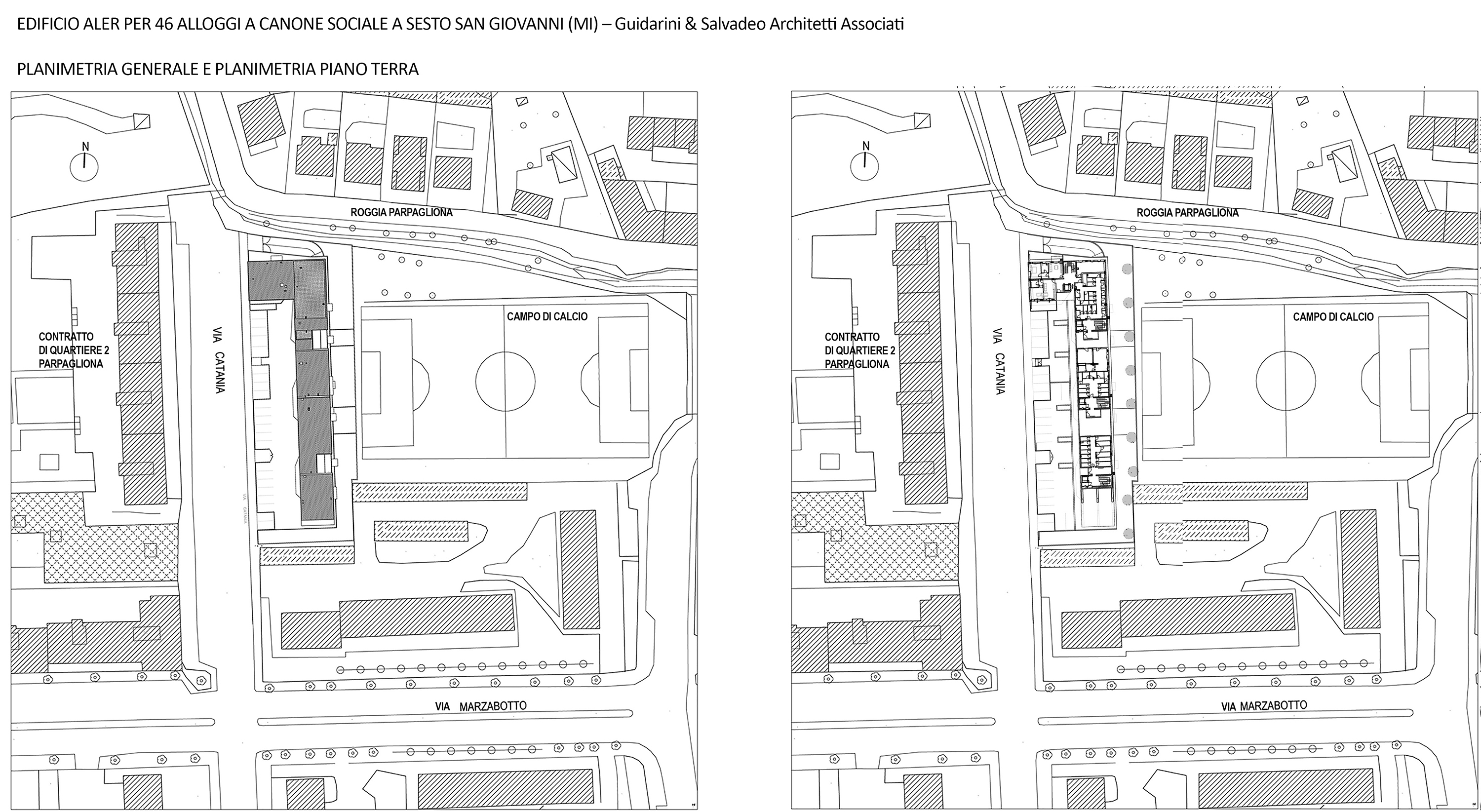 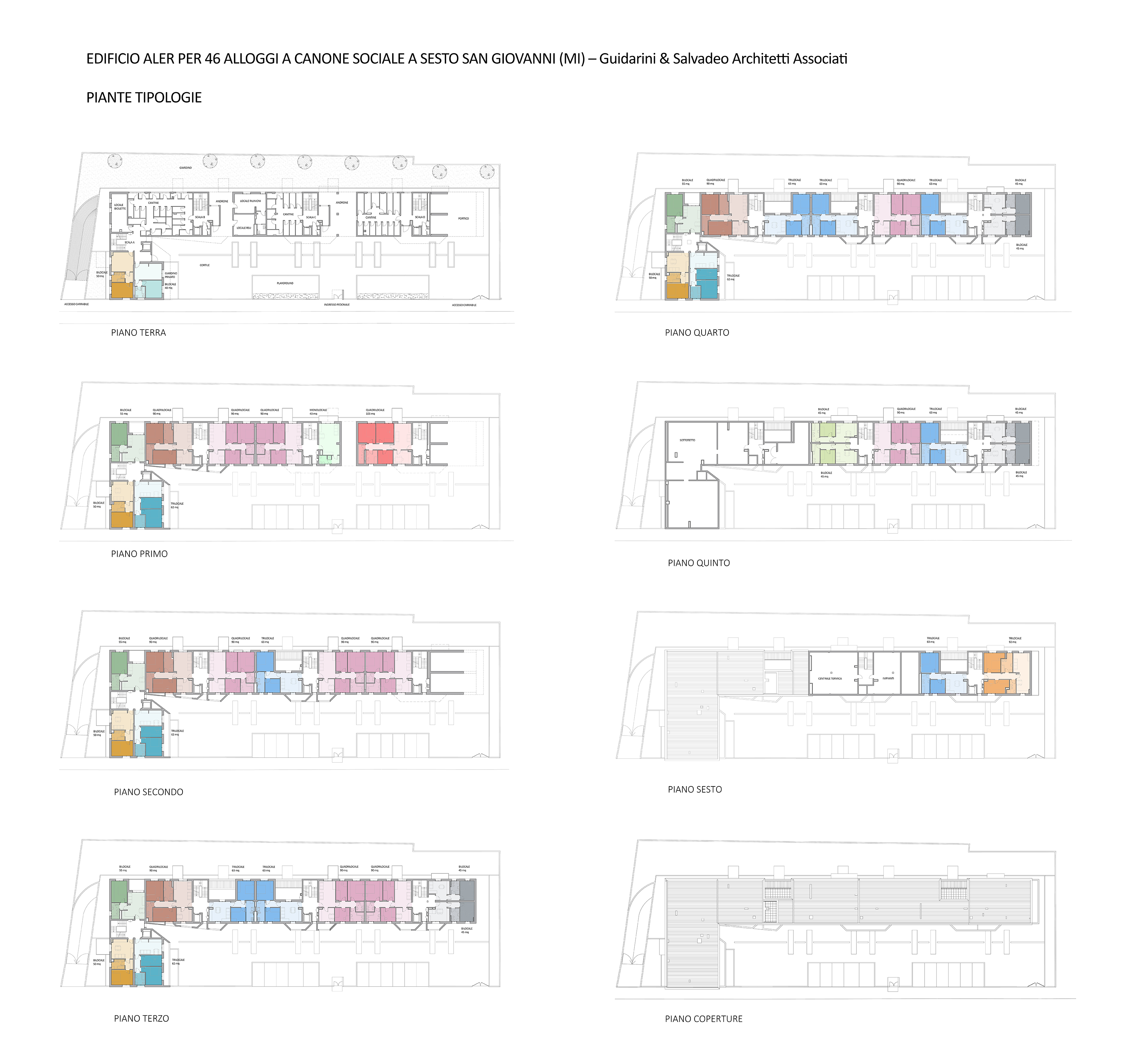 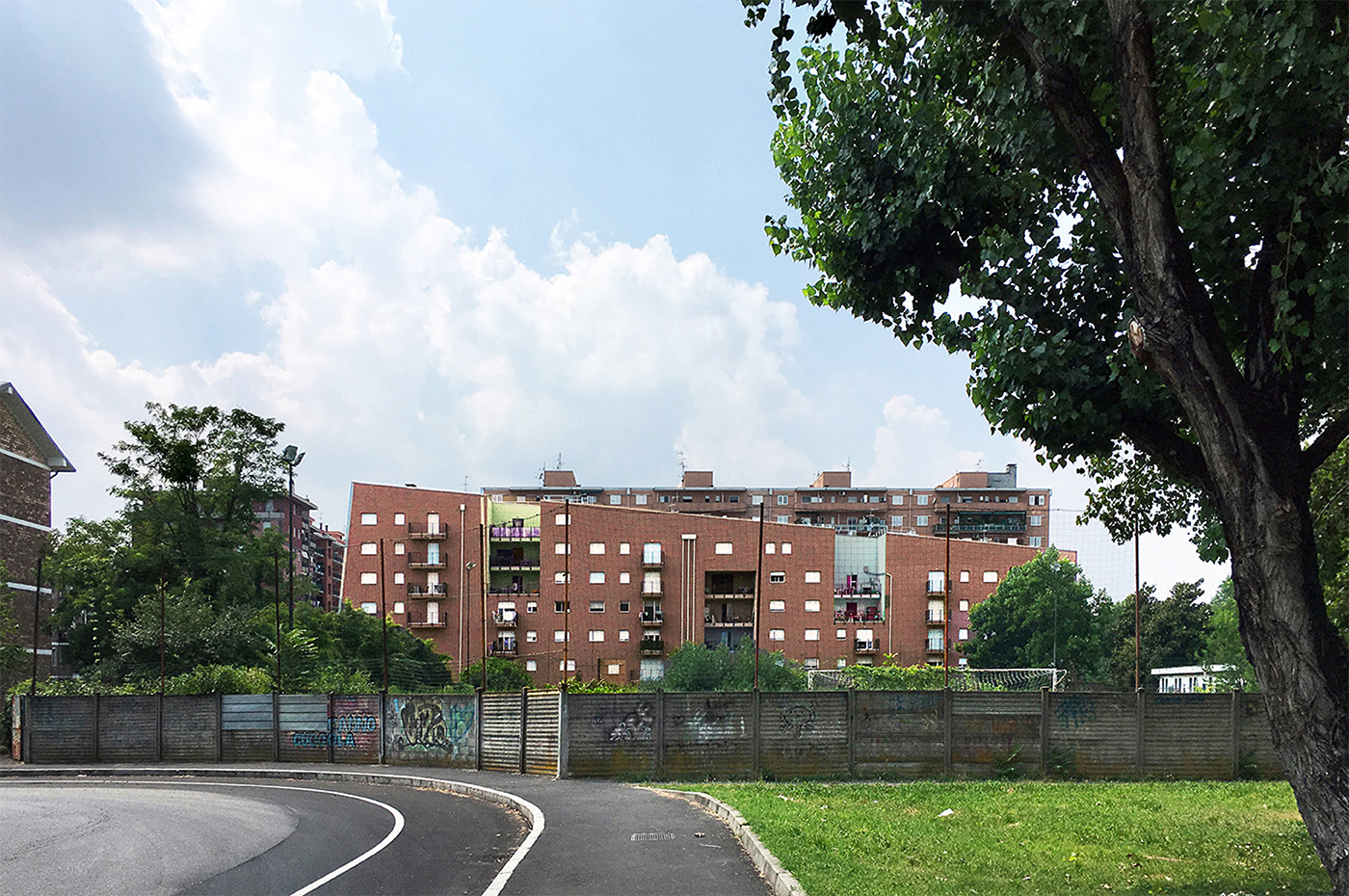 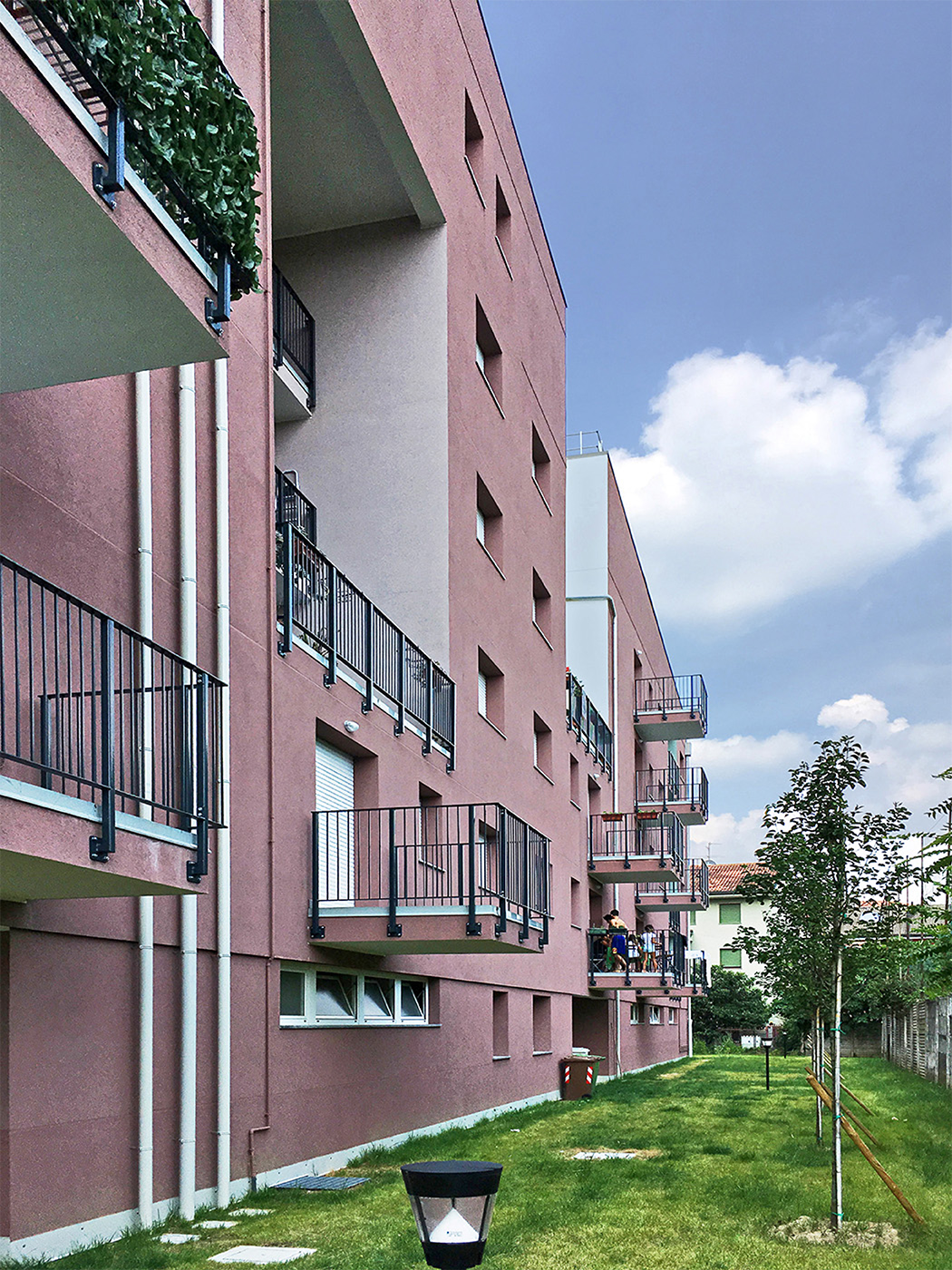 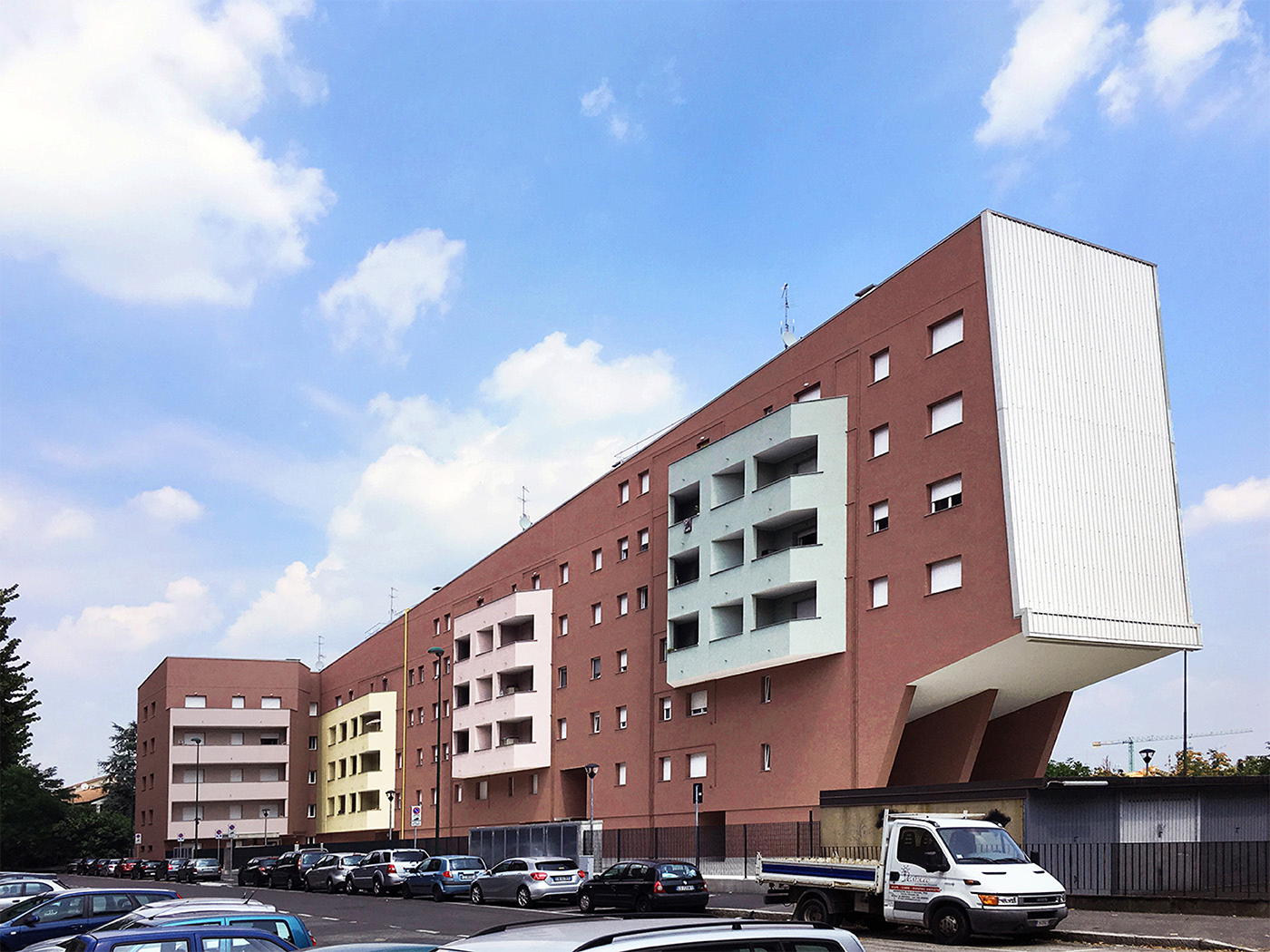 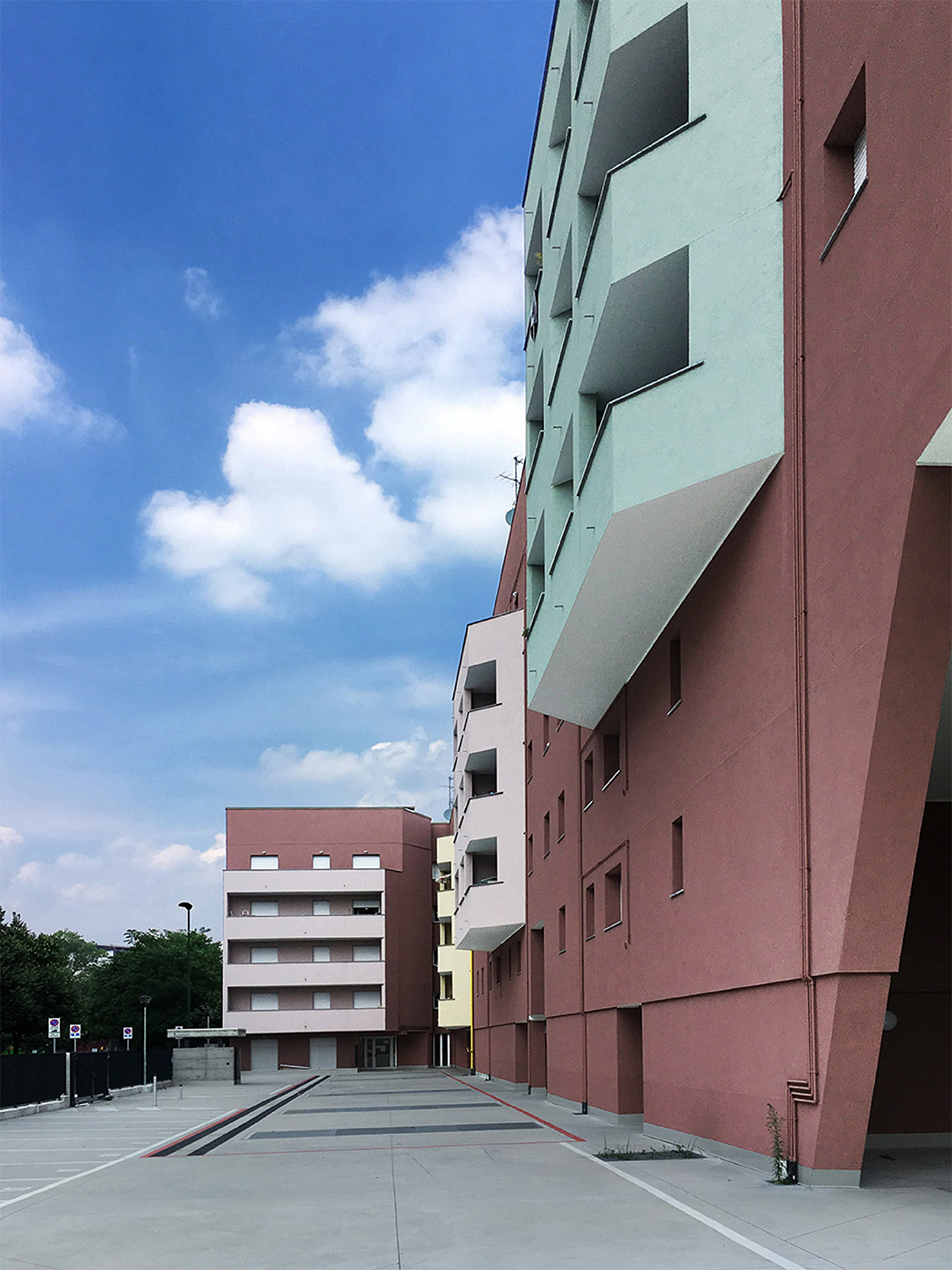 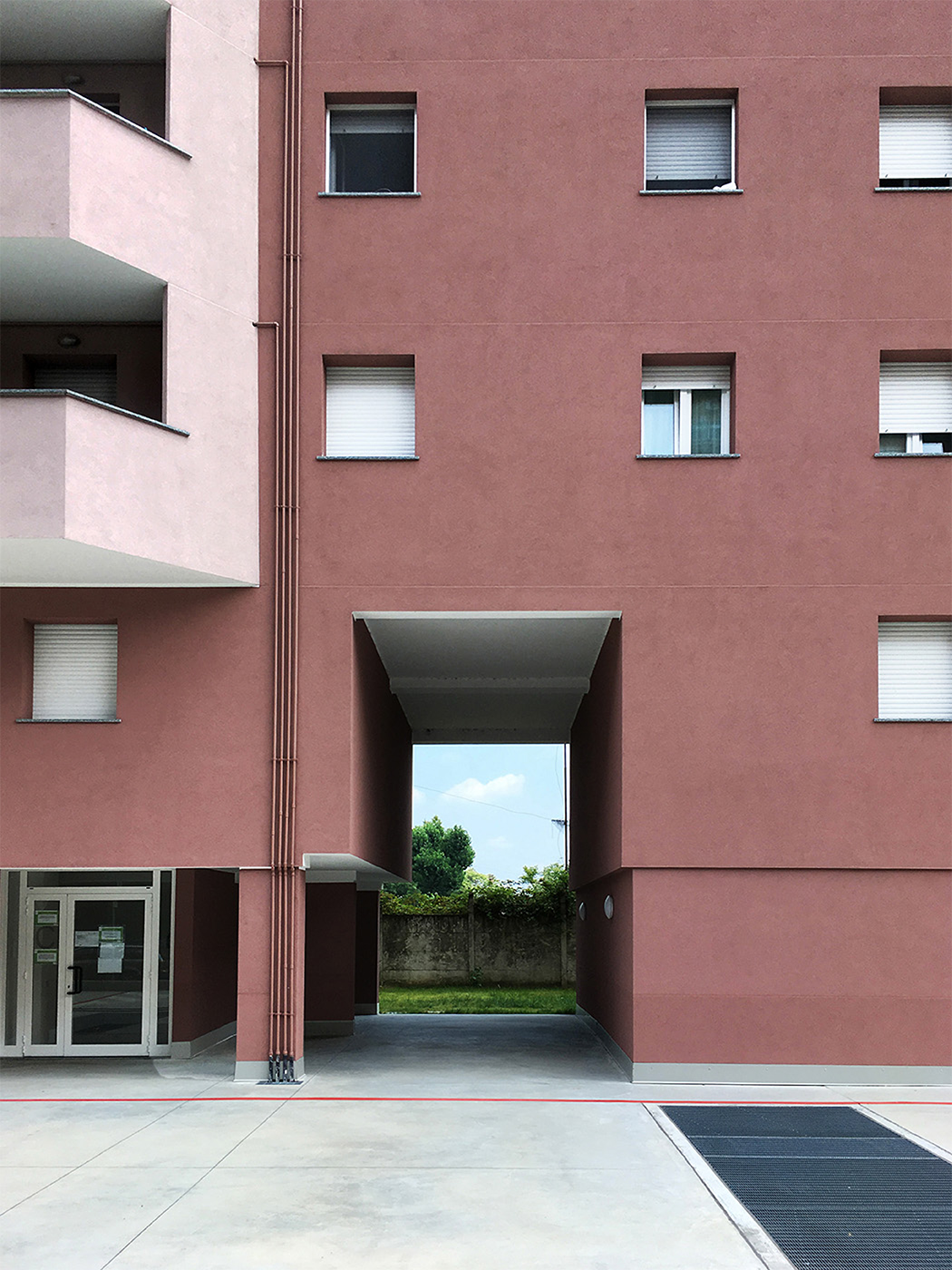 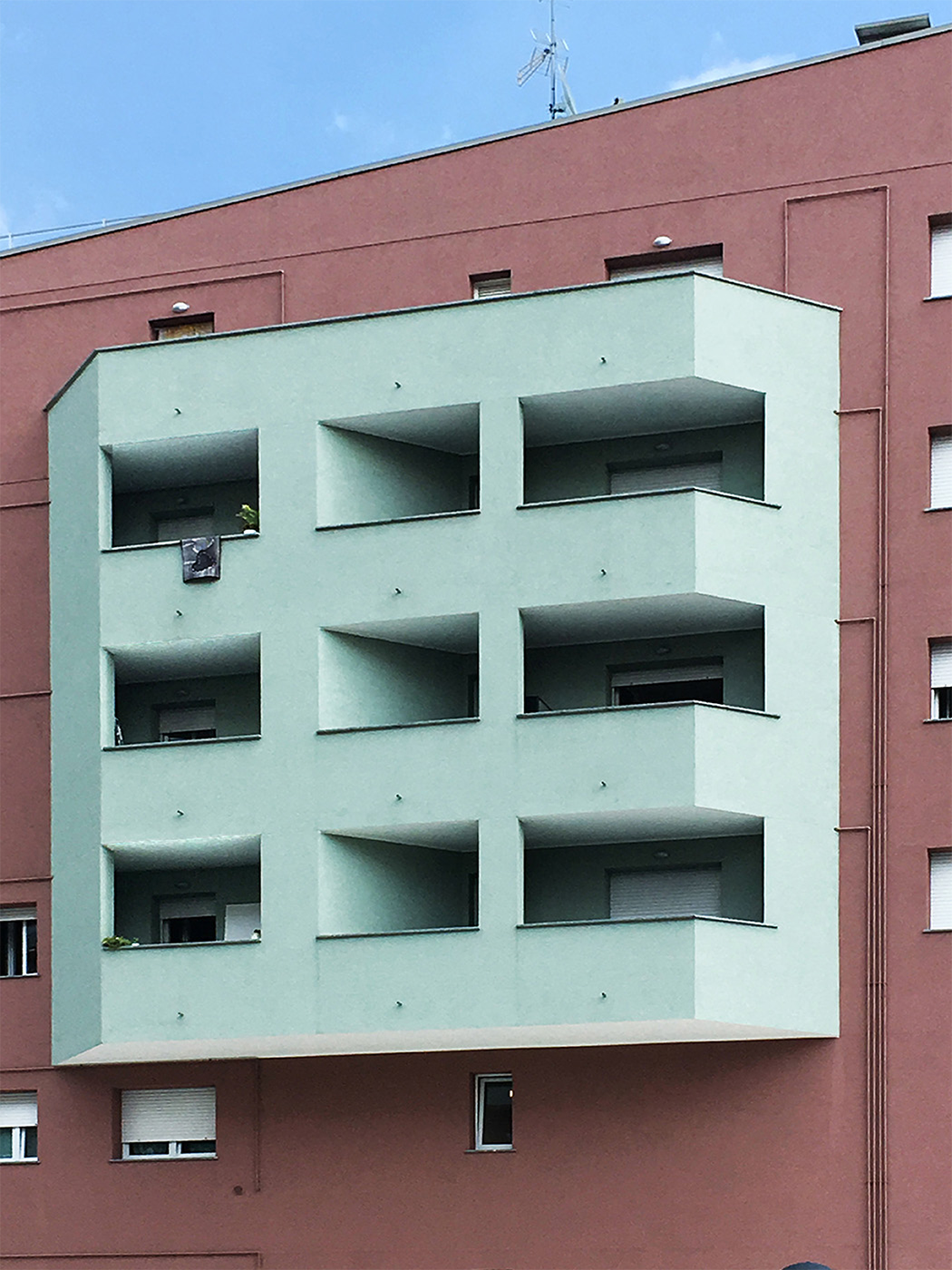 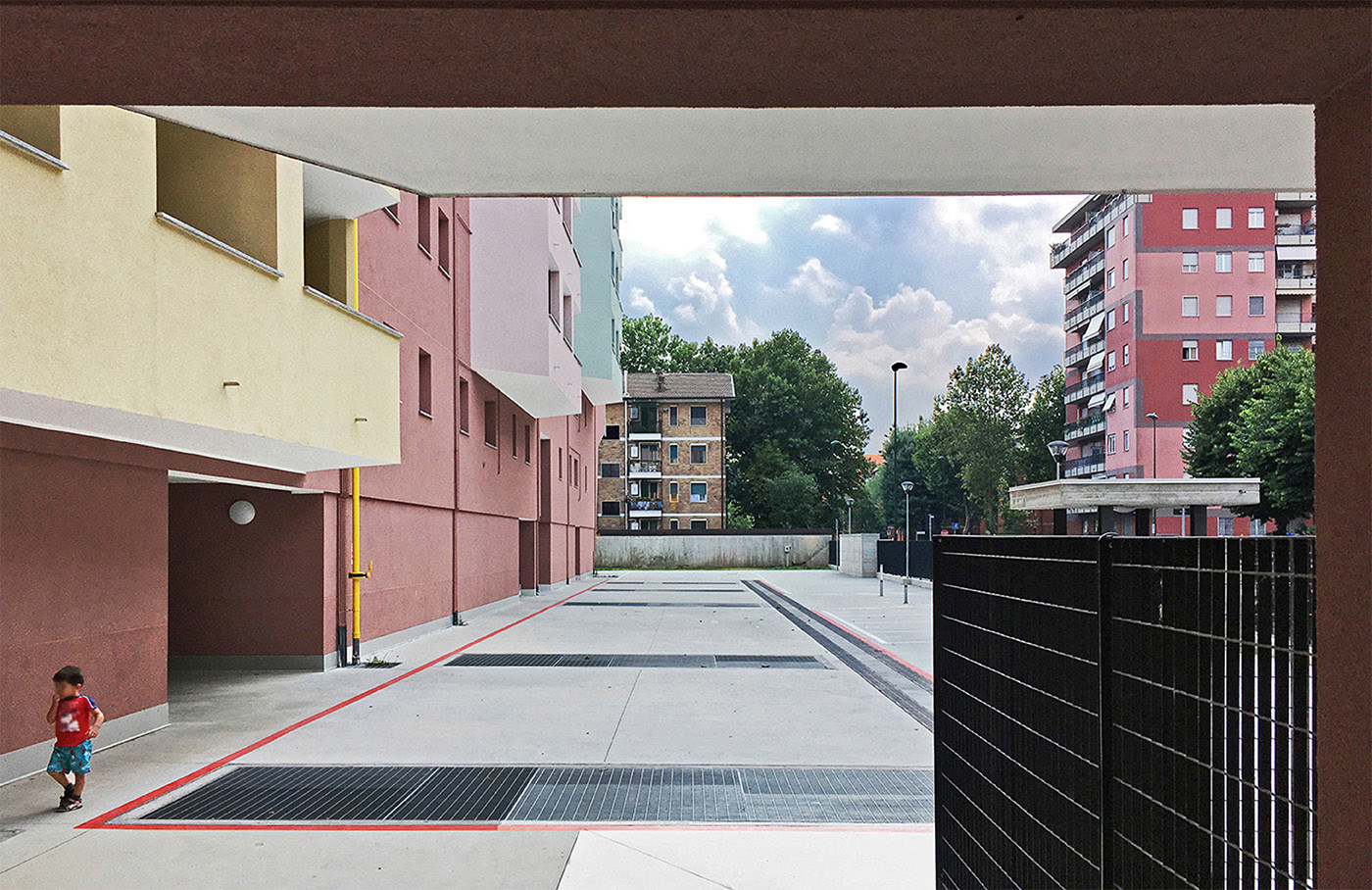 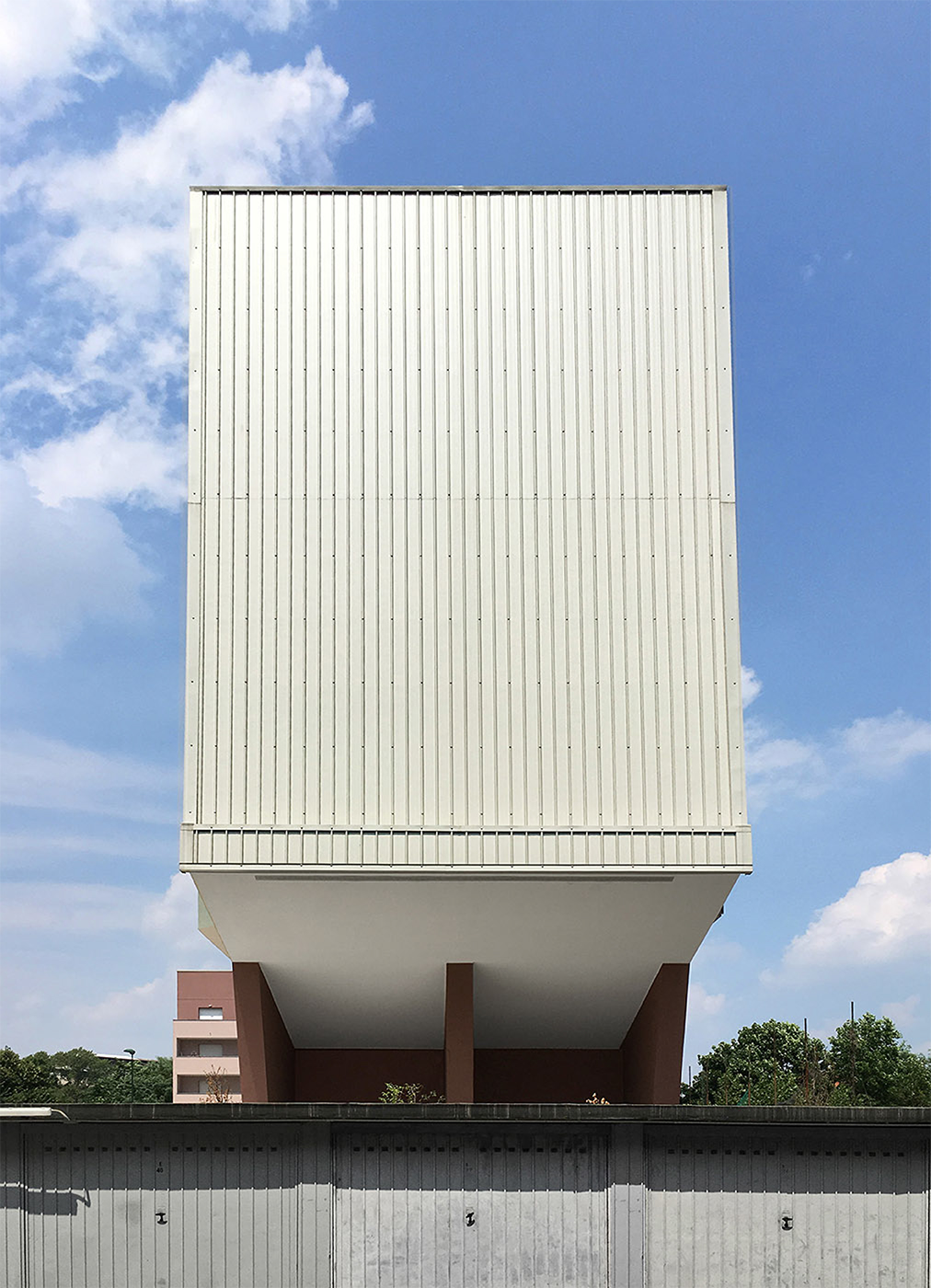 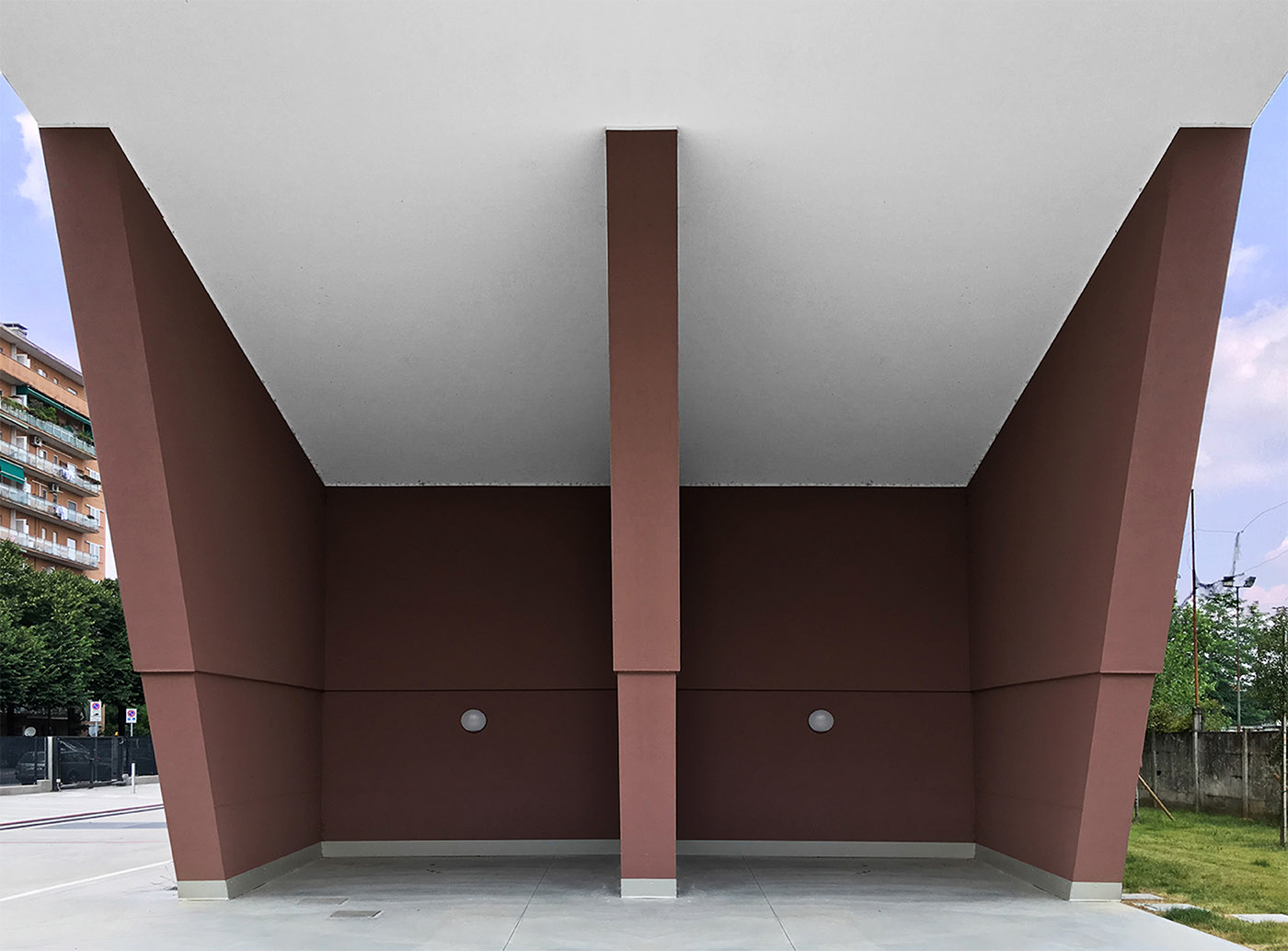 Cost of construction max: 1.230 € / sqm – Including underground parking, it is a construction cost compatible with the average public residential building in Italy.
Rental/sale cost compared to market price: Accommodation with a social fee of around € 60 / m2 per year applies to ISEE – ERP income bands of € 9,000-35,000.

Rules of allocation: Housing of Public Residential Buildings. Assignment rankings based on income and number of family members.
Protection of fragile categories: The rent cannot exceed 20% of the net income of the same household, subject to the minimum monthly fee of 70 euros.
Involvement of inhabitants in the building process: Given the mechanisms of Public Housing and its allocation rules, it was not possible to involve the inhabitants in the design process.
Community accompaniment in the life of the building: They are not foreseen at the moment.

Functional mixitè: The building is residential. There is no functional mix.
Common spaces and shared living: The common areas are those of the courtyard and some spaces on the ground floor (meeting room, bicycle room and strollers).
Techniques and strategies for environmental saving: Outer casing with external insulation. Solar panel system. Preparation of photovoltaic system. Gas thermal plant.

The intervention, a low-cost public residence, is located in the Parpagliona district, a suburban area of Sesto San Giovanni, near the new cemetery.

The project involved the demolition of an pre-existing building realized in the 70s with fiberglass façade panels, which for this reason was nicknamed “the plastic house”. Already in the 1980s it had been abandoned by the inhabitants and illegally occupied.

The history of the new project has been long and tormented. A first project in 2004 was not carried out due to the abusive occupation of the pre-existing building. Once the public funding expired in 2008, the project was again financed under the “Contratto di Quartiere 2 Parpagliona” (directed by the architect Enrico Piazza). Following this, the building was planned again to adapt it to the new regulations on structures, installations and energy savings.

The building is set back from the alignment of via Catania, with an “L” shape that interprets the dead-end condition of the road.

The plot is narrow and deep, developed in a north-south direction. The thickness of the building is therefore rather thin (about 9 meters), to allow the construction of a courtyard for collective use towards the road and to allow facing the football field on the east side. One of the advantages of this solution is that all the apartments have a double exposure.

The architectural form is characterized by a large oblique roof. The inclined section of the body of the building – from 6 to 4 floors plus the ground floor – accentuates the perspective escape towards the Parpagliona canal and refers to the closure of the road section.

A series of doorways on the ground floor allows communication with the area facing the football field. At the southern end a double-height porch is an important element of communication and permeability with the green area.

The apartments are of different sizes, from the one-room apartment to the four-room apartment, according to the regulations on Public Housing (ERS).

To give greater liveability to the apartments, very large outdoor spaces have been provided, up to the limit of the possibilities granted by the regulations.