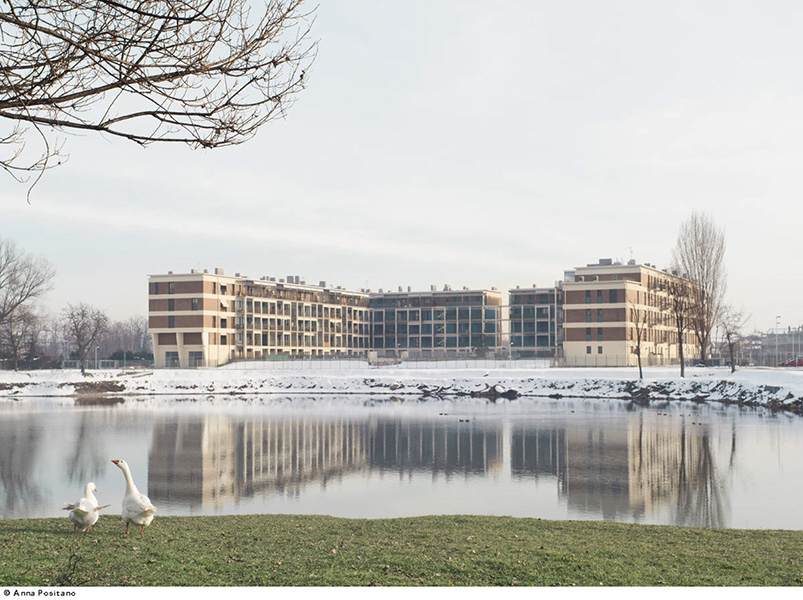 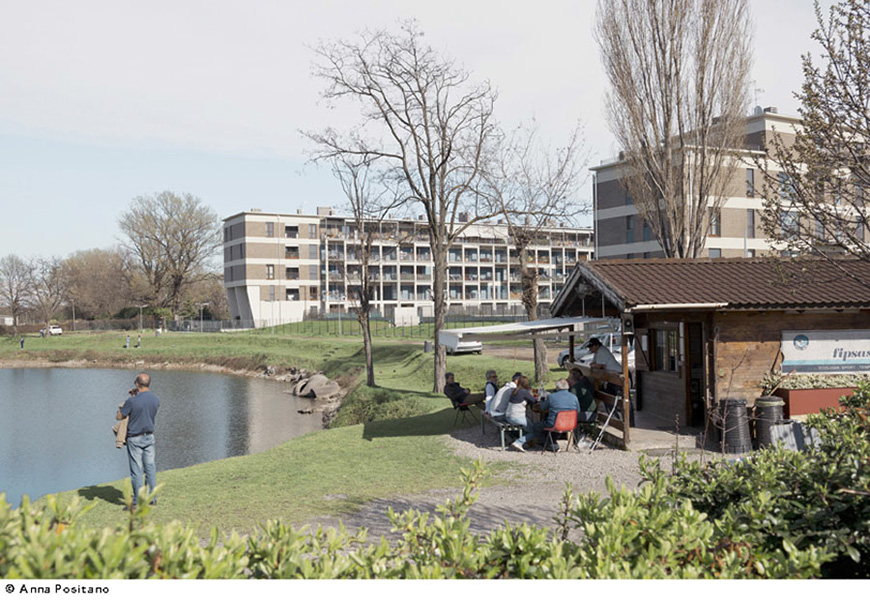 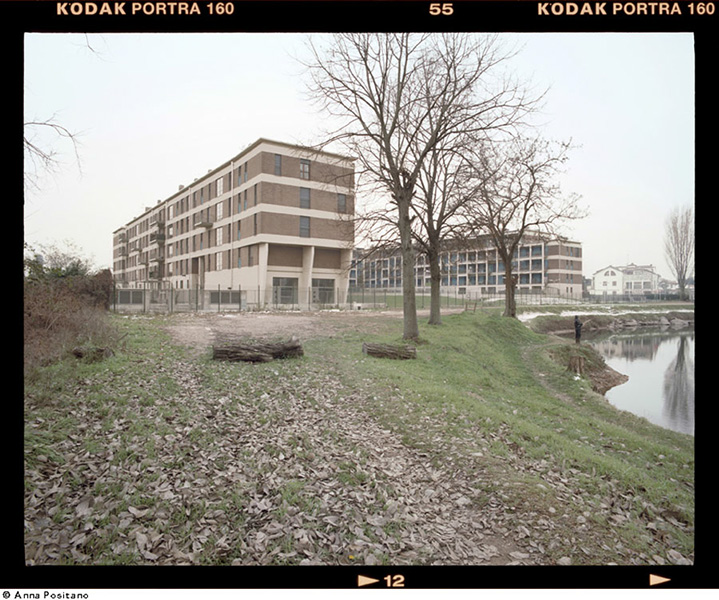 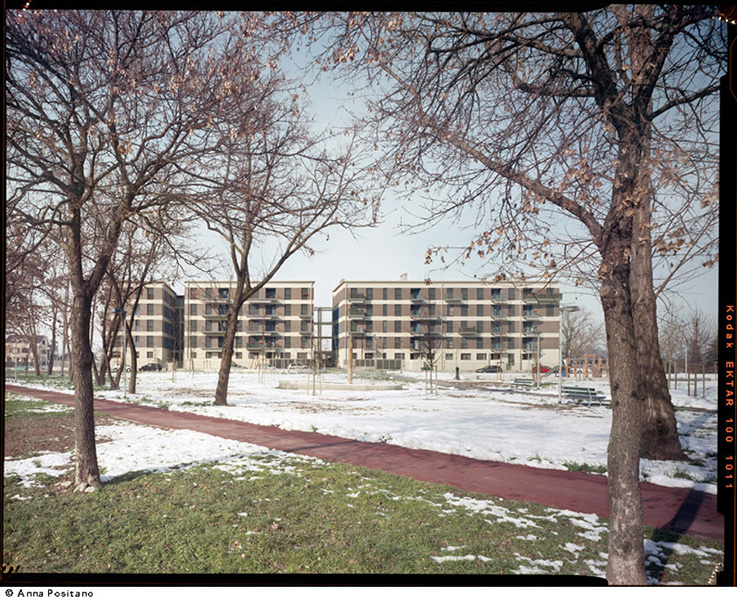 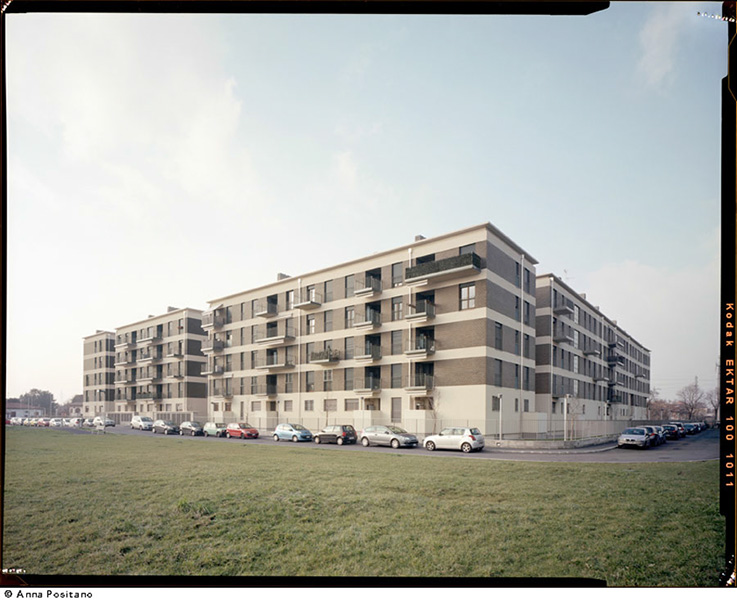 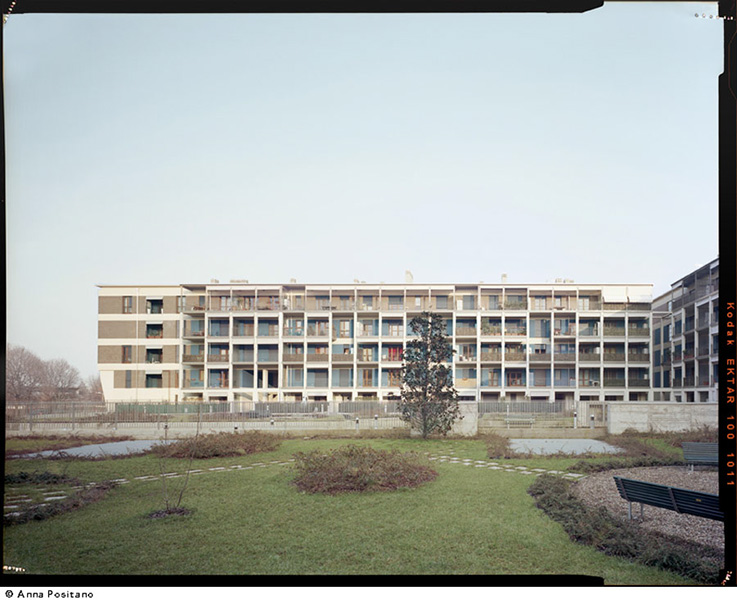 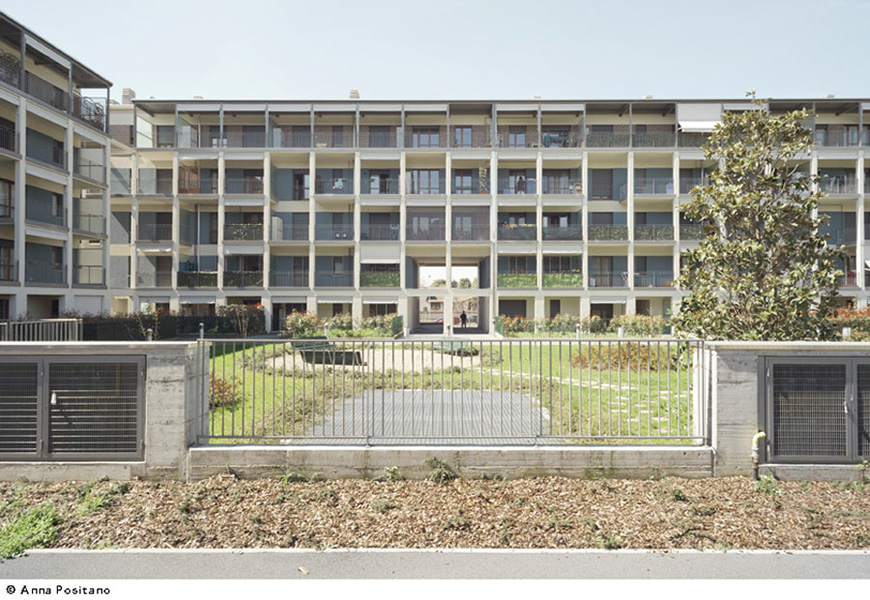 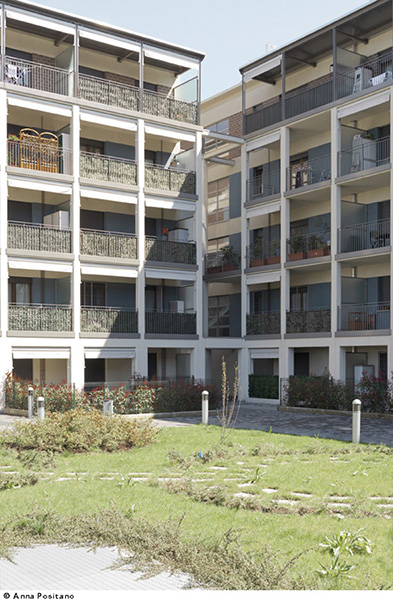 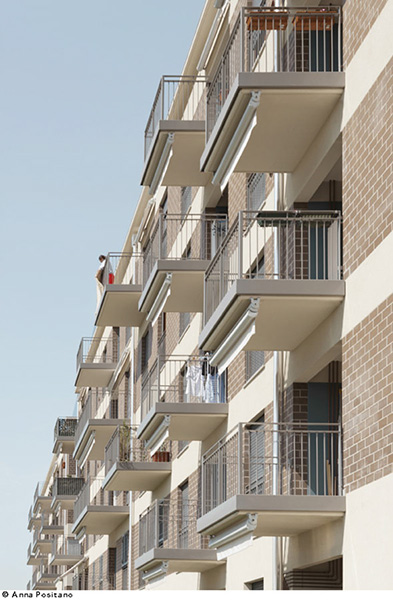 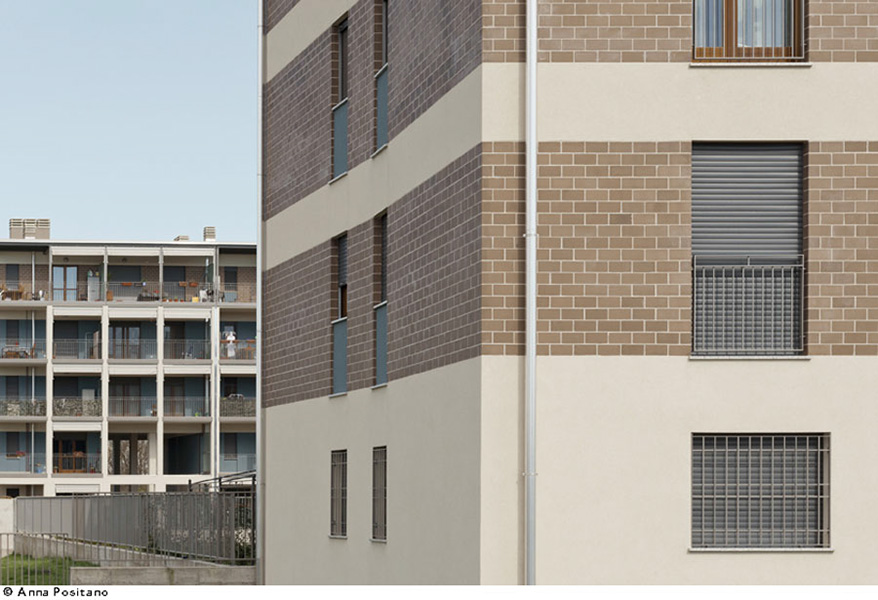 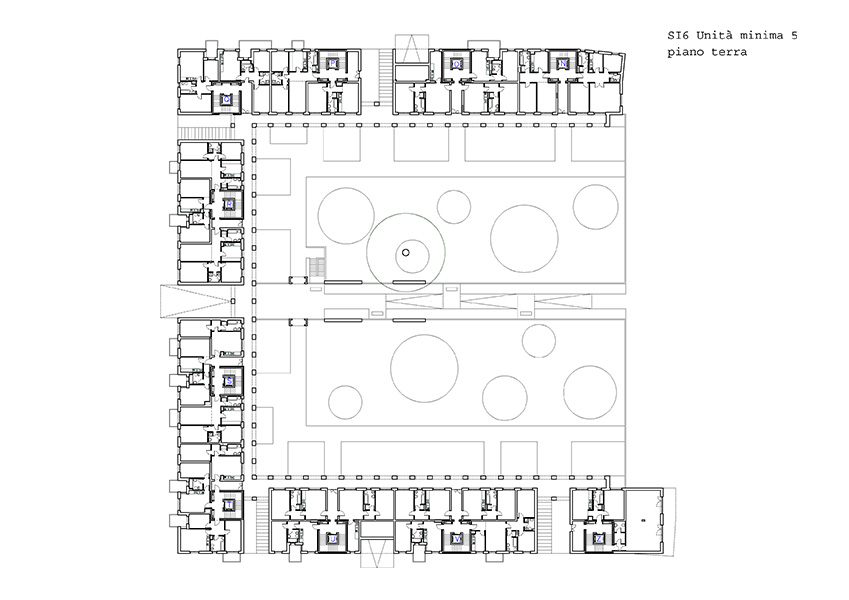 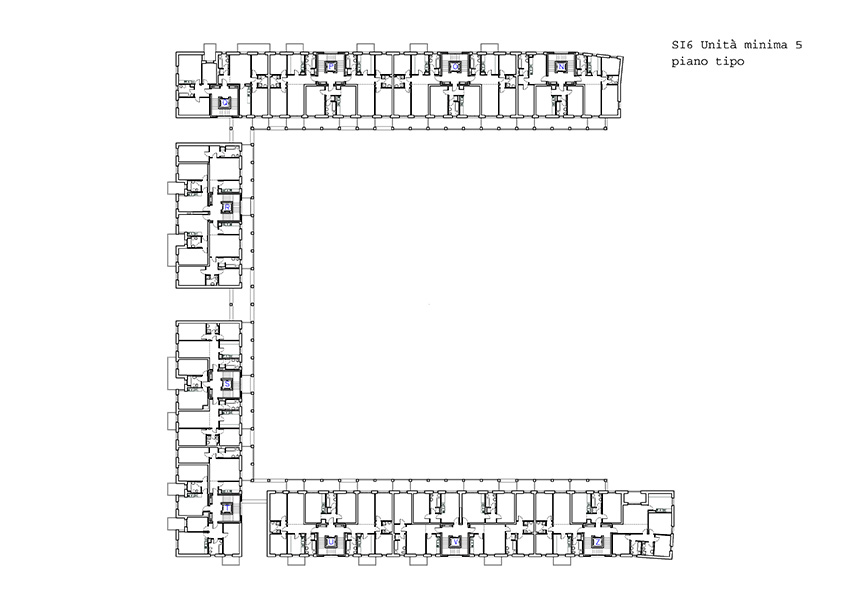 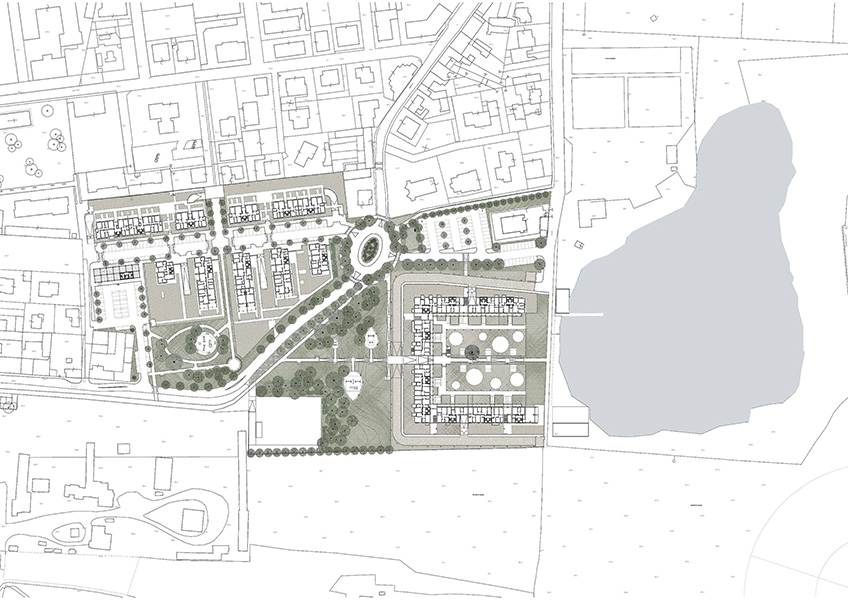 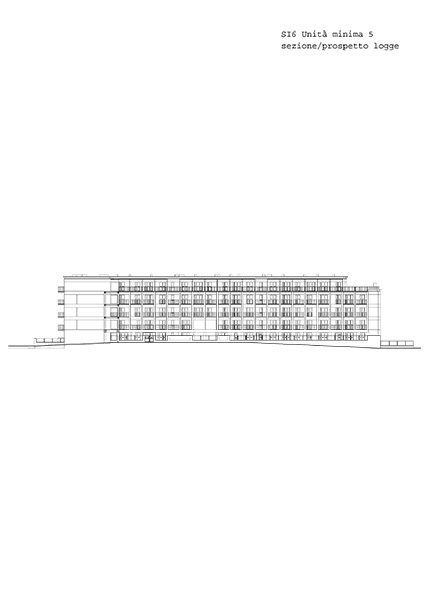 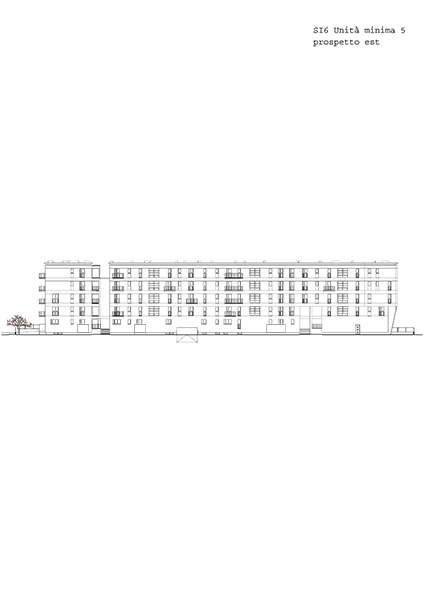 It is the west of Milan. Suggestions of a nondescript place, surreal, of a boundless earth stopped, raped, and contaminated offense, but still incredibly beautiful and full of charm. Here is the bittersweet taste of Italy that has built up too quickly. A strong identity that permeates the project in all its most intimate nook and cranny.
The Villaggio Cavour “il’è vegnuu su come i fong”, spontaneous and disorderly, at the edge of the old road between Baggio and Seguro zigzagging through the fields between houses and sheds, apparently without following any route.
The same road crosses the fund 2SI6, dividing it into two areas with very different characteristics, similar to the place where they settled.

On the one hand, on the border with the village Cavour the new building blends in with the old. The building type is due to this choice subdued: low buildings, blocks, volume non-articulated, with private gardens. Behind the same there is a square and a covered porch, both for the weekly market.

On the other hand, on the shore of Lake quarry, the attitude is opposite. In the meadow vacated a compact element is defined as an object in itself: a titanic volume on the edge of a dark quarry lake, an orphan of a daredevil past of great works.
The court arcades were, corresponding to the Minimum Unit 5A and 5B of the fund, is open to the lake and divided into four buildings, different in size, but by the same architectural design.
The project is built entirely on the constant modulus, horizontally and vertically, of 310 centimeters. The buildings leave each other at the corners and on the central axis of the court, the width of gates controlled by the rhythm of pillars and are traversed by passages from a height of two floors that allow greater permeability between the outdoor park and garden .
The lodge consists of concrete pillars, from giant proportions, welcomes its balconies and terraces.